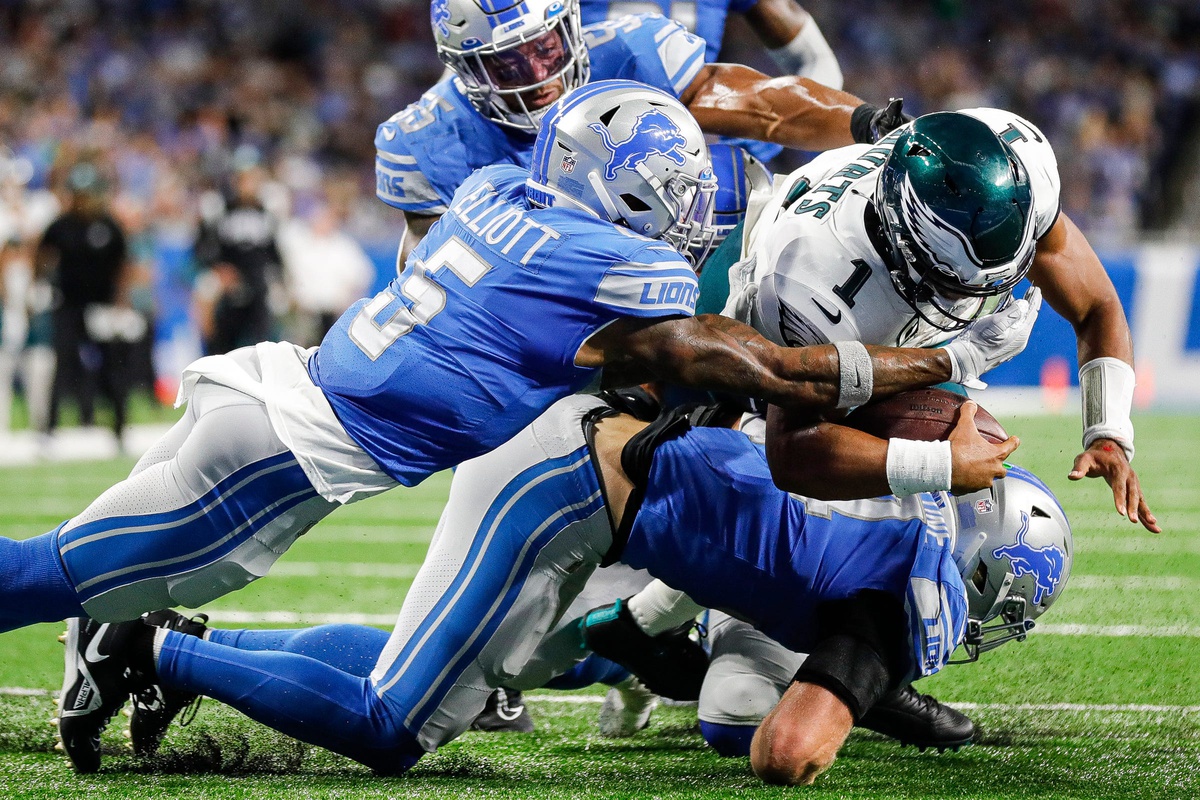 The Eagles and Vikings are on an early season Monday night collision course, and Philadelphia will start the week as an early 2.5-point home favorite, according to Tipico Sportsbook.

Monday night’s Week 2 matchup is the first time star wide receiver Justin Jefferson and the Vikings visit Philadelphia since he went one pick after Jalen Reagor in the 2020 draft.

Reagor is now a teammate of Jefferson, having been traded to Minnesota.

One of the NFL’s elite pass catchers, Jefferson has logged 3,016 receiving yards and 17 touchdowns in his first two seasons, and he’s heading to Lincoln Financial Field fresh off a nine-catch, 184-yard, two-touchdown performance against the Packers in a season-opening win.

Philadelphia Eagles are currently 3.5-point road favorites over the Detroit Lions in Week 1 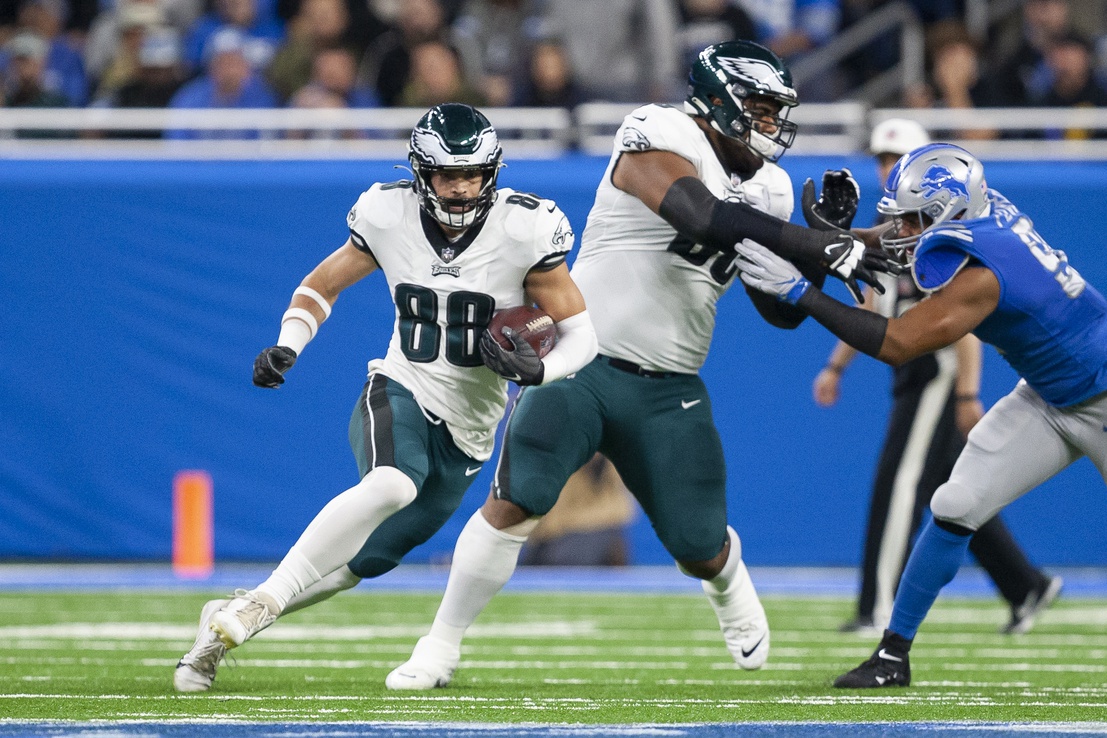 The Lions are a much-improved football team, and the ascension can be felt in Sunday’s season-opening odds where the Eagles are only slight favorites on the road.

Philadelphia thumped Detroit 44-6 last season on the road, and it was the start of Nick Sirianni’s run-first mentality that catapulted the Birds to postseason play.

Tipico has the opening odds, and the Eagles are just 3.5-point road favorites. 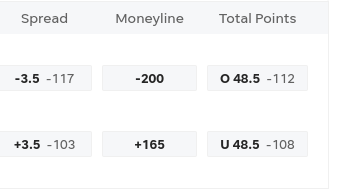 Detroit is fresh off being featured on HBO’s “Hard Knocks,” They’ll face Philadelphia with an improved record and hopes of improving on last year’s 3-13-1 record. 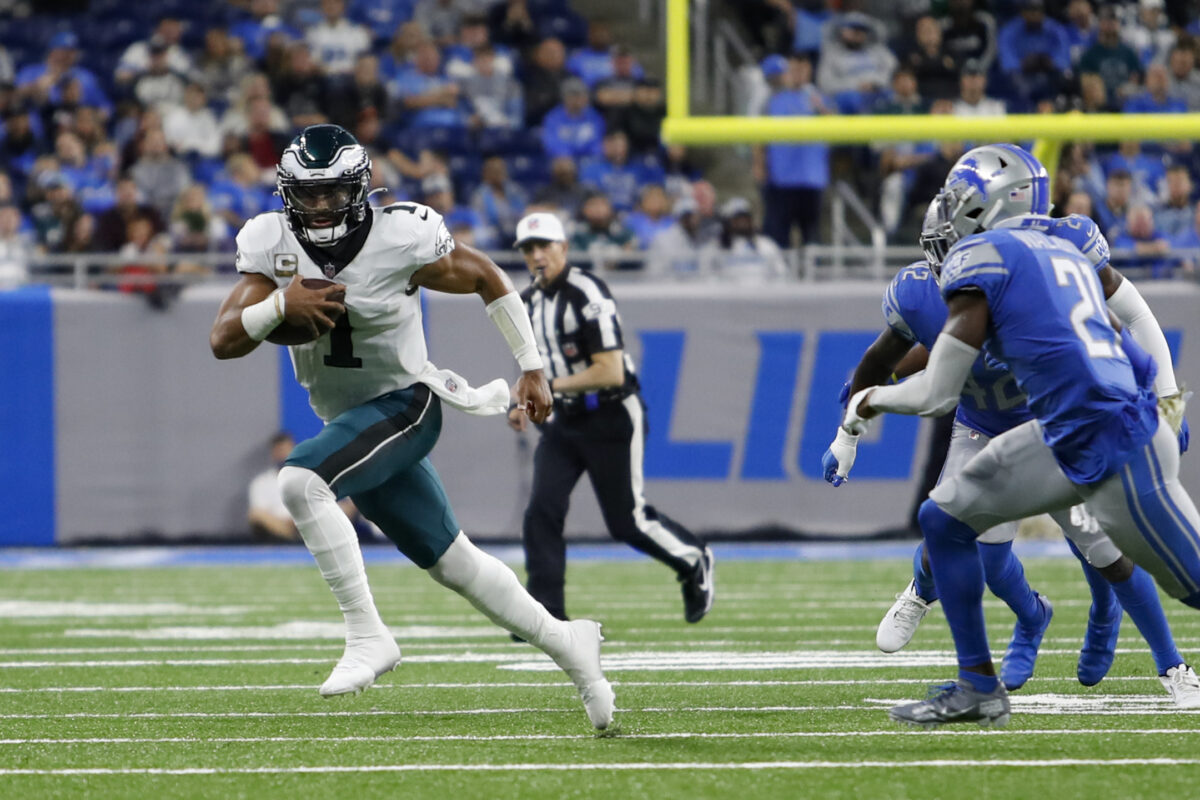 The Eagles will open the 2022 regular season on the road against the Detroit Lions on Sunday, September 11, and the Birds will be slight road favorites according to early betting lines from Tipico Sportsbook.

This will be the first time Philadelphia and Detroit have opened a season against each other and the contest will mark the third consecutive year the Eagles have opened up on the road, which is the team’s longest such streak since 2011-13.

After a disastrous loss to the Raiders, Philadelphia found its identity at Ford Field the following week, as the Eagles dismantled Detroit 44-6 in a game that featured 236 rushing yards, along with a defense that battered quarterback Jared Goff with six sacks, and added a scoop and fumble return for a touchdown by Darius Slay in his return to Detroit.

Think you know how Day 2 of the NFL Draft will play out? Play our free challenge for a chance to win a $1,500 gift card! 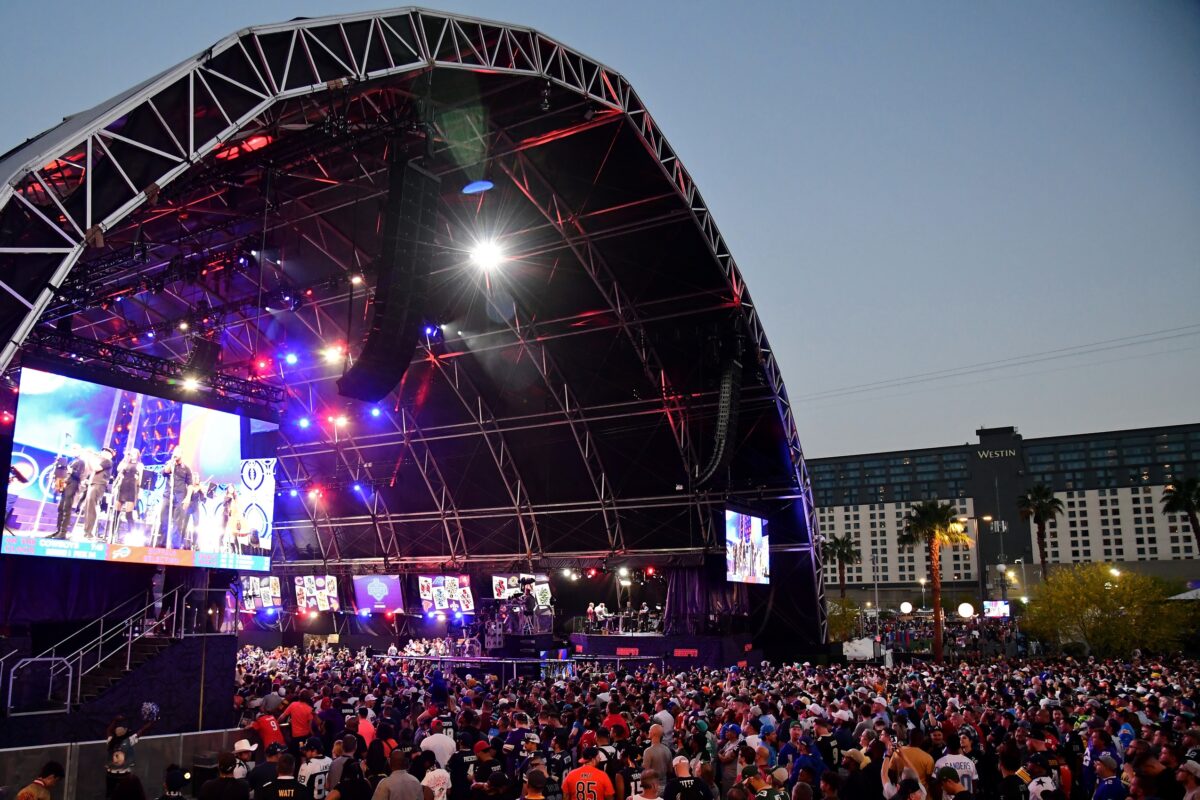 The first round of the NFL Draft was a wild one and the second day of action will likely be no different as teams continue to move around the draft board as well as move veterans to other squads.

Think you have a good pulse on how the second day of the NFL Draft will play out? A $1,500 gift card is yours to win if you do in our free-to-play predictive NFL Draft contest.
Answer the 10 questions below, plus a tiebreaker correctly for your chance at winning through Daily Ticket, powered by Tipico Sportsbook.
Pick. Play. Win. Repeat. On Us.
Must be 21+ to enter. Terms and conditions apply, see website.
[chalkline game=”nfl-draft-challenge”]
For additional daily free sports pick’em games to play, visit the game lobby at Daily Ticket.

What is your bet for Sunday afternoon’s contest? 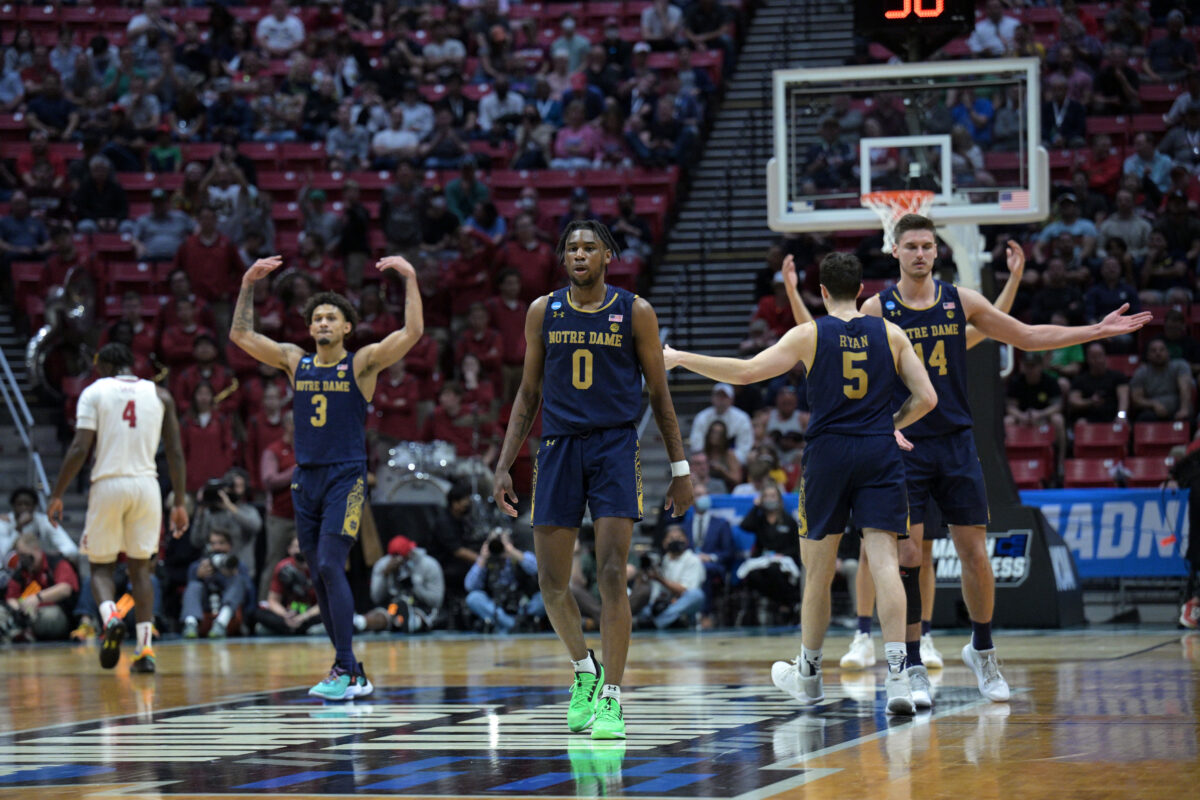 Notre Dame survived a double overtime thriller against Rutgers just to get into the field of 64 and then had one of their best showings all season long in beating sixth seeded Alabama.  Up next is a Sunday afternoon date with third-seeded Texas Tech with a ticket to the Sweet 16 on the line.  Can the Irish put together what it takes to take down Tech and advance to their first Sweet 16 since March of 2016?

We’ll give you the latest point spread, money line odds and over/under number, as well as the information you’ll need to make the smartest bet at Tipico Sportsbook.

Click here to place your bets at Tipico Sportsbook.

Do the Irish beat Alabama today? 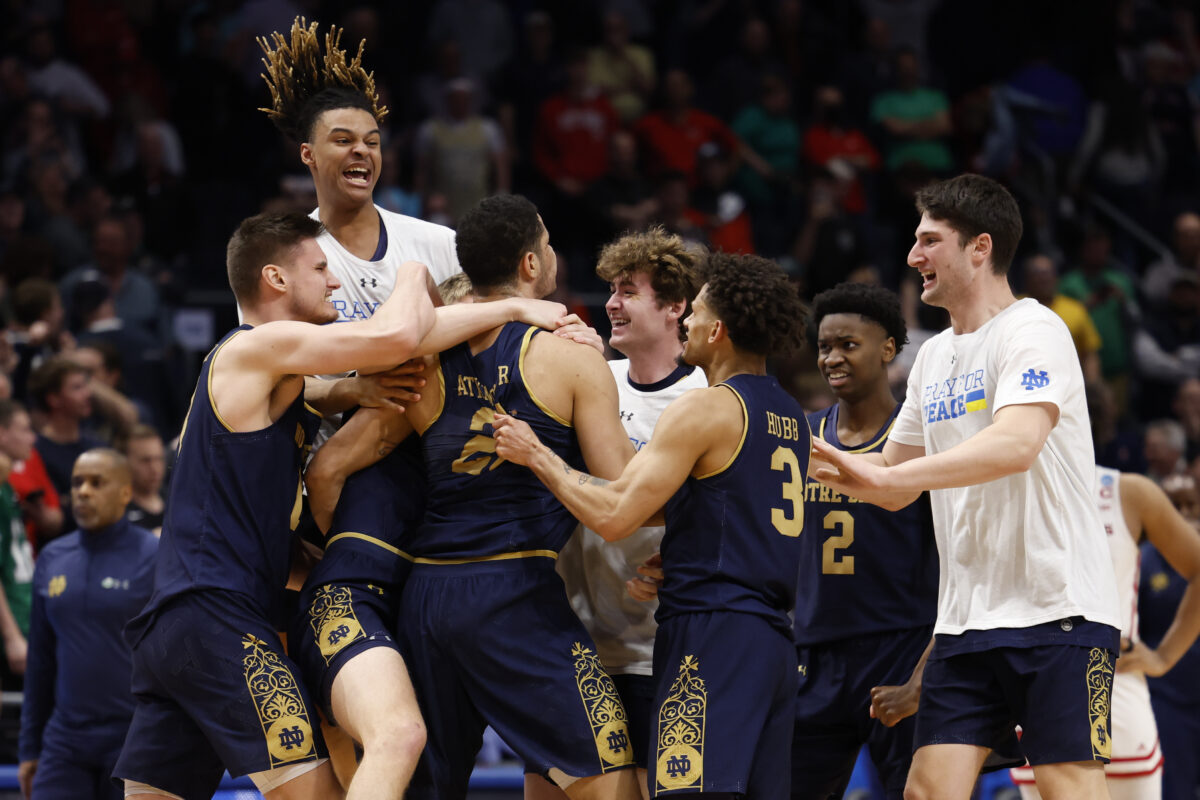 Notre Dame, fresh off a thrilling double-overtime victory over Rutgers in the First Four, is out west to take on sixth-seeded Alabama in the NCAA Tournament first round.  If you’re looking to do some last-minute betting research, you’re in luck! We’ll give you the latest point spread, money line odds and over/under number, as well as the information you’ll need to make the smartest bet at Tipico Sportsbook.

The lines, courtesy of Tipico Sportsbook

Click here to place your bets at Tipico Sportsbook.

Notre Dame was among the very last teams in the tournament after a second place finish in the ACC during the regular season while Alabama was safely in as an at-large team in what was a very challenging SEC.

Should Notre Dame be an underdog tonight? 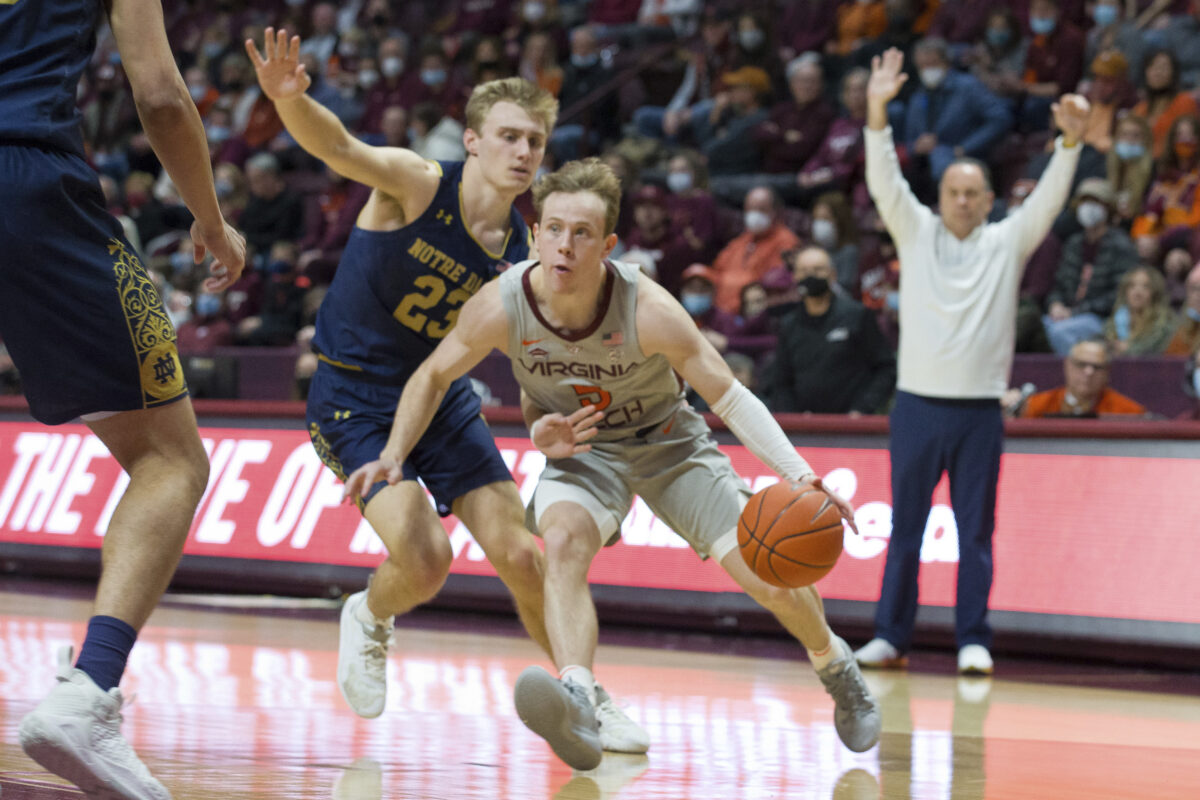 Notre Dame started the 2021-22 basketball season rather slow but turned things around starting in December.  Mike Brey’s Fighting Irish started just 4-5 but went on to get hot in the ACC season going as they ended the regular season 22-9 and 15-5 in conference play.

Now what can Notre Dame do in the postseason?

The Irish seem fairly safe in getting in the NCAA Tournament although stranger things have happened.  A win in Notre Dame’s ACC Tournament opener would go a long way in eliminating any doubt.

Here is what you need to know about Notre Dame’s quarterfinal ACC Tournament opponent, Virginia Tech.Virgini

What is your pick for Saturday afternoon’s regular season finale? 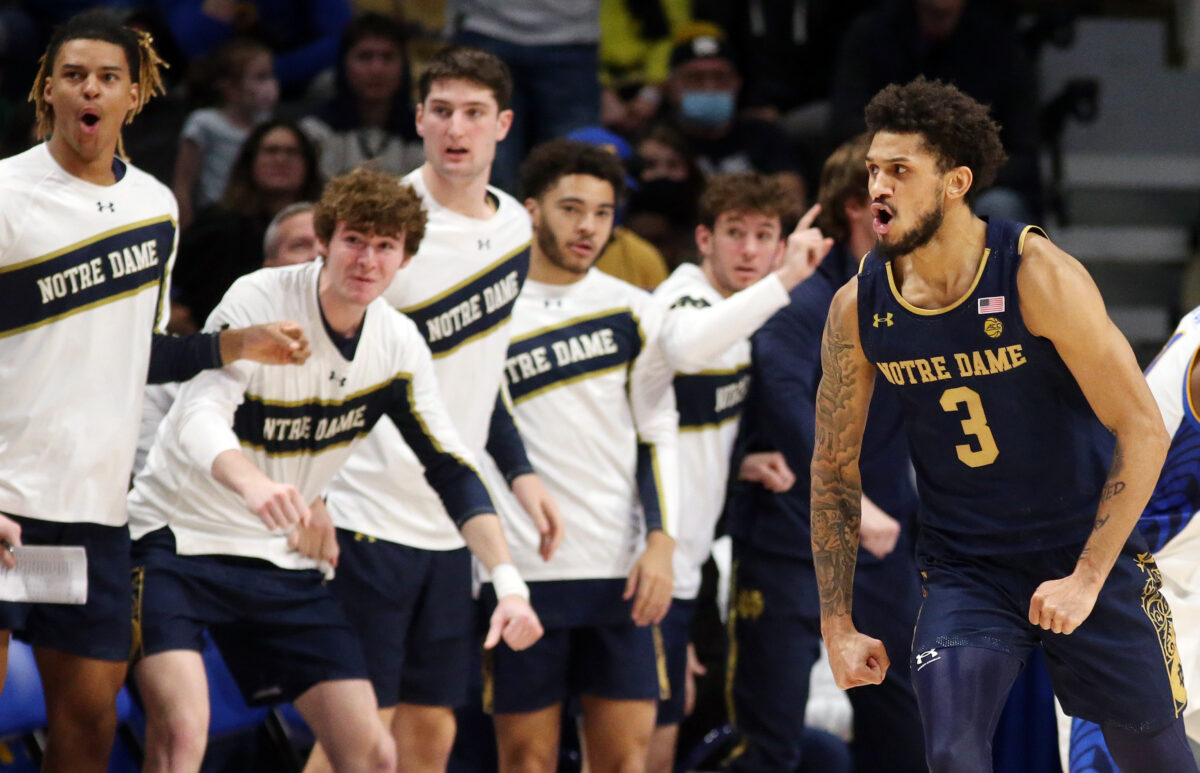 Notre Dame basketball hit a road bump on their likely journey to the NCAA Tournament earlier this week as the Irish fell in Tallahassee.  Up Saturday afternoon is the final home game for the Fighting Irish as they’ll take on a struggling Pitt squad.

Notre Dame is expected to win on senior day, but how big of a favorite are the Irish in the regular season finale?

What is your pick for tonight? 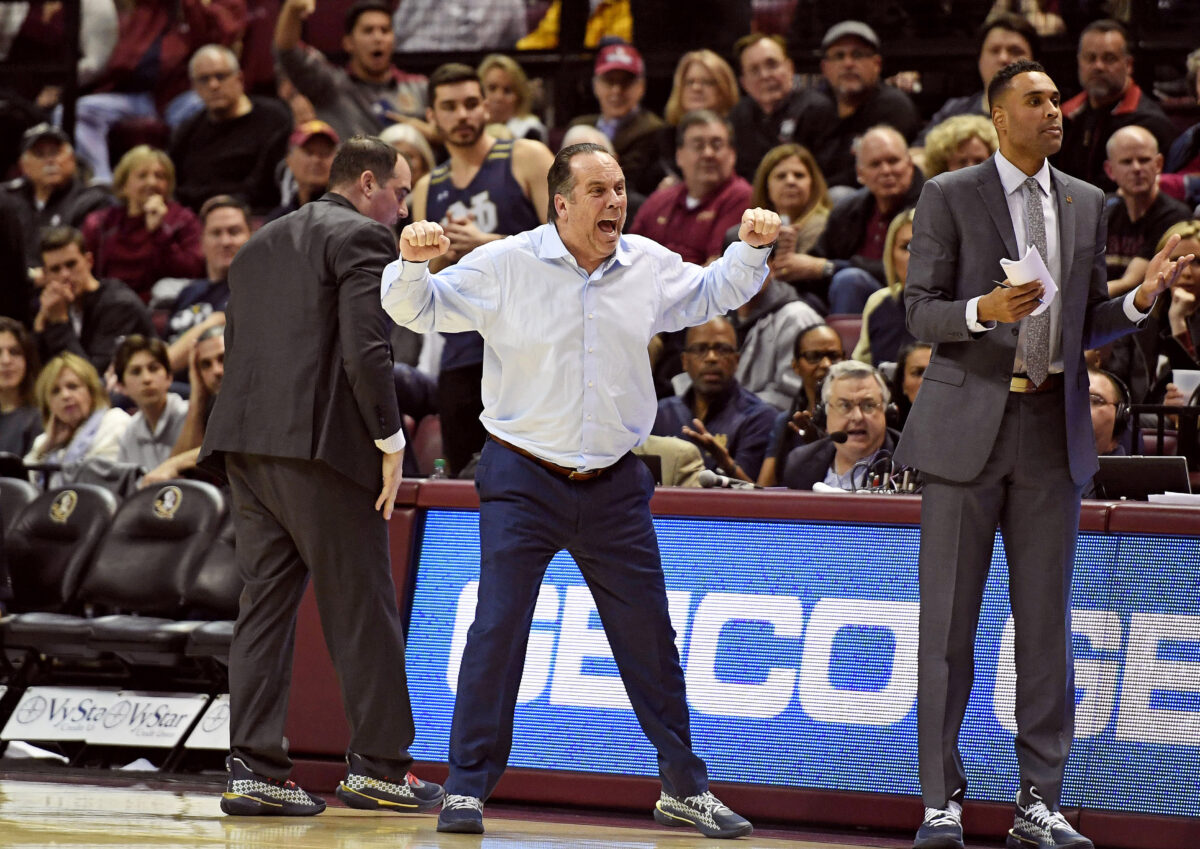 Notre Dame has had quite the impressive turnaround this season under Mike Brey as the Irish appear headed back to the NCAA Tournament for the first time since 2017.

Despite leading Notre Dame to an ACC championship and the Irish to back-to-back Elite Eight appearances, there is something Brey hasn’t accomplished since Notre Dame joined the ACC.

Brey and the Irish have met the Seminoles 12 times all-time and trail the series record 7-5, but its in Tallahassee where Notre Dame has had real issues as they’re 0-5 all-time there, including a heart-breaking and infuriating loss in their most recent trip that set Brey off.

Can Notre Dame finally get a win at Florida State tonight?  The Seminoles are just 15-13 overall this season so the chances are more favorable than probably ever for the Irish here.

Tip-off is set for 7 p.m. ET in Tallahassee this evening.

What is your pick for tonight? 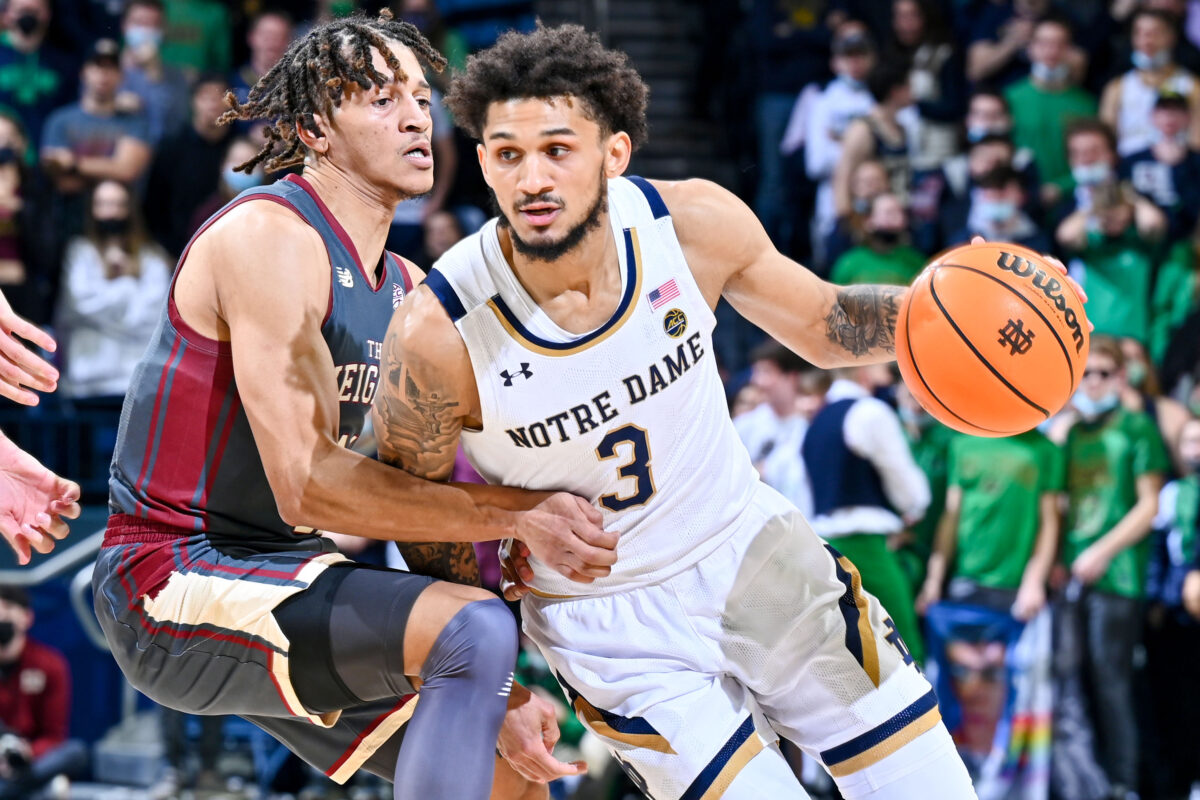 Notre Dame basketball is trying to close the deal on what has been an incredibly successful season after a troubling start.  Just three regular season games remain for the Irish before the ACC Tournament and Notre Dame figures to be favored in all three of those.

The first of those three is Saturday evening in South Bend when the Irish play host to Georgia Tech.  The two teams met back in January when Notre Dame escaped Atlanta with a 72-68 overtime victory.  The oddsmakers have the Irish a sizable favorite in tonight’s meeting.

Tip-off is set for 5 p.m. ET at Notre Dame.  A win for the Irish would clinch them a double-bye to the quarterfinals in the ACC Tournament.