Kentucky wins the TaxSlayer Gator Bowl over NC State 23-21. Five thoughts and analysis of the game, and what it all means. 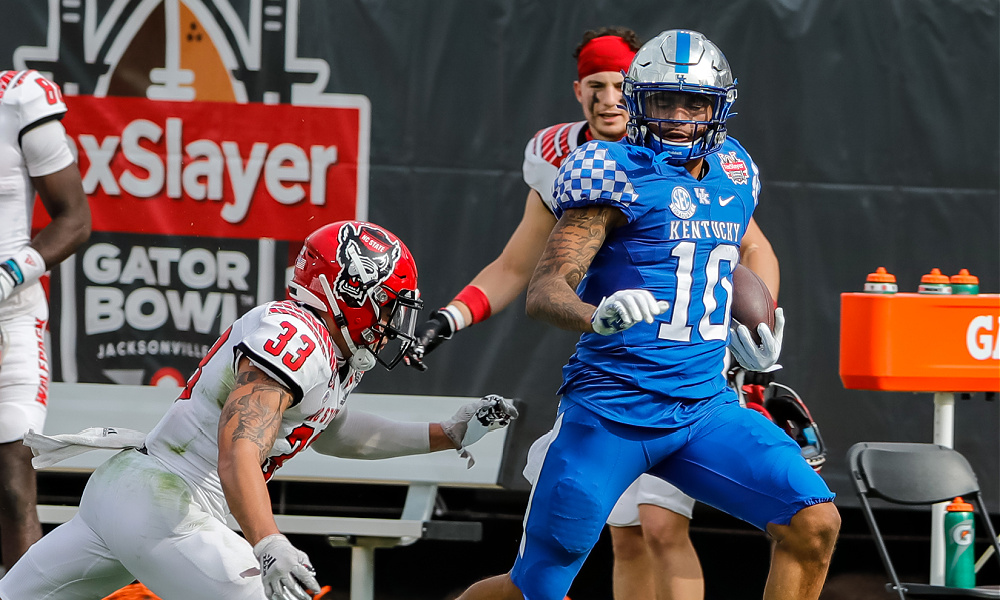 Kentucky wins the TaxSlayer Gator Bowl over NC State 23-21. Five thoughts and analysis of the game, and what it all means.

5. This TaxSlayer Gator Bowl has become a solidly under-appreciated bowl

It always seemed to get lost on New Year’s Day, and it’s always been a bit of a land of misfit teams, but the last two Gator Bowls have been decided by a grand total of three points.

Now, the games aren’t always pretty – more on that in a moment – but they’ve finished strong, including last year’s wild Tennessee finish over Indiana.

NC State got ripped up by Texas A&M in the 2018 version, but that’s three of the last four and six of the last nine decided by a touchdown or less. Now the ACC has to start winning these.

It’s been a disastrous bowl season in every way for the ACC with Miami’s D’Eriq King suffering a torn ACL, Clemson and Notre Dame getting trucked, and Wake Forest getting picked off again and again by Wisconsin.

This was one the conference could’ve had, but with the NC State loss, that makes it three loss in the last three appearances since Georgia Tech beat Kentucky in 2016.

NEXT: That was a war of attrition for the NC State lines