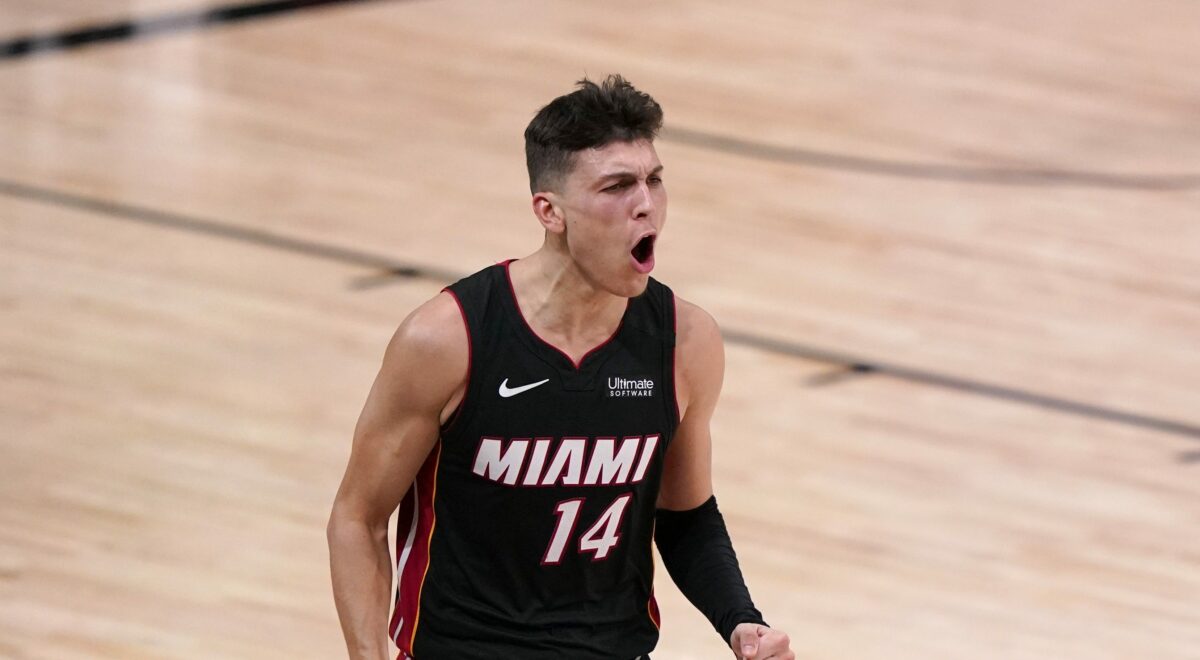 Which means it’s time for you to start up your fantasy basketball research.

And THAT, in turn, means … it’s time to start coming up with the perfect team name for your fantasy squad.

That’s where we come in. As we’ve done with other sports like fantasy football, we’re rounding up the best, punny team names (that we could print), a collection of gems from around the internet, with credit to the sites and tweets that came up with them.

Here they are, in no particular order:

Who to keep and drop ahead of Week 5 waivers in fantasy football. 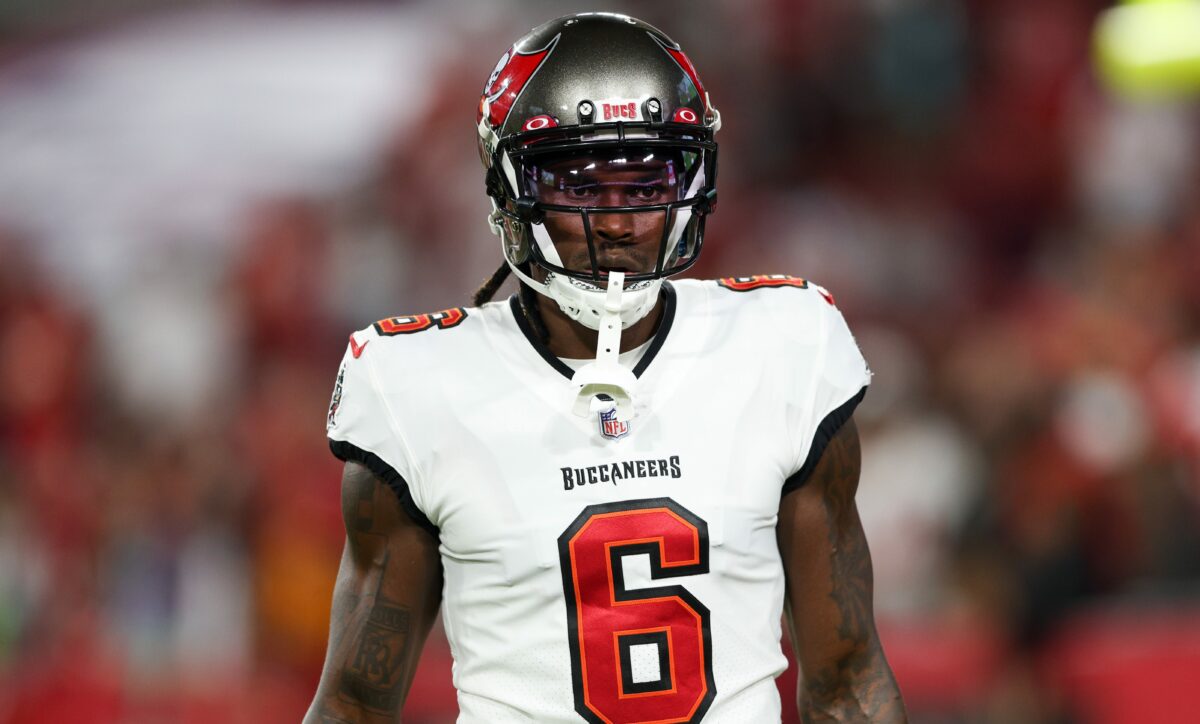 You’re waking up on Tuesday reading all that you can about the players that you should be picking up off the waiver wire as you prepare for Week 5 of fantasy football in 2022.

But it’s likely there aren’t as many things written about who you should be dropping to grab those players. That’s what this weekly column — keep ’em or dump ’em! — will hopefully answer for you: Some help in the debate over who you should keep or drop in order to improve your team.

It’s a fairly good waiver wire week, so let’s dive in to help you with who to keep or drop:

An early betting preview of the upcoming action in the NFL. 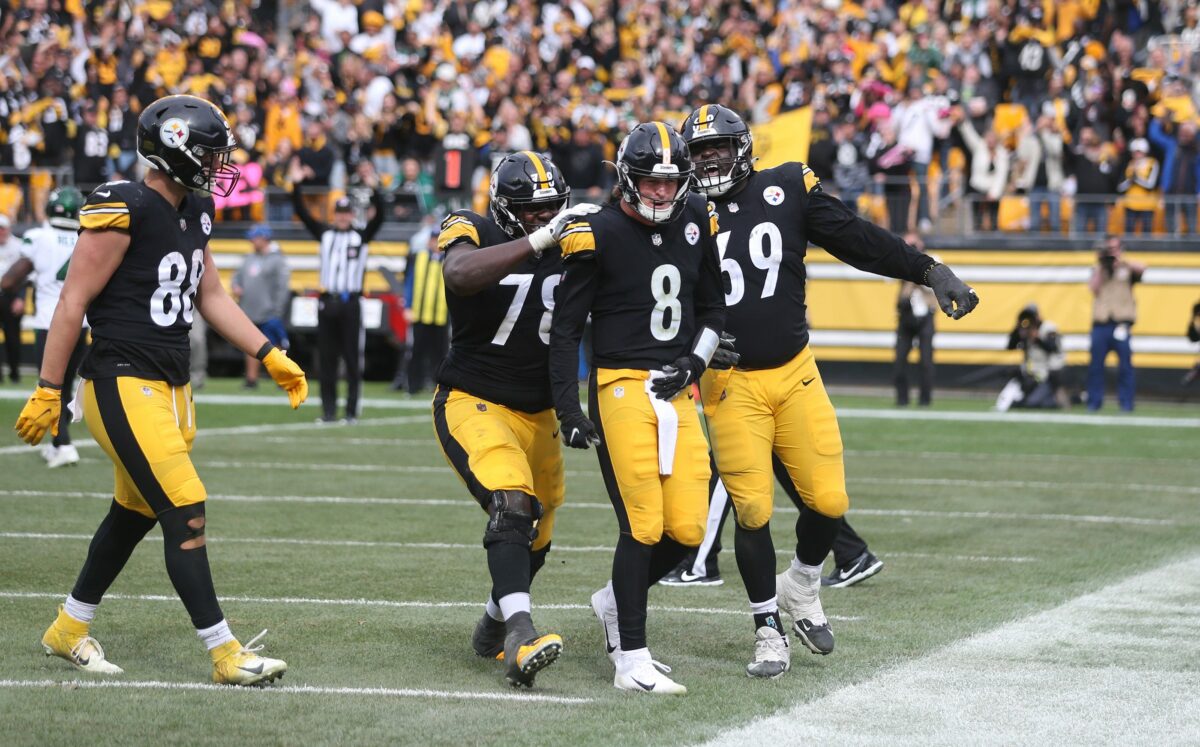 If you’re coming here looking for picks, that’s not what this is. We’ll get to those later in the week.

This right here is an early betting preview of the upcoming action in the NFL, with a first impression of each game and betting line, with a few trends and hints sprinkled in. Sometimes, bettors can overthink things and talk themselves out of making the right pick. So these are just baseline thoughts before we take a deeper dive into the numbers later in the week.

Spreads and over/under numbers are from BetMGM and likely to change after this is published.

Who to pick up in fantasy football before Week 5. 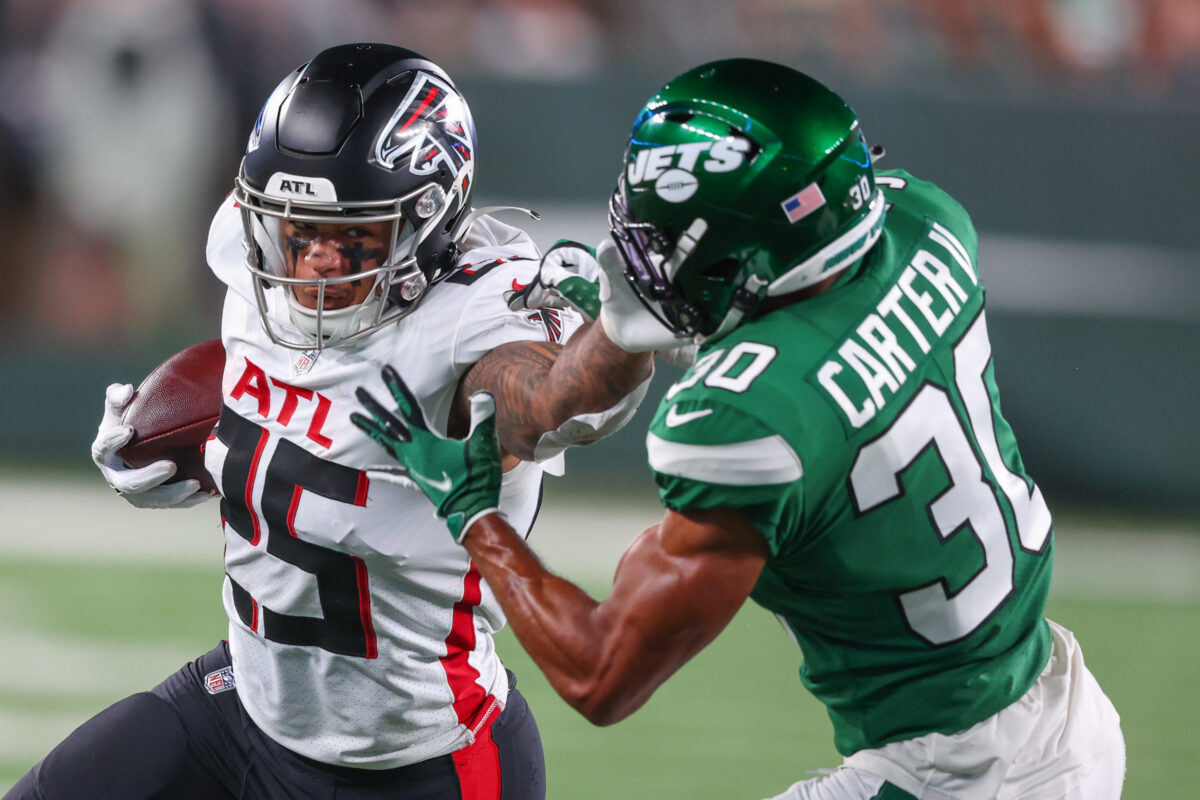 If you play fantasy football, you’re already planning ahead with waivers after a busy week of games.

That’s what we’re here for, a roundup of some of the players you could be targeting ahead of Week 5.

Some of the names below might be taken already, but if not, there are a bunch of dudes who could change your fantasy fortunes this season. Let’s run through them, in no particular order, and we’ve updated this after the Rams and 49ers game we saw on Monday Night Football.

The ManningCast had the perfect jokes for Bobby Wagner’s big hit. 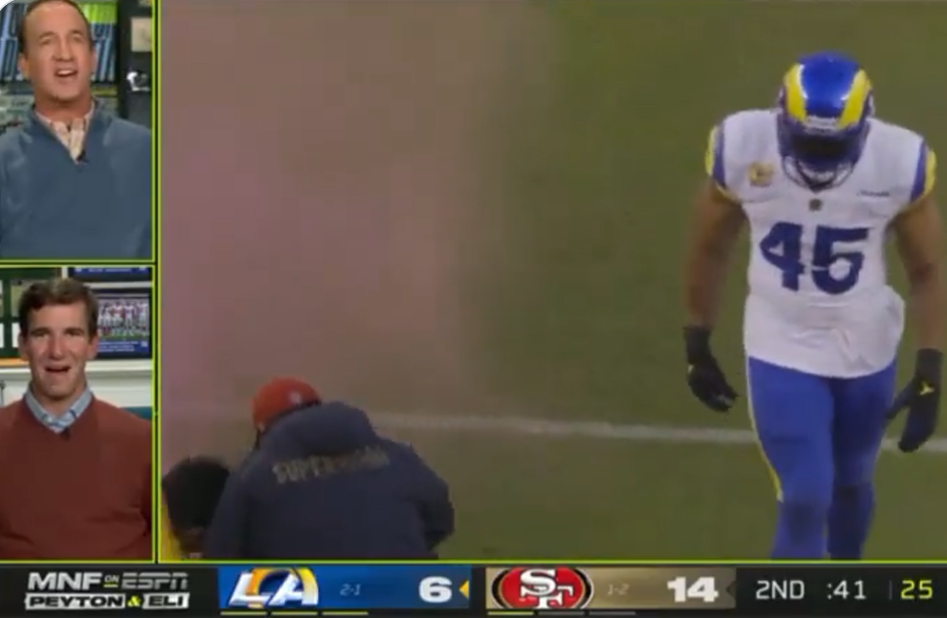 Former NFL quarterbacks Peyton and Eli Manning had the perfect commentary on the latest ManningCast for Bobby Wagner’s trucking of a streaking fan on Monday Night Football.

If you’re not in the know, a foolhardy fan took the field Monday night during the latest rivalry game between the Los Angeles Rams and San Francisco 49ers.

Rather than let gameday security take care of it, Wagner, with some help from Rams OLB Takkarist McKinley, took the fan down to stop his streaking ways.

The Manning brothers, of course, had to talk about Monday night’s Wagner-streaker slobberknocker. The results were absolutely priceless.

Manningcast commentary on streaker getting lit up by Bobby Wagner pic.twitter.com/f8yRAeYjYI

Eli: "How would you tackle a streaker? You think you'd go high or you'd go low?

Peyton: "That guy had all his clothes on. There, you just take him wherever. If he's totally naked, there are certain places you can't take him… You don't wrap up a naked guy." #ManningCast #MNF pic.twitter.com/TzIcUy4Ajm

Well, those play calls are going into the early ManningCast Hall of Fame, if such a thing exists.

Judging by how these broadcasts have gone so far, we’re betting one goes into motion sooner than later.

The GOAT receiver is quite pleased with Deebo. 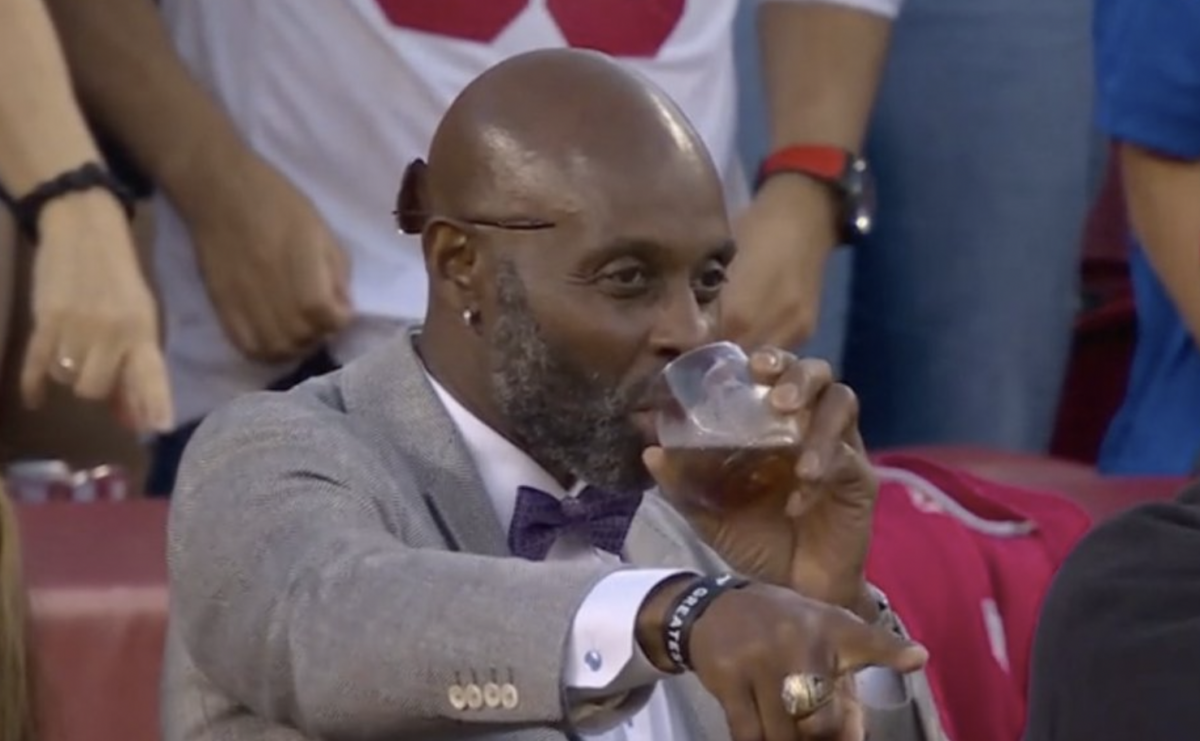 In a big Monday night matchup, the 49ers got off to a blazing start over the division rival Rams. Even with Jimmy Garoppolo back as the permanent starter (for now), it seemed San Francisco could do no wrong.

Then, late in the first half, Deebo Samuel absolutely made seemingly every Rams defender look silly in the open field on an absurd touchdown, and the floodgates opened. One particular fan in attendance really appeared to love Samuel’s moves on his score. I’m talking about the NFL’s all-time leading receiver in most relevant statistics — 49ers legend Jerry Rice.

Once Samuel capped his awesome touchdown to give the 49ers a 14-6 lead, cameras panned to Rice happily sipping his drink out of a glass while pointing his hand — with a Super Bowl ring on it, mind you — at the field in approval:

the perfect statue model of Jerry Rice does not exi- pic.twitter.com/6I15gVMa5J 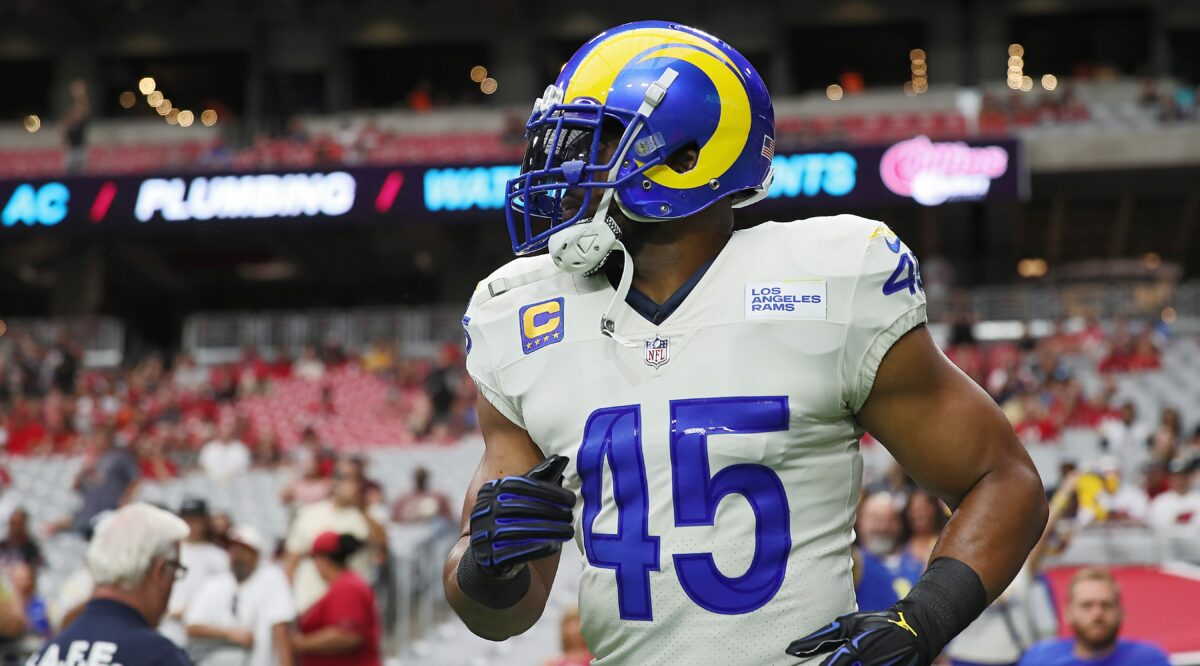 During the Rams’ Monday Night Football tilt against the San Francisco 49ers, an unruly fan took to the field, running with abandon and spraying some sort of periwinkle smoke into the air.

It naturally prompted a stoppage in the contest, with gameday security giving chase to stop the streaker. Well, they got an assist from Wagner, who popped the fan into last Tuesday with what’s probably going to be the best hits to come away from this game.

Rams outside linebacker Takkarist McKinley seems to get an assist on the play, but the final hit is all Wagner.

OMG BOBBY WAGNER JUST TRUCKED THE FAN THAT RAN ON THE FIELD pic.twitter.com/uwoEzkrFxc

Ouch. If you’re going to storm an NFL field, you might not want to do so while a former All-Pro linebacker is on the sideline.

The ManningCast broke down Wagner’s big play in the way only Peyton and Eli Manning could, too.

The Manning’s approve of this tackle pic.twitter.com/uOcSU8QCU9

Well, we can probably think of one person who won’t want to be near Wagner or McKinley anytime soon.

Though, it’s safe to say that after this stunt, this fan probably won’t have the opportunity to even buy a Rams jersey in the near future.

Oh, yeah. Deebo is BACK! 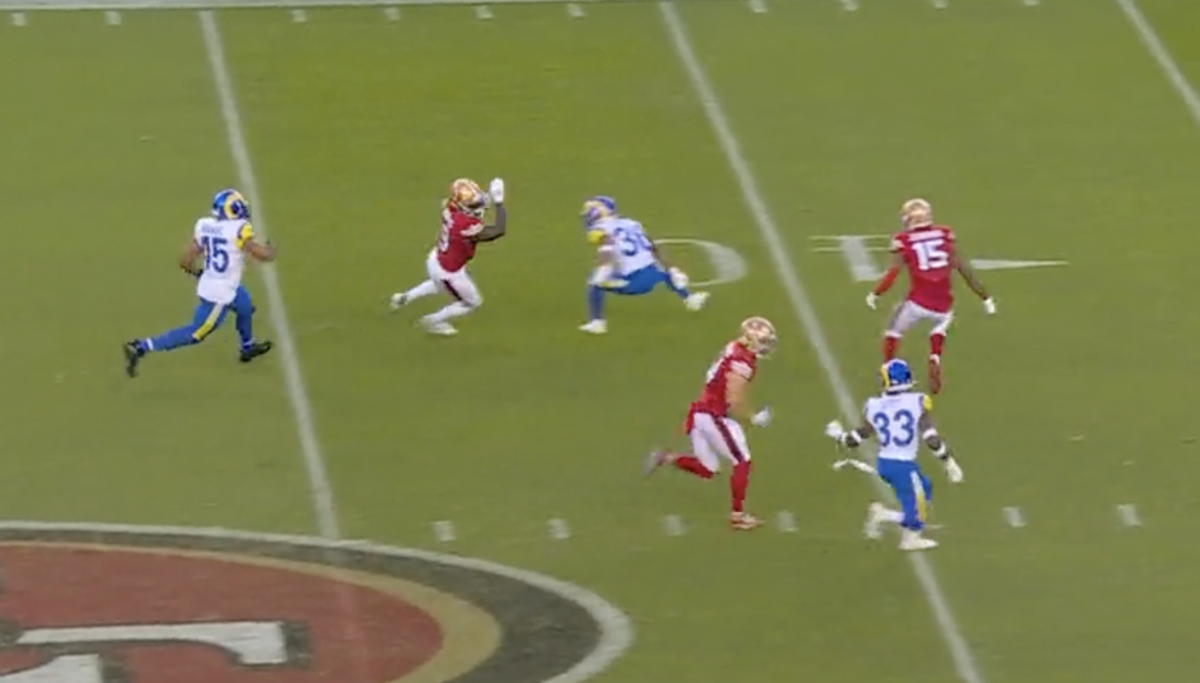 Amidst the 49ers’ slow 1-2 start to the season, 2021 First-Team All-Pro Deebo Samuel was still chugging. Now, granted, Samuel wasn’t playing at his usual high-level/versatile self. That’s probably no longer a concern for San Francisco.

With the 49ers looking to pad a late first-half 7-3 lead in their Monday night matchup with the Rams (-1.5), Jimmy Garoppolo — who’s returned as the starter with more questions than answers — decided to give Samuel a chance on a 50-50 ball. After the ensuing incredible result, it’s obvious the quarterback made an incredible decision to simply give the electric Samuel an opportunity to make a big play.

And yes, Samuel did all the hard work:

How Samuel turns a contested pass and how he weaves through seemingly the entire Rams defense, breaking tackle after tackle, is anyone’s best guess. That’s why he’s one of the best in the game and why the 49ers gave him everything he wanted in the offseason.

Do your thing, Ja Morant. 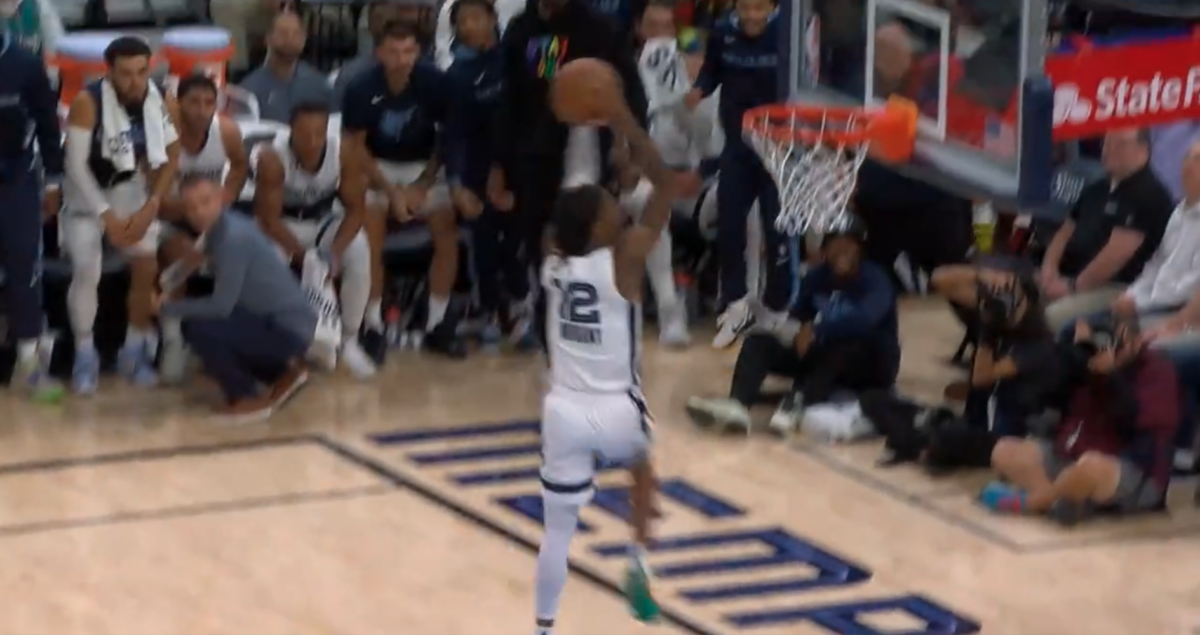 It’s Ja Morant’s world, and we’re just living in it.

The Memphis Grizzlies and Orlando Magic sharpened the axes for the NBA regular season in a preseason bout Monday night, and Morant is already showing Memphis fans why the Grizz are going to be a major threat in the West this season.

In the second quarter, Morant made an insane steal on a Magic pass and took the ball unguarded right to the hoop and dunked it in with spectacular style.

While preseason games can often be a snooze, Morant’s fantastic finish to his defensive play got the Memphis crowd and Grizzlies bench going.

IT'S JA MORANT. IT'S SHOWTIME ON NBA LEAGUE PASS. pic.twitter.com/vAhpxWhL1t

While preseason wins are most definitely not a thing in the NBA, Morant’s grand return to style is enough to make you want to speed up the clock for the regular season to get here already.

Until then, though, we’ll have this fantastic glimmering of what Morant is poised to do to the rest of the league this year.

The 49ers have to solve the injury mystery of The Arconia.

The 49ers entered the season with Super Bowl aspirations. A year after making their second NFC title game appearance in three seasons, many thought San Francisco was capable of such play. Unfortunately, injuries have already started to sink some of those ambitions.

Four games into their 2022 campaign, the 49ers have lost their starting quarterback in Trey Lance (ankle; for the season), the NFL’s arguable best tackle in Trent Williams (ankle), and starting running back Elijah Mitchell. It’s a brutal scenario for a team in the conversation for the top roster in football.

It’s also an injury situation that ESPN decided to make light of before the 49ers took the Rams (-1.5) on Monday Night Football with an incredible graphic referencing the Hulu show Only Murders in the Building:

Normally the ESPN Monday Night Football graphics team seems like they’re on psychedelics but this “Only Injuries in the Building” graphic is A+ content pic.twitter.com/5BXfRz1rtL

Oh … my goodness? Whoever decided to greenlight “Only Injuries in the Building” in a way that has 300-plus pound Trent Williams in a spooky tall New York apartment building — kudos to you. I hope you get everything you dream of in life, including creating more references to delightful shows on streaming services.