The six highest-grade Steelers from last week’s win were all on defense. 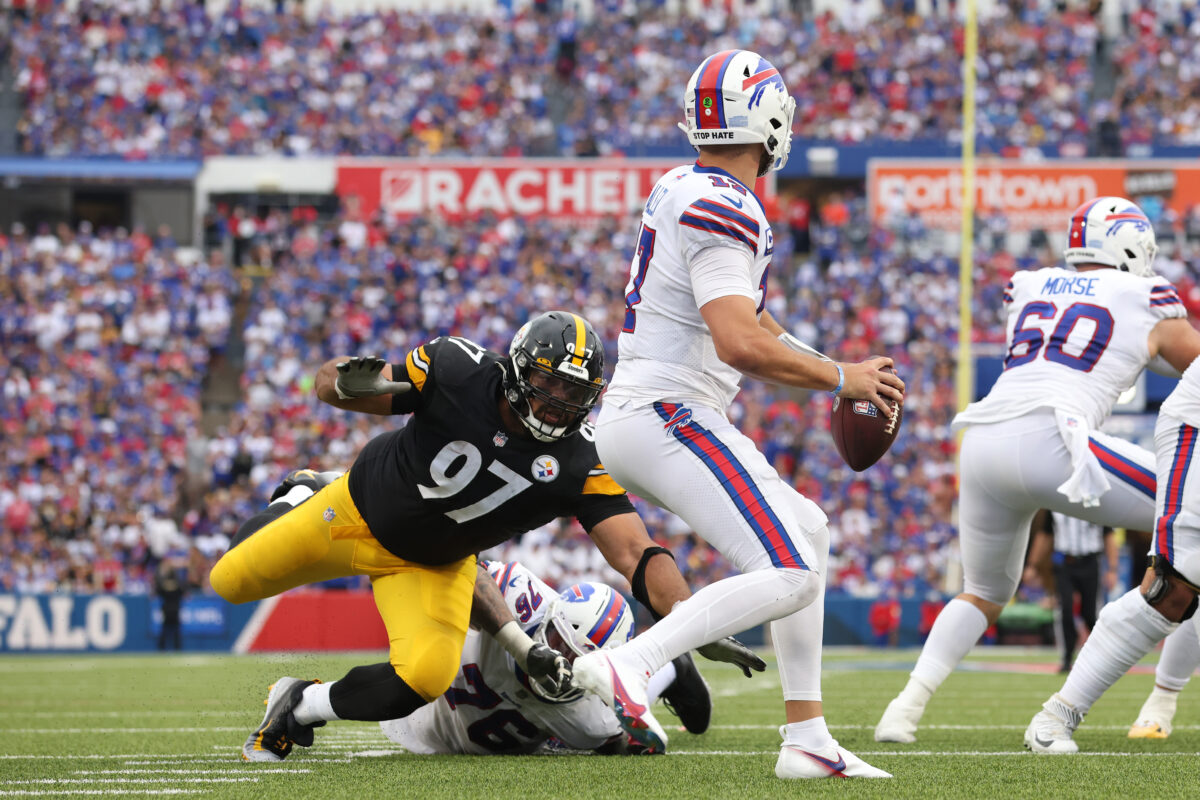 If you weren’t sure just how big the Pittsburgh Steelers defense played on Sunday, just check this out. Pro Football Focus graded out the Steelers roster after their win over the Buffalo Bills and the top six guys were all on the defensive side of the football.

Even bigger than that, defensive tackle Cam Heyward was the highest-graded player in the league last week. Heyward convinced the team to put him on a pitch count for his snaps and it paid off. Heyward had a sack, 12 pressures and batted down two passes. Nationally, linebacker T.J. Watt gets all the glory on this defense but Heyward seems to get better every season. 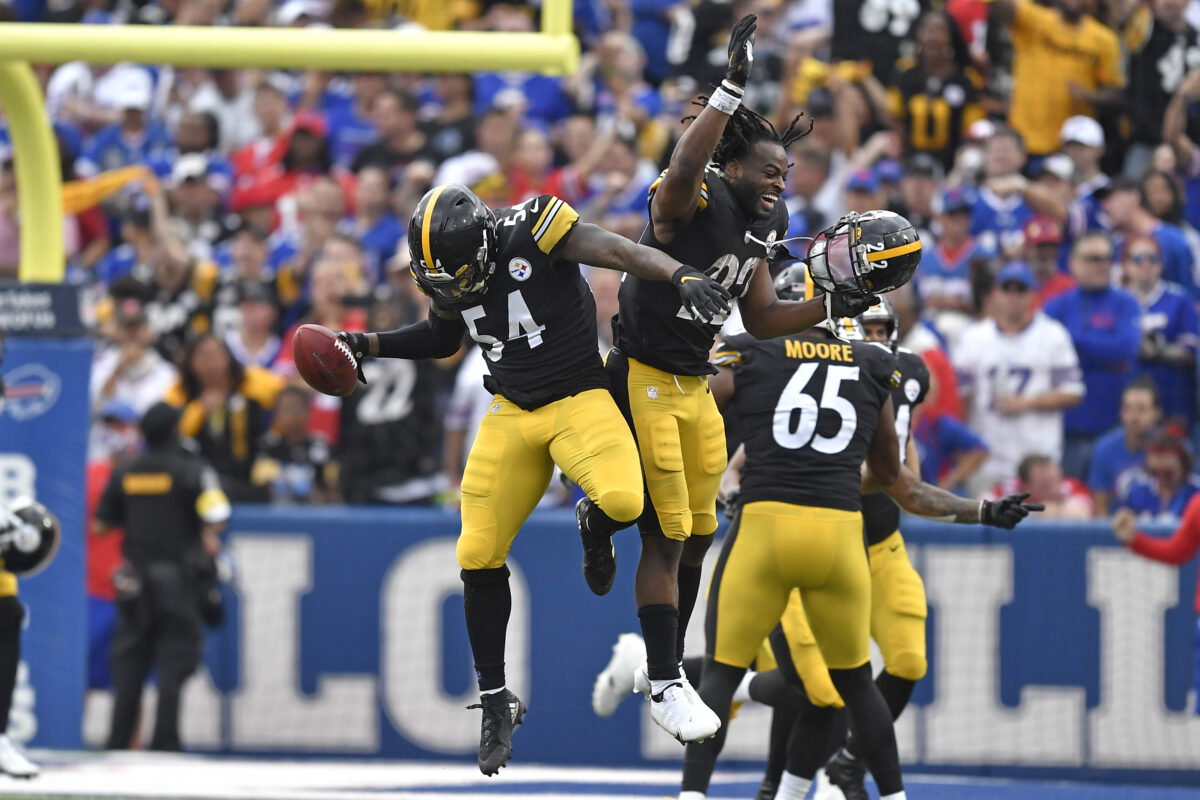 The Pittsburgh Steelers went into Buffalo on Sunday and pulled off the upset against the Bills. You are going to hear plenty of talk about guys like linebacker T.J. Watt and defensive tackle Cam Heyward but here are our six unsung heroes from the win.

The Steelers defense played a new-perfect game on Sunday. 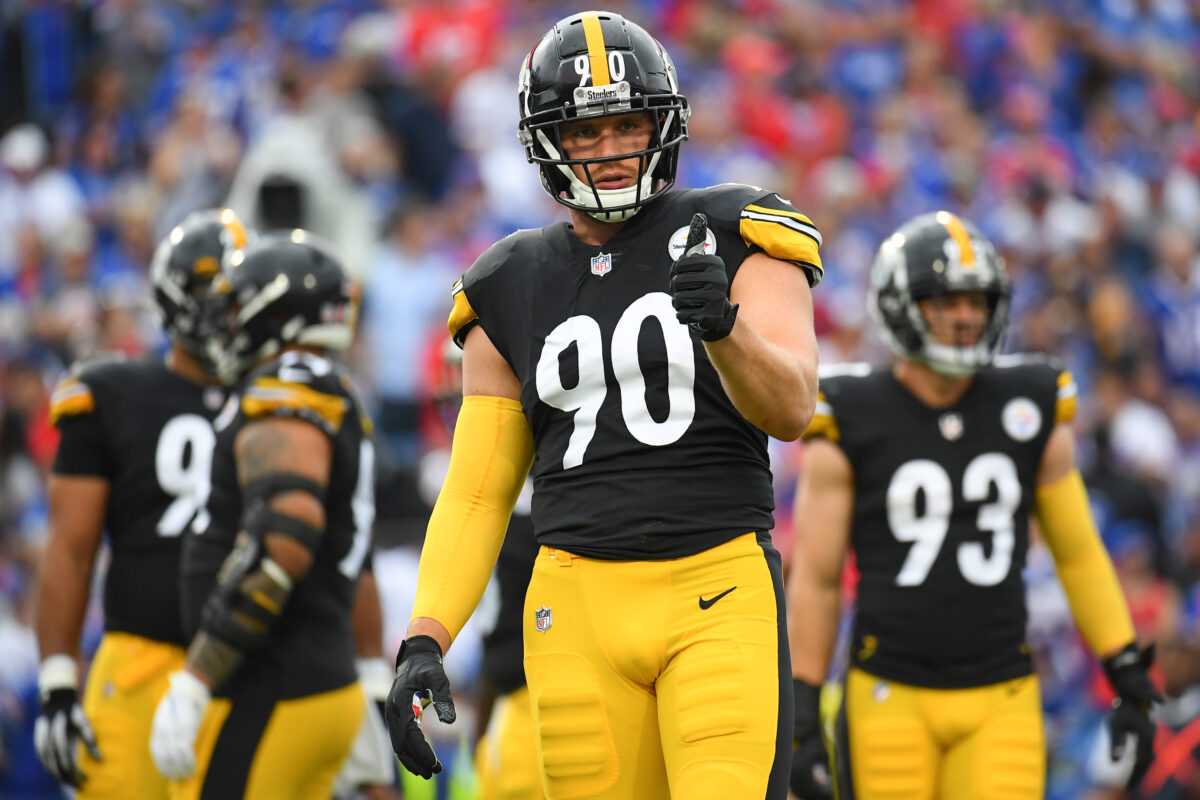 The Pittsburgh Steelers used a 17-point fourth quarter to get the upset road win over the Buffalo Bills on Sunday. This was a statement win for Pittsburgh to start off a season where most pundits didn’t give them a chance. Here’s what went right and what went wrong.

Top takeaways from the Steelers Week 1 victory over the Bills. 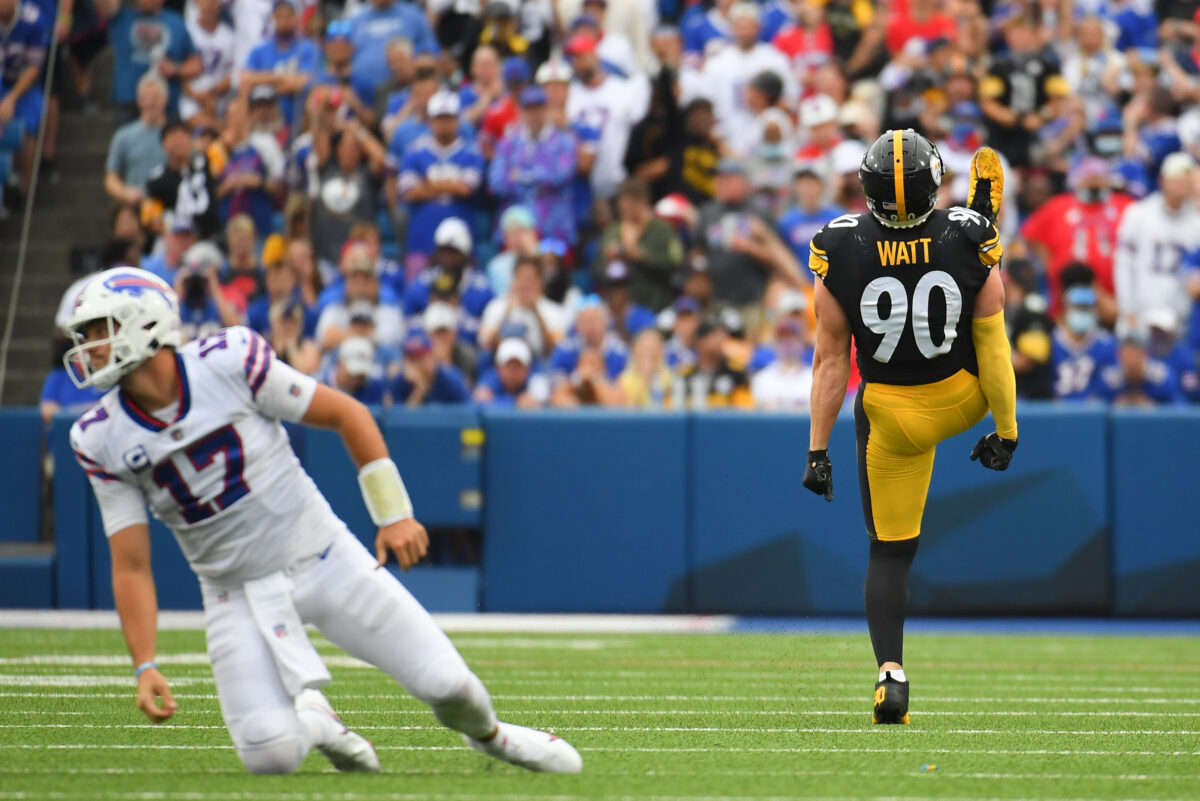 The Pittsburgh Steelers were the underdog as they marched into Orchard Park, N.Y., to take on the Buffalo Bills. They marched out of Orchard Park the victors after defeating the favored team 23-16 for a checkmark in the win column to start the 2021 season.

Here are our top takeaways from the Steelers Week 1 win:

Pittsburgh’s defense stepped up to help this team move to 1-0. 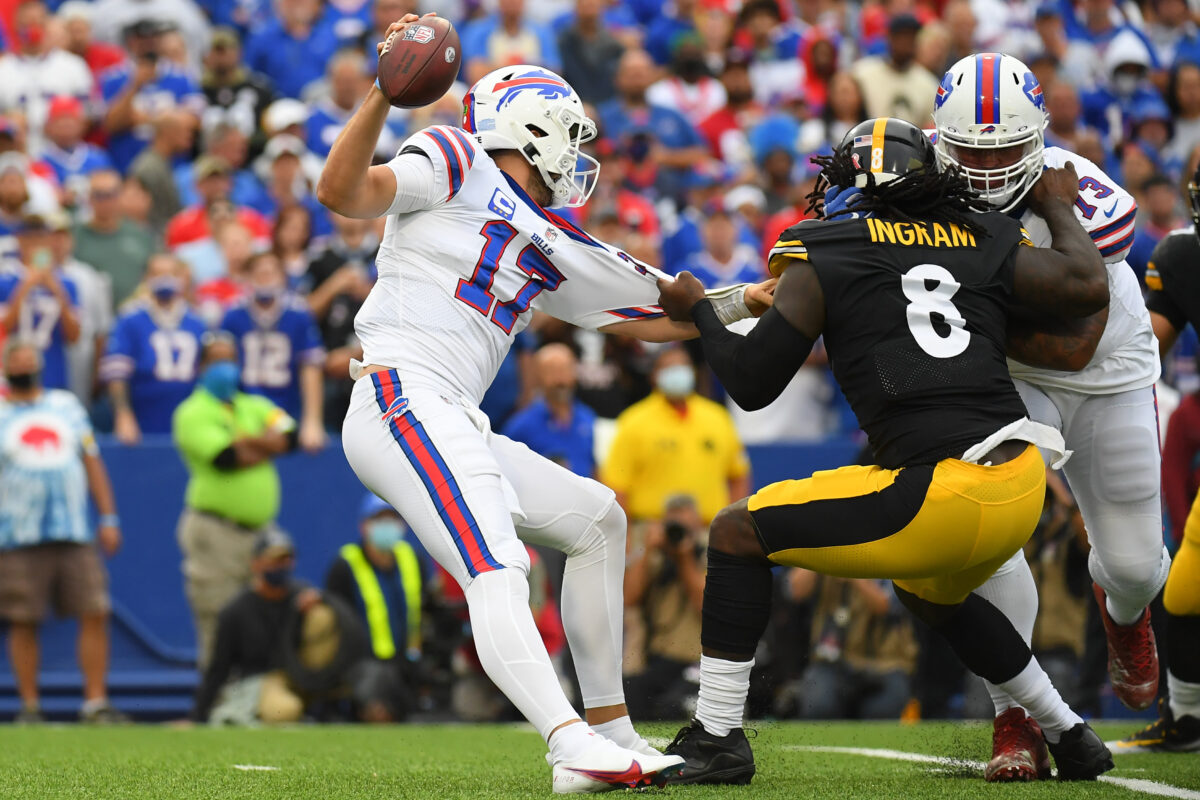 All anyone wanted to see was how the Steelers would be different this year but in the end, it was what hadn’t changed that mattered the most. The Steelers offense is still very much a work in progress but thanks to a near-perfect performance from the Steelers defense, they are 1-0 after a 23-16 win over the Buffalo Bills.

Offensively, the Steelers were able to manufacture drives, mostly ending in one of Chris Boswell’s three field goals. But they did give everyone a taste of what this offense is capable of once the offensive line jells and can be more consistent. Ben Roethlisberger threw for 188 yards and one touchdown while rookie running back Najee Harris finished with 45 yards rushing on 16 carries.

The story was on defense and special teams. Every time it looked like the Bills were getting some momentum moving the football, someone stepped up to make a play. Linebacker T.J. Watt had two sacks and a forced fumble and defensive tackle Cam Heyward had a sack and two passes batted down.

One of Pittsburgh’s two touchdowns came when backup defensive Miles Killebrew blocked a Buffalo punt with linebacker Ulysees Gilbert scooping it up for the score. Gilbert also saved a touchdown on the opening kickoff with a huge special-teams tackle.

Diontae Johnson gives the Steelers the lead on this athletic TD catch. 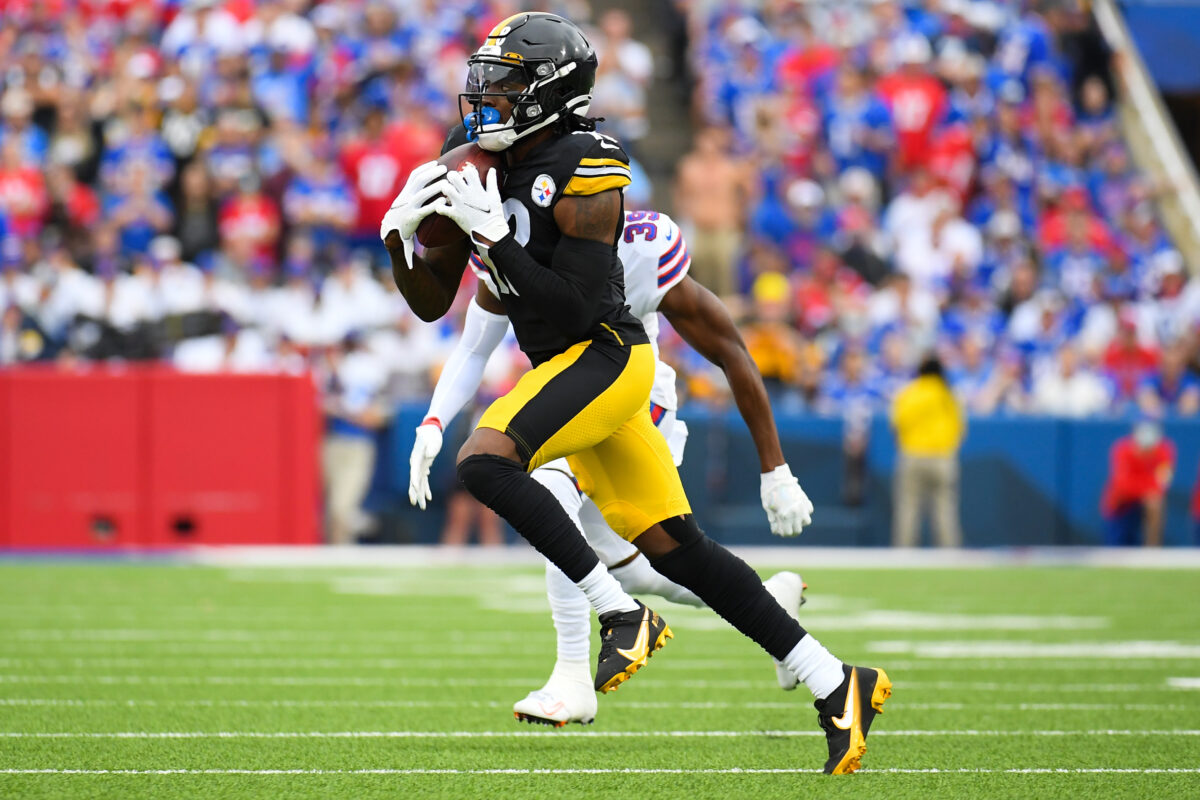 Last season, Pittsburgh Steelers wide receiver Diontae Johnson led the NFL in drops. He dedicated his offseason to correcting it so he could be the No. 1 receiver Pittsburgh needs. Early in the fourth quarter against the Buffalo Bills, Johson hauled in this insane touchdown catch to help show he’s all the way back.

With the score, Johnson has five receptions for 36 yards and one touchdown on eight targets. Johnson has no drops in the game so far as the Steelers lead 13-10. 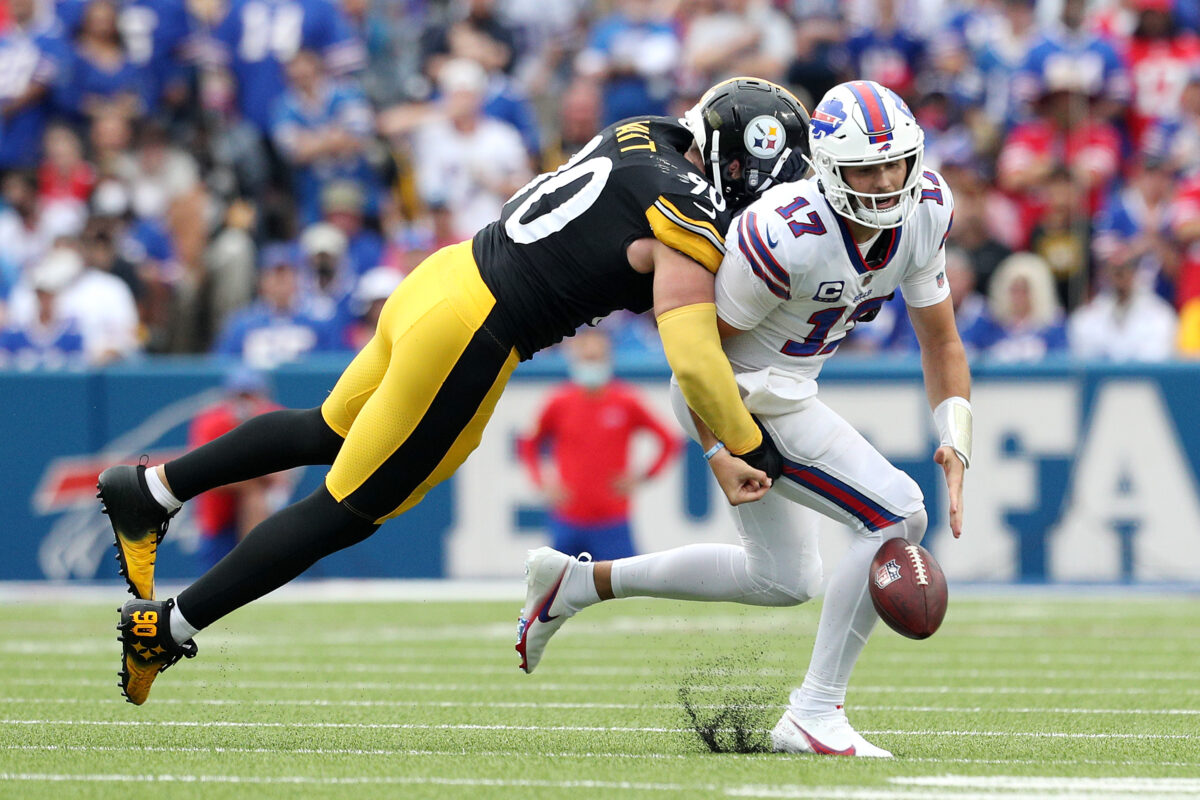 The Pittsburgh Steelers offense will be good as soon as the offensive line is good. And one half into the 2021 season, the line isn’t good. Pittsburgh trails the Bills 10-0 at halftime and the offense has been non-existent.

During the offseason, all the emphasis for the Steelers was to re-build the offensive line and the rushing offense. But four new offensive starters including two rookies on the offensive line have been pushed around by the Bills defense. The Steelers only have seven yards rushing, rookie running back Najee Harris is averaging 1.1 yards per carry and quarterback Ben Roethlisberger has been sacked twice.

Defensively, Pittsburgh is doing its part. It’s a tough ask for any group to slow down Josh Allen when the offense is not producing but this group is working hard. Allen has 234 passing yards at the half but only netting 10 points is a win for the Steelers defense. T.J. Watt has a strip-sack in the first half and the Bills offensive line has been called for five holding penalties in the half and doesn’t have an answer for the Steelers pass rush.

Hopefully the Steelers coaches can sort out how to get some points on the board in the second half or this one will be over before it begins.

The Steelers suffered their first injury of the season already. 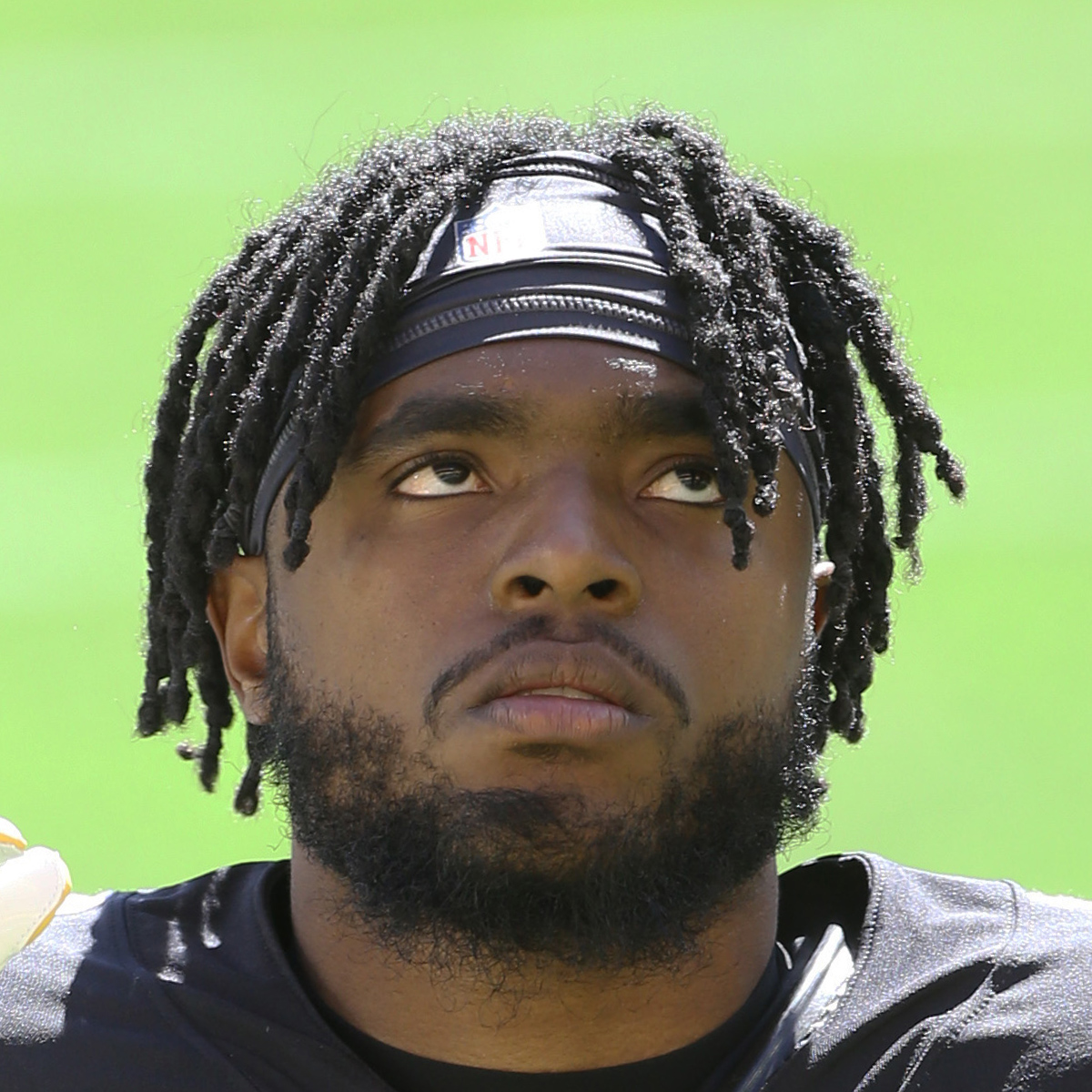 The Pittsburgh Steelers have been hit with their first injury of the season. Late in the first quarter against the Buffalo Bills, wide receiver Diontae Johnson got sandwiched between two Bills defenders in an attempt to chip one and went down with what looked like a right leg injury. Johnson was helped off the field.

Johnson led the Steelers in receiving last season despite leading the league in drops. James Washington will replace Johnson in the lineup.

T.J. Watt looks like he’s ready to hit someone. 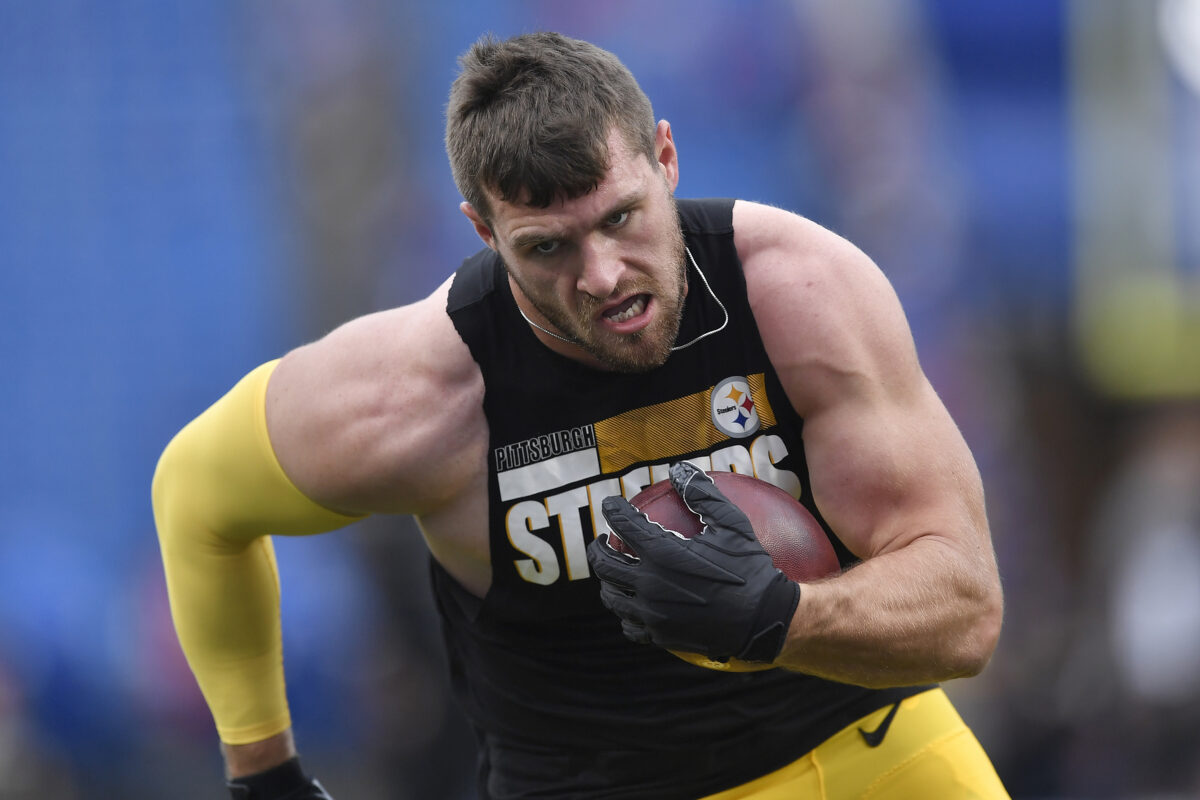 TJ Watt was HYPED in the middle of the Steelers LB huddle, leading his teammates with some extra pregame motivation. pic.twitter.com/prLSWwFxaL

It’s been a long offseason for Pittsburgh Steelers linebacker T.J. Watt. After a long contract negotiation, Watt and the Steelers finally came to an agreement on a massive contract extension making Watt the highest-paid defensive player in the NFL on a per-year basis.

Watt showed off some of that pent-up energy in pregame before taking on the Buffalo Bills as his teammates circled up and he did his best to get them hyped for this huge AFC matchup.

Najee Harris wants everything the Bills fans want to give him. 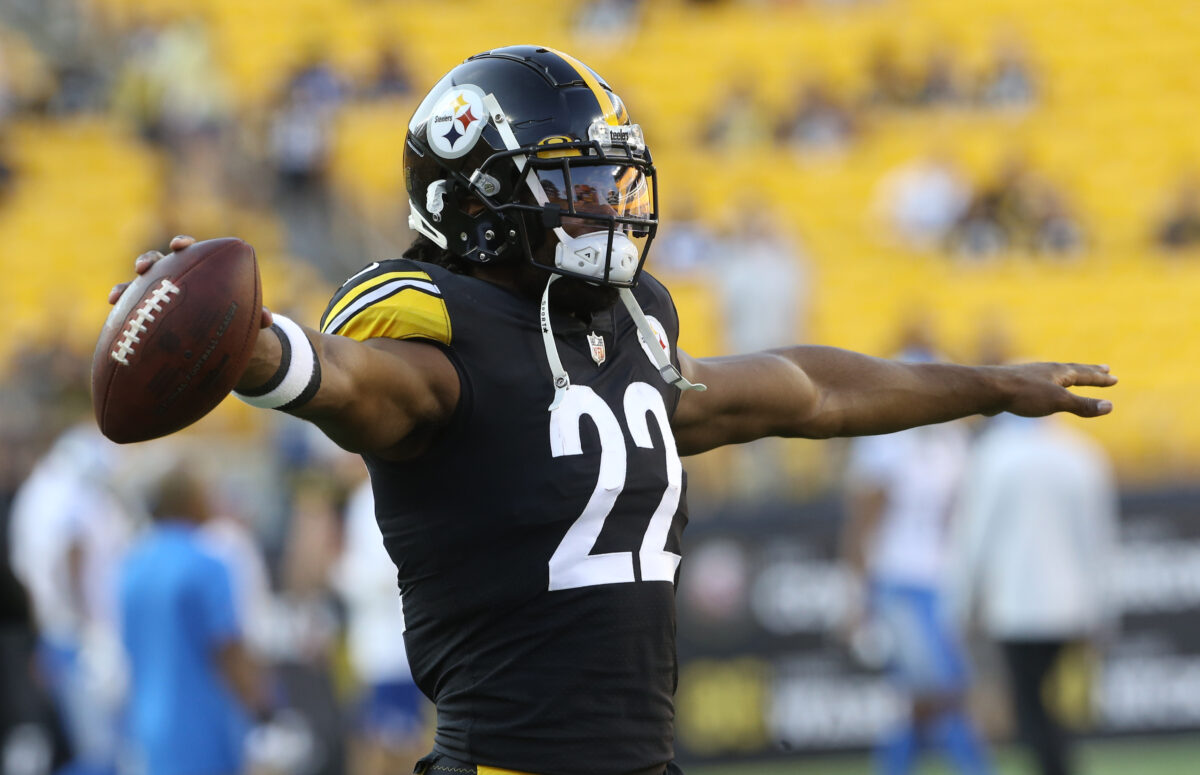 #Steelers rookie Najee Harris runs out to boos – and motions for more noise. (Side note: I love it.) #PITvsBUF pic.twitter.com/lKGX1EAFpq

Pittsburgh Steelers rookie running back Najee Harris is set to make his NFL regular-season debut against the Buffalo Bills. Harris took the field just moments ago and the biased Bills fans let him know they are not impressed with his resume with a heavy dose of boos.

Harris wasn’t fazed by it as he motioned for more from the Bills Mafia. This one is going to be a fun one, Steelers fans.