Check out some of the top former Alabama players from Week 4 of the 2022 NFL season. 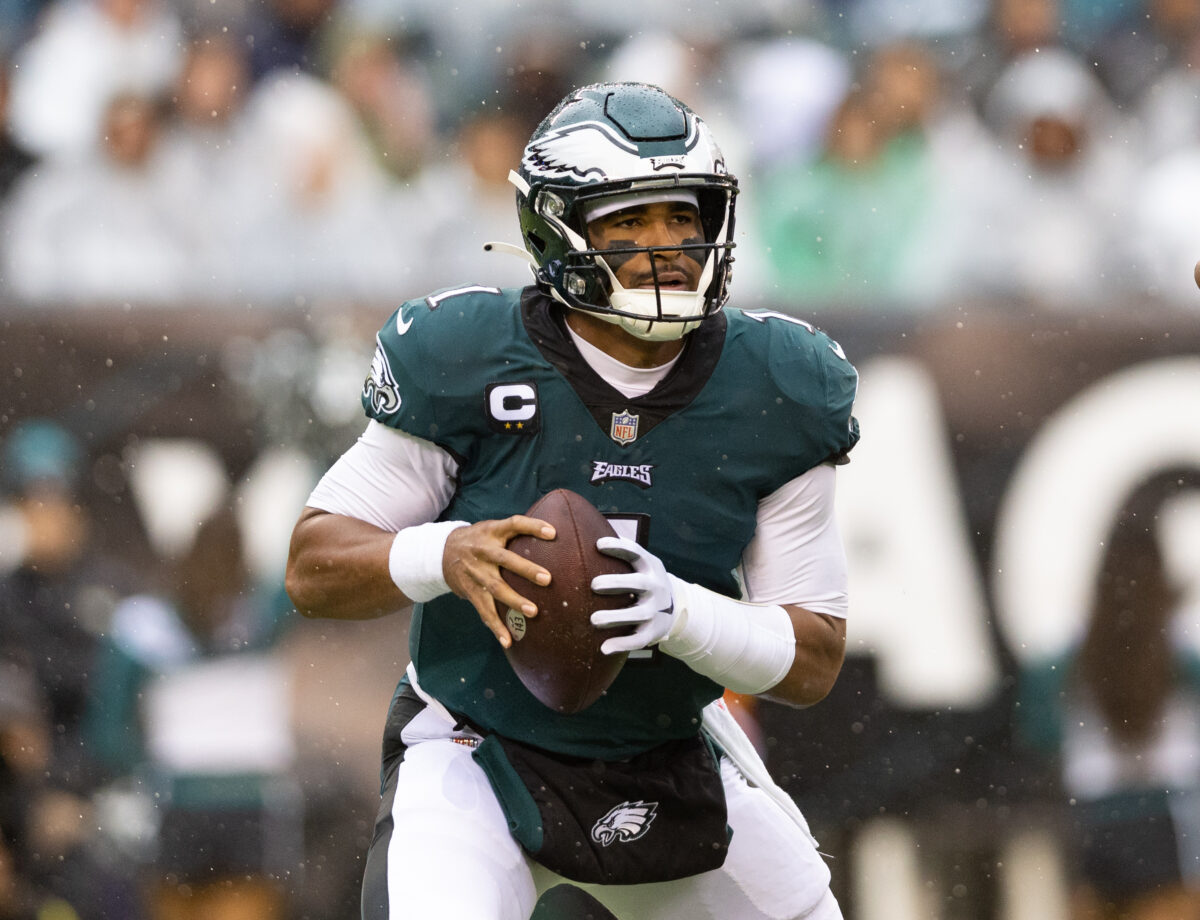 Several former Alabama players have performed well through the first three weeks of the NFL season. Some of the more notable performers have been Marlon Humphrey, Jalen Hurts, and Minkah Fitzpatrick.

Week 4 was a wild one that featured plenty of former Crimson Tide talent.

Today, Roll Tide Wire takes a look at how former Alabama players performed in Week 4 of the NFL season.

An update on the health of Tua Tagovailoa. 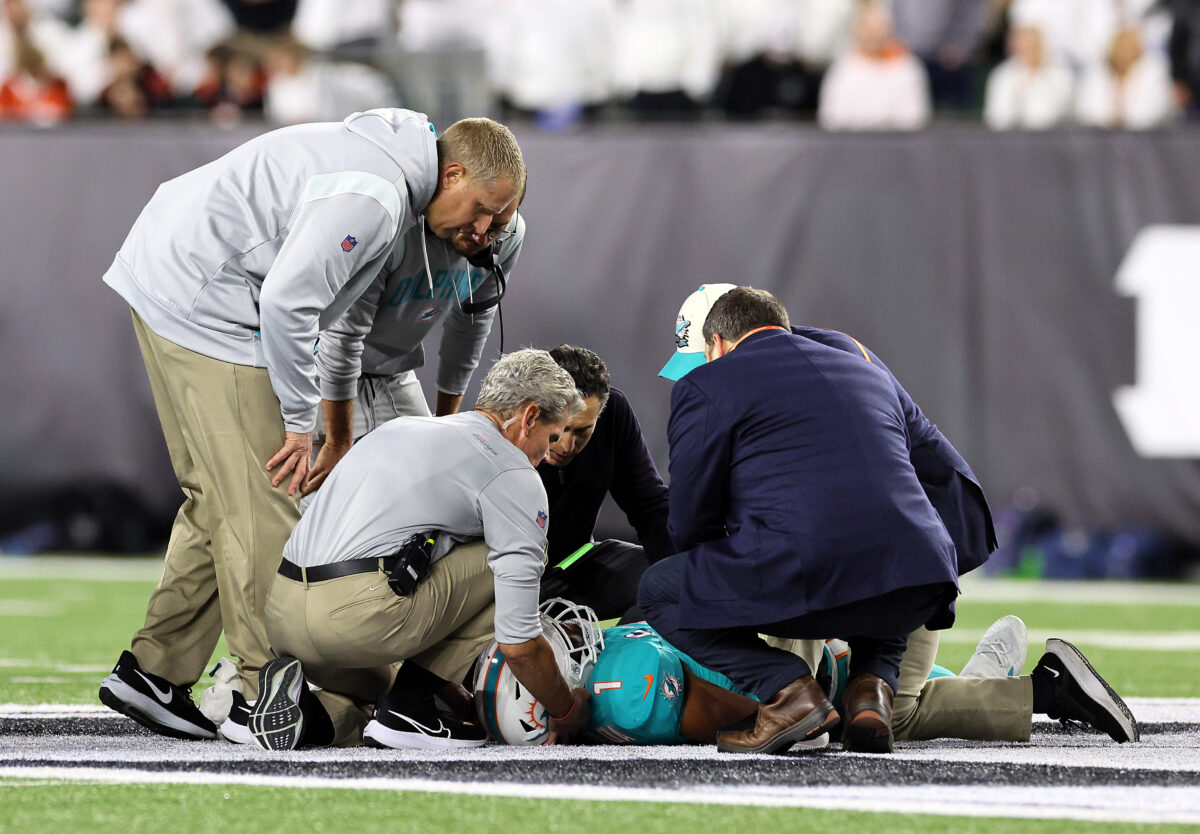 Former Alabama quarterback Tua Tagovailoa was taken off the field in a stretcher following a scary situation. While being sacked, he was driven to the ground on his back and hit his head hard on the turf.

His face mask was removed and was eventually put onto a stretcher and taken off the field and brought to the University of Cincinnati hospital.

The Miami Dolphins have since tweeted that he has movement of all extremities. The account also tweeted that updates will follow.

This comes less than a week after Tagovailoa took a hard hit against the Buffalo Bills that led to him being evaluated by an NFL neurologist. He was cleared to return, stating that it was a back injury. He returned to finish the game in the second half.

Roll Tide Wire will continue to follow updates regarding the health and status of Tua Tagovailoa. 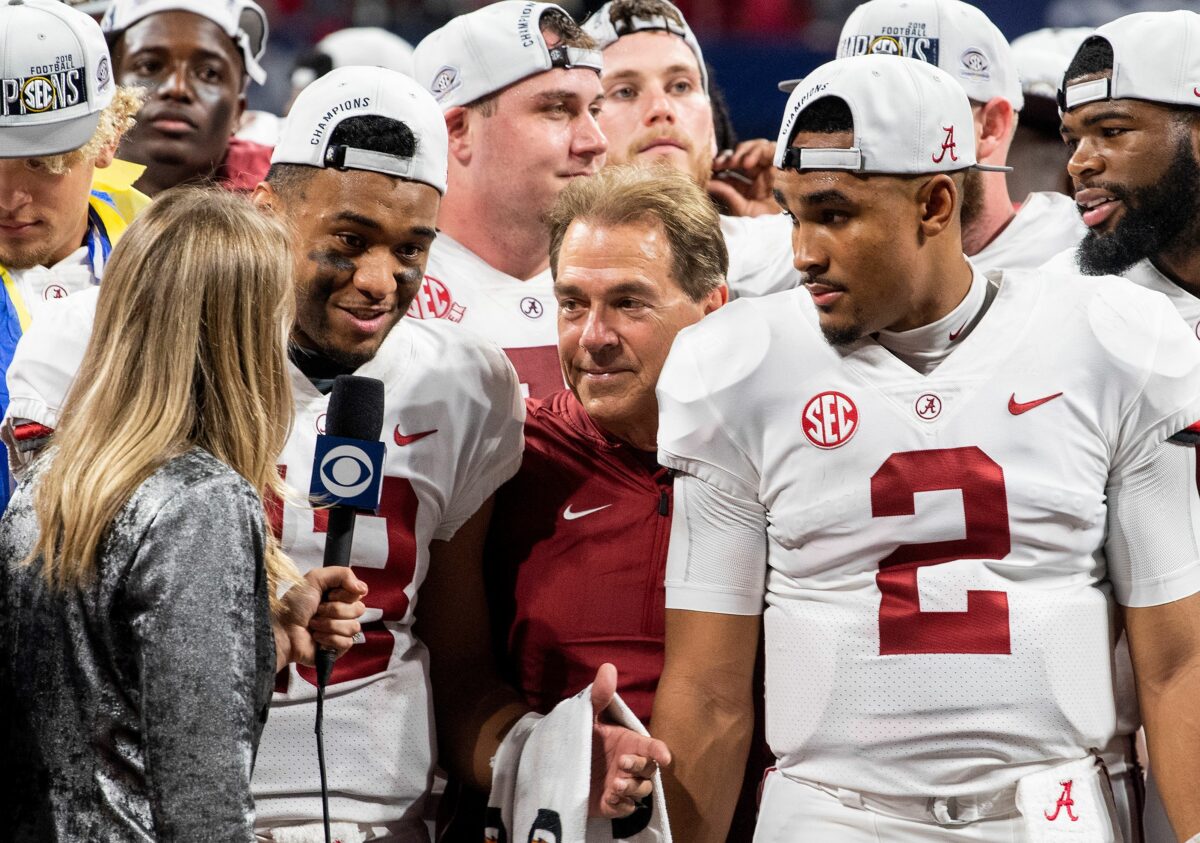 Going into the 2022 NFL season there were a lot of questions surrounding both [autotag]Tua Tagovailoa[/autotag] and [autotag]Jalen Hurts[/autotag]. However, they both have silenced their critics to start the year as they are the quarterbacks for the only two remaining undefeated teams in the NFL.

The Philadelphia Eagles, led by Jalen Hurts, look like arguably the best team in the league. Hurts leads the NFL in passing yards per attempt and looks like a legitimate MVP candidate through three weeks. Between AJ Brown and DeVonta Smith their big-play offense doesn’t look like it will slow down anytime soon.

As for Tua Tagovailoa and the Miami Dolphins, they were the most-talked-about player and team of the offseason. Tagovailoa was the subject of a lot of criticism for his arm strength, however, just like Hurts, Tua has shown that this is not an issue. Tyreek Hill and Jaylen Waddle have established themselves as arguably the best receiving duo in the NFL.

Today, the ESPN Get Up cast debated who has had a more impressive start to the 2022 season, and things got heated. Who do you think will have the better season, and can either former Alabama quarterback bring home the Lombardi Trophy?

Tua Tagovailoa and Josh Allen shared a special moment after the exciting Week 3 matchup between their two teams. 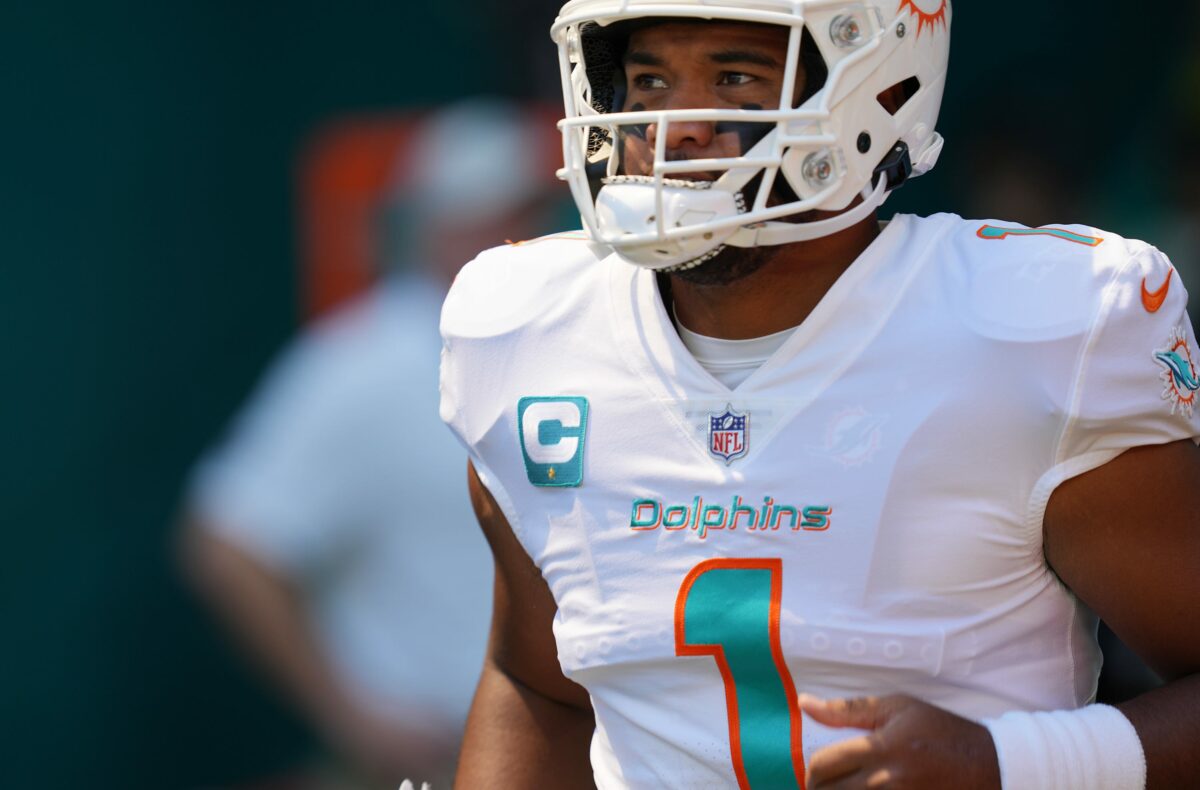 Former Alabama quarterback Tua Tagovailoa is now in his third season in the NFL. The Miami Dolphins starter went through immense criticism throughout his first two seasons and the offseason leading up to 2022.

Now, heading into Week 4 of NFL action, Tagovailoa has silenced the doubters as he has flashed decisiveness, toughness and arm strength. Not to mention he’s led the Dolphins to a 3-0 record so far, making his team one of only two remaining undefeated teams in the league.

Tagovailoa and Miami managed to take down the Super Bowl favorite Buffalo Bills 21-19 in Week 3. After the game, Tagovailoa was seen embracing Bills quarterback Josh Allen as the two exchanged words after the game.

Allen has since opened up about that moment and why he has “so much respect” for Tagovailoa.

“He came up to me after the game.. he leaned into me and I leaned into him.. we exchanged words of just admiration and respect that we have for each other.. I really respect him for coming up and saying some of the things he did.. I got so much respect for him..” – Allen on Tua pic.twitter.com/0ex3Apgolr

Roll Tide Wire will continue to cover Tagovailoa and other former Alabama stars in the NFL as the 2022 season continues.

See the top former Alabama performers in the NFL from Week 3! 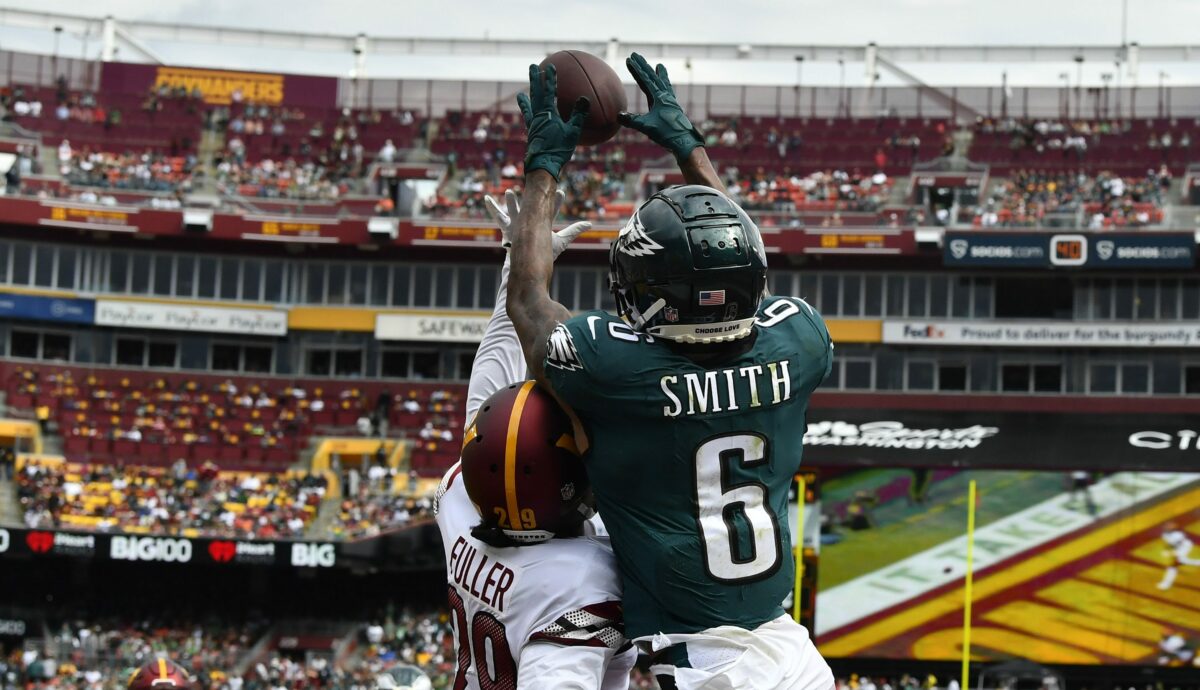 The NFL is loaded with former Crimson Tide talent. Alabama football continuously puts players into the league whether they be first-round draftees or free agent signings, it’s hard to ignore the sheer number of Nick Saban products in the NFL.

Week 3 of the 2022 season is in the books, which made for some interesting games. The standings are beginning to shape up and teams are answering questions that they had before the start of the season.

The former Crimson Tide stars were brighter than ever in this third week of action. DeVonta Smith posted unreal numbers, while Tua Tagovailoa keeps silencing the doubters.

Here are the top former Alabama players in the NFL from Week 3. 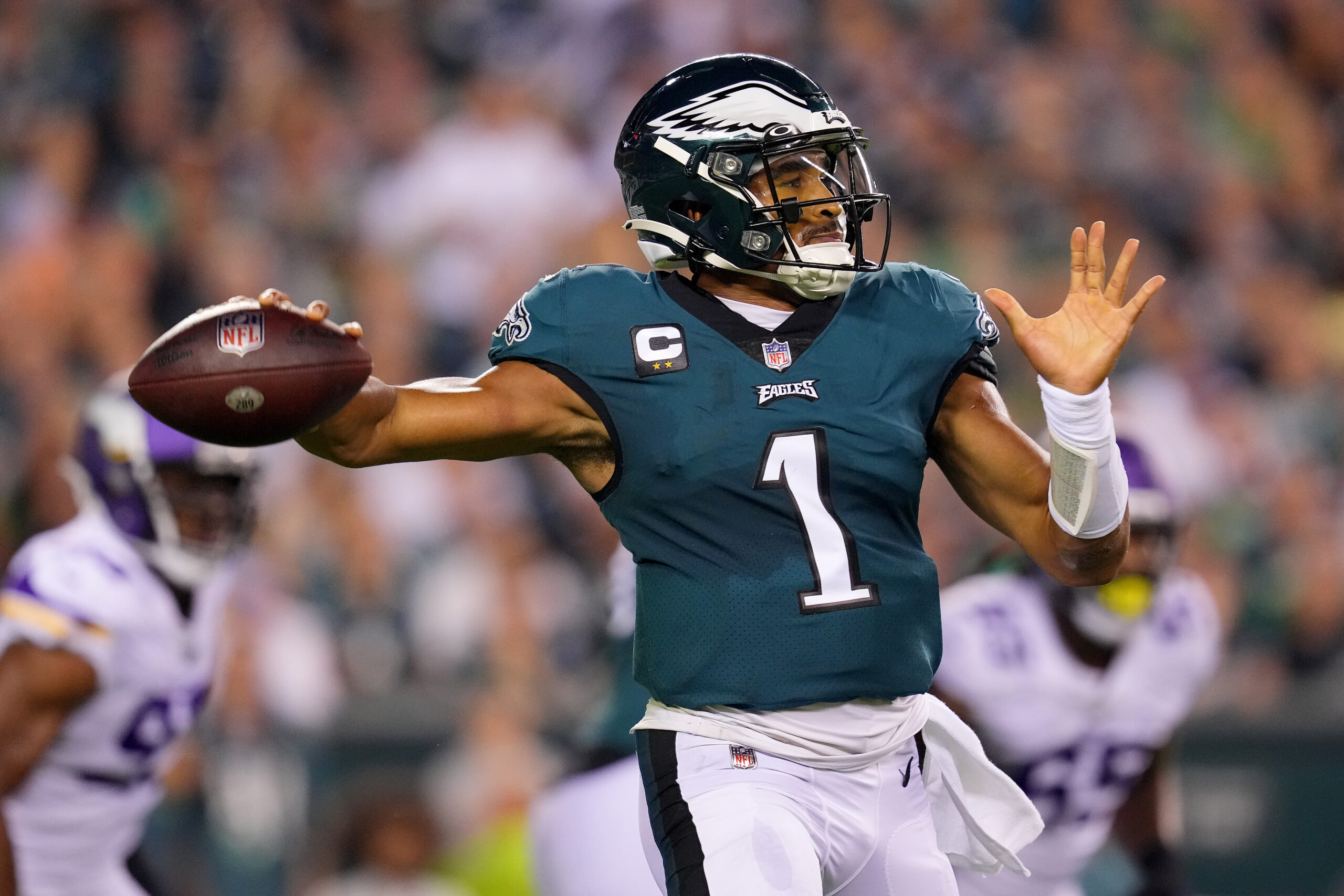 The story of [autotag]Jalen Hurts[/autotag] is one that will put a smile on anybody’s face. Hurts took Alabama to the national title as a true freshman before ultimately losing the starting job to Tua Tagovailoa and having to transfer to the University of Oklahoma. After a stellar senior year with the Sooners, Hurts was selected in the 2nd round of the 2020 NFL Draft with the No. 53 overall selection by the Philadelphia Eagles.

Initially, his time in Philadelphia was a bit rocky with Carson Wentz in town, but the Eagles turned the reigns over to Hurts and he has not been disappointed in the slightest.

Hurts had another dominant day today as his Eagles advanced to 3-0 on the season. Hurts complete 22 out of 35 passes for 340 yards and 3 touchdowns, with almost all of the damage coming in the first half of the 24-8 blow out. He continues to demonstrate that he is a key piece to the Eagles franchise moving forward.

Tua boosts the Dolphins to a perfect 3-0 record with a big win over the Buffalo Bills and fans are LOVING it!

Former Alabama quarterback Tua Tagovailoa was selected by the Miami Dolphins in the first round of the 2020 NFL draft. His first two seasons in the league were rough and met with ultra-criticism from fans and analysts. Now in his third year, Tagovailoa has seemingly found his stride.

The Dolphins faced off against the Buffalo Bills in a Week 3 matchup with the top spot in the AFC on the line. Winner remained undefeated, loser falls to 2-1.

Tagovailoa put up 186 yards and a touchdown in the down-to-the-wire 21-19 win over the Bills.

Fans on Twitter were quick to sing the quarterback’s praises. 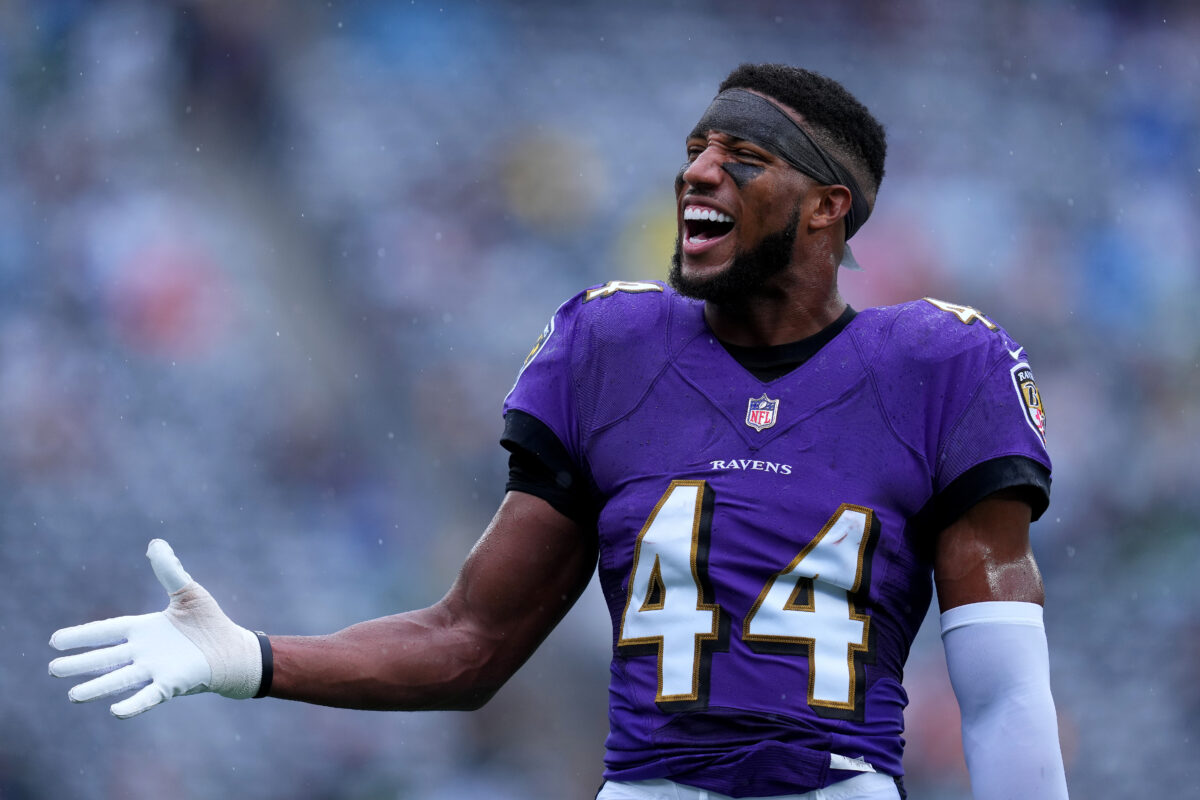 The Alabama Crimson Tide currently leads the NFL with the most active players on NFL rosters, and they have for some time now. Under head coach Nick Saban, the Tide has seen unparalleled levels of success with 46 former players being selected in the first round of the draft.

Even once the guys leave Tuscaloosa to play on Sundays, they will always have Crimson in their DNA and will always be treated as family.

Marlon Humphrey, a former ‘Bama great, loves to show how well the University still takes care of him to this day. Humphrey posted a video to his Twitter of a care package Alabama sent to all former players and they brought the heat! In the video, Humphrey unpacks all of his gear that includes hats, jackets, and every kind of apparel one could need!

Christmas came early with this @AlabamaFTBL box ☺️ Thank you for taking care of me… and Roll Tide..! 🔥 pic.twitter.com/at5mR9H3Vf

See how former Alabama players performed in Week 2 of the NFL season! 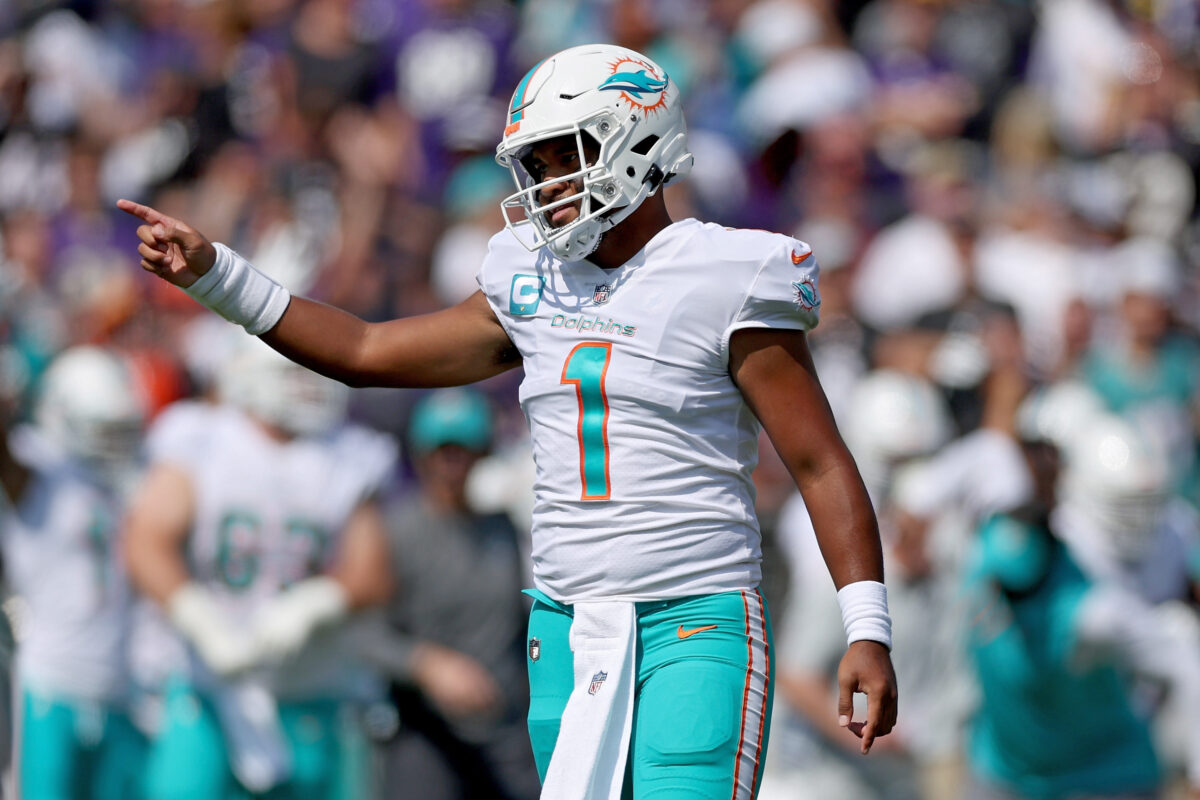 Several former Alabama players have performed well through the first two weeks of the NFL season. Some of the more notable performers have been Tua Tagovailoa, Jalen Hurts, and Minkah Fitzpatrick.

Week 2 was a wild one that featured plenty of former Crimson Tide talent.

Today, Roll Tide Wire will take a look at how former Alabama players performed in Week 2 of the NFL season.

Tua Tagovailoa threw for 469 yards and 6 TDs in the Dolphins come-from-behind win, and Twitter is showing love! 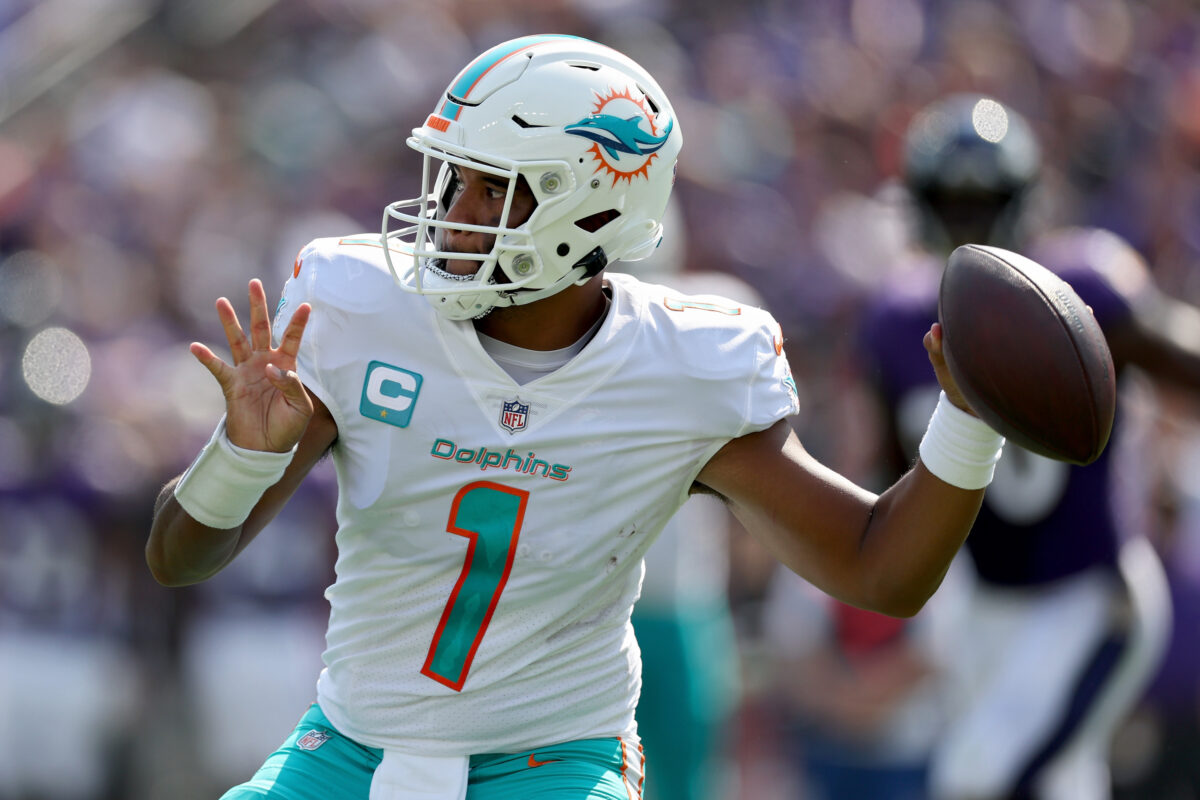 Former Alabama quarterback Tua Tagovailoa was a star while in college. He was selected No. 5 in the 2020 NFL draft by the Miami Dolphins. Since he joined the league, Tagovailoa has been a very controversial player, despite being a relatively quiet person.

Many have argued whether or not he is capable of being a franchise quarterback. He is often compared to Justin Herbert or Joe Burrow, who were also selected in the first round of the 2020 draft.

Today, the Dolphins hit the road to face the Baltimore Ravens in a Week 2 showdown after defeating the New England Patriots at home. Tagovailoa started out slow but ultimately led a comeback from 35-14 to 42-38.

Twitter absolutely lost it over his performance. Here’s what they had to say.