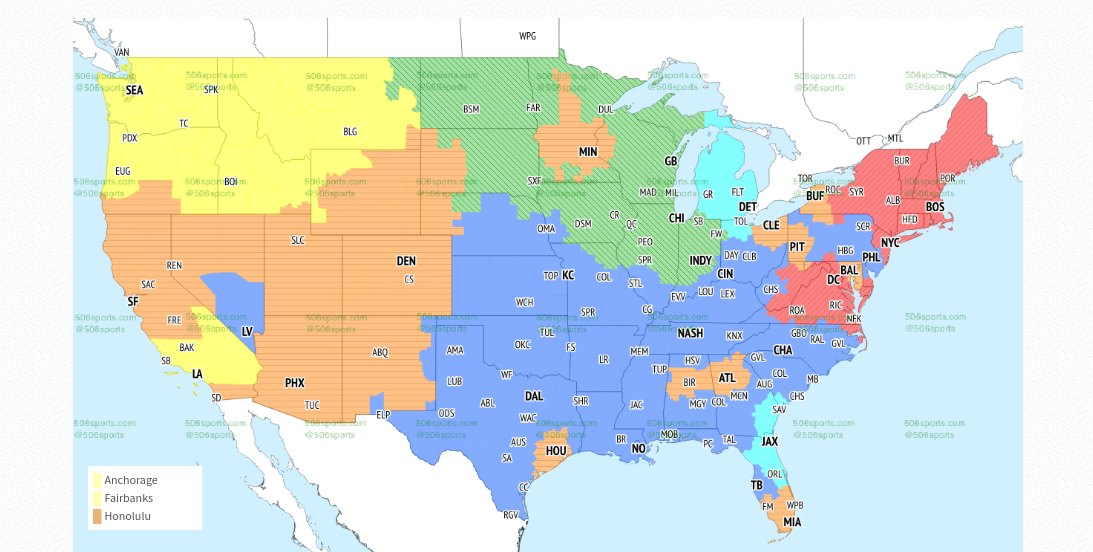 The Eagles are set for a physical matchup on Sunday afternoon when the Titans travel to Lincoln Financial Field.

The matchup will be the first for A.J. Brown against his former team, while both clubs will be looking to cement their status as top seeds in the playoffs.

Philadelphia will look to keep control of first place in the division and the overall top seed in the NFC.

We’re previewing eight games Philadelphia Eagles fans should keep an eye on in during the Week 13 slate of NFL games. 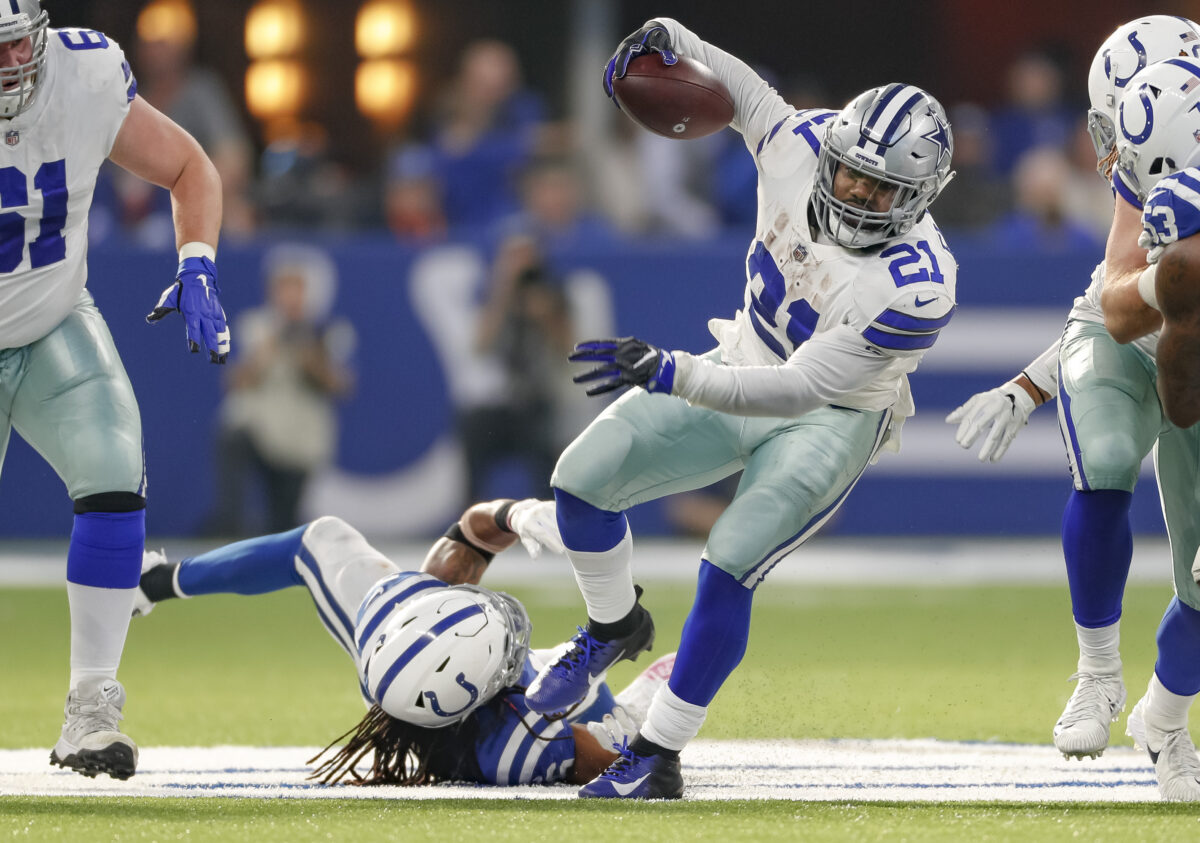 The Eagles will return to Lincoln Financial Field for an intriguing Sunday matchup against the Titans, and it won’t be the only big-time contest to watch.

WATCH: #Bills’ Dawson Knox mic’d up vs. #Lions on Thanksgiving: 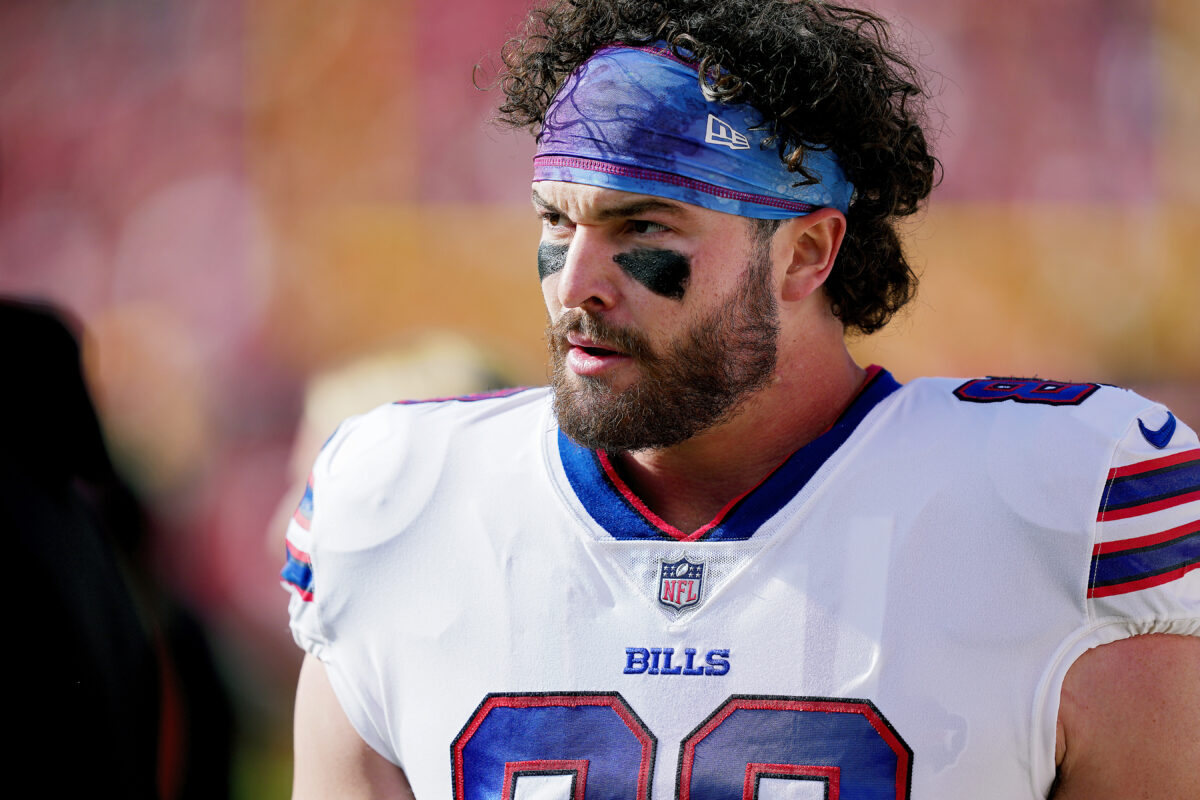 Bills tight end Dawson Knox was mic’d up by the team on Thanksgiving against the Lions.

Knox only had two catches for 17 yards in the 28-25 win, but boy was he engaged with the action throughout the day.

Check out the attached YouTube video above to see the sights and sounds of the Bills’ win over the Lions through Knox. 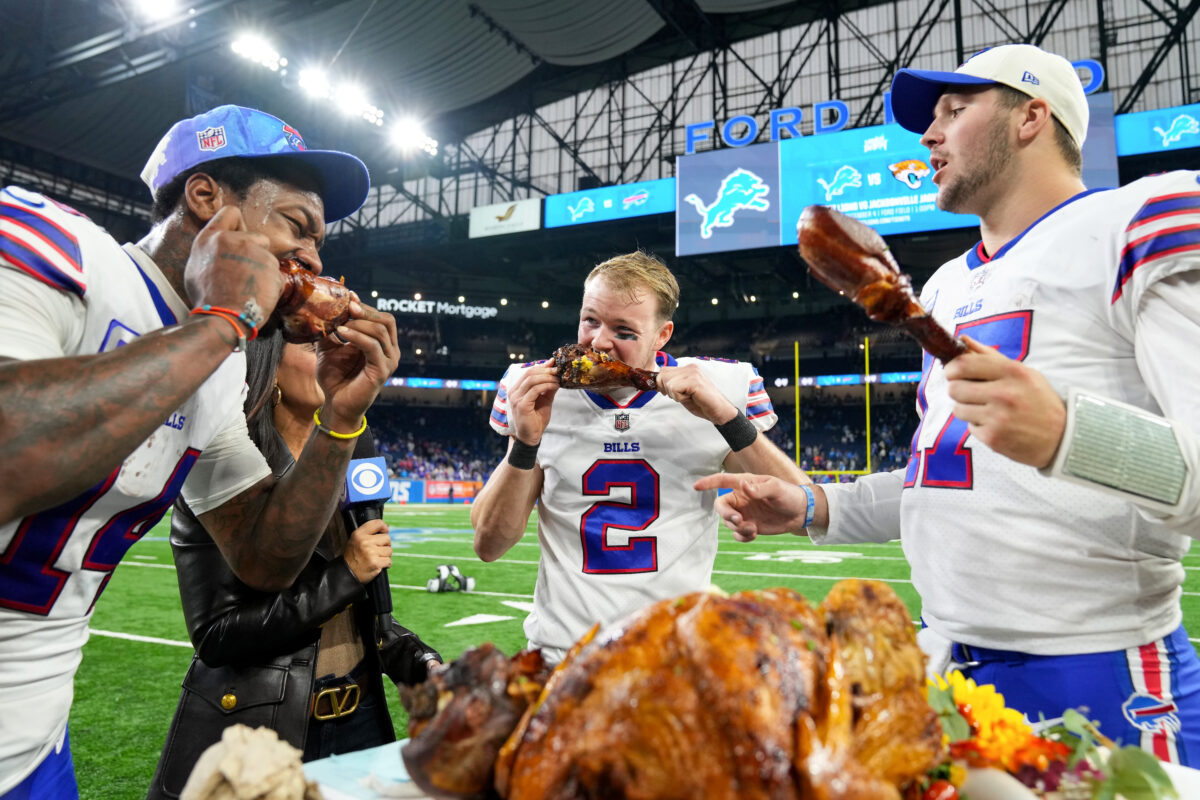 Bills quarterback Josh Allen and wide receiver Stefon Diggs had one of the most wholesome moments you’ll see on a football field on Thanksgiving.

In a downright cute manner, Allen and Diggs were stretching together before the Bills’ matchup against the Lions.

The Bills (8-3) went on to win 28-25, but prior to kickoff the pair were chatting. Cameras caught them saying they were both so thankful for having the other in their life.

Check out the beautiful moment in the NFL clip below:

With injuries to Justin Fields and Trevor Siemian, the Bears are signing former Lions QB Tim Boyle to the active roster. 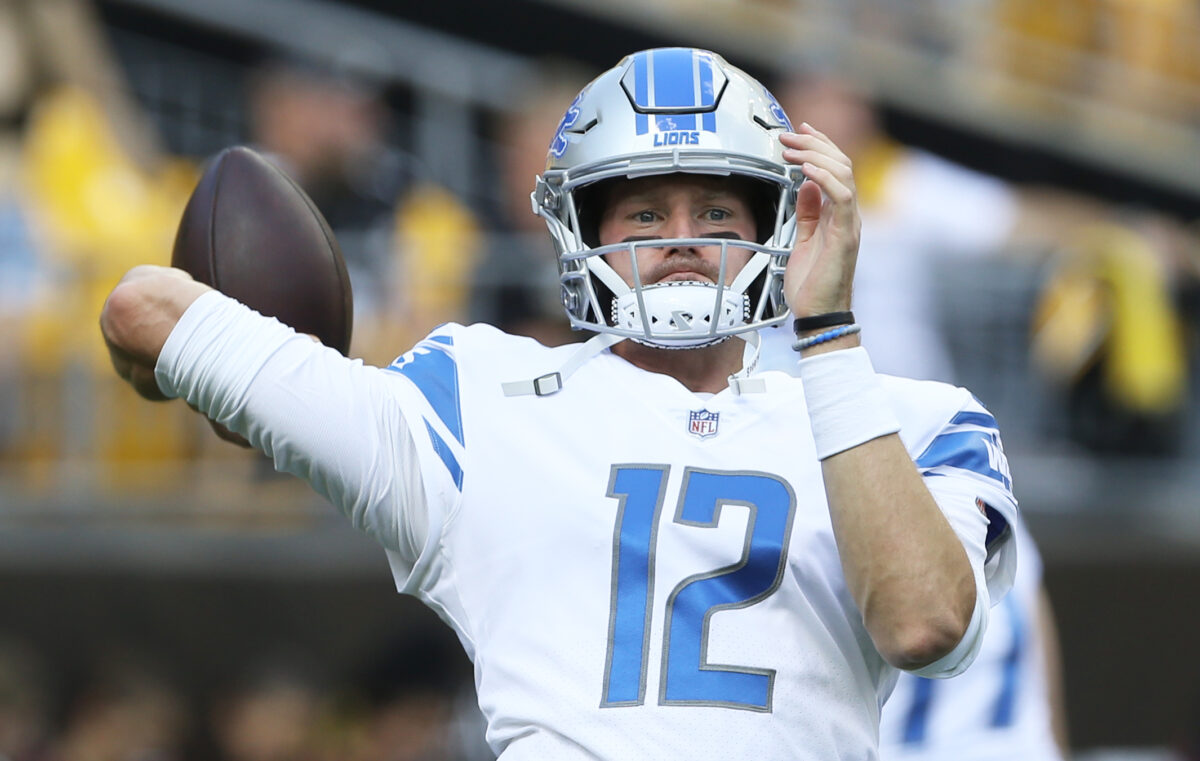 The Chicago Bears are taking extra precautions at the quarterback position this week, announcing they have signed Tim Boyle away from the Detroit Lions practice squad. The Bears are dealing with injuries to Justin Fields and backup Trevor Siemian and are looking for extra insurance ahead of their matchup with the Green Bay Packers. The team also signed defensive lineman Andrew Brown and placed safety Dane Cruikshank on injured reserve.

Boyle signed with the Green Bay Packers as an undrafted free agent in 2018. He was the primary backup to Aaron Rodgers in 2019 and 2020 and worked closely with Bears offensive coordinator Luke Getsy when he was with the Packers as the team’s quarterbacks coach.

The former Eastern Kentucky Colonel joined the Lions in 2021, starting three games. He totaled 526 passing yards, three touchdowns, and six interceptions last season. Boyle will be insurance as the Bears determine the availability of Fields and Siemian this week. Fields missed last week’s game against the New York Jets with a left shoulder injury, while Siemian played through an oblique injury.

In addition to Boyle, the Bears signed Brown to reinforce the defensive line. Brown has played with a number of teams since coming into the league with the Cincinnati Bengals in 2018. He most recently was with the Arizona Cardinals. 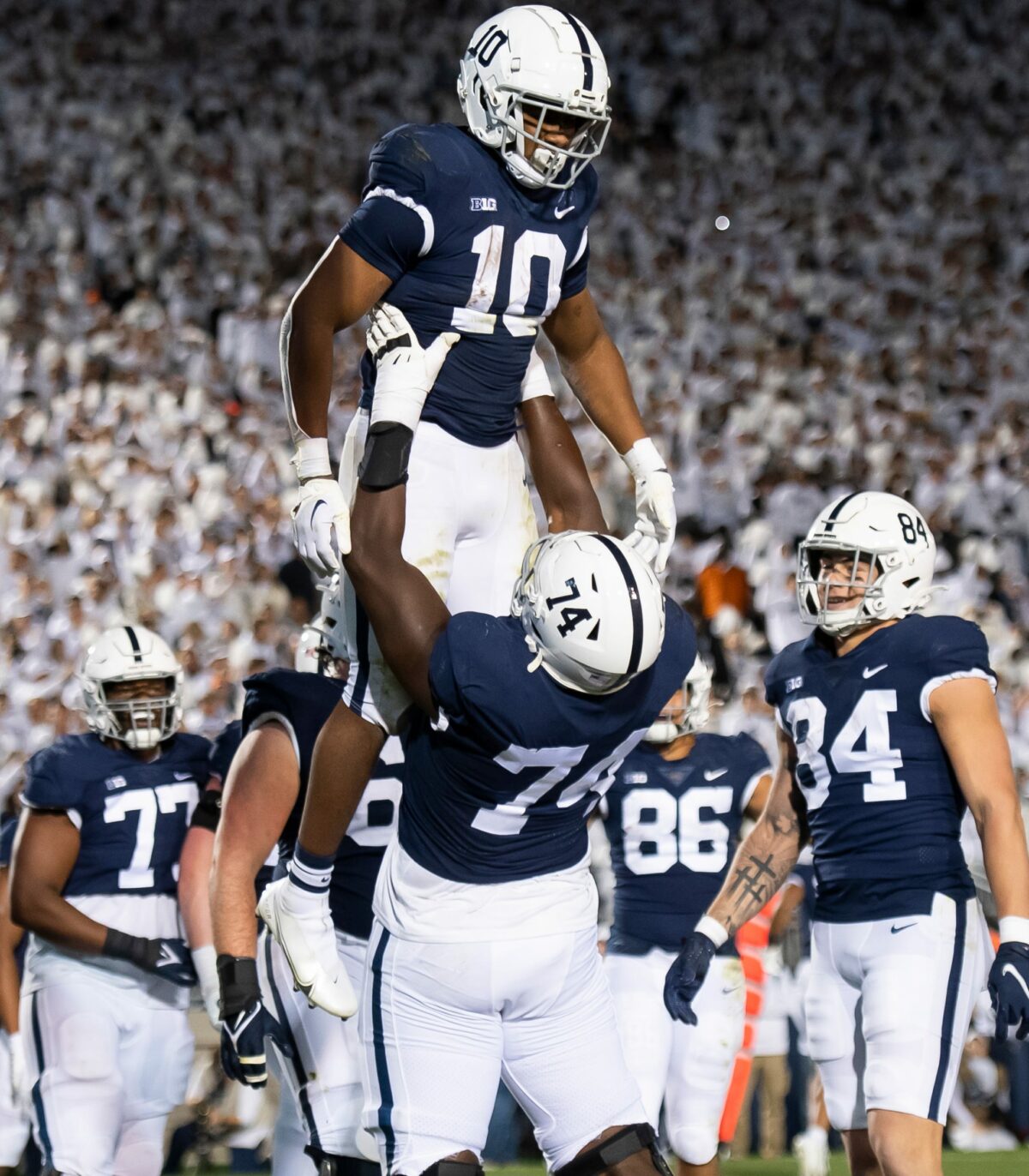 As we wrap up the regular season, Penn State awaits its hopes of getting into a New Year’s Six bowl. That also means we are getting closer to draft season.

This week, CBS Sports features two Nittany Lions in the first round. Who are these two players? Let’s take a look.

The first player has Penn State offensive lineman [autotag]Olu Fashanu[/autotag] headed to the Steelers. While this pick would have made plenty of sense for the Steelers, Fashanu announced his decision to return to Penn State in 2023.

Let’s break down what this means for Fashanu and his draft stock for 2024.

Several NFL draft analysts had Fashanu on their top 10 big boards. At just 19, turning 20 in December, Fashanu’s development this season was through the roof, and that is what had scouts out of their seats.

Some analysts had Fashanu as a top tackle in the draft, over players like Georgia’s Broderick Jones, Ohio State’s Paris Johnson Jr., and Northwestern’s Peter. Skoronski. However, what sets him apart from those players is his lack of experience at the collegiate level.

If we want to take a look at a potential way-too-early big board of offensive tackle prospects for the 2024 draft, you could certainly make the argument that Fashanu is near the top, with other players like Alabama’s JC Latham and Georgia’s Amarius Mims.

It is definitely a shocking move for Fashanu to not enter the 2023 draft after skyrocketing his stock this season. But he could also really benefit from it by improving his craft and gaining more experience at the collegiate level at Penn State.

This season was Fashanu’s first full season starting at the collegiate level. Sure, teams that were draft him in 2023 can take their time in developing him. The same can go in 2024, but Fashanu would also bring much more experience to the table.

The next player is [autotag]Joey Porter Jr.[/autotag] headed to the Detroit Lions in the NFC North. This wouldn’t be the first time Porter Jr. has been featured by the Lions, and it’s clear to see why. As of right now, the Lions have two first-round picks, including the Rams pick from the Matthew Stafford trade.

The Lions have a secondary that has been struggling for a while now. They drafted Jeff Okudah in the first round in 2020. He hasn’t really lived up to his potential either. Sure, he has dealt with injuries, and he is slowly starting to come around. However, the Lions still need to build depth in their cornerback room.

On top of that, Porter Jr. would also be the true NFL corner that the Lions need. He has been lights out this season and has continued to solidify himself as a first-round corner in the 2023 draft.

The Lions are a rebuilding team, and they don’t really have a key piece to build around on their defense. That is where Porter Jr. comes in. 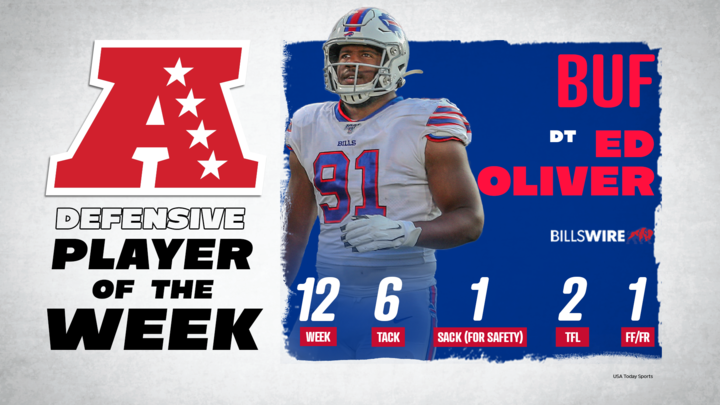 The team announced on Wednesday that Oliver has been named the AFC Defensive Player of the Week for his efforts against the Detroit Lions in Week 12.

Oliver’s outing made a huge impact on the contest which Buffalo won, 28-25. In total, Oliver had six tackles, including two for loss, one of which forced a fumble that Oliver recovered himself. In addition, Oliver had a sack for a safety.

Oliver’s sack, safety and fumble effort made him one of only four players to record such a game in the past 10 years (Khalil Mack, Cameron Wake, Justin Houston).

In beating up the Lions, Oliver made it three-straight Thanksgiving games in which he has dominated.

He has 14 tackles, 3.5 sacks, three tackles for loss, two forced fumbles and his safety in three-career Thanksgiving games.

The DPOW Award was the first of Oliver’s career.

Another week of games, another week where the Vikings sit atop our NFC North power rankings. 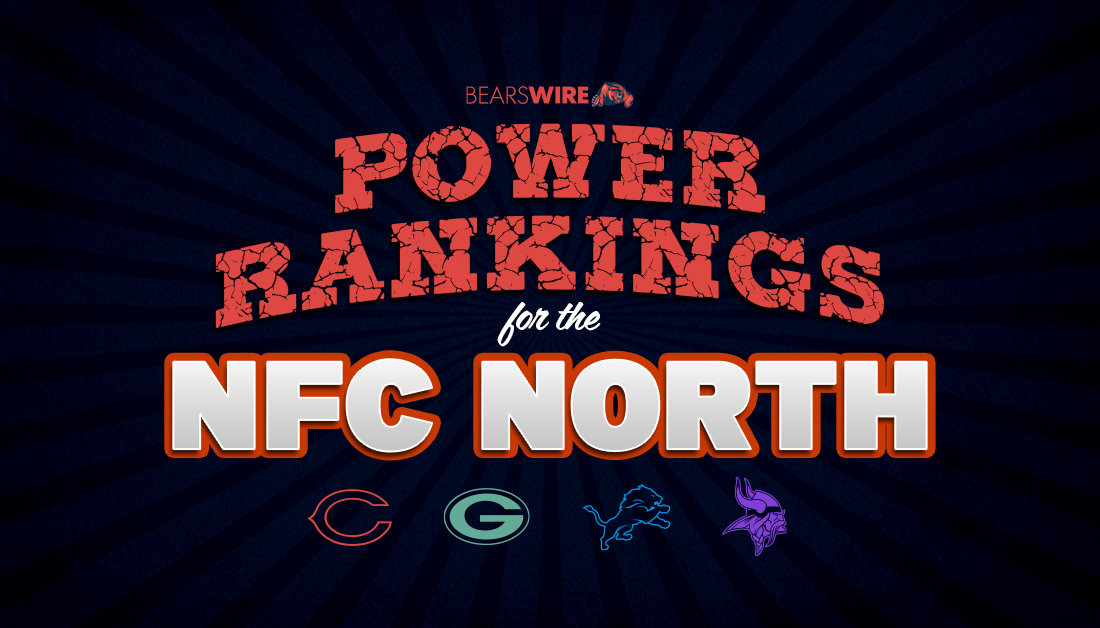 Another week is in the books for the NFC North and like many times before, the only victor in the division was the Minnesota Vikings. The Detroit Lions, Green Bay Packers, and Chicago Bears all lost at different points throughout Week 13, meaning the Vikings are on the doorstep of clinching the division.

The standings didn’t change this week and neither did the power rankings. But let’s still see where each team is at entering the final full month of the regular season.

Earning a division title this early would be a huge benefit 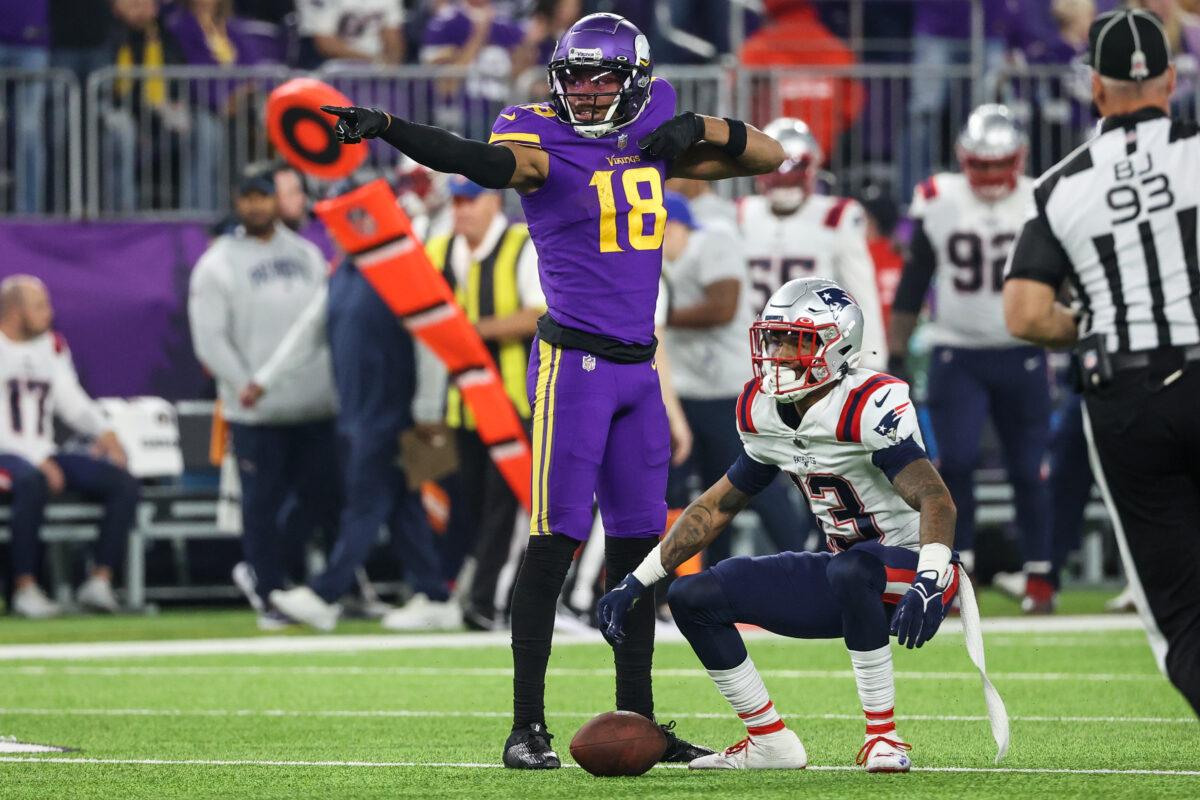 The Minnesota Vikings have the opportunity to do something that has only been accomplished only six times in the Super Bowl era:

Win their division and still have five games left to play.

The magic number is two for the Vikings, and there are two scenarios where Minnesota can clinch the NFC North in Week 13 against the visiting New York Jets.

The easiest route is for the Vikings to beat the Jets on Sunday and for the Detroit Lions to lose to the Jacksonville Jaguars.

They would become the seventh team to achieve the feat with five weeks to play, and that list includes the 1973 Vikings. No teams have ever clinched a division title with more games left to play. Only one team in that group failed to make the Super Bowl: the 1997 San Francisco 49ers, who lost in the NFC Championship Game to the Green Bay Packers.

Getting the division clinched earlier will be a huge positive for the Vikings as they will have one major milestone checked off.

What we learned from the #Bills’ win over the #Lions: 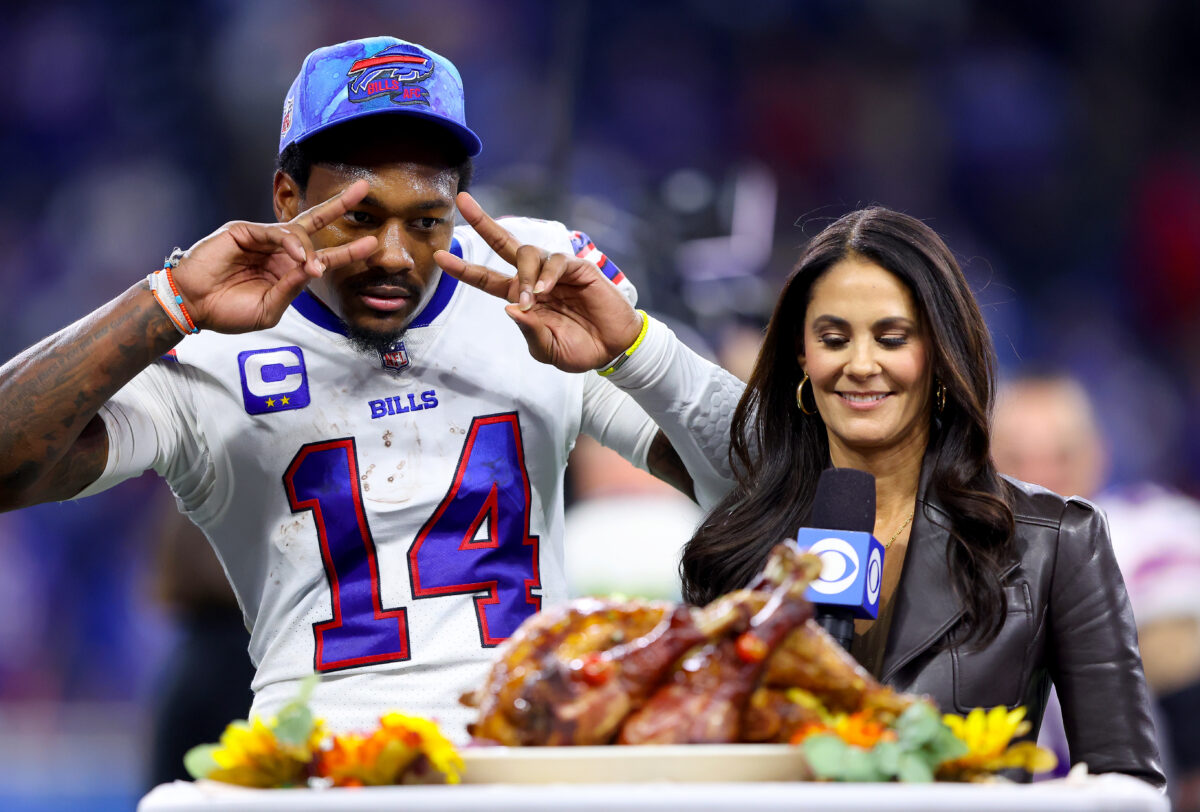 Here are three things we learned from the Buffalo Bills’ 28-25 win over the Detroit Lions in Week 12: