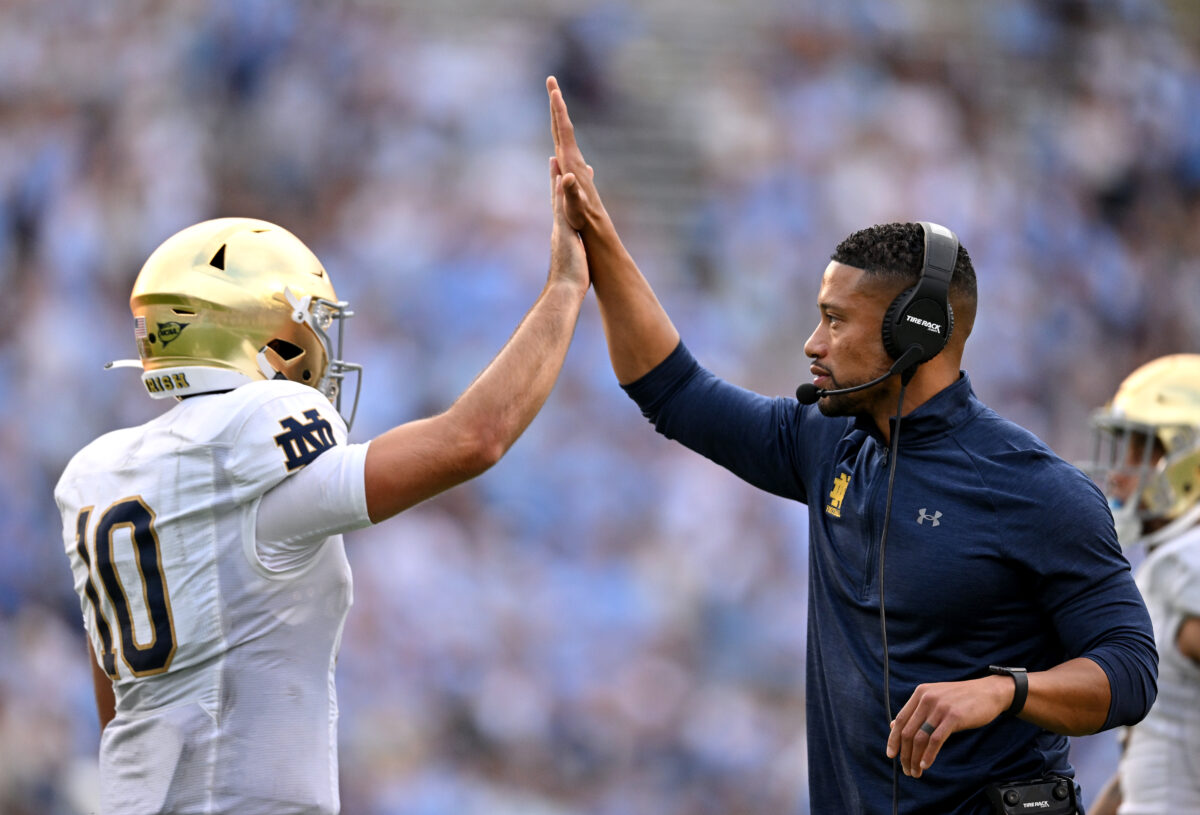 After a tumultuous and stressful first month of the Marcus Freeman Era, it feels like the bye week was a much needed and welcomed chance for everybody around the Notre Dame program.  Players, coaches and fans alike were  able to sit back, take a breath and just slow things down for a moment.

As we emerge from the break and focus on the Irish’s Shamrock Series game versus BYU in Las Vegas this weekend, a tremendous opportunity presents itself to Notre Dame. The chance to knock off the 16th ranked team in the country and show that early early September was a mirage and not who the Irish are.

n this regard, what happens in Vegas most definitely does not stay in Vegas. The Irish can take the proverbial “next step” in forming their early Freeman Era identity by notching a ranked win in primetime this Saturday. Let’s take a look at three confidences and three concerns I have pertaining to the Irish entering this affair.

What do you think the Irish should have been working on these past two weeks? 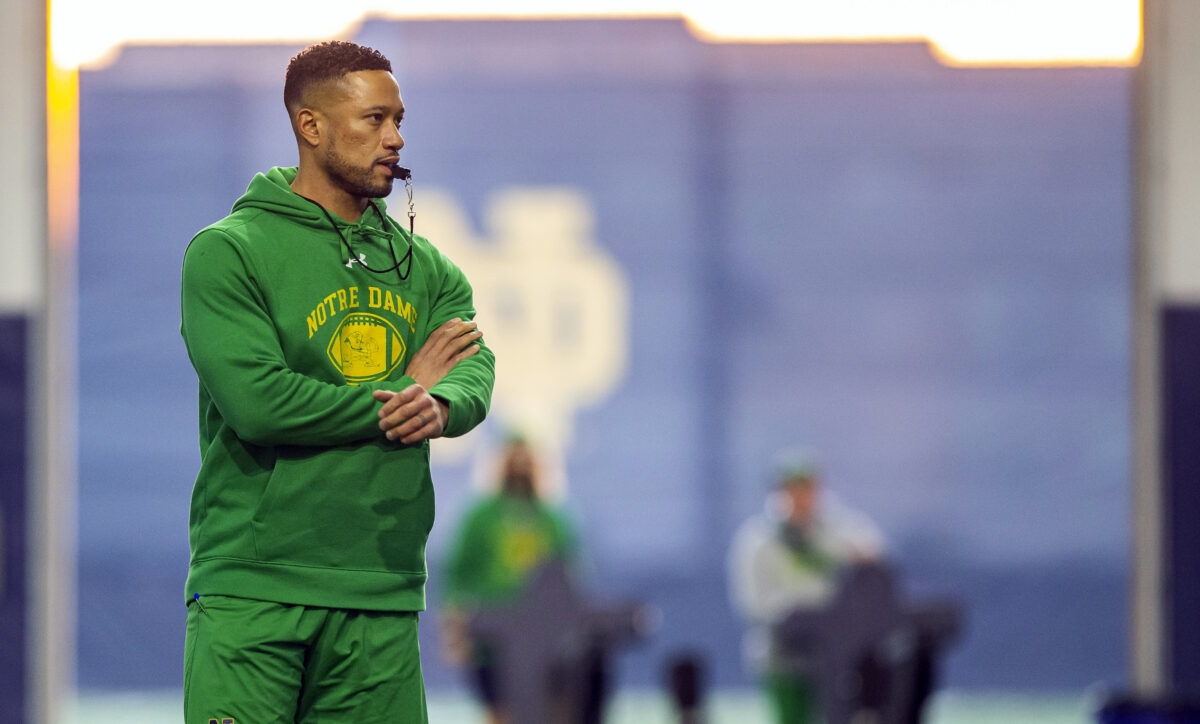 Bye weeks are the worst, any momentum gained over the past few weeks seems like it can be lost. For Notre Dame, they finally started to get back to their winning ways, consecutive victories against California and North Carolina. The good part about bye weeks is that teams can now self-scout. Yes, the wins weren’t perfect so there was plenty for [autotag]Marcus Freeman[/autotag] and his first Notre Dame team to work on. Here are a few things that I hope they tried to correct since last hitting the playing field. 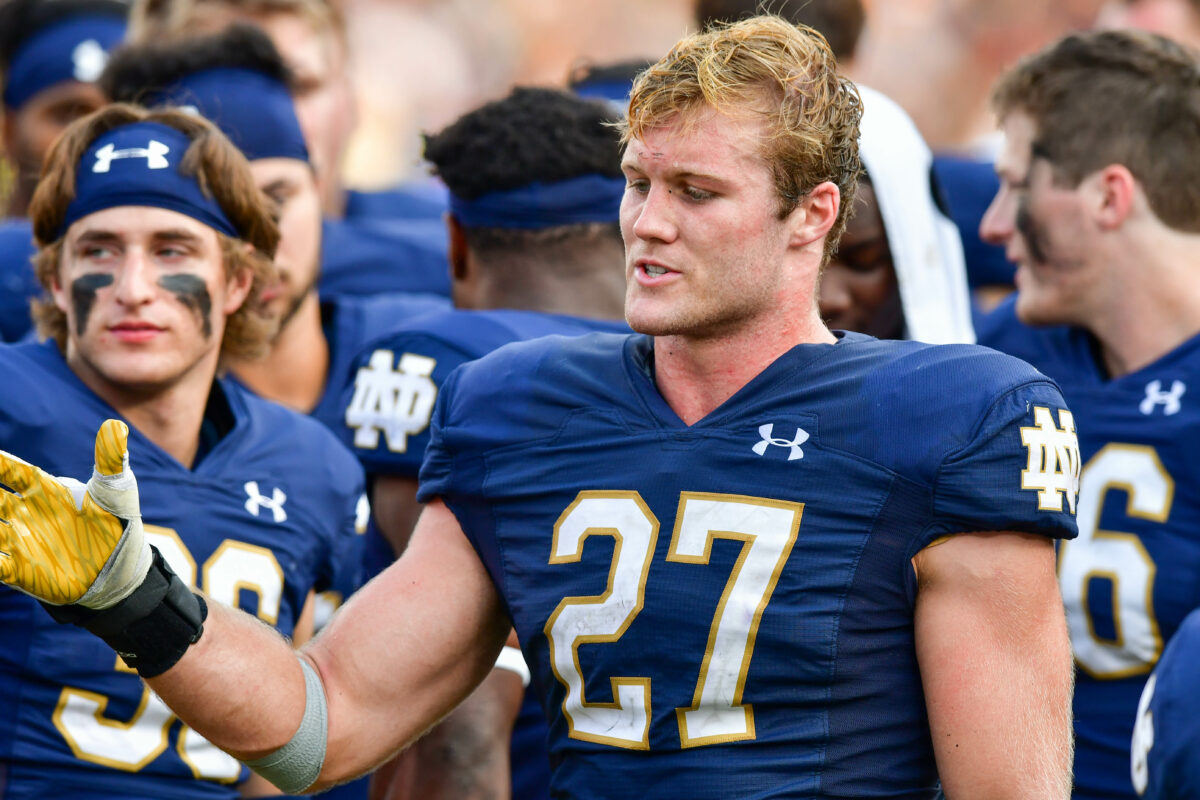 The Irish will be without linebacker [autotag]JD Bertrand[/autotag] for the first two quarters against BYU this weekend. The Cougars also had a player, defensive back [autotag]Gabe Jeudy-Lally[/autotag], get ejected during the second half of their last game against Utah State.

However, the decision by the NCAA for each player is much different. As for the Notre Dame starting linebacker, Bertrand’s appeal did not go well, and his appeal was denied. Jeudy-Lally had his appeal approved, and he will suit up for the entirety of the game against the Irish. The NCAA made a change to its targeting rule during the offseason, but its process is still very much judgmental.

Kalani Sitake said #BYU DB Gabe Jeudy-Lally's targeting appeal has been approved. He will be able to play in the first half against Notre Dame.#BYUFootball #BYUvsND

Could it be the NCAA ruled against Bertrand due to his “repeat” offense? When you watch the hit, he keeps his head up, and he isn’t making “forcible contact that goes beyond making a legal tackle” according to the rule.

“I can’t disagree more. I think it’s an awful call”@danorlovsky7 sounds off on the JD Bertrand targeting call pic.twitter.com/v8ts89OxLF

You be the judge. In your estimation was this hit by Bertrand outside the rules? This is undoubtedly a 15-yard penalty, but an ejection and half suspension? I think not. 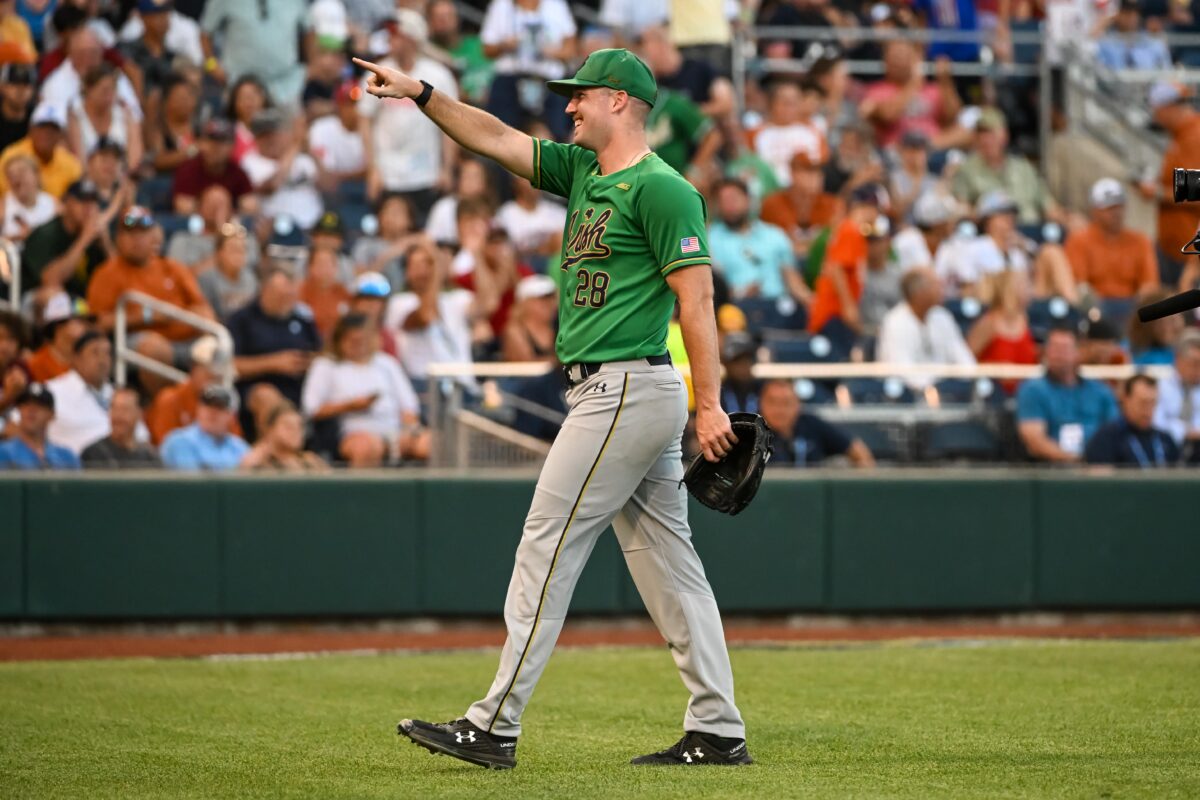 When the San Francisco Giants selected former Notre Dame ace John Michael Bertrand, it should have been viewed as one of the steals of the draft. I was somewhat shocked that he went so late, getting selected in the 10th round. After what JMB did in his short time with the Giants, that assertion was spot on.

When MLB.com looked at the best 2022 professional debuts, Bertrand was named among top performers. The lefty led the Atlantic Coast Conference with a 2.81 ERA and struck out twice as many hitters as he allowed walks. Since his transfer from Furman and through his first season of pro ball, JMB has been fantastic.

John Michael Bertrand struck out 3 in his single inning of work to earn the save in his first professional outing pic.twitter.com/7P4ra8d1SI

The Irish will miss their ace from the past two years but it is great seeing Bertrand having success so early into his professional career. 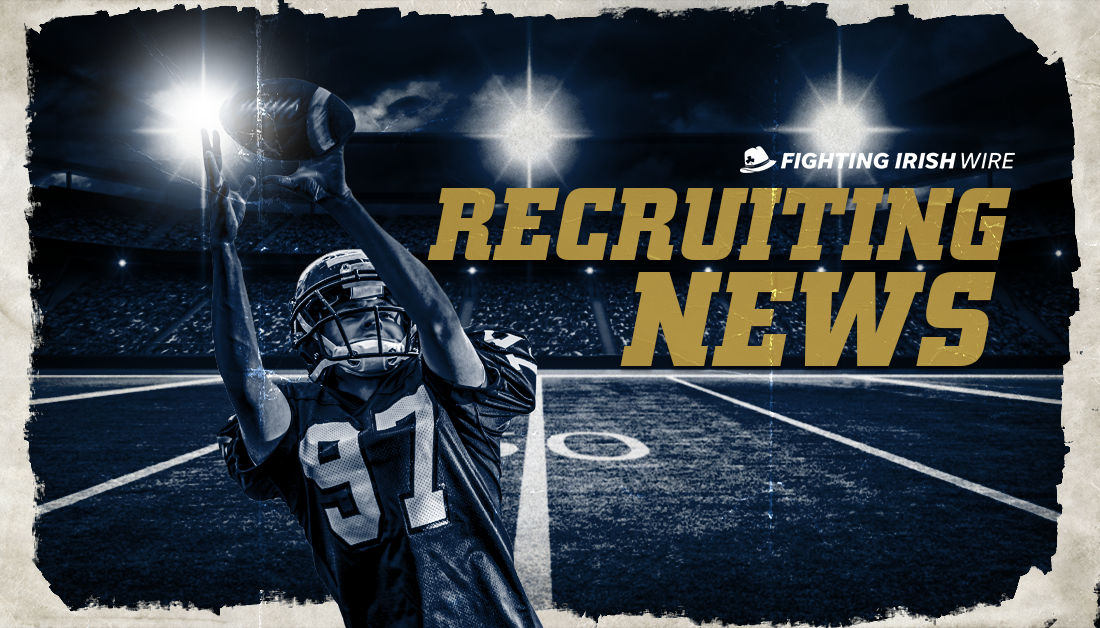 The courtship between Notre Dame and Kansas running back Dylan Edwards  was quite the quick rollercoaster. The Irish offered Edwards a scholarship on July 27, 2022 and just two days later he decommitted from instate Kansas State. A week later, Edwards committed to the Irish and it’s been all uphill since then. The 2021 Gatorade Player of the Year in Kansas might be a good bet to repeat that feat, especially after his game last night. Check out these highlights as Edwards runs all over his opponent en route to 5 touchdowns.

Plenty of games to scout while the Irish have a bye

The first weekend when your favorite team doesn’t play a football game can feel hollow, lonely and give you major FOMO. That doesn’t mean you can’t enjoy the weekend, get out and enjoy the fall weather. Or you could do what many of us die-hard college football fans will be doing, watching more football. Here are a few games that Notre Dame fans should pay attention to while the Irish are on their bye week. (Hopefully you get a preview on Thursday night of Notre Dame’s next opponent, BYU)

What do you KNOW about this Notre Dame team 1/3 of the way through the regular season? 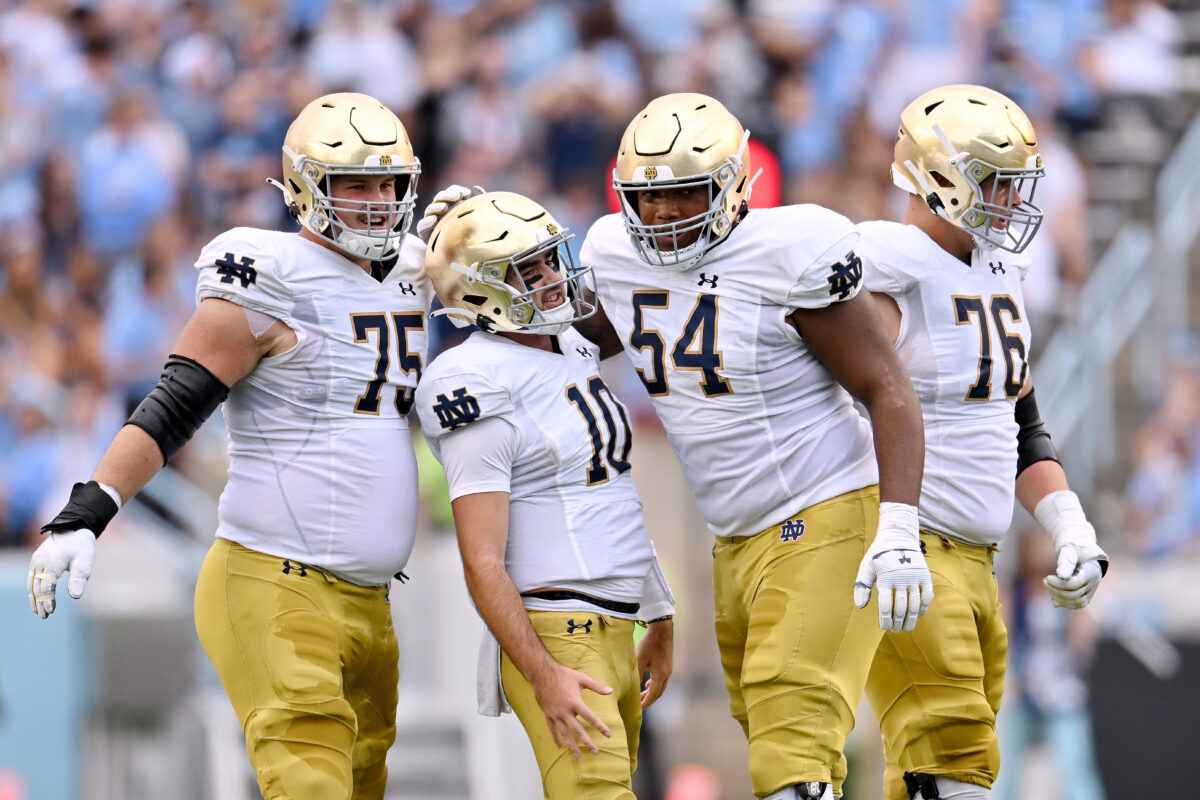 As is often the case when discussing Notre Dame football, how you feel about the Marcus Freeman led Irish after his first month at the helm depends much upon your perspective and what lens you choose to view things from.

Certainly there are justifiable reasons for concern in the short term such as the lack of collective production out of the wide receiver group or the entirety of the Marshall game debacle. At the same time there are justified reasons for optimism in the long term after the impressive offensive performance the Irish delivered in Chapel Hill last week and the resolve the team has shown after a rough start to the season .

While there is much nuance to navigate and grey area to ponder when analyzing the infancy stage of the Freeman era, I do feel that there are some knowns that we can count on as we transition into the second phase of the season. 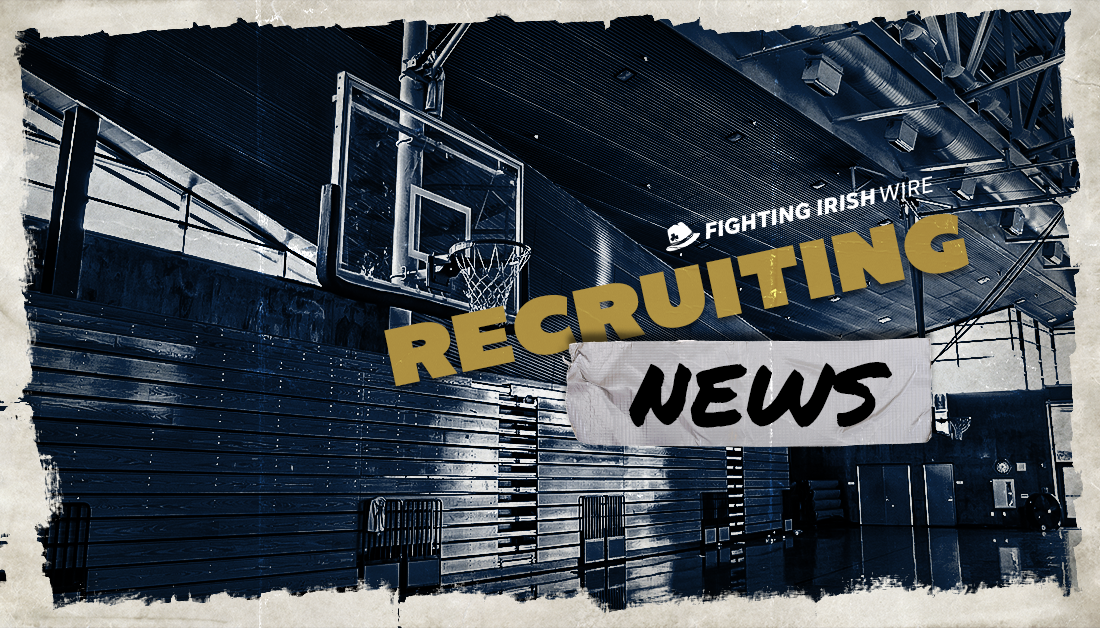 Over the summer Oklahoma shooting guard [autotag]Parker Friedrichsen[/autotag] had a change of hear. After initially committing to Oklahoma State, the four-star guard re-opened his recruitment. The Cowboy’s loss has not turned in to Notre Dame’s gain, as Friedrichsen announced a commitment to the Irish after going over his options which included Creighton, Davidson, Iowa and Nebraska. He also held offers from Illinois, Memphis, Missouri, Purdue, Oklahoma and others.

This now gives head coach [autotag]Mike Brey[/autotag] three commits for his 2023 class, as Friedrichsen joins [autotag]Brady Dunlap[/autotag] and [autotag]Markus Burton[/autotag] in a class that now ranks just inside the top 15 among the country according to the 247Sports composite team rankings.

There wasn’t a certain moment that John decided to be a Notre Dame football fan, it just kind of happened like it does for many like him… 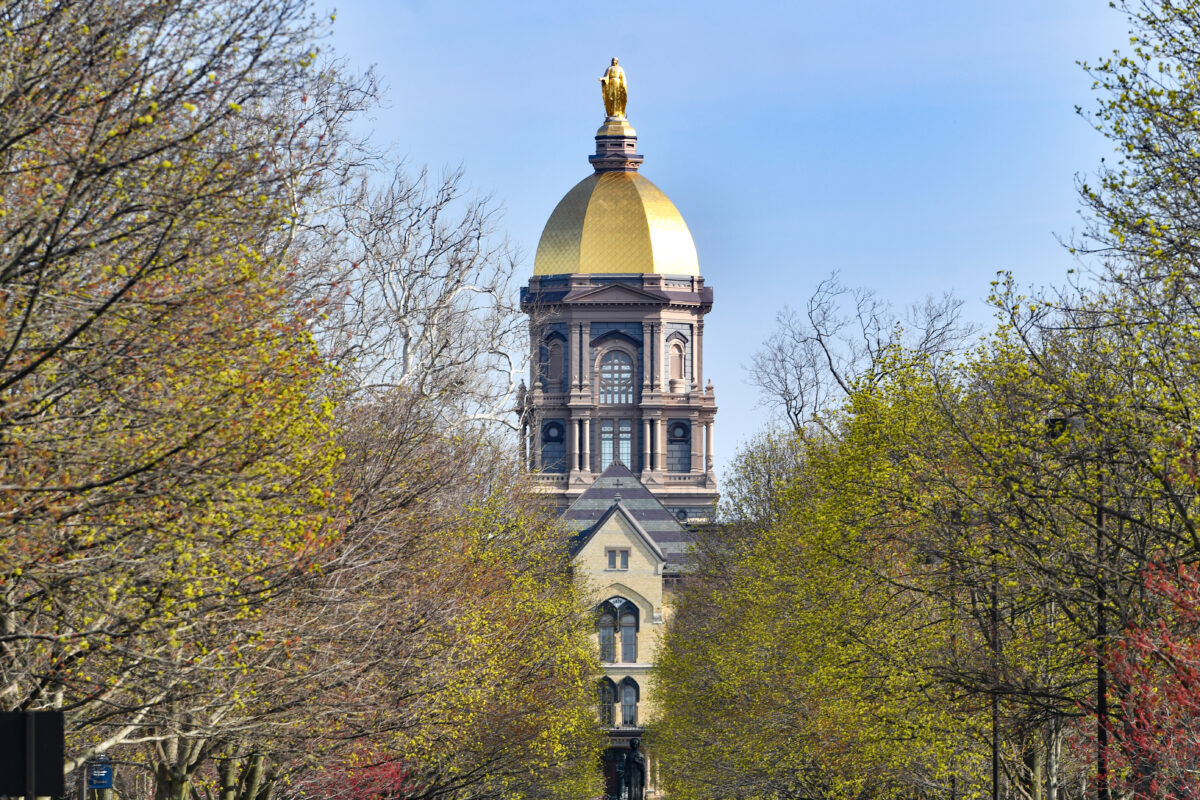 It’s not a choice, it’s just who we are. Hundreds of times in my life I’ve used this phrase either in person or in type in response to the same question. Why Notre Dame, John? And why love it so intensely?

It’s just who I am. I didn’t choose it on a whim or a hot run of late 1980’s Notre Dame football. To families like mine, South Side Chicago Suburban Irish Catholics, Notre Dame football is just an inherent way of life. Watching “Rudy” was a part of the curriculum twice a year in school. We wanted to be Notre Dame players for Halloween every year, not ghosts or goblins. We waited for the recruiting magazine to hit the front stoop like we were 7-year-olds on Christmas morning looking under the tree.

Notre Dame is just different. It doesn’t represent a geographical region like most colleges, it represents folks’ religion, heritage and values. The “Fighting Irish” moniker, once an insult, is now taken as a compliment as a nod to our ancestors’ journey, struggle and rise in America. For so many of us, Notre Dame represents these very personal, deep, meaningful and existential familial tales of struggle and triumph. The football team is the most iconic visual publicly known representation of Notre Dame and we value this entity being respected more than anything else. It’s personal to us, it’s just who we are.

NEXT: The start of Always Irish INC 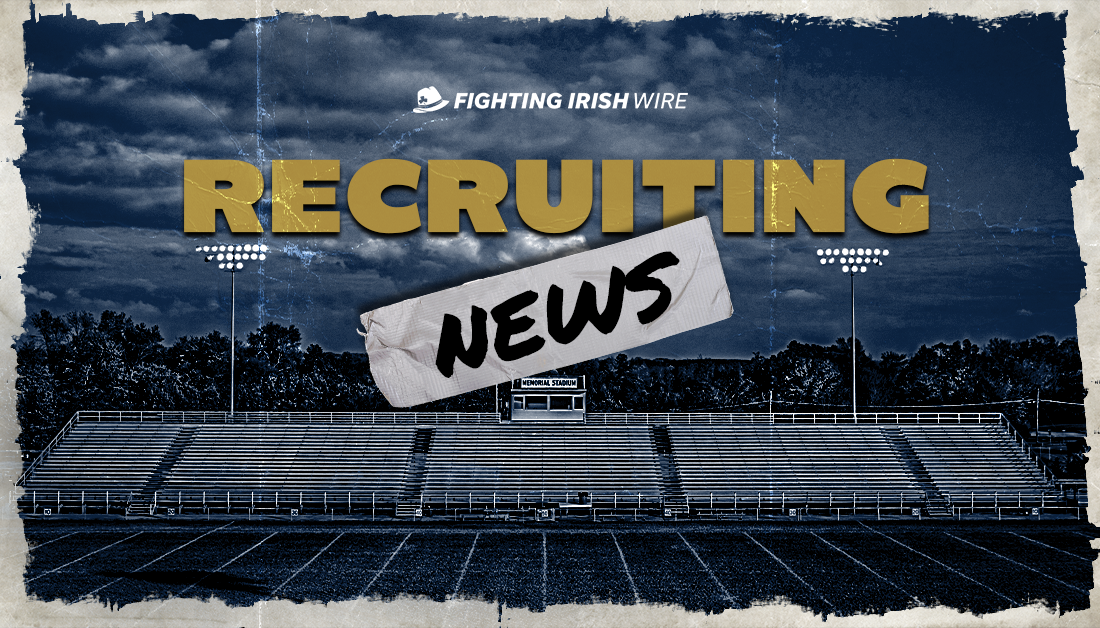 The Irish faced off against Ohio State in the season opener and it didn’t go as many of us would have liked, with Notre Dame falling 21-10 to the Buckeyes in Columbus. Not only were there ramifications on the field but off them as well, specifically on the recruiting trail. Both Midwest powers go after plenty of the same prospects so it would make sense if the Irish or Buckeyes would try and take each other’s prospects.

247Sports recruiting guru Bill Kurelic recently broached the topic of the Buckeyes trying to flip some Irish commits (subscription required) and here are the details of the report.