While playing defense, guard Tyree Appleby took a shark elbow directly to the forehead from forward Keve Aluma, resulting in a head injury. 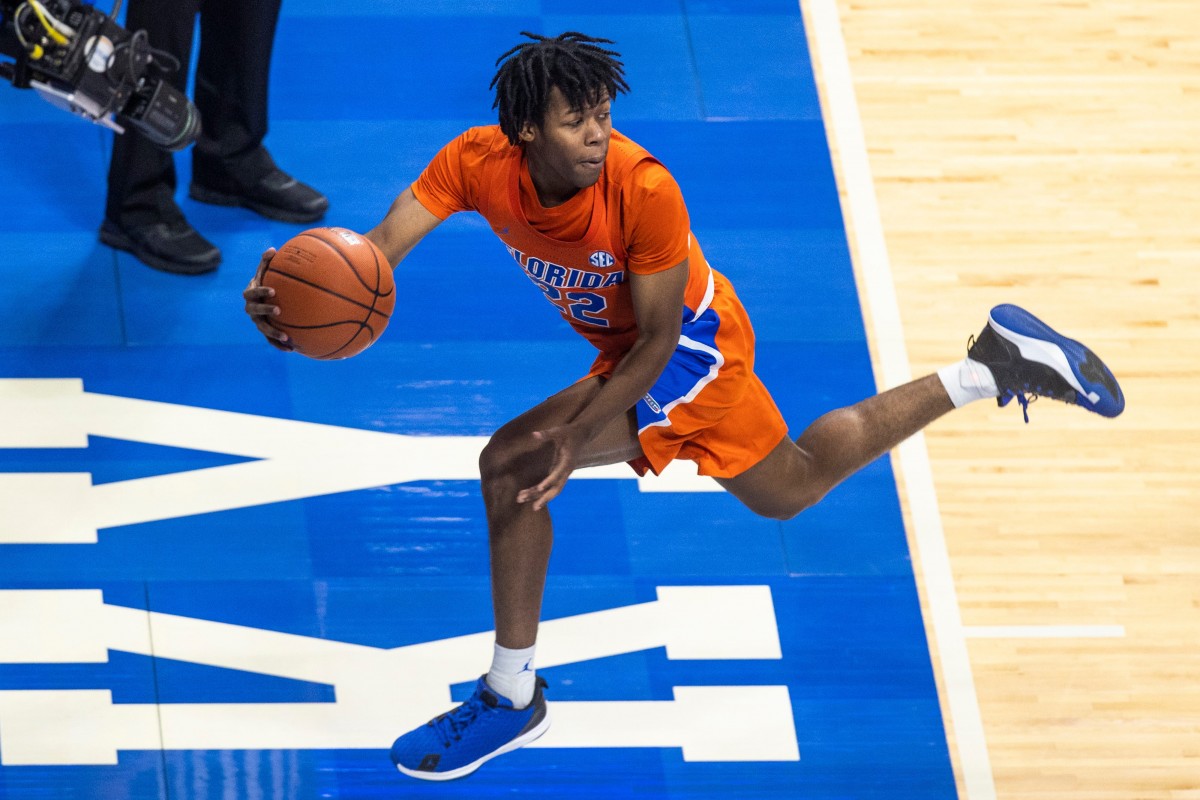 The No. 7 seed Florida Gators took the court on Friday against the No. 10 Virginia Tech Hokies in the first round of the 2021 NCAA Tournament on Friday as the two schools look to fulfill their post-season dreams.

VT took a six-point lead into halftime after a first half that was a bit uninspiring by both teams. Coming out of the break, Florida began pushing back and managed to cut into that lead. Then something awful happened.

While playing defense, guard Tyree Appleby took a sharp elbow directly to the forehead from forward Keve Aluma, resulting in a head injury that spilled blood and could possibly be worse.

Appleby was assisted off the court by Keyontae Johnson and a member of the training staff. He was reported with a forehead laceration and is currently receiving stitches in the training room at the time of publication. Hopefully, he did not sustain a concussion or any further injury as a result of the blow.

We will be sure to provide updates as they become available.