TPC Sawgrass, home of the Players Championship and the iconic 17th island green, opened on this day 40 years ago. 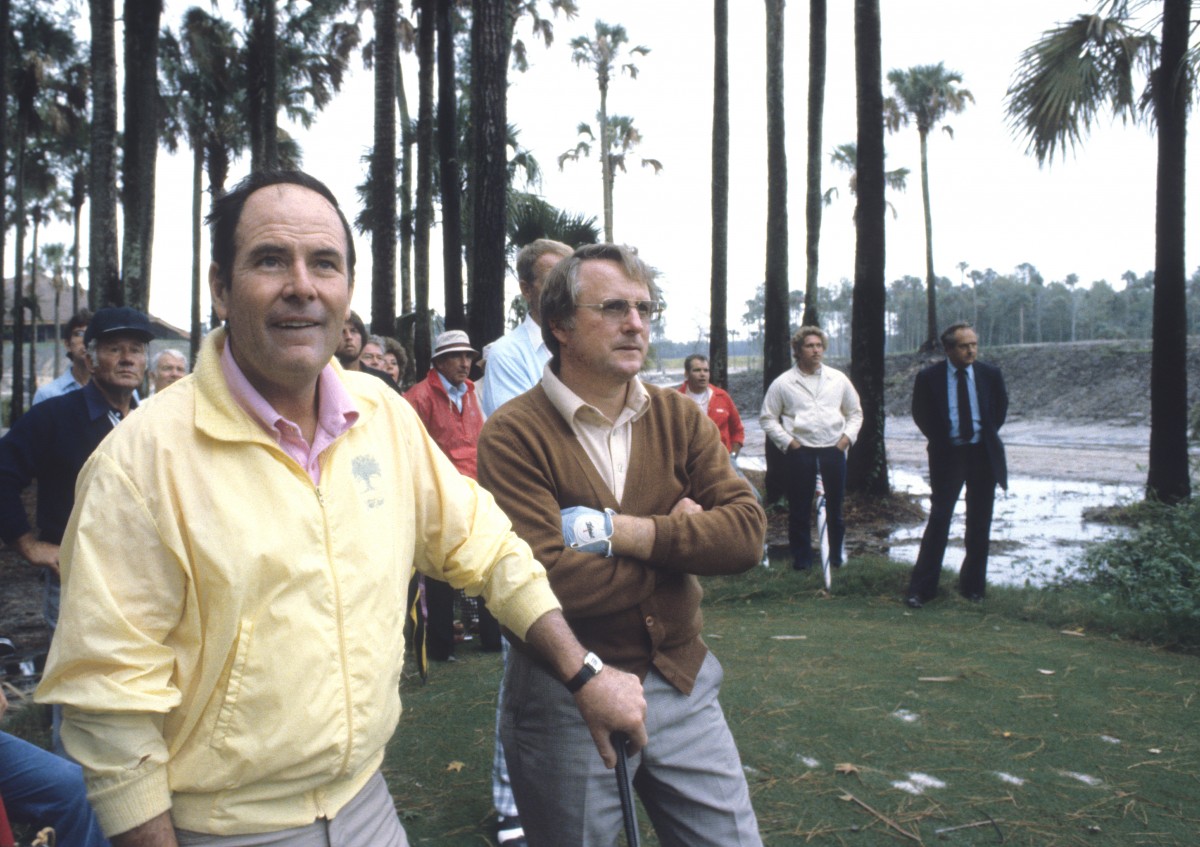 PONTE VEDRA BEACH, Fla. – All it took was a dollar and a dream – and 415 acres of swampland in northeast Florida – for Deane Beman to redefine the notion of spectator-friendly and launch the first of what became a network of 30 TPC golf facilities across the country.

Forty years ago, at 9 a.m., on Friday, Oct. 24, 1980, TPC Sawgrass Stadium Course a bagpiper led a host of dignitaries into the clubhouse on a gnarly rain-swept day. Hall of Famer Byron Nelson and Beman’s predecessor Joe Dey, the PGA Tour’s first commissioner, were among the guests along with active Tour pros Bob Murphy, Mark McCumber, Bert Yancey and Hale Irwin, a member of the Tour’s player advisory board.

“We have a place we can call home,” Irwin said. “Everybody needs a home.”

TPC Sawgrass and the concept of Stadium Golf was Beman’s brainchild and early in his tenure as Commissioner he sought a permanent home for the Players Championship. Initially, Beman approached the owner of neighboring Sawgrass Country Club, the Arvida Corporation, and offered to buy its facility. Not only did Arvida refuse to sell, it doubted that Beman would ever obtain financing or approval to buy a facility and proposed a $100 bet to Beman that he could never achieve his dream. Challenge accepted.

Beman set out to build his own course for what he envisioned becoming the Tour’s flagship event and found willing partners in Jerome and Paul Fletcher, the largest landowners in the area. They eventually agreed to sell 415 acres of swampland to the Tour for $1. It was a land coup on par with the purchase of Manhattan from the Indians.

With some more savvy wheeling and dealing to acquire a loan and the sale of a limited number of memberships, Beman said the PGA Tour didn’t have to spend a nickel to develop the course ranked No. 12 on Golfweek’s Best Courses You Can Play list.

“Actually, I did write a check for $1,” he says before remembering that the Fletcher Brothers never cashed the check and later returned it to him. For years, it hung in his office and now resides on the wall in the TPC Sawgrass clubhouse.

Beman hired course architect Pete Dye to design a golf course not built for the players, but rather for the gallery. The concept was to accommodate spectators in a way that they never had been before with huge mounding for an improved viewing experience on par with other sports. At their initial meeting, Dye scribbled the makings of a course on a restaurant placement.

“Pete Dye embraced Stadium Golf as if it was his own child,” Beman said in Deane Beman: Golf’s Driving Force.

In March 1980, three years after making a bet, Arvida’s Chuck Cobb paid off his lost wager by presenting Beman with a $100 bill mounted on a plaque that included the following inscription: “To Deane Beman, the man who did what we said couldn’t be done. From Chuck Cobb and his associates at Arvida, who bet on the difficulty of the task, not on the capability of the man doing the task.”

During TPC’s grand opening ceremony, it rained so hard that they had to move the celebration into the clubhouse. When it was his turn to speak, Beman ditched his prepared remarks. Instead he looked out the clubhouse window and said, “Some 400 years ago, I believe it was on a day just like this in St. Andrews, Scotland, on a gnarly, windy day that somebody played the first round of golf. So it’s not inappropriate that we open a new era here at the Tournament Players Club on just such a day.”

“Alice Dye looks at me and said, ‘How does he come up with these things?’ ” Kelly recalled.

Almost on cue, the rain stopped and shortly thereafter the inaugural group of Beman, Dye, Irwin, and John Tucker, the ceremony’s emcee and the first chairman of the Greater Jacksonville Open in 1965, teed off.

But not before Rev. Abraham Akaka, pastor of the Kawaaiahao Church in Honolulu, christened the course, dipping palm leaves in an ancient ceramic bowl that Beman held with water. He said a prayer and waved the wet leaves in four directions, representing the four corners of the Earth. “I think of Deane as a prophet and a priest of golf,” Akaka said. “A prophet is one who sees the future and helps to bring it into being and a priest is one who nurtures the life of golf that is here.”

“He blessed every blade of grass,” Judy Beman, Deane’s wife, remembered. “Hale said, ‘Judy, if he doesn’t shut up I’m going to hit him with this iron.’ It took forever to get off the first tee.”

Forty years on, the Players Championship is one of golf’s most prestigious events, the TPC course one of the most popular destinations in the country, and its island par-3 17th one of the most iconic holes in golf. Asked how close the golf course is today to his original concept, Beman didn’t hesitate with his answer.