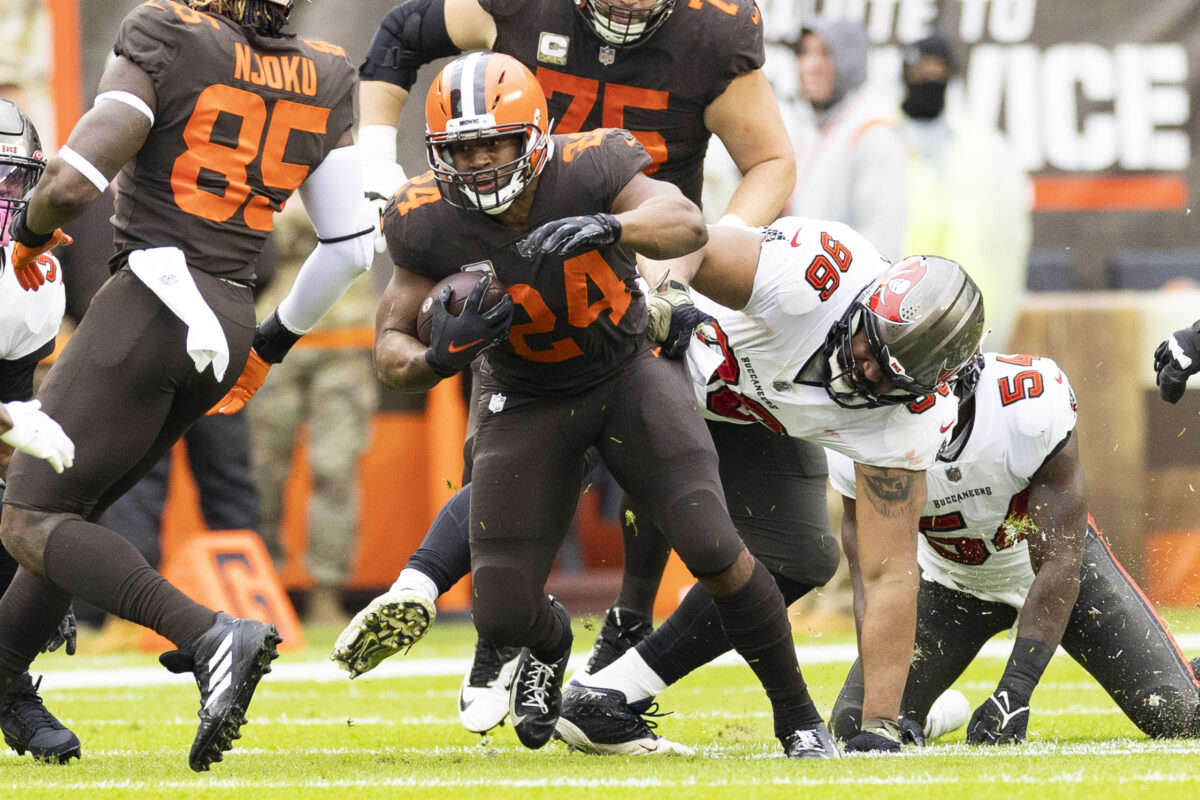 The Cleveland Brown has become one of three players in NFL history to amass at least 980 rushing yards and eight touchdowns in each of their first five seasons.

continuing to place his name next to the greats 🚀💯 pic.twitter.com/ScOPxnnpCX

Chubb gained 4,769 yards at the University of Georgia in his four year career, which is second in program history behind only Herschel Walker.

What a grab by George Pickens! 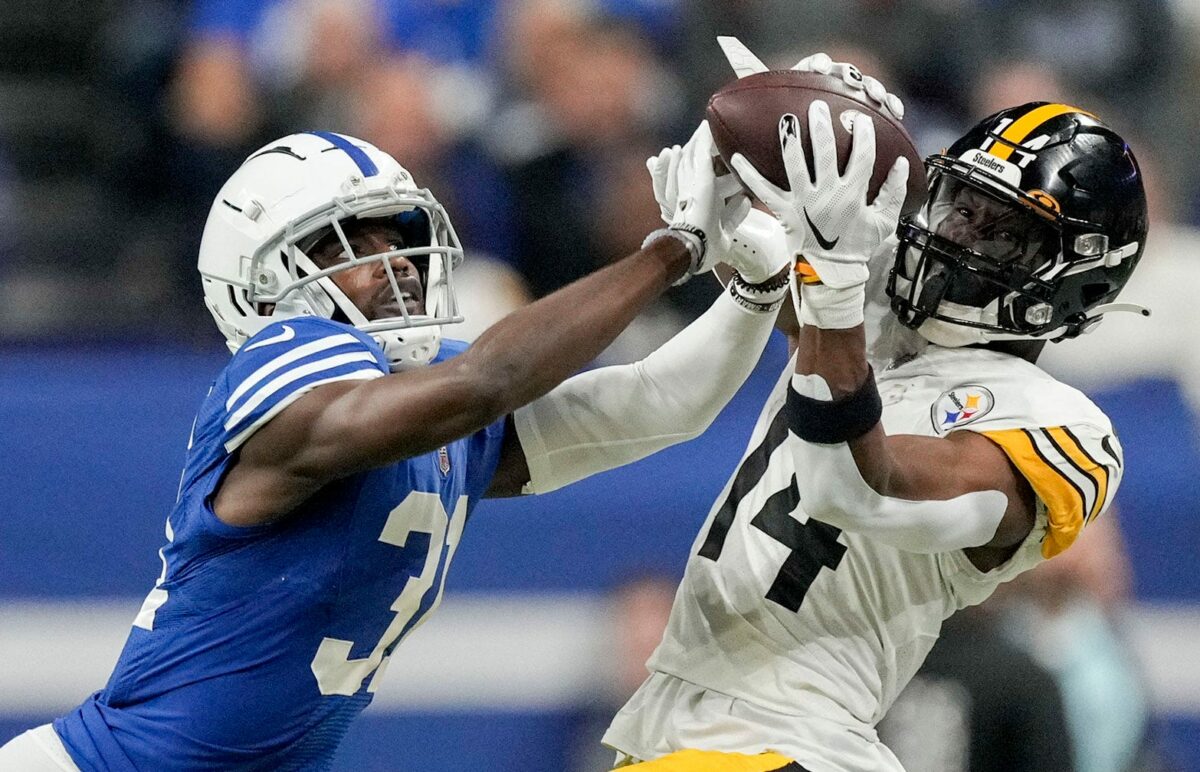 Pittsburgh Steelers rookie wide receiver George Pickens has had no shortage of impressive catches in his first year as an NFL pro.

Pickens showed off his hands again on Monday Night Football as the Steelers took on the Indianapolis Colts.

George Pickens is too good 😤

The former Dawg added to his big night a grab in the endzone for a successful two-point conversion that helped secure the Steelers 24-17 road win. 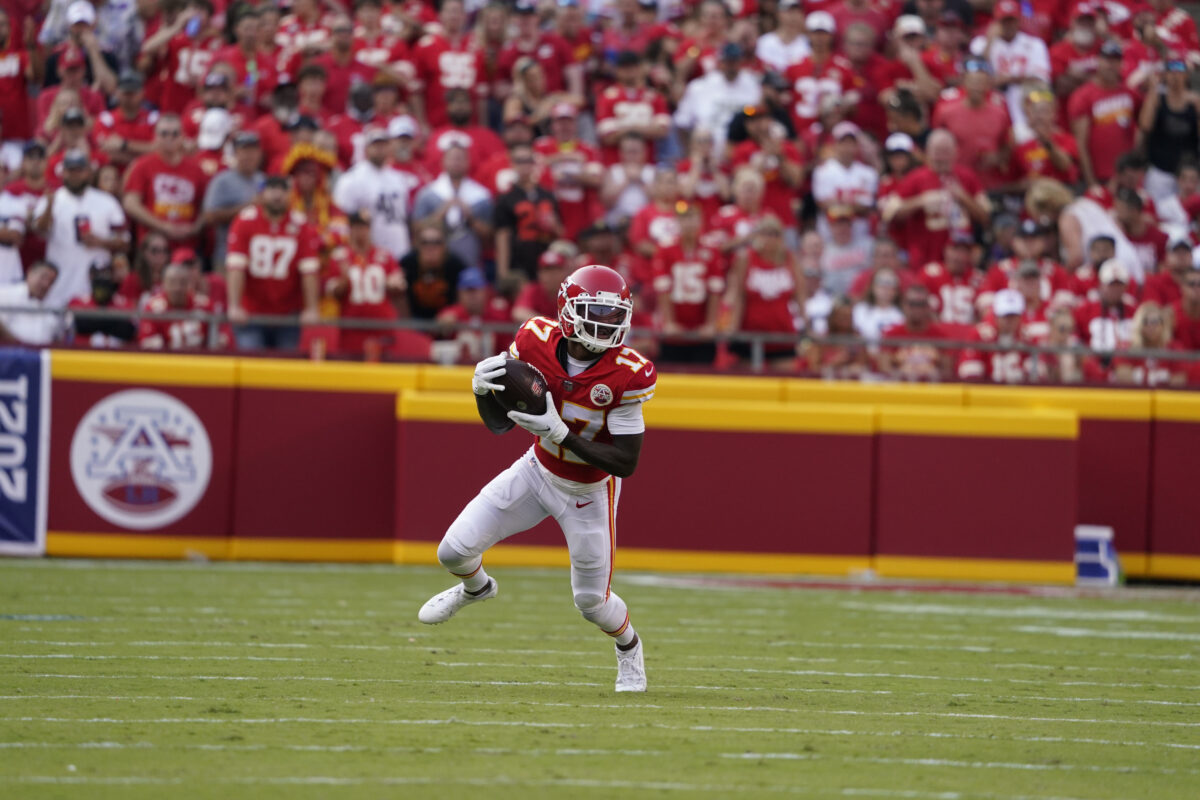 Former Georgia Bulldogs wide receiver Mecole Hardman is expected to miss the next four games for the Kansas City Chiefs. Hardman is recovering from an abdomen injury and an illness. The Chiefs placed Hardman on injured reserve on Nov. 17.

The Chiefs, who are 7-2 and have the best record in the AFC, are thin at wide receiver right now. Kansas City receiver Juju Smith-Schuster has a concussion and will miss Sunday night’s game against the Los Angeles Chargers. Additionally, receiver Marquez Valdes-Scantling has been limited in practice this week.

Hardman, who is in a contract year, could return for Kansas City’s Dec. 18 game against the Houston Texans. Kansas City announced they were placing Hardman on injured reserve via Twitter:

We have placed WR Mecole Hardman on Reserve/Injured. pic.twitter.com/OPzso2scX6 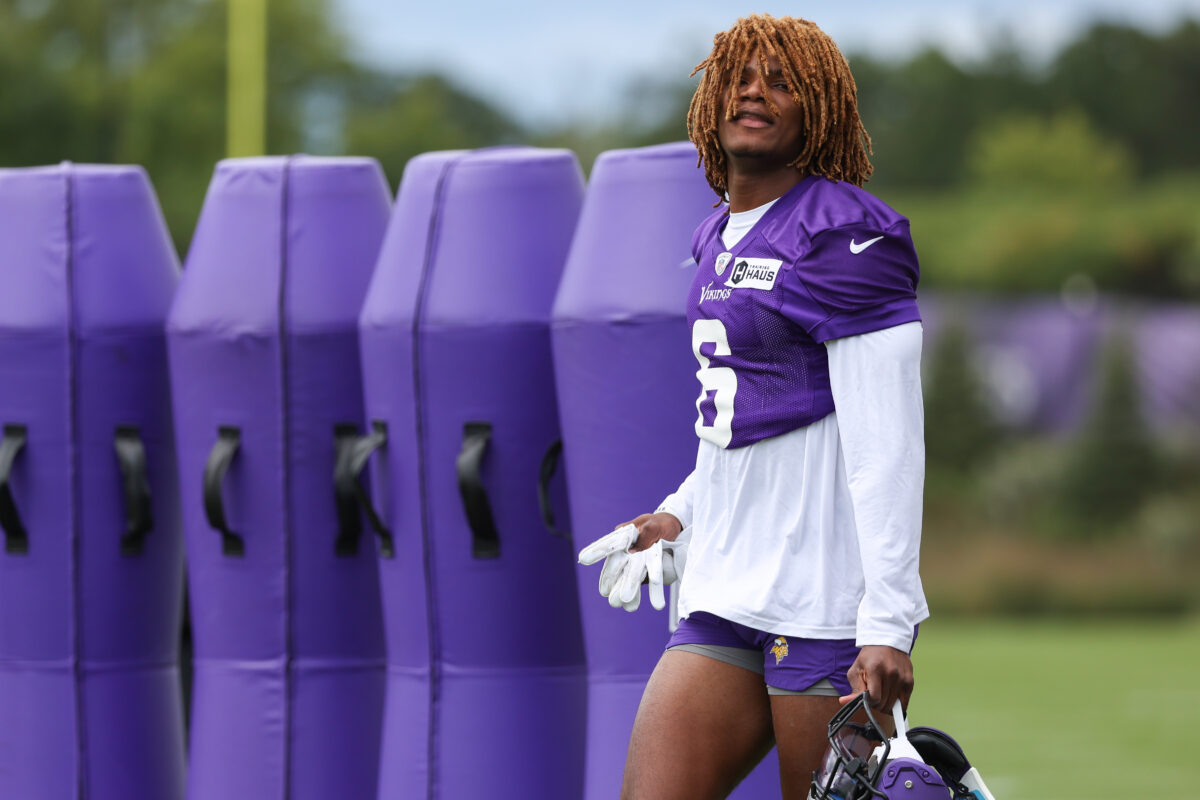 Former Tennessee Volunteers safety Theo Jackson made a bet with Minnesota Vikings teammate Lewis Cine for the Georgia-Tennessee game. Both Jackson and Cine are a part of Minnesota’s defensive back room.

Unfortunately for Jackson, he bet that his Tennessee Volunteers would beat the Georgia Bulldogs. However, Georgia won 27-13 over Tennessee.

Tennessee’s defeat meant that Theo Jackson lost the bet and had to wear Georgia Bulldogs gear. It is good to see Lewis Cine in good spirits after suffering a season-ending leg injury a few months ago.

Another one bites the Dust 😂🐶 pic.twitter.com/tlT2y6bnT0 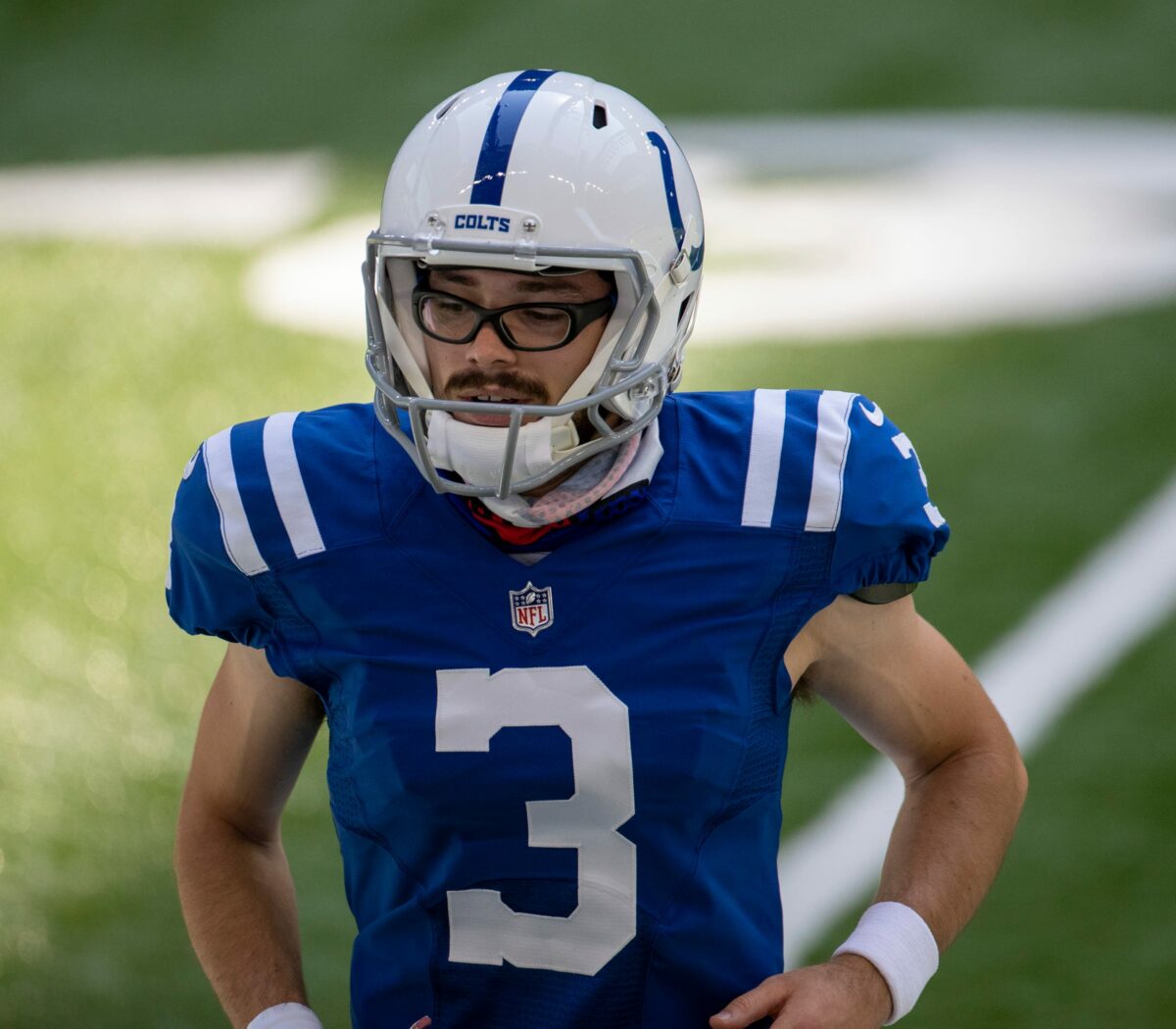 Former Georgia Bulldogs star kicker Rodrigo Blankenship has signed with the Arizona Cardinals’ practice squad. Arizona’s starting kicker, Matt Prater, has a hip injury and may not be able to play on Thursday against the New Orleans Saints.

The Cardinals waived kicker Matt Amendola, who missed an extra point in Arizona’s loss to Seattle on Sunday. There’s a good chance the Cardinals will utilize Blankenship on Thursday against the Saints.

Earlier this year, the Indianapolis Colts waived Blankenship after he missed a 42-yard game-winning field goal attempt for the Colts during overtime in Week 1.

Blankenship won Indianapolis’ kicker competition last season. The former Georgia standout has converted on 45 of 54 kicks during his NFL career.  Blankenship has made 52 out of 55 extra points.

Blankenship, who missed much of last season with a hip injury, has made one field goal over 50 yards in his NFL career.

Blankenship hopes to impress the coaches in Arizona to get another NFL opportunity.

The Washington Commanders have signed former Georgia Bulldogs quarterback Jake Fromm. Where is he on Washington’s depth chart? 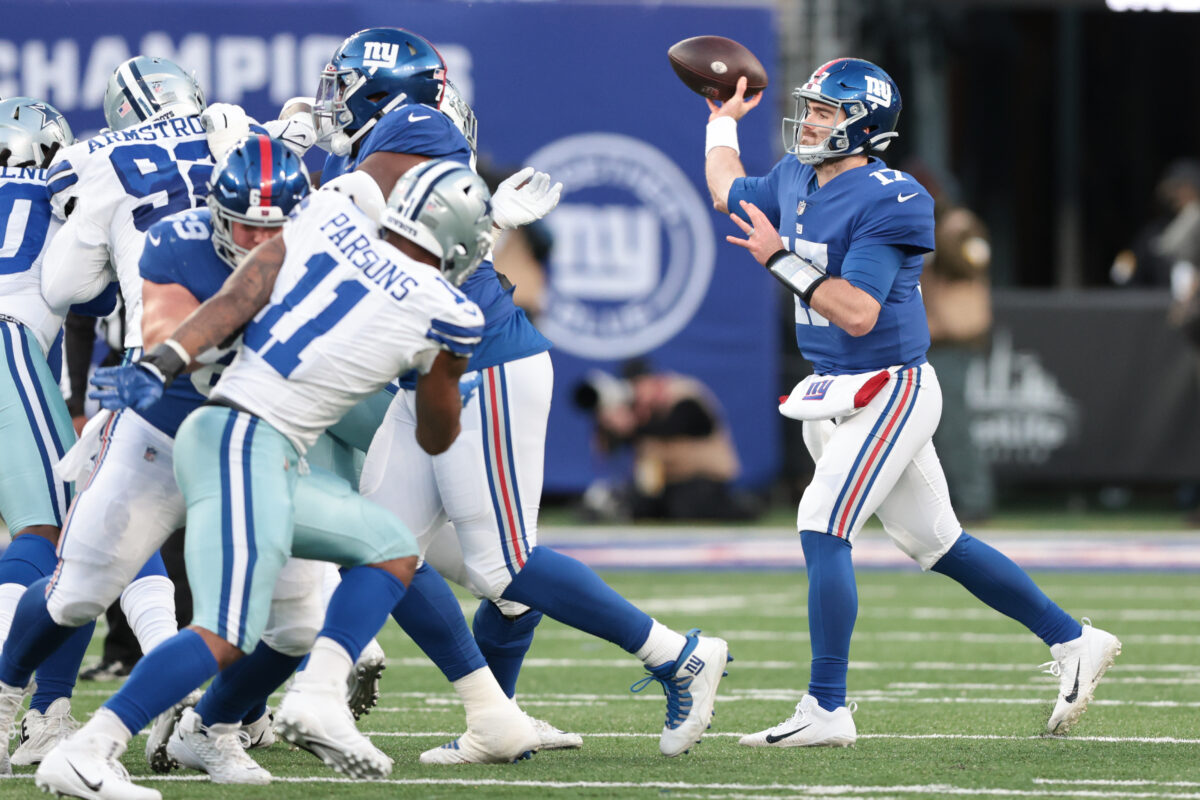 Washington signed Fromm to its practice squad. Fromm will have a chance to impress coaches there and is an option as a backup quarterback if the Commanders sustain more injuries at the position.

Fromm threw for 210 yards, one touchdown and three interceptions in three games for the New York Giants during the 2021 NFL season.

Fromm has been working out and taking classes at the University of Georgia. He plans to graduate in December 2022. However, this may disrupt his plans.

Washington will be signing QB Jake Fromm to the practice squad, per source. 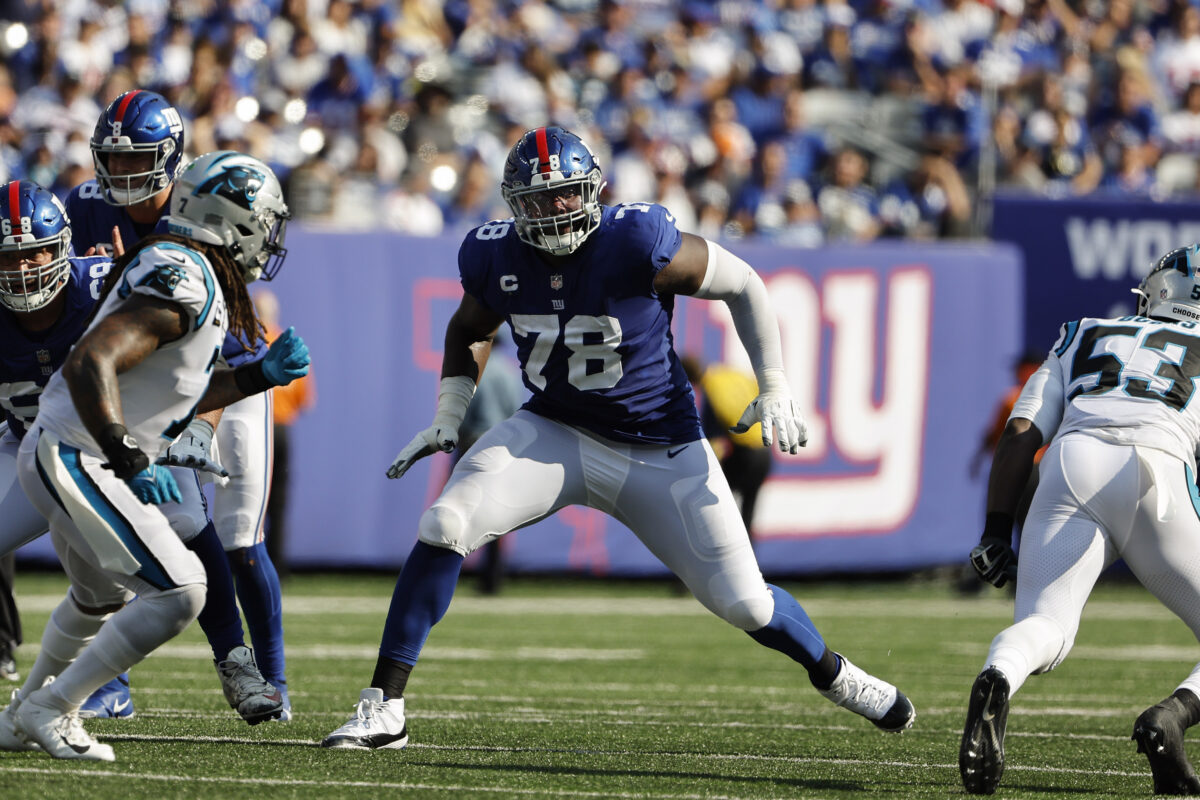 The New York Giants selected Thomas with the fourth pick of the 2020 NFL draft. Thomas, like most rookies in the NFL, had some growing pains in his first year with the Giants. Thomas started 15 games as a rookie and improved significantly throughout his rookie campaign.

According to PFF, Thomas has a grade of 92.1. Thomas’ grade is the highest in the NFL through Week 4. The former Georgia standout has anchored the left side of New York’s offensive line. The Giants are off to a 3-1 start and have improved significantly this year under first-year head coach Brian Daboll.

The Giants face the Green Bay Packers in Week 5 in a London game.

Some folks questioned selected Andrew Thomas with the No. 4 pick of the 2020 NFL draft, however, Thomas is proving the doubters wrong with his consistent performances. 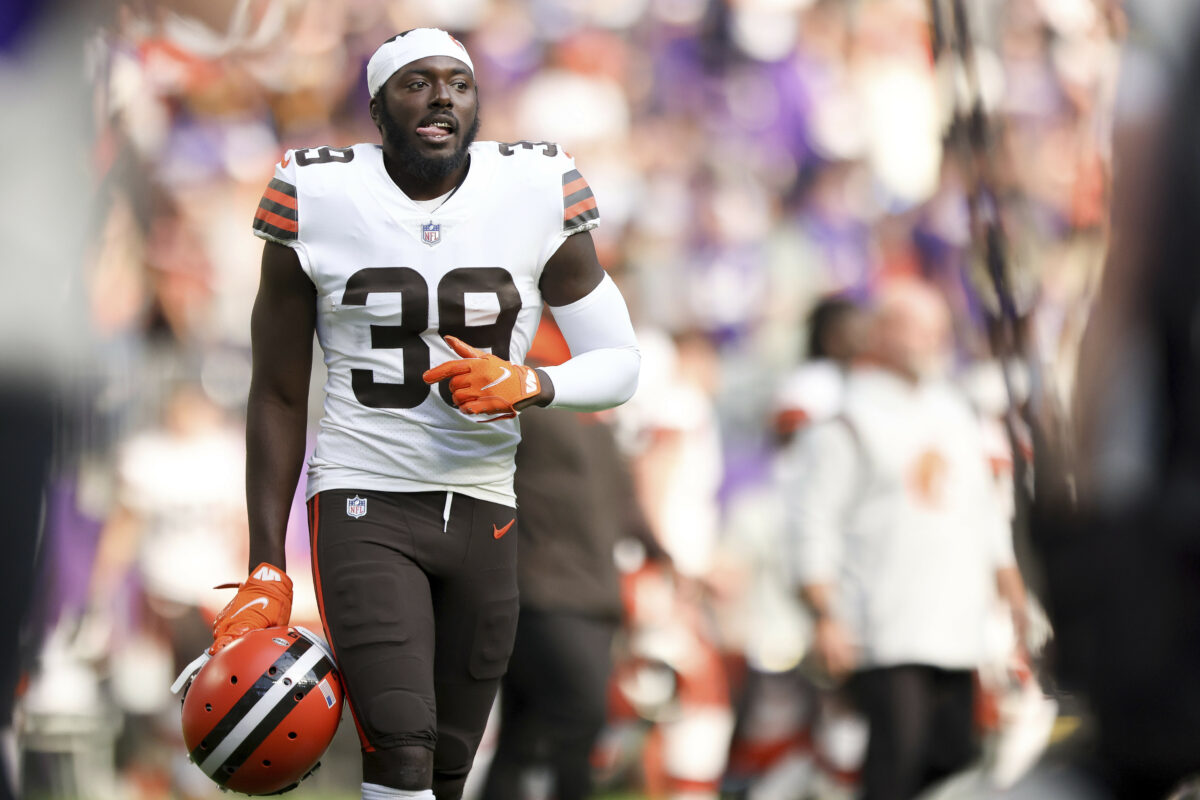 LeCounte appeared in nine games for the Browns in 2021 and recorded three total tackles. The former University of Georgia standout was a playmaker in college. LeCounte finished his UGA career with 176 total tackles, eight interceptions, and four forced fumbles.

There’s a chance that Cleveland signs LeCounte to its practice squad after waiving the former Georgia Bulldog. The Browns waived LeCounte in order to make room for guard Drew Forbes, who was previously with the Detroit Lions.

Richard LeCounte has played in one game during the 2022 NFL season. LeCounte played special teams snaps against the Atlanta Falcons in the Browns’ loss to Atlanta. 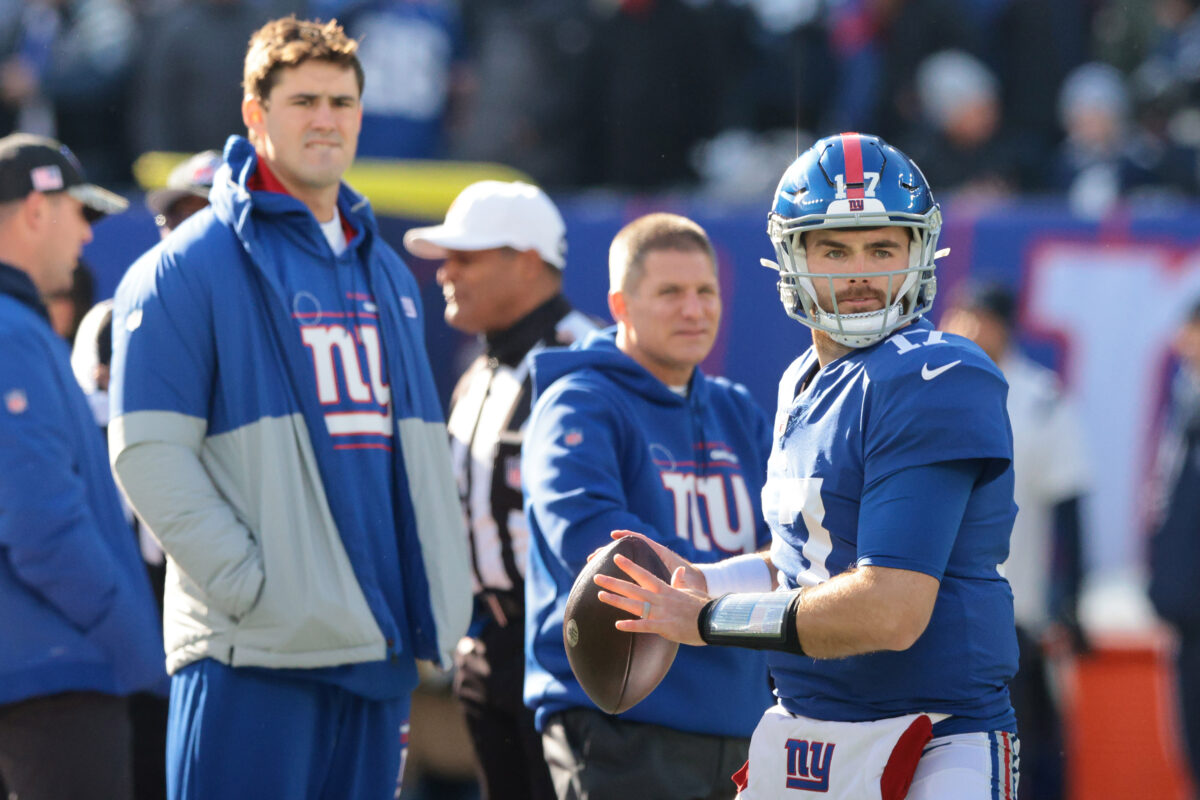 The Miami Dolphins have worked out former Georgia Bulldogs quarterback Jake Fromm. Miami starting quarterback Tua Tagovailoa is out for the Dolphins’ Week 5 game at the New York Jets with a concussion.

Miami elected to sign quarterback Reid Sinnett to its practice squad after working out a trio of quarterbacks. Sinnett is Miami’s third-string quarterback behind Teddy Bridgewater and Skylar Thompson.

Fromm threw for 210 yards, one touchdown, and three interceptions in three games for the New York Giants during the 2021 NFL season. Fromm remains unsigned.

Fromm has been working out and taking classes at the University of Georgia recently. He plans to graduate in December 2022.

With Tua Tagovailoa sidelined indefinitely, the #Dolphins worked out QBs Ben DiNucci, Jake Fromm and Reid Sinnett, per the wire. They signed Sinnett to the practice squad.

With Daniel Jones (ankle) and Tyrod Taylor (concussion) both injured, Giants are working out QBs today, including Jake Fromm, who spent time with the team last season. 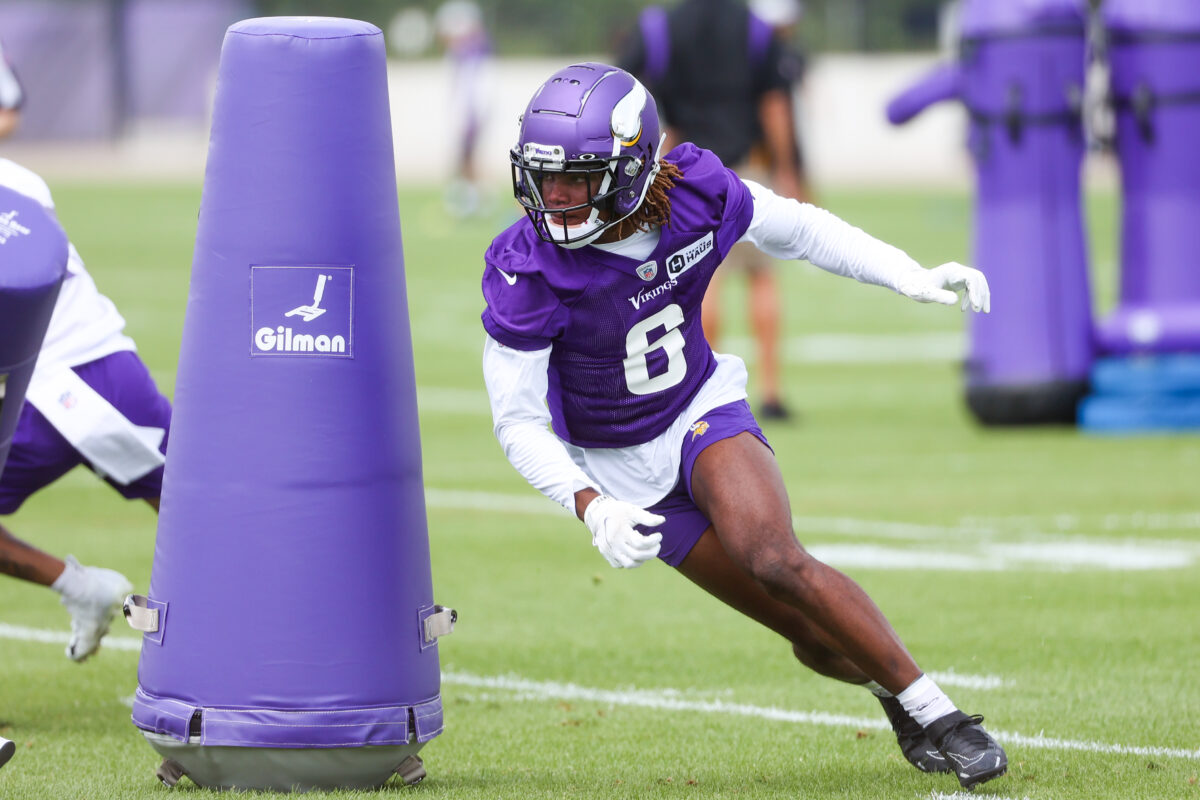 Minnesota Vikings safety Lewis Cine suffered a serious leg injury against the New Orleans Saints in Week 4. Cine and the Vikings were playing against the Saints in London, England.

Cine, a rookie from the University of Georgia, was primarily playing special teams for the Vikings to begin the 2022 NFL season. Minnesota selected Cine with a first-round pick in the 2022 NFL draft.

We will not share a video of Cine’s injury due to the graphic nature of the injury. Cine is expected to be out for the remainder of the season.

Several members of the Vikings’ organization are staying with Cine in London as he undergoes surgery on a fractured leg.

Very tough moment for our team and obviously for a guy who, since Day 1, has been a personal favorite of mine. And done everything we’d asked, and was continuing to progress in his rookie year, really having a dynamic role for us on [special] teams.

We hope that Cine can make a full recovery and return to football. The Minnesota Vikings defeated the New Orleans Saints, 28-25.

#Vikings first-round pick S Lewis Cine had a successful preparatory procedure Sunday in advance of surgery Tuesday for the gruesome leg injury he suffered vs. the #Saints, per sources. He’ll remain in London to start his recovery, along with a member of Minnesota’s medical staff. pic.twitter.com/pHv5xISVKY