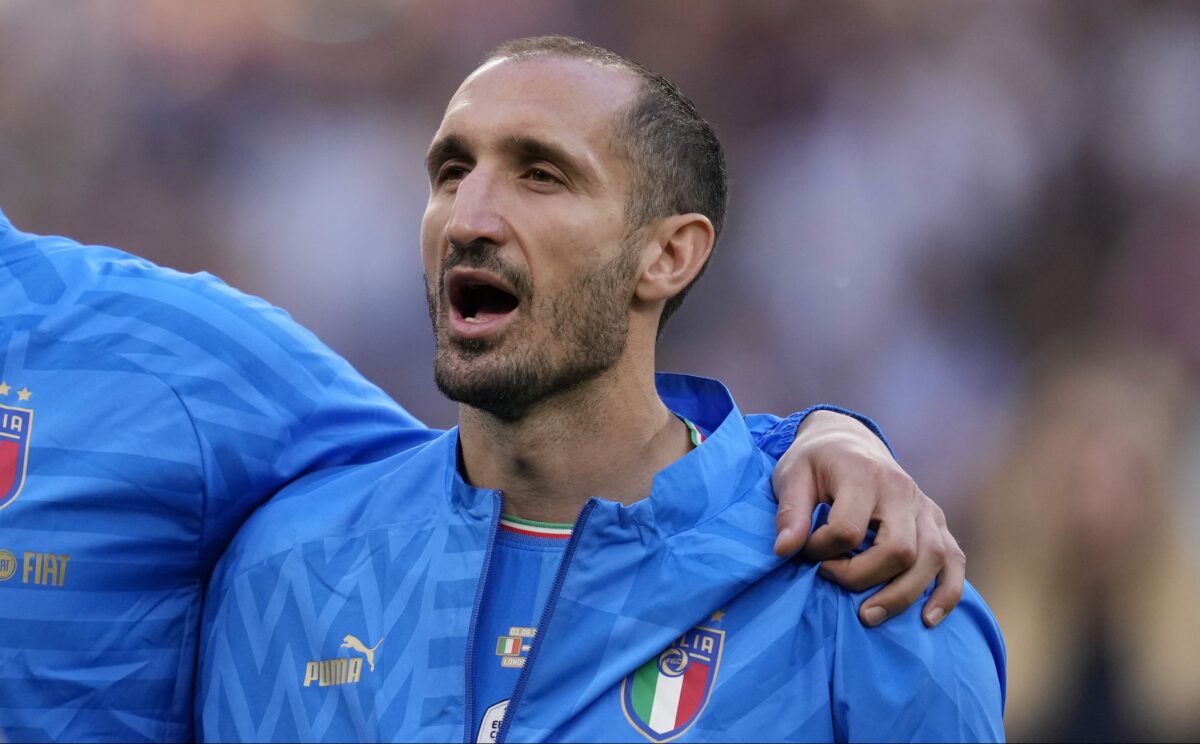 The 37-year-old defender joins after spending nearly 20 years with Juventus, where he won nine Serie A titles and reached third on the club’s all-time appearance list.

Chiellini will reportedly sign an 18-month contract that will take him through the end of the 2023 season. He was signed with target allocation money and will not be a designated player for LAFC.

The defender played his final match for Italy in this month’s “Finalissima” against Argentina, as his international career concluded after 117 caps. Chiellini was a bedrock of Italy’s defense for over a decade and lifted the Euro 2020 title last summer. 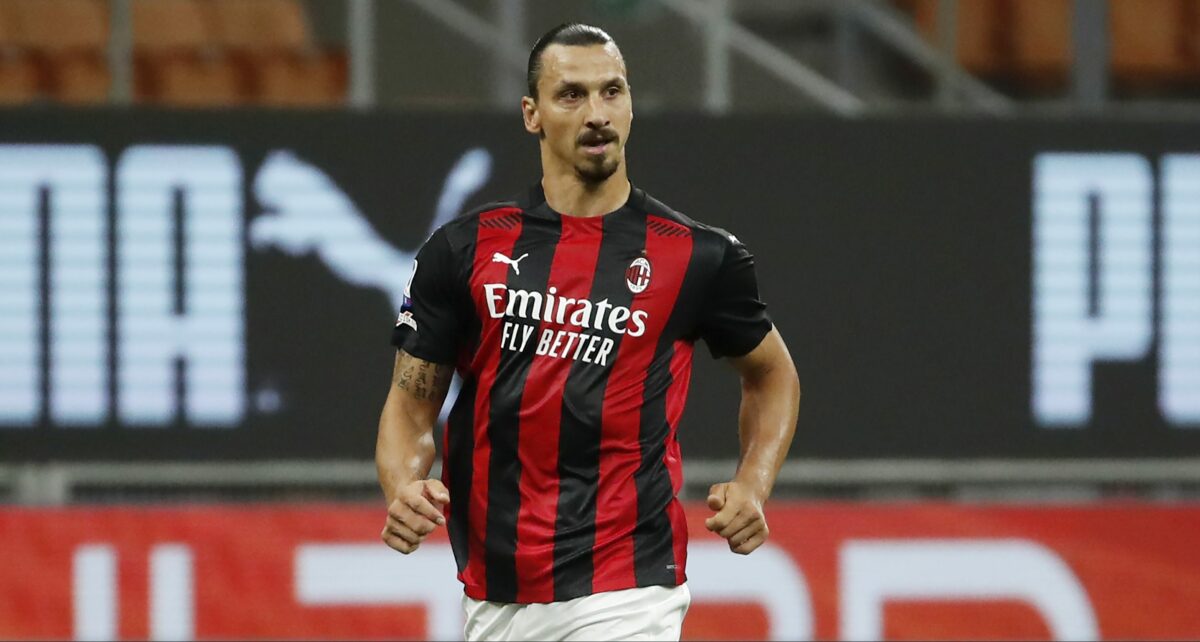 Could this be the end of Zlatan Ibrahimovic’s legendary career?

AC Milan has announced that the 40-year-old striker has undergone a knee operation and will miss 7-8 months, potentially spelling the end of the Swede’s long and decorated journey in the game.

“AC Milan announces that Zlatan Ibrahimović underwent an operation on his left knee carried out by Dr Bertrand Sonnery-Cottet, with the Club’s Medical Director Stefano Mazzoni in attendance, at the Hôpital Jean Mermoz in Lyon,” read a club statement.

“The arthroscopy had been planned for a while to definitively resolve the joint’s instability through the reconstruction of the anterior cruciate ligament, with lateral reinforcement and meniscus reparation.

“The operation was a complete success and the prognosis is estimated between 7 and 8 months.”

Ibrahimovic suffered a torn ACL while with Manchester United in 2017, with Wednesday’s surgery seeming to be in relation to that injury.

What’s next for Ibrahimovic?

Ibrahimovic has only just added yet another trophy to his massive collection, helping AC Milan win Serie A this season while scoring eight league goals.

Even before the announcement of his knee surgery, Ibrahimovic’s future was in doubt as his contract gets set to expire next month.

Speaking to Sky Sport Italia after Milan’s title win, the striker said of his future: “When I feel good, then I’ll see what the situation is. I still feel that I can make the difference when I’m on the pitch. I don’t see another Ibra out there.

“I will make a decision over the next few days. I had a really tough time lately, it was bad both physically, but also for other personal matters. At the end of the day, I did everything I could to help Milan win this trophy.

“I was afraid that I might have to quit, but I want to do it my way.”

Over an incredible 23-year career, Ibrahimovic has won league titles in the Netherlands, Italy, Spain and France, while also winning multiple trophies with Manchester United. The striker also fired in 53 goals in just two seasons in MLS with the LA Galaxy in 2018 and 2019. 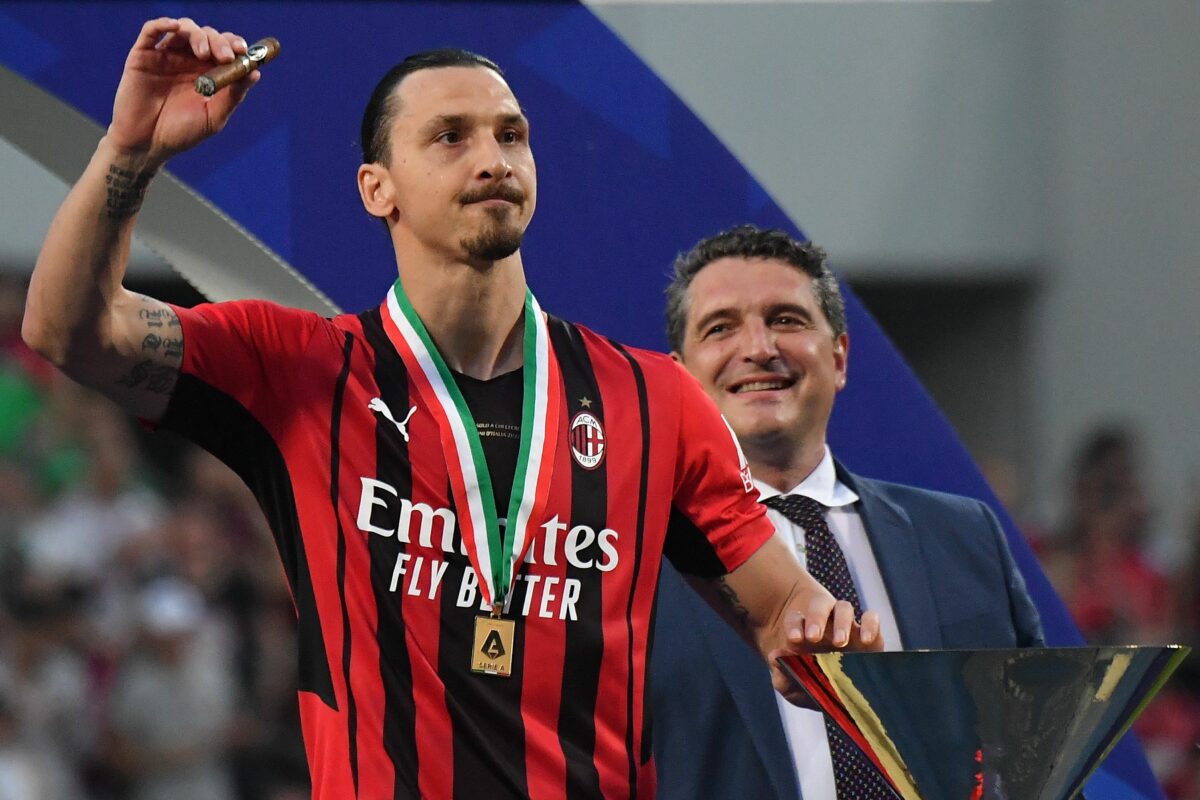 Milan clinched the title on Sunday by defeating Sassuolo 3-0 on Sunday, the club’s first Scudetto since the 2010-11 season.

At age 40, Ibrahimovic was still a major part of his side’s success this season, contributing eight league goals in addition to his usual larger-than-life dressing room persona.

Amid the celebrations, the Swede spoke to Sky Sport Italia and said: “It’s wonderful, I was here last time Milan won and 11 years later we win it and I’m here again.

“I arrived here making a promise and I kept it. Many laughed when I said that we’d win the Scudetto again, but we worked hard and showed the team what it means to suffer for your results.”

Ibrahimovic also took a moment to dedicate Milan’s title to Mino Raiola, his longtime agent who passed away last month at the age of 54.

The striker was coy on his playing future past the current season, but when asked what Raiola’s advice would be he quipped: “Let’s play another 10 years and steal more money!”

Milan’s celebrations continued into the dressing room, where Ibrahimovic gave an impassioned speech to his teammates that included a dramatic and well-timed table flip.