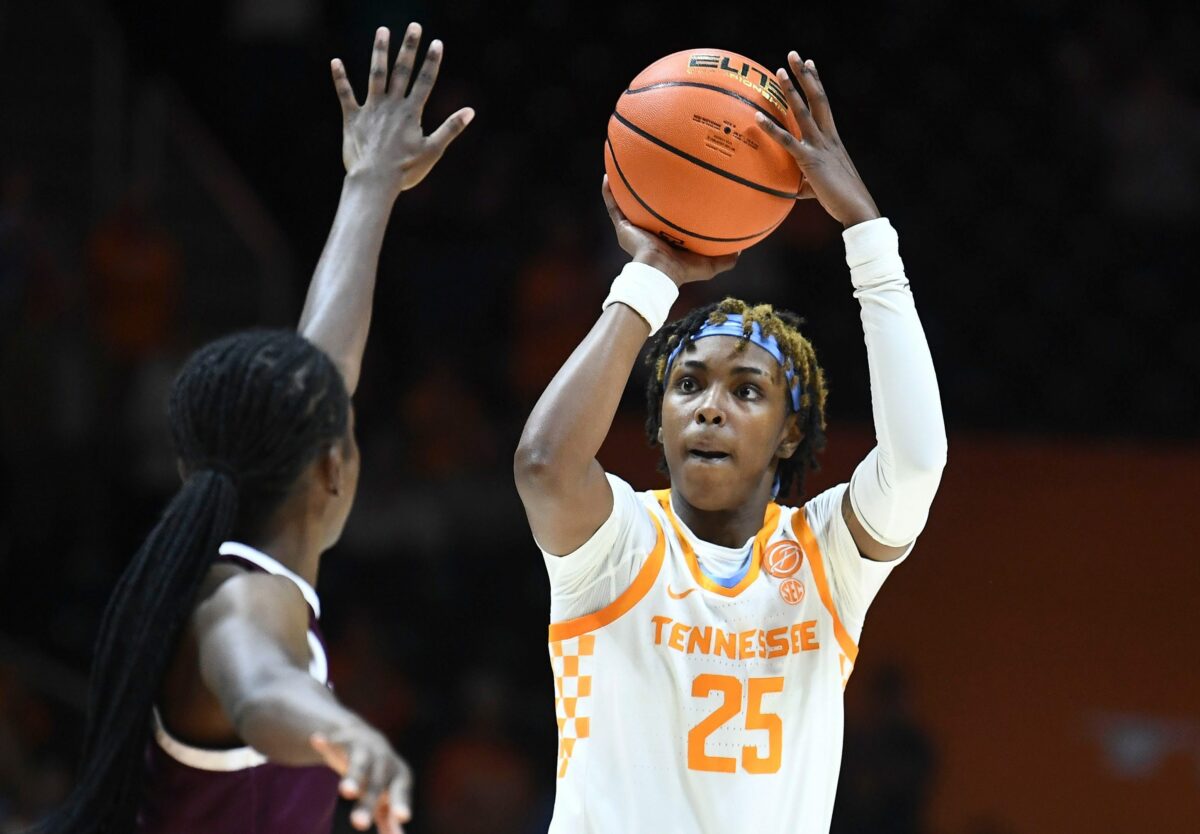 Tennessee scored a season-best 70 points in the paint against Eastern Kentucky.

Crimson Tide stuns No. 1 Tar Heels in an instant classic 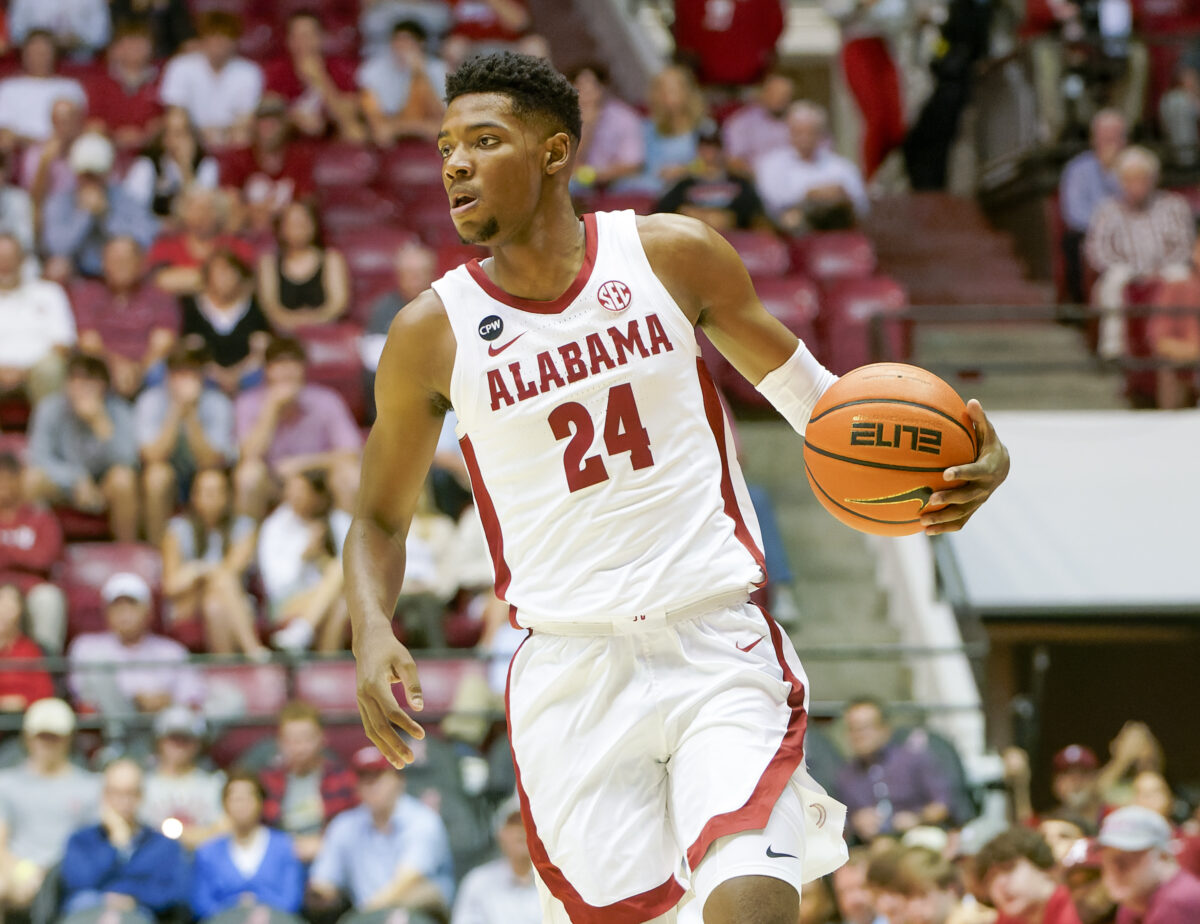 It may only be November, but that fact doesn’t take away from the Alabama Crimson Tide knocking off No. 1 North Carolina Tar Heels in quadruple overtime. The victory over UNC is Alabama’s first win against a top-ranked team in the country since 2004.

The game was back and forth the entire way with little-to-no separation between the two sides. Alabama’s Brandon Miller picked up his fourth foul early into the second half, but he played smart and was able to stay on the floor the rest of the game, which was massive for Nate Oats and the team. Miller struggled shooting all night as he was 4-21 from the field, but his presence was felt in a lot of other ways.

The decisive moment in the game came with nine seconds to go in the fourth overtime when Charles Bediako was called for goaltending which was eventually overturned to a block that give the Tide possession up by one. Jaden Bradley knocked down a free throw to put Alabama up 103-101 before UNC had to launch one final three that was nowhere near good.

The 2022 national title runner-ups were led by Caleb Love who had 34 points and nine rebounds. UNC lost to Iowa State earlier in the week and will have some regrouping to do, but this will be a dangerous side come tournament time.

This is a massive resume builder for the Crimson Tide! 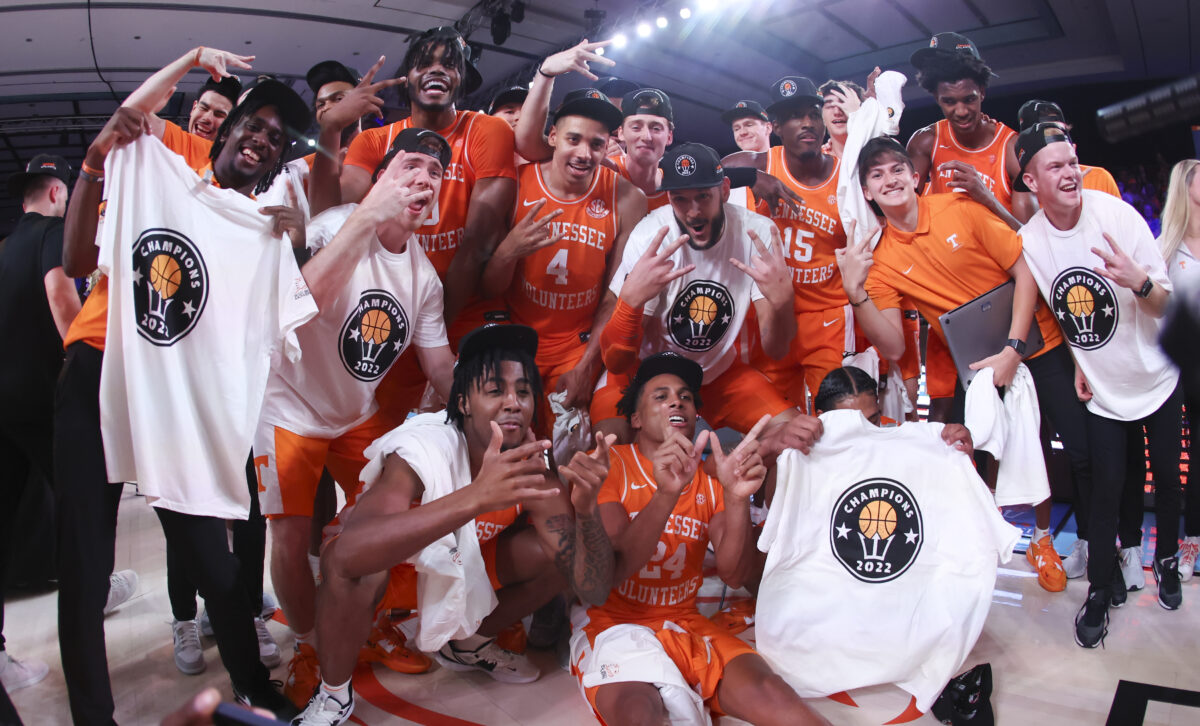 The Vols never trailed in the game.

Zakai Zeigler totaled 14 points, while Tyreke Key finished with 10 for the Vols.

PHOTOS: A look at Tennessee’s victory versus Butler in Battle 4 Atlantis

Below are photos of Tennessee’s win versus Kansas in the Bad Boy Mowers Battle 4 Atlantis championship game. 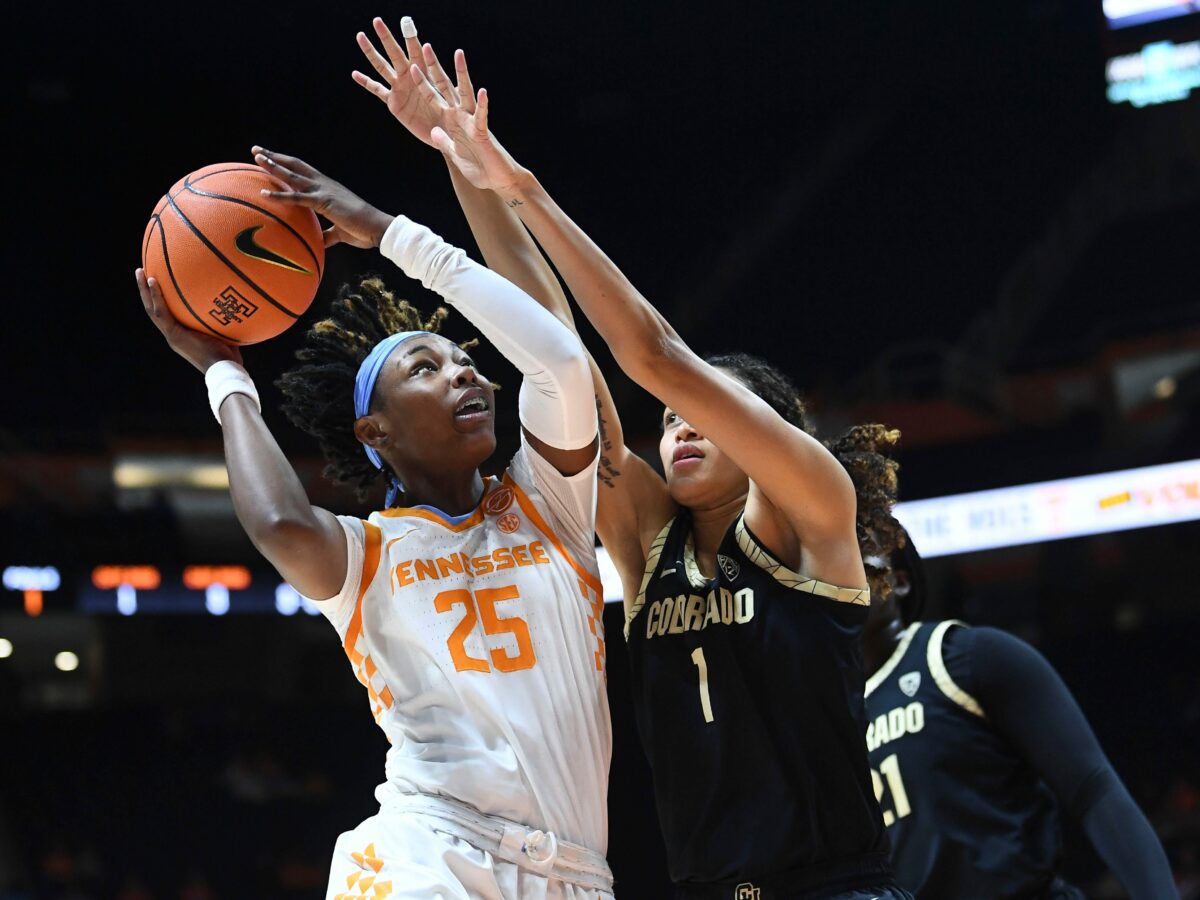 Horston and Jackson led Tennessee in scoring for the fourth straight game, marking the first contest of the season in which the Lady Vols had two players with 20 or more points.

Tennessee out-rebounded the Buffaloes, 38-33. The Lady Vols have now out-rebounded its opponent four times during the 2022-23 season, and in three of the last four contests.

Below are photos of Tennessee’s win versus Colorado. 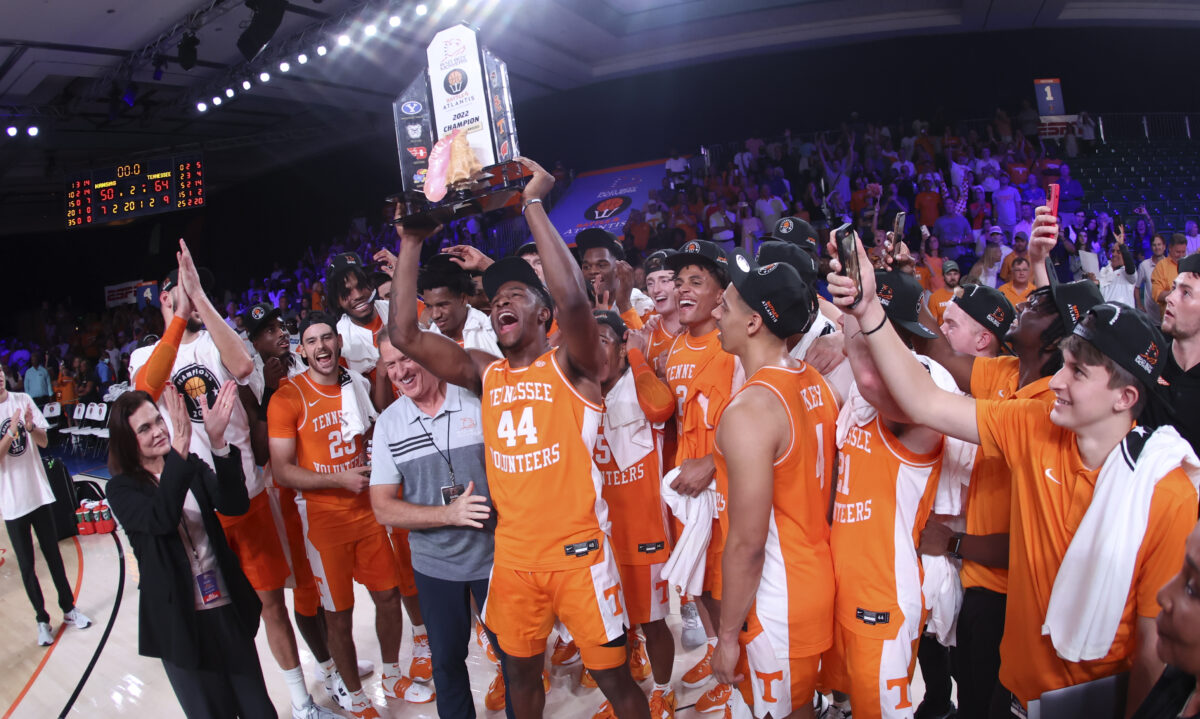 The Vols never trailed in the game.

Zakai Zeigler totaled 14 points, while Tyreke Key finished with 10 for the Vols.

Tennessee committed 22 turnovers in the contest, including 17 in the first half.

Tennessee led by 18 points in the second half.

Jalen Wilson and Joseph Yesufu each scored 14 points for the Jayhawks.

PHOTOS: A look at Tennessee’s victory versus Butler in the Battle 4 Atlantis 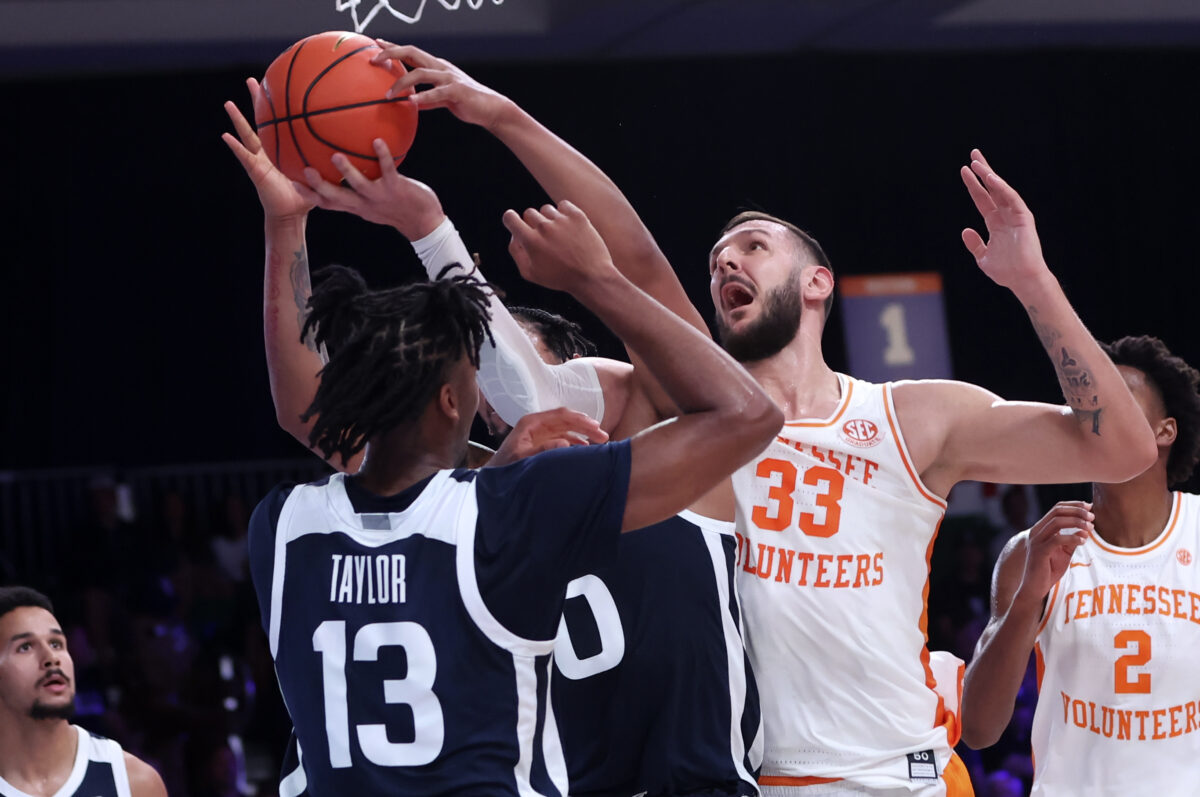 Olivier Nkamhuoa and Tyreke Key recorded nine points each for the Vols.

Below are photos of the Vols’ victory Wednesday versus Butler in the Bad Boy Mowers Battle 4 Atlantis at Imperial Arena in Paradise Island, Bahamas. 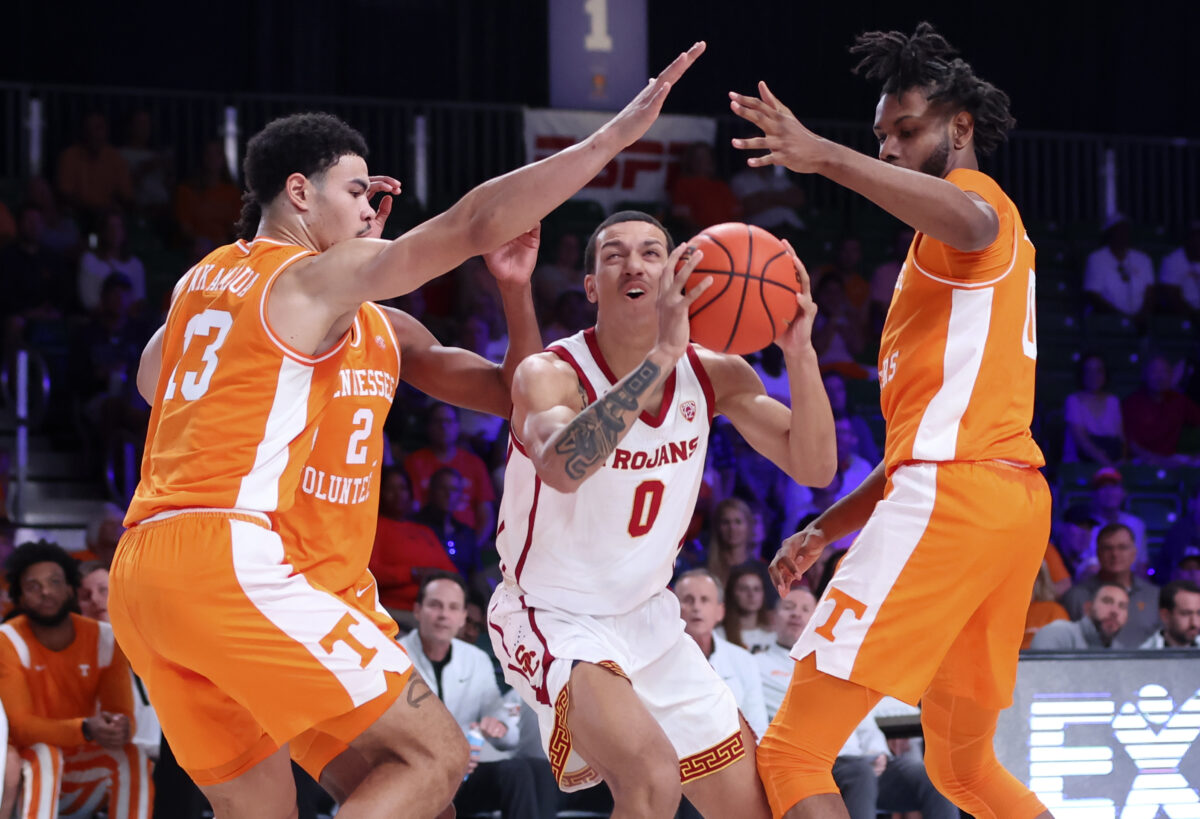 The contest was in the Battle 4 Atlantis semifinals at Imperial Arena at Paradise Island, Bahamas.

Freshman Julian Phillips scored a game-high 25 points for the Vols.

Tennessee advances to the tournament championship game Friday. The Vols will play No. 3 Kansas at 7:30 p.m. EST (ESPN). The Jayhawks defeated Wisconsin in overtime in Thursday’s other semifinal. 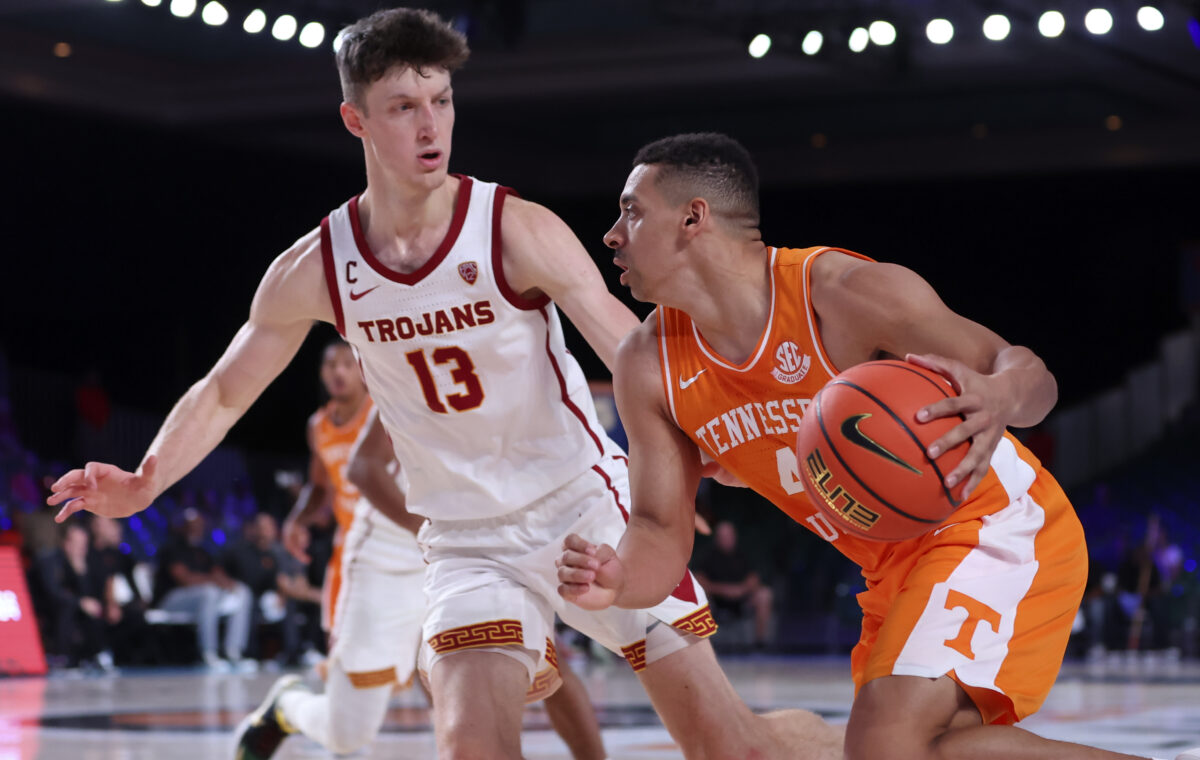 The contest took place in the semifinals of the Battle 4 Atlantis at Imperial Arena in Paradise Island, Bahamas.

Tennessee will play No. 3 Kansas (6-0) at 7:30 p.m. EST Friday. ESPN will televise the championship game between the Vols and Jayhawks.

Below are photos of Tennessee’s win versus USC Thursday in the Battle 4 Atlantis semifinals. 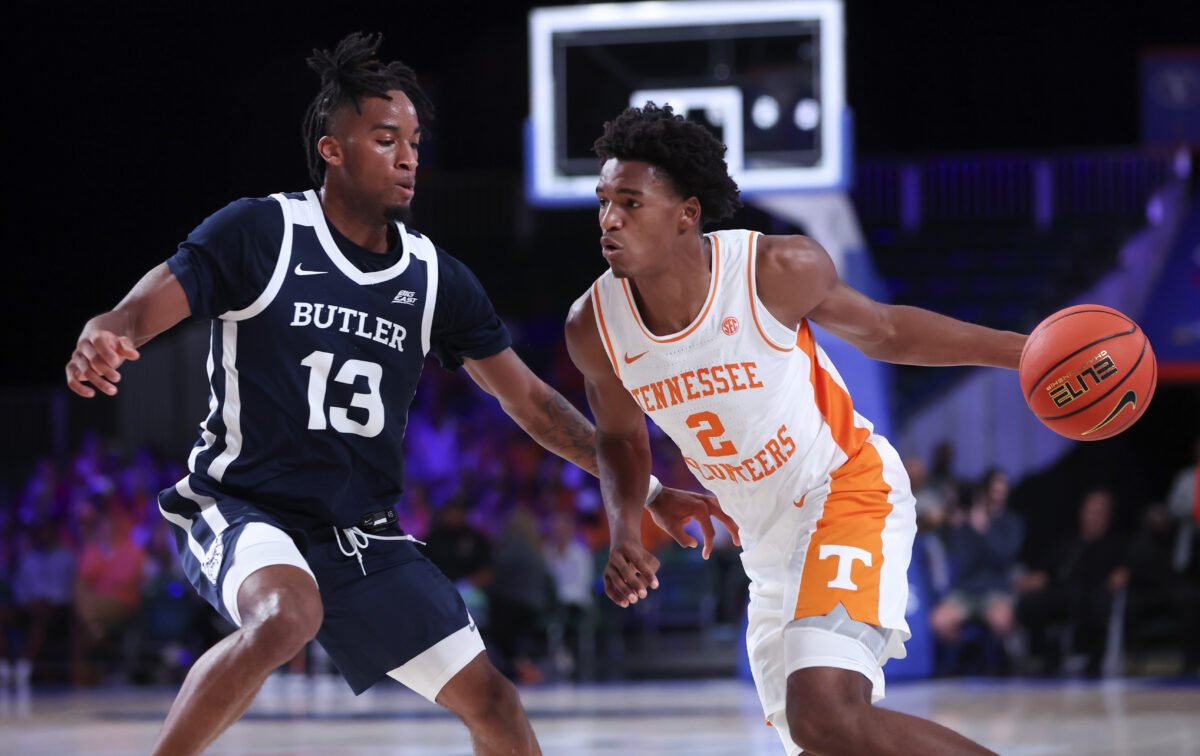 Tennessee will play USC Thursday in the tournament semifinals. Tipoff between the Vols and Trojans is slated for 1:30 p.m. EST. ESPN2 will televise the matchup.

Yikes: High school hooper learns not to hang on the rim the hard way after falling on his neck. 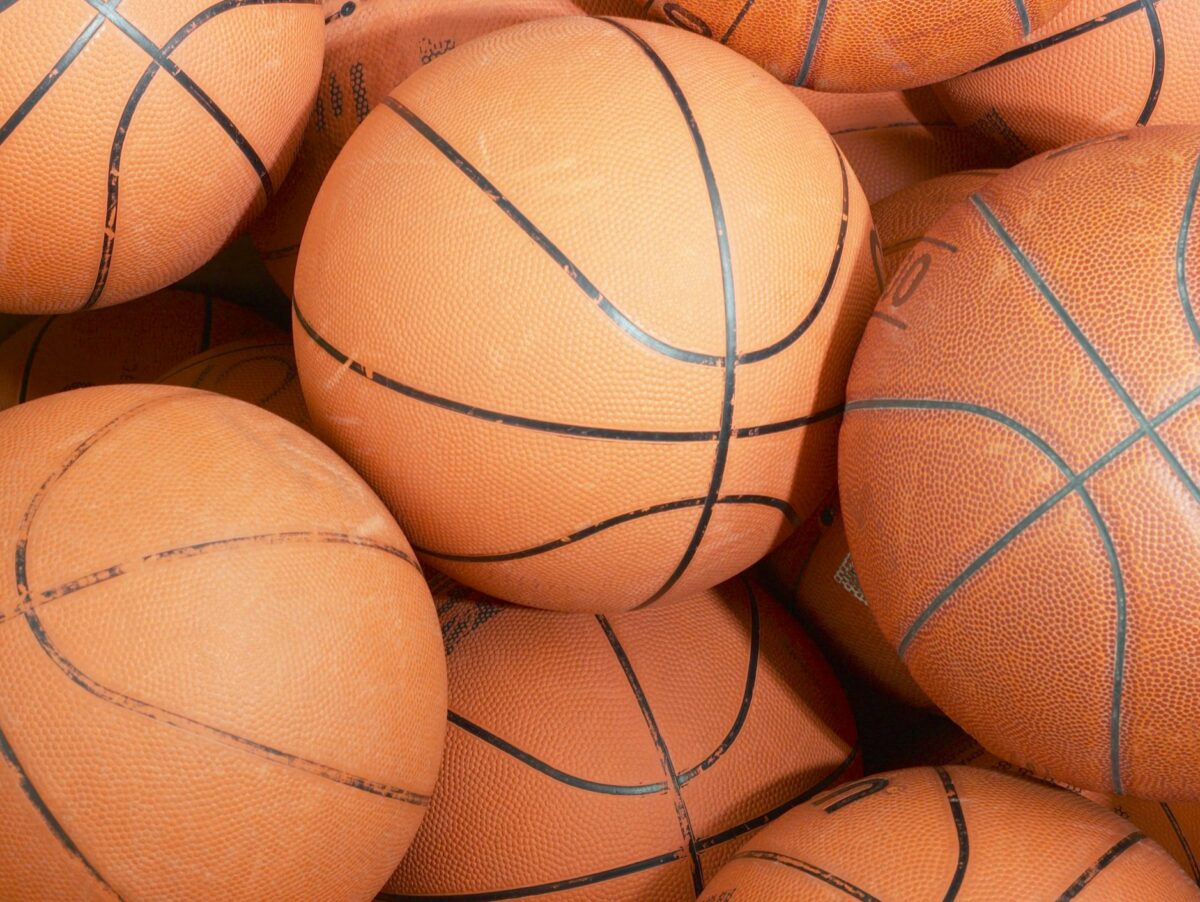 Everyone loves a good slam dunk, but at this level sometimes it’s difficult to know what you can and can’t do as an athlete.

This high school hooper learned the hard way not to hang on the rim. Watch.