A golfer’s education is incomplete without seeing Royal Melbourne and the courses of Australia’s Sandbelt. Many American golfers, softened by the primping of their home courses, love visiting classic British links for their rugged naturalism and the … 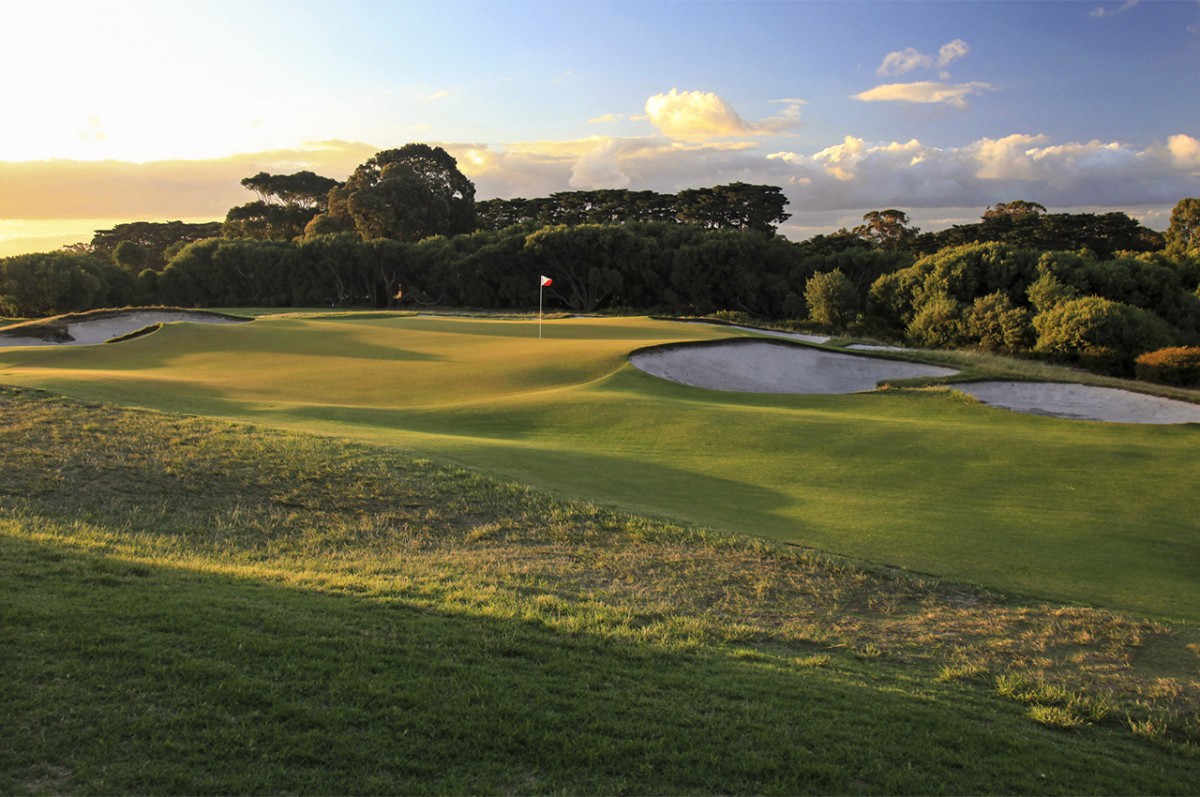 A golfer’s education is incomplete without seeing Royal Melbourne and the courses of Australia’s Sandbelt.

Many American golfers, softened by the primping of their home courses, love visiting classic British links for their rugged naturalism and the ability to play a variety of shots along firm, fast-running turf that is exposed to the elements. British golfers, by contrast, sometimes tire of the vagaries of links golf and relish the high standard of greenkeeping present at many American courses, where the grass does indeed seem greener and the sun often shines brighter.

What’s special about the courses of the Australian Sandbelt is that nearly every course in this concentrated area of the Melbourne, Victoria suburbs, whether humble or celebrated throughout the world, manages to achieve the best aspects of both British and American golf without the downsides of either, combining beautifully presented inland courses that look and play as though they would be at home on a rough-hewn, fast-running British links.

Achieving this rare trick requires a combination of sandy soil on rolling terrain, the kind of land that provides excellent drainage and promotes the quality grasses that make courses bouncy while retaining a parkland feel.

This chemistry produces a style of golf that led Victoria native Peter Thomson to feel at home in winning five Open Championships in the British Isles from 1954 to 1965. He felt unwelcome on squishy American courses that eliminated, in Thomson’s opinion, the essential third dimension of the game: the run of the ball.

The greatest of these Sandbelt courses, Royal Melbourne Golf Club, hosts its third Presidents Cup in December and comprises two 18-hole courses (East and West), combined in various permutations through the years to form a Composite Course over which this year’s competition will be played. Yet Royal Melbourne is far from the only show in town.

If Royal Melbourne is, design-wise, to Australia what Augusta National is to America, sharing Alister MacKenzie as the co-designer of both, then surely Kingston Heath qualifies as that country’s Merion, a compact, beautifully routed championship course that requires shotmaking of the highest standard while being enjoyable for club-level players.

Victoria Golf Club, just across the street from Royal Melbourne, produced Thomson, 1954 British Amateur champion Doug Bachli and 2006 U.S. Open champion Geoff Ogilvy. Even if not for its more-famous neighbor, people should get on an airplane to see Victoria’s distinctive bunkering and beguiling half-par holes.

Yet, just as it is always better to ask a local for tips on finding the best pub around, I asked several Australian friends to share their thoughts on what makes Royal Melbourne and the courses of the Sandbelt so admired and what we might learn from them.

What makes the Sandbelt distinct as one of the world’s great spiritual homes for the game?

Will Kay, a former member of Royal Melbourne: “With all of the best architects having their work on display in a 20-mile radius, it improves everyone’s standards accordingly. The unreasonable density of world-class courses is not seen anywhere else, and people in Melbourne don’t know how good they have it.”

Lynne Claney Brown, 15-time women’s club champion at Kingston Heath: “A high standard of conditioning and year-round golf probably makes Melbourne an ideal location for high-quality golf. A temperate climate – not too wet in winter, no snow, moderate rain, warm and dry summers – is ideal for consistent golfing conditions year round. Mix in with that, majestic native trees and plants and constant birdsong make for pleasant environs for golf.”

Mike Clayton, touring professional and course architect at Clayton DeVries Pont: “The strategies are quite simple on most Sandbelt courses. There is always an easier shot from one half of the fairway – and it’s a side almost always guarded by a fairway bunker or some rough grass. It’s also the home of some of the greatest short holes – between 130 and 170 yards – in the world.”

How would other courses around the world, regardless of climate or geography, benefit from copying ideas found at Royal Melbourne?

Neil Crafter, golf course architect, Crafter + Mogford Golf Strategies: “Dr. Alister MacKenzie and Alex Russell designed holes where width and latitude were given off the tee. But if the golfer was happy to finish anywhere on the fairway, he could face a very daunting and difficult approach over bunkers to a sloping green, if not positioned correctly.”

Will Kay: “There is a lack of length from the members tees which makes it more appealing to the masses. A short course can be even more interesting and challenging than a long course, and this is often forgotten in today’s efforts at design. This should not be confused with it being known as an easy course, as these tracks in the middle of summer are as difficult as anywhere.”

Mike Clayton: “Mowing lines. There is no rough between fairways and the fairway bunkers, so the ball runs freely into them – and if you are good enough or lucky enough to skirt the edge, the ball is never held up by long grass. There is no attempt to make the rough uniform or to create ‘equity of punishment.’ Members never complain about ‘unfair’ lies in the rough.”

In addition to the well-known Sandbelt courses like Kingston Heath, Victoria and Metropolitan, what courses would you take a visiting friend to play?

Mike Clayton: “Alister MacKenzie never visited Woodlands for a day, but if he had it’d be much better known. Spring Valley was designed by Vern Morcom, son of the greenkeeper who built all the MacKenzie work at Royal Melbourne and Kingston Heath. Long Island was a struggling club with a terrific course until The National took control and secured its short-term (and hopefully long-term) future. With a little remedial work, it could be one of the best courses in the city.”

Will Kay: “Peninsula Kingswood has recently undergone some fantastic changes which line it up incredibly well against Royal Melbourne.”

Neil Crafter: “I would take them to Yarra Yarra, Commonwealth and Woodlands. That next tier of Sandbelt courses are brilliant and will give any visitor a wonderful sense of what golf in Melbourne’s Sandbelt is all about.”