NBA executives share which players under 25 they’d build around in a HoopsHype poll conducted by Michael Scotto. 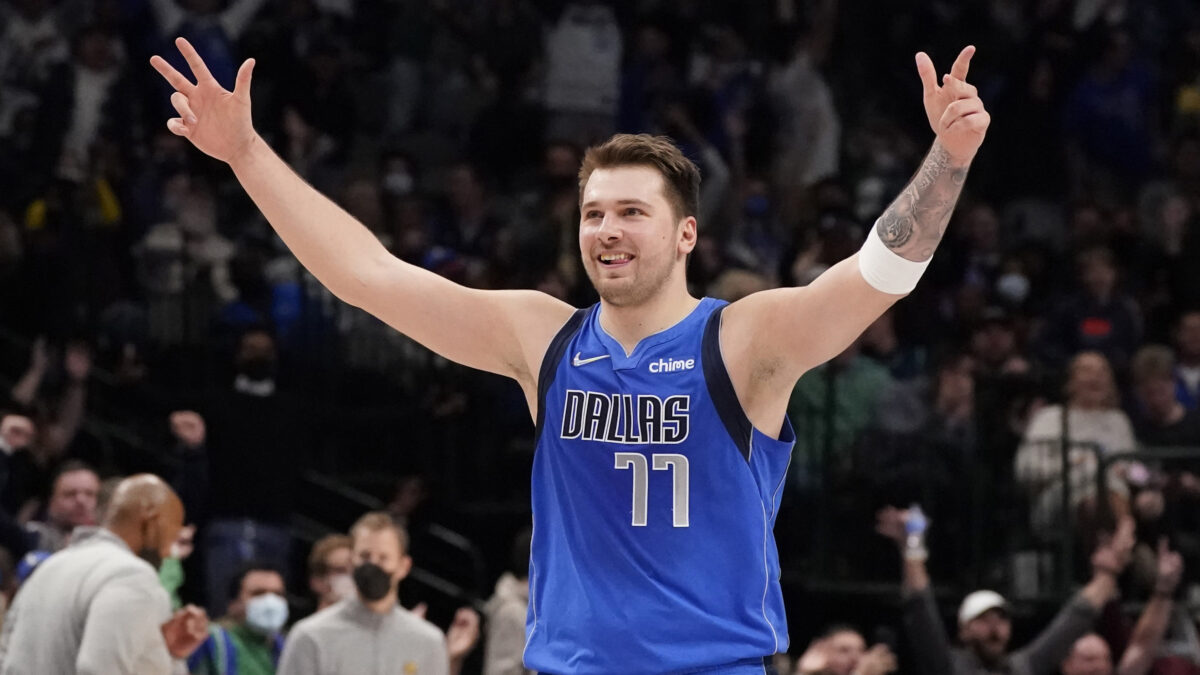 In January of 2022, HoopsHype polled 15 NBA executives and asked them to rank their top five players under 25 years old by the start of the NBA season to build around. We have repeated the exercise ahead of the 2022-23 season.

Dallas Mavericks star Luka Doncic was the unanimous first choice among the NBA executives polled, while Evan Mobley and Anthony Edwards were two of the top risers.

The results of the poll are listed below.

Our latest weekly poll asks #Chiefs fans to weigh in on the player poised to take the biggest second-year leap. 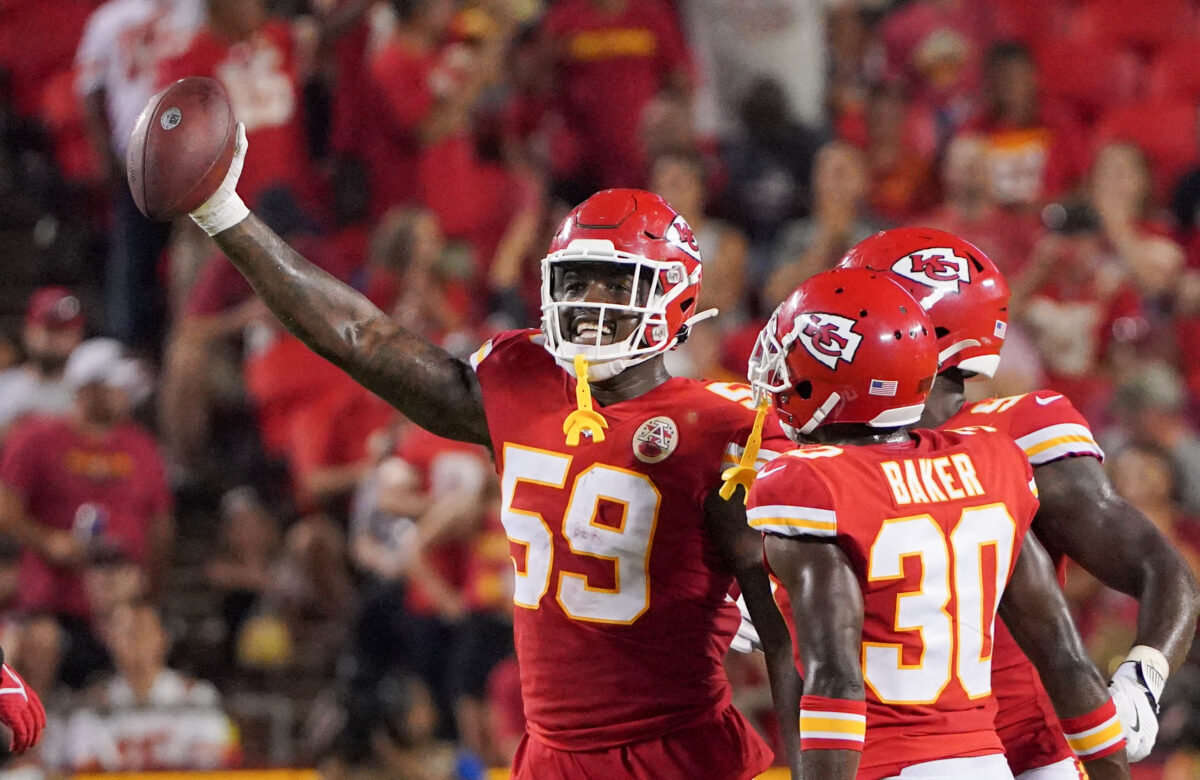 The Kansas City Chiefs received a ton of production from their 2021 NFL draft class last season. Two players solidified themselves as starters on the offensive line (Creed Humphrey and Trey Smith) before training camp even arrived. Another player filled in a started double-digit games in relief at the linebacker position (Nick Bolton).

That trio of players is sure to follow up their rookie campaign with some measure of success, but who will make the biggest second-year leap in 2022? Will it be one of those three players? Will it be another player from that draft class or perhaps even an undrafted free agent signing?

You can make a case for a number of players taking a big step forward in 2022. It feels like the most eyes will be on fourth-round draft pick Joshua Kaindoh, who played just 46 snaps on defense last season before he was placed on injured reserve. He recorded no stats in those snaps, so he’s a virtual unknown at this point. Frankly, any production at all might be considered a big leap for him.

Then, there’s Cornell Powell, who was released from his rookie contract and signed to the practice squad last season. The receiver group is as competitive as can be right now, so he’s really going to need to impress just to make the 53-man roster in Kansas City.

One darkhorse candidate to make the biggest leap in Year 2 is an undrafted free agent signing who didn’t play a snap last year. Malik Herring was sidelined by an ACL injury, but he’s back, healthy and turning heads during the team’s offseason workouts in 2022. There’s certainly room for a player to step up and claim a role in the edge rusher rotation. Could Herring be someone to go from a redshirt year to becoming a key contributor on the defense?

In our weekly poll, we ask our readers to predict the #Chiefs’ most impactful rookie for the 2022 NFL season. 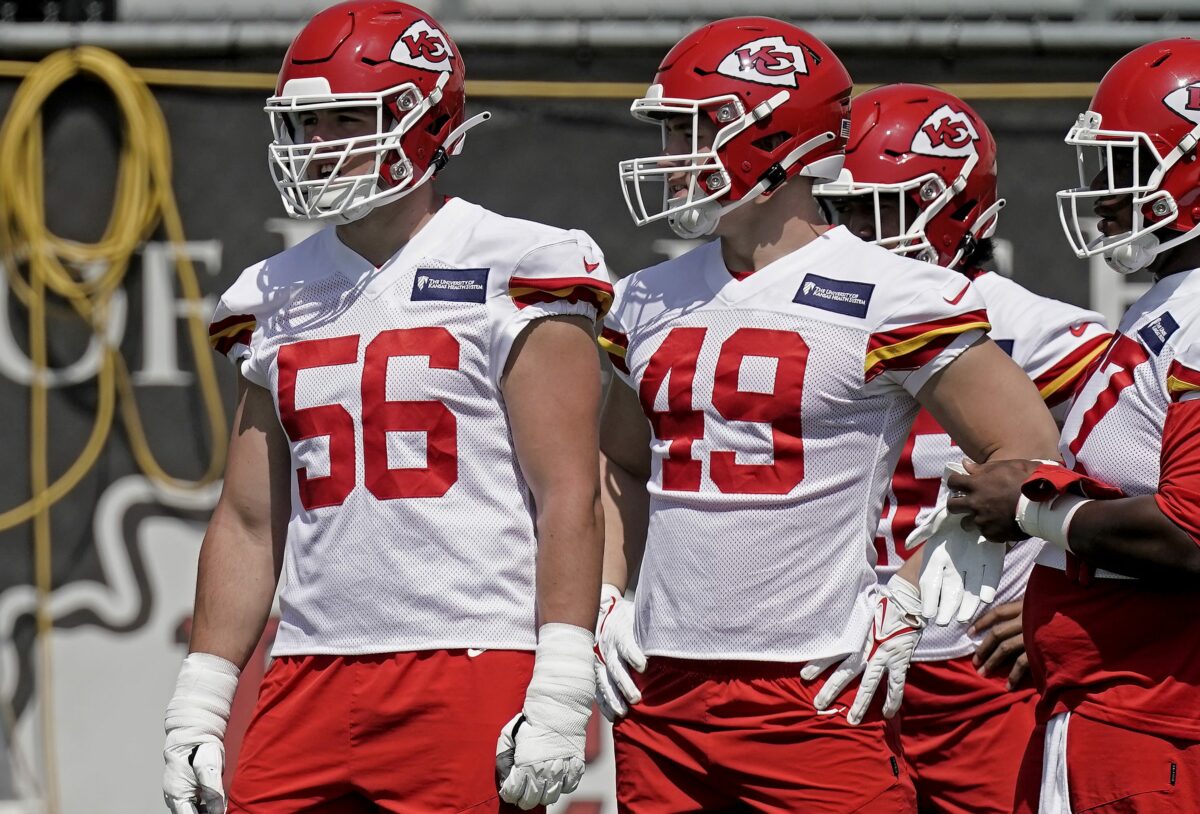 There is plenty of hype surrounding the incoming class of Kansas City Chiefs rookies and for a variety of different reasons.

One of the biggest reasons for excitement is just the sheer number of potential contributors to arise from this rookie class. The 10 players drafted are the most in a single class by the Chiefs since 2008. There’s even some early chatter about undrafted free agent Justyn Ross and his potential to make the team.

Another reason that fans are excited is that they saw some big contributions from the 2021 NFL draft class with Creed Humphrey and Trey Smith securing early starting roles. Nick Bolton earned plenty of playing time and later was recognized as the team’s Mack Lee Hill Award winner. Fans are used to seeing rookies make a big impact after last season. Which rookie will be most impactful for Kansas City during the 2022 NFL season, though?

You can make arguments for any number of players. Trent McDuffie could be the league’s next true shutdown corner. George Karlaftis could be a 10-sack player right out of the gate. Skyy Moore could make Chiefs fans forget all about the good times they had with Tyreek Hill on the squad. Bryan Cook could stand out in a transformed safety room, while Leo Chenal could round out the dynamic group of linebackers that K.C. already has. Even the Day 3 picks could find themselves contributing early on.

Do you think the #Chiefs should make a trade on Day 1 of the 2022 NFL draft? Be sure to weigh in on our poll: 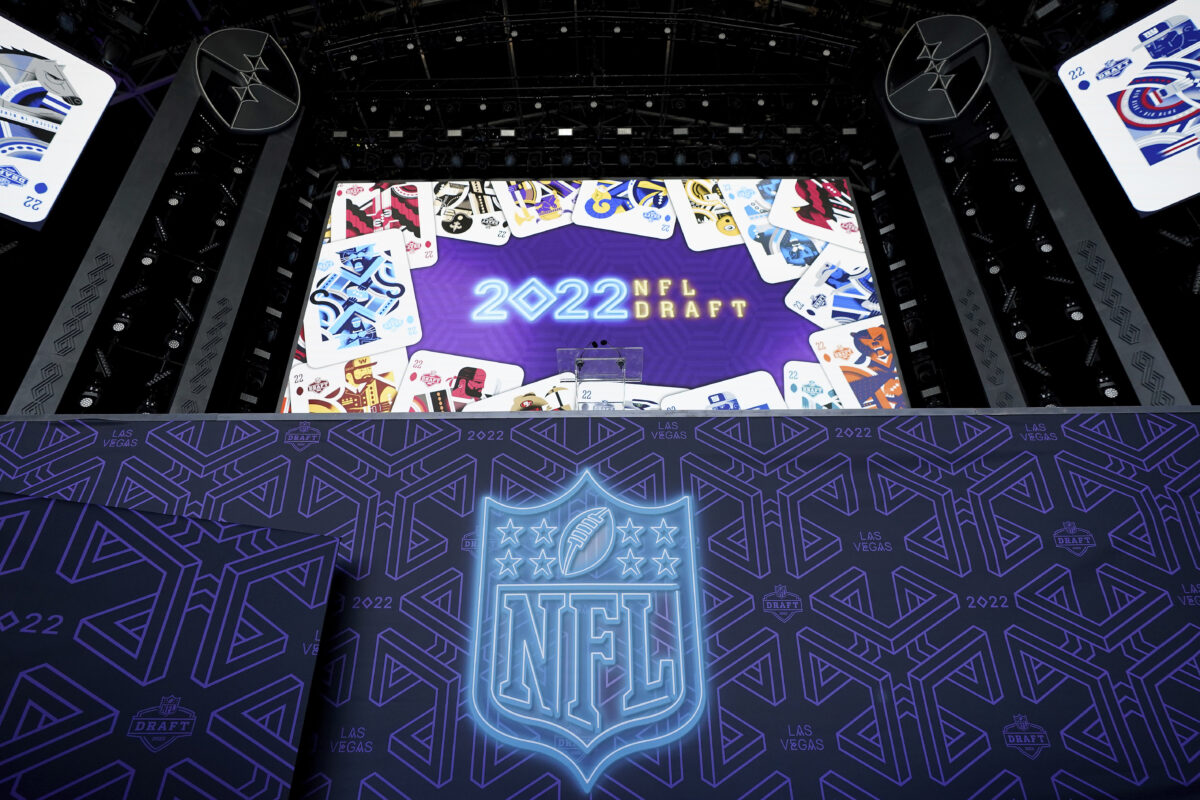 There has been an incredible amount of speculation about the Kansas City Chiefs trading up in the first round of the 2022 NFL draft. It makes plenty of sense, being that the team has twelve picks, including two in the first round. They have the flexibility to move around as they see fit.

The latest reports indicate that the team has been calling around about trading up in the first round. The team is doing their due diligence to ensure that they’re prepared if the opportunity to move up arises. Many expect a move up in the first round, if it does indeed happen, to be for a receiver. I wouldn’t rule out edge rusher, cornerback or defensive tackle either, though.

There has also been some suggestion that Kansas City is in range to trade back with a team looking to jump back into the first round and take a quarterback. This feels like something that is suggested every year for teams in the late first round, but really there aren’t many times it has actually happened. The only time in recent memory would be the 2018 NFL draft when the Baltimore Ravens moved up for Lamar Jackson with the Philadelphia Eagles and the last pick of the first round.

Ultimately, it feels like it’s only a matter of time before Brett Veach makes a trade in the 2022 NFL draft. He’s a fan of moving up in the draft, having done so several times in his tenure as general manager. That said, he’s never traded up during the first round. He has also never traded out of the first round and into the second round before. Could this be the first time that Veach makes a trade in the first round? If he does make a trade-up, how high will he go? Be sure to vote in our poll at the top of the page and share your thoughts in the comment section down below.

HoopsHype gathered official 2022 NBA awards ballots from media members privately along with others made public via social media and stories. 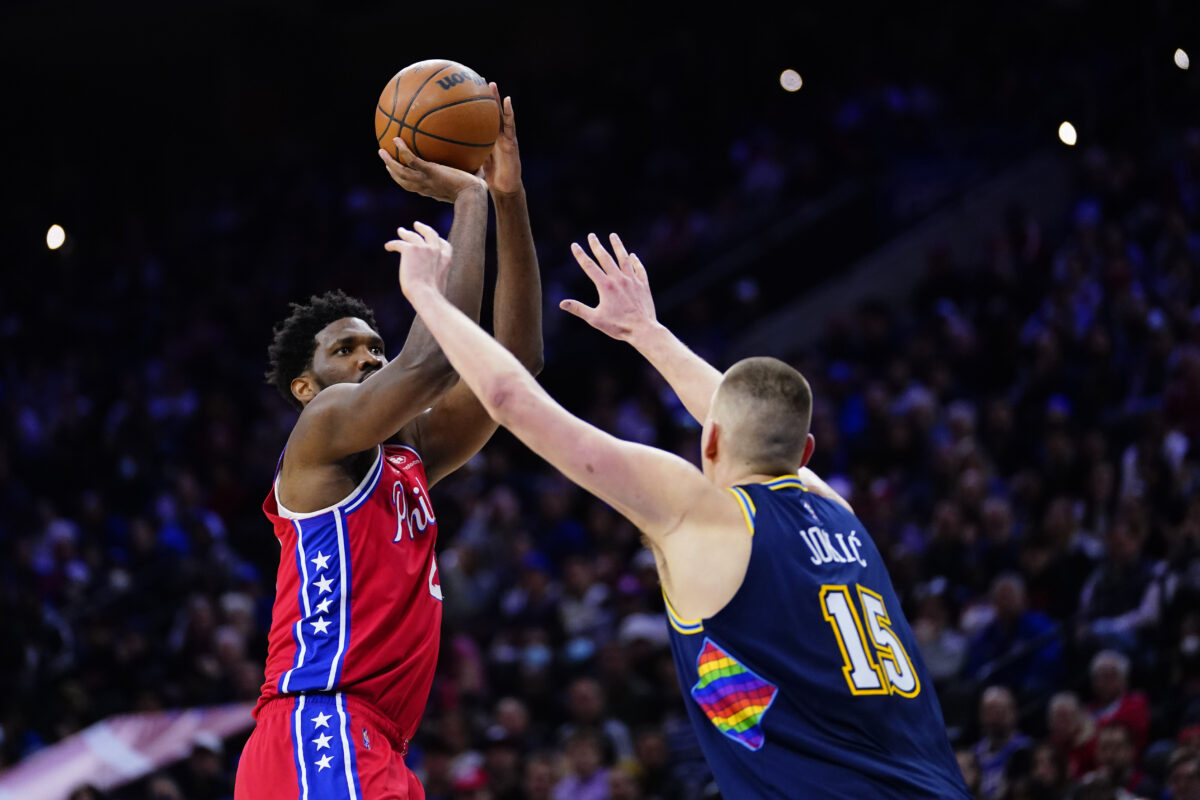 With the regular season in the rearview mirror, we have obtained the official NBA awards ballots from media members who disclosed their votes privately with HoopsHype and others made public via social media and stories. We’ve tabulated 24 in total.

One individual award and several spots on the All-Defensive and All-Rookie Teams were separated by thin margins. The results of the poll are listed below.

Note: Numbers in parentheses show the percentage of points relative to the maximum amount possible for each award. 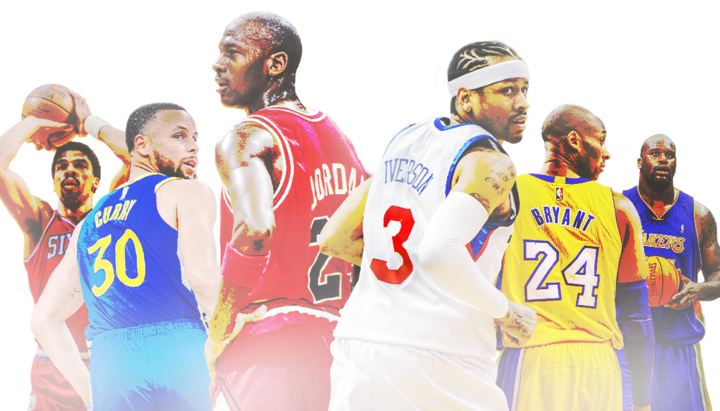 Many people debate who’s the greatest player ever, but there’s no debate for the most influential player of all time, and we have the numbers to prove it.

HoopsHype polled a mix of 52 former and current NBA players for their most influential players ever, and Michael Jordan won in a landslide.

Some prioritized production and impact long-term on the court. Others prioritized influence off the court from cultural branding, style, music, and experience as an executive.

Who are the top NBA players who can get a bucket or a defensive stop with the game on the line? To find out, HoopsHype polled 21 NBA executives for their Top 5 clutch players in the game currently. Some executives leaned towards the offensive side … 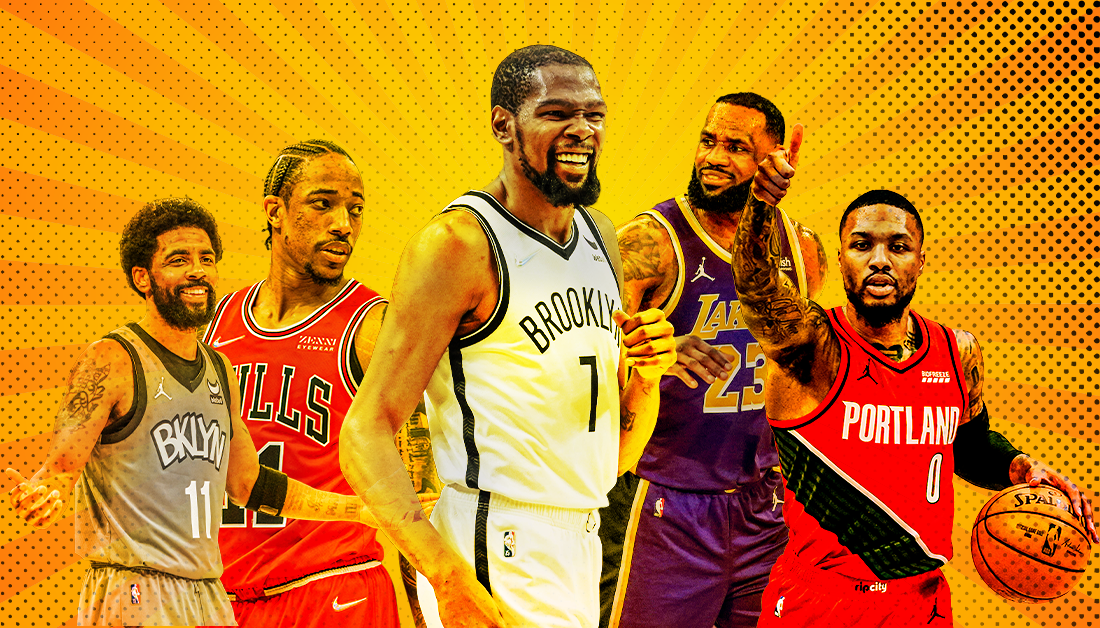 Who are the top NBA players who can get a bucket or a defensive stop with the game on the line?

To find out, HoopsHype polled 21 NBA executives for their Top 5 clutch players in the game currently.

Some executives leaned towards the offensive side of the ball while others prioritized two-way ability.

Share your thoughts on which team will win Super Bowl LVI. 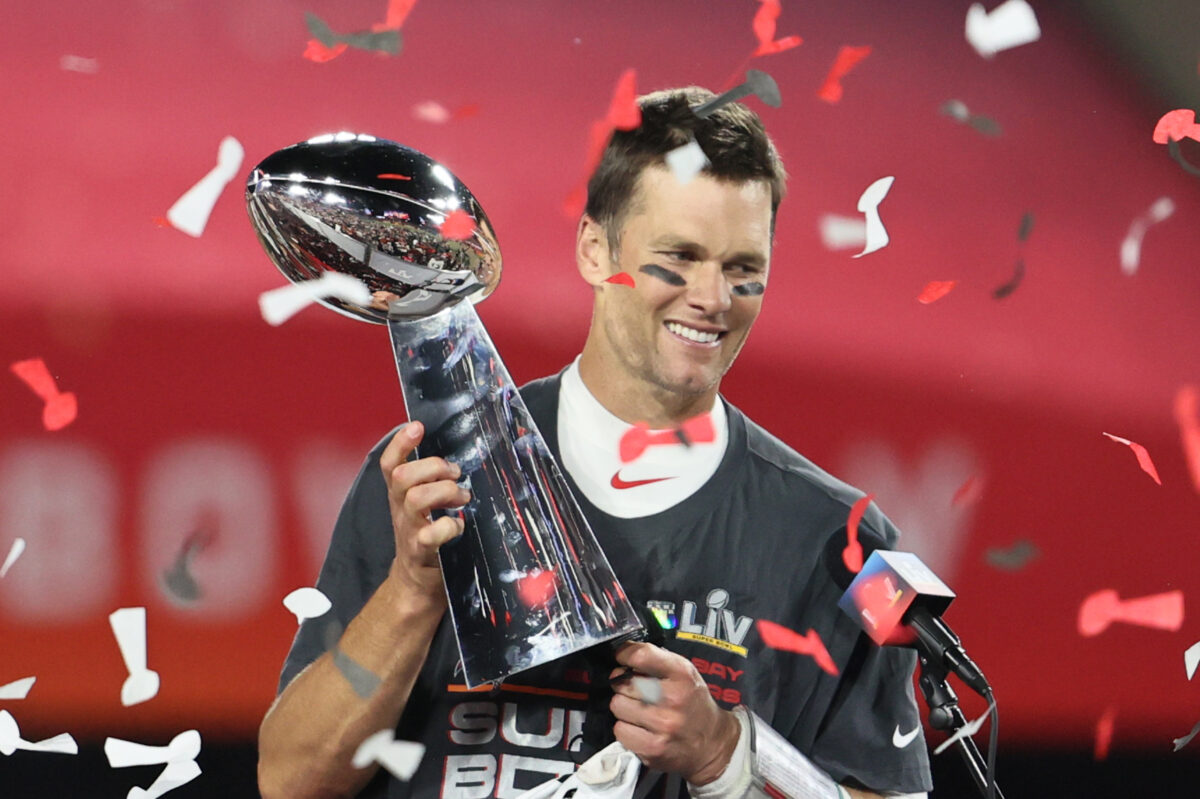 We want to hear from you! Sound-off and tell us which team you think will hoist the Lombardi Trophy following Super Bowl LVI.

We are polling the fans to find out who they think is most responsible for the Browns not playing in the playoffs: 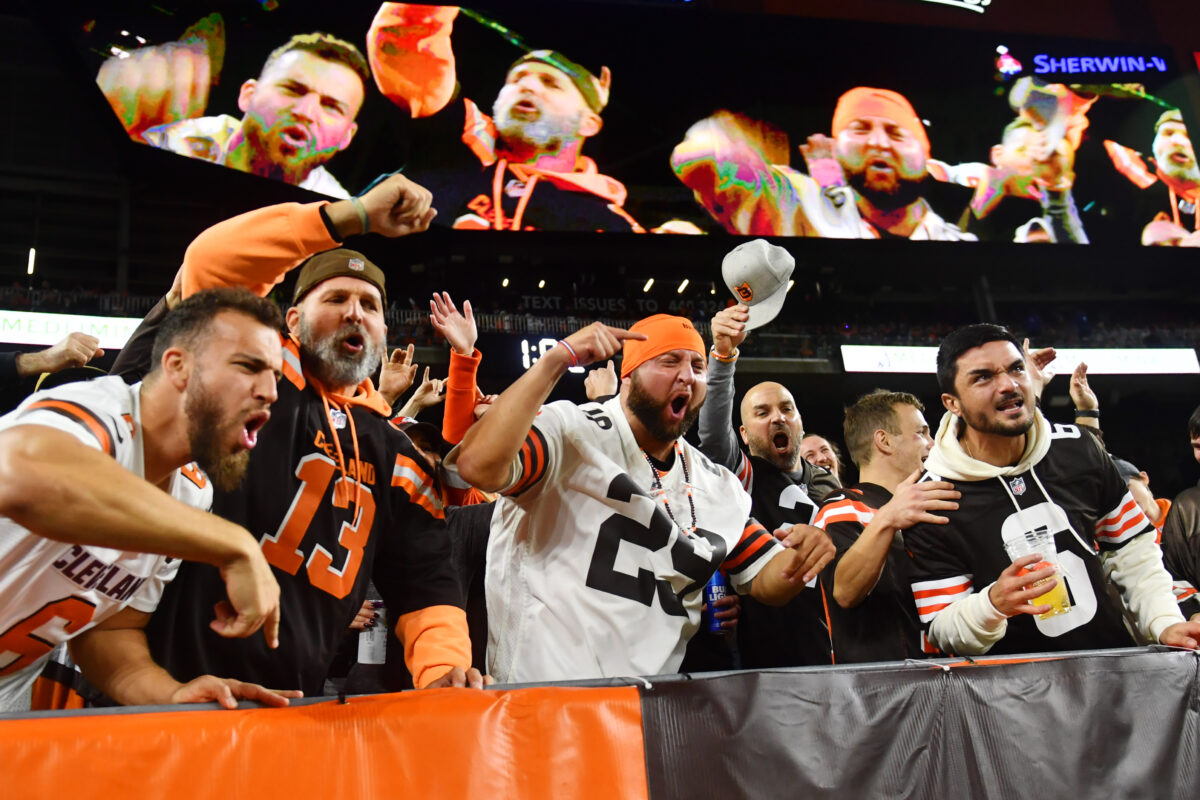 Blame is an interesting thing in professional sports. Unlike individual sports like golf, singles tennis and many Olympic sports, team sports have multiple variables that are outside of a single person’s control. For example, a quarterback is often blamed for an interception even if the pass-catcher ran his route wrong. (Quarterback often tends to get too much credit for winning as well.)

That doesn’t mean responsibility cannot be assigned and, for the Cleveland Browns, it is important to do in the offseason. Based on all the information available, the three biggest names on the team (Andrew Berry, Kevin Stefanski and Baker Mayfield) will return for 2022.

Looking back at 2021, what/who is most responsible for the team’s failure to make the playoffs? We list the three guys noted above as well as noting that injuries and COVID-19 limitations also impacted the team greatly. All four have some responsibility but we want to know who you think is most responsible:

In September of 2020, HoopsHype polled 15 NBA talent evaluators and asked them to rank their top five Under 25 players to build around. We have repeated the exercise with 17 NBA executives this time. There was no change at No. 1, but quite a few … 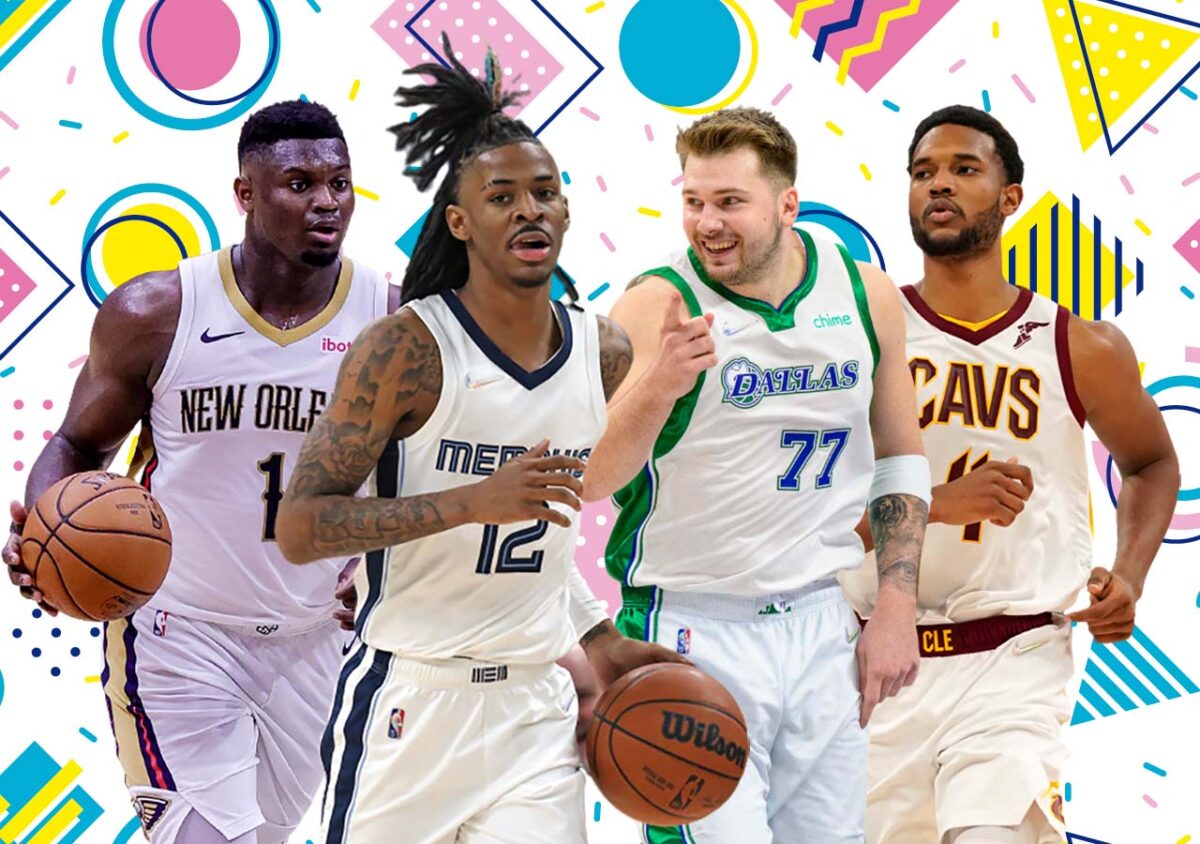 In September of 2020, HoopsHype polled 15 NBA talent evaluators and asked them to rank their top five Under 25 players to build around. We have repeated the exercise with 17 NBA executives this time. There was no change at No. 1, but quite a few after that.

Dallas Mavericks star Luka Doncic remains the first choice, though he’s no longer the consensus pick after a somewhat disappointing first half of the season in which he’s still playing himself into shape.

Boston’s Jayson Tatum barely retains No. 2 with half the share of the vote of last season while Ja Morant moves up to No. 3.

LaMelo Ball and Trae Young went from no votes to cracking the top five.

The results of the poll are listed below.