Here were Jacksonville’s top five players from the 2021 season. 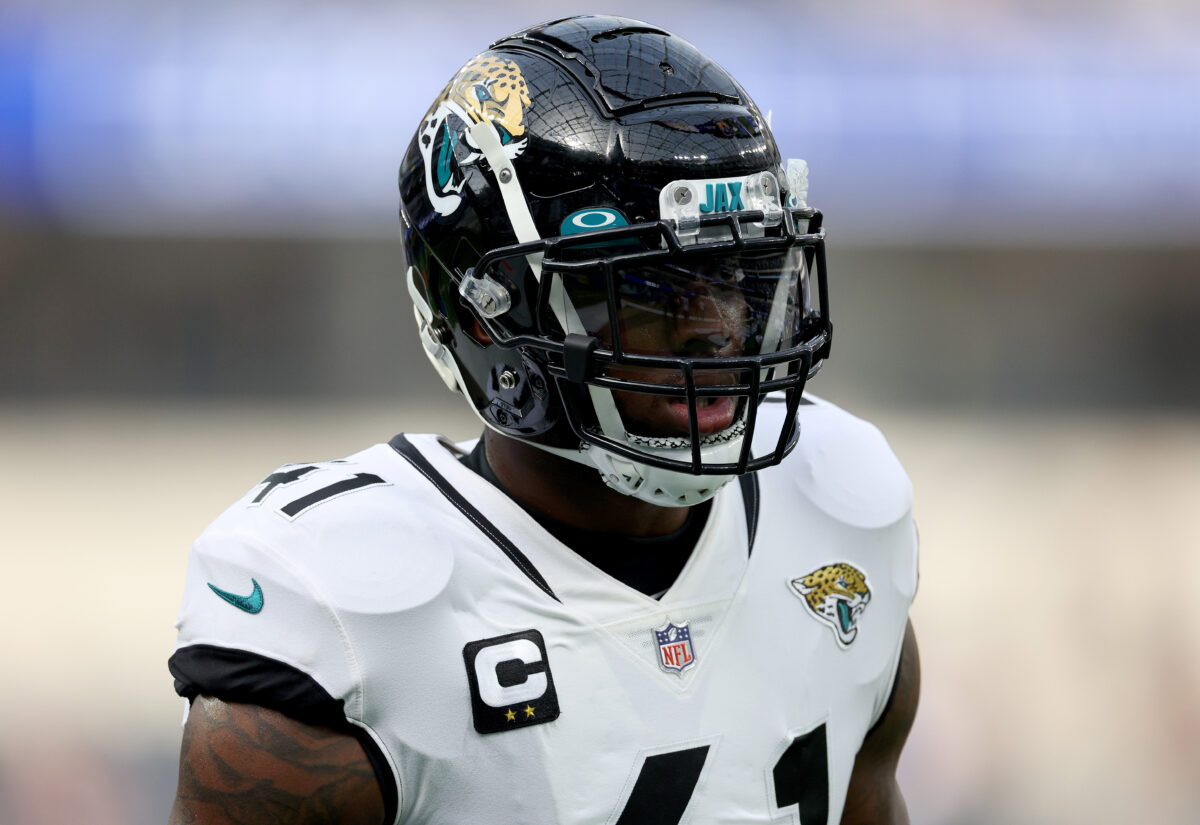 Jacksonville entered the 2021 season with some hope after a 1-15 finish a year ago landed the team its franchise quarterback in Trevor Lawrence. But fans hoping to see tangible improvement were disappointed as the team meandered its way to a 3-14 finish that landed it with the first overall pick once again.

It goes without saying that this year’s team didn’t have many standouts, but a few players had solid seasons, especially in the second half of the year. As we turn our attention to the offseason — including a coaching search to replace Urban Meyer, who was fired 13 games into the season — let’s take a look at what the Jaguars have to build around.

These were the five highest-graded qualifying Jacksonville players during the 2021 season, according to Pro Football Focus. 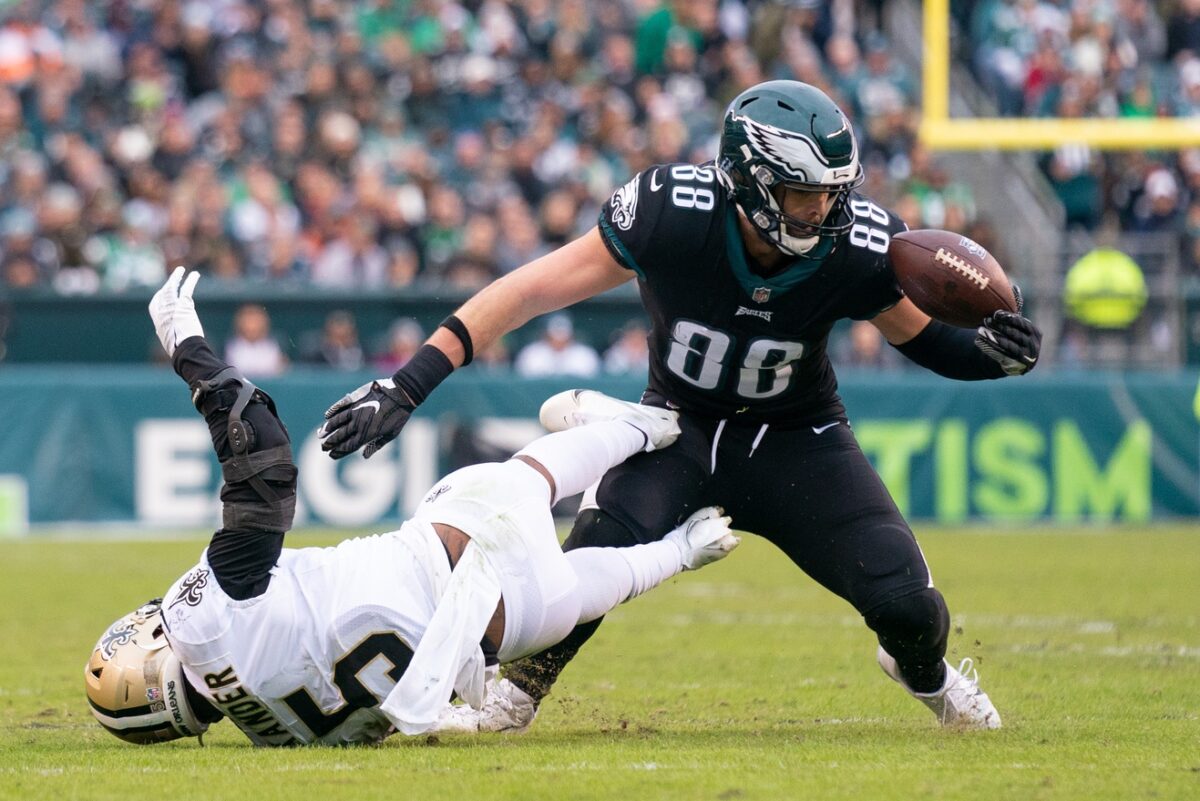 The Eagles ended the 2021 regular season on a down note, but the team was able to earn a postseason berth against the Buccaneers.

As we look forward to 2022, we’ll now take a look at the highest and lowest graded Philadelphia Eagles from this season per Pro Football Focus.

The offense dominated the high grades, and there were a few surprises at the top and bottom of the list.

Here were the five highest-graded Jaguars from Pro Football Focus in Sunday’s playoff-spoiling win over Indianapolis. 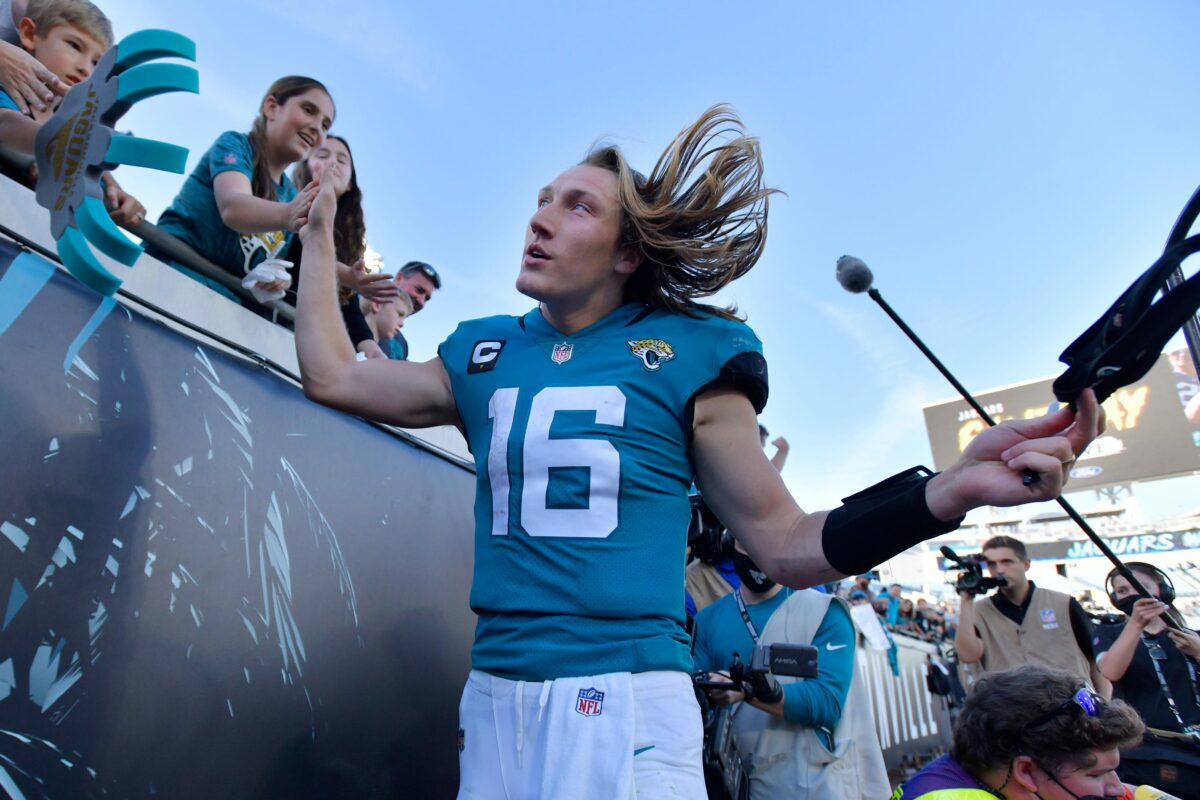 Jacksonville entered Sunday’s game as the league’s biggest underdog, but it delivered its best all-around performance of the season in a 26-11 win. The Jaguars got to have their cake and eat it too, as the victory helped knocked the division rival Indianapolis Colts out of playoff contention when all they needed to do was win. However, Detroit was victorious over Green Bay, too, so the Jags earned the first overall pick in the 2022 NFL draft, anyway.

With the team playing lights out on both sides of the ball — in spite of being shorthanded between injuries and COVID-19 — it shouldn’t come as much of a surprise that the team registered some of its highest player grades from Pro Football Focus all season. Here were the top five players in Sunday’s win, according to the PFF grades: 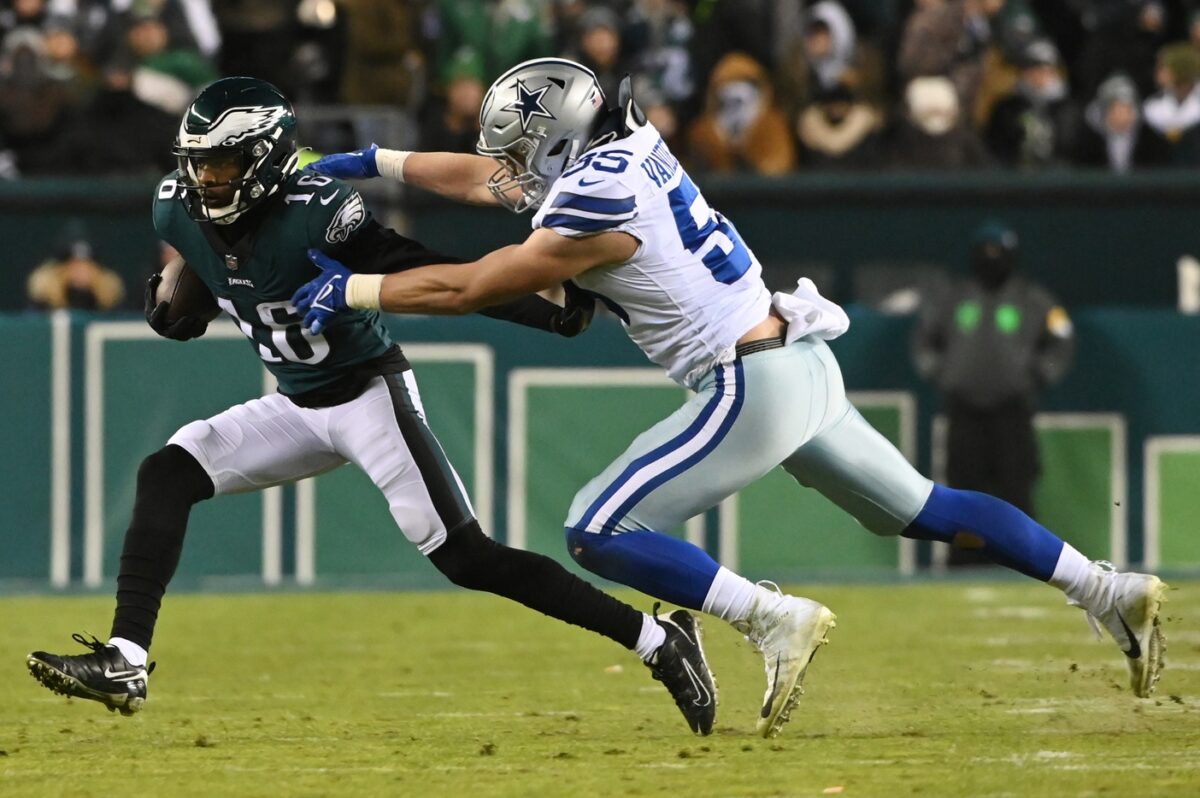 If you ever want to truly gauge the depth on an NFL roster, just take 20 key players away and make them inactive or place them on the COVID-list.

With the bulk of their roster inactive, Philadelphia played reserves and practice squad players in a 51-26 home loss to the Cowboys to wrap up the 2021 regular season.

The Week 18 PFF grades gave an actual indication of what a roster full of backups would resemble, and the results weren’t pretty.

Here are the few bright spots from an otherwise horrid performance on Sunday. 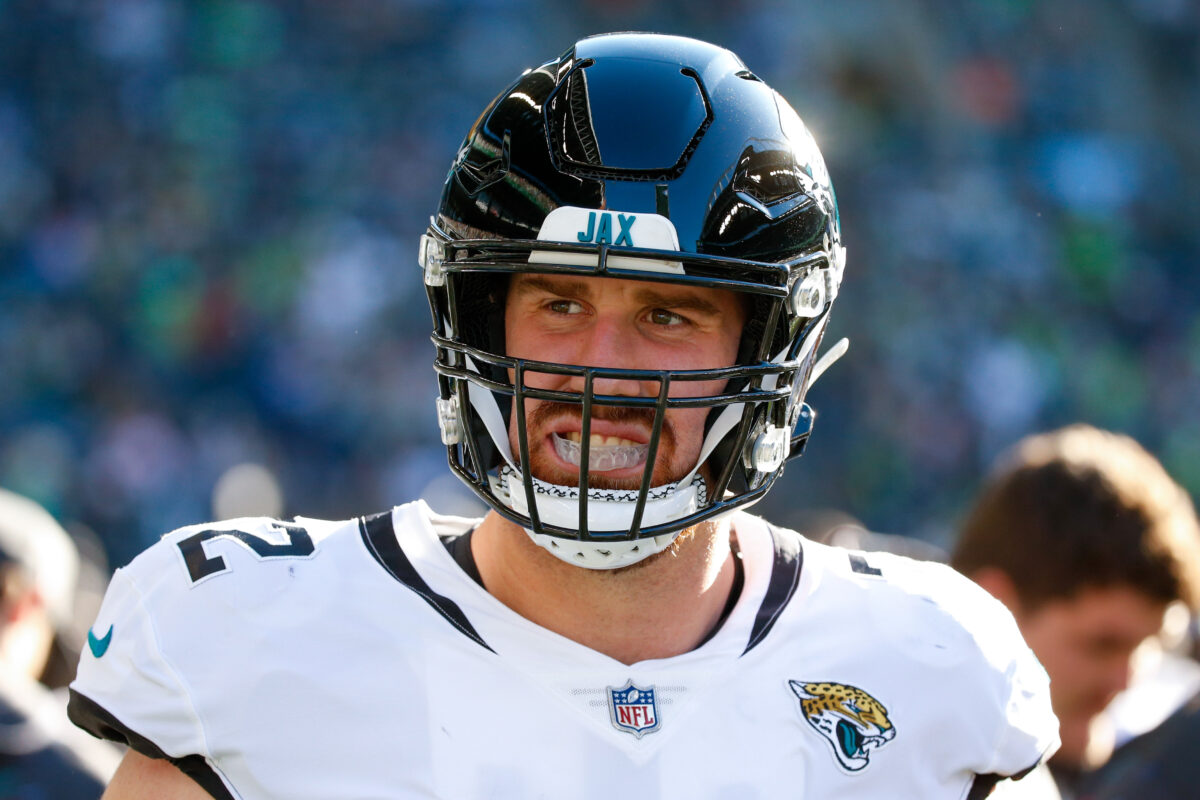 Fans have to dig deep to find positives from Jacksonville’s Week 17 matchup against the New England Patriots. The team was demolished 50-10 in one of the worst losses in franchise history, and it now sits at 2-14 on the season. Still, the Jags were without a number of players on Sunday due to COVID-19, and they had to elevate several players from the practice squad for the game.

We saw a very different team, and while it was mostly something fans won’t want to see again, there were a few players who performed better than others. Here were the top five Jaguars players in Week 17, according to the grades from Pro Football Focus. 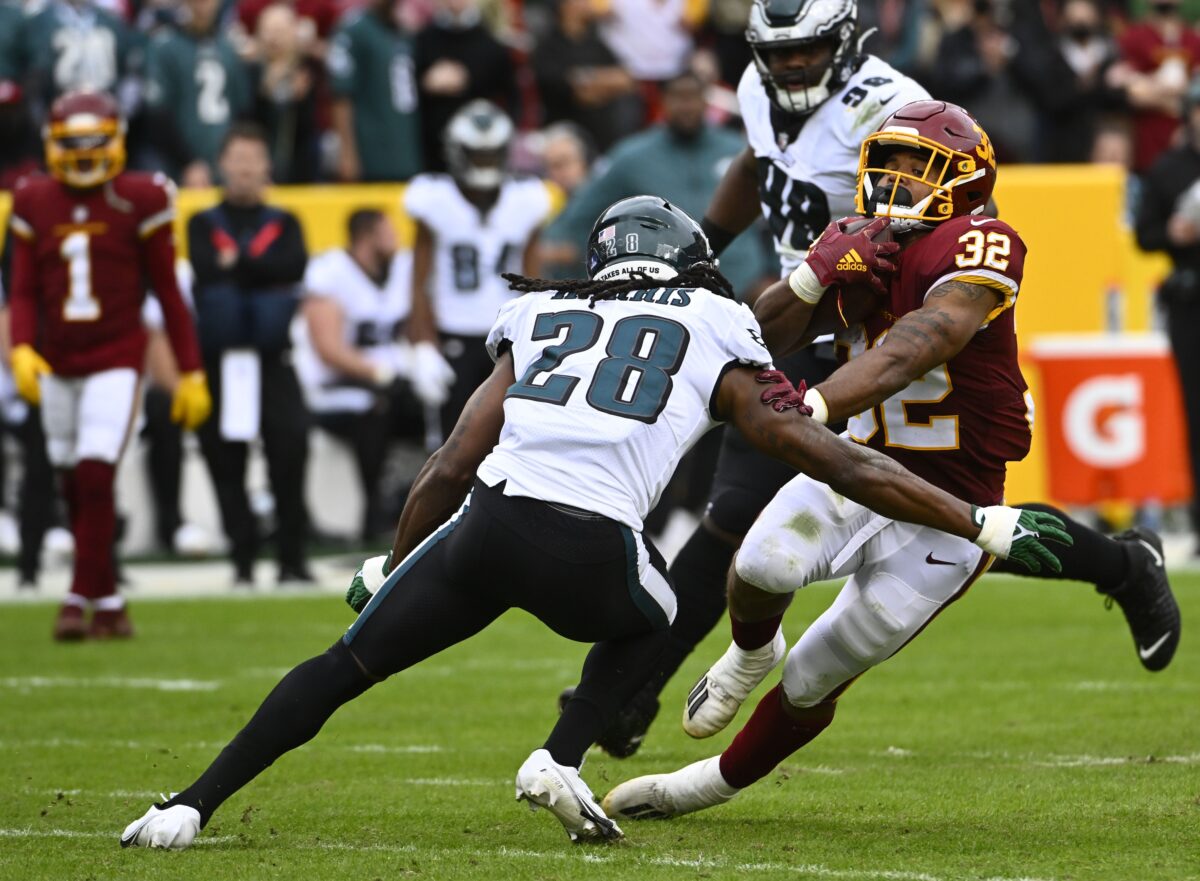 The Eagles clinched a playoff berth on Sunday with a gutty 20-16 comeback win over the Washington Football Team at Lincoln Financial Field.

There were several impressive performances on the day, none more dominant than Josh Sweat, as the veteran defensive end harassed Washington quarterback Taylor Heinicke all afternoon.

Sweat wasn’t the only standout on Sunday, and PFF has the best and worst grades from an impressive and historic win for head coach, Nick Sirianni.

#Philadelphia #Eagles’ #PFF grades: Best and worst from Week 16 win over the #Giants 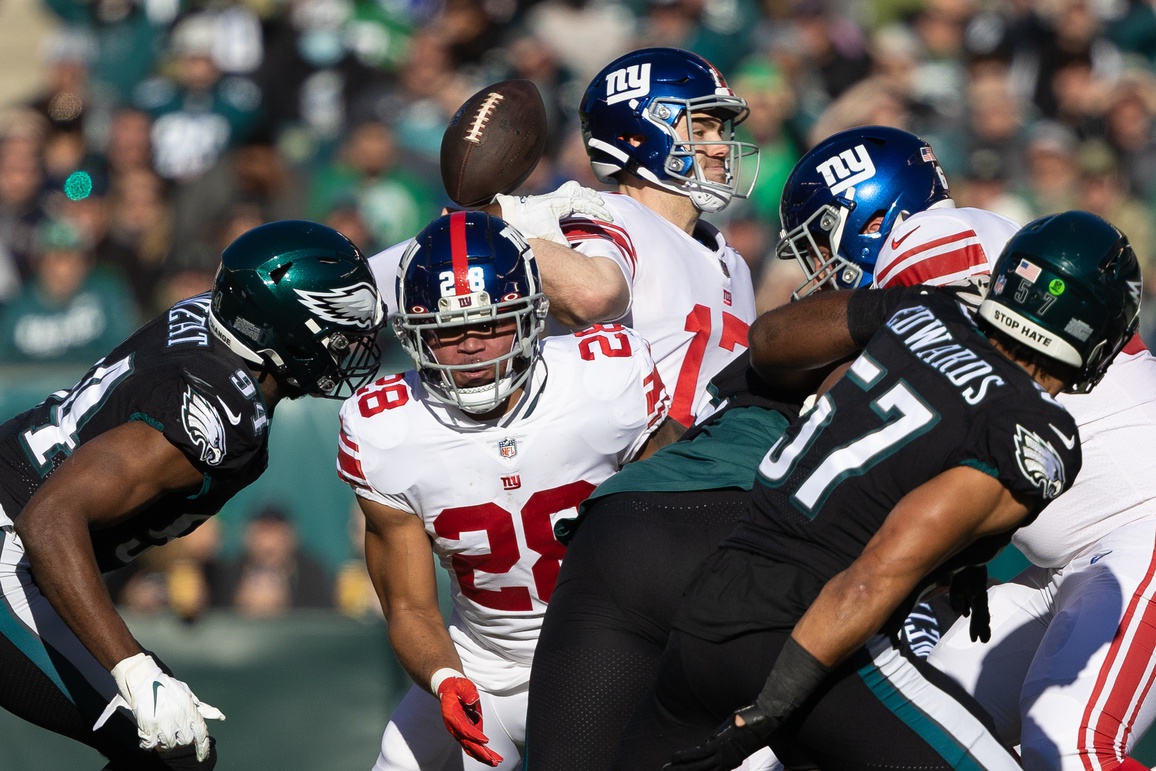 The Eagles dominated the Giants on Sunday, and in doing so, the defense was able to dominate when it came to PFF grades as well.

Playing one of the most efficient games of the season, Jonathan Gannon’s defense has players making a huge impact at all three levels of personnel.

Here are your highest-graded players for Philadelphia on both sides of the ball.

Here were the standouts in the Jags’ loss to New York. 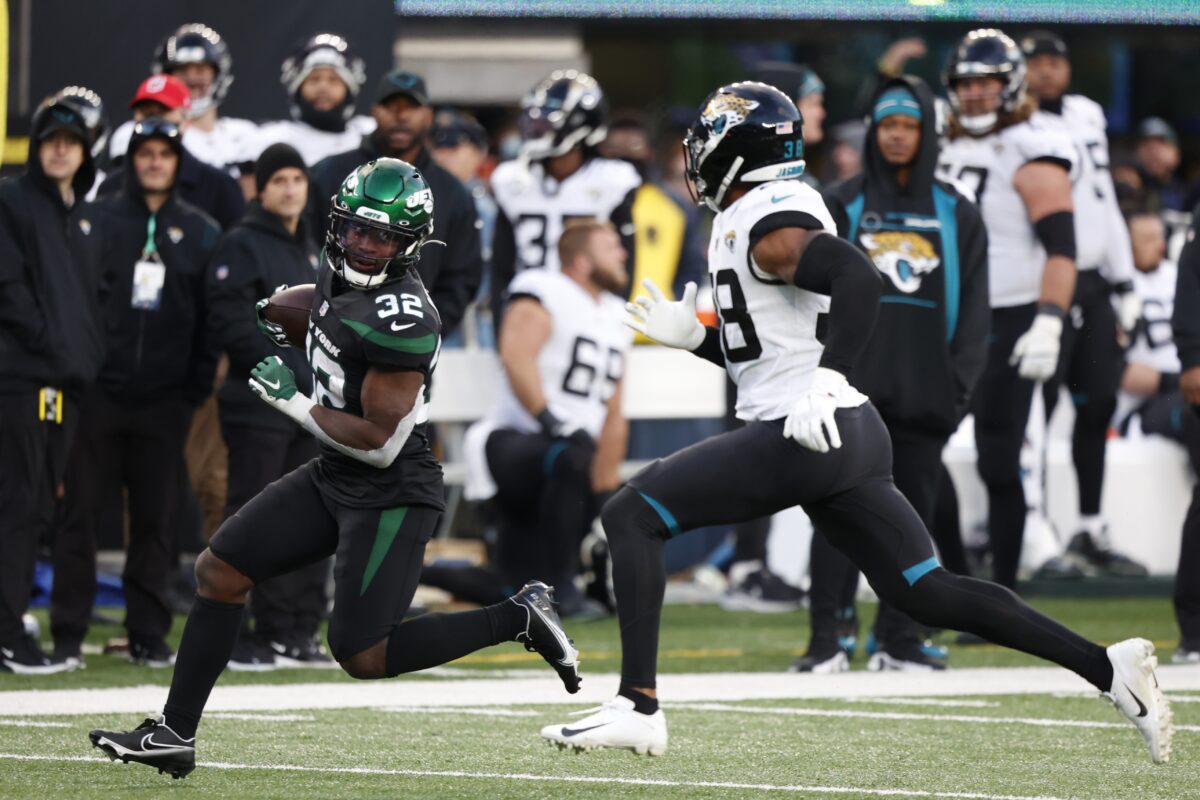 The Jacksonville Jaguars suffered yet another frustrating loss on Sunday against the New York Jets. The team could have tied it in the fourth quarter with a two-point conversion that went awry, and it still had another chance in the final seconds as it got to the Jets’ one-yard line.

However, a second-down play came up short of the goal line, and with the clock running, the Jags decided to spike the ball on third down. The fourth-down play was poorly executed and featured an illegal shift penalty that would have negated a touchdown, anyway.

After losing for the sixth-straight week, Jacksonville has locked up a top-two pick in the 2022 NFL draft and is very likely to pick first overall yet again. The positives this season have been few and far between, but Sunday was the best offensive performance the team has had in a while, and the defense held its own, as well.

Here were the top performers in Week 16, according to Pro Football Focus.

Here were the highest graded Jags players on Sunday, according to Pro Football Focus. 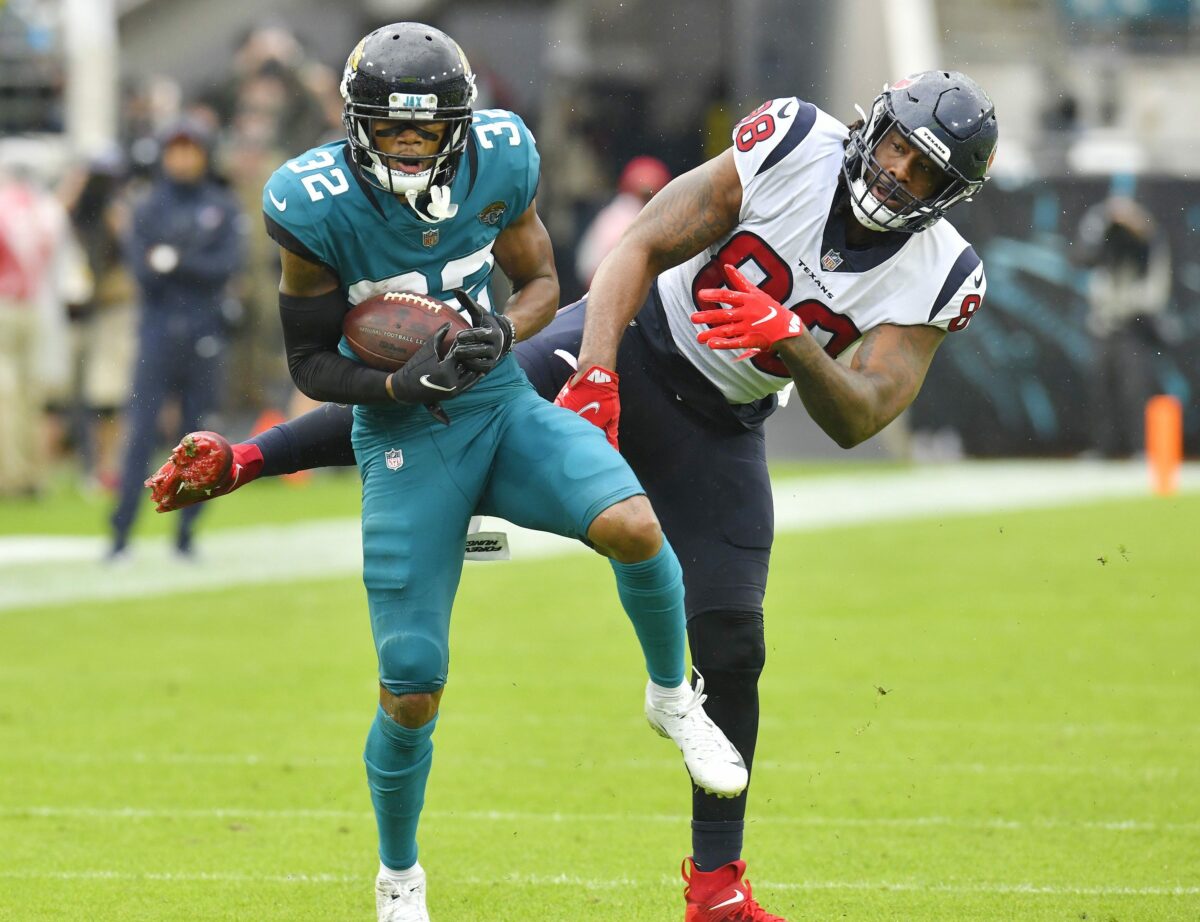 A frustrating season in Jacksonville just continues to get worse each week. With an interim head coach in Darrell Bevell, the Jags lost to fellow AFC bottom-feeder Houston on Sunday, dropping the team to 2-12 on the season and putting it in a position to pick first overall yet again in the 2022 NFL draft.

The Jaguars’ roster deficiencies were on full display against a Texans team that is one of the worst in the league in both offense and defense. Despite that, Houston won by 14 points in what was one of the most disappointing performances of the whole season.

Still, there are positives sprinkled into the vast array of negatives each game, and this week’s contest was no different. With that being said, here were the best performers for Jacksonville this week, according to Pro Football Focus. 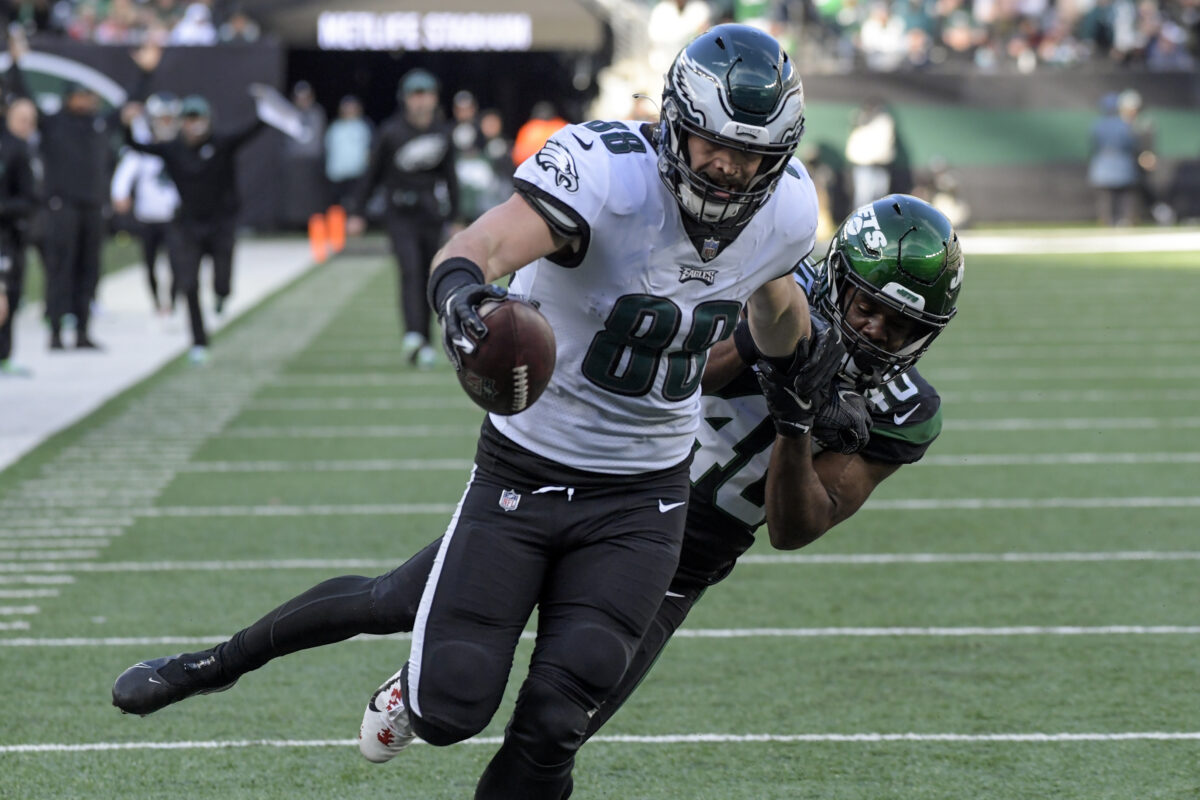 The Eagles have returned from the bye week and as the team starts preparation for the first of two contests against Washington over the next three weeks, nows is a good time to look back on the previous 14 weeks.

PFF has weekly grades for all 32 NFL teams and we’re taking a look at the 10 highest graded Eagles entering Week 15.