Or are there more trades in Boston’s future coming?

After the Boston Celtics made their big offseason splash by trading for Indiana Pacers point guard Malcolm Brogdon, how the team’s backcourt hierarchy would work became an immediate if muted subcurrent. Right now, while there are no real stakes or games to be played, everyone is saying the right things. But when the rubber meets the road in the 2022-23 season, will everyone sing the same song?

Winning of course will cure much ill feeling, but will veteran floor general Marcus Smart and new arrival Brogdon get along as well as their team needs them to in their pursuit of Banner 18?

Despite the potential for a very deep team to have a proverbial overabundance of cooks to spoil the stew, not all of the above believe this experiment is destined to go awry.

Are they the odds-on favorite? 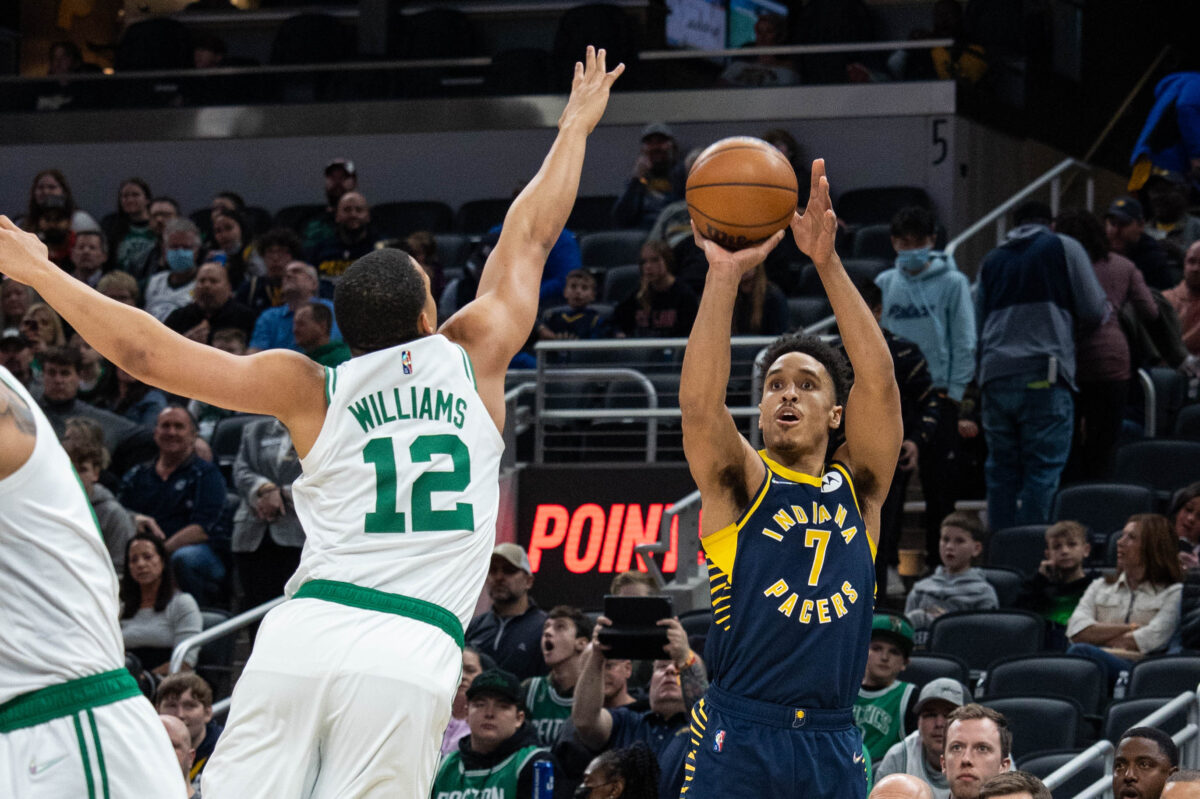 With the rest of the NBA currently in a holding position while the Brooklyn Nets try to find new homes for Kevin Durant and Kyrie Irving, the Boston Celtics pulled off something of a minor coup in landing Indiana Pacers point guard Malcolm Brogdon for a protected first-round pick and five non-rotation players.

Now, the team that represented the league’s Eastern Conference in the 2022 NBA Finals is even stronger with the addition while other teams stood still in the East or even got worse. Only the Milwaukee Bucks ought to be better than they were when last season ended through the improved state of Khris Middleton’s health.

Given the situation in the West isn’t any clearer, does that make the Celtics clear title favorites in the wake of the Brogdon trade?

The hosts of the CLNS Media “A-List” podcast took stock of the league’s likely contenders in their most recent episode — check out the clip embedded above to see what they think about the league hierarchy heading into the 2022-23 season.

The trade for Malcolm Brogdon certainly wasn’t among them. 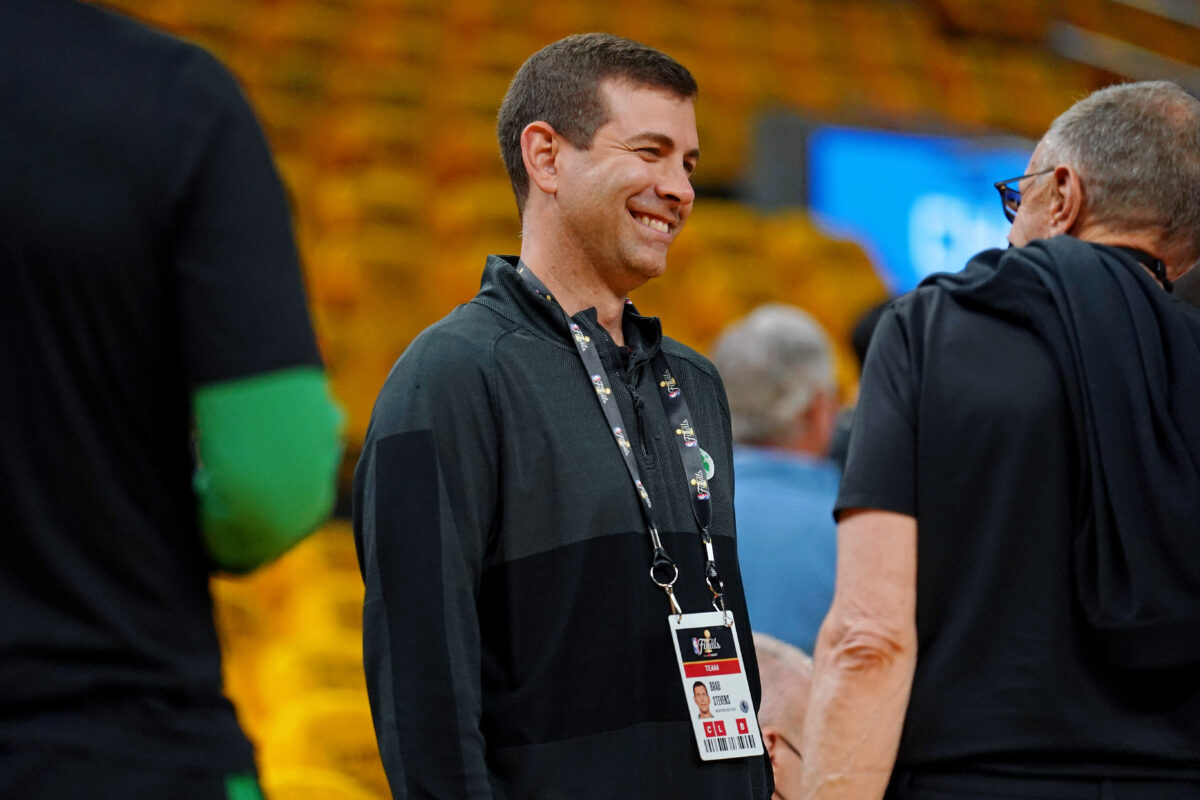 Boston Celtics President of Basketball Operations Brad Stevens continues to make a name for himself as an NBA executive with his trade for former Indiana Pacers point guard Malcolm Brogdon after having dealt for the team’s newest floor general with only reserves Daniel Theis, Aaron Nesmith, Nik Stauskas, Malik Fitts, Juwan Morgan, and a top-12 protected 2023 first-round draft pick.

Just one offseason removed from swapping out the contract for Kemba Walker in exchange for veteran big man Al Horford — a key part of Boston’s postseason success — Stevens is establishing himself as among the league’s most crafty traders.

Has the Celtics president made a bad deal yet? And just how good was the Brogdon trade? The host of the CLNS Media “Celtics Beat” podcast Adam Kaufman and Celtics Blog’s Keith Smith recently debated these questions on a recent episode.

Check out the clip embedded above to hear their perspectives on Brad “Even” Stevens.

Get a glimpse of this summer’s Sin City Celtics in this clip. 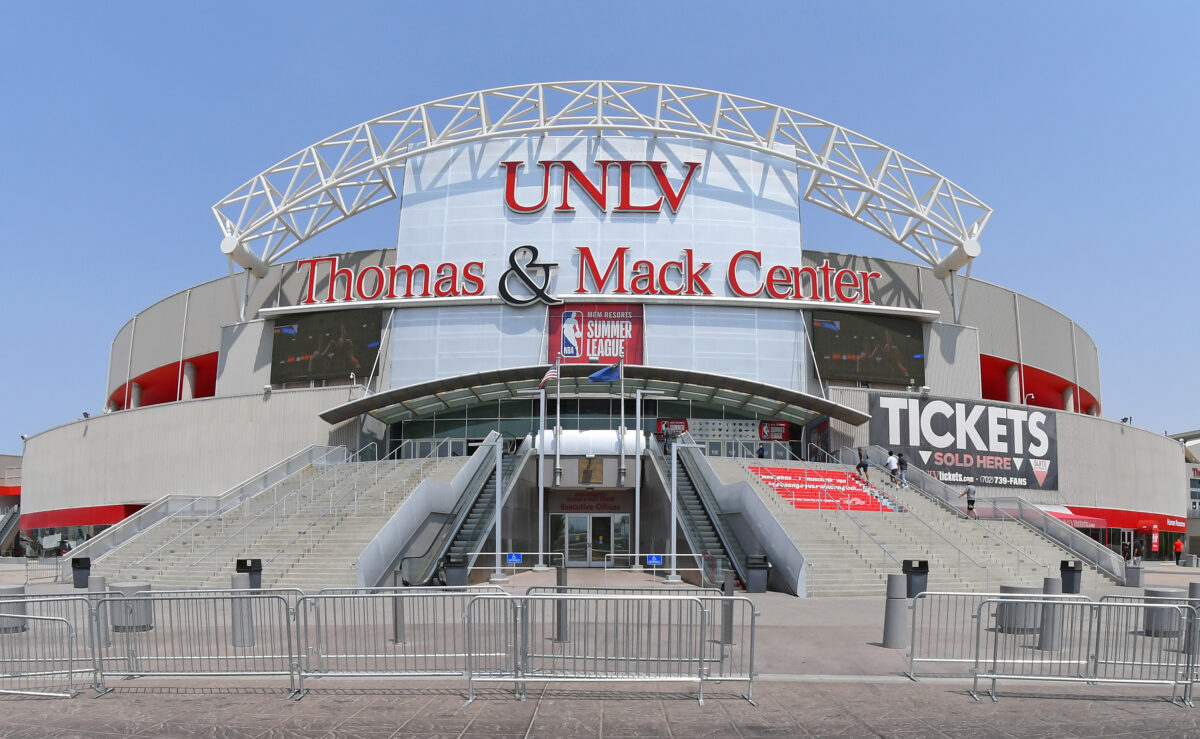 We are just days away from the Boston Celtics taking the floor again to play competitive basketball. Not the Celtics you saw in the 2022 NBA Finals, mind you, but the annual iteration of the team that heads to Nevada each summer to take part in the annual Sin City exhibition series we all love to read too much into.

Boston’s Las Vegas Summer League roster is more or less set and ready to compete for a shot at Vegas postseason glory should they manage to rise to the occasion for the second straight year. In advance of that trip west, the team held an open practice with media in attendance, and our friends at CLNS Media put together a clip of some of the best plays they managed while on camera.

Check it out for yourself in the clip embedded below if you want a taste of what’s to come starting this Saturday, July 9 at 5:30 pm ET, or just want a glimpse of the talent Boston might add to their roster for next season.

The Celtics are nearly done building a contender while we sort through some trying times beyond basketball, and in this episode of the Celtics Lab podcast, FiveThirtyEight’s Jared Dubin helps us do both.

If the Boston Celtics are not done with their team-building activities in the 2022 NBA offseason, they are very likely close to it. A contract for the soon-to-be bought-out veteran forward Danilo Gallinari was quickly followed by a trade of a top-12 protected first-round draft pick, a pair of deep rotation players, and a trio of garbage time specialists for Malcolm Brogdon.

Not long after, Boston inked forward Sam Hauser and veteran big man Luke Kornet, and save perhaps for bringing on another reserve big man to eat some regular-season minutes for Al Horford and Robert Williams III, the Celtics could very well be finished with their 2022-23 roster.

To that end, we linked up with FiveThirtyEight’s Jared Dubin to talk all things Celtics offseason assessments, and wrap up our conversation with some words about covering the league in the midst of some very contentious times far beyond the game of basketball.

Join your usual hosts Cameron Tabatabaie, Alex Goldberg, and Justin Quinn as we talk through team building in difficult times on this episode of the CLNS Media “Celtics Lab” podcast.

See why Boston invested in the Virginia product in this video. 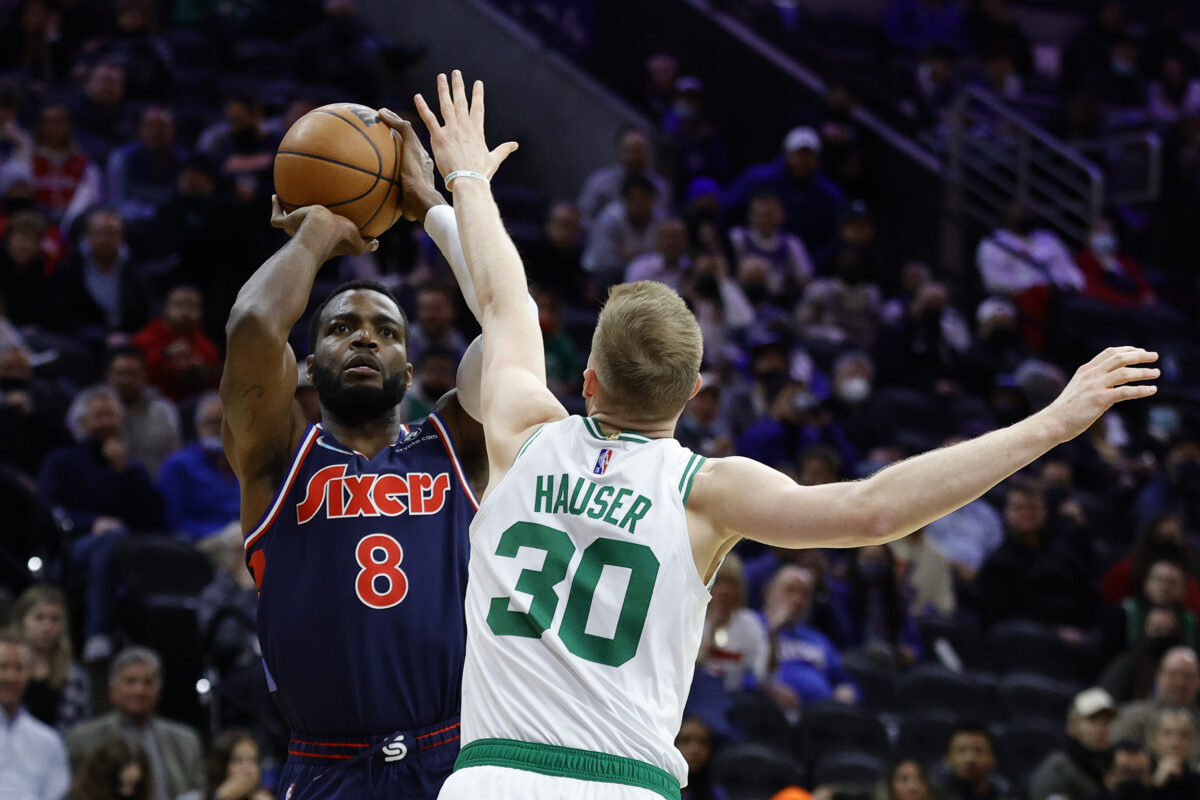 Rookie Boston Celtics forward Sam Hauser might have gone unselected in the 2021 NBA draft, but the Celtics saw the sharpshooter within him and signed the University of Virginia product to a two way deal to get the Green Bay, Wisconsin native into their system and get him some burn with the Maine Celtics, their Portland-based G League affiliate.

Hauser put in the work, and when it was clear his offensive game would translate to the NBA, Boston inked him to a regular deal soon after. Now, after showing some real growth as a player, Boston inked him to a new three-year deal this offseason and believes that Hauser can earn some floor time on the wing this coming season.

If you are not too familiar with the sparsely-played forward’s game, or just want to gloat on how the Celtics managed to find a 42% 3-point shot with size, check out the clip embedded below, courtesy of YouTuber Tomasz Kordylewski.

He undoubtedly will improve Boston’s offensive capabilities, but how will the team account for his defensive shortcomings? 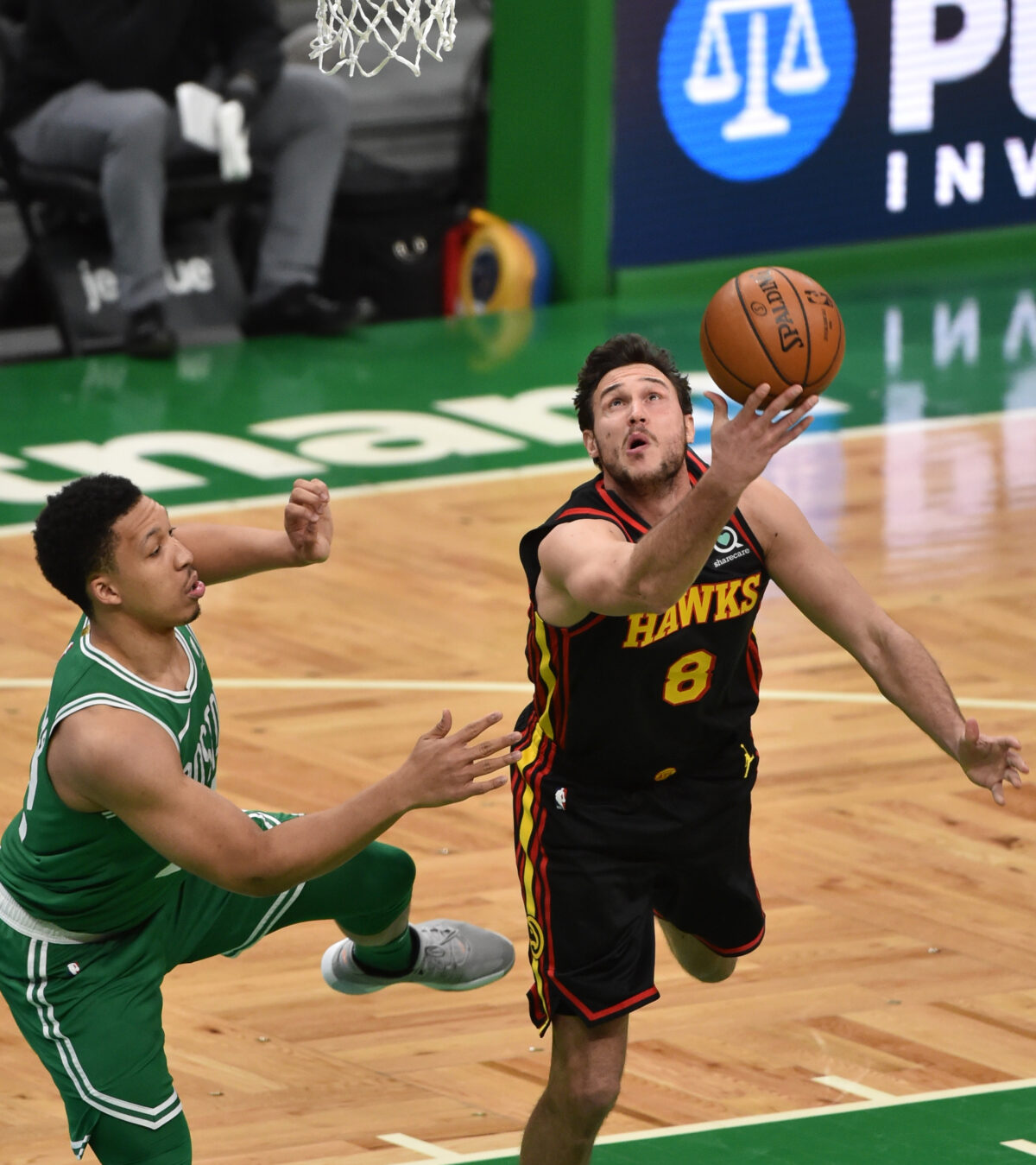 The Boston Celtics have needed some size with shooting for some time now to add to the team’s frontcourt rotation, and they finally got it with the signing of veteran forward Danilo Gallinari. Long a target of the Celtics, the two finally teamed up this week as the Italian revealed he will sign with Boston for a two-year deal with a player option in the second season for the taxpayer midlevel exception (MLE).

Boston will by all accounts benefit from Gallinari’s shotmaking, but there are critics who point out that the former Atlanta Hawks swingman is very much not a defensive specialist, and has even become something of a liability on that end of the court in the latter years of his career.

Is Gallinari a good fit for a defensively-minded team with designs on a title? Can he be hidden on a team like this to provide regular-season depth and spot offense in the postseason?

Watch the clip embedded above to hear the opinions of the host of the CLNS Media “Celtics Beat” podcast Adam Kaufman and guest Keith Smith of Celtics Blog on this issue.

Get to know his game better with this clip. 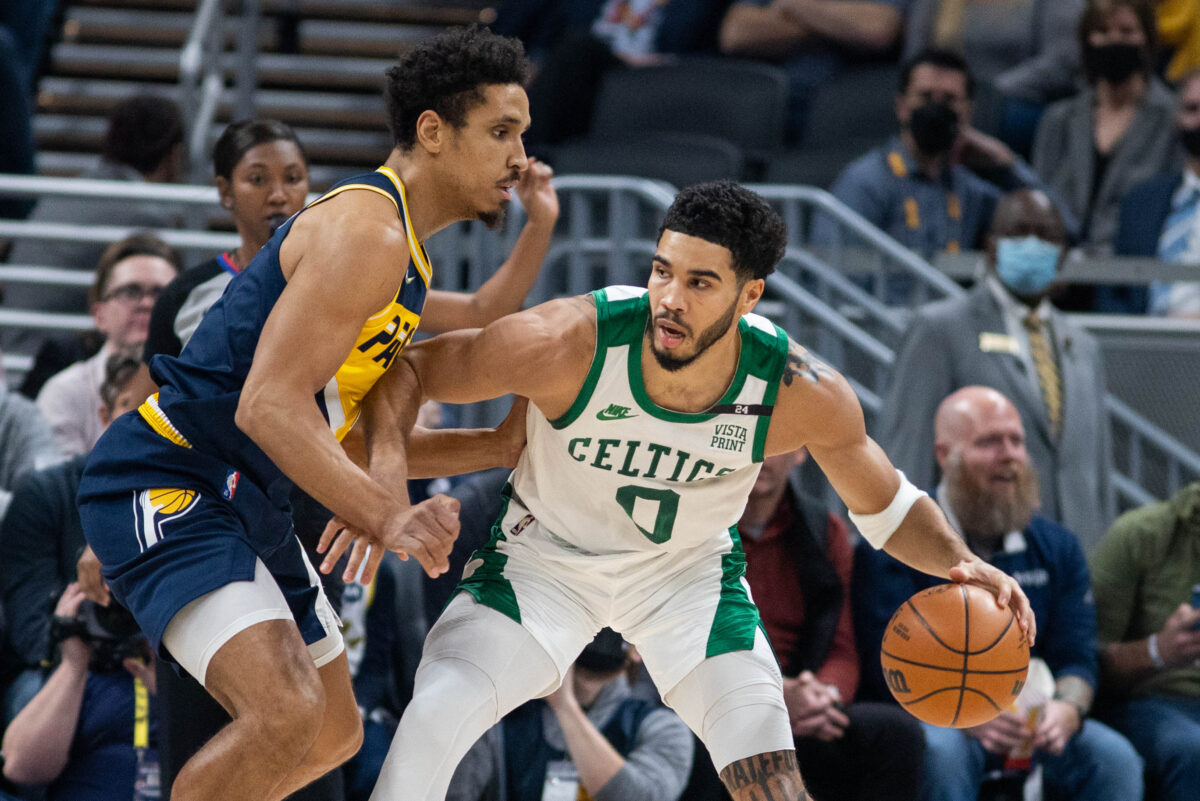 The Boston Celtics have some new faces on their roster as of this week as the team loads up on talent in pursuit of a league-record 18th banner in 2023, and chief among those faces is former Indiana Pacers point guard Malcolm Brogdon. The Atlanta native was dealt to the Celtics for veteran big man Daniel Theis, reserve small forward Aaron Nesmith, and a trio of deep rotation prospects in a trade fans hope was enough to push them over the edge in their title hunt.

But what exactly does Brogdon bring to the table? Ball handling, passing, shooting, and scoring to start, as well as the mentality of a proven leader on and off the court.

If you are not especially familiar with the Virginia product’s game, or just want a glace at how Brogdon was playing for the Pacers last season, check out the highlights of his play for Indiana in the 2021-22 season courtesy of YouTuber Tomasz Kordylewski in the clip embedded below.

Get to know the Italian veterans game better with this video. 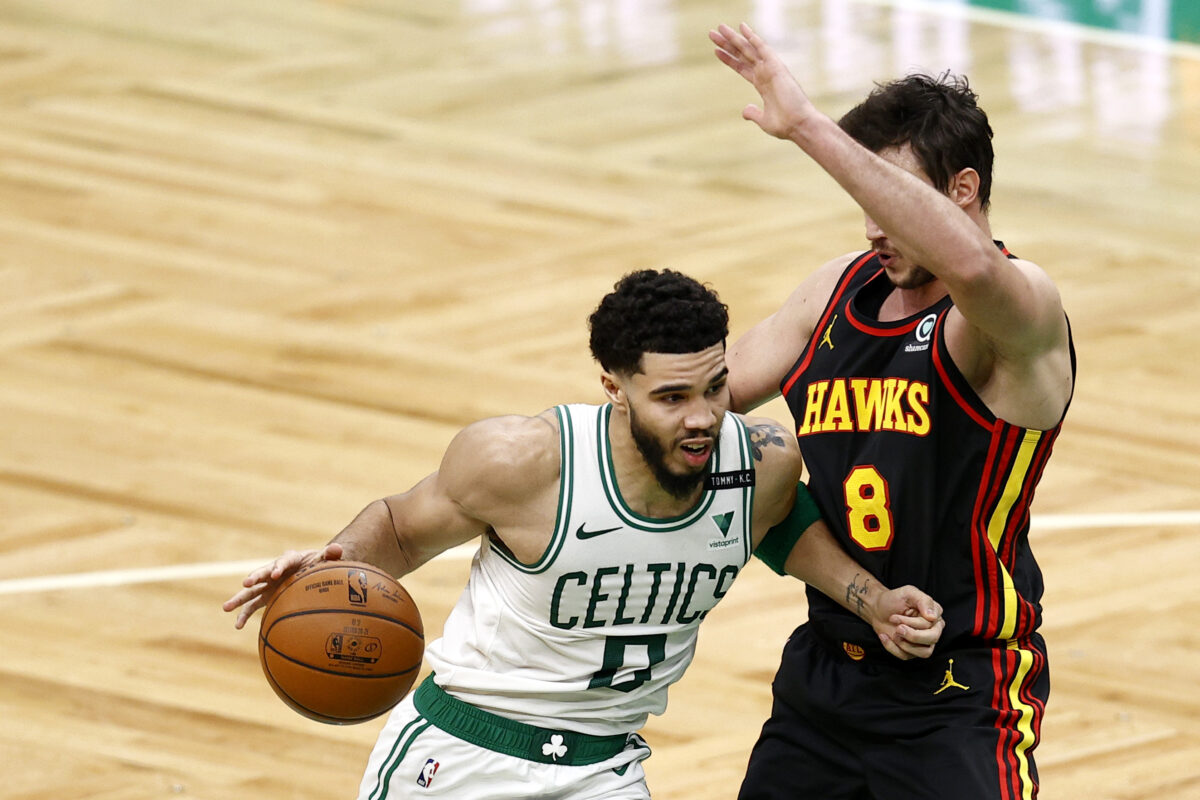 Given he is by no means a new addition to the NBA, new Boston Celtics forward (and former Atlanta Hawk) Danilo Gallinari is not exactly a mystery box for many fans of his new team. But for those of us who perhaps have not followed the Italian swingman’s career around the league over the years, getting an idea of what to expect from him on Boston’s roster may be hazier than some might prefer.

A knockdown shooter with plenty of size at 6-foot-10, Gallinari’s biggest knocks are his age-related defensive shortcomings, but the Celtics are very much the sort of team with the personnel to amplify his strengths while hiding his weaknesses.

Expect Boston’s latest trade focus to play mostly at the 4 for the team in 2022-23, and watch the video embedded below to get an idea of how he might fit into the Celtics’ rotations in the coming campaign courtesy of YouTuber Tomasz Kordylewski.

We can at minimum say the bench has gotten considerably better. 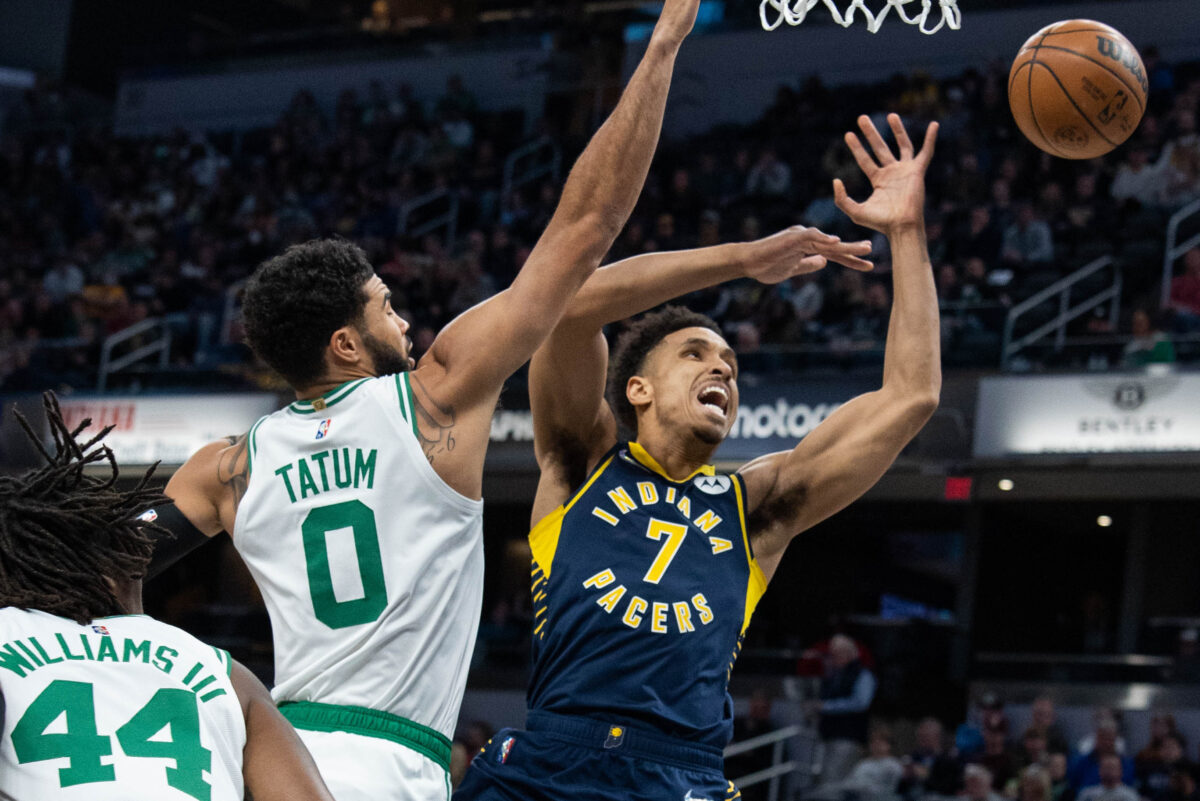 What kind of impact can we expect from the Boston Celtics adding Indiana Pacers floor general Malcolm Brogdon and veteran forward Danilo Gallinari? The Celtics are clearly in win-now mode after coming within two wins of securing the 2022 NBA Championship, so it makes sense to invest in the team from top to bottom, and Boston did exactly that using their taxpayer mid-level exception and a trade that cleared their bench of players who did not see the floor in the Finals without surrendering any rotation players.

Boston could and likely will add a bit more around the margins before the end of the offseason, but this might be the team we see take the floor on opening night in October. What kind of results should we expect from the Celtics’ upgrades?

The host of the CLNS Media “Celtics Beat” podcast Adam Kaufman and guest Keith Smith of Celtics Blog fame got together on a recent episode to hash out their expectations for the coming campaign in light of the front office’s moves.

Check out the clip embedded above to see what they expect from Boston has managed to do so far.