Last year’s meeting between the two teams was an epic game for the ages, with the Gators ultimately prevailing after two overtime periods. 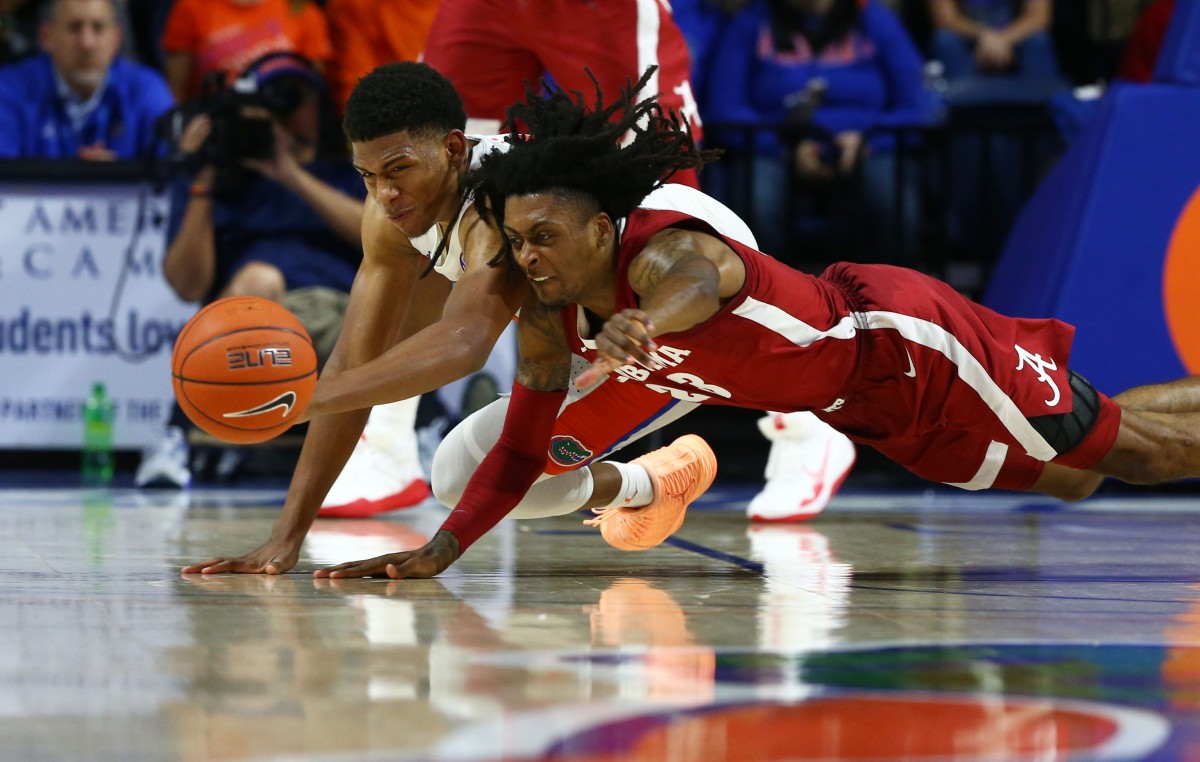 Tuesday night the Florida Gators travel to Tuscaloosa to take on the Alabama Crimson Tide in a clash of Southeastern Conference foes currently riding high into the new year. While UF has won two-straight SEC games after losing Keyontae Johnson, ‘Bama is coming off a huge road win against the then sixth-ranked Tennessee Volunteers — the preseason favorites to win the Southeastern Conference.

Last year’s meeting between the two teams was an epic game for the ages, with the Gators ultimately prevailing after two overtime periods in the O’Dome, 104-98. Florida was down by 21 points with two minutes remaining in the first half and stormed back in the second frame to pull off the second-biggest comeback in program history.

However, today BetMGM has the Gators a 3.5-point underdog to the Crimson Tide while the over/under is set at 154.5 ahead of game time.

Tip off is scheduled for 7 p.m. EST in Coleman Coliseum, Tuscaloosa, Alabama, and will be broadcast on ESPN2, livestreamed on the ESPN app and can be heard on the Gators Sports Network/XM 192.