In normal times, most travelers would be chomping at the bit to visit Saint Lucia, the island nation that is part of the Windward Islands marking the border between the Caribbean Sea and the Atlantic Ocean. Mountains, beaches, not too crowded. … who … 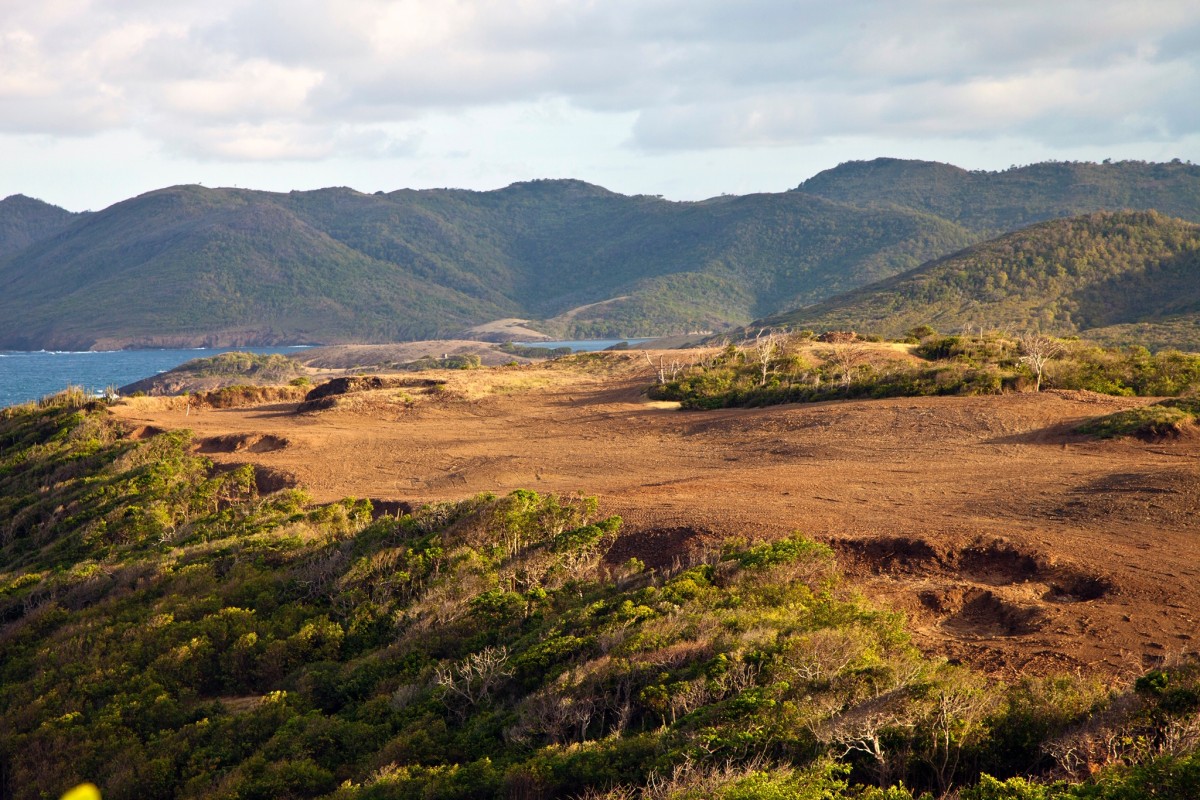 In normal times, most travelers would be chomping at the bit to visit Saint Lucia, the island nation that is part of the Windward Islands marking the border between the Caribbean Sea and the Atlantic Ocean. Mountains, beaches, not too crowded. … who wouldn’t want to go? It’s a tropical paradise 1,500 miles southeast of Miami.

That would be in normal times, not since the coronavirus pandemic teed off on the world’s travel industry.

Keith Rhebb, a golf course shaper who frequently works for the design team of Bill Coore and Ben Crenshaw, is currently stuck in paradise. He’s helping build a course at the new Cabot Saint Lucia, and with work shut down on the island to only essential tasks as the nation’s government tries to prevent any new cases of coronavirus, he’s biding his time until he can climb back onto his bulldozer and return to shaping the course.

“One guy on a dozer out in a field, I’m not sure what the risk would be, but we’re following the guidelines,” Rhebb said in a call via Facetime audio, one of his best ways of staying in touch with family and coworkers in the U.S.  “There’s no traffic coming in, there’s no traffic going out. The government has been really proactive on that, making sure everyone is trying to be safe here.

“I think they’re doing the right thing. We’re just kind of abiding by all the social distancing, washing hands, being mindful of not just going out and being out and about. We’re basically staying put, not going out and lining up in the street for KFC. Life is just continuing on here. There’s still food on the shelves. They are limiting the amount of people that can be in the store at one time. There wasn’t a run on toilet paper or anything like going on in the States, you know.”

Building golf is fun, but doing so with a good friend like Dave Axland tops it all!

Rhebb said local news reports have indicated three cases of coronavirus on the island: Two people from the United Kingdom were infected and later flown off the island, and one local resident was sick but has recovered. All travel to and from the island is effectively shut down until April 5.

The last flight out was this past Saturday, and he chose to stay on the island so he could return to work as soon as possible. After arriving in Saint Lucia on Feb. 24, he had planned to return to his home in Winter Park, Florida – his design credits include the Winter Park 9, a short course that ranks as the 27th best in Florida on Golfweek’s Best Courses You Can Play – on Thursday for a break.

“Basically, if I took that option to leave on Saturday, I knew I wouldn’t be able to know when I could come back and nothing would happen on the site,” he said. “Talking with my wife, she’s working from home and has everything she needs there. This is kind of what we’ve always known, a long-distance-type thing. She said, you’re probably safer there than traveling back to Florida and having to go through the airports in Florida. So we just made the decision for me to stay put.

“We’re working a plan to get things started. There’s plenty of work to do. That’s the reason I stayed here, because I wanted to be productive to keep things going.”

Rhebb is the only Coore-Crenshaw shaper left on the island, staying in an apartment in Rodney Bay in what he described as a popular shopping area. A handful of other contractors working on the course are there, too. He said there aren’t many Americans left on the island, where about 65 percent of the gross domestic product is reliant on tourism, according to the CIA World Factbook. With no cruises arriving and the airports closed, things are certainly quiet.

“I’m a creative person, and my outlet is kind of being creative and building stuff and wanting to be productive,” Rhebb said. “I know that’s kind of a first-world problem, so I don’t want to complain too much.”

Rhebb – whose work in the past year has included stints at Kapaulua’s Plantation Course in Hawaii and the new Sheep Ranch at Bandon Dunes in coastal Oregon – described the course, Cabot Point, as “spectacular.” The site has eight holes that directly contact the coastline, and the ocean is in view from all 18.

“The coastal holes are off the charts,” he said. “And personally, I’m really excited about these inland holes that aren’t right on the coastline. They have their own character and beauty. They might not be right on the ocean, but they’re just as spectacular.”

But for now, he’s staying away. He said that judging by what he sees outside his apartment, life appears to be continuing just fine on the island. He sees people lined up for fast-food takeout or visiting a nearby bank, but he and the other contractors are “just staying put for the most part.” He goes for jogs and has been taking photos, and despite many travelers’ fantasy of life in a beach bar, he’s staying away from beer.

“You find appreciation for the things you kind of took for granted earlier,” he said. “You take it day by day. Trying to make a plan for even four days out, you know it’s all going to change. You can just take time to put things in perspective and not waste energy on things that aren’t positive.”