Florida defeated their first opponents of the 2020-2021 season in a game that was much closer than the final score would indicate. 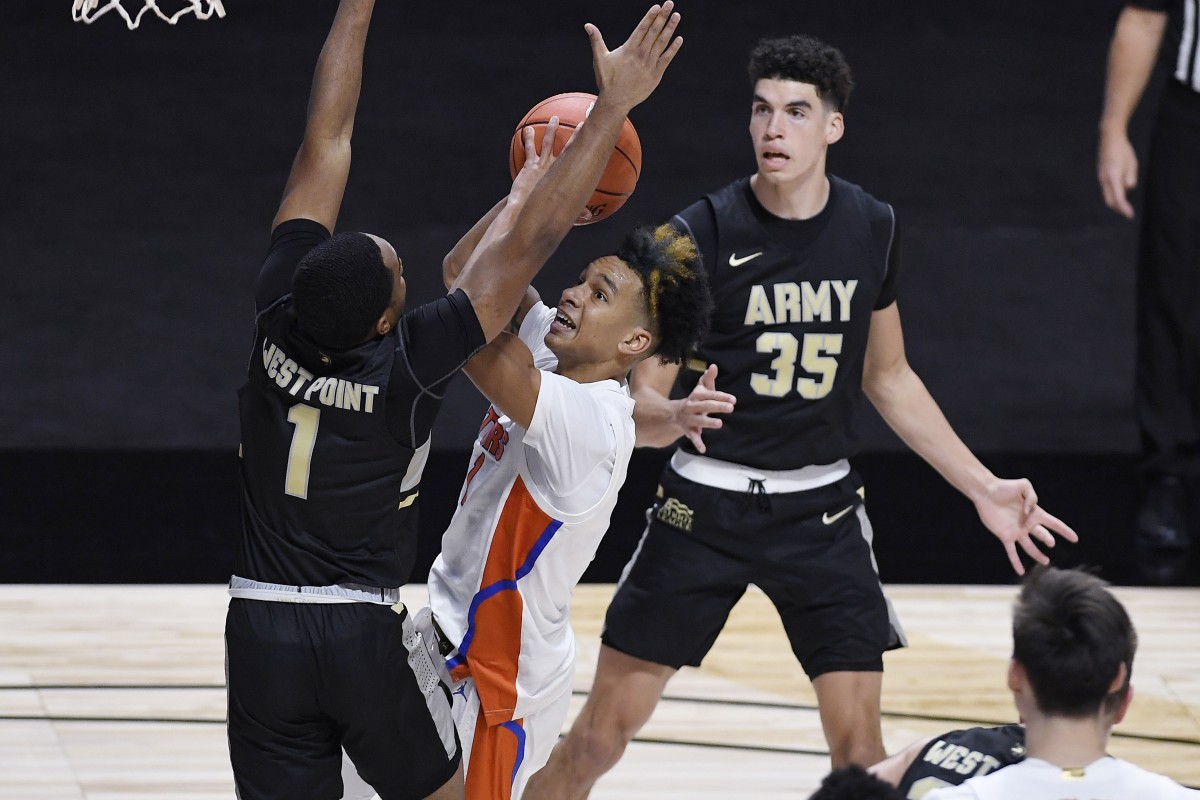 Wednesday afternoon, Florida came away from their first game of the 2020-2021 season with a win, defeating the Army Black Knights by a final score of 76-69. Although the Gators had a none-too-comfortable seven-point margin when game ended, it felt downright paunchy compared to the razor thin lead that the two sides traded a handful of times within the last minutes of the game.

The Gators’ most notable player on the afternoon was guard Tre Mann. He shot 46.2 percent from the field (including half of his 3-point attempts) and went 6-for-8 from the free-throw line, tallying to a career-high 19 points. Mann added six rebounds and four assists to his already packed stat sheet for a performance that was downright impressive from any angle.

Also making meaningful contributions to the Gators’ victorious outing were forward Keyontae Johnson and guard Tyree Appleby. It’s no surprise that Johnson played a major role — he led the team in scoring last season and is an early favorite to be the SEC player of the year. He’s never been the best 3-point shooter, and scored on only a third of his attempts from beyond the arc, but he is still a cornerstone of the Gators’ offense.

As a transfer who didn’t receive the start, Appleby’s contributions were less expected. However, if Florida is going to improve on last season’s 19-12 record, they’ll need to consistently see rotational players play well. Appleby took that step on Wednesday, providing 15 points thanks to his steady shooting from the field and capitalizing on his frequent free throw opportunities.

On the other side of the court, Army’s top scorer was Lonnie Grayson. The small guard took over a starting role for the Black Knights in 2019 and looks to reprieve his role this season as well. He notched 13 points for Army and hit both of his free throws. His shooting percentage from the field was not especially dazzling, but he hauled in eight rebounds and was crucial in his team’s effort to keep the game close.

Florida’s next game tomorrow will be the second of their two contests scheduled to take place at Mohegan Sun Arena during the Bubbleville event. They will take on the Boston College Eagles at 9:30 p.m. EST. The Eagles are three games deep into their schedule and will be looking to bounce back from a loss to St. John’s on Monday.