Both Jaz Shelley and Taylor Chavez represented an era that is now all gone with their entries into the transfer portal. 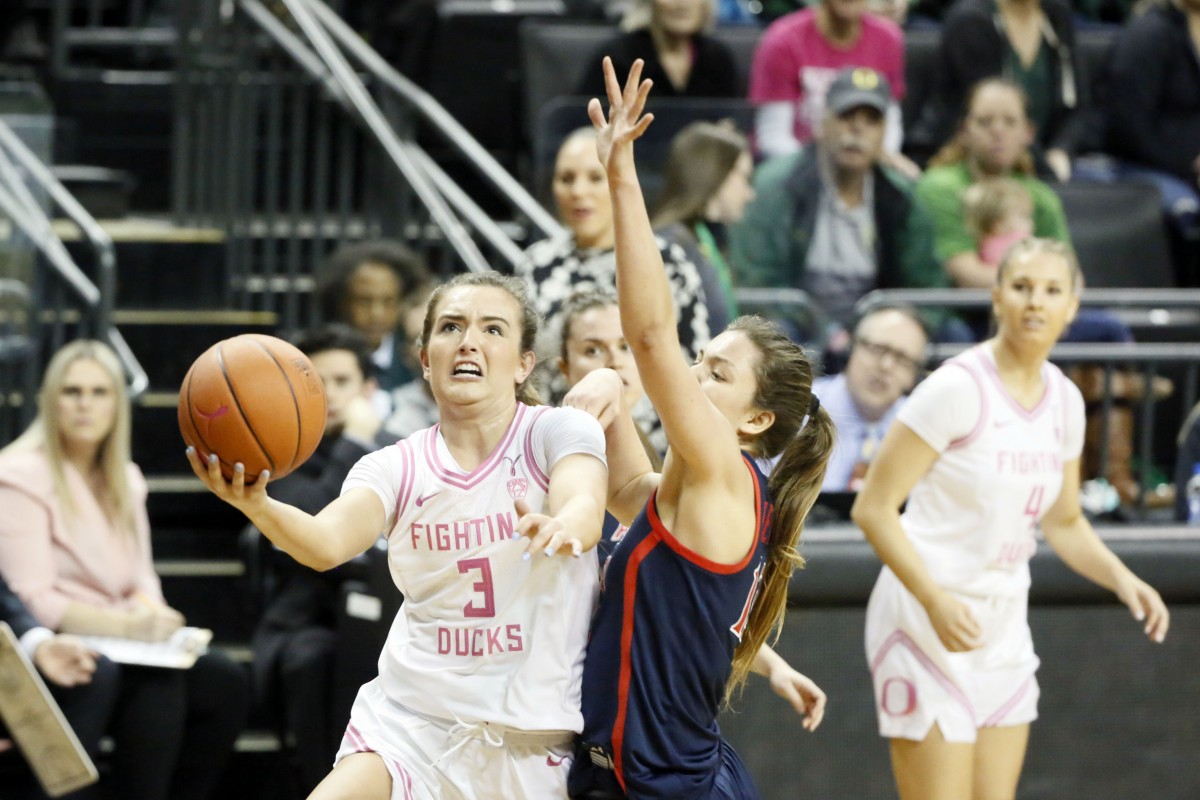 This year was quite different for the women’s basketball program in more ways than one, as everyone had to adjust to the COVID-19 pandemic and how it affected the way we watched sports.

But for the Oregon Ducks, not only did they have to play with the restrictions we all faced, they also had to figure out how to play without the trio of Sabrina Ionescu, Ruthy Hebard, and Satou Sabally. It took some time, but they eventually did figure it out, with it culminating in a second-round upset of third-seed Georgia in the NCAA tournament.

Now that the season is over, though, Oregon received the news that guards Taylor Chavez and Jaz Shelley are entering the transfer portal. Those two, plus seniors Erin Boley and Lydia Giomi, were the last reminders of days past. When the Ducks take the floor for the 2021-22 season, there won’t be one player on the roster who can say they played in a game with Sabrina and Company.

How different will Oregon women's basketball look next season? No player on the roster ever played in a college game with Sabrina, Ruthy and Satou and only Sedona Prince and Nyara Sabally even practiced with them.

Considering that the Ducks will only be one year removed from the program’s greatest team ever, it’s quite the splash of water in the face and a realization that those days are over.

While it’s a shock to the system, it’s not all that surprising that Chavez and Shelley are looking for greener pastures elsewhere. Playing time for both guards was dwindling as the season moved along, with freshmen Maddie Scherr and Sydney Parrish jumping into the rotation before those two.

Despite the lack of playing time, Chavez and Shelley proved time and time again they can absolutely shoot the ball and they’ll help another team win a lot of games. Shelley still owns the Oregon record for making 10 threes in a game when she torched UC Riverside for 32 points Dec. 19, 2019.

The next era of the women’s program is going to look a lot different. With 6-foot-7 Sedona Prince and 6-foot-5 Nyara Sabally finally able to be healthy and injury-free, coach Kelly Graves managed to add 5-star guard/forward Taylor Bigby and 6-foot-8 Phillipina Kyei, who will be the tallest player in Oregon history when she arrives. Pair those two up with the No. 1 recruiting class from last season, one can see why Graves is excited about the future.

Oregon won’t have to rely on set shooters hovering around the three-point line anymore. The Ducks will be able to cram the ball in the middle for easy shots and when the defense sags in, that’s when those open threes for the guards will present themselves.