ESPN came up with a re-seeding of the 32 teams remaining in the tournament and also ranked them in sequential order. Here’s where UF stands. 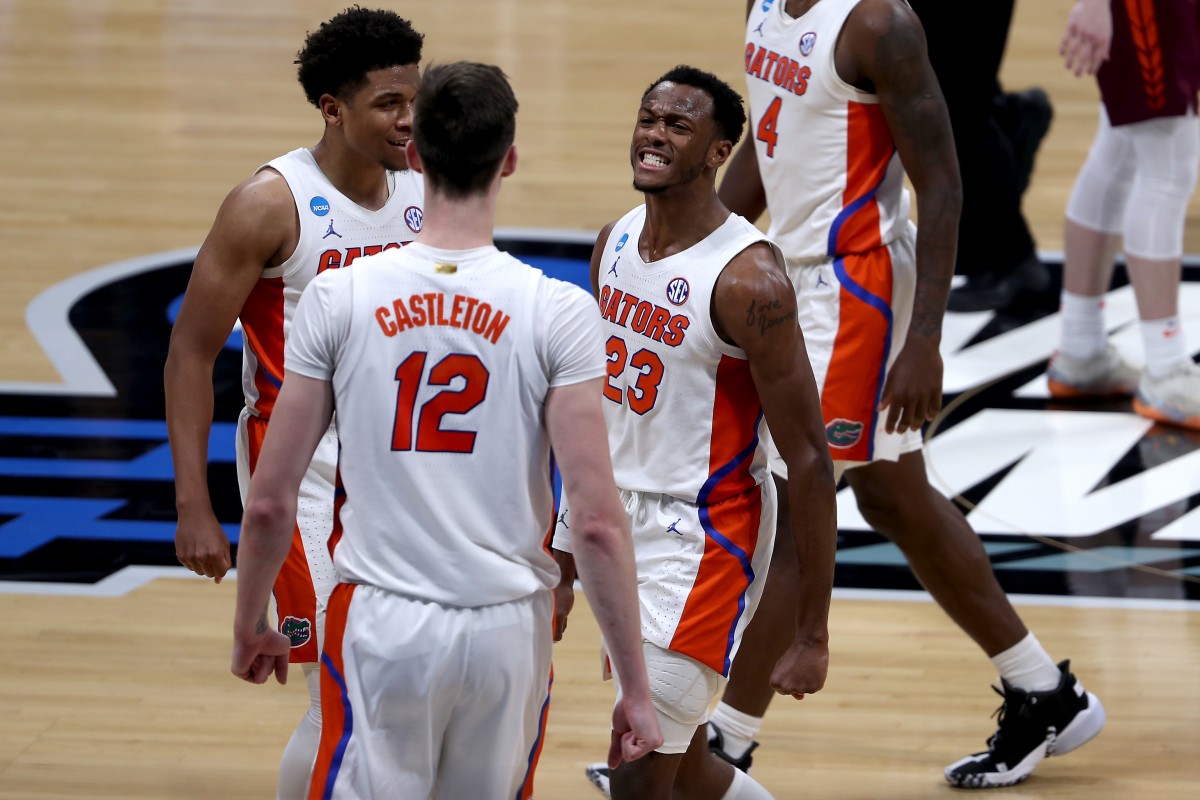 The No. 7 seed Florida Gators punched their ticket to the 2021 NCAA Tournament’s second round on Friday with a win over the No. 10 seed Virginia Tech Hokies in a tightly matched game that took overtime to determine the winner. It was expected to be a close game and UF showed it had the guts to outlast its formidable opponent.

Not everyone was terribly impressed with the win, but when it comes to the Big Dance, every victory is a big victory. Of course, nobody is picking the Gators to win it all after their triumph over a lesser-seeded team, but there is certainly reason to have some confidence in Mike White’s squad.

ESPN’s Myron Metcalf did some dirty work and came up with a re-seeding of the 32 teams remaining in the tournament, while also ranking them in sequential order as well. His outlook for Florida is pretty much what one would expect, with the new seed basically adjusting for the teams knocked out above them. Here is what Metcalf had to say about the Gators.

The Gators didn’t have to prove their resilience. Reaching the NCAA tournament after losing top scorer Keyontae Johnson in December showcased their tenacity. But now they’re aiming to prove they’re a contender. In their 75-70 win over Virginia Tech in the opening round, 6-foot-11 junior Colin Castleton finished with 19 points, 14 rebounds and three blocks. His growth has been a welcome development for Mike White’s club. Opposing teams have collected 35 percent of their missed shots when Castleton is on the bench and just 29 percent of their offensive rebound opportunities when he’s on the floor, per hooplens.com. Now Tre Mann and Co. will face an Oral Roberts squad that pulled off the biggest NCAA tournament upset since UMBC over Virginia three years ago.

Updated betting odds for Florida vs Oral Roberts NCAA Tournament Round 2, per BetMGM