Alexa Pano missed the playoff to qualify for the final round by a shot in 2019. It was one of her rare setbacks in golf. 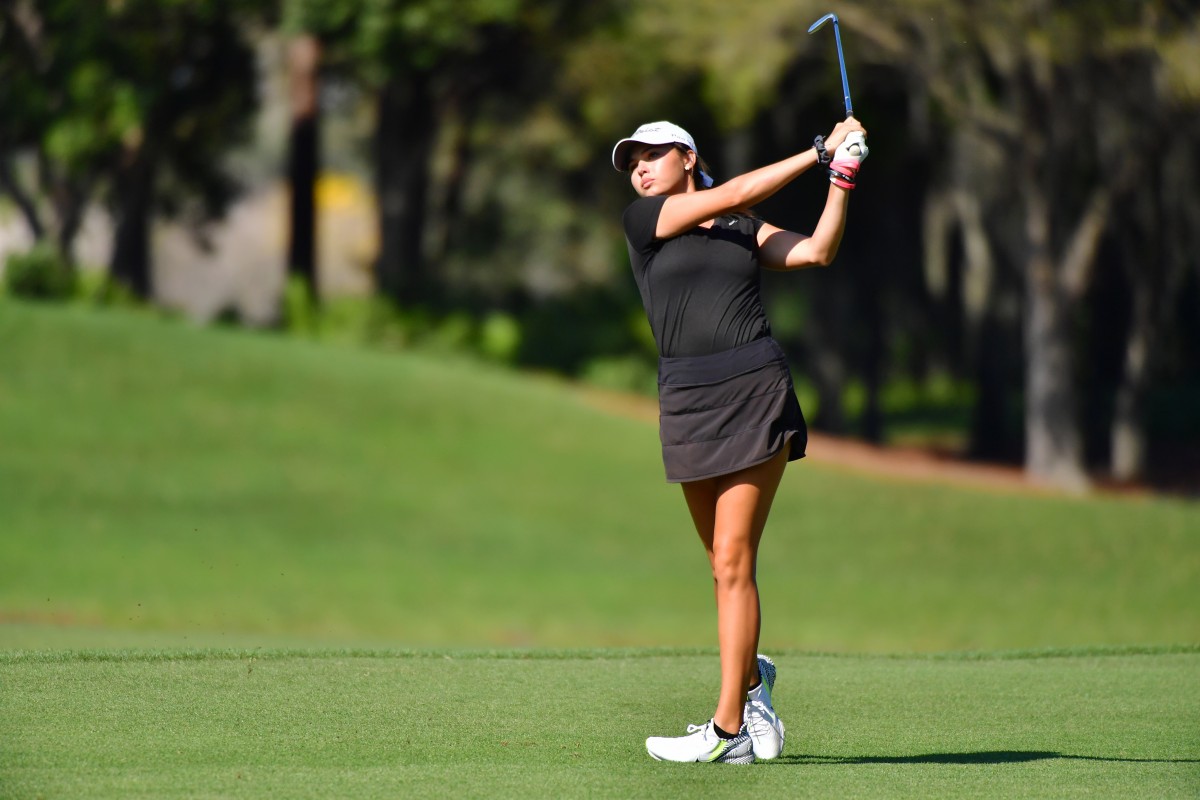 Since she was a kid, Alexa Pano always dreamed of playing a tournament at Augusta National. She was bold enough to say it when the then-7 year-old was featured in the documentary movie, “The Short Game.”

Pano gets another opportunity to make that dream a reality on Wednesday when she plays in the first round of the Augusta National Women’s Amateur. The first 36 holes are at Champions Retreat with the field cut from 72 to 30 for Saturday’s final round at Augusta National, site of next week’s Masters.

“It was very disappointing and really hard to go out and watch my friends because I obviously wanted to be out there,” Pano said. “It definitely motivated me to get back into the tournament. I don’t want to just make the cut, but hopefully be playing near the end of Saturday.”

Pano is no longer a kid but at 16, she once again is the youngest player in the ANWA field. Imagine that.

Soon, she will no longer have that distinction. Time waits for no golfer.

“I was thinking about that today,” Pano said on Sunday night from Augusta about being the youngest. “I kind of feel a little older now even though I’m still really young.

“A lot of girls (in the field) are girls I grew up with and I’ve played against my whole life. Time flies. It’s surreal to think I’m going to be a senior next year.”

In high school, of course. Who knows what will happen after that? When asked about her college plans, she pointed out “we’re living in a crazy time” and she’s focused on “taking things day by day.”

It’s crazy to think it’s been more than a year since Pano won her last tournament. She started 2020 with a second at the Sally and a victory at the Doherty Amateur in Fort Lauderdale.

But after COVID-19 shut down amateur golf for more than three months, Pano wasn’t the same player afterward. She has had just one top-10 finish in her last 11 starts.

“Obviously, I struggled a bit coming off the break,” Pano said. “I’m the type of player who gets into a rhythm – it’s not much for me to play a ton of weeks in a row. The last year hasn’t been normal for me, not having events to play in. At least things are starting to get back to normal.”

To be fair, Pano also has played in her share of LPGA Tour and Symetra Tour events against seasoned pros. And she has been going through some swing changes with her instructor, Chris O’Connell. (She works on her short game with Stuart’s Jerry Tucker.)

“I made a lot of fundamental changes, and there’s going to be a learning curve,” Pano said. “I’ve changed a lot the way I play. Hopefully, it works out for the best.”

Pano has had success at Augusta National, winning a pair of national Drive, Chip and Putt titles in three appearances. Who knows how many more times she’ll get to compete in the ANWA?

The clock may finally be ticking on Pano for the first time in her career.

“It would mean the world to me to make it to Saturday,” she said.