Oregon legends Justin Herbert and Marcus Mariota each picked up an NFL victory, but their performances were quite a bit different in Week 4. 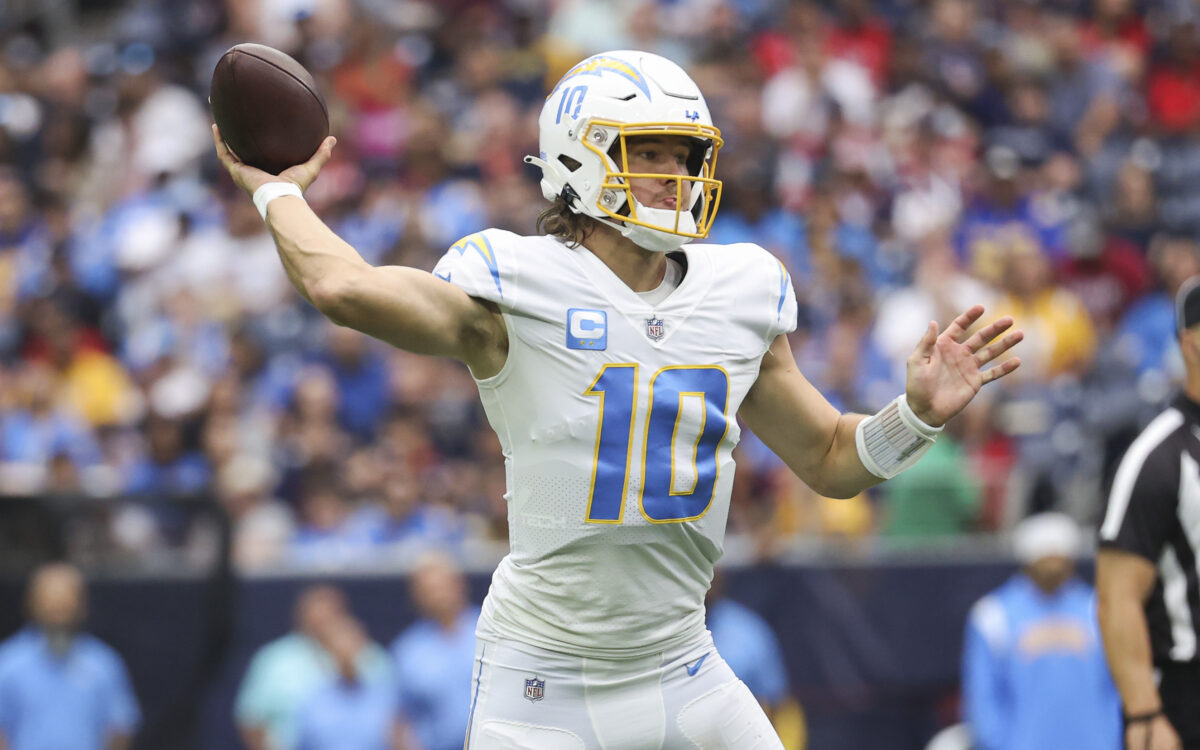 The Oregon Ducks have two starting NFL quarterbacks week in and week out, a testament to the strength of the program over the last decade.

Week 4 saw those two quarterbacks each pick up a win, although the two performances varied wildly in individual success.

Justin Herbert led the Chargers to victory by throwing for 340 yards and a pair of touchdowns, while Marcus Mariota only completed seven passes, while throwing an interception and only rushing for three yards.

Each team is no doubt happy to pick up a victory, but it’s fair to wonder if Mariota will hold on to the starting job for the entire season in Atlanta.

Elsewhere, Kayvon Thibodeaux had a nice second game with New York, Penei Sewell helped Jared Goff and the Lions put up 45 points (but still lose) and Deommodore Lenoir picked up the first sack of his NFL career.

Here is a look at how every Oregon alumni performed during NFL Week 4 action:

Oregon Ducks legend Kayvon Thibodeaux made his NFL debut with the New York Giants, while Justin Herbert struggled in his return from injury. 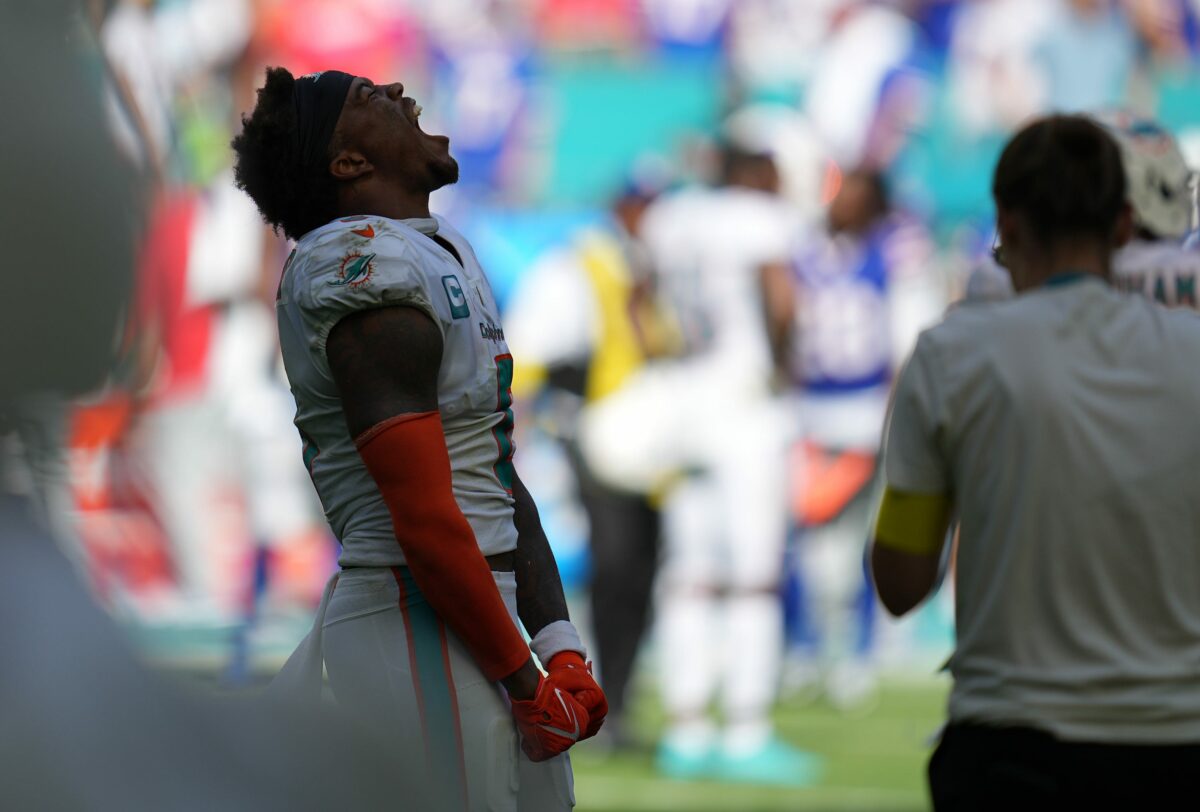 The third week of the NFL season is already in the rearview mirror, and a handful of Oregon Ducks had successful performances for their respective teams.

The biggest news was the debut of Kayvon Thibodeaux, the fifth overall selection in the 2022 NFL draft by the New York Giants. Thibodeaux recorded a tackle and a pass defended in his debut, and should see his production increase as he gets settled into his new digs at the pro level.

Justin Herbert returned from his rib injury with mixed results in Week 3, while the Chargers lost badly to the Jaguars.

Mitchell was making his Titans debut, having been plucked from the Patriots practice squad earlier in the week.

Here is a look at how every Oregon alumni performed in NFL Week 3 action:

The second week of NFL action came and went, and for fans of the Oregon Ducks the main story was the heroic effort of former quarterback Justin Herbert, who returned for the Chargers and played despite suffering injuries to his ribs that left him in obvious pain.

He is currently labeled as okay heading into Week 3, according to head coach Brandon Staley, and his return to the field garnered plenty of attention on social media.

Elsewhere around the league, Marcus Mariota threw the first two touchdowns of his Atlanta Falcons career – along with a pair of picks – while Justin Hollins recorded a sack for the Rams, Juwan Johnson hauled in four receptions for the Saints, and Penei Sewell had another excellent game up front for Detroit.

While we await the eventual debut of Giants rookie defensive end Kayvon Thibodeaux, here is a look at how every Oregon alumni performed during NFL Week 2 action: 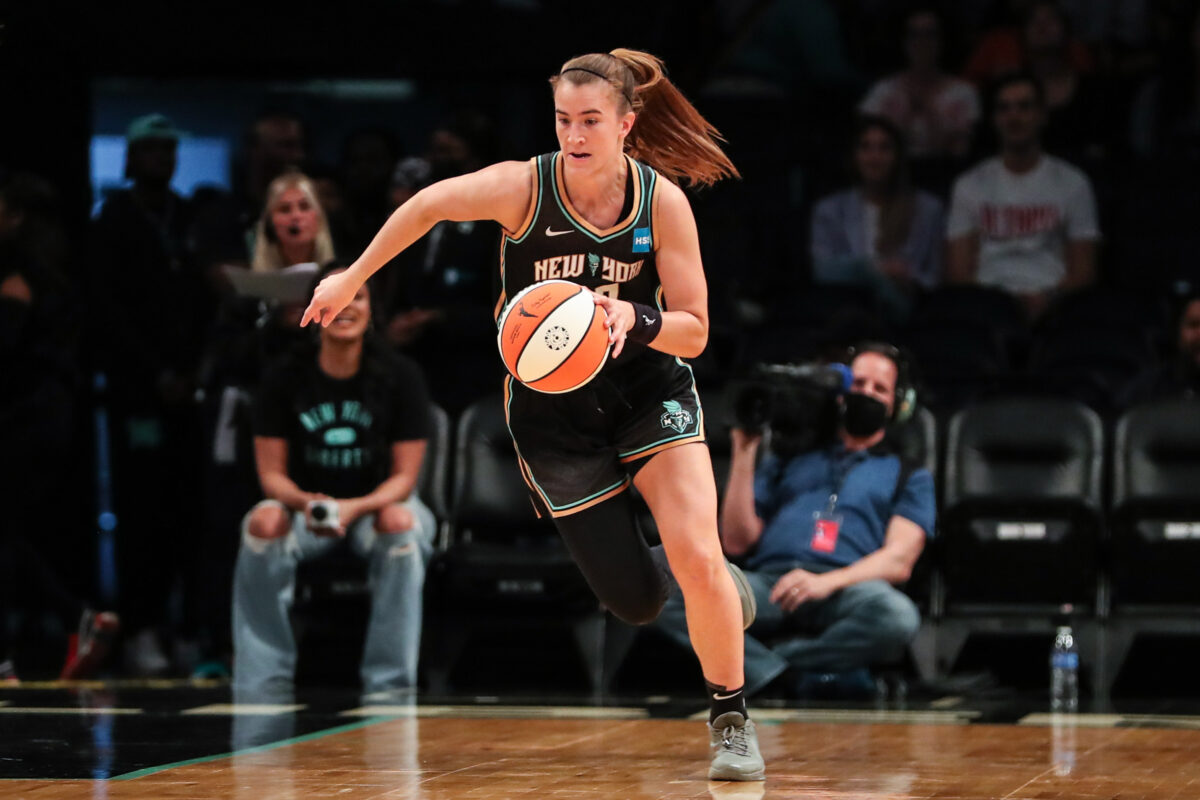 Former Oregon Ducks point guard Sabrina Ionescu was named to the All-WNBA Second Team on Thursday, minutes before Game 3 of the Finals between the Las Vegas Aces and Connecticut Sun.

Ionescu made her first All-Star Game appearance in 2022, winning the Skills Challenge alongside Zoe Brooks. She went on to win multiple WNBA Eastern Conference Player of the Week and Month awards, while finishing the season with averages of 17.4 points, 7.1 rebounds, and 6.3 assists.

She also led the Liberty to the playoffs and into a surprising Game 1 victory over the defending champion Chicago Sky, before they were ultimately eliminated.

Ionescu clearly has a very bright future in the WNBA, and if health permits she will get a chance to play alongside fellow Oregon alumni Nyara Sabally, who was drafted by New York this past year before missing the entire season with a knee injury.

Preliminary news seems to be positive for Justin Herbert after getting x-rays on Thursday night. 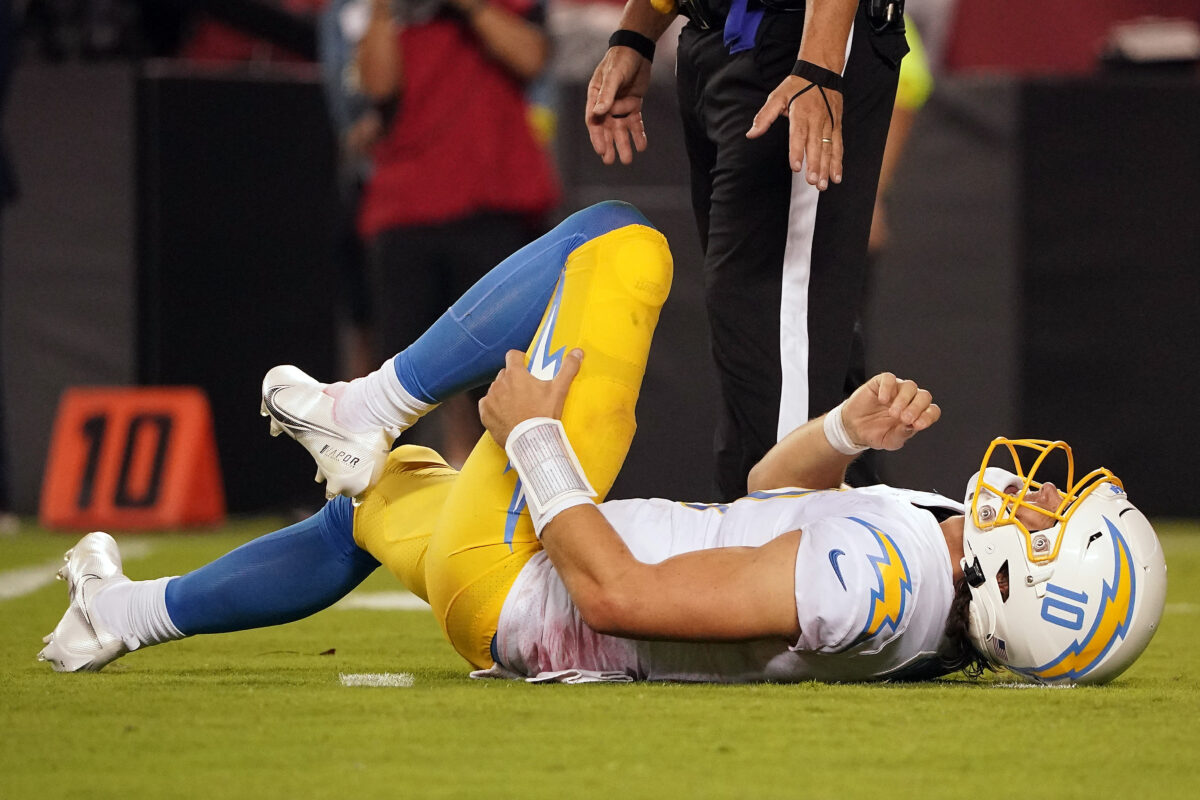 In the fourth quarter of the Los Angeles Chargers’ Thursday night game against the Kansas City Chiefs, Oregon legend Justin Herbert took a shot to his midsection, leaving him on the ground in pain.

He got up, got off the field, and sat out for a single play while trainers gave him an initial assessment. He came back in the game, but was clearly in pain.

After the game, Los Angeles head coach Brandon Staley said he believed Herbert will be OK going forward and disclosed the quarterback had undergone X-rays. Staley, however, did not reveal the results of the X-rays.

During the final drive of the game, Herbert was in so much pain he threw the ball away instead of taking a wide-open running lane that would have produced a first down. However, on the very next play, he delivered a strike to DeAndre Carter to put LA in scoring range.

The Chargers scored, setting the stage for an onside kick attempt. The Chiefs bobbled the recovery, but ended up on the ball and ran out the clock. 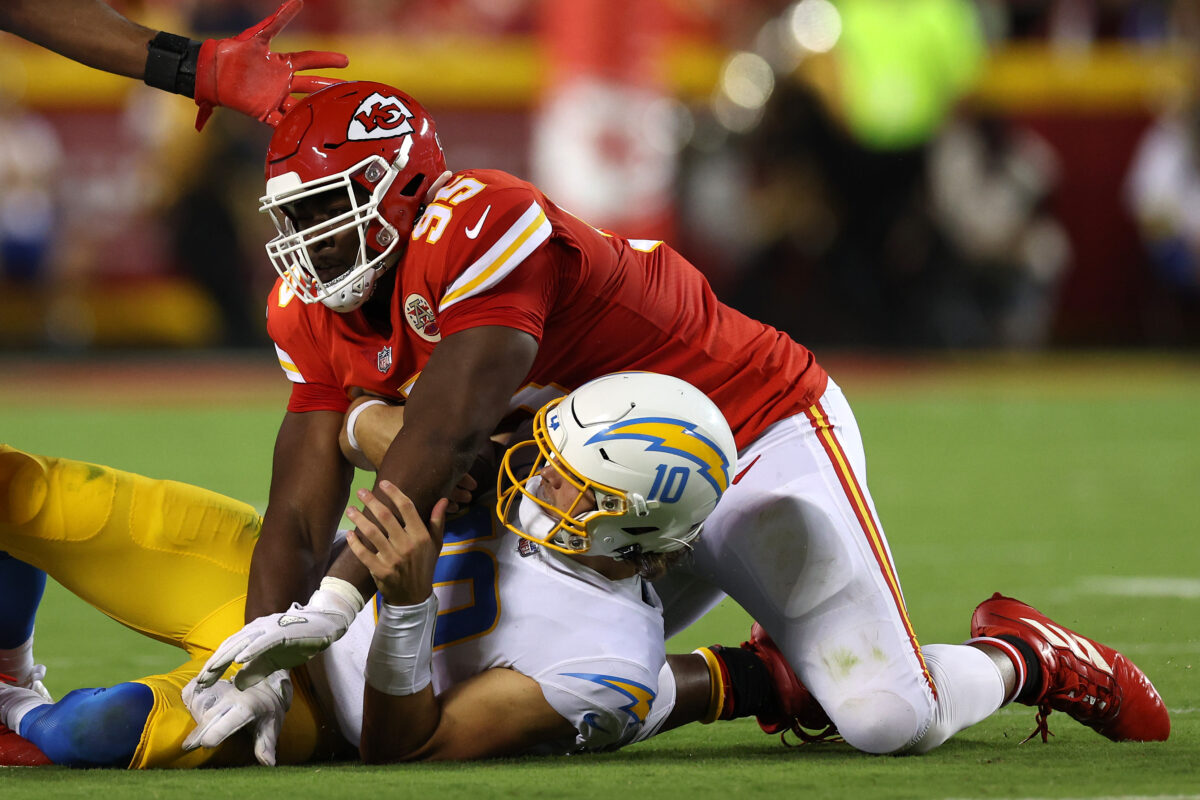 The game certainly didn’t end how Justin Herbert and the Los Angeles Chargers were hoping that it would, but the Oregon legend showed his moxie once again in the primetime contest.

In a 27-24 loss, Herbert threw for 334 yards and three touchdowns on 33-for-48 passing. Unfortunately, Herbert had an interception that was arguably the play of the game. He was picked off on the 1-yard line, which KC returned 99 yards for a touchdown.

Despite that, Herbert still had a chance to lead Los Angeles on a comeback. Trailing by 10 points in the fourth quarter and with a rib injury that was obviously bothering him, Herbert led a drive downfield that got the Chargers back into the game, down by 3 with just about a minute remaining.

The onside kick went to the Chiefs, and that was that.

Like I said earlier, it wasn’t the result that Herbert was looking for. Still, Herbert did things, and made throws on Thursday night that wowed the social media world. Here are some of the best reactions from the night: 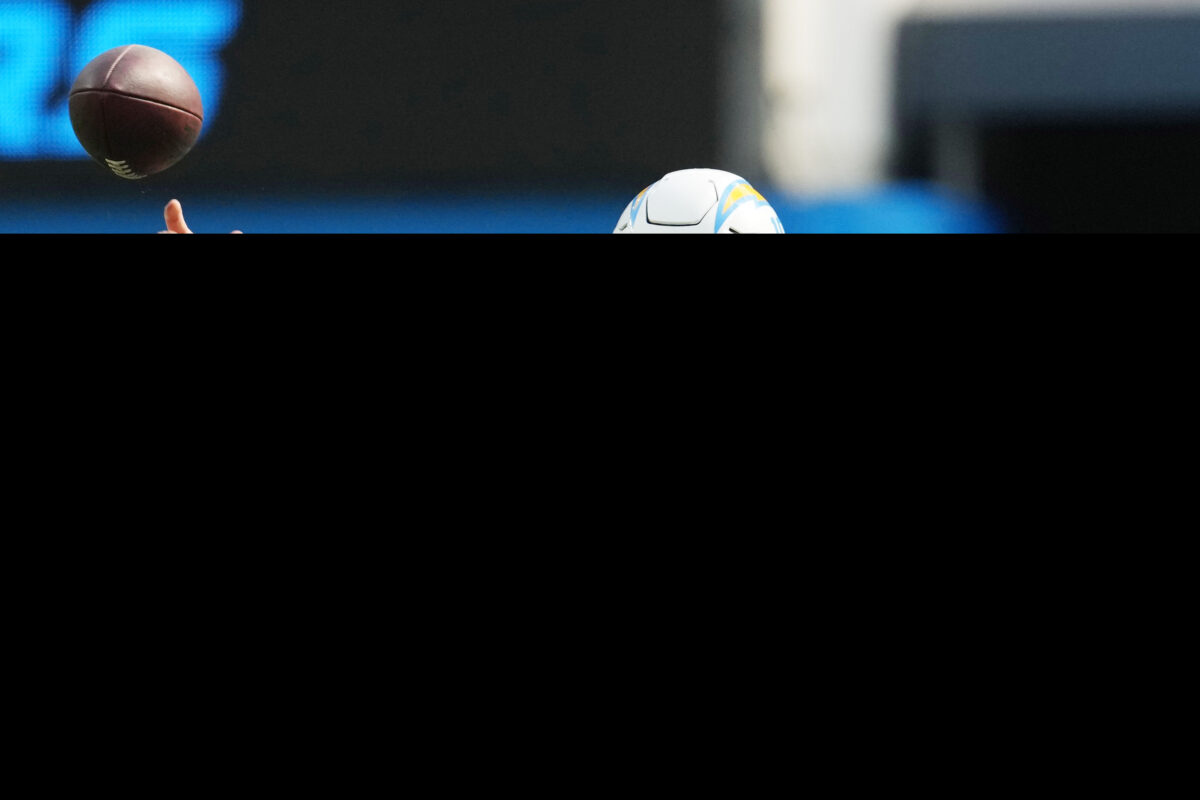 While Oregon Ducks fans weren’t able to see any of the team’s new rookies, notably Kayvon Thibodeaux, debut in the NFL over the weekend – there were still a lot of excellent performances from players who used to don the green and yellow in Week 1.

Justin Herbert and Marcus Mariota each had successful season debuts under center for Los Angeles and Atlanta, respectively, while a pair of defensive backs (Troy Hill and Jevon Holland) secured interceptions in their first games of the year.

Meanwhile, Ugo Amadi and Johnny Mundt endeared themselves to their new teams quite well, while Jake Hanson stepped into a starting role for the Green Bay Packers, and Penei Sewell continued to dominate for the Detroit Lions.

All-in-all it was a successful first week for Oregon alumni, with more excitement to come once Thibodeaux makes his season debut.

Here is a full look at how every Oregon alumni performed in the NFL during Week 1:

The Oregon Ducks have multiple players in the NBA and WNBA represented in NBA 2K23, which launched on Friday. Here is how they are rated. 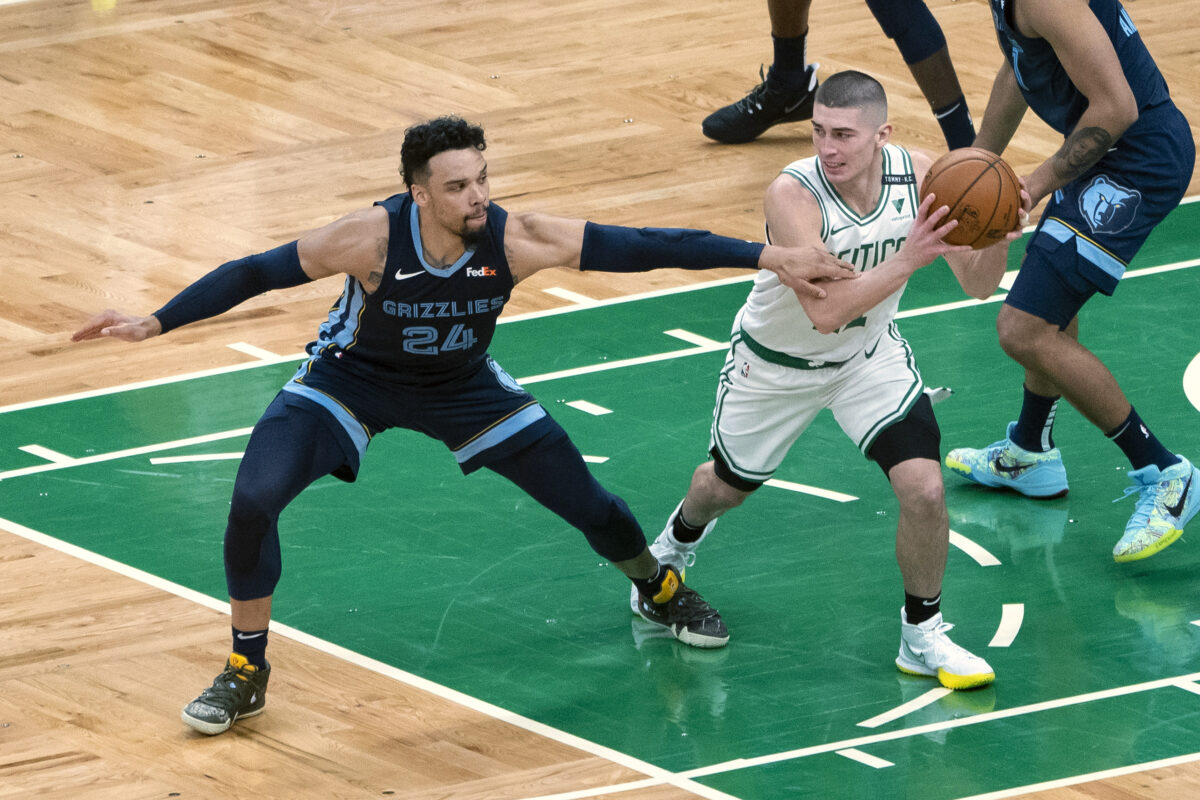 The ever popular NBA 2K video game series came out with the latest version, NBA 2K23, on Friday.

As with the Madden series on the NFL side, the release of a new video game makes the rounds on social media every single year as fans, media members, and even players themselves discuss their overall ratings and the ratings of each team.

For Oregon fans, it’s a great chance to see how former players are assessed as NBA talent, with about six weeks until the actual NBA season is set to begin.

This year’s game also features WNBA talent as well, giving fans a chance to play with Sabrina Ionescu, Satou Sabally, and Ruthy Hebard as well as Oregon’s many NBA players.

Here is a look at how each Oregon alumni in the NBA and WNBA is rated on NBA 2K launch day. These ratings get updated as the season goes on, so strong (or weak) performances will see the ratings updated accordingly.

Former Oregon Ducks star guard Sabrina Ionescu is in Las Vegas for Team USA training camp ahead of the 2024 Olympic games in Paris. 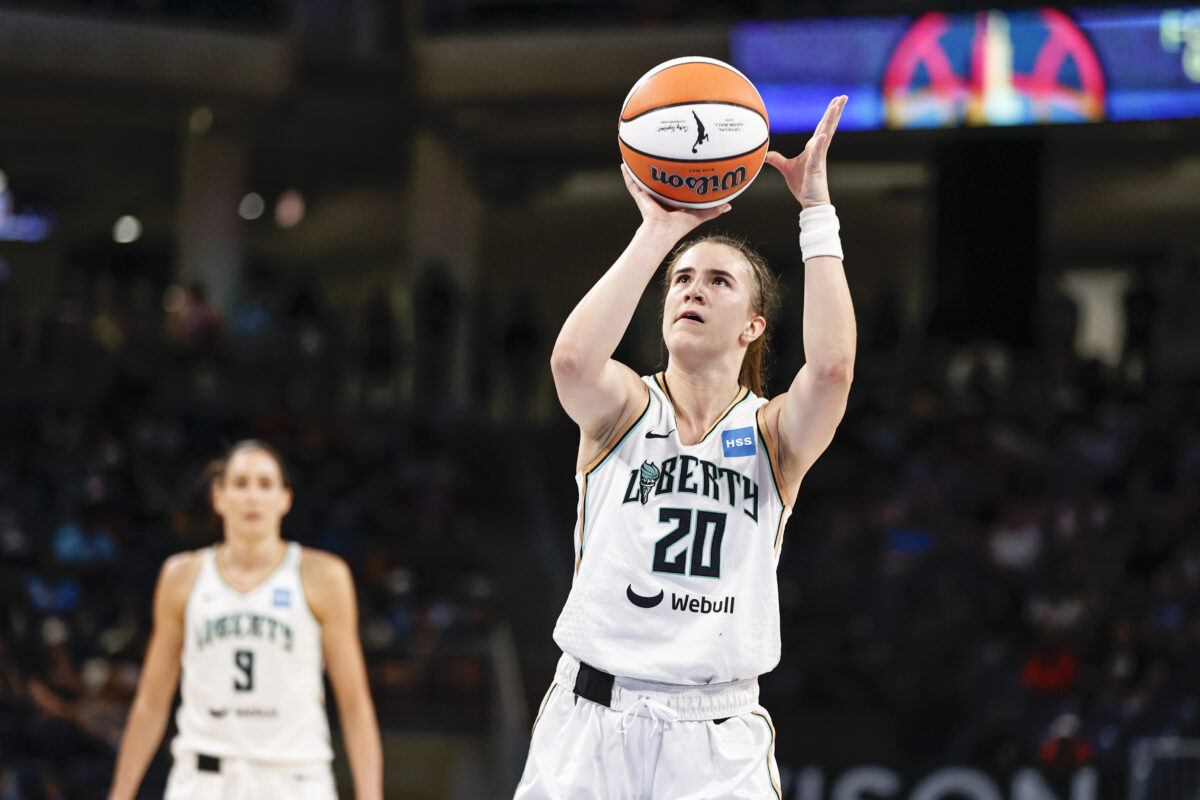 The WNBA playoffs are still in full swing, with the Las Vegas Aces, Seattle Storm, Chicago Sky, and Connecticut Sun all battling to be this year’s champion.

For many of the WNBA’s best stars who are already eliminated from playoff contention, however, a stop in Las Vegas to report to USA Basketball training camp is next on the agenda.

Ionescu is reporting to camp alongside Diamond DeShields, Natasha Howard, Rhyne Howard, and NaLyssa Smith, among others.

Ionescu had her most successful full WNBA season in 2022, making her first All-Star Game and averaging 17.4 points, 7.1 rebounds, and 6.3 assists while leading the Liberty into the playoffs.

While some of the players still participating in the playoffs will ultimately end up participating in the Olympics in 2024, Ionescu’s selection at this time is a promising sign she will get a chance to help lead Team USA toward an Olympic Gold Medal in Paris in two years. 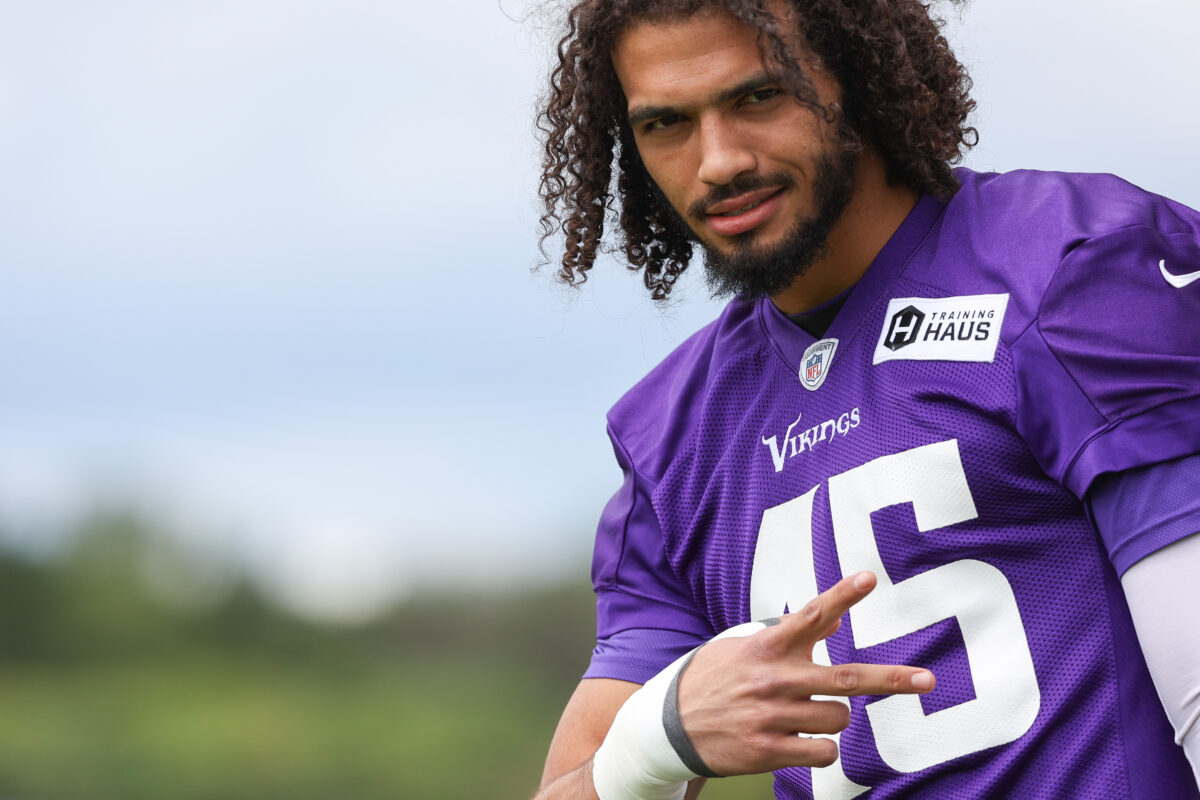 If you’re going to lose a bet, which would you rather have at stake — pride or money?

For a lot of sports fans, holding onto their money sounds like a great outcome, but when you put pride at stake, the end result can end up being pretty brutal.

That’s what happened for pro Duck Troy Dye this weekend. The Minnesota Vikings’ linebacker made a bet with one of his teammates, Lewis Cine, who went to Georgia. The loser had to wear the other team’s colors after the Oregon game on Saturday.

You can guess how that went for Dye …

At least Oregon fans can be proud they have a former player who pays up when he’s on the wrong end of a bet. If nothing else, there’s one positive to take away from this weekend.