What seemed like a cut and dry NCAA Tournament case for the Gators is now in question after two weeks out of action. 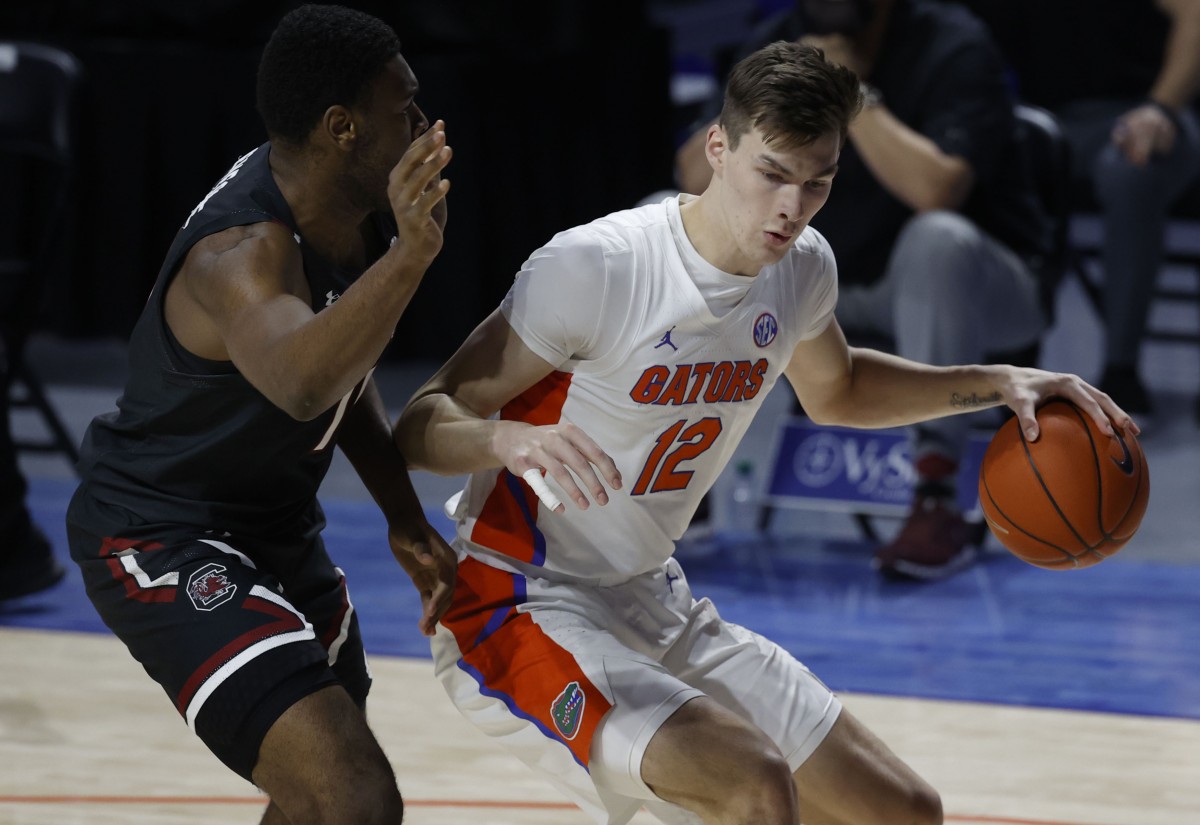 The Gators have been out of the action since a loss to South Carolina on Feb. 3, as their last three games were postponed due to COVID-19 exposure, though only the first two were due to issues within Florida’s program.

As a result, what seemed like a cut and dry NCAA Tournament case for the Gators is now a little bit more complicated. The loss to the Gamecocks ended a four-game winning streak that included Quadrant 1 wins over NET No. 11 Tennessee and No. 17 West Virginia.

During the win streak, UF was projected as high as the six-seed line. But with the Quadrant 3 loss to South Carolina and subsequent inaction, most bracket projections have the Gators closer to the eight-seed line, and consequently, closer to the bubble.

Florida is expected to return to the court on Tuesday night against Arkansas on the road. The Razorbacks rank No. 26 in the NET, and it’s always hard to win in Bud Walton Arena. That’s a Quadrant 1 game for UF right now, and it desperately needs to win it to get things back on track.

The Gators are 3-2 in Quadrant 1 games this season, and though the wins are impressive, it needs more. Two of the postponed games — road matchups with LSU and Tennessee — were Quadrant 1 games.

It’s unclear right now if those games will be rescheduled. For the purposes of the conference tournament, it would certainly throw a wrench into seeding if Florida played just 15 SEC games. But similarly, rescheduling three conference matchups could prove difficult.

If those games aren’t rescheduled, the Gators only have two remaining Quadrant 1 games on their schedule at the moment. Not only must UF win both of those in this hypothetical, but it can’t afford any more bad losses.

Florida has fared well in Quadrant 2 games at 4-1 on the season, but the 2-2 record in Quadrant 3 games (with losses against South Carolina and Kentucky) is the team’s limiting factor right now. Both losses came at home to teams with losing records, and the loss to the Wildcats was by 18 points.

UK is now 6-13 with essentially no shot at the tournament, and the Gamecocks are 5-9, dropping three straight at home since beating Florida.

This season of Gators basketball has been a bit of an emotional roller coaster. It’s had two extended sabbaticals and had to manage the loss of Keyontae Johnson. Strong play from returning players like Tre Mann, as well as the emergence of Colin Castleton, helped rescue this season from the brink.

For a while, this team felt like a fringe tournament team. But by the end of January, it looked like it could compete with some of the better teams in the nation. It has now suffered another setback, though, and coach Mike White will have to find a way to get the positive momentum back. That can start with a road win against Arkansas on Tuesday.