Chaisson was viewed as a raw player last season, but with a year under his belt, he’s one of the Jags’ most interesting players for 2021. 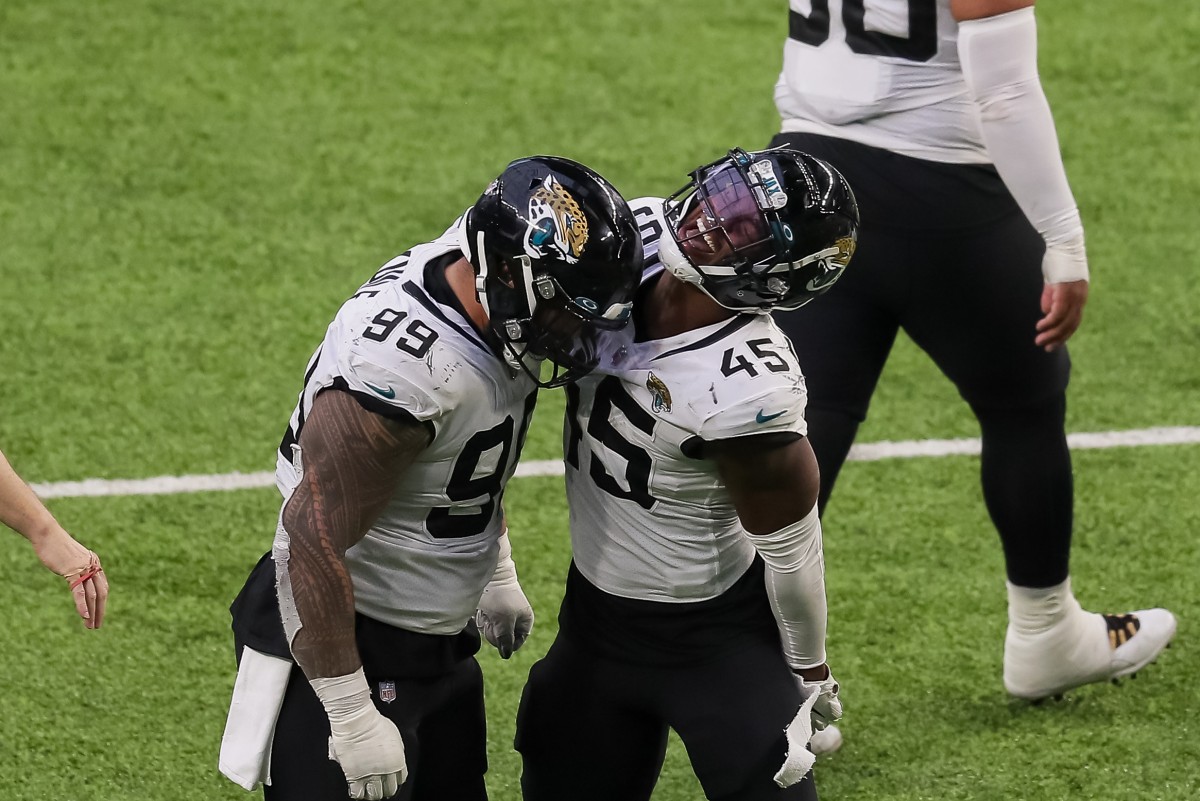 The Jacksonville Jaguars will undoubtedly be one of the youngest teams in football once they name their final 53-man roster. Of course, the main reason for that is because they’ve made a lot of draft selections in the past few years who should be a part of the team’s nucleus for years to come.

Among those players is one of last year’s first-round picks, K’Lavon Chaisson, who many pundits felt was a raw prospect. The Jags drafted him understanding the importance of getting to the quarterback and also understanding that they were going to lose Yannick Ngakoue.

Of course, with him being a pass-rusher he’s going to be a player the Jags need to show up big this year after struggling last year. But despite accumulating just 12 tackles and a sack, he started to figure out the art of pressuring quarterbacks late in the season, which is partly why Brad Gagnon of Bleacher Report named him the Jags’ most interesting project player.

Jacksonville Jaguars 2020 first-round pick K’Lavon Chaisson was quiet despite playing in all 16 games as a rookie.

The No. 20 overall selection out of LSU recorded one sack and nine quarterback hits on 568 snaps. And the Jags, who had 2019 first-rounder Josh Allen on the depth chart, retained solid and underrated veteran Dawuane Smoot as well as Adam Gotsis while bringing in vet Jihad Ward.

Chaisson might have to fight hard for reps as a sophomore.

The good news is he did appear to come on late in his rookie season, and the athletic and versatile former first-team All-SEC linebacker is still 21 years old. Even if he continues to come along slowly in Jacksonville, it’s too early to call him a bust and tough not to be excited about his potential.

While the Jags did add veterans, retained some, and drafted Jordan Smith to help rush the passer, it feels like they like Chaisson’s upside and have big plans for him. That’s especially the case when considering their new defense should fit his skill set more than 2020’s did under Todd Wash.

This past week, Jags defensive line coach Tosh Lupoi was one of the assistants who spoke on Chaisson, stating that he emphasized fixing his weaknesses this offseason.

“With K’Lavon [Chaisson], just because of the medical mandate, that’s the only reason that he missed these last few days,” Lupoi said. “I think he’s done a great job. He’s had really good intent of recognizing where he needs to improve and attacking those tasks.

For example, how we’re rushing the passer, manipulating that in some ways. He applies that information in every drill we do together and then again to team [drills]. Setting edges, what we’re going to ask of him, some coverage opportunities for him, he’s had a strong showing in that.”

Chaisson, unfortunately, couldn’t add to his momentum during minicamp this week after being held out for testing positive for COVID-19. However, with training camp taking place in late July, he’ll have plenty of time to recover and show how he’s grown throughout the offseason.