A practice round at Augusta National has much of the ANWA field wishing time could slow down. 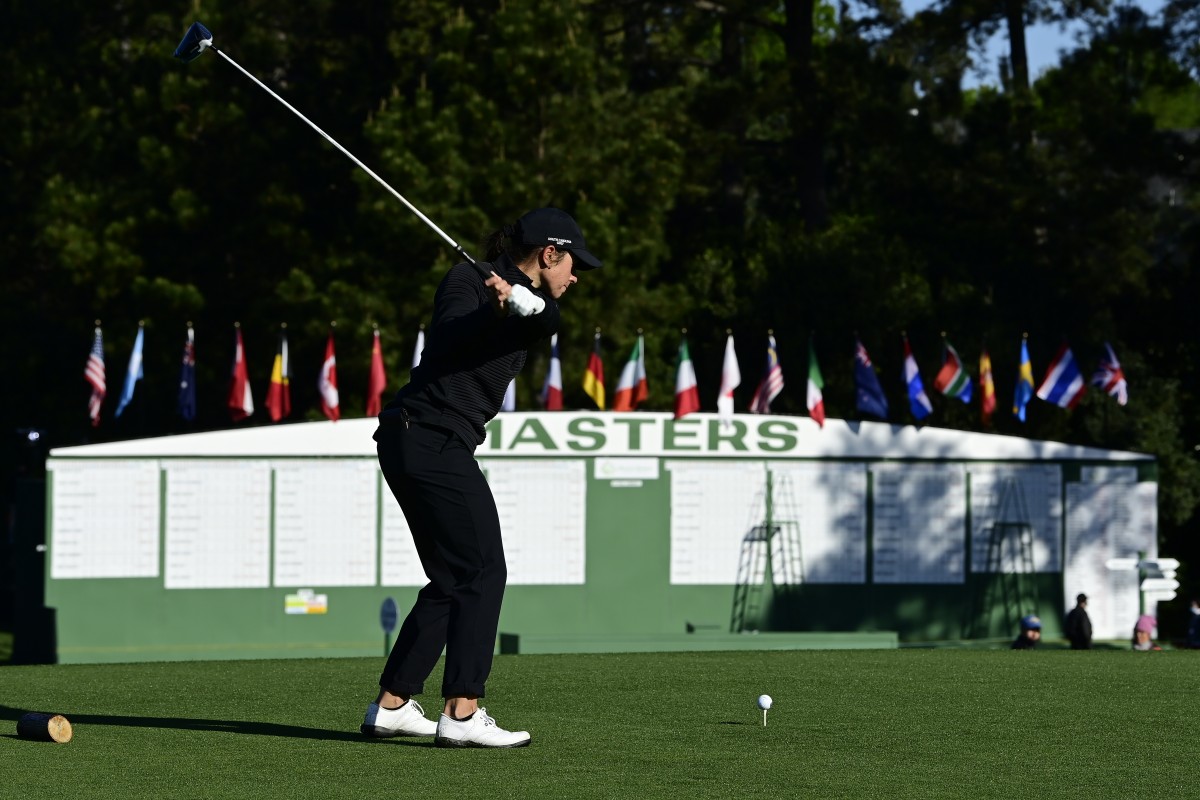 AUGUSTA, Georgia – Practice rounds at college events are so long and tedious that USC senior Amelia Garvey started an Instagram series called “The Garvs Show.” (Apparently there are logoed sweatshirts.) Friday’s practice round at Augusta National – which lasted over five hours – is perhaps the only practice round in all golf that goes by too fast.

Garvey missed the cut and won’t be playing in Saturday’s finale, but she wore a perma-grin throughout the round. There was no need for Instagram to keep things interesting. If there’s ever a time to be present and unplugged, it’s at Augusta National.

“I’m still at a loss for words,” said Abbey Carlson, a Vanderbilt graduate who took a job at Boeing on the Advanced Design and Prototype Solutions team last July.

“Everything here is perfect.”

Carlson struck a 7-iron to 2 feet on the 12th hole at Augusta National, a birdie she’ll never forget. Garvey was quite proud to play Amen Corner in 1 under. She shot even on the day with an eagle on the par-5 second hole.

“There were nerves the whole way ’round,” said Garvey, “just because of how hard the shots are.”

Rachel Heck, a Stanford freshman, trails by three heading into Saturday’s final round, but the ANWA rookie couldn’t help being wrapped up in the magic of the place.

“My little sister was carrying a camera and I just feel like every five minutes I was like ‘Anna, take a picture of this! Take a picture of this!’ ” said Heck. “It was a little bit hard to really focus on getting a feel for the course. But what’s most important, you know? I’m just going to soak it all in.”

Augusta National caddies toted the bags on Saturday and players eagerly soaked up every bit of advice. Heck’s father Robert caddied earlier in the week, but he’ll step aside on Saturday to let a local caddie guide his middle child around what could be the most important round of her young life.

“He caddied the first two rounds,” said Heck, “but it might jeopardize our father-daughter relationship if he was telling me where to putt on those greens. So we thought it was best to get someone who knows what they’re doing.”

Duke’s Gina Kim, a feel-oriented player who enjoyed the U-turns her ball took on the firm and fast greens, got a big kick out of trying to skip the ball over water on the 16th.

“I almost got it there,” said Kim, who sits two back. “I was pretty successful. It just hit the bank and kind of came back, but for a first-timer I thought it was pretty good.”

Kate Smith, the Nebraska senior who held an early three-shot lead over at Champions Retreat and missed the cut after a playoff, felt like she should’ve been sad after Thursday’s missed opportunity. But a big-picture perspective wouldn’t allow that to happen.

Friday’s practice round at Augusta quickly surpassed every other experience of Smith’s in this game. Her parents were there. Older brother Karter, who played college golf at Drake, got to walk inside the ropes because he caddied the first two days. On Amen Corner, the whole family went inside the ropes to take a photo together. Smith joked that it might be the family Christmas card for the foreseeable future.

“Obviously I didn’t bring home a trophy or do anything spectacular myself,” said Smith, “but I really think this experience isn’t about me as an individual. It’s more about the game of golf, and all of us being here as a whole. It definitely ranks at the top.”