Georgia 24 Cincinnati 21. 10 thoughts on the Georgia win over Cincinnati in the Chick-fil-A Peach Bowl. 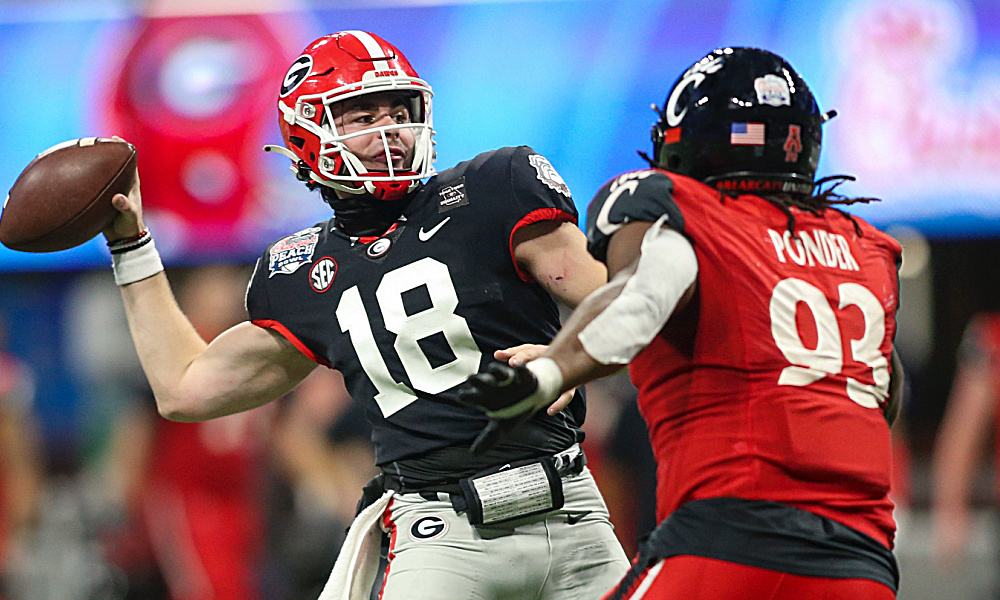 Georgia 24 Cincinnati 21. 10 thoughts on the Georgia win over Cincinnati in the Chick-fil-A Peach Bowl.

The whole “SEC team doesn’t care” narrative when it comes to bowl games outside of the College Football Playoff is misguided. Remember, the SEC is going to make up about 25% of the NFL Draft, like it always does.

Of course there are going to be more key players ready to move on to the next level – or at least thinking about it – and of course that makes a difference in a non-CFP bowl game.

Also, yeah, SEC teams that lose the conference championship game – those teams really do think College Football Playoff or bust – don’t play as well when their hearts get ripped out.

That wasn’t the case in this for Georgia, and while there were opt-outs, there weren’t enough to make a massive difference – at least compared to Florida’s issues vs. Oklahoma. Georgia cared, and Cincinnati was just that good.

9. Don’t read anything more into the performance by Cincinnati than what it was.

Again, though, don’t make too much more out of this than the 2021 Chick-fil-A Peach Bowl being a blast. Once you start trying to take it into something else, it’s all disappointing.

8. Not having Gerrid Doaks mattered.

The Cincinnati running game had one big 79-yard Jerome Ford touchdown run to open up the second half, and that was about it. QB Desmond Ridder couldn’t get free, and there weren’t any big runs outside of the Ford dash, especially in the second half.

Doaks was UC’s best back and leading rusher, and while Ford is more than fine, the team needed another option for the ground attack.

7. Not having James Cook didn’t matter, because …

The Cincinnati run defense was amazing. Georgia second-leading rusher James Cook didn’t play after the loss of his father a few days before, but that wasn’t the issue.

The Georgia offensive front couldn’t generate anything of a push, there were problems keeping JT Daniels from getting hit, and the Bulldogs only ran for 45 yards averaging fewer than two yards per carry. Georgia’s offense was all about …

NEXT: Top Six Thoughts From The Chick-fil-A Peach Bowl