Memphis College Football Preview 2022: Team breakdown, season prediction, keys to the campaign, and what you need to know 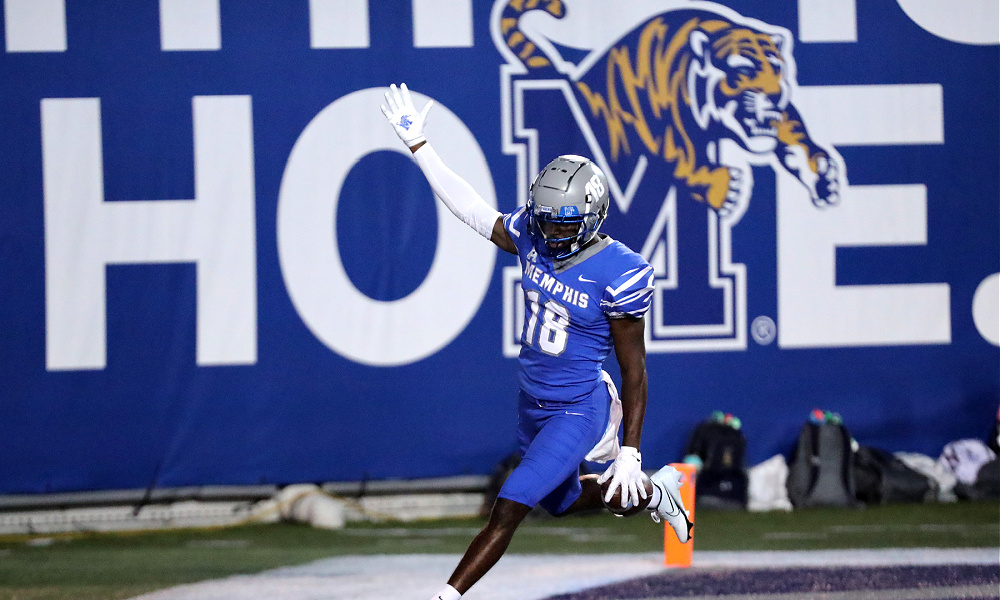 Memphis Tigers Preview 2022: Previewing, predicting, and looking ahead to the Memphis season with what you need to know and keys to the season.

It’s not like it wouldn’t have been nice to get the call.

Houston won an AAC title back in 2015, and that’s it. Memphis has won two of them. Houston is off to the Big 12, likely in 2023, and Memphis is still sticking around the old league even though it makes sense geographically, it’s a Tier 1 academic institution, has a decent media market, good enrollment, and …

It stinks, but now Memphis has to make the best of it by positioning itself as the star of the conference that’s going to soon effectively be a heavier version of Conference USA.

Last year’s team went 6-6 in the rebuild with four close losses that easily could’ve gone the other way. The 2022 version is full of veterans on offense, should be strong in the defensive backfield, and overall should be just a wee bit motivated.

The offense that made its living on home run hitting plays was able to get things going through the air, but the normally devastating running game didn’t go anywhere.

It finished 10th in the AAC even though the line was okay and the offense as a whole finished third in the conference. New offensive coordinator Tim Cramsey knows how to get a ground game going, and that means …

The backs need more work. Brandon Thomas ran well averaging close to six yards per carry with a team-high 669 yards and eight touchdowns as a freshman, and he’s not alone. The Tigers have plenty of good backs in the rotation, and they’re piling on with Jevyon Ducker coming in from Northern Illinois.

The O line doesn’t have a ton of stars, but it gets back three starters with the tackles set, Jacob Likes a veteran center, and with Ira Henry coming in from Florida State.

No one seemed to notices with all the Cincinnati drama, but Memphis QB Seth Henigan had a terrific freshman season throwing for over 3,300 yards and 25 touchdowns. He’s not going to run much, and he needs to be a bit more accurate, but he’ll push the ball down the field.

The receiving corps loses its two stars in Calvin Austin and TE Sean Dykes. The next three top targets are back – led by union Javon Ivory – and Joseph Scates is coming in from Iowa State.

Defense was a mere suggestion at Memphis for years, and it didn’t do enough last year, either. It wasn’t totally miserable, but it allowed over 418 yards and 29 points per game, the secondary got ripped up, and few defenses in America were worse on third downs.

It’s not up to former Ohio State assistant Matt Barnes to figure it all out. He loses a slew of key tacklers, but the secondary should be better if he can generate a pass rush.

The line goes back the five sacks of leading pass rusher Jaylon Allen, but this isn’t a deep group and it needs the bulk on the inside. It’s more about the quickness than the 300+ pound Coke machine inside, but that all has to translate into more plays behind the line.

The 123 stops of leading tackler JJ Russell are gone, but Xavier Cullens is back in the middle and getting Geoffrey Cantin-Arku from Syracuse on the outside helps.

The secondary needs its experience to translate into more production. There are tacklers – safety Quindell Johnson is going to be an All-AAC performer – but the big plays need to come from the corners. The DBs only generated seven interceptions.

Who are the top 10 Memphis players going into the 2022 college football season? 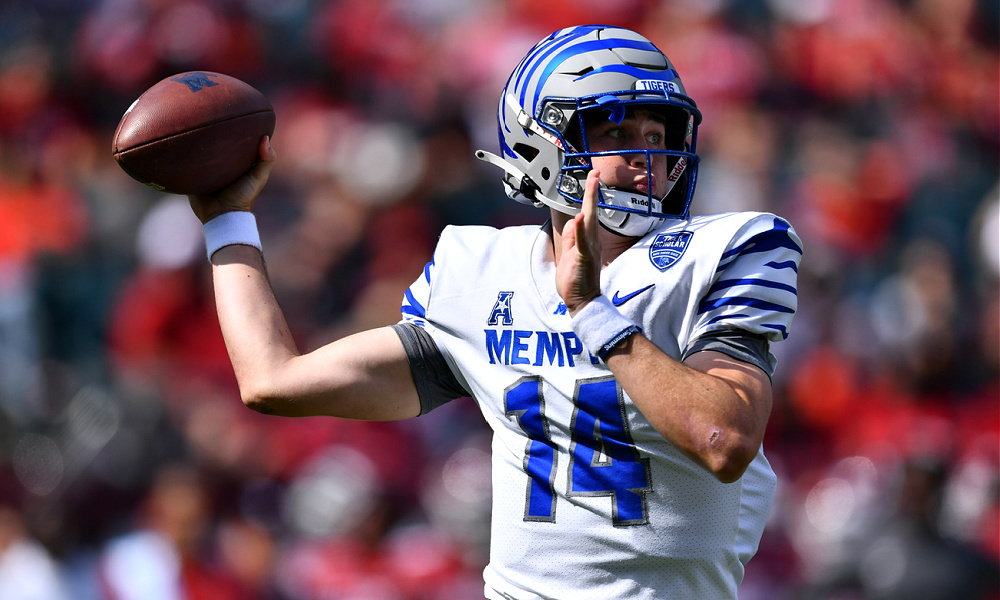 Memphis Tigers Preview 2022: Who are the top 10 players going into the season? 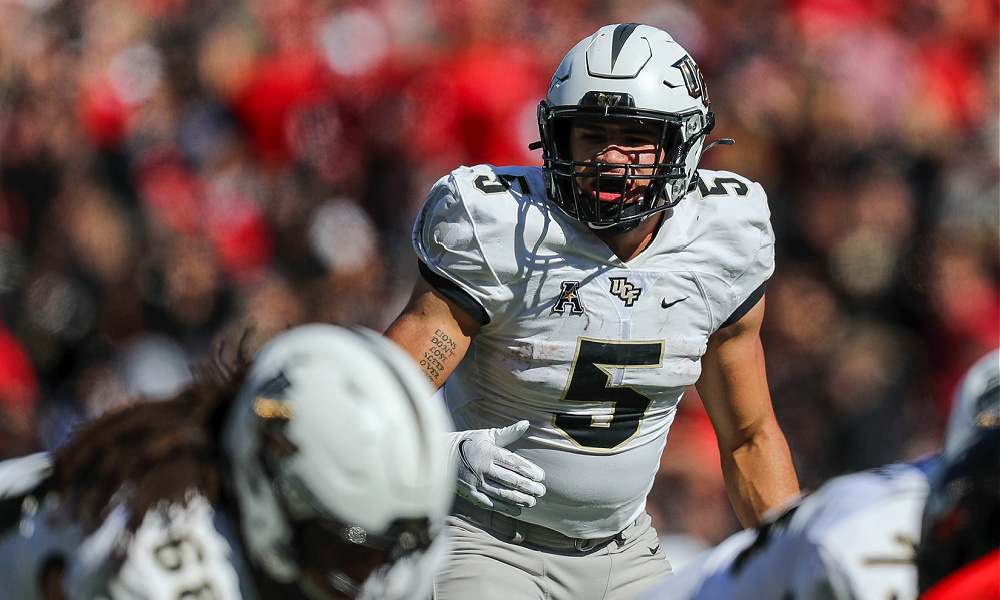 AAC college football rankings and predictions with the realistic best and worst case records and quick analysis – the 2022 spring version.

As we get into the specifics and all the research coming out of spring football, here’s a first-look spring version of the rankings and thoughts about every American Athletic Conference team.

Cincinnati, UCF, Houston. All three are good enough to be considered the top team in the league coming into 2022, but there’s improvement among several other teams who’ll put up a fight. 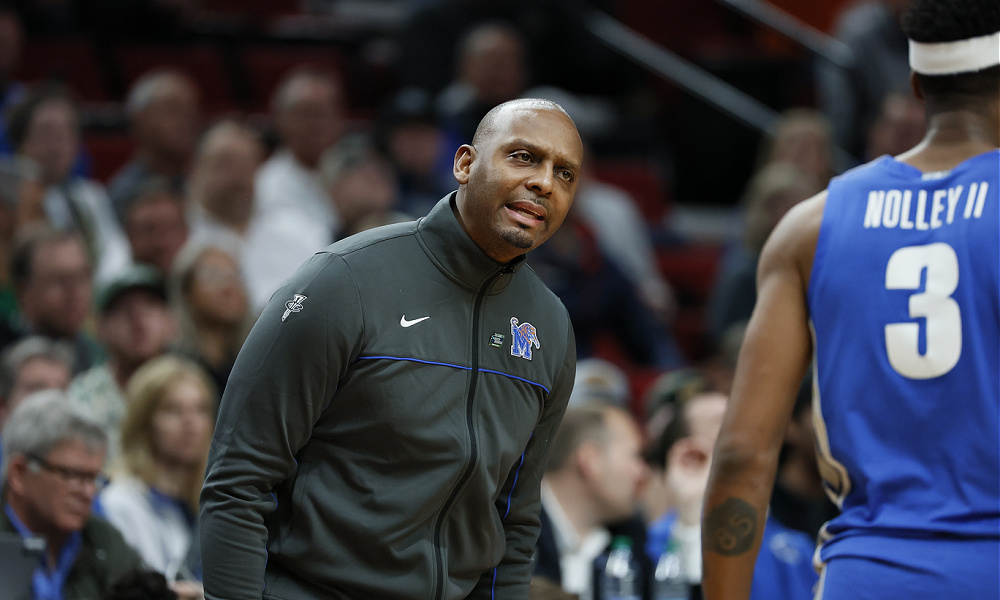 Gonzaga vs Memphis prediction, NCAA Tournament Second Round game preview, how to watch, lines, and why each team might – or might not – win on Saturday 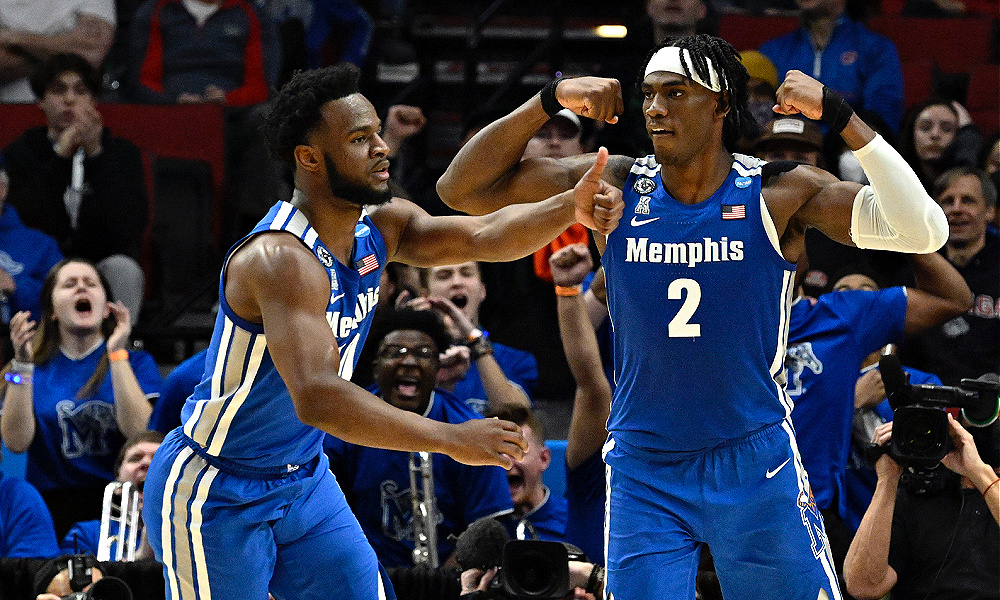 Gonzaga vs Memphis Game Preview, NCAA Tournament Second Round How To Watch 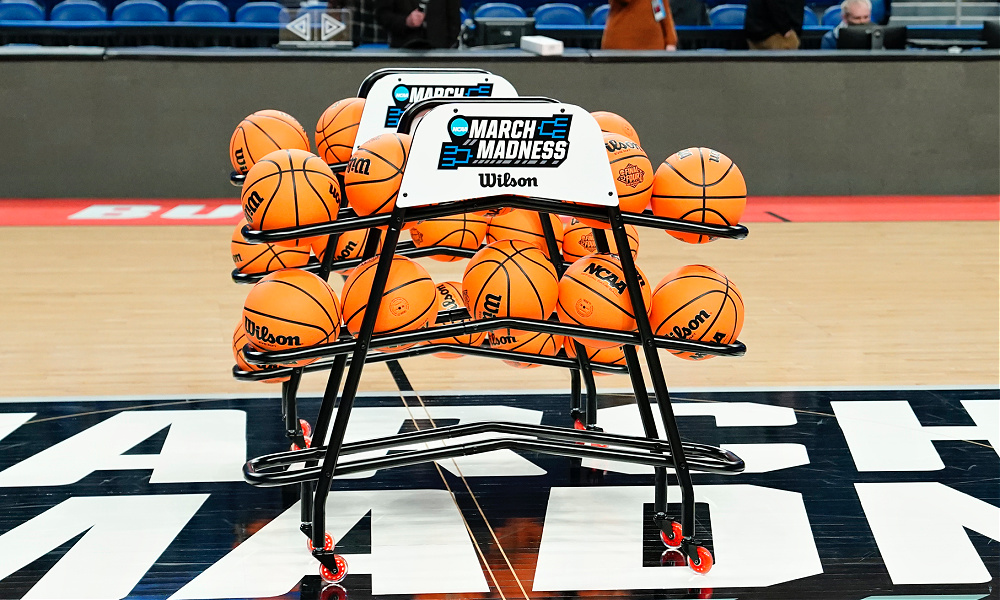 Memphis vs Boise State prediction, NCAA Tournament First Round game preview, how to watch, lines, and why each team might – or might not – win on Thursday 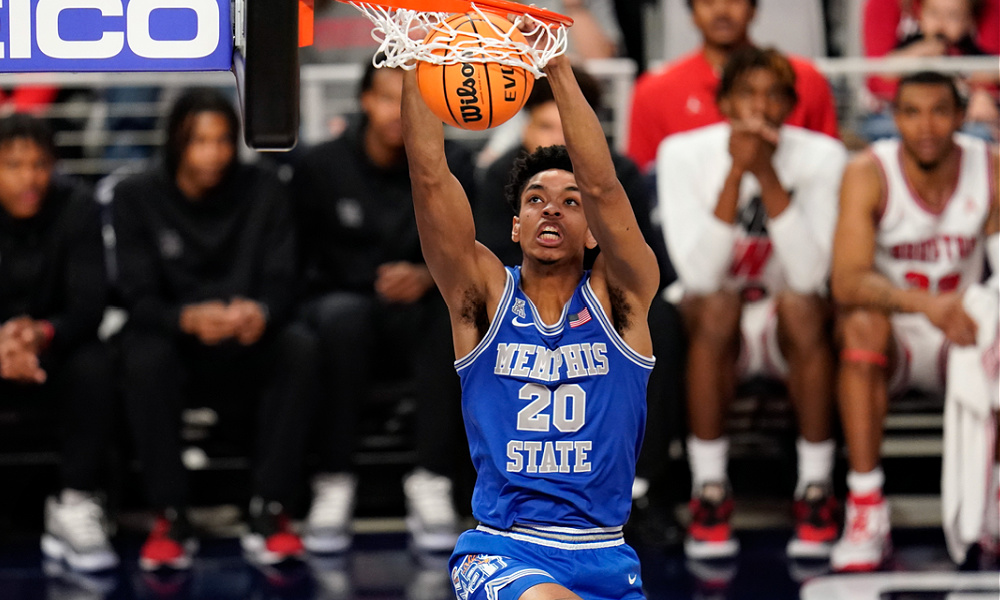 Memphis vs Boise State Game Preview, NCAA Tournament First Round How To Watch

Houston vs Memphis prediction, college basketball game preview, how to watch, lines, and why each team might – or might not – win on Sunday in the American Athletic Conference Championship. 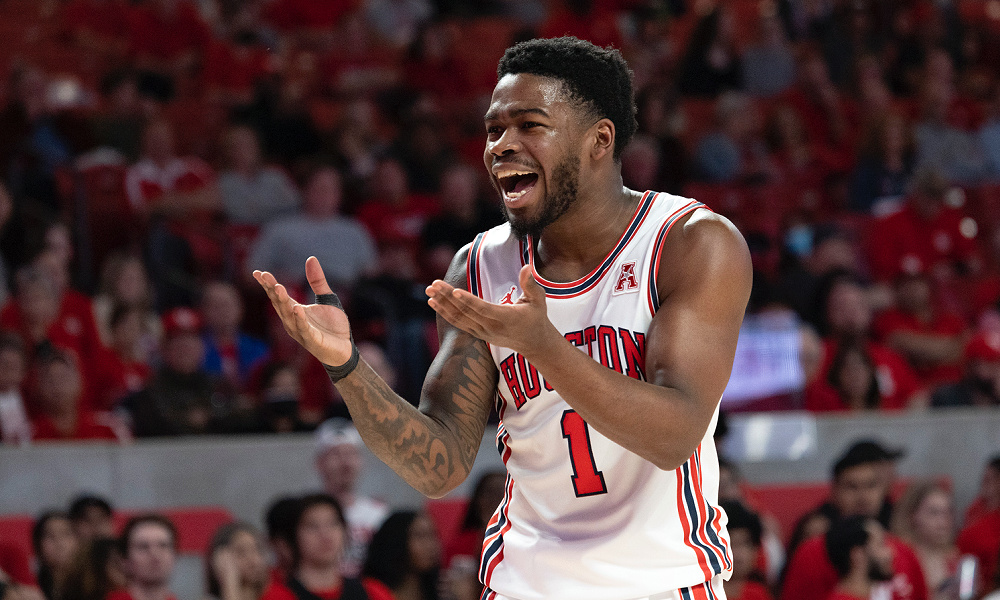 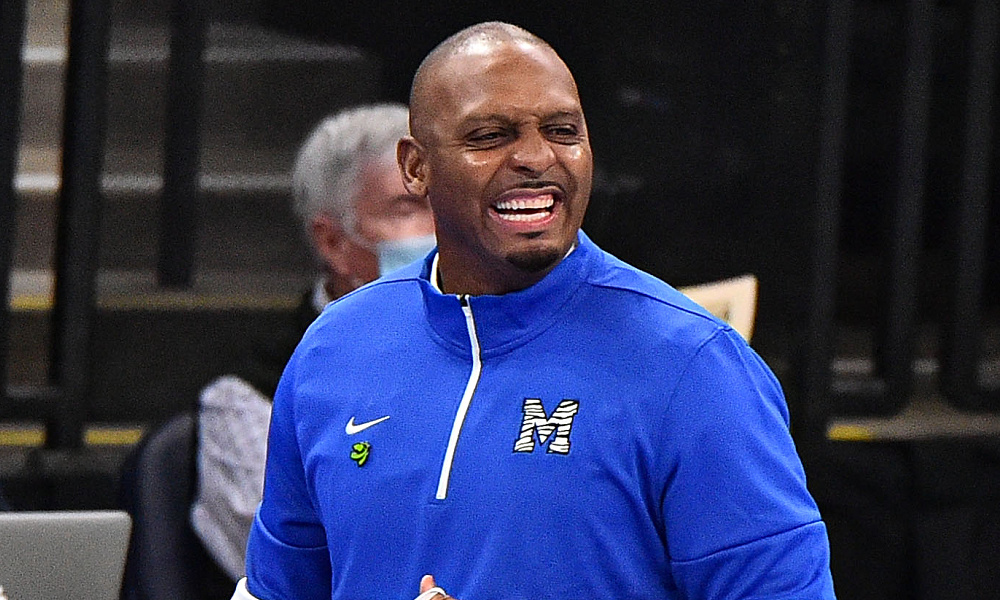 Houston vs Memphis How To Watch

Houston vs Memphis prediction, college basketball game preview, how to watch, lines, and why each team might – or might not – win on Saturday. 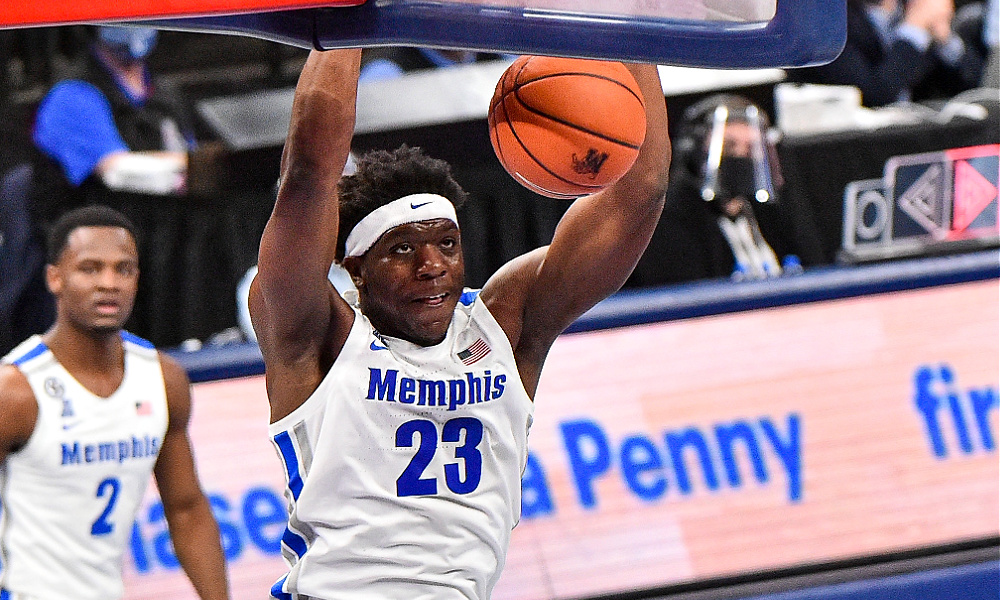 Houston vs Memphis How To Watch

Why Memphis Will Win

They’re not going to take a ton of threes, and they’re struggling from the free throw line, but they’re strong at moving the ball around and fantastic at forcing takeaways and coming up with a whole lot of easy points.

They’re not consistent from the field, but they can move and can hang punch for punch with Houston on the boards and should be able to keep up from the field.

While they’d like to make this more of a half court inside game and not deal with threes, they’ll play Houston’s game. But …

Why Houston Will Win

Houston might have lost in a slight stunner against SMU, but it’s still shooting the lights out.

Memphis might be great on the inside, and it can run when needed, but Houston is at a whole other level when it’s able to force turnovers and go on runs.

Get ready for a fired up team after sitting on that SMU loss, and …

Houston’s Achilles’ heel is on the free throw line. Memphis will be more than happy match the Cougars miss for miss.

Neither one can do much on the line, but Memphis gets a whole lot more attempts – it makes more volume free throws.

Houston fouls just enough to matter and Memphis will be able to keep this close into the second half, but again, the threes just won’t be there when needed.