The Gators (15-9), the seventh seed in the South Region, advanced to the second round for the eighth straight tournament with the win. 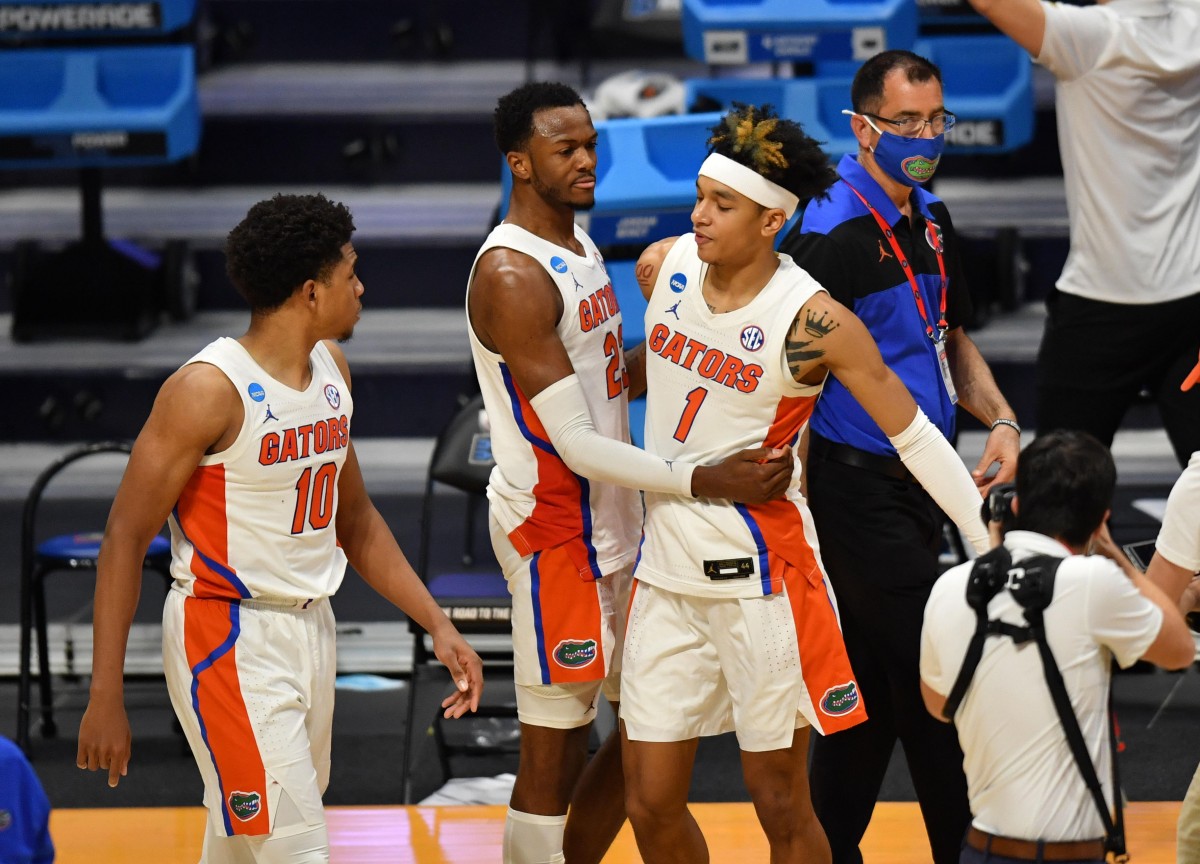 Editor’s note: This article was originally published by Field Level Media and has been republished in its entirety below.

Colin Castleton had 19 points and 14 rebounds to help the Florida Gators rally in regulation and later hang on for a 75-70 overtime victory over the Virginia Tech Hokies on Friday afternoon in the first round of the NCAA Tournament in Indianapolis, Ind.

The Gators (15-9), the seventh seed in the South Region, advanced to the second round for the eighth straight tournament.

Nahiem Alleyne scored a career-high 28 points to lead 10th-seeded Virginia Tech (15-7) and sent the game to overtime with a game-tying three-pointer with 1.4 seconds left in regulation.

But Tre Mann’s clutch triple with 22.9 seconds left in the extra period helped the Gators pull away for good. Scottie Lewis, who finished with 15 points and four assists off Florida’s bench, followed with a pair of free throws.

Mann’s streak of four consecutive games with 20 or more points was halted. He finished with 14 and four assists.

Alleyne missed a three-point attempt with 11 seconds left in regulation, which gave Florida a chance to seal the game at the foul line. But Anthony Duruji missed both free throws leaving the door open for Alleyne’s game-tying three-pointer at the other end. Florida’s inbound pass was knocked away by Justyn Mutts sending the game to overtime.

Gators guard Tyree Appleby suffered a cut on his forehead when Keve Aluma accidentally hit him with his elbow while attempting a cross court pass with 12:58 left in the second half. Appleby emerged from the locker room with his forehead bandaged with three minutes left in overtime but did not re-enter the game. The Gators went on a 19-9 run after his exit prompting their comeback.

Tyrece Radford posted his seventh consecutive game with at least 10 points as he finished with 18 points.

The Gators were already without forward Omar Payne, who sat out the game on coach Mike White’s decision according to CBS. Payne did not receive an NCAA suspension last week after he elbowed Tennessee forward John Fulkerson twice during their Southeastern Conference tournament quarterfinal.