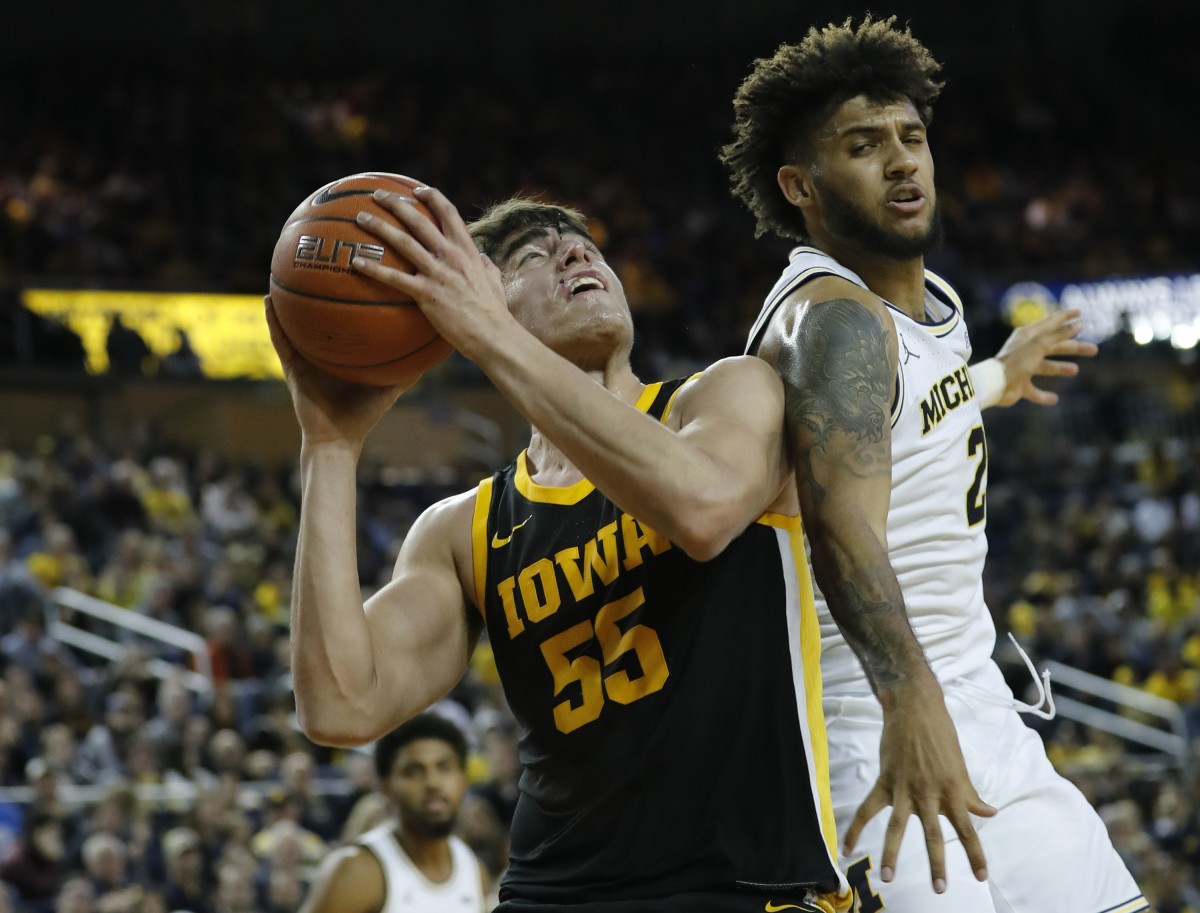 The Michigan Wolverines (11-5) visit the Iowa Hawkeyes (12-5) Friday in a Big Ten showdown at Carver-Hawkeye Arena in Iowa City. Tip-off is set for 9 p.m. ET. We analyze the Michigan-Iowa odds and betting lines, with college basketball betting advice and tips around this matchup.

Michigan at Iowa: Three things you need to know

1. Michigan has lost two of its last three games overall. Both of those losses were on the road, and the Wolverines head to Iowa City with a four-game road losing streak in tow. UM has struggled in shooting the basketball over those four losses, going a combined 93-of-251 (37.1%) from the field.

2. Iowa bounced back from twin losses in early January to pick up solid straight-up and against-the-spread conquests of Maryland (Jan. 10) and Northwestern (Tuesday). The Hawkeyes field-goal defense in the back-to-back wins has been a major improvement. In four of Iowa’s five losses, opponent field-goal and 3-point accuracy rates have been so high as to peg the Hawkeyes as being somewhat unlucky in bumping up against a couple too many incredible shooting nights.

3. Over the past 10-12 games for each side, Iowa has displayed more consistency in taking and maintaining leads. Across the early-line providers, there wasn’t an avalanche of movement after the open at Iowa -4 or -4.5. But whatever flurries there were all went the way of the Hawkeyes playing on their home court.

There was no moneyline posted at the time of publication.

The Hawkeyes are 6-1-1 ATS over their last eight games. The Wolverines are 3-4 ATS over their last seven, and they are winless ATS in four road games. Iowa is 6-2 ATS at home. Michigan is coming off a four-day rest and the last three times UM had four-plus days off and played a road game they are 0-3 with an average ATS margin near double digits. The home team is 4-1 ATS over the last five games in this series.

One of those incredible shooting nights against Iowa was Dec. 6 against the Wolverines. UM logged a 63.8% effective field-goal mark (which levels 2- and 3-point attempts). Michigan got to the line 34 times that game. There is some value in the IOWA (-4.5, -115) line.

The Under is 7-0 the last seven times Iowa was favored. The Wolverines and Hawkeyes cranked out 194 total points last time around. They averaged 130 points over two meetings last season.