Kentucky continued its bounce back from its worst start in nearly a century by cruising to a 76-58 victory over host Florida in Gainesville. 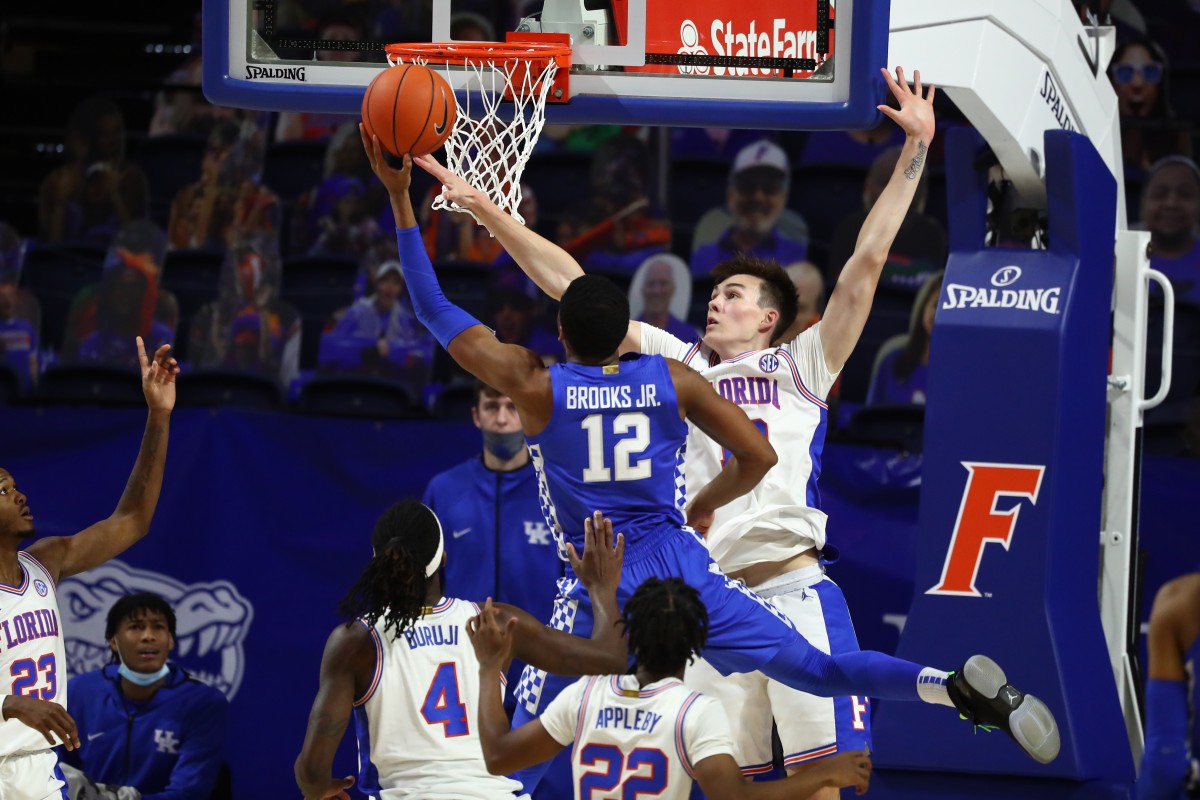 Editor’s note: This article was originally published by Field Level Media and has been republished in its entirety below.

Kentucky continued its bounce back from its worst start in nearly a century by cruising to a 76-58 victory over the host Florida Gators on Saturday night in Gainesville.

The Wildcats (4-6, 3-0 Southeastern Conference) delivered a balanced scoring effort led by Davion Mintz (13 points), Brandon Boston Jr. (13 points), Keion Brooks Jr. (12 points) and Olivier Sarr (10 points) to win their third in a row after starting the season 1-6 for the first time since 1926.

Remarkably, Kentucky now heads into its next game Tuesday against Alabama with a chance to move into first place in the SEC.

Kentucky never trailed after Brandon Boston Jr.’s 3-pointer with 9:13 left in the first half, and it took the lead for good with 6:30 left on a jumper by Brooks Jr., who made his season debut after being medically cleared to play earlier this week.

Brooks Jr. shot 6-for-8 from the field and helped the Wildcats outscore Florida’s bench 31-18.

But Florida committed 16 turnovers thanks largely to Kentucky’s stingy defense, which totaled 10 steals. Isaiah Jackson also provided a tough defensive presence in the paint with four blocks to go along with nine points and six rebounds.

Florida was held to 37.5 percent shooting from the field despite making 9 of 20 shots from 3-point range. Colin Castleton, who had averaged 19.0 points and 6.3 rebounds over the Gators’ previous three games, was held to six points and three rebounds.

The Wildcats led by as many as 25 points in the second half and shared the ball well throughout the game, totaling 18 assists on 29 made field goals. Kentucky shot 29 for 52 (55.8 percent) overall, but its 3-point shooting stood out. The Wildcats entered the game shooting 29.9 percent (ranked 287th in the nation), but shot 6 of 13 (46.2 percent) on Saturday.