The Gators entered this game as the favorites, but they squandered a their opportunities and lost by a big margin to the Wildcats. 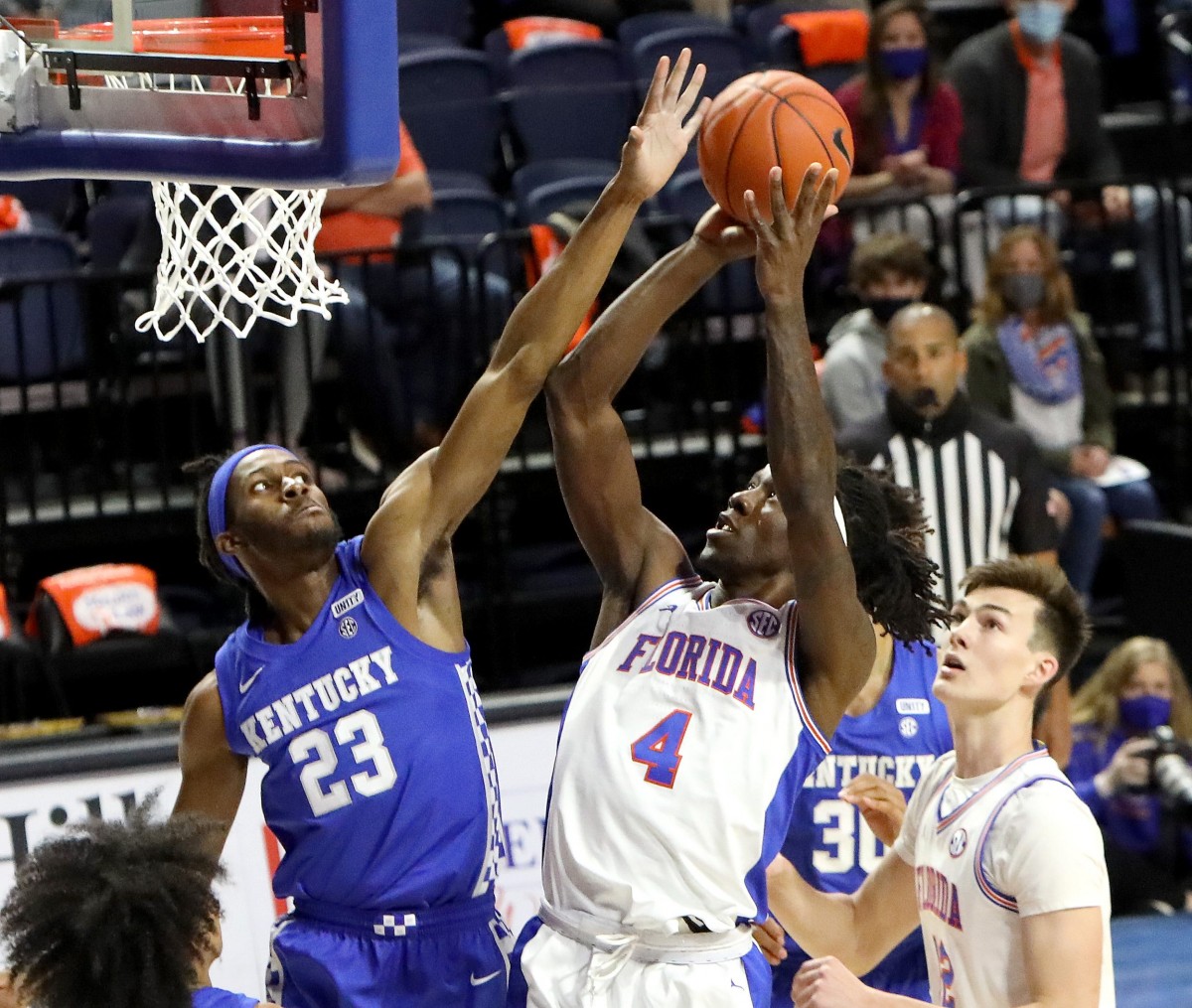 Saturday afternoon, the Gators took on the struggling Kentucky Wildcats in what seemed like an opportunity to bounce back from their poor outing against Alabama. Instead, the team again lost by an outstanding margin and looked incredibly poor in the process. Kentucky overcame the Gators with a final score of 76-58.

If you’re searching for positives to come out of this game Florida, there are a few to be found. Anthony Duruji continues to be competent and was the leading scorer on either team on the afternoon, dropping 15 points on the Wildcats. Late in the action, Samson Ruzhentsev came off the bench and played five minutes once it became clear the Gators’ chances of winning were nigh unto zero. He made the best of his opportunity, scoring twice from beyond the arc and making good on a pair of free throws.

However, the Gators couldn’t get any momentum going despite near-constant tinkering with their lineup to try to find the right recipe. Interestingly, head coach Mike White gave both Tre Mann and Tyree Appleby the nod to open the game in an unusual choice to put both his primary point guards on the court at the same time from the jump. That opened the door for Ques Glover to take the reins with the second team, but that plan died quickly as Florida fell behind Kentucky.

At the end of the day, this game was very little fun to watch and did nothing to instill confidence that this team can hang with good in-conference competition or that their loss to Alabama was a learning experience. Let’s take a look at exactly what went wrong for the Gators in Saturday’s action.