Sand bunkers can be expensive to maintain and are often the first thing to show wear. It wouldn’t be surprising if this trend catches on. 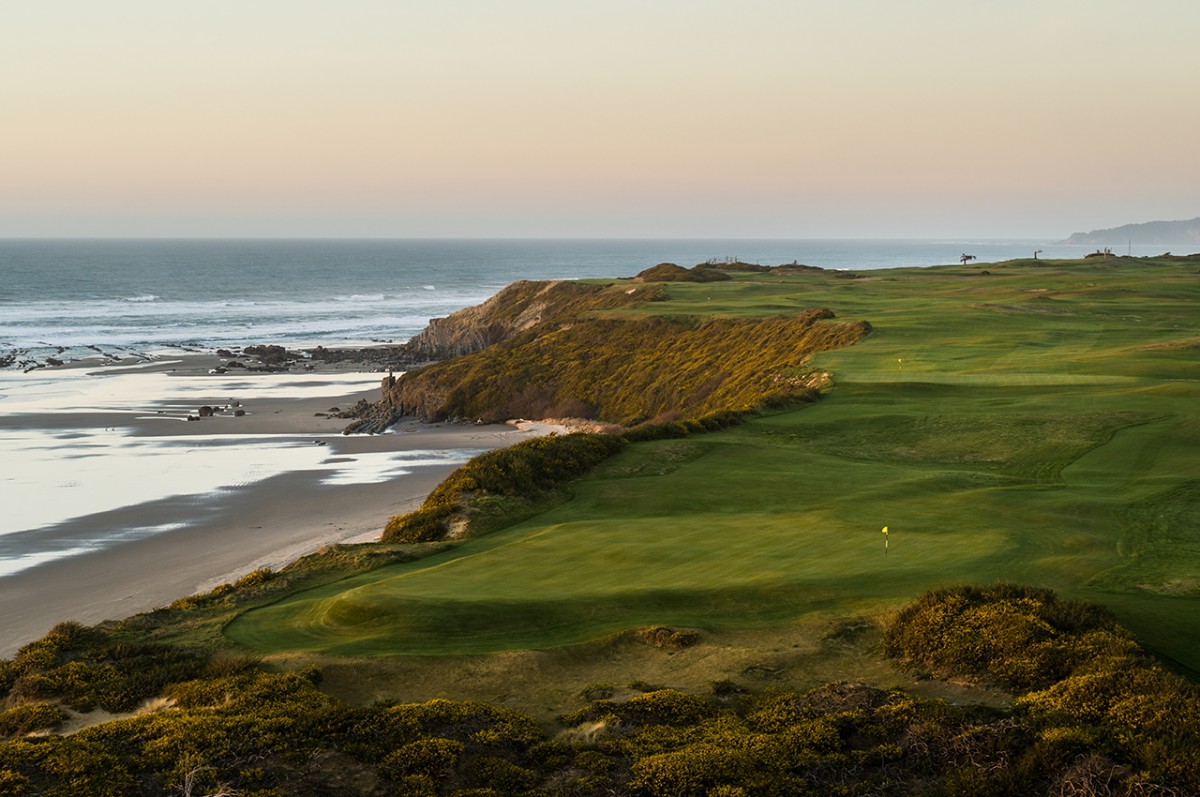 (Editor’s note: June 1 is the opening of Sheep Ranch, one of the most highly anticipated course openings of the last decade. Golfweek will have additional coverage all day long, including hourly photos on Instagram, and an Instagram Live with Golfweek Travel Editor Jason Lusk.
Follow us on Instagram here.)

As part of today’s #SheepRanchDay, celebrating the opening of the newest track at Bandon Dunes, Golfweek Travel Editor Jason Lusk was asked about the Bill Coore- and Ben Crenshaw-designed course that omitted sand bunkers.

“Now when that kind of wind comes blowing it up across the golf course with traditional bunkers, the sand flakes out, it creates these little tornadoes in bunkers and you see the wind spinning in the sand. You see that sometimes on the other Bandon courses, particularly on Old MacDonald, to where you’ve actually seen it flying across the property.”

Golfweek travel editor and creative director Jason Lusk speaks with JuliaKate Culpepper about Bandon Dunes’ newest course, Sheep Ranch, which opened June 1. Jason discusses the view of the Pacific Ocean, the cliffside greens and why there are no sand bunkers on the course.

That type of wind damage makes it difficult for crews to keep the course in working order. And with Sheep Ranch’s amazing seaside views, there’s rarely a break from the wind.

“That requires that the maintenance crew goes out and actually waters the bunker to keep the sand inside the sand traps. If you don’t do that, all the sand blows out and you’re left with these hard-pan, exposed bottoms and that’s no good because then you’re constantly doing maintenance to the bunkers,” Lusk said. “You’re going to have drainage problems, you’re going to have sand blown all over your greens. It’s just a mess.”

Because of this, Coore and Crenshaw decided to look back into the past for an answer.

“They were looking at a way to try to not have the sand blow out so much from these bunkers and the easiest way to do that was to have no bunkers,” Lusk said. “So Bill Coore said that he looked back he and Ben Crenshaw looked back at an old book called ‘The Links,’ which is from the early 1900’s and I’m paraphrasing here, I don’t have the book in front of me right now, but it says that someday there will be a site with such blessed beautiful natural contours that you don’t need sand bunkers.

“And Bill Coore said if ever there was a chance to build that course, Sheep Ranch had those contours.”

Lusk noted that sand bunkers can be expensive to maintain and are often the first thing to show wear. It wouldn’t be surprising if this trend became more popular.

“You’re starting to see this with some other courses around the country,” Lusk said. “More and more people are experimenting with leaving out, if not all, then at least some bunkers, because bunkers are a maintenance nightmare and that adds to the cost of running a golf course.”