The best TEs compared to each other. 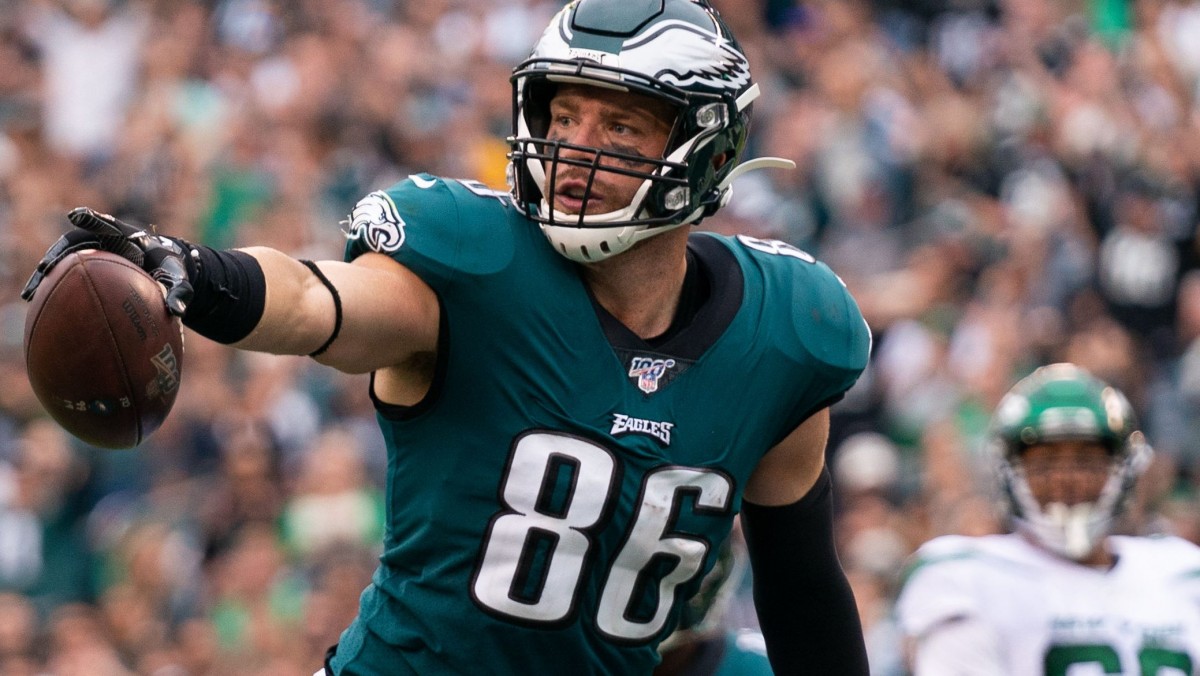 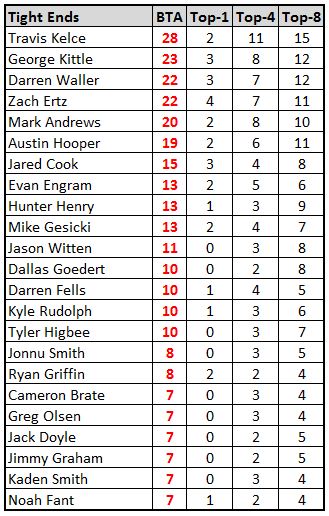 With so few players of any consequence, there are no big surprises here. Tight ends like Hunter Henry, Mike Gesicki, and Jared Cook didn’t have many great games, but they were solid in turning in “better than average” scores almost every week.

Here are just the No. 1 performances allowed by a defense (a total of 32). Interesting that Ertz led in this statistic while Travis Kelce was limited to just two instances of scoring the most tight-end points on a defense.