Dennis Allen says Saints will stick with Andy Dalton at QB in Week 11 vs. Rams 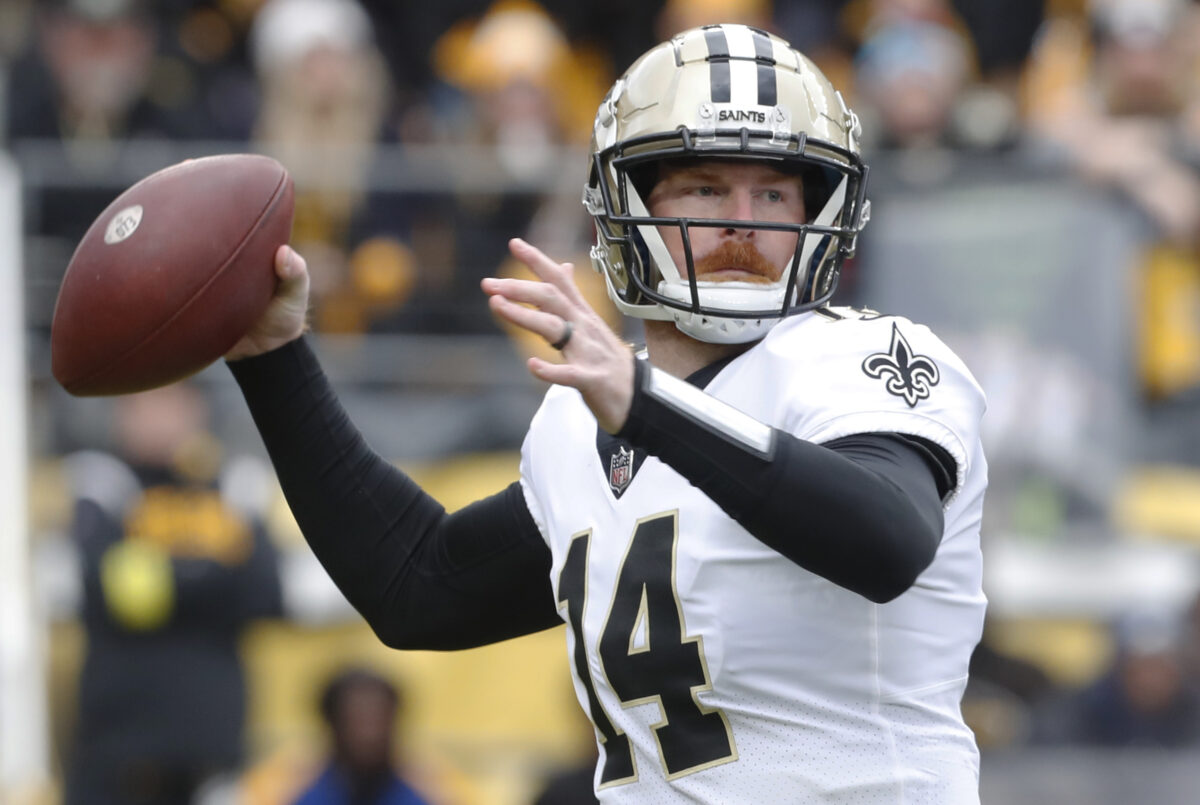 There was some speculation that the New Orleans Saints would make a change at quarterback this week — spurred by comments from head coach Dennis Allen — but that won’t be happening in this upcoming Los Angeles Rams game. On Wednesday the Saints coach announced that they’ll stick with Andy Dalton under center, opting to keep Jameis Winston on the bench.

Winston still isn’t fully recovered from back and ankle injuries earlier this season, though he isn’t actively receiving treatment from the medical staff anymore. Allen cited his health as a factor in the decision after previously saying that the decision to keep playing Dalton ahead of Winston was based on performance, so he’s walking that back a bit now.

Neither Dalton nor Winston has been very effective this year, and it’ll be challenging for the Saints offense to move without most of their starting offensive line. We’ll see if Dalton can turn things around this week but it’s a tough proposition with superstar defensive lineman Aaron Donald coming to town.

The Saints released each of their practice squad running backs on Tuesday, parting ways with both Jordan Howard and Derrick Gore: 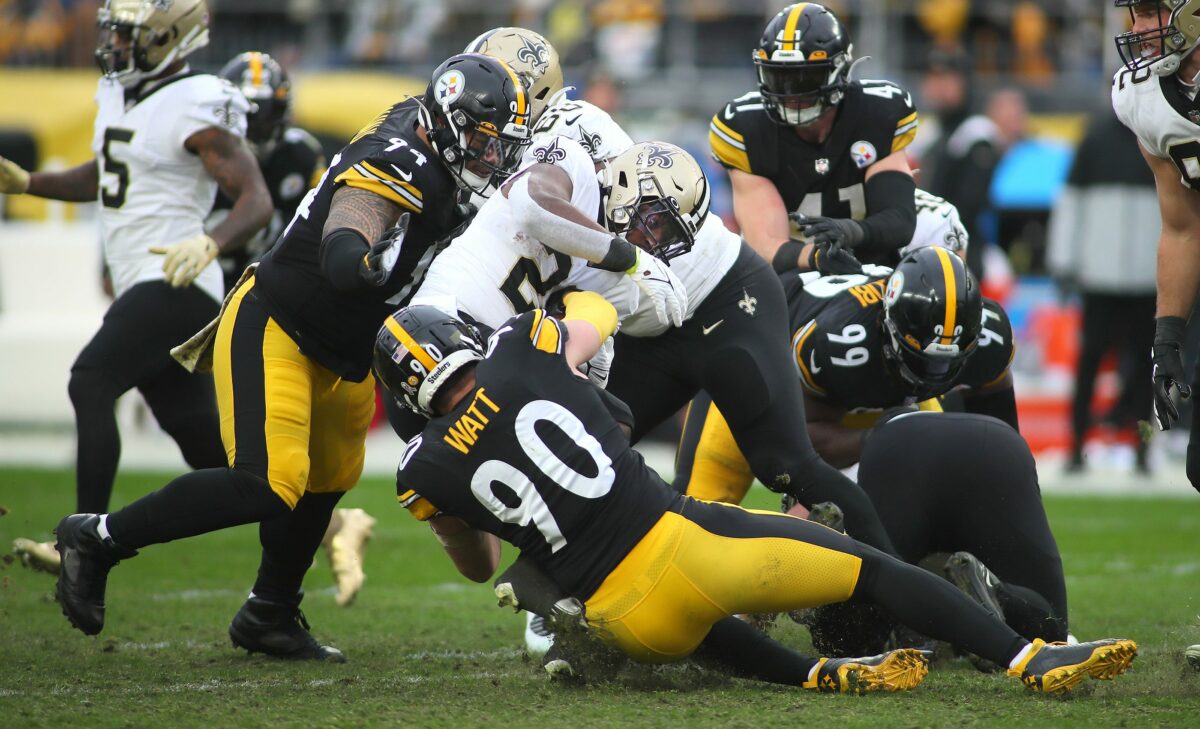 Well that’s something. The New Orleans Saints released both of their practice squad running backs on Tuesday, parting ways with Jordan Howard and Derrick Gore, which comes as a bit of a surprise given how much effort the team put into restocking the depth chart at this position.

They’ve cycled through running backs including Latavius Murray, Tony Jones Jr., and James Funk, each of whom are currently on other rosters around the league. The Saints just managed 29 rushing yards in their Week 10 loss to the Pittsburgh Steelers, their lowest single-game total since a loss to the Baltimore Ravens back on Dec. 19, 2010. Their running game hasn’t exactly been reliable this season.

But it may suggest good news is coming for Mark Ingram II, who has been sidelined in recent weeks with a knee injury. Howard has been elevated for each of the last two games while Ingram was on the mend, though he logged just a handful of snaps on offense (gaining a single yard on his lone rushing attempt). Gore had not gotten into a game prior to his release.

This leaves Ingram, Alvin Kamara, and Dwayne Washington as the only running backs currently under contract, though the Saints do have a pair of fullbacks on the 53-man roster in J.P. Holtz (active for six games this season) and Adam Prentice (active for the first time since Week 3 last Sunday). Maybe more additions are coming, or the Saints are simply comfortable working with who they have. We’ll keep an eye out for movement. 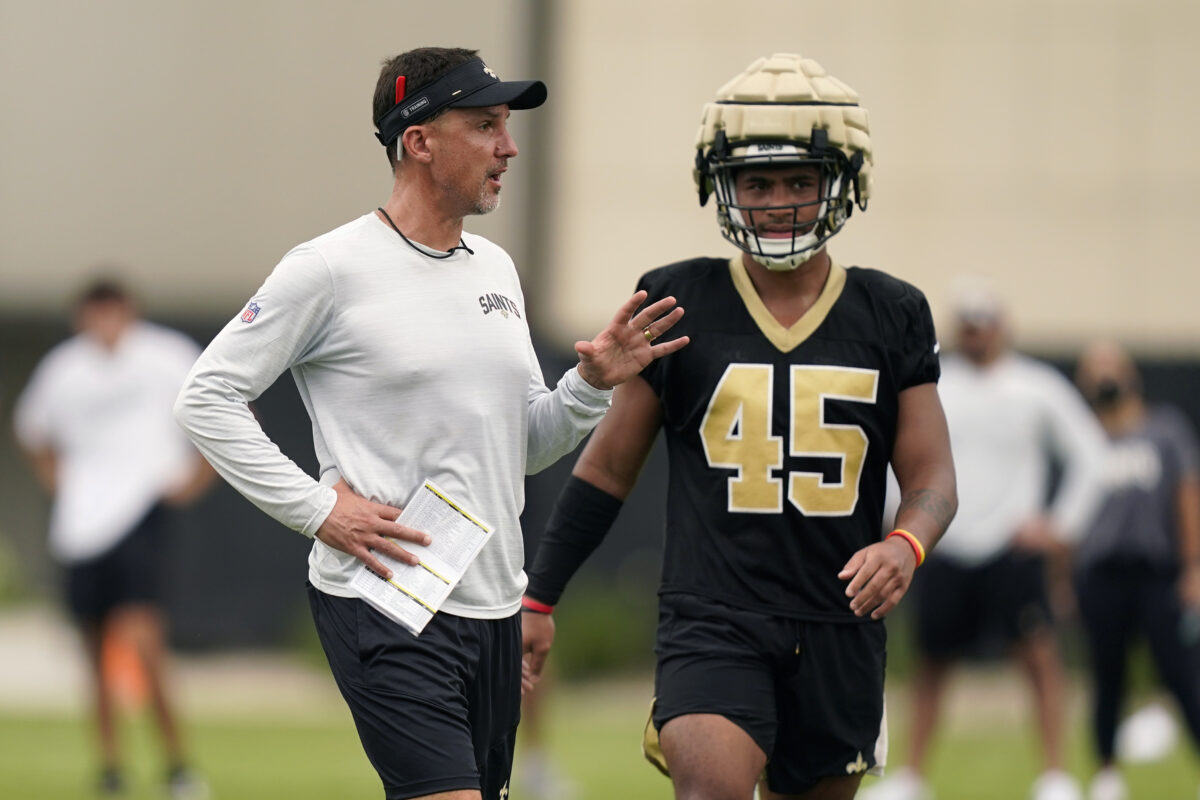 This might be ominous for Pete Werner’s status. The New Orleans Saints signed a pair of linebackers on Thursday after their starting weakside linebacker exited Monday night’s loss to the Baltimore Ravens with an ankle injury, filing a quick list of roster moves on the daily NFL transactions wire.

But this isn’t all about Werner. New Orleans also lost backup linebacker Chase Hansen with a knee injury last week, so they needed multiple players to reinforce the depth chart. And they’ve made other moves at different roster spots. Let’s break it all down: 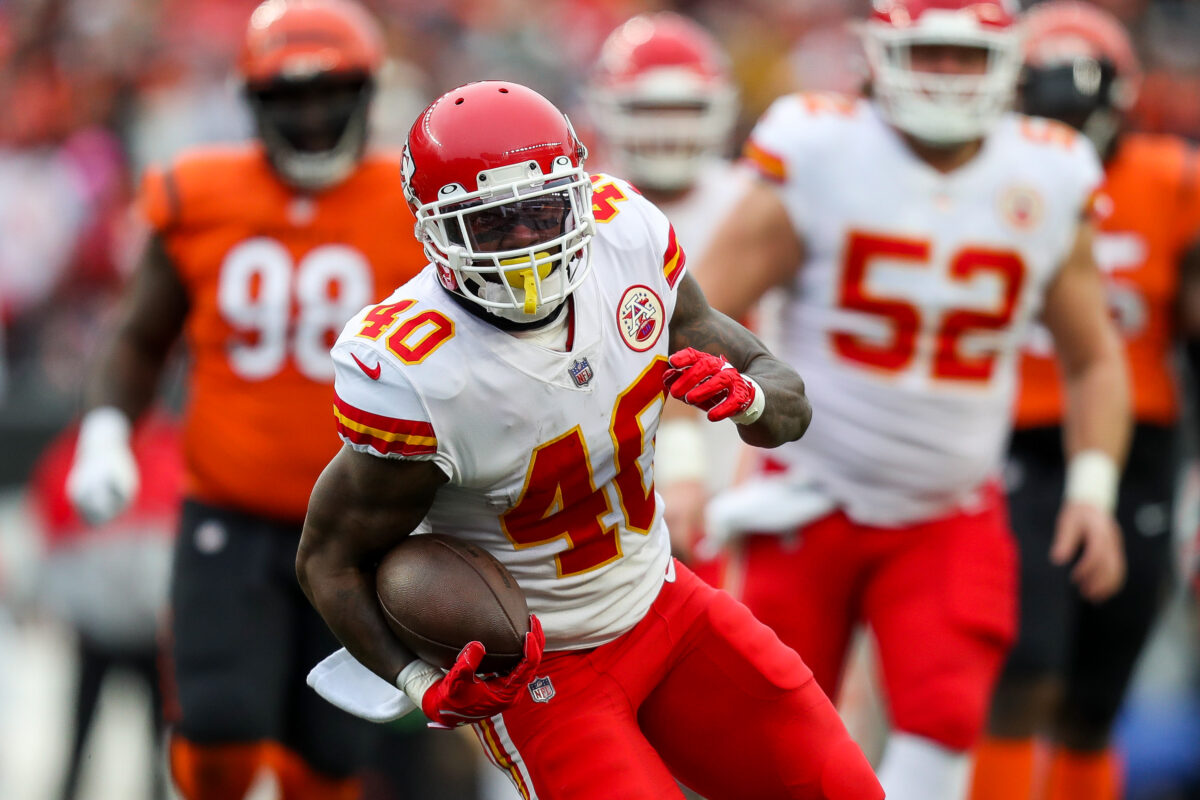 There’s a new name on the New Orleans Saints depth chart at running back. Pro Football Network’s Aaron Wilson first reported that the team signed Derrick Gore after trying out a group of free agents, which was confirmed by NewOrleans.Football’s Nick Underhill. Gore, 27, logged 51 carries to gain 256 rushing yards with 8 receptions and another 105 receiving yards last year for the Kansas City Chiefs.

Gore might be familiar to some Saints fans as an alum out of the Louisiana-Monroe Warhawks program, having begun his college career at Alabama. He led ULM in rushing in each of his two seasons as their starting running back, and that helped get him on the NFL’s radar — though New Orleans is his fourth team after turning pro in 2019. 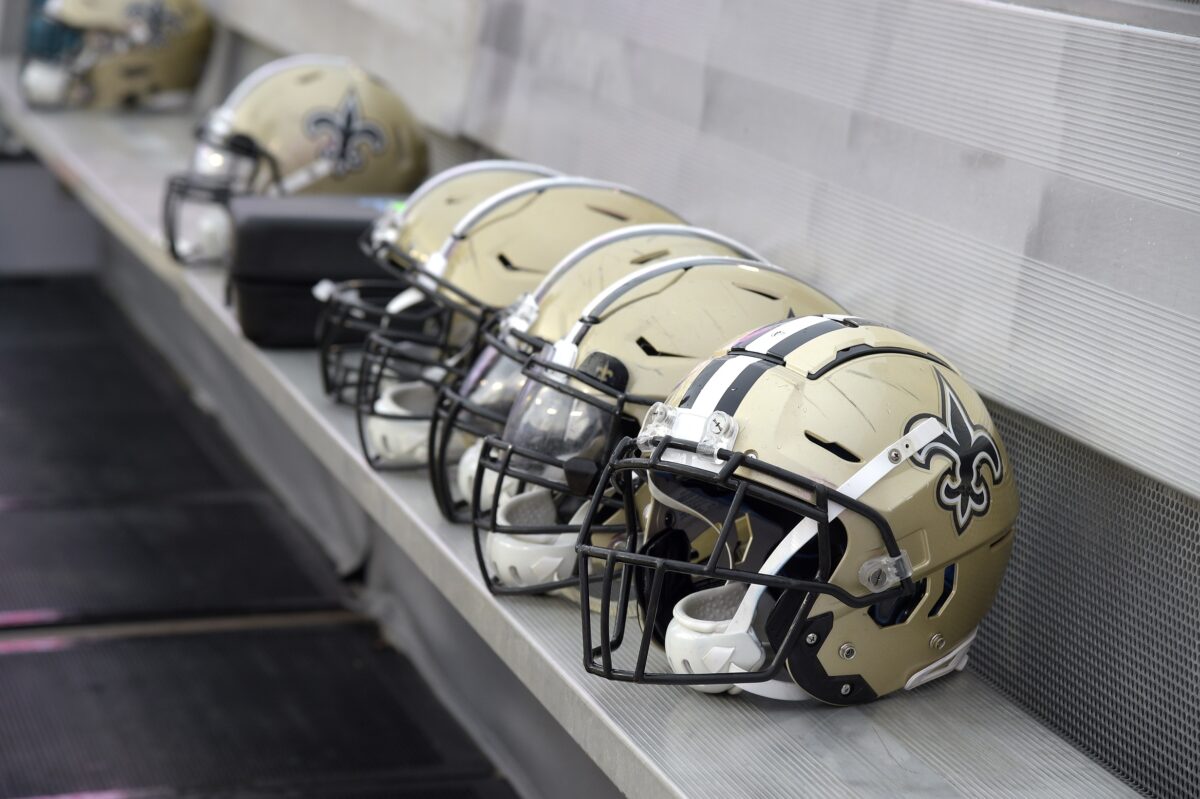 We can’t say the the New Orleans Saints aren’t looking for help. The team hosted several free agent running backs for a group tryout on Tuesday after parting ways with practice squad runner Jake Funk, and in light of an injury to Mark Ingram II — Jordan Howard was called up from the practice squad to back up Alvin Kamara and Dwayne Washington in Monday night’s loss to the Baltimore Ravens, but they could use more depth at the position. At least they’re trying after choosing to stand pat at the trade deadline last week. 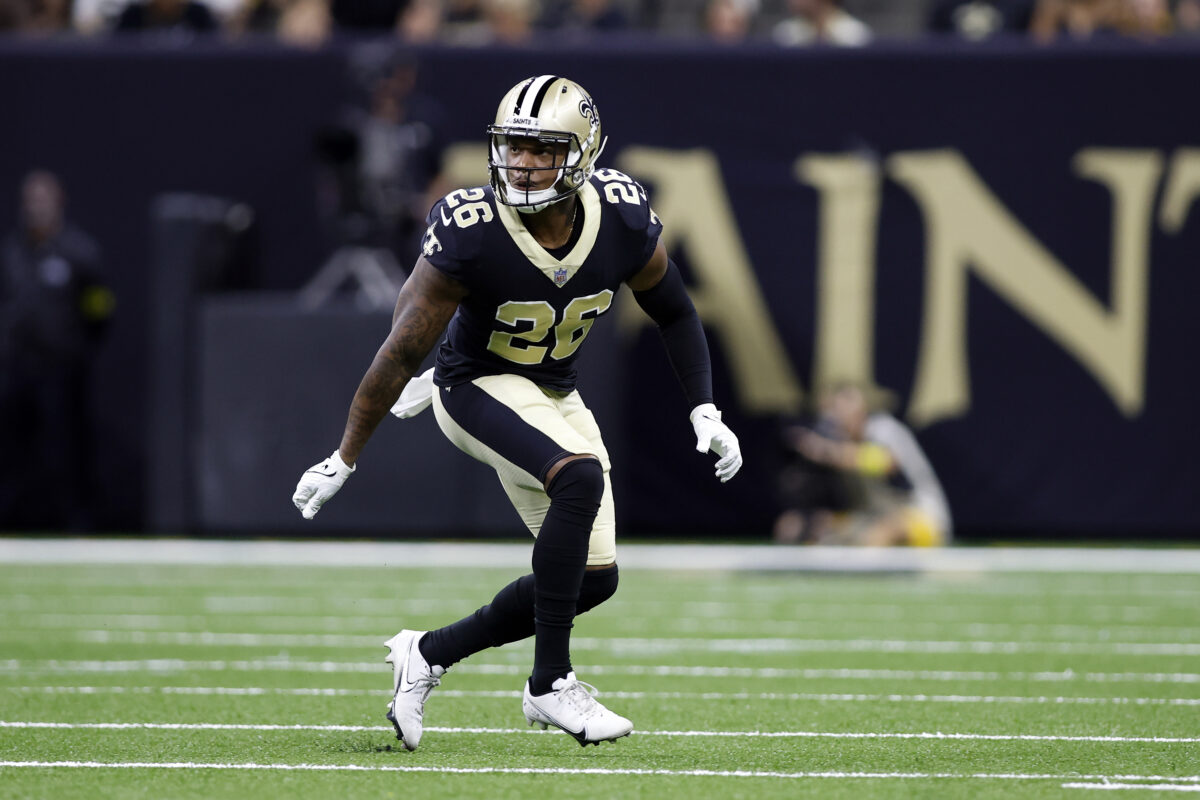 There we go: the New Orleans Saints announced a series of last-minute roster moves ahead of Monday night’s kickoff with the Baltimore Ravens, calling up several players from various reserve lists. This brings some ramifications for players already on the roster, but for the most part these are predictable moves. Let’s break down each transaction reported Monday afternoon:

FOX Sports reports that the New Orleans Saints ‘rebuffed’ a trade inquiry on star running back Alvin Kamara from the Buffalo Bills: 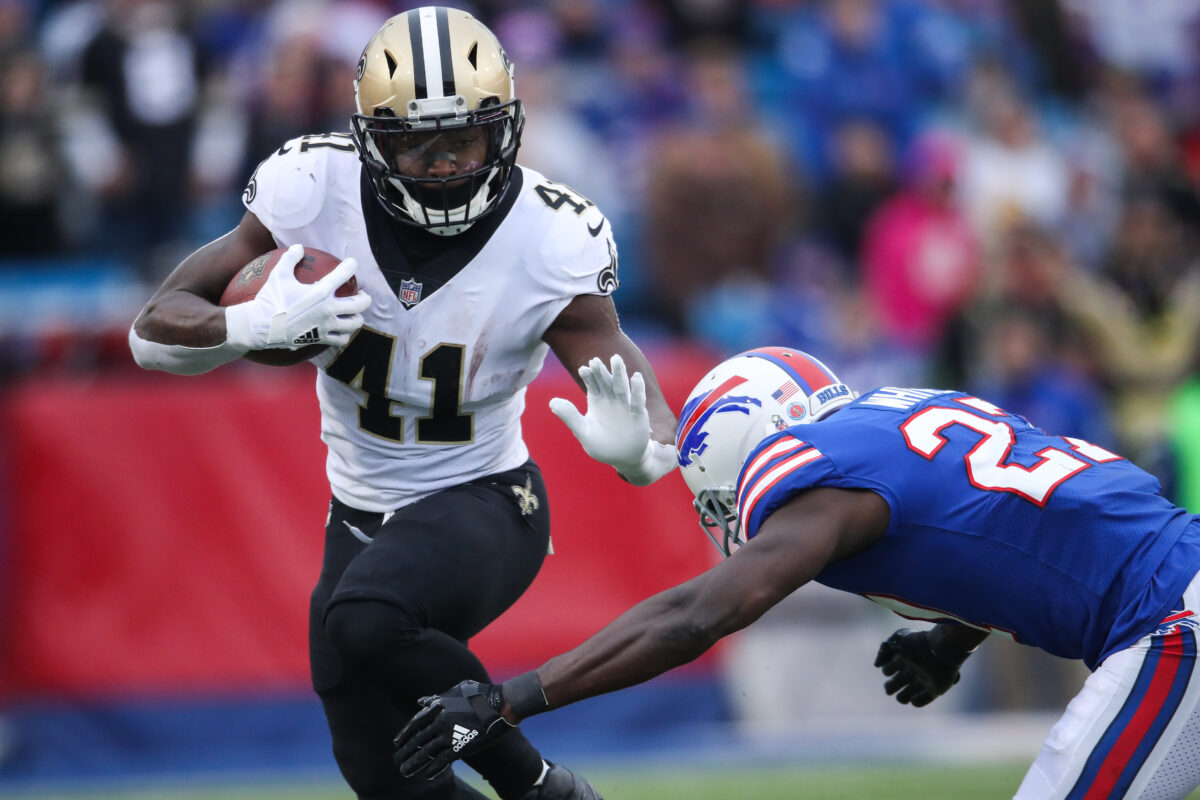 The #Bills are trying to make a splash in the trade pool. What other RBs and defensive players are hot on the market? We'll see CMC with the #49ers today against the the #Rams, post bidding war. @JayGlazer has the latest for us ⬇️ pic.twitter.com/34zRtPvIWX

Well that’s something. FOX Sports’ Jay Glazer reported Sunday morning that the New Orleans Saints “rebuffed” a trade inquiry from the Buffalo Bills focusing on superstar running back Alvin Kamara ahead of the Nov. 1 NFL trade deadline. Kamara has been the subject of a lot of speculation and rumormongering with that deadline on the horizon, but this is the first time we’ve seen a specific team linked to him by a reputable outlet. And no, a random general manager speculating to Sports Illustrated about the Philadelphia Eagles doesn’t count.

“They are in it trying to make a splash,” Glazer said of the 5-1 Bills. “They were already in it there for Christian McCaffrey, but what people don’t know, is that they actually called about Alvin Kamara this week from the Saints. They were rebuffed there, but look there are still other running backs out on the market: Kareem Hunt, Jeff Wilson, Cam Akers. Certainly no one on the level of Alvin Kamara, but they could be had.”

NewOrleans.Football’s Nick Underhill reports that the Saints have had no trade talks centering on Kamara “internally or externally” with the team’s focus instead centering on a rally towards the playoffs. So it’s likely the Bills received a flat “No” when they called up New Orleans. It would take an astronomical trade package to convince the Saints to part ways with the face of their franchise and incur massive salary cap penalties this year and next, but they do owe it to themselves to hear out offers. That doesn’t mean they’re going to bite.

Could the Call of Duty: Modern Warfare 2 release give the Saints an edge against Kyler Murray? Probably not, but they need all the help they can get: 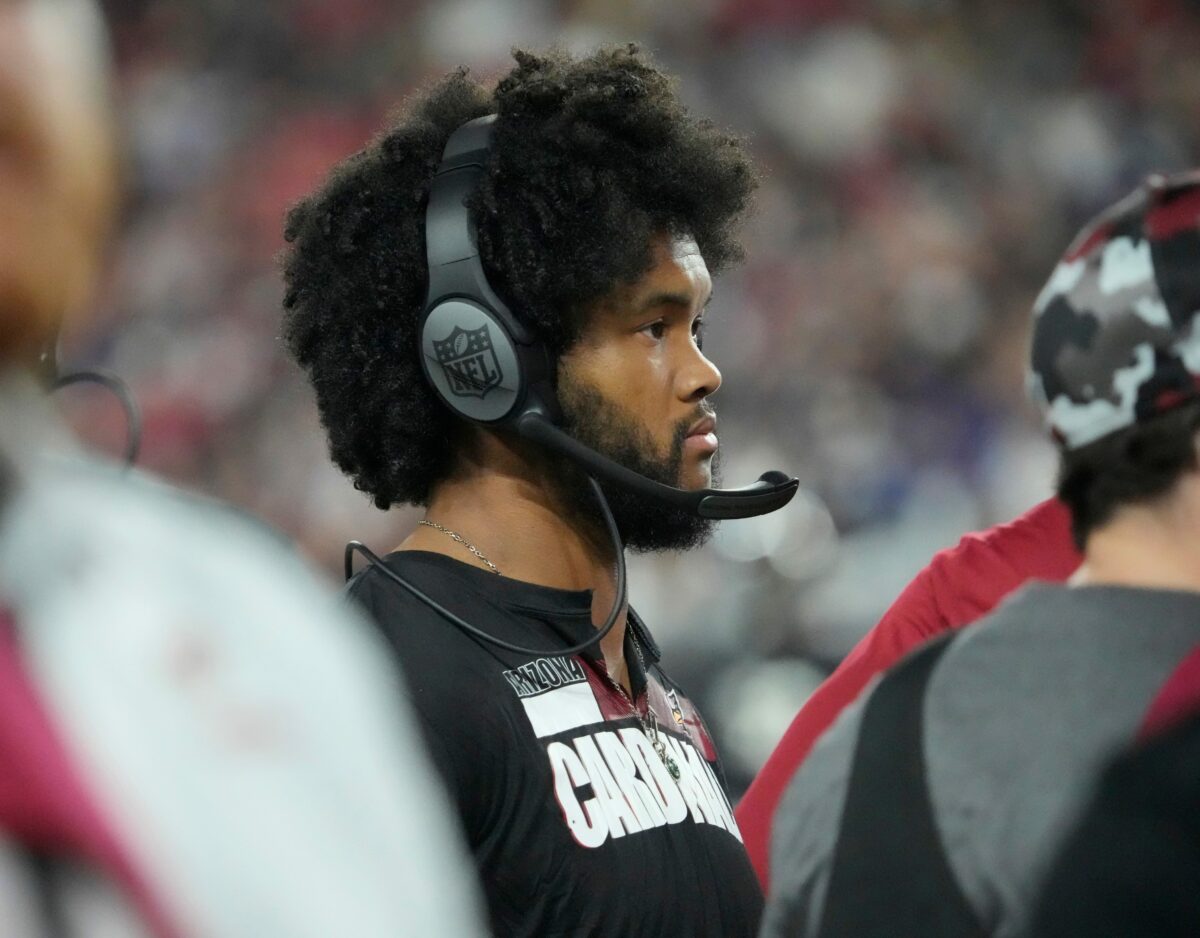 Yeah, no, there’s nothing to this. But we’re going to share a quick laugh together anyway. If the New Orleans Saints take care of business against the Arizona Cardinals on Thursday night (and our staff picks like them to do just that), it won’t be because Cardinals quarterback Kyler Murray is in a rush to get home and log onto his Xbox Live account. It’ll be because they put in the work to prepare for this game and executed a well-thought-out plan to outplay Arizona.

Still, it’s a lot funnier to joke about the alternative. And with the Call of Duty: Modern Warfare 2 campaign opening up to early access preorders on Thursday, Oct. 20 (the full game and, most crucially, its multiplayer features, release on Oct. 28), it’s a coincidence we can’t help but mark. Murray is an avid gamer and often streams his sessions on Twitch to audiences approaching 100,000 live viewers, and he’s often said the Call of Duty franchise is among his favorites.

The ridiculous “study hall” clause initially written into Murray’s contract extension with the Cardinals (and later struck out) earlier this year prompted a fan on Reddit to compare Murray’s usual performances against games played during Double XP bonus weekends, and they found some minor deficits in his stat lines. Murray’s passer rating, passing yards per game, completion percentage, and winning percentage all dipped whenever the Double XP events were in effect.

Now, that’s hardly the sort of diligent statistical analysis to draw any conclusions from. As the author noted in their post on Reddit, it’s possible Murray simply faced tougher opponents in those games or was dealing with factors like injuries, weather, or anything else. Again: we aren’t seriously suggesting the Saints have a leg up on Murray just because a new video game is available. Odds are there are plenty of players in the New Orleans locker room who will spent their weekend gaming, too. But the Saints are under a lot of pressure after their 2-4 start, and they could use all the help they can get. 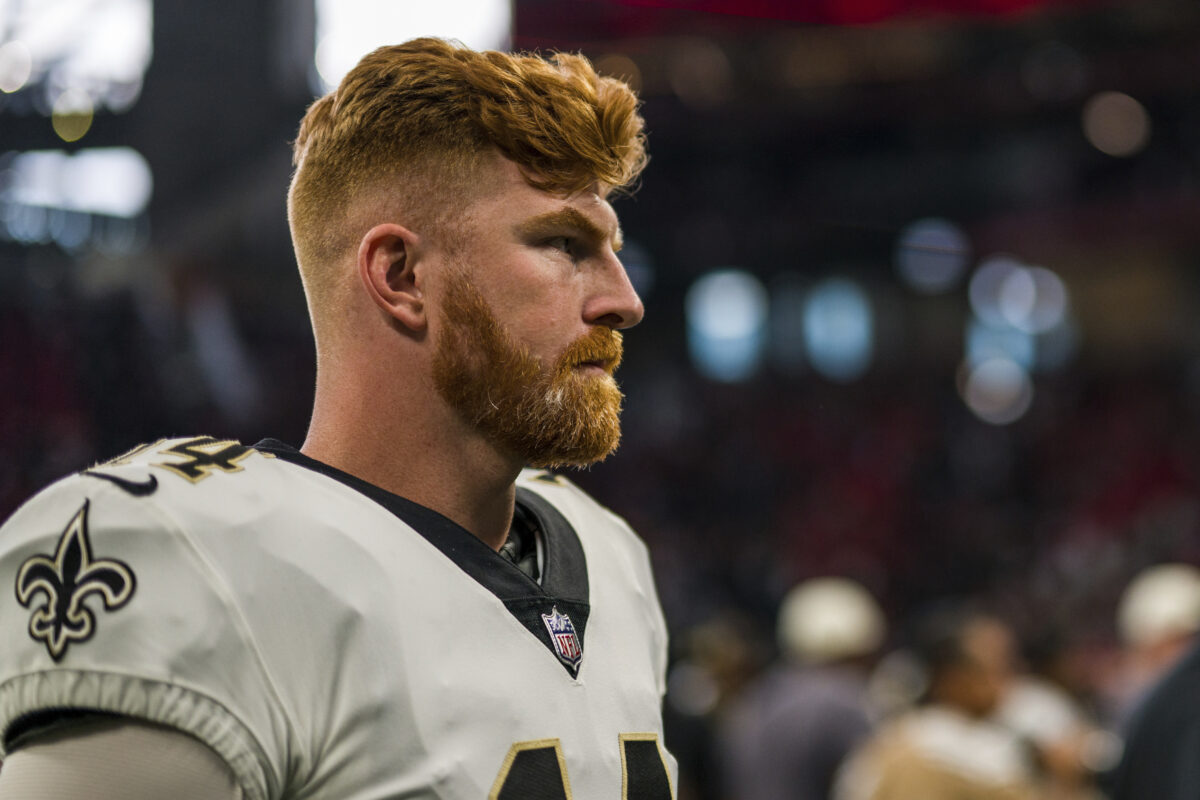 A few reporting items on tonight’s #NFL game. I’ve been told, as expected, Andy Dalton is starting for the #Saints with Jameis Winston active as QB3. The #Cardinals have package of plays for newly acquired WR Robbie Anderson. Expect him for 10-15 percent of offensive snaps. pic.twitter.com/FQ9bx6KzlT

There you go: ESPN’s Ed Werder reports that the New Orleans Saints expect to start Andy Dalton at quarterback on Thursday night against the Arizona Cardinals, with injured starter Jameis Winston continuing to round out the game-day depth chart as their third option — he’ll only play in an emergency should both Dalton and Taysom Hill be unavailable. The Saints recently re-signed backup quarterback Jake Luton to their practice squad but it’s unlikely he’ll be activated for this game.

Dalton was able to practice fully on Wednesday while dealing with a back injury suffered last week versus the Cincinnati Bengals. Winston is dealing with back and ankle issues and has been a limited participant in practice for a few weeks now, so he’s on the road to recovery. But the Saints plan to keep Dalton under center until Winston’s body is right and he can practice and play fully. We’ll see how the situation develops in the days and weeks ahead.

Chris Olave (concussion) is officially inactive for Week 6’s game between the Saints and Bengals. Full inactive lists from both teams: 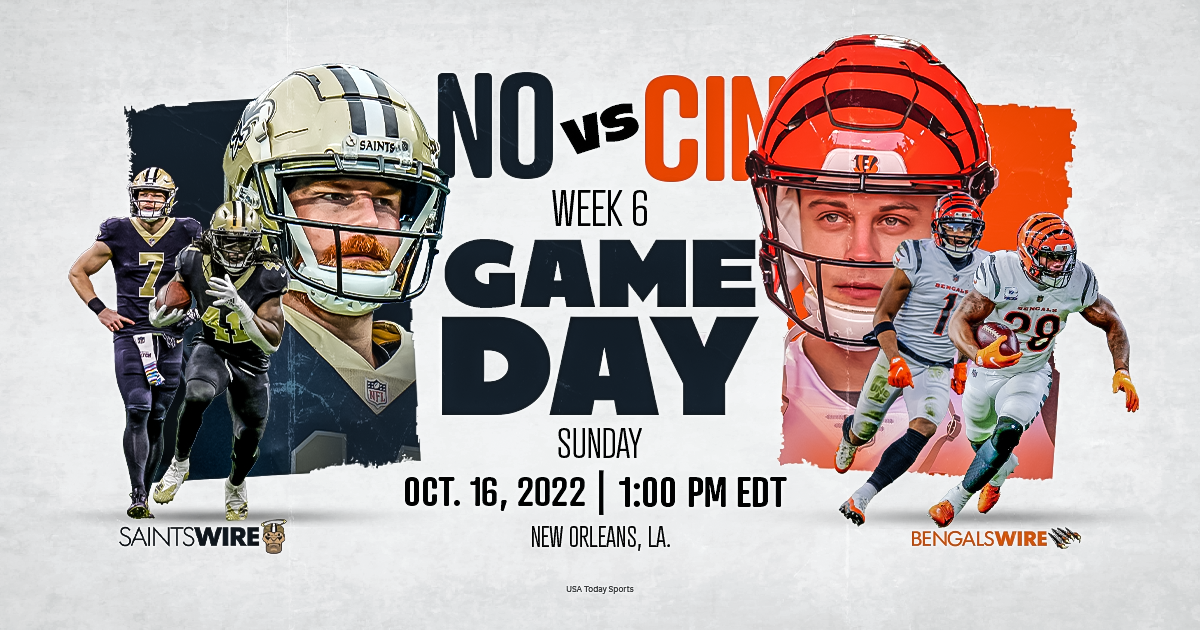 You’ll be hard-pressed to find a more stark difference in injury situations across the NFL in Week 6 than what we’re seeing at the Caesars Superdome on Sunday. The New Orleans Saints are going to take the field without all three of their top wide receivers, plus their best cornerback and last year’s first-round pick at defensive end — all due to injuries. Quarterback Jameis Winston is active, but he isn’t expected to play, barring an emergency.

Cincinnati, on the other hand, isn’t missing anyone with injuries. Sure, they have a couple of players managing some bumps and bruises, but for the most part their lineup looks just like it did when the season started. It’s a lot of adversity for the Saints to overcome. Let’s see if they have it in them.

Here are the lists of inactive players from both teams for Week 6: