The National Golf Foundation released an update to its studies on how the coronavirus has impacted the recreational game. 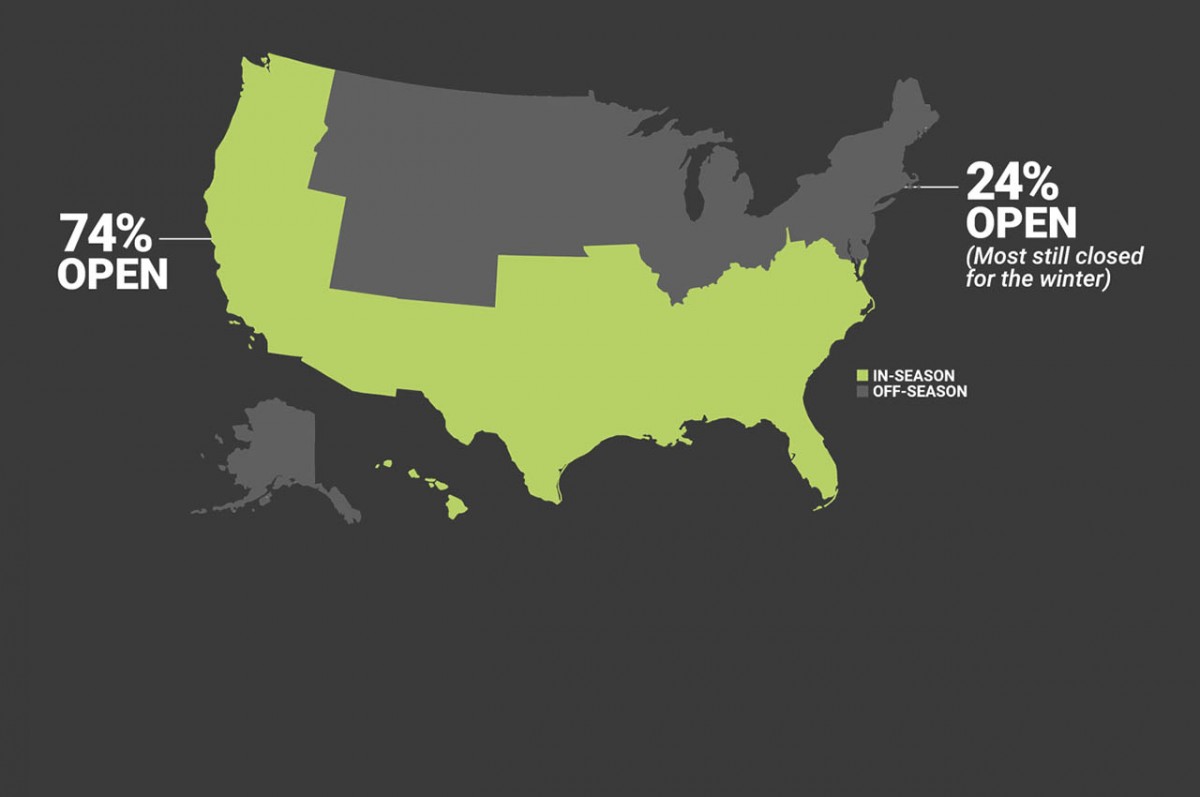 The National Golf Foundation, which tracks data on courses and rounds played around the U.S., on Tuesday released an update to its studies on how the coronavirus has impacted the recreational game.

Following are several key takeaways from the update.

Nationwide, 74 percent of in-season courses remain open during the pandemic, based on a survey of 1,006 facilities on March 25-27 (the survey has a margin of error of 3 percent ).

The report breaks it down further: 54 percent of municipal golf courses that are in season are open, 78 percent of public daily fee courses are open, and 77 percent of private clubs are open.