Chris Paul came through in crunch time once again for the Oklahoma City Thunder, leading them to a Game 6 win over the Houston Rockets. 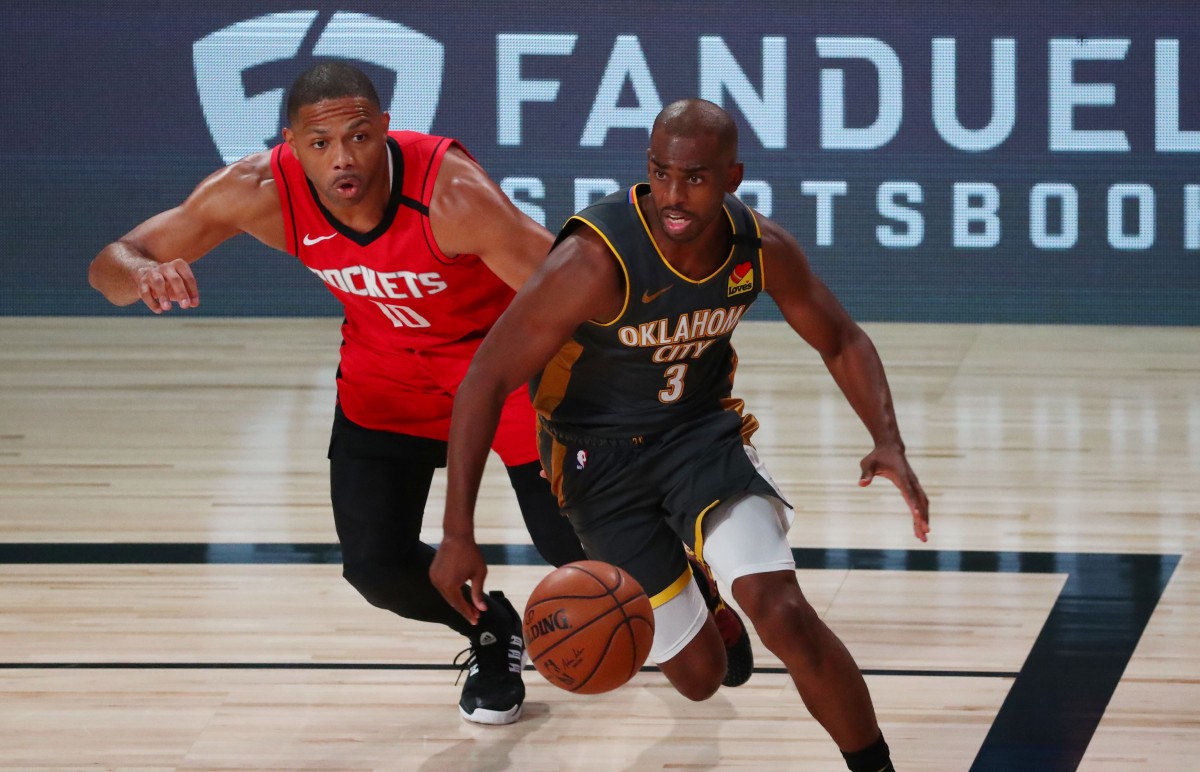 The best clutch scorer in the league this season came through once again.

Chris Paul, who had eight points in the final 3:35 of the game, got fouled when driving to the lane with 12.4 seconds to go and hit both free throws to put Oklahoma City ahead of the Houston Rockets by two and help them win 104-100.

With that, the Thunder won Game 6 and forced a Game 7 in the first round of the NBA playoffs.

Prior to the free throws, Paul hit two 3-pointers late to tie the game at 98.

A couple of 3's and a couple of steals by @CP3 to close out the 4th quarter and this game six. #ThunderUp pic.twitter.com/NyhLyRYJn4

Dennis Schroder drove and made a layup to tie the game at 100.

After that, Paul made the free throws. Oklahoma City then forced a Russell Westbrook pass to go errant, Westbrook’s second turnover in the final minute and a half.

Danilo Gallinari iced the game by making a pair of free throws with four seconds to go. After he was practically invisible in Game 5, he finished with 26 points and was a key factor for Oklahoma City.

The Thunder outplayed the Rockets and James Harden, who finished with 32 points.

With another close win, Oklahoma City eked out a Game 7.

When former Oklahoma DT Gerald McCoy signed a three-year deal with the Dallas Cowboys in March, he called it a dream come true. 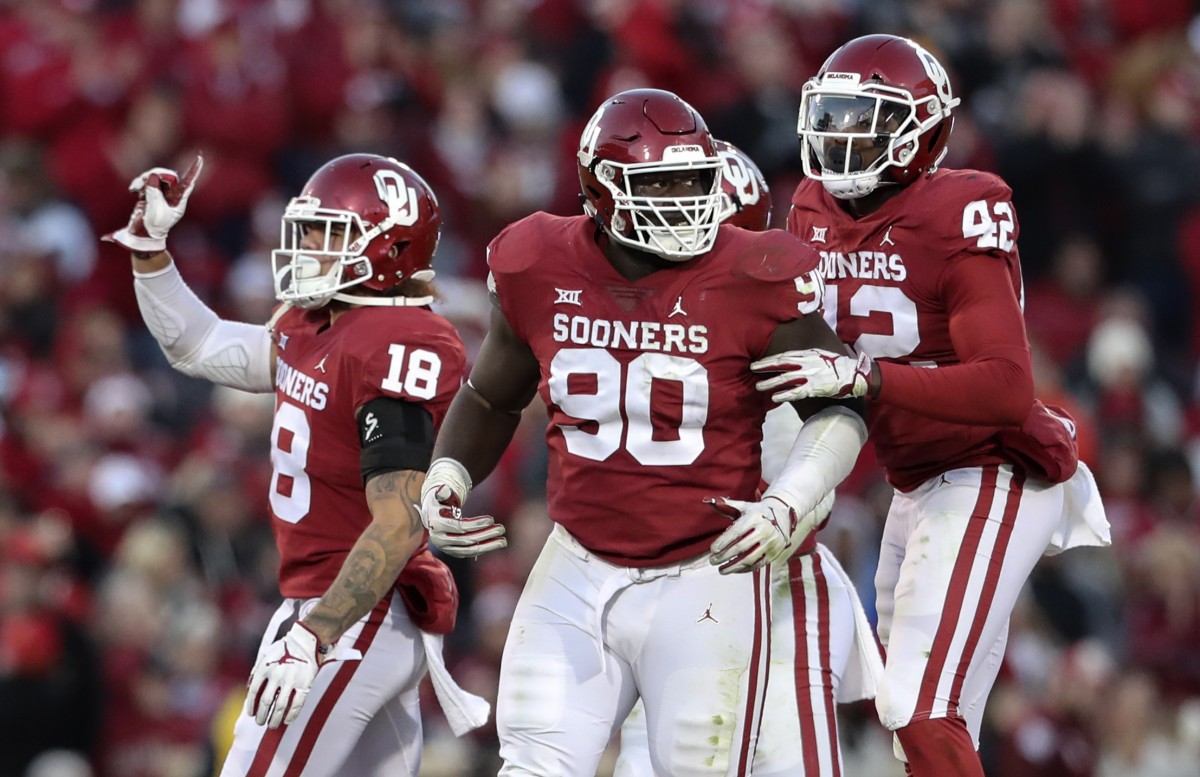 When former Oklahoma DT Gerald McCoy signed a three-year deal with the Dallas Cowboys in March, he called it a dream come true.

When fellow former Sooners CeeDee Lamb and Neville Gallimore were drafted to Dallas in April, that dream got even better.

Things took a turn for the worst once practice began, with McCoy rupturing his right quad tendon and subsequently being released by the team. But his relationship with Gallimore is one that made a lasting impact, even in a brief amount of time.

“The amount he’s helped me out in just a short amount of time, it was a great experience,” Gallimore said. “He really took me under his wing. He reminded me to trust the process and not overthink too much.”

On draft night, Gallimore told media members that he considers himself an “unfinished product,” which made the McCoy signing a timely one. The plan was for McCoy to mentor Gallimore, accelerate his development, and start in his place in the meantime. 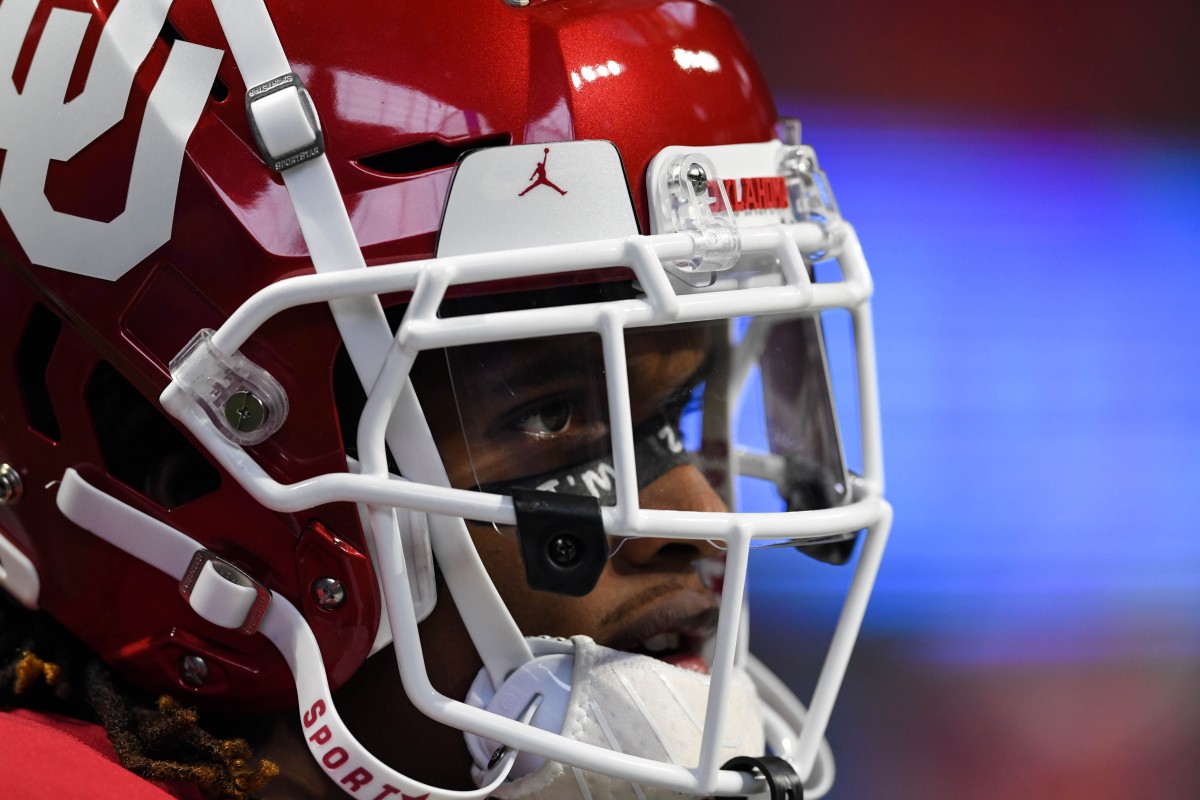 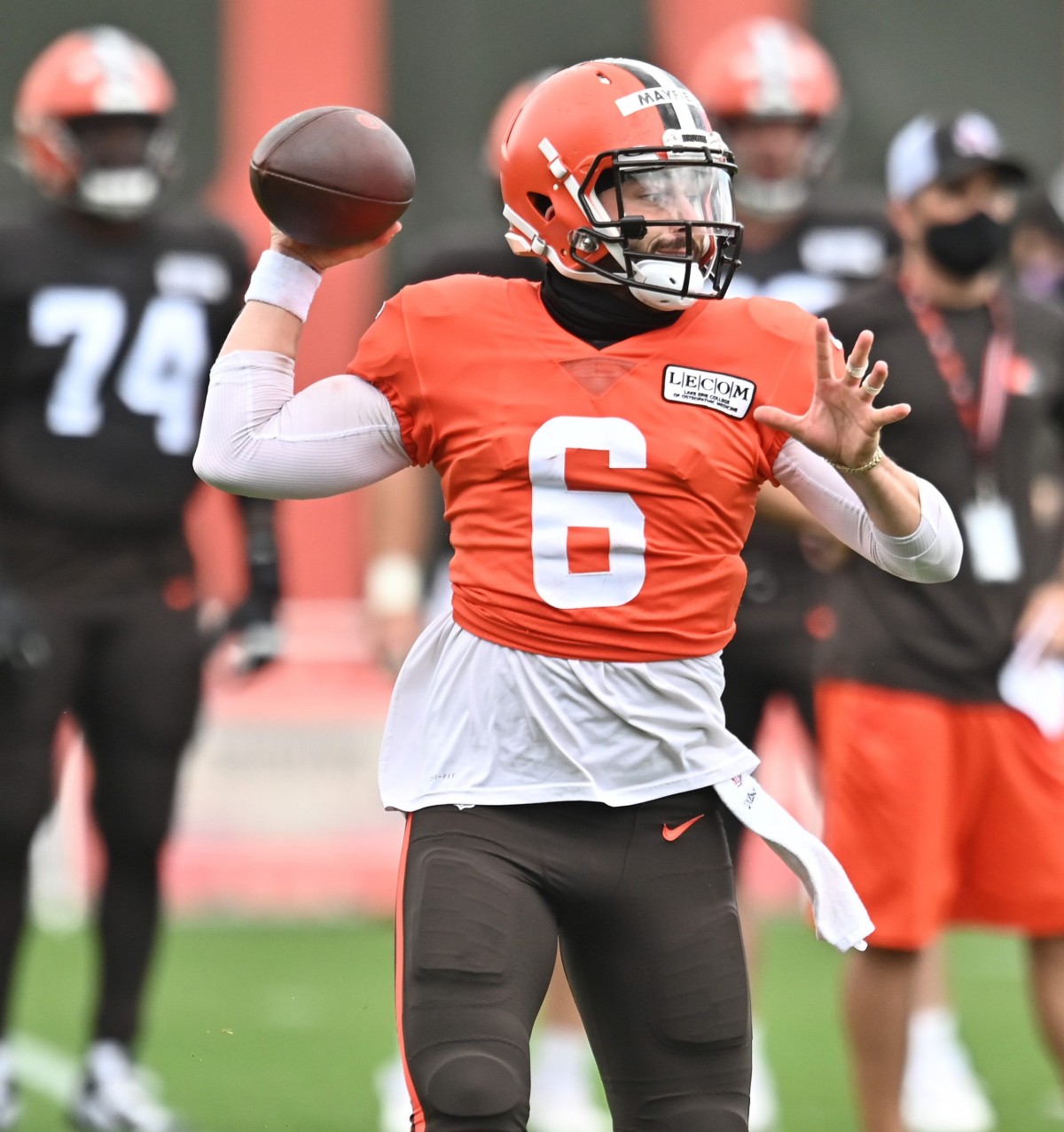 Baker Mayfield’s message rang loud and clear over the video board in FirstEnergy Stadium.

The Browns will be fighting against racial injustice alongside sports teams across the globe.

“We stand in solidarity to all people within our country who are making the commitment, effort and sacrifices necessary work towards positive change for the black community.” Mayfield said.

“That just shows that you’re in it with them. It’s not a separated or it’s not a one-sided movement,” said Mayfield. “I can’t put myself in their shoes for some of the inequalities that they have gone through and some of the things they have gone through, but I am trying to do the best I can by hearing their stories and sharing that. That’s the best part about it is hearing their stories so I can really start to feel their frustration and anger and push forward with them because that is what it’s about. It is about all trying to create change together and be that solution.”

Mayfield has already vowed to kneel during the national anthem this season.

The Browns will kick off their season with a game against conference rival Baltimore on Sept. 13.

Notre Dame recruiting coordinator Brian Polian is excited to have more access to recruits in the 2022 class starting tomorrow. 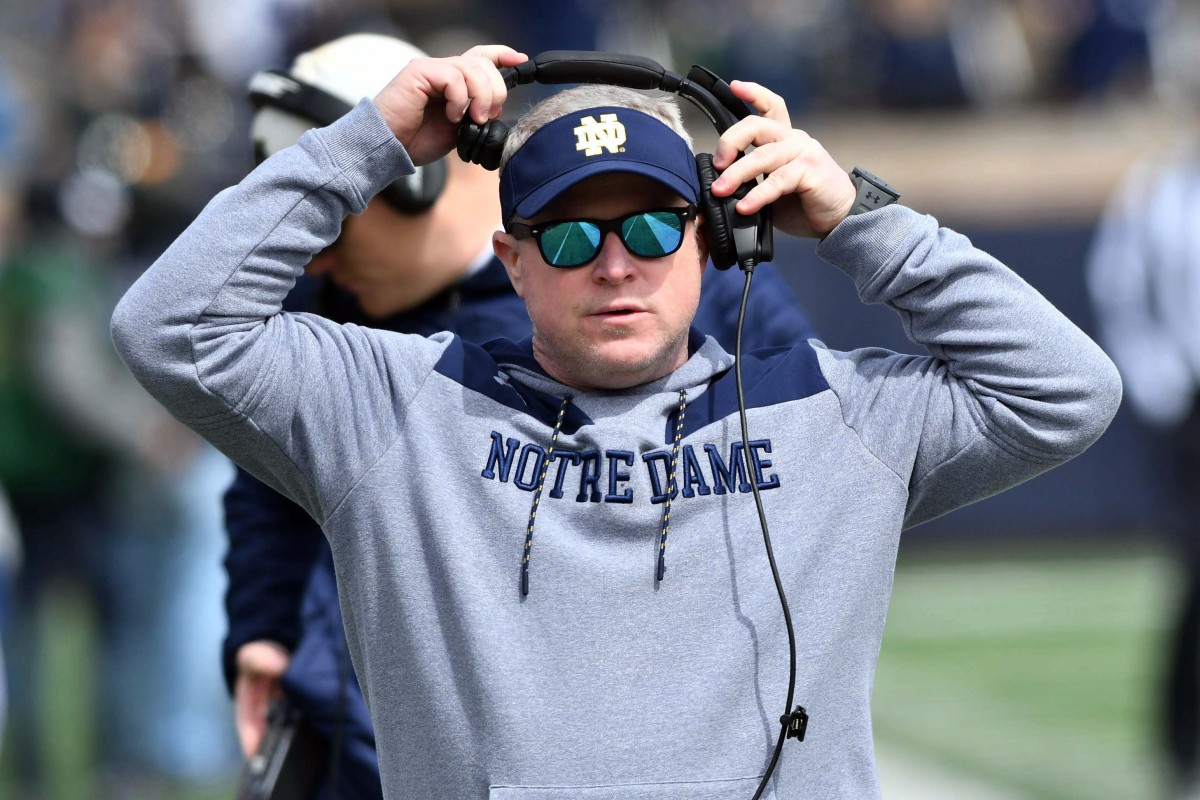 The Notre Dame recruiting class of 2021 has not yet been signed, sealed or delivered, but that isn’t going to stop the staff from going after the next group of talented prospects in the 2022 class. September 1st means that college coaches can up the contact with the ‘22 players, and Notre Dame’s recruiting coordinator and special teams coach Brian Polian is excited.

Class of 2022 prospects – we can begin to text, direct message, and send you mail starting tomorrow, Sep. 1.

We are excited to help you learn more about Notre Dame!
☘️ One of the top educations in the country.
☘️ 33-6 in the last three seasons.
☘️ 511 players drafted to the NFL. pic.twitter.com/FeTN0VXdgh

As Polian points out that Brian Kelly’s coaching staff can now text, send direct messages via social media accounts, and go old school and send mail. You might be thinking mailers still in the internet age? That’s typically an edit, where they superimpose the prospect in uniform, on campus or some other creative way.

This is very popular among recruiting circles and although a bit archaic to send mailers, it’s still a key part of the recruiting process.

Right now the Irish staff has done a great job with limited contact in the ‘22 class, already securing three commitments for a top rated class. Instate offensive tackle Joey Tanona, tight end Jack Nickel and safety Nolan Ziegler comprise the commits, the trio are ranked 4th by 247Sports, while the other two major services (ESPN and Rivals) have yet to rank the teams classes.

The Irish have offered 96 prospects in the ‘22 class and expect that number to rise in the coming weeks. As an example the ‘21 class has offered 143 players while the ‘20 class offered 161. Stay tuned for more recruiting news in the future, as Notre Dame will try and bring in yet another highly regarded recruiting class. 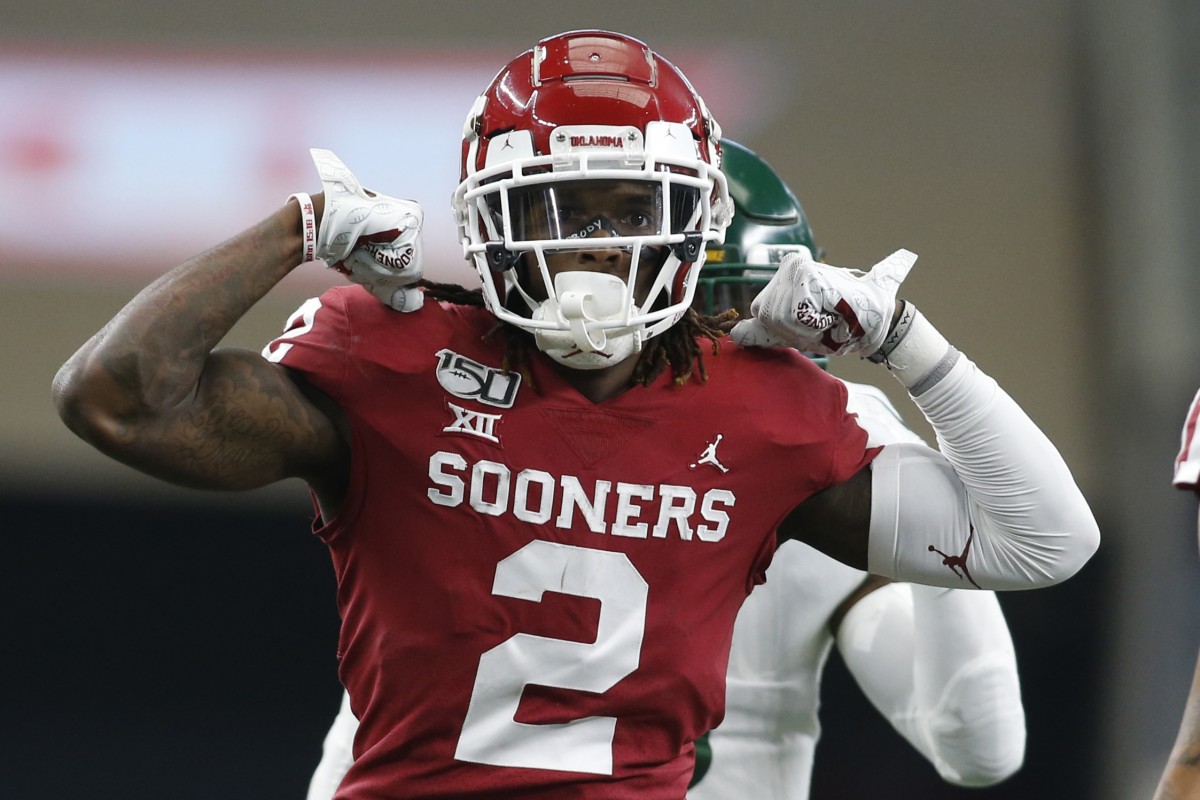 The Cowboys wide receiver corps has been adamant they want three 1,000-yard receivers this year, and with the addition of CeeDee Lamb, they might just get it.

Amari Cooper and Michael Gallup both surpassed 1,000 yards in 2019, and Lamb is no stranger to the feat with two at Oklahoma.

In this weeks Rank’Em, the Dallas Cowboys staff writers remarkably ranked Lamb the top receiver in the team during training camp.

Cooper was ranked second, followed by Gallup at third.

Few receivers have ever been more NFL ready than Lamb. At 6-foot-2, 189-pounds, Lamb is a do-it-all receiver. Whether its quick slants or deep outs, Lamb is electric, and that’s just what the Cowboys are seeing in camp right now.

“He routinely turns out a highlight-reel catch and has the ability of doing it in a variety of different ways.”

The Cowboys are set to take on the Rams on Sept. 13 to kickoff their season.

The Oklahoma City Thunder trailed the Houston Rockets by three at halftime, but Danilo Gallinari was much more involved in Game 6 than he was in Game 5. 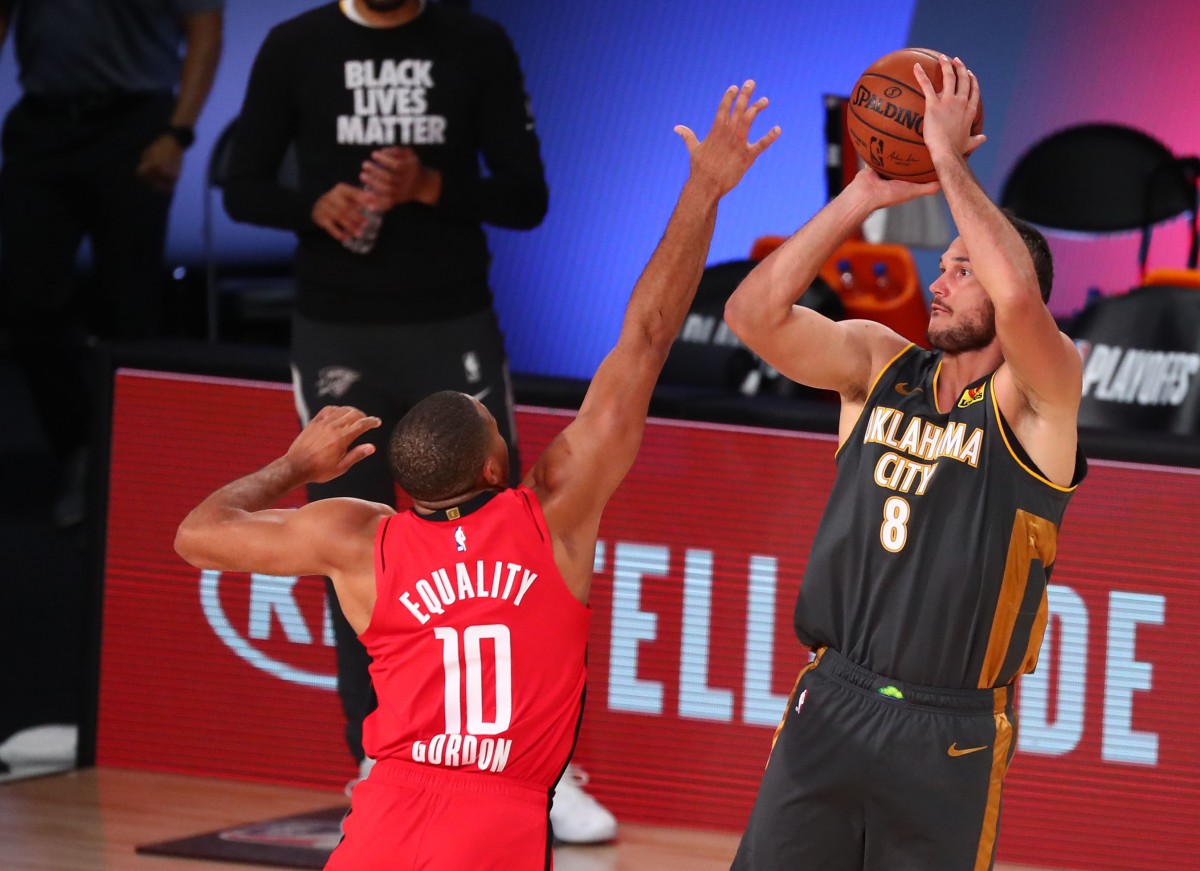 The Oklahoma City Thunder had a much better first two quarters in Game 6 than their final two on Saturday, trailing the Houston Rockets 51-48 at halftime.

The Houston Rockets succeeded in playing Lu Dort off the court early.

However, with him off, the Thunder’s offensive spacing improved and Danilo Gallinari got more involved.

The power forward had 11 points and created some of his own looks as he led the Thunder in scoring.

Guard Shai Gilgeous-Alexander had 10 points on 4-for-6 shooting with a pair of 3s.

He was credited with seven offensive rebounds in the first half and had 10 total rebounds to go with six points.

Rockets guard James Harden led the game with 17 points. He was 1-for-5 from 3 but 5-for-6 from inside the arc.

Houston guard Russell Westbrook had eight points on 4-for-6 shooting and did not attempt a 3.

Eric Gordon hit a 3 at the buzzer to give the Rockets a halftime lead on a play that salvaged his half. He has just five points on 2-for-8 shooting.

The teams had a combined 17 turnovers and 17 points off turnovers. Overall, it was a very fast-paced half, as the teams both had at least 20 fast break points.

There were limited fouls called. The teams attempted six free throws apiece in the first half.

How the Thunder proceeds with Dort will be a question. The rookie played just six minutes, all of which were in the first quarter. Darius Bazley played 12 minutes off the bench and Terrance Ferguson played five.

Dennis Schroder had six points in 18 minutes off the bench. 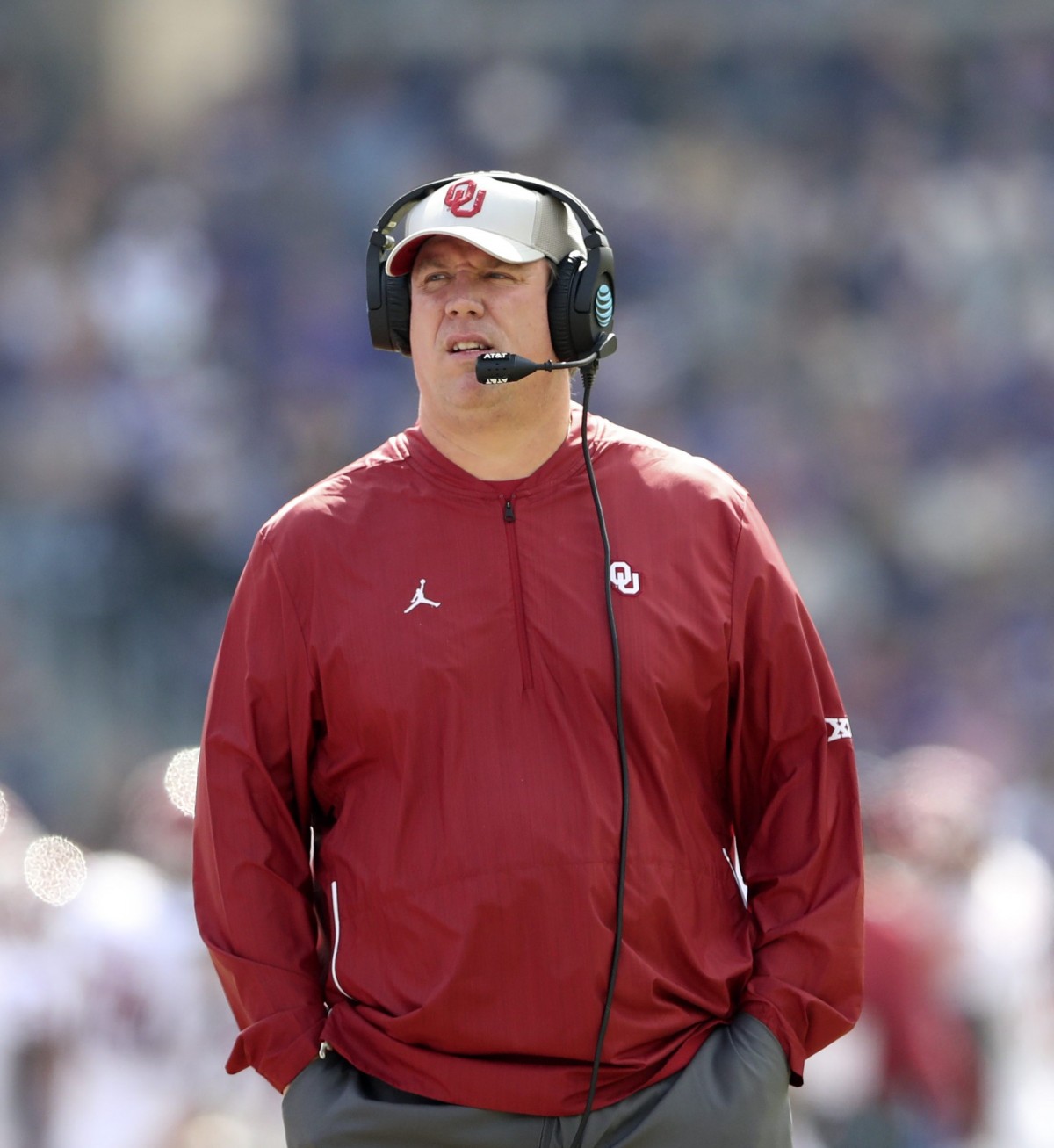 True freshman OL Andre Raym is already working his way onto the radars at Oklahoma. So much so that he has earned his way onto 247’s Freshman Preseason All-American team.

The top recruit in Oklahoma in 2020, Raym portrayed extreme athletic ability. Raym can fit into nearly any spot on the offensive line, throwing him into the mix for playing time for Oklahoma this season.

The Sooners line looked to be set with returners, but Raym’s ability could propel him into a spot. Luckily for offensive line coach Bill Bedenbaugh, several of his pieces are interchangeable, including Tyrese Robinson.

Raym will undoubtedly have plenty of talented players to block for over the coming years, with highly skilled players sprinkled throughout Lincoln Riley’s roster.

Oklahoma is set to kickoff against Missouri State on Sept. 12 before beginning its Big 12 slate.  The Sooners first Big 12 opponent will be Kansas State on Sept. 26.

The Brooklyn Nets may be the next NBA franchise to see their arena become a voting station. 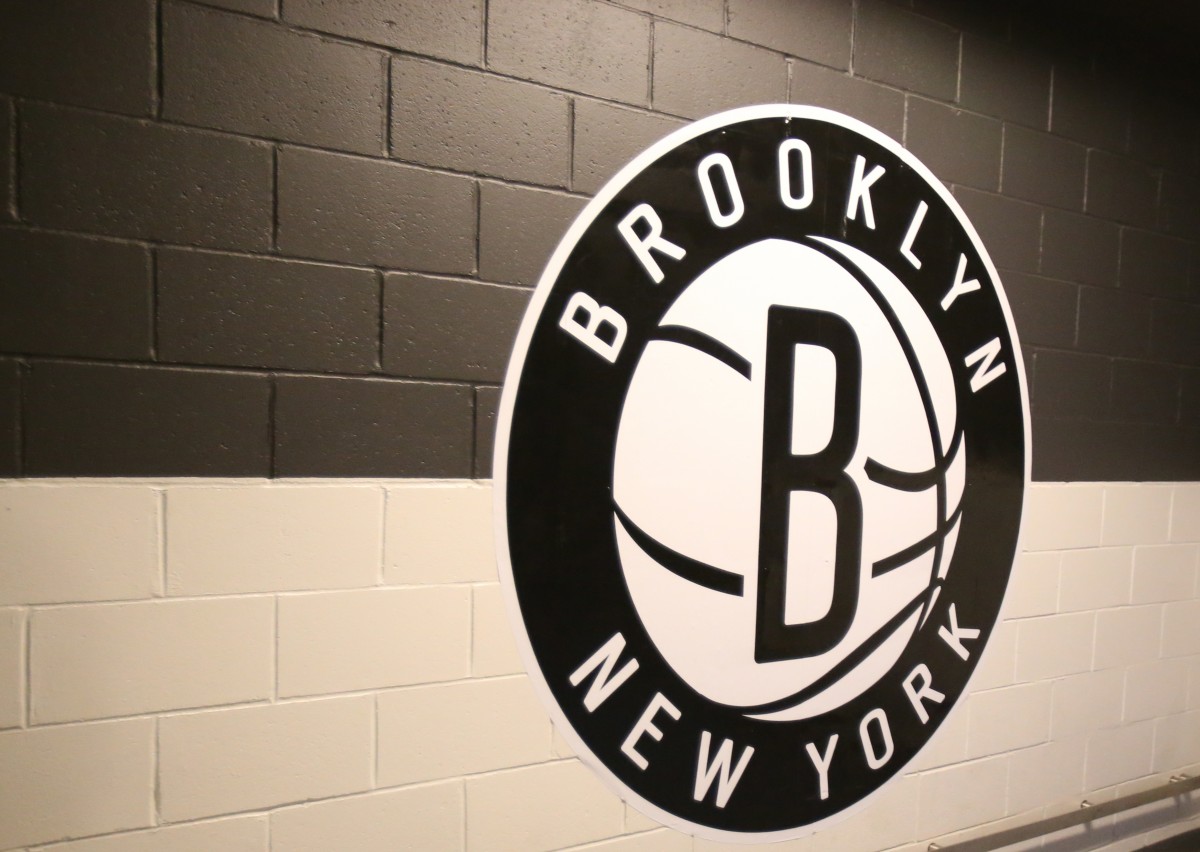 When the NBA and the National Basketball Players Association agreed to resume play on Saturday after the brief hiatus inside the Disney bubble that followed the Milwaukee Bucks’ protest of Game 5 of their first-round series against the Orlando Magic, the league and players agreed to a set of three commitments.

One of the commitments had to do with the 2020 voting process:

In every city where the league franchise owns and controls the arena property, team governors will continue to work with the local elections officials to convert the facility into a voting location for the 2020 general election to allow for a safe in-person voting option for communities vulnerable to COVID. If a deadline has passed, team governors will work with local elections officials to find another election-related use for the facility, including but not limited to voter registration and ballot receiving boards.

According to Brian Lewis of the New York Post, Barclays Center and the NYC Board of Elections are set to make a “major announcement” on Tuesday.

Given the league mandate, it seems likely Barclays Center will become a voting location for the 2020 general election.

Jeff Horn ran out of gas by the end of the second round against Tim Tszyu last Wednesday.

Jeff Horn ran out of gas by the end of the second round against Tim Tszyu last Wednesday in Australia.

That’s the word from longtime cornerman Stephen Edwards, who could only watch as Horn took a beating, went down twice and struggled to survive eight rounds before the one-sided fight was finally stopped.

Horn evidently was not as fit as one would’ve expected him to be.

“By the end of the second round I thought Jeff was gassed,” Edwards told The Sunday Telegraph. “He got by on pure heart from that point.

“From round five onwards there were some robust discussions in our corner about where the fight was heading.”

Glenn Rushton, Horn’s trainer, has been criticized for pushing Horn to come out for the ninth round. Others in the corner – including Edwards – told the referee to stop the fight. He complied.

“Jeff had taken a lot of punishment,” Edwards said. “His legs were gone, his power was gone, his speed was gone and he had no petrol left. We were way behind on the scorecards.

“Because I care so much about Jeff I couldn’t allow him to go back out. Jeff’s a warrior and if he’d had something left he’d have told us to let him go on.”