Willie Gay Jr. has played in just 25.2% of the Chiefs’ defensive snaps this season. 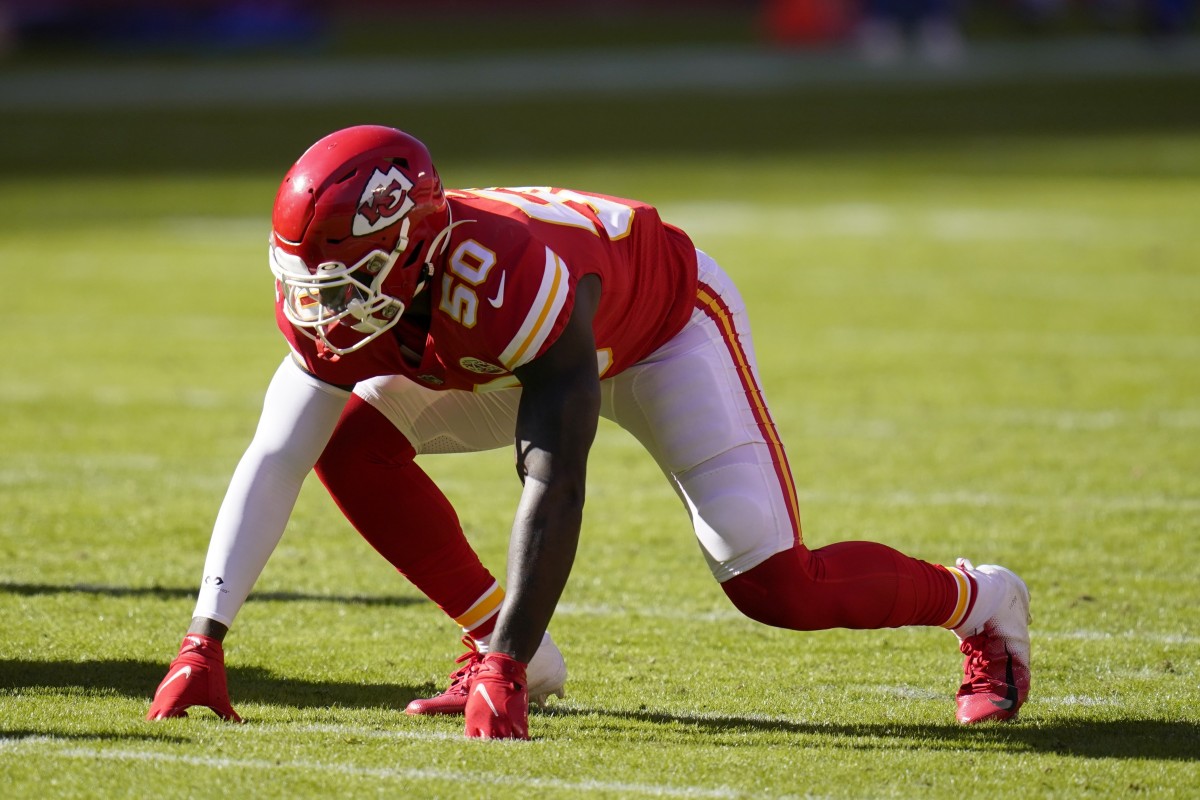 The Kansas City Chiefs have seldom used rookie LB Willie Gay Jr. this season, with just 25.2% of the snaps through the first 11 weeks. His utilization so far this season only seems to come when the Chiefs are in their base defense, with three linebackers on the field. Traditionally speaking, this is one of the least used defensive formations for Kansas City, with the nickel and dime sub-packages much more prevalent.

When the rookie linebacker has had the chance to play, Gay Jr. has shown that the game isn’t too big for him. He’s also been one of the Chiefs’ most productive linebackers. In the three games where Gay Jr. has played in more than 30 snaps, he’s recorded 15 total tackles, one sack, two tackles for loss, one QB hit and two passes defended.

Remember the 43-yard run from #Raiders RB Devontae Booker in Week 5? Yeah, #Chiefs LB Willie Gay Jr. saved another long Booker run from happening in Week 11. He's so stinkin' quick to the ball. Only a five-yard gain, could have been much more. pic.twitter.com/av0Q01eK1o

It’s not just the stat sheet that is impressive with Gay Jr. either. His play speed is noticeably different compared to other linebackers on the field. He has an extra gear that they simply don’t have. It’s not surprising given his athletic profile and the fact that he earned the nickname “Turbo” from his teammates earlier this offseason.

Not sure how you watch him play and come away with anything other than, "He needs to play every down." Starts at the opposite hash, shot out of a cannon to stop this play. If Gay Jr. doesn't make this tackle this could be 7 points instead of 7 yards for Waller. #ChiefsKingdom pic.twitter.com/FFMFWw3hJt

There wasn’t a lot of good to take away from the Chiefs’ defensive performance in Week 11. They gave up a lot of catches, first downs and points in Las Vegas. One of the few bright spots was Gay Jr. coming out and proving once again that he can play at a high level when called upon. He’s making plays in the passing game and in the run game. He’s affecting the quarterback — something the Chiefs aren’t doing enough of this season.

The problem is that Gay Jr. hasn’t been called upon nearly enough to this point of the season. He has just three games with 30 or more snaps, two coming against the Raiders and the third coming against the Broncos. With the bye week behind us and six weeks left in the season, it’s time to unleash the rookie and see what he’s capable of outside of the snaps he’s getting in the base defense.

Get to know the newest offensive linemen for the Kansas City Chiefs with these three plays. 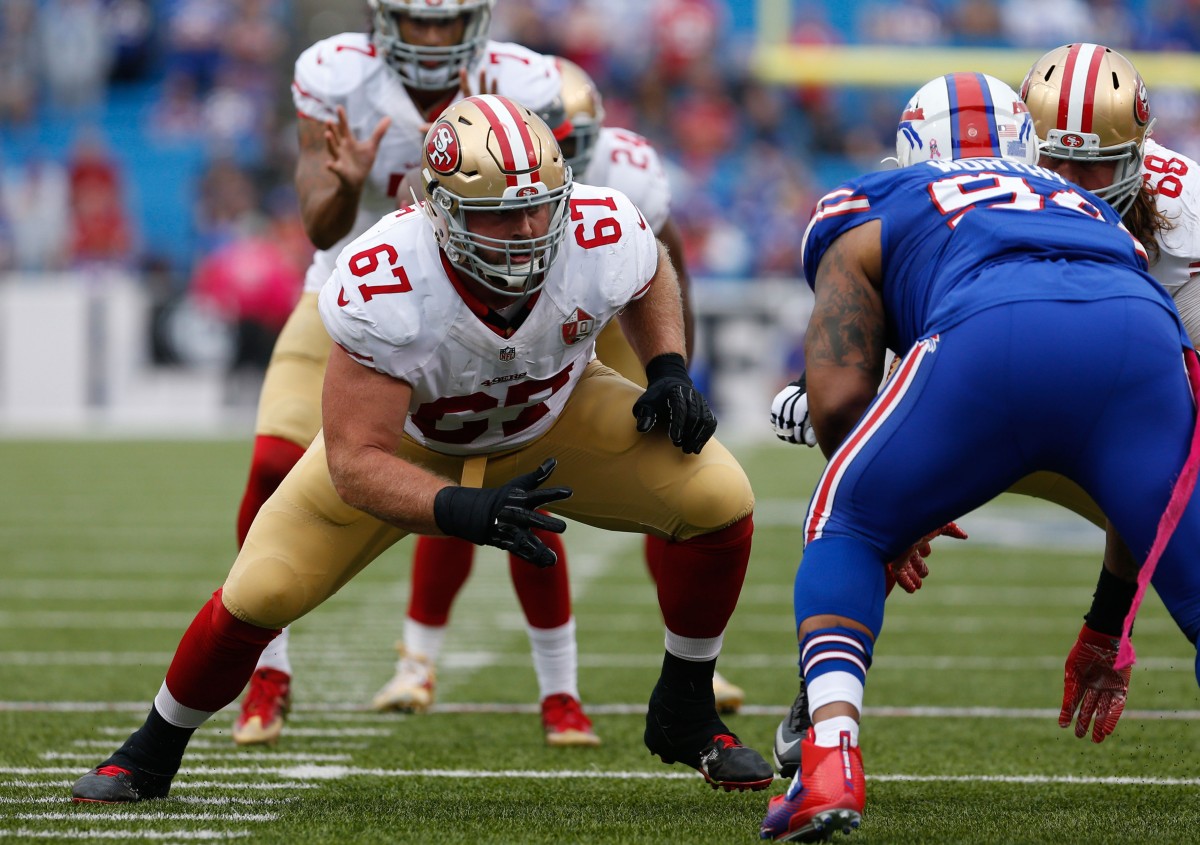 The Kansas City Chiefs have added a new center to the mix, signing veteran center Daniel Kilgore to the roster on Thursday. The team continues to add salty veterans to the offensive line, adding nearly 4,000 snaps of experience over the span of nine seasons with Kilgore.

The team went through plenty of attrition along the offensive line in 2019 on their way to Super Bowl LIV. Having a number of veterans in the fold provides the team with plug and play options throughout the grueling season.

Here’s a look at three plays that show what exactly the Chiefs are getting in their newest player:

I wanted to point to a play, like with my Adrian Colbert review, where Kilgore indirectly helped the Chiefs by making a good play. This was two plays prior to the Mike Gesicki touchdown for the Dolphins that gave them the lead over the New England Patriots in Week 17 in 2019. Kilgore is playing center, wearing No. 67 for Miami.

I’ve noticed that Kilgore is always ready for whatever tricks the defense tries to throw at him in pass protection. He makes good IDs on blitzes, twists and stunts. I was really impressed with how he passes off the nose tackle and picked up the blitzing Dont’a Hightower here. He gives Ryan Fitzpatrick just enough time to make the throw to former Chiefs WR Albert Wilson.

It might seem like a really ordinary play from Kilgore, but when you consider the types of pressure looks that Patrick Mahomes and the Chiefs offense will see this year, it’s important to play on your toes.

Three plays that describe the type of player the Kansas City Chiefs are getting with Adrian Colbert. 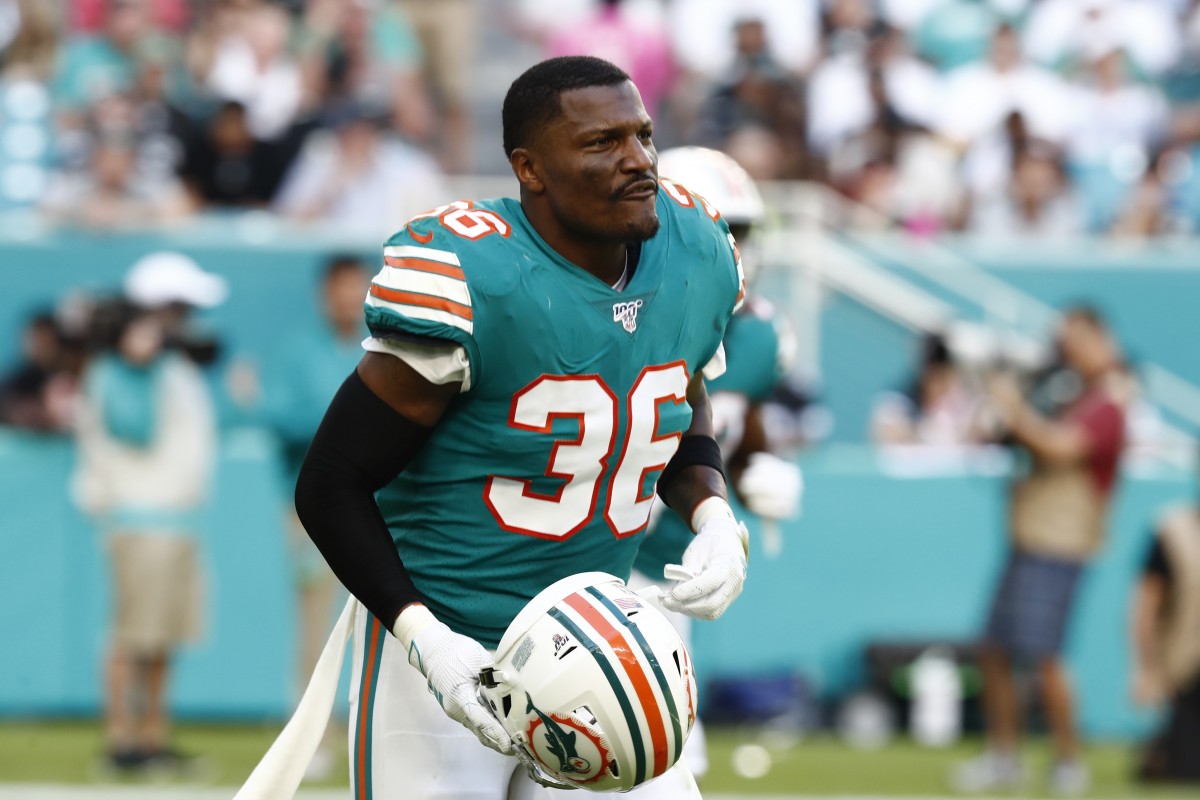 The Kansas City Chiefs are set to add a new safety to the mix, agreeing to sign DB Adrian Colbert once he passes his mandatory COVID-19 screening. The team seems to want to add some more competition to the mix at the safety position, even with Juan Thornhill returning to practice for Kansas City.

It’s crucial for the Chiefs to have three safeties that can play on the field together in their big nickel package. They utilized it often last year, even late in the year after Thornhill had suffered his knee injury. It’s also important that Kansas City has enough bodies at training camp. With the amount of passing they do, safeties are doing a lot of running in practice and guys can get worn down quickly.

Here’s a look at three plays that show what exactly the Chiefs are getting in their newest player:

This is one of my favorite plays from Colbert because he wasn’t even credited for an assist on the play, but he absolutely makes the play happen. He’s lined up as the single-high safety — No. 36 for the Dolphins — the furthest from the play. He’s the last line of defense for his team.

You’ll notice that Bengals RB Joe Mixon gets every defender moving to their right, but Colbert sees what is about to happen. Mixon cuts it back and the defensive end loses backside contain. Instead of waiting for Mixon to come to him, Colbert crashes down and fills. Now Colbert misses the tackle, over-running the play slightly, but he also forced Mixon back inside where there are a number of friendly jersey’s ready to wrap him up.

It’s not perfectly executed, but the end result is a one-yard gain for the Bengals when it could have been much more. It came down to a good heads-up play by Colbert and an attacking mentality from the safety. That type of mentality and awareness will mesh well with the group that Kansas City currently has at the safety position.

Four plays that describe the type of player the Kansas City Chiefs are getting with Kelechi Osemele. 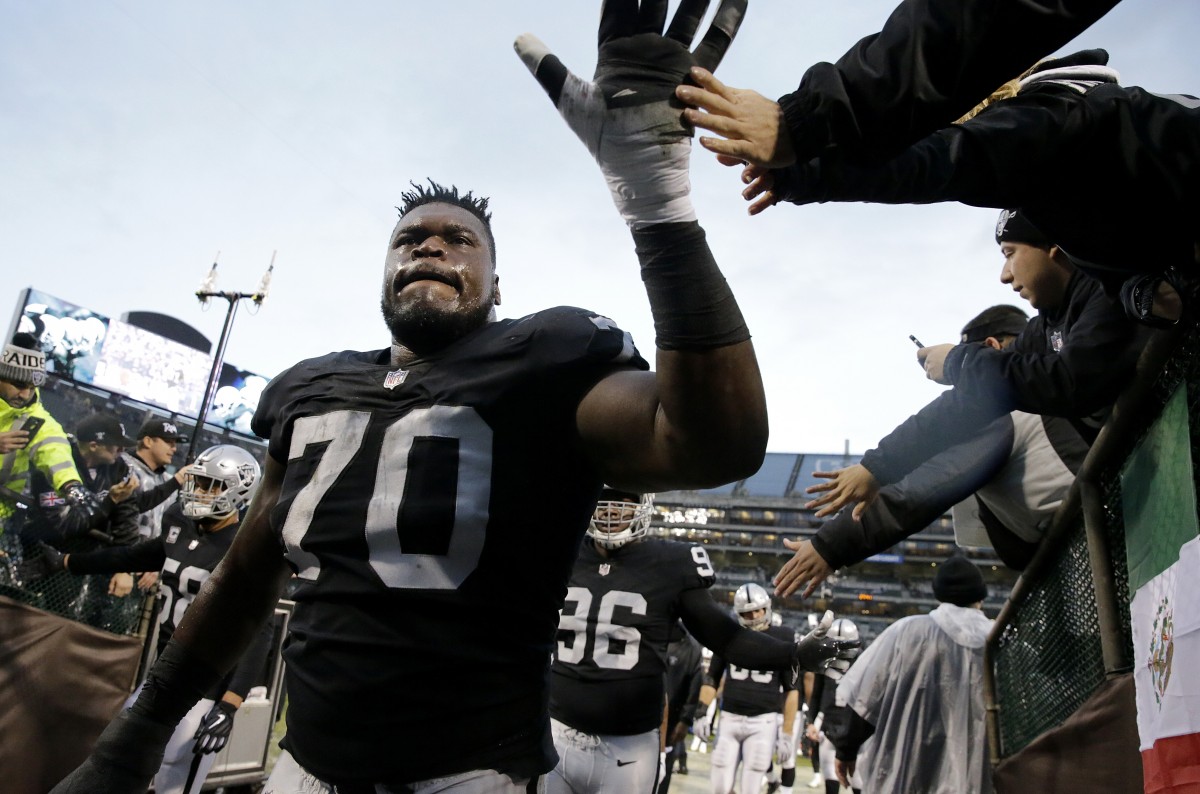 The Kansas City Chiefs added a new guard into the fold, agreeing to terms with free-agent OG Kelechi Osemele on Saturday evening. To the naked eye, the proximity to Laurent Duvernay-Tardif’s opt-out decision suggests that Osemele might be an option at right guard. However, the eight-year veteran has practically played left guard for the entirety of his career. No matter where he plays, the Chiefs are getting a veteran offensive lineman — who when healthy — is quite effective.

Here’s a look at four plays that show what exactly the Chiefs are getting in their newest player:

A player who is always looking for work

It didn’t take long for me to find a standout play from Osemele from the 2019 season. I started with his first preseason game for the New York Jets and three plays into it he’d already impressed me. Osemele is an enforcer in pass protection. He doesn’t just sit back and wait for the play to come to him. Instead, he’s always looking for ways that he can impact the play, even if that means going beyond his initial assignment within the framework of the play.

Didn't take long to find a standout Kelechi Osemele play from 2019. This was the third snap in preseason Week 1, he's No. 70 at LG. Good god almighty, he killed Lorenzo Carter! #ChiefsKingdom pic.twitter.com/yJz8iQTj6m

Here Osemele peels off of his assignment and delivers a finishing blow to New York Giants defensive end Lorenzo Carter, who is engaged with the left tackle. This isn’t a one-time occurrence for Osemele either, look back at 2016 when the Chiefs played in Oakland. You’ll find a near-identical play against Chiefs ROLB Tamba Hali where Osemele disengages his blocker and flattens Hali. This is exactly the type of effort that you want to see from a guy tasked with protecting Patrick Mahomes when he drops back to throw.