The Gators lost by 18 points to Kentucky at home, the latest disappointing conference loss under coach Mike White. 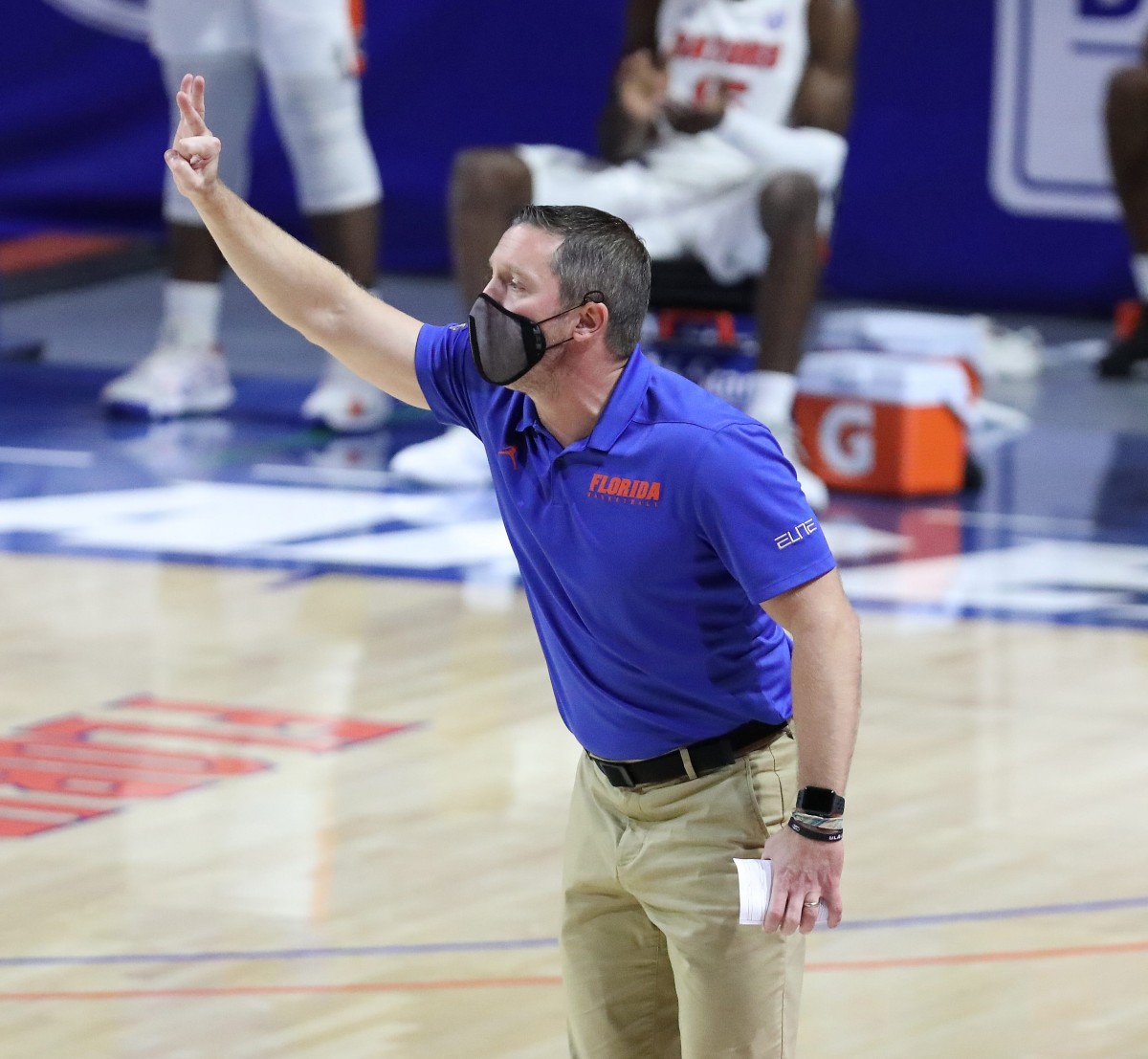 On Saturday, Florida lost its third game of the season and second of conference play. Favored at home against a Kentucky team that was just 3-6, the Gators were utterly dominated in a 76-58 beatdown.

A huge loss to Alabama in UF’s previous outing may have been somewhat excusable; the Crimson Tide were coming off an upset win over a top-10 team in Tennessee. But this is a Wildcats team that limped into this contest. It barely beat a Vanderbilt team in Lexington that Florida took down on the road by 19 points.

And yet, the Gators were no match.

Right away, let’s address the elephant in the room. Florida is clearly limited without one of the SEC’s top players in Keyontae Johnson. Since his scary collapse in December, UF’s depth in the frontcourt has been strained.

It’s unfair to expect the Gators to not take a step back. But the truth is, Johnson’s presence likely wouldn’t have changed the outcome of the Kentucky game. Florida shot 38 percent from the field against the Wildcats and turned the ball over 16 times.

And even without your best player, there’s no excuse for performing that way. Especially against a struggling team like Kentucky. And especially in Year 6 under Mike White.

It’s an open secret in Gainesville that a vocal section of the fanbase wants White gone. Don’t believe me? Search his name on Twitter after the next UF loss.

Granted, such a decision should not be made with a devil-may-care attitude. After all, his tenure in Gainesville has been far from a failure, at least by any reasonable metric. The Gators haven’t missed the NCAA Tournament since White’s first season, and that team improved upon its record from the prior year under Billy Donovan.

In Year 2, Florida went 27-9 and reached the Elite Eight. But since then, things have stagnated. UF didn’t get past the Round of 32 the following two years, and White hasn’t been able to recreate the formula that led to his early postseason success.

It’s hard to hold White to the same standard as Donovan. But even if you don’t look at his time at UF through the lens of a program less than two decades removed from winning back-to-back national titles, it’s been full of disappointment. Top recruits haven’t panned out, strong starts were undone by losing streaks and many of the same problems continue to plague this team year after year.

This isn’t me saying it’s time to move on from White. Even given everything I said above, UF could conceivably do a lot worse. White has a solid 101-61 record. He’s won five NCAA Tournament games.

A lot of coaches can’t say the same, and if you don’t think Florida’s floor as a program is far below where it’s been the last few years, I don’t know what to tell you.

But with each year that passes, each year of offseason lies told about how “this will be the year,” the more it begins to feel like UF may never reach the precipice under White.

The cancellation of last season’s NCAA Tournament due to COVID-19 really put UF athletic director Scott Stricklin in a difficult spot as far as evaluating the future of the program. Last year’s team was supremely disappointing, but it was playing much better toward the end of the season. A tournament run felt like a possibility.

We’ll never know how the season would’ve panned out and neither will UF administrators, but as a result, the year was essentially an incomplete sample size. It’s difficult to draw conclusions one way or another.

White’s contract also complicates matters slightly. In what was a questionable decision by the administration, he was extended prior to last season through 2024-25. Now, if Florida chooses to go in another direction, it will owe him a buyout somewhere in the ballpark of $1 million.

Not chump change for a basketball coach, but certainly not insurmountable for a program of UF’s stature.

Florida has a lot of basketball yet to play. But as things stand right now, this is a bubble team, at best. And if the Gators fail to make a run in the tournament this year (or miss it altogether), it could be time for those uncomfortable conversations about the direction and future of the program to take place.