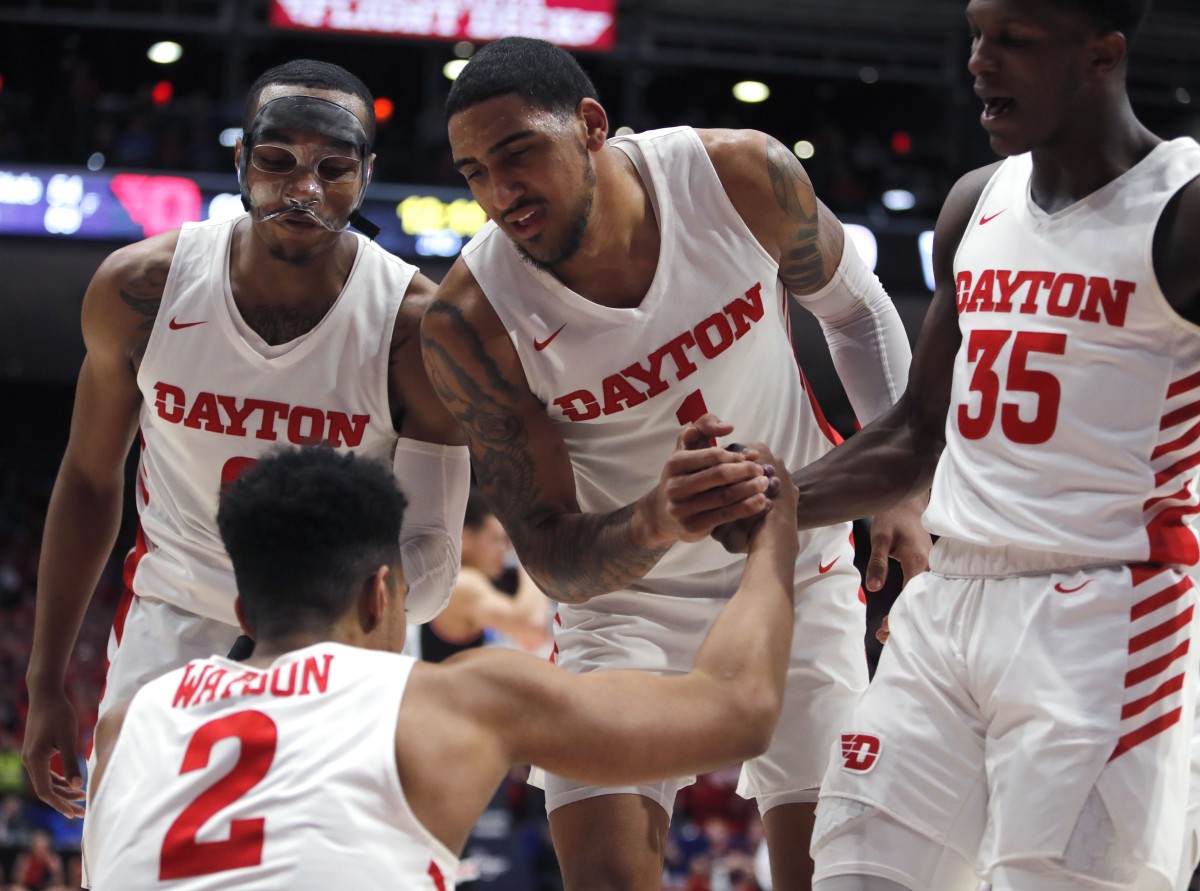 A lot of March Madness fans are familiar with Dayton college basketball as the host of the midweek play-in games, which it has done every year since 2001. Then, before even the first Cinderella loses a slipper, the tournament is elsewhere, grinding out overlapping games on televisions, laptop screens, tablets and phones. And Dayton is relegated in memory as a pre-bracket before the real bracket.

Enter the 2019-20 Dayton Flyers (29-2) — a well-constructed, talented, versatile basketball team. One that may well put Dayton at the other end of the bracket this year. As the last team in that bracket — as national champion. Below, we lay out the key reasons Dayton will weave its way through the brackets and win the title.

Dayton’s 80 points per game lead a talented Atlantic-10 which can boast five top-60 teams. Three of those teams — VCU, St. Louis, Rhode Island — are exceptional defensively. And the Flyers have averaged 76.5 PPG against them. The scoring comes from being the nation’s top shooting team. UD owns an effective field-goal accuracy mark (a shooting measure that equalizes 33.3% on 3-pointers with 50% on 2-pointers) of 59.7%.

Get some action as the college basketball season winds down by placing a legal sports bet at BetMGM! New customer offer: Risk-free first bet! Visit BetMGM for terms and conditions.

UD defends well: the Flyers rank 51st in the nation with a 46.6% eFG. Dayton is average in forcing turnovers and well above average in blocking shots. What the Flyers do best is the flip side of their shooting coin: they defend shots. Also notable in Dayton’s shooting and defense thereof is the broad base on both sides. Offensively, UD is proficient in the paint, on mid-range jumpers and on 3s. On defense, the Flyers put a stop sign on the same shot types.

Dayton sports a deep rotation with a near-perfect mix of seniors, juniors, and sophomores … of 6-foot-1, 6-5, 6-7, and 6-9 athletes. It all equates to balance on both sides of the floor and makes for a variety and flexibility that can be tough to match up against.

When all of the above works in a fluid team environment, all is well. But when that breaks down, it’s nice to have some elite talent on which to lean. Enter 6-9 sophomore forward Obi Toppin, a tremendously athletic go-to player in the running for national player of the year. Toppin is averaging 20 points and 7.5 rebounds per game. He’s shooting 63.3% from the floor and 39% from 3-point-land. Jalen Crutcher, a 6-1 junior guard, is averaging 15.1 points and 4.9 assists per contest. Crutcher is the lead distributor on an unselfish team that passes the ball with purpose and fluidity.

Peripheral analytics reveal a high level, well-coached basketball team that plays well away from home and puts together consistent performances without big peaks and valleys. The Flyers are remarkably efficient on offense, adequately efficient on defense, and above-all-others efficient in establishing, building upon and protecting leads in basketball games.

All of this is what they’re going to want to do six times in a row in the NCAA Tournament.