Take a look back at a mic’d up Chris Godwin during last season’s Week 1 opener against the San Francisco 49ers. 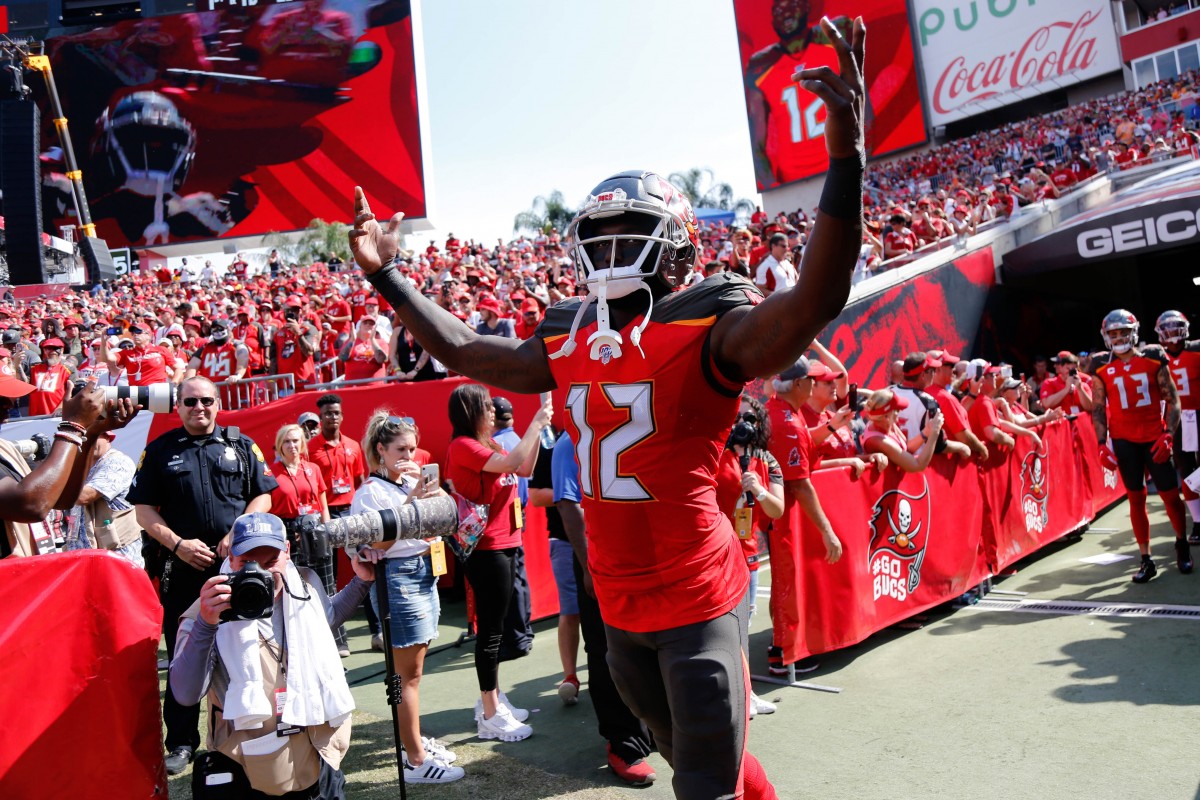 2020 could be another big year for wide receiver Chris Godwin. The Bucs star had his coming out party in 2019, finishing the year with 86 receptions for 1,333 yards and nine touchdowns, earning his first Pro Bowl selection.

Godwin will now have Tom Brady throwing him passes, meaning a big payday for the Bucs receiver could well be on the horizon.

In honor of #ThrowbackThursday, let’s take a look back at a mic’d up Godwin during last season’s Week 1 opener against the San Francisco 49ers.

Take a look back to Week 4 of the 2019 season when the Buccaneers went off on the Los Angeles Rams. 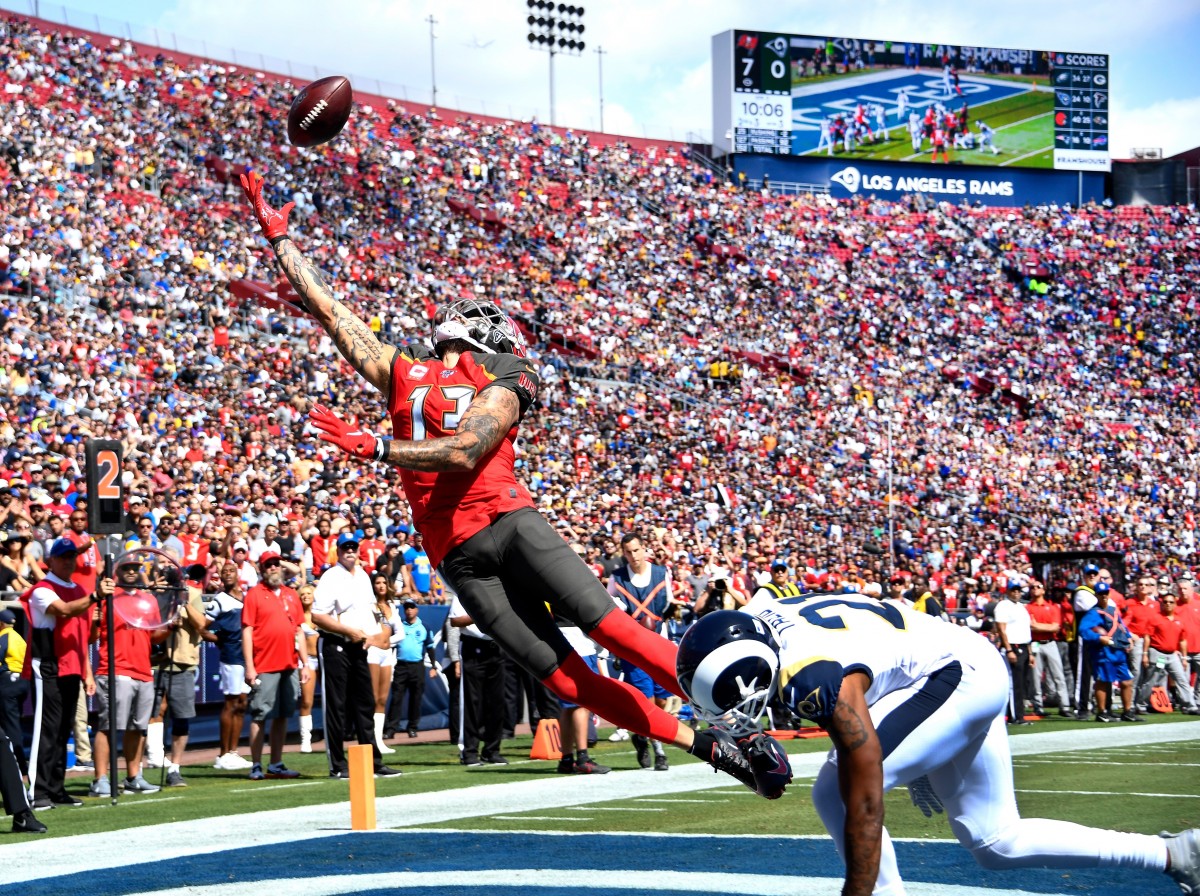 The Los Angeles Rams will visit the Tampa Bay Buccaneers this season in a Week 11 Monday night showdown.

Los Angeles will be looking for a little redemption and payback after the Bucs embarrassed them on their home field back in Week 4 of last season, putting up a franchise-record 55 points on the defending NFC champions.

While Jameis Winston won’t be the quarterback under center for the Bucs this time around, they will have six-time Super Bowl champion Tom Brady leading the charge. Brady, himself, has some history with these Rams, beating them in Super Bowl LIII while he was a member of the New England Patriots.

Take a look back now at highlights from the Bucs-Rams game from last season.

Take a look back at Bucs head coach Bruce Arians during his playing and coaching days at Virginia Tech. 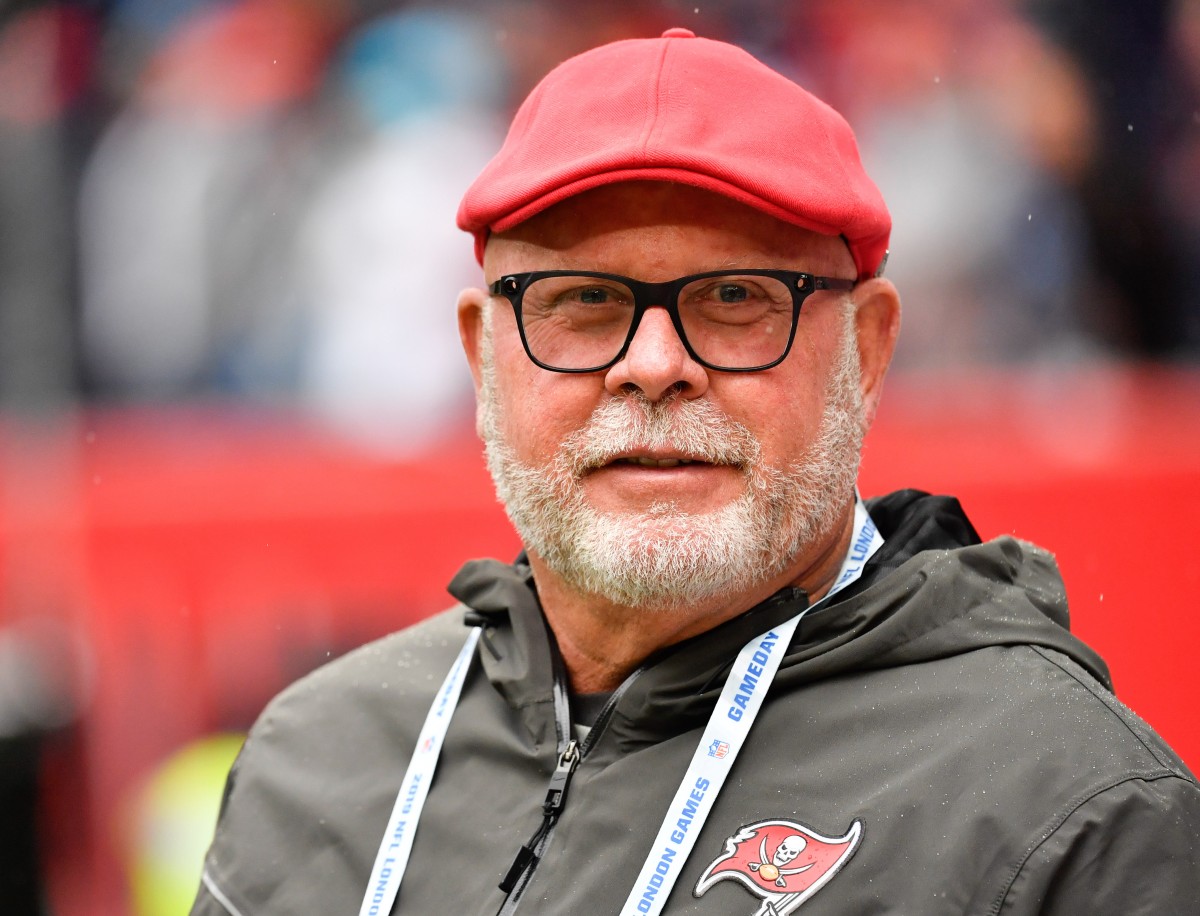 But that distinct Arians look is a far cry from what he used to look like back in the day. Way back in the day. In honor of Throwback Thursday, here are a few pictures courtesy of Virginia Tech showing us a young Bruce Arians during his playing days and early coaching days back in the 70s. 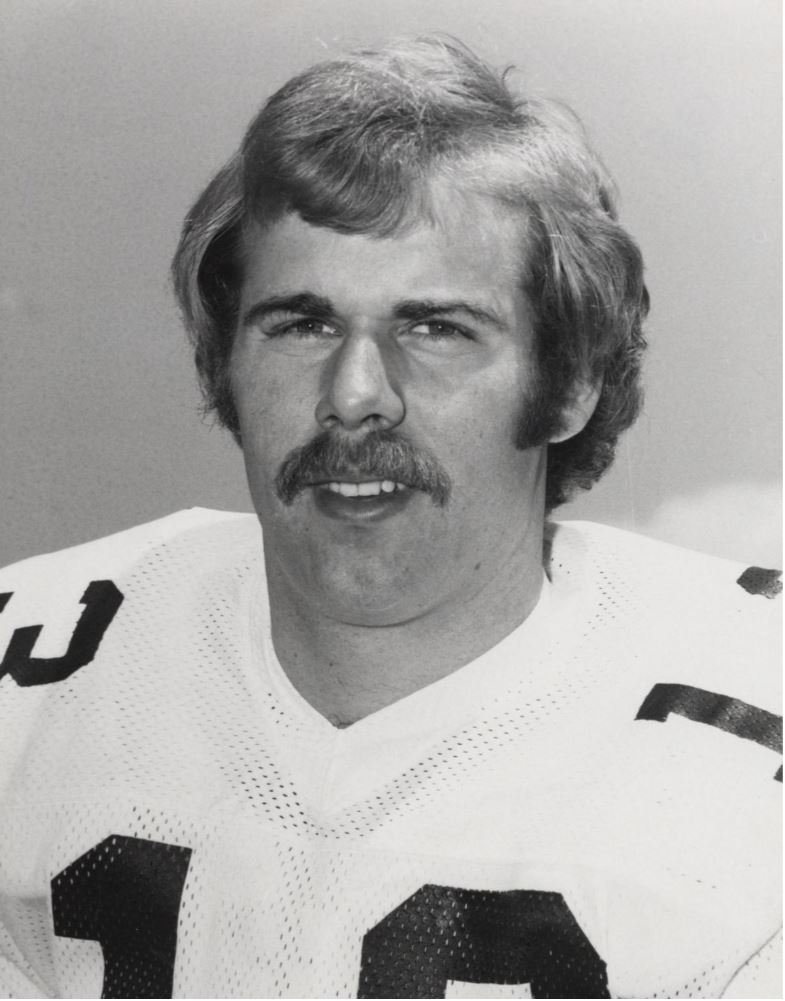 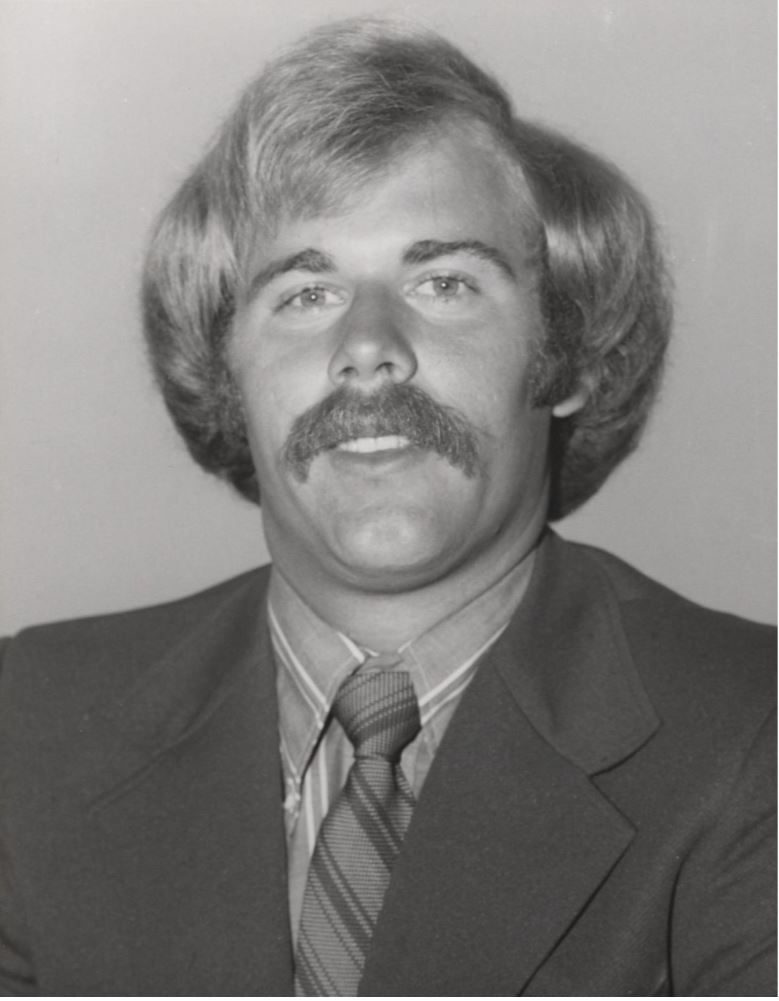 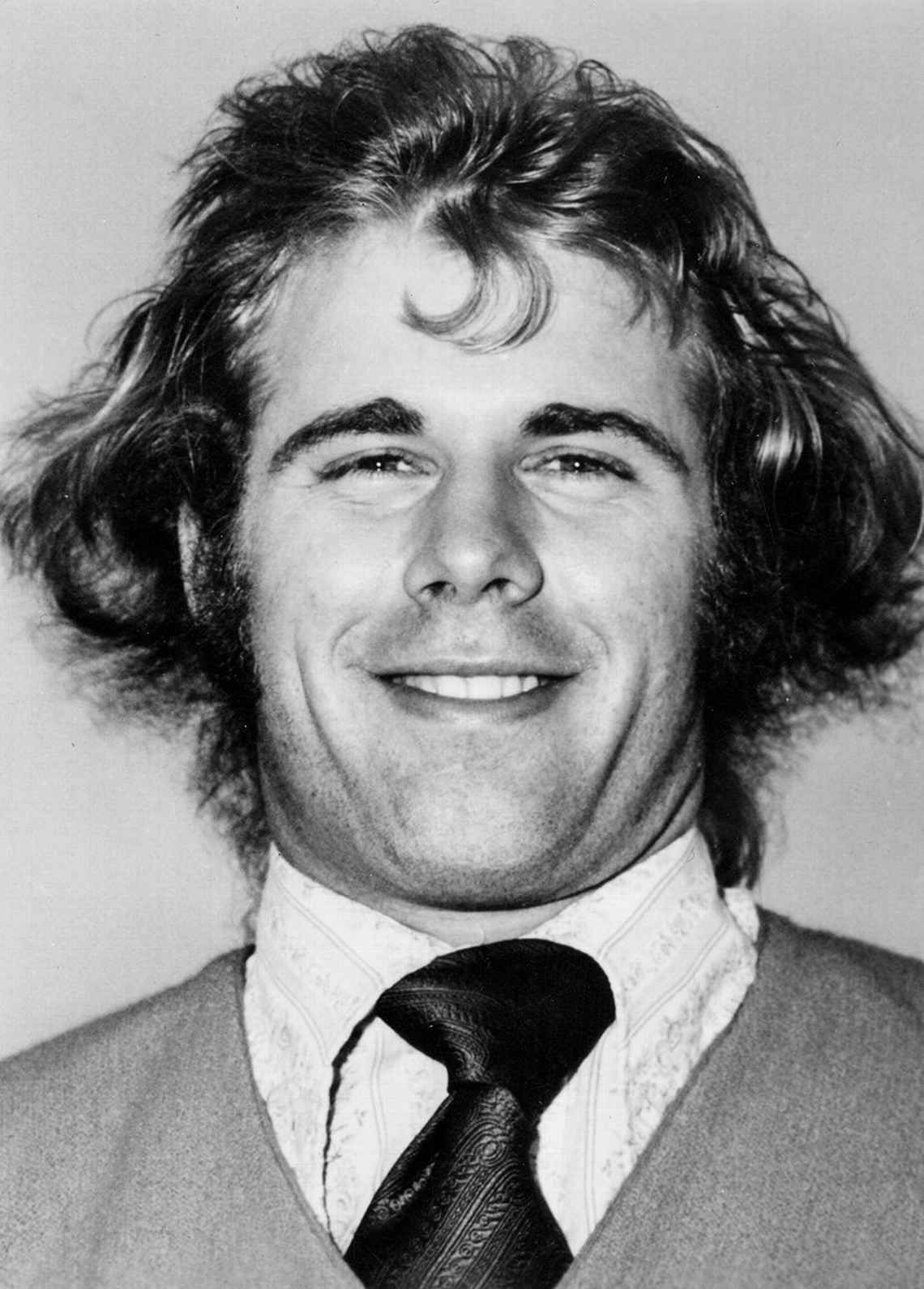 Take a look at some old highlights of former Bucs QB Doug Williams, who wore No. 12 for Tampa Bay long before Tom Brady. 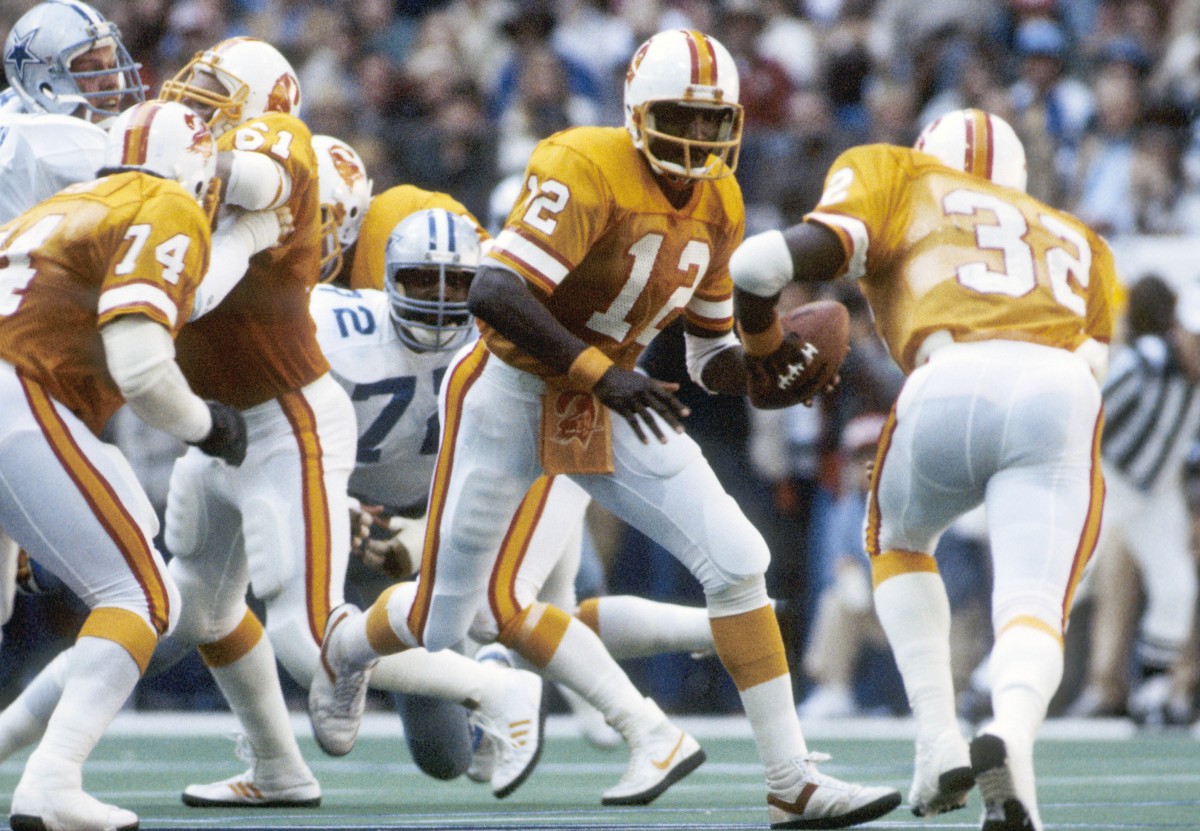 Tom Brady will be able to keep his TB12 nickname after Bucs wide receiver Chris Godwin gave his No. 12 jersey to Brady and switched to No. 14

While Brady may be best known for wearing 12 in New England with the Patriots, he won’t be the first quarterback to don that number for the Buccaneers.

One of Brady’s No 12 predecessors was Super Bowl champion Doug Williams. Williams played for the Buccaneers for five years after being a first-round pick in the 1978 draft. After his stint in Tampa Bay, he went on to the Redskins and led the team to victory in Super Bowl XXII, earning Super Bowl MVP honors along the way.

In honor of Williams (and his days wearing No. 12 for the Bucs) here’s a little highlight reel for Throwback Thursday.

Take a look back at Ryan Fitzpatrick’s memorable game against the New Orleans Saints in Week 1 of the 2018 NFL season. 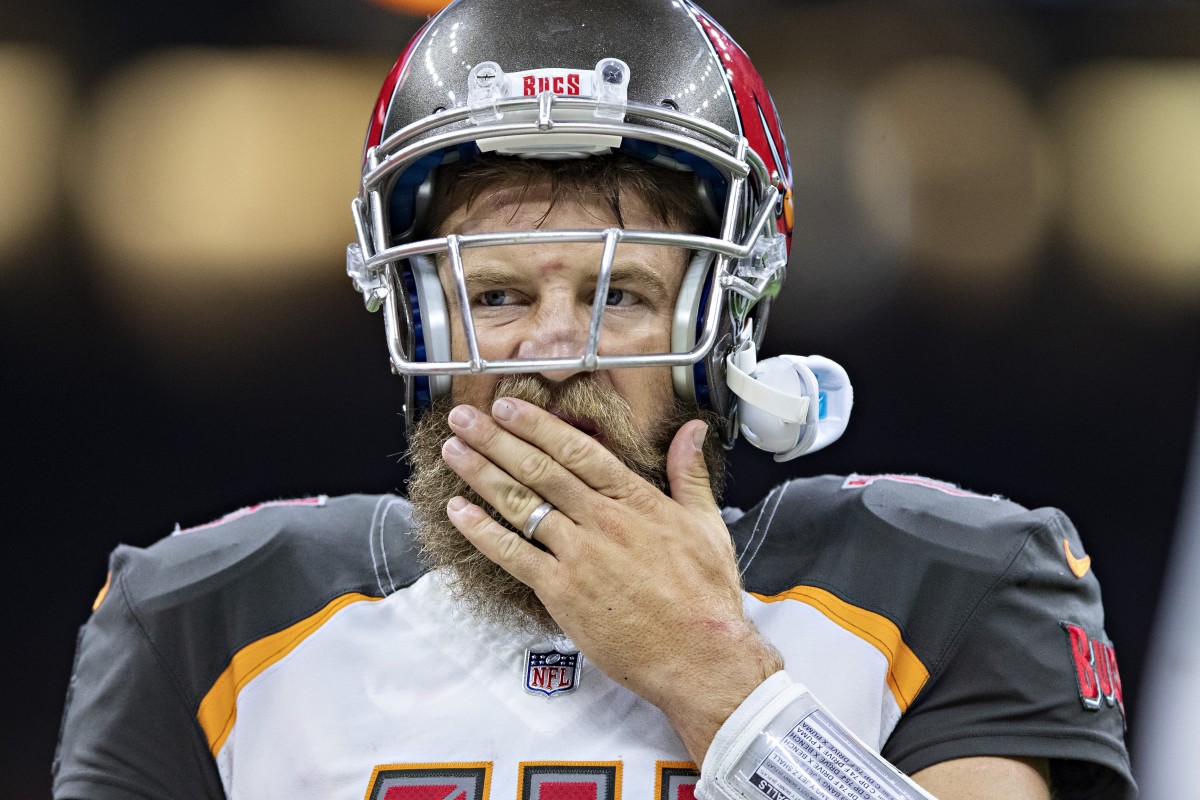 The NFL is set to release the 2020 schedule tonight, which means we’ll finally know who Tom Brady will face off against in his first game as quarterback of the Tampa Bay Buccaneers.

While Brady’s first game as a Buccaneer will be a memorable one for sure, it may be hard for him to top the Week 1 performance of former Bucs quarterback Ryan Fitzpatrick, who went off against the New Orleans Saints in the Superdome back in the 2018 opener.

With Jameis Winston serving a three-game suspension, Fitzpatrick took over the offense for the Bucs, and threw for 417 yards, four touchdowns and zero picks against New Orleans, while also rushing for 36 yards on 12 carries with one score. The Bucs would go on to stun the Saints 48-40.

Take a look back now at highlights from that game.

Take a look back now to the 2019 NFL draft, when the Tampa Bay Buccaneers selected a linebacker out of LSU named Devin White. 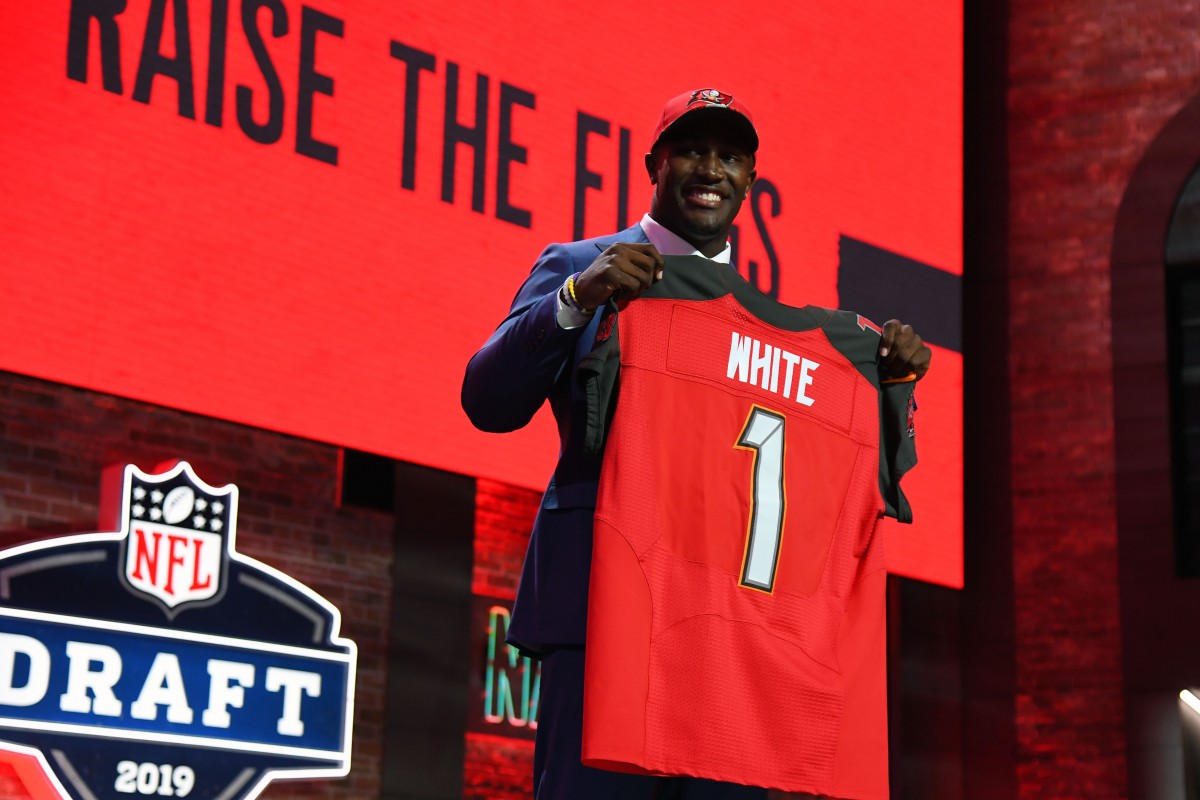 This year’s NFL draft was originally scheduled to take place in Las Vegas, the ideal city to hold such an extravagant event. But in light of the coronavirus pandemic, commissioner Roger Goodell informed all teams that this year’s draft will be fully virtual.

That means we won’t get to see players make the traditional walk to the stage to don the hat and hold up the jersey of their new team, all while giving Goodell a handshake or bear hug. But again, having the draft in a virtual format is the safest and smartest decision to make during these times, so hats off to the NFL for taking the necessary precautions.

Still, it’ll be an adjustment for both players and fans. In honor of Throwback Thursday, let’s take a look back now at last year’s NFL draft in Nashville, when a linebacker from LSU named Devin White officially became a member of the Tampa Bay Buccaneers.

Take a look back at the 2019 NFL Draft to see the moment when LSU linebacker Devin White officially became a Buccaneer. 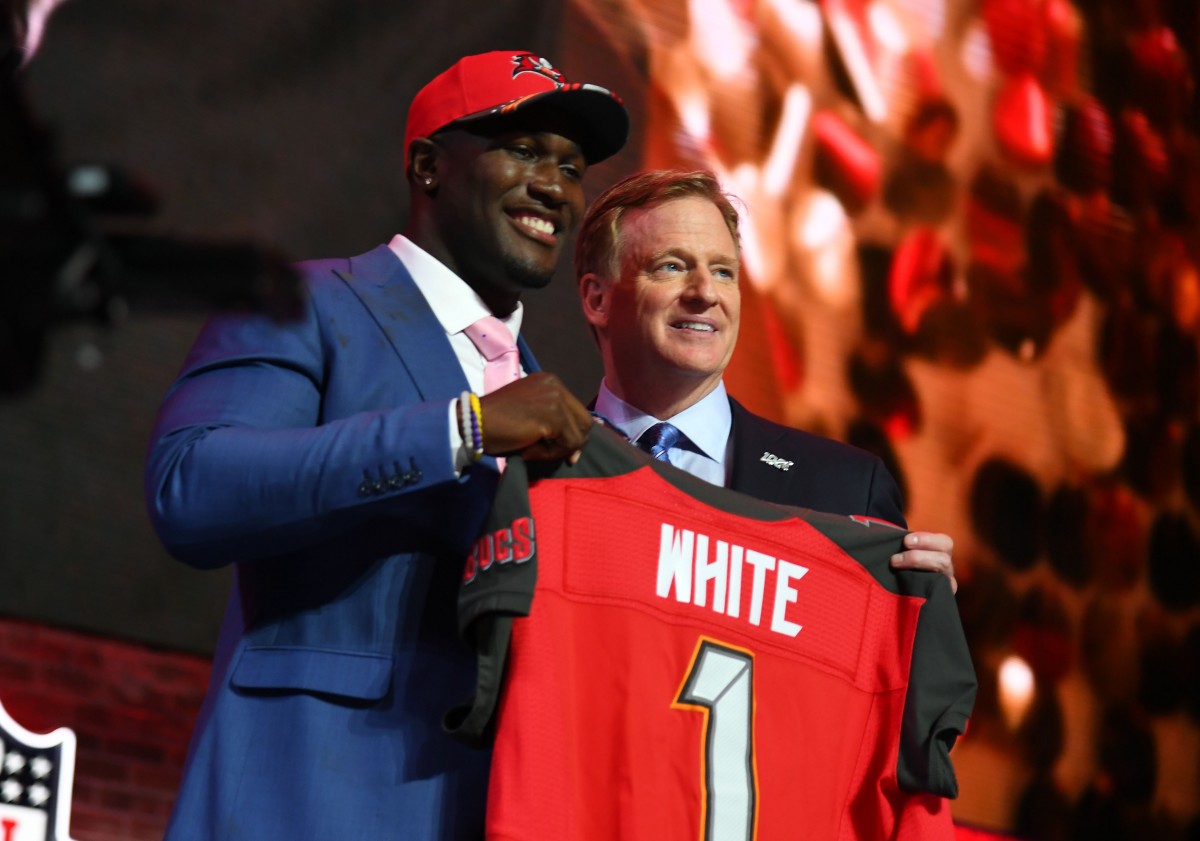 The Tampa Bay Buccaneers hold the 14th pick in April’s NFL draft after a 7-9 finish in 2019. Last year, the Bucs selected in the fifth spot, using the pick to take star linebacker Devin White out of LSU.

White was considered by many to be the best linebacker in his class, and several analysts pegged White to be the NFL Defensive Rookie of the Year. White’s rookie year got off to a rough start, however, as he battled tonsillitis in the week leading up to the home opener against the San Francisco 49ers, and then suffered a knee sprain in Week 2 that sidelined him for three games.

But White came on strong in the second half of the season, winning defensive rookie of the month in November and December and capping off his season with a 91-yard fumble return touchdown in Week 17 against the Atlanta Falcons. It was White’s second fumble recovery touchdown of the season and the longest in franchise history.

White is the cornerstone of this young Bucs defense, and the team is hopeful he’ll be their leader on and off the field for years to come. For now, though, take a look back at that fateful moment on draft night in 2019.

Check out some of the best highlights of the year from Tampa Bay Buccaneers wide receiver Chris Godwin. 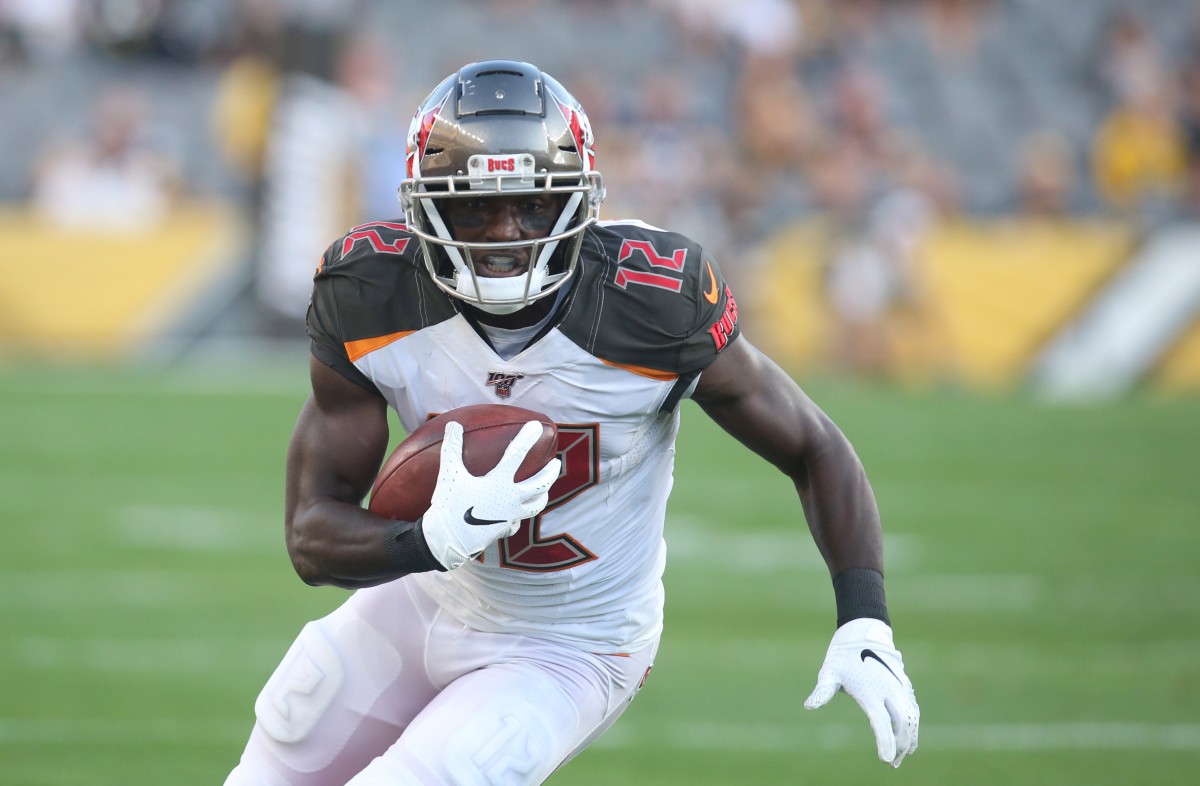 Tampa Bay Buccaneers wide receiver Chris Godwin had quite the season. The third-year pro out of Penn State lit up the league, finishing the year with 86 receptions for 1,333 yards and nine touchdowns, earning Pro Bowl and All-Team Second-Pro honors.

Godwin’s big year helped make him a household name, especially among NFL fantasy football owners. And, you can be sure he’ll be one of the top receivers taken when fantasy drafts come back around next season.

For now, though, enjoy a little throwback Thursday action with some Godwin highlights, courtesy of the Buccaneers’ official Instagram account.

Check out this Instagram post from Buccaneers pass rusher Carl Nassib, referencing his love for the TV show “The Office.” 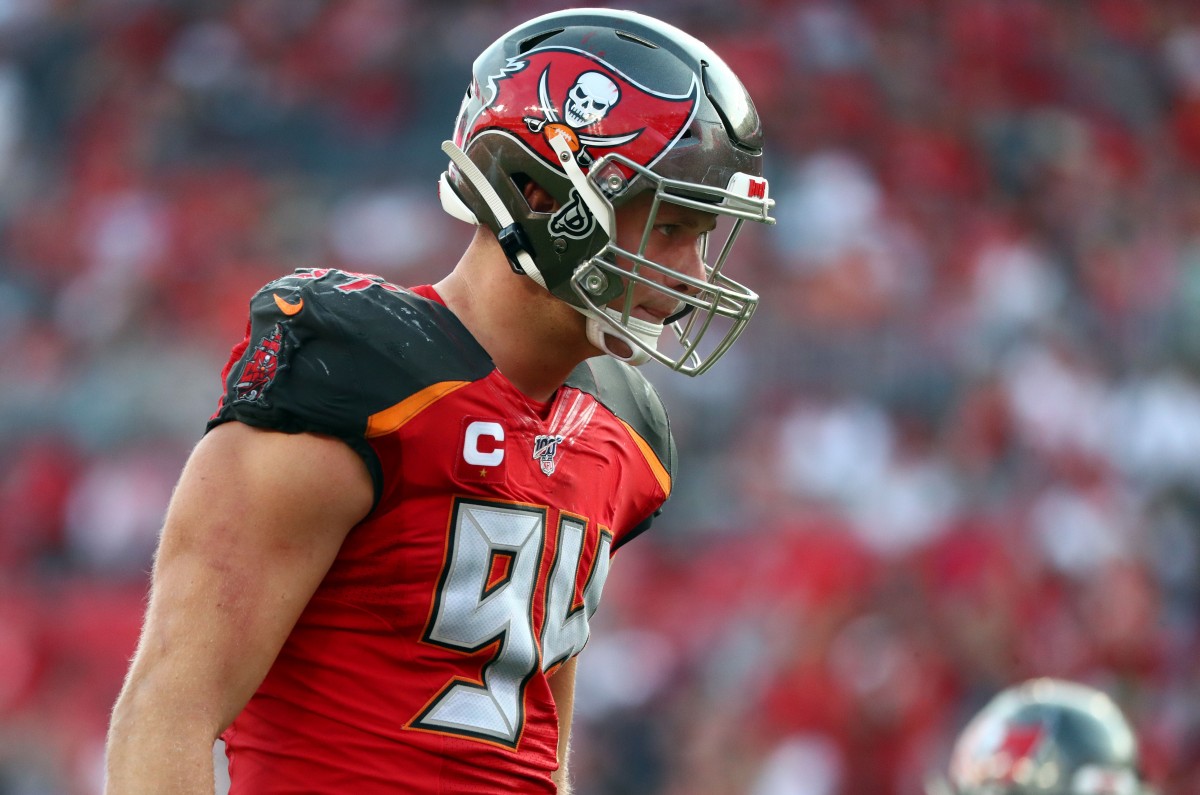 The Tampa Bay Buccaneers are hoping to get pass rusher Carl Nassib back this week in time for Sunday’s Week 11 matchup against the New Orleans Saints.

Nassib, who has 3.0 sacks on the season, missed last week’s win over the Arizona Cardinals with a groin injury. But, he was a limited participant in practice yesterday, which is a positive sign.

In honor of Nassib’s (impending) return, we thought we’d do a throwback to Nassib and his love of “The Office.”

Anytime an athlete references “The Office” you have to pay respect.

For those wondering what Nassib is talking about, I give to you, “Threat Level Almost Midnight.”

Nassib’s return would be a big boost for the Buccaneers. Brees was sacked six times last week again the Atlanta Falcons, so this Bucs defense smells blood in the water.