ACC predictions, previews, and schedule for all of the Week 13 games 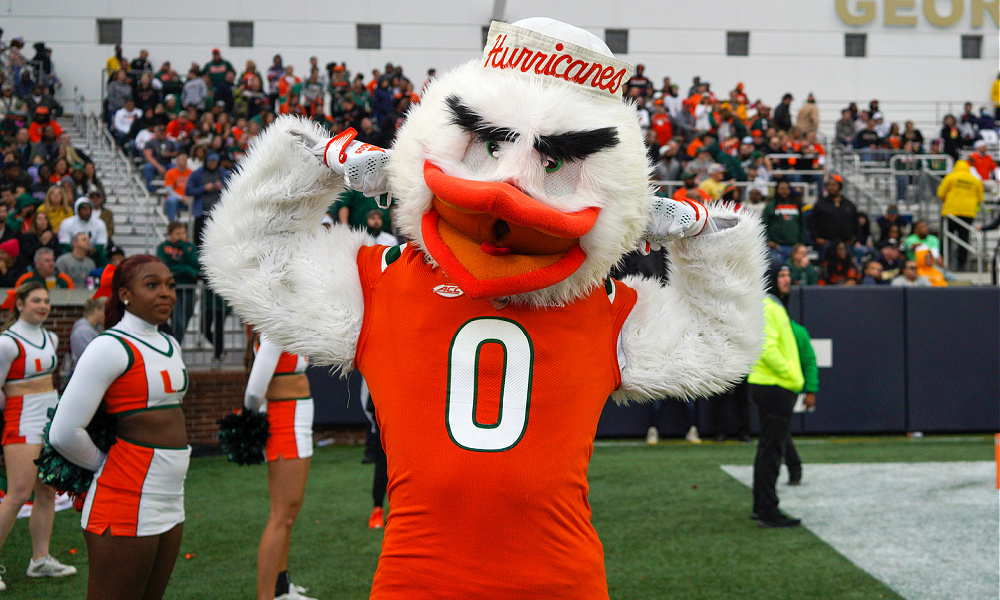 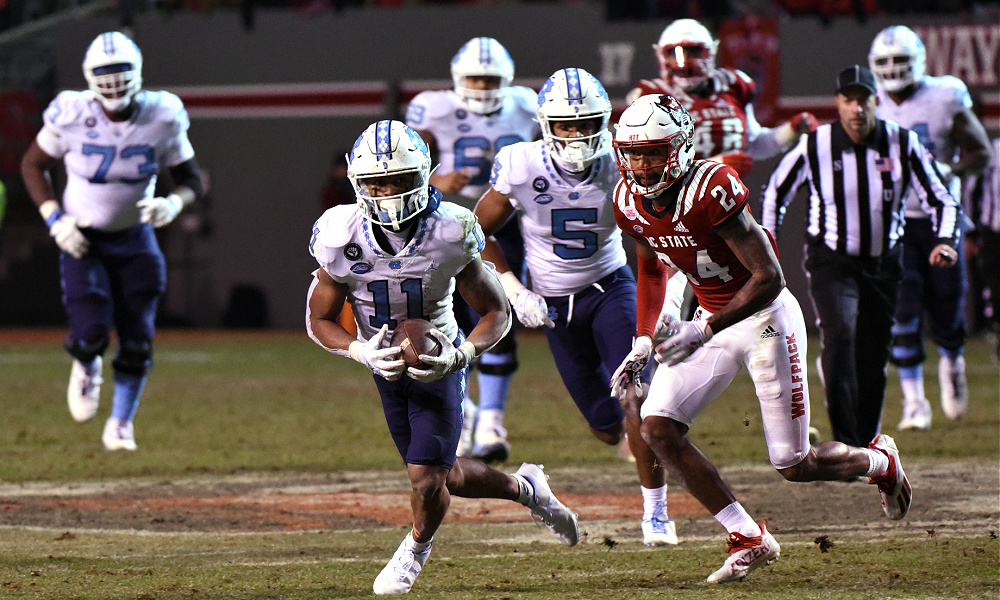 North Carolina vs NC State How To Watch

Even with all of the problems over the last two weeks with losses to Boston College and Louisville, the defense continues to be terrific against the run and the takeaways continue to come with ten in a four game stretch before the loss to Louisville.

The North Carolina defense continues to be absent in key moments. The pass rush isn’t there, there earned any tackles for loss, and the takeaways aren’t coming with just two games – wins over Florida A&M and Miami – with more than one forced mistake.

At the very least, the Wolfpack should be able to grind out the running game a bit because …

Why North Carolina Will Win

The NC State passing game has crashed after star QB Devin Leary was knocked out for the year.

MJ Morris was okay, but he struggled in the loss to Boston College. Ben Finley threw for over 200 yards against Louisville, but he failed to hit half of his passes.

There will be just enough of an offensive punch for the Wolfpack O to work against this mediocre North Carolina defense, but there won’t be enough production to keep up the pace.

The Tar Heels were off against Georgia Tech. Give the Yellow Jackets credit for rising up with a strong game, but there’s too much talent and too much pop to the North Carolina attack to be held down two games in a row. That’s why …

NC State will get a good day out of the defense, but it’s not going to be enough.

It will take a half to get going, but the North Carolina offense will take over in the second half.

NC State vs Louisville game preview, prediction, and breakdown for the Week 12 game on Saturday, November 19 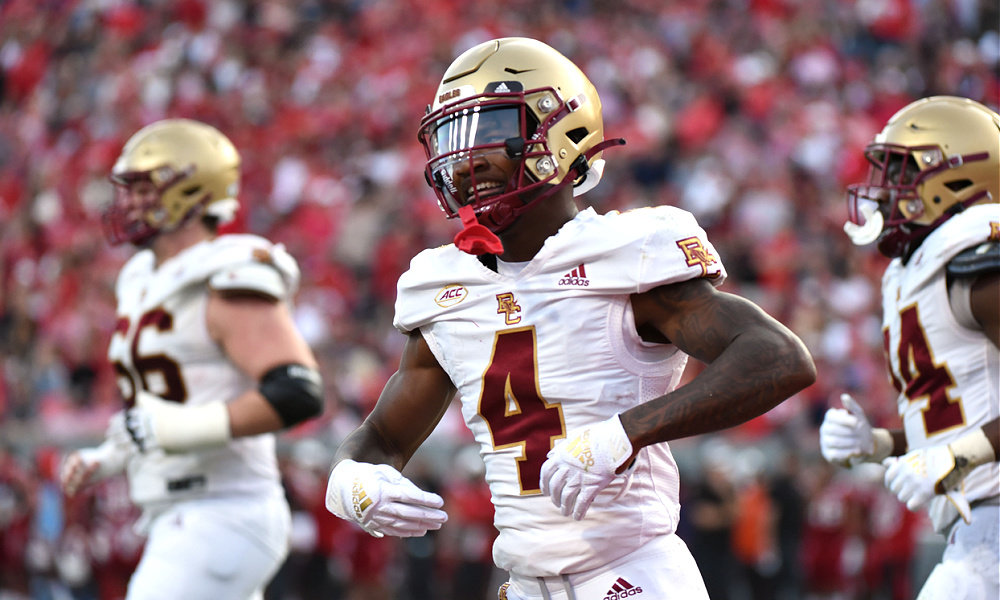 NC State vs Louisville How To Watch

Is Malik Cunningham able to go?

The Louisville star quarterback hurt his shoulder in the loss to Clemson and he’s iffy at best.

The NC State offense might be a bit hit or miss, but it won’t need to take a ton of chances if the defense can hold up. For all of the problems in the loss to Boston College last week, the D was great at getting into the backfield, forced three takeaways, and it should be able to keep the game close.

State is great at slowing the game down, the run defense hasn’t allowed more than 50 yards in any of the last three games, and …

Why Louisville Will Win

NC State was air tight with the turnovers with none over a three game span, and then it all fell apart in the loss to Boston College with four giveaways. That might not be the norm for the team, but Louisville can force the issue.

How does it get over the possible absence of its main man at quarterback? The defense can change things around by forcing a slew of takeaways.

There weren’t any in the win over James Madison, but that was the only time in the last eight games the D didn’t generate multiple takeaways, and there were three or more in six of the last seven games.

Relying on the defense is nice, but …

Getting the Cardinal offense up to 400 yards or more will get it done if the defense does what it can do.

NC State probably won’t turn it over like it did last week, but it’s going to stall a bit too much – the Louisville pass rush will take over for a few stretches.

There won’t be an explosion of points with these two defenses, but it’ll be entertaining.

ACC predictions, previews, and schedule for all of the Week 12 games 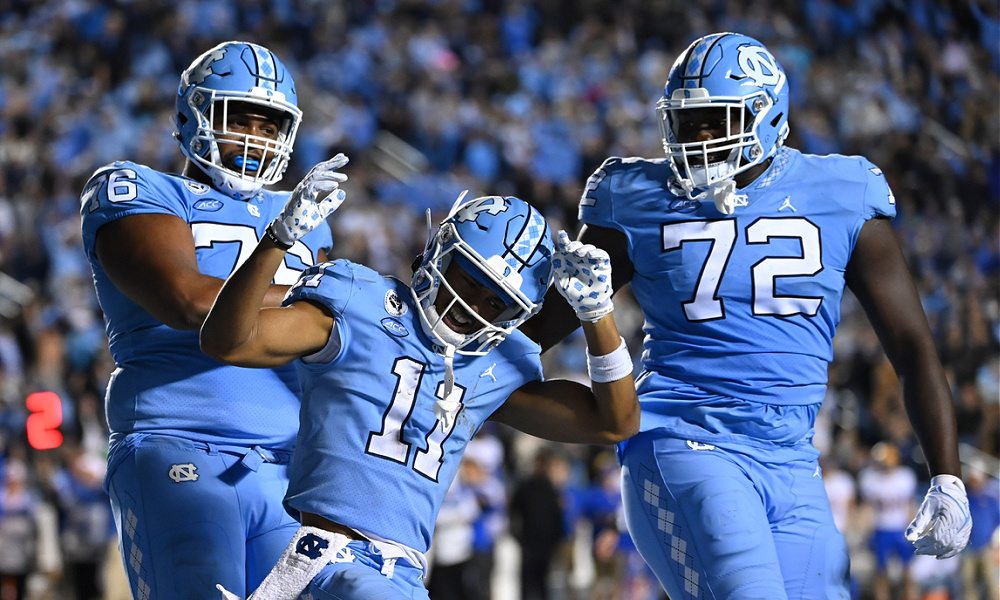 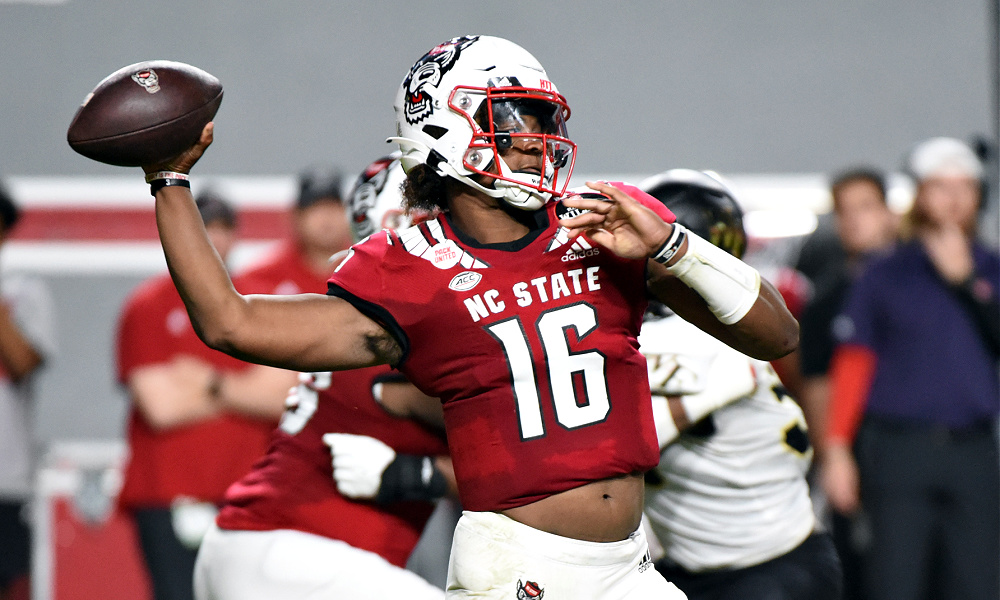 Boston College vs NC State How To Watch

Why Boston College Will Win

The Eagles at least played tough against Duke. They lost 38-31, but the passing game worked like it’s supposed to and it was the type of good, competitive battle they were supposed to be in all season long.

NC State might be in the hunt for a ten-win season and they might be fighting through some rough patches, but they struggled way too much in a 22-21 home win over a bad Virginia Tech, they’re not running well, and they’re not cranking up the offense.

BC might not be Wake Forest through the air, but it should be able to push for well over 250 yards and closer to 300, and …

It’s this simple; if Boston College doesn’t come up with at least three takeaways, it has no chance of winning this.

Boston College isn’t coming up with at least three takeaways. It only did that once all season, and that was against Maine.

The NC State defense has been amazing at bending without doing a lot of breaking. Boston College will come up with a few yards through the air, but it’s not going to convert drives into points.

Forget about any Eagle running game against this defense – be shocked if there are more than 60 yards. It’s NC State – it’s not going to run away and hide with this – but it’ll be in control.

ACC predictions, previews, and schedule for all of the Week 11 games 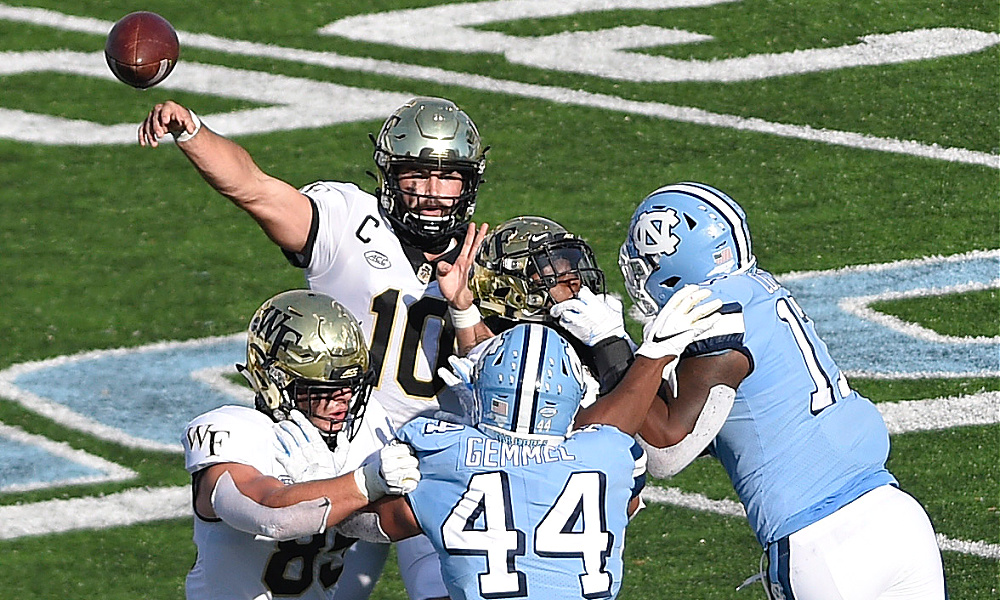 ACC schedule and previews for all the Week 11 games including North Carolina at Wake Forest, Louisville at Clemson, Florida State at Syracuse

MAC predictions, previews, and schedule for all of the Week 11 games 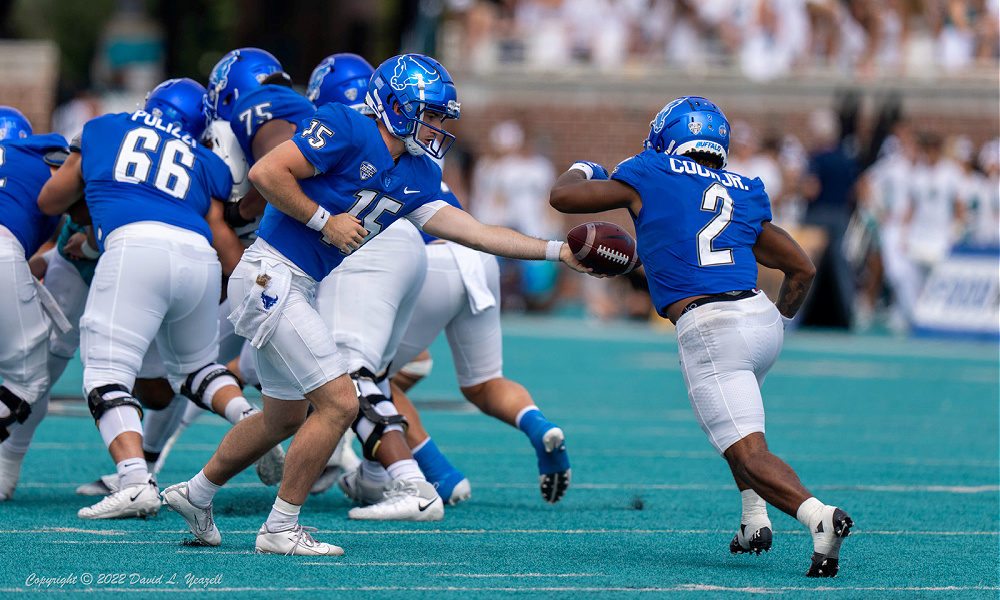 MAC schedule and previews for all the Week 11 games including Ball State at Toledo, Buffalo at Central Michigan, and Kent State at Bowling Green

ACC predictions, previews, and schedule for all of the Week 10 games 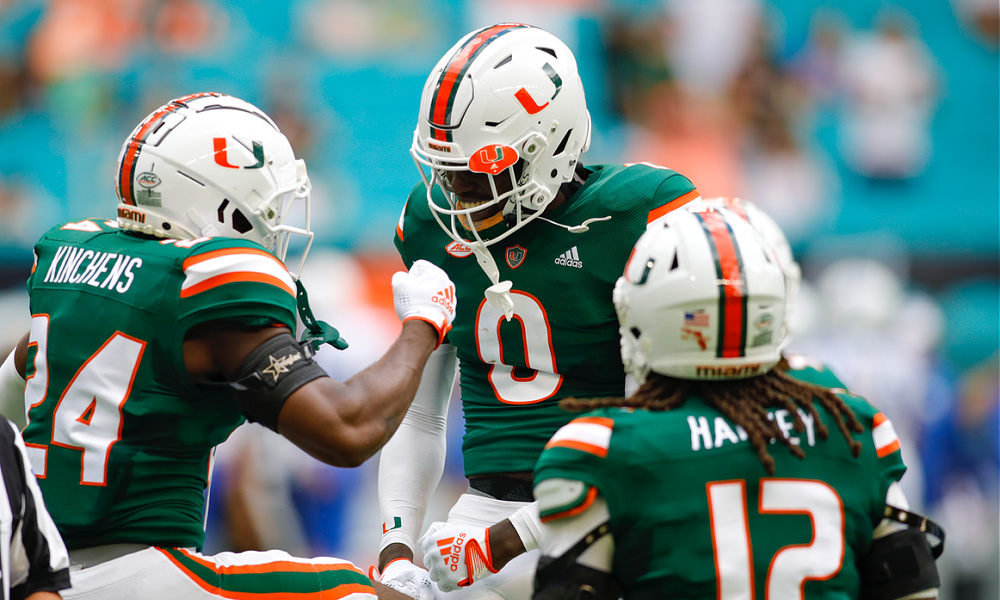 ACC schedule and previews for all the Week 10 games including Florida State at Miami, Clemson at Notre Dame, and Wake Forest at NC State

ACC predictions, previews, and schedule for all of the Week 9 games 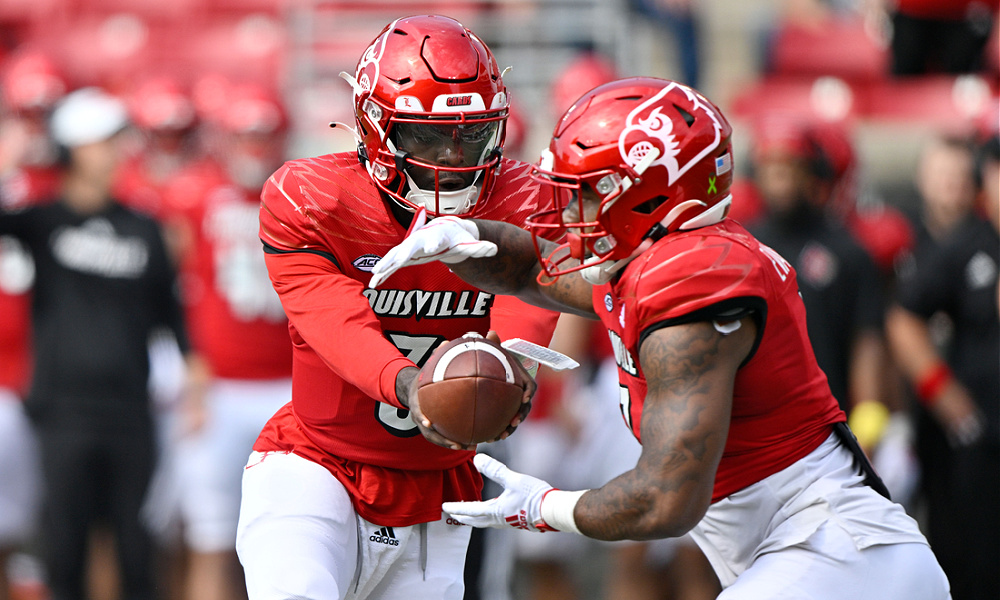 ACC schedule and previews for all the Week 9 games including Notre Dame at Syracuse, Miami at Virginia, Wake Forest at Louisville 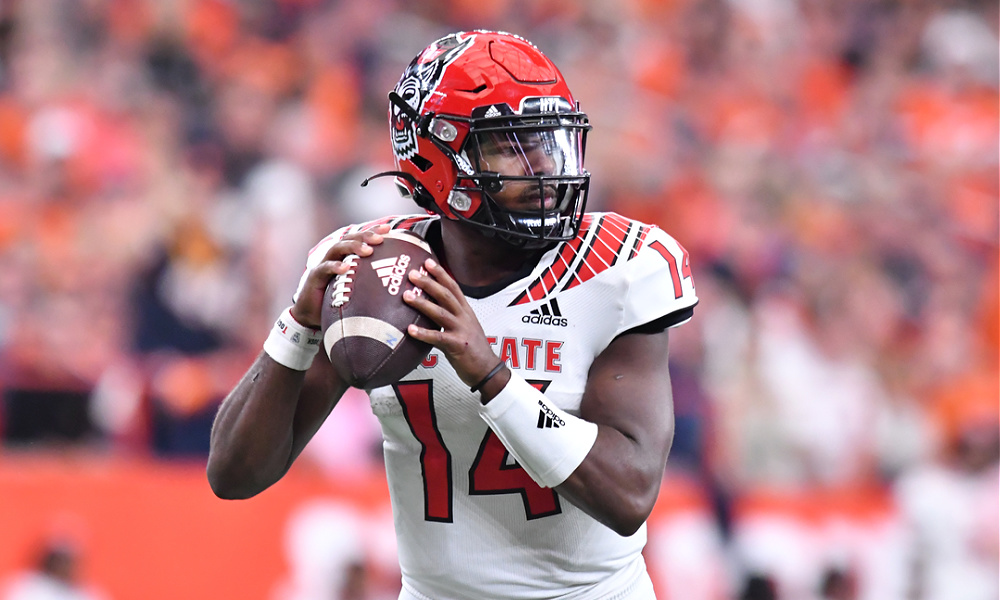 Virginia Tech vs NC State How To Watch

To try being nice about it …

It continues to be a rough run under first year head coach Brent Pry, but the team has been competitive enough at least push Miami a few weeks ago and now have two weeks off to build on.

The defense is battling. It’s the best in the ACC on third downs and isn’t awful against the run – that all comes from being strong at getting into the backfield.

NC State is still smarting from the loss to Syracuse, it has to try pushing on with QB Devin Leary banged up, and the other side doesn’t generate enough of a pass rush to be a problem for the struggling Hokie offensive front.

It’s been a struggle against everyone – who scores just ten points against North Carolina? There’s no ground game, the passing attack isn’t getting anything moving, and closing out decent drives with points is like  pulling teeth.

Virginia Tech had two weeks off, but so did the NC State defense that’s bene struggling a bit against the run, but won’t have any issues with that in this.

The Hokies can’t move the chains – struggling to average three years per carry is part of that – and on there other side, the D isn’t coming up with enough takeaways to help the O.

Be conservative, grind it out, and NC State should be fine.

No, this hasn’t been the season the team was hoping for with two losses in the last three games, but everything will get back on track with a rejuvenated defense holding firm from the start.