Nate Oats is hot on the recruiting trail and has landed another big commitment from six feet seven inch three-star small forward, Darius Miles from IMG Academy. Miles’ final three schools were Alabama, Boston College and Minnesota. He made his … 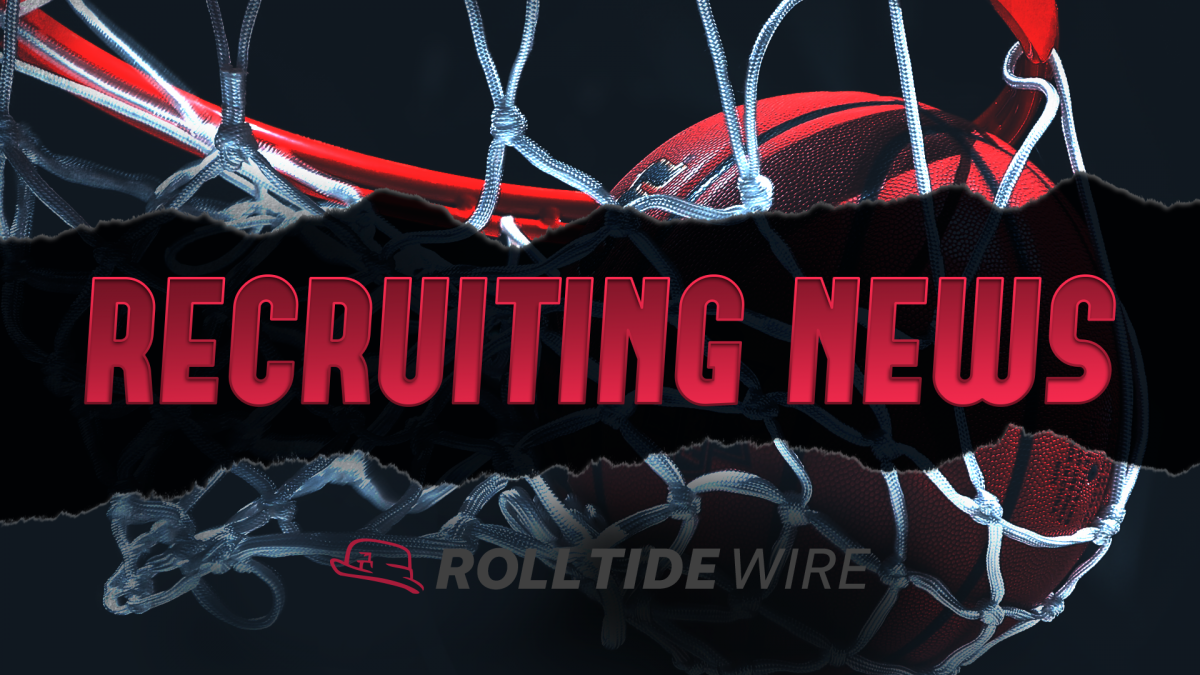 He made his announcement via a video on Twitter.

Oats now brought Alabama within the top-25 for NCAA MBB recruiting in the 2020 class – the Crimson Tide sits at No. 23. There’s plenty of time left for Oats and his staff to help Alabama climb up the board even higher,

After an impressive first year as head coach, Oats looks to build a brand new team for year No. 2 and he’s just getting started.

Roll Tide Wire will keep you updated on all things Alabama Basketball and recruiting leading into the 2020 season. 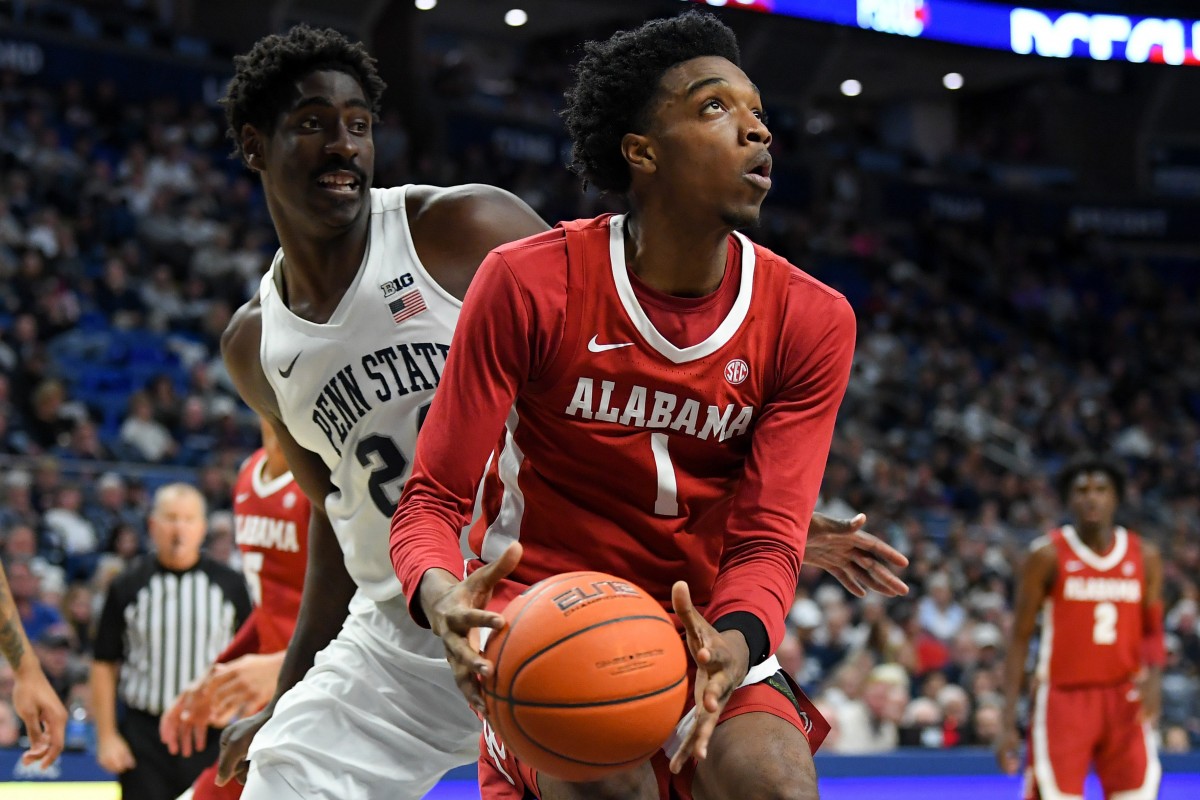 On Saturday evening, Alabama basketball player Herb Jones took to Instagram to announce his decision to enter the 2020 NBA Draft while  retaining his remaining collegiate eligibility.

“First and foremost, I would like to give all the glory to God. With him, all things are possible. To my family: I cannot put into words how much your love and support means to me. You have and continue to always be there for me no matter what. To my teammates: what can I say? You all have had my back through the good times and the bad. Thank you for your support and continuing to push me, even when I didn’t think I can be pushed any further. To the Alabama coaches and support staff: I cannot tell you how much I appreciate all that you have done for me throughout my playing career.

For as long as I can remember, my dream has been to play in the NBA. With that said and after much thought and discussions with those close to me, I have decided to enter my name in the 2020 NBA Draft process while maintaining my eligibility. I am excited to take this next step in reaching a dream that I’ve had since I first learned to dribble a basketball. Thank you all to Bama Nation for your love and support. Roll Tide!”

Jones, who is a junior, became a household name for the tide. Even after breaking his left wrist, he came back with vengeance and showed off, even at times one handed.

Jones joins Kira Lewis and John Petty as the three Alabama basketball players who will test the NBA draft waters.

Roll Tide Wire will keep you updated with the very latest.

Lewis actually made 48.8% of his attempts from beyond the arc in the Crimson Tide’s final seven games, which suggests he can be a reliabl… 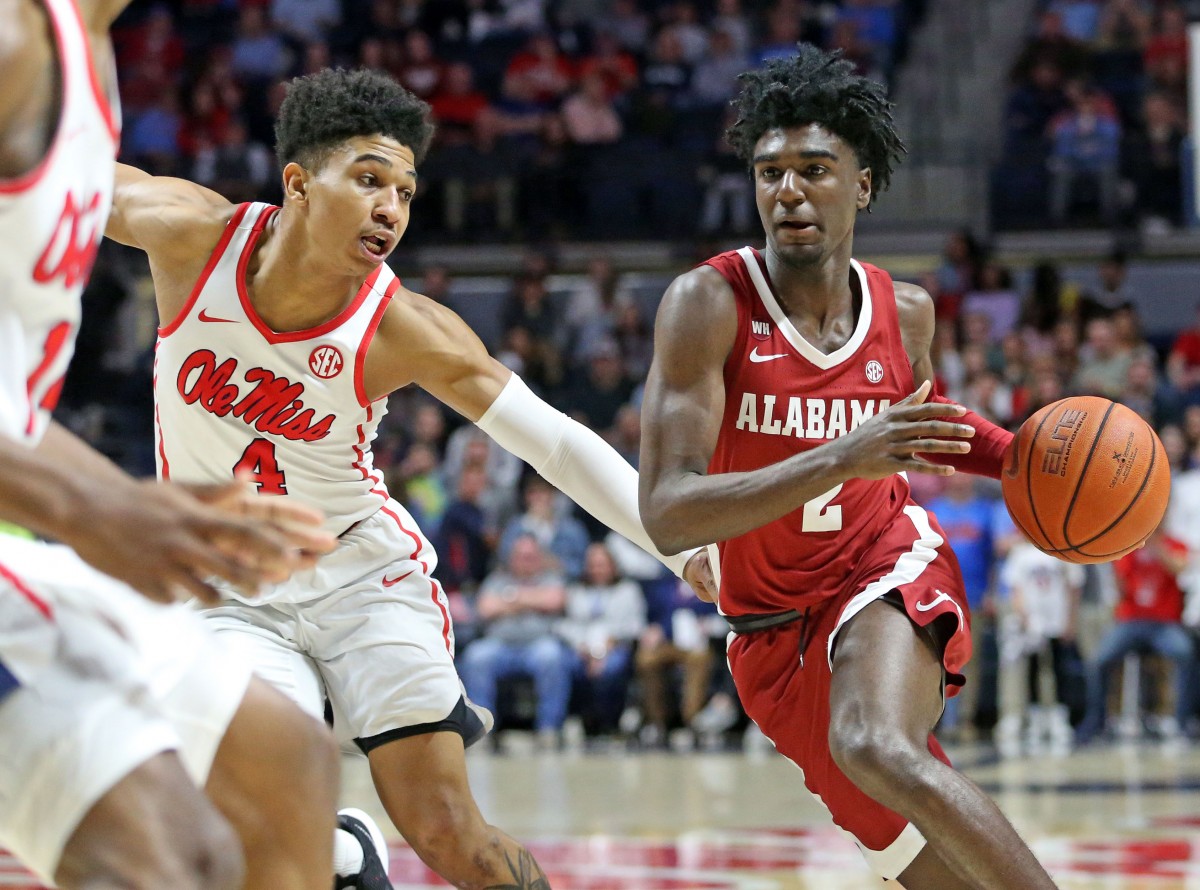 In a sports world that is flooded with an overwhelming amount of uncertainty due to the Coronavirus pandemic and NFL mock drafts, NBA expert Gary Parrish with CBS released his latest 2020 NBA mock draft.

That mock is filled with big-name talents from across the globe and the college basketball community. Some of those names include LaMelo Ball, who is currently playing in Australia, and Georgia’s Anthony Edwards.

However, a name that the Crimson Tide fanbase is more than familiar with can also be found. It’s a little bit further down the mock at the No. 28 overall pick, but it’s certainly there.

Parrish predicts that Alabama sophomore point guard Kira Lewis Jr. will be selected by the New York Knicks with that late first-rounder.

His CBS positional ranking has him listed as the sixth-best guard in the 2020 draft class.

Parrish goes on to explain his reasoning behind the prediction:

“Lewis is a sophomore but will still only be 19 years old on draft night. So he’s young. . And he’s light. But the 6-3 point was super-productive this season — averaging 18.5 points, 5.2 assists and 4.8 rebounds for an Alabama team that finished 60th at KenPom. He shot 36.6% from 3-point range on the season. But Lewis actually made 48.8% of his attempts from beyond the arc in the Crimson Tide’s final seven games, which suggests he can be a reliable, if not terrific, perimeter shooter as professional.”

While Lewis did announce he will be entering the 2020 NBA Draft process, he also made it clear that he has chosen to maintain his remaining collegiate eligibility, which will be two years.

Lewis had a teammate under Nate Oats, junior guard John Petty, who also announced that he will be entering the NBA Draft process, but was not mentioned in this particular mock.

Roll Tide Wire will keep you updated on the journeys of Lewis and Petty throughout the process leading up to their potential life-changing moments!

Kira Lewis Jr. announced he was entering the 2020 NBA Draft while also retaining his remaining eligibility. Hours later, John Petty did too. 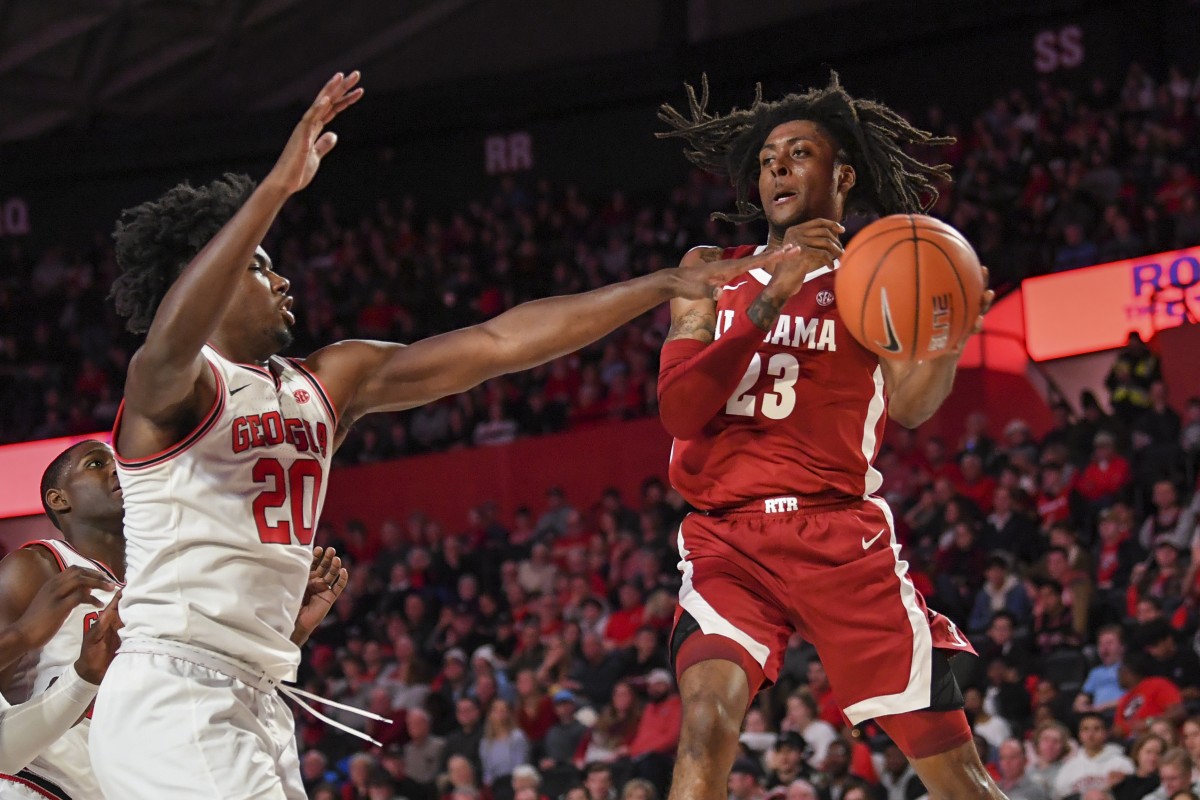 As of right now, the NBA Draft is still slated to be held on Thursday June 25th, but Roll Tide Wire will keep you updated on if that changed due to the coronavirus.

On this day in Alabama sports history, the Crimson Tide defeated Stanford in second round of the 2004 NCAA tournament, 70-67. 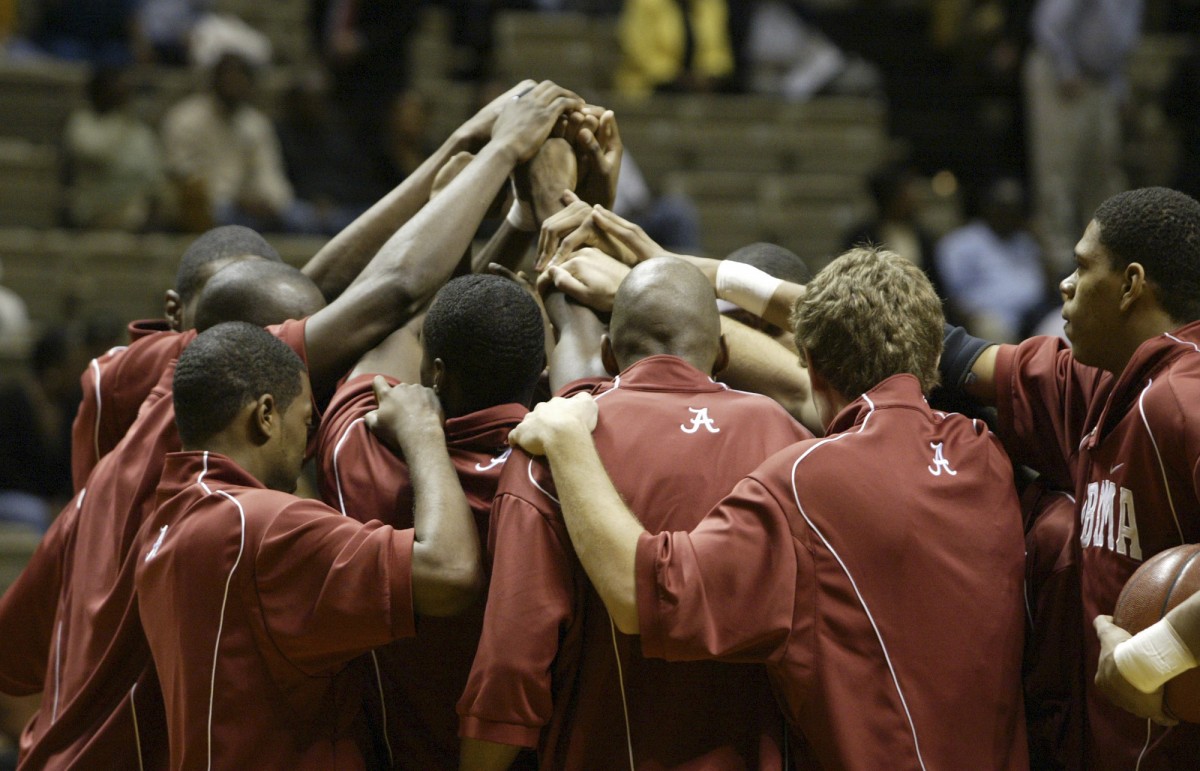 On this day in Alabama sports history, the Crimson Tide defeated the Stanford in second round of the 2004 NCAA tournament, 70-67.

The best part? You can watch the entire game here!

Alabama was led by head coach Mark Gottfried, and was making their third straight tournament appearance.

Alabama had played a tough non-conference schedule that season with three games against top 10 teams. Although the Tide went 8-8 in the SEC, their strength of schedule helped them make it to the NCAA tournament.

Alabama came into the game having just defeated Southern Illinois University in the first round of the tournament, 65-64.

This game was on the wire to the very last second, and when Alabama won, Stanford became the first No. 1 seed to exit the NCAA Tournament that season.

The Tide’s miraculous win over Stanford helped Alabama advance to the round of 16 for the first time since 1991. 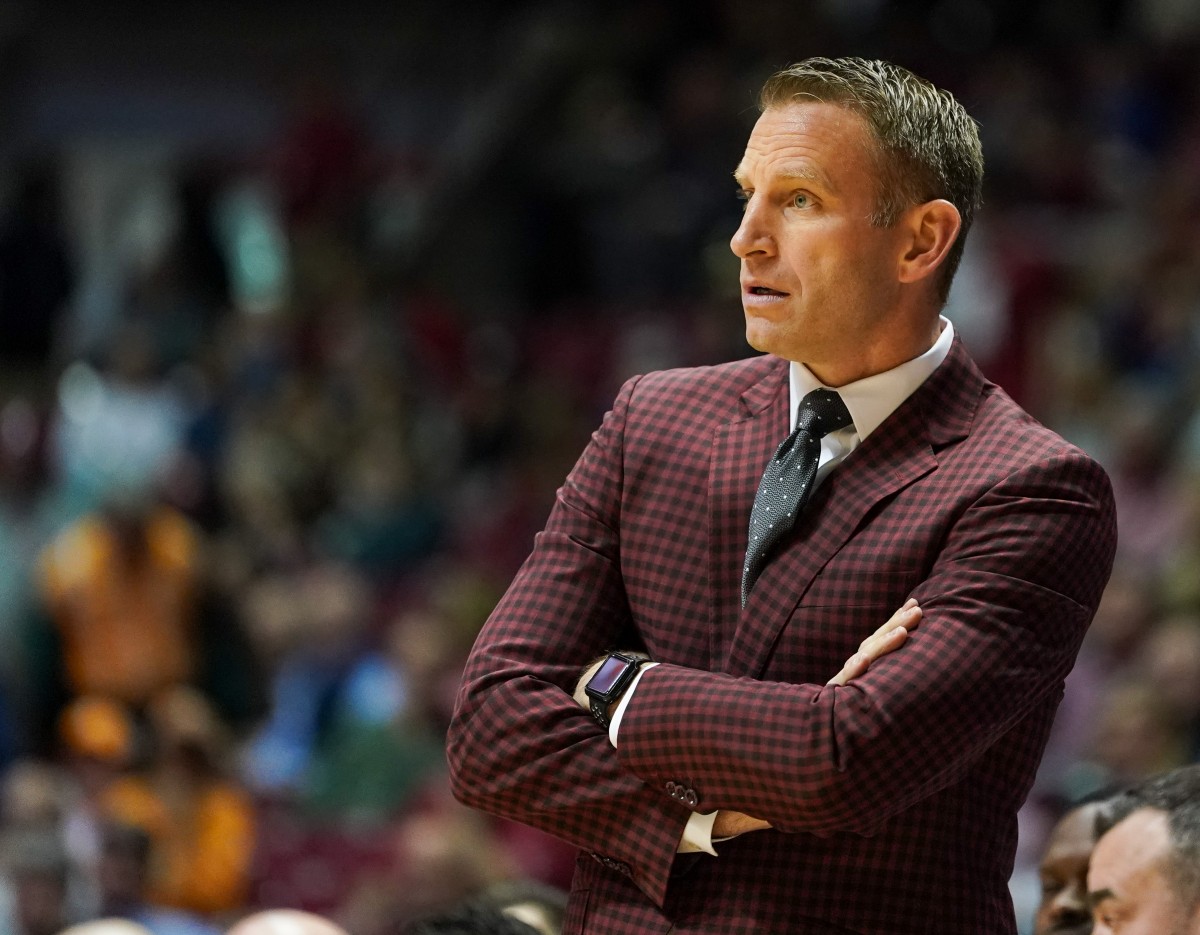 Hawkins was a late addition to the Crimson Tide’s 2019 basketball recruiting class. The Nevada native was originally committed to Buffalo when Alabama head coach Nate Oats was still leading that program.

The former three-star prospect played in six games for Alabama and was a potential contributor for the future of the program.

As of right now, there is no word yet as to why Hawkins decided to enter his name into the portal, and it isn’t a guarantee, at least not at this tone, that he won’t be with the program for his sophomore season.

Either way, he will always be remembered for his reaction when Alabama sent Auburn to overtime on the road back in February:

Roll Tide Wire will keep you updated on Hawkins’ time in the transfer portal and where he decides to enroll for the 2020-2021 season!

The SEC is suspending regular season competition for teams in all sports on SEC campuses, as well SEC championship events, until March 30. 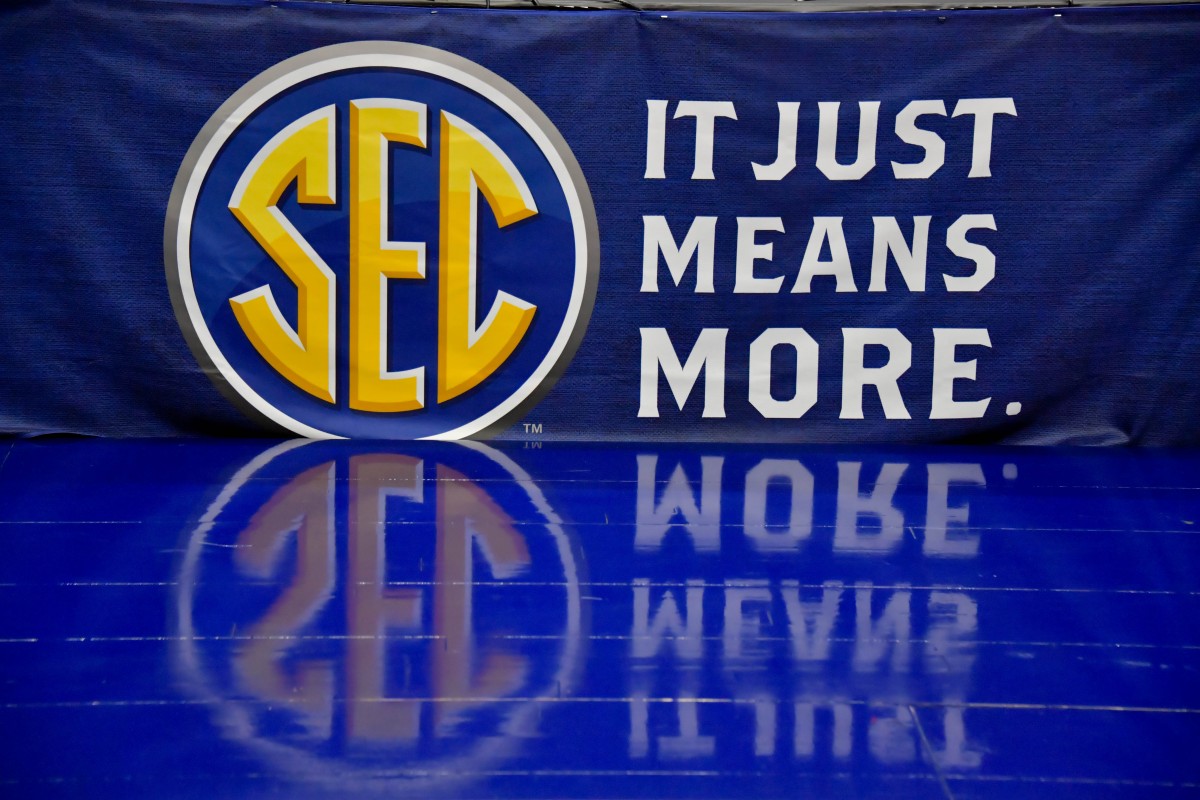 “We understand that this decision will be disappointing to our student-athletes and coaches who have been preparing all season to compete in this event as well as viewers at home,” said SEC Commissioner Greg Sankey. “While this was not an easy decision, the health and well-being of our entire SEC community is of paramount importance.”

Roll Tide Wire will keep you up to date with the very latest.