How did Robby Ashford’s performance against Western Kentucky stack up with the rest of the SEC’s quarterbacks? 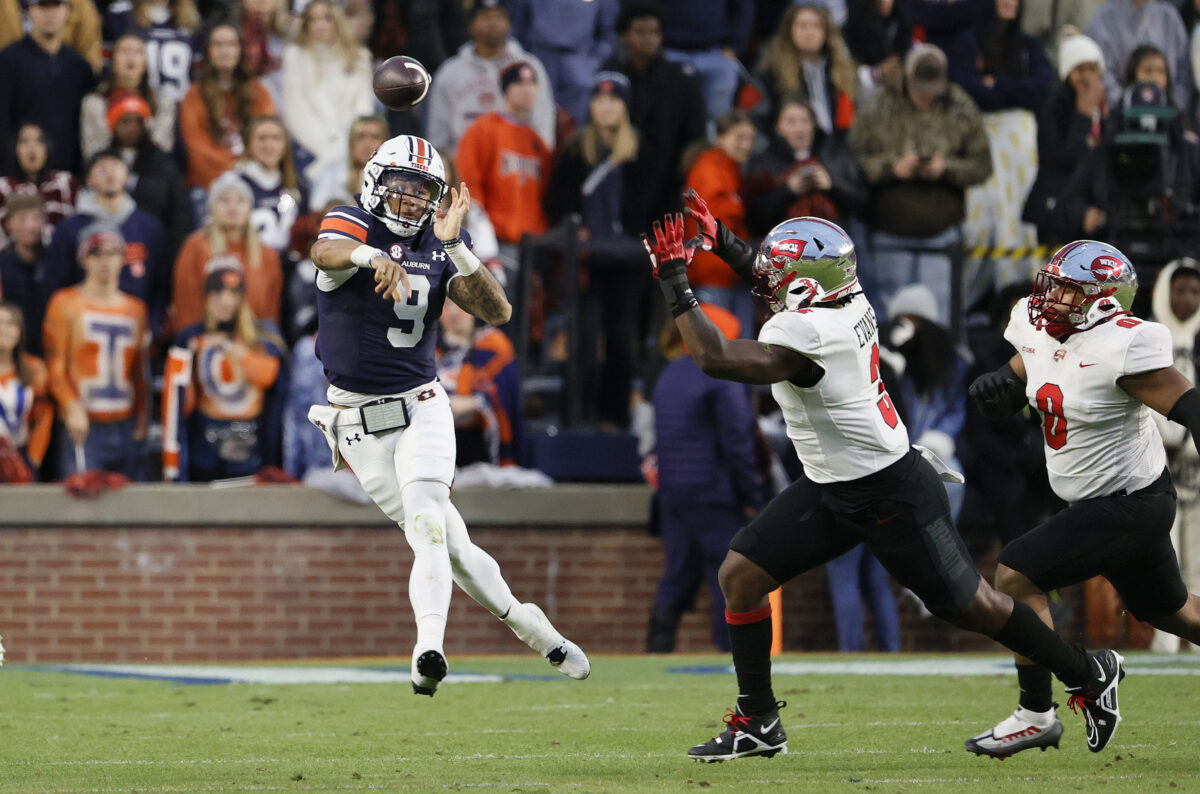 In a week intended to be quiet and noneventful, there were a few upsets within the college football world in week 12, including two within the SEC.

The path to the College Football Playoff appeared to be smooth for the No. 5 Tennessee Volunteers, all they needed to do was win their final two games against South Carolina and Vanderbilt.

However, their path hit a detour as South Carolina dominated the game, defeating the Vols, 63-38 in Columbia on Saturday night.

South Carolina’s Spencer Rattler completed 30-of-37 passes for a season-best 438 yards and six touchdowns. The game resulted in his season-high PFF grade of 93.1.

On the other side, Tennessee, unfortunately, lost its’ quarterback, Hendon Hooker, to an ACL injury in the loss.

Ole Miss looked to bounce back after suffering an exhausting loss to Alabama in week 11 by embarking on a journey to Fayetteville, Arkansas to battle the Razorbacks. The Rebels were hit in the mouth early, as they trailed 35-6 heading into halftime, and ultimately fell 42-27.

K.J. Jefferson led the Razorbacks to a win by throwing three touchdown passes and 168 yards.

How did the other quarterbacks around the conference perform in week 12? Here’s a ranking of each performance based on his grade from Pro Football Focus.

The staff at Auburn Wire has revealed their picks for the best games within the SEC this weekend. 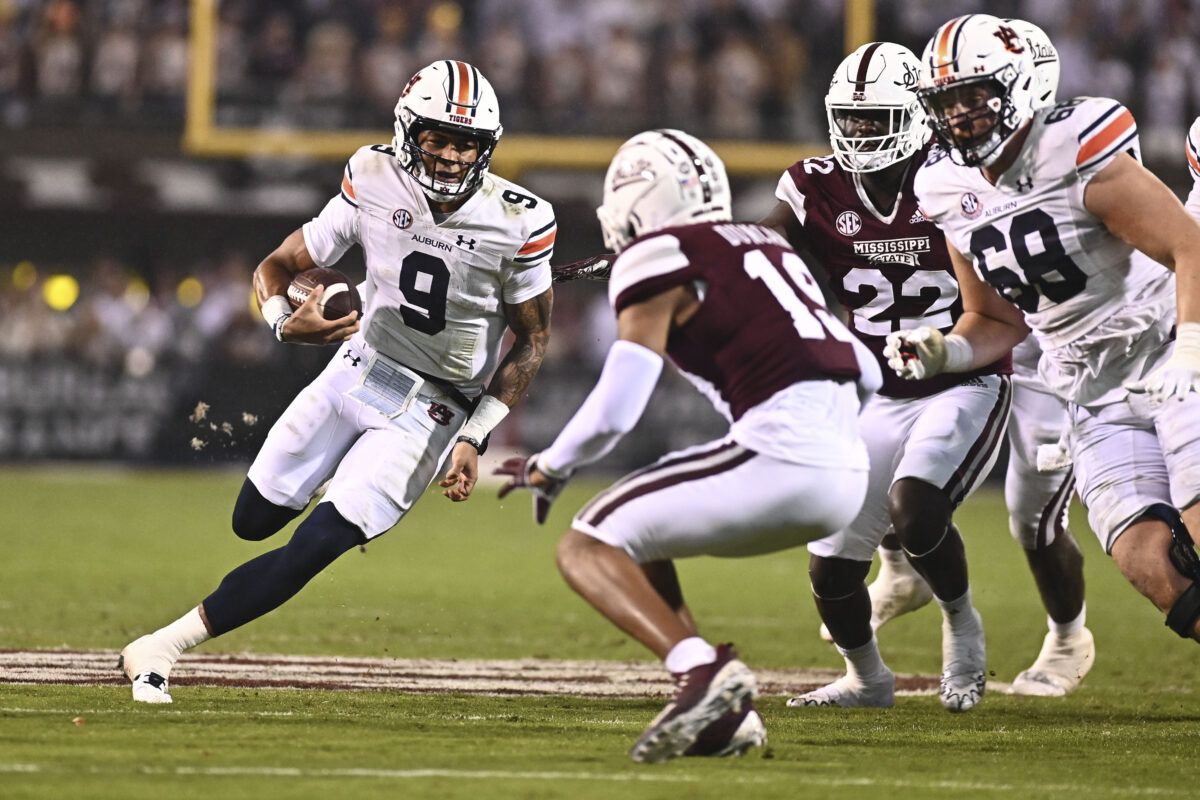 Auburn Football returns to Jordan-Hare with confidence after just missing a win at Mississippi State in week 10.

The Tigers turned a 24-6 halftime deficit into a 33-33 tie at the end of regulation. They could not get the win, though, as Mississippi State scored a touchdown in overtime to pull off the thrilling 39-33 win over Auburn.

Auburn has now shaken that loss off and hopes to snap its current five-game losing streak this Saturday at Jordan-Hare Stadium when they host Texas A&M.

There are other intriguing matchups across the conference, including No. 11 Alabama at No. 9 Ole Miss. The Crimson Tide looks to get back on track after suffering an overtime loss at LSU last week, which makes their road to the College Football Playoff more challenging. An Ole Miss win would all but send LSU to Atlanta for the SEC Championship Game.

Here is a look at how Auburn Wire’s Taylor Jones, J.D. McCarthy, and River Wells see this weekend’s SEC action playing out.

Here is everything you need to know about the Mississippi State Bulldogs ahead of Saturday’s game. 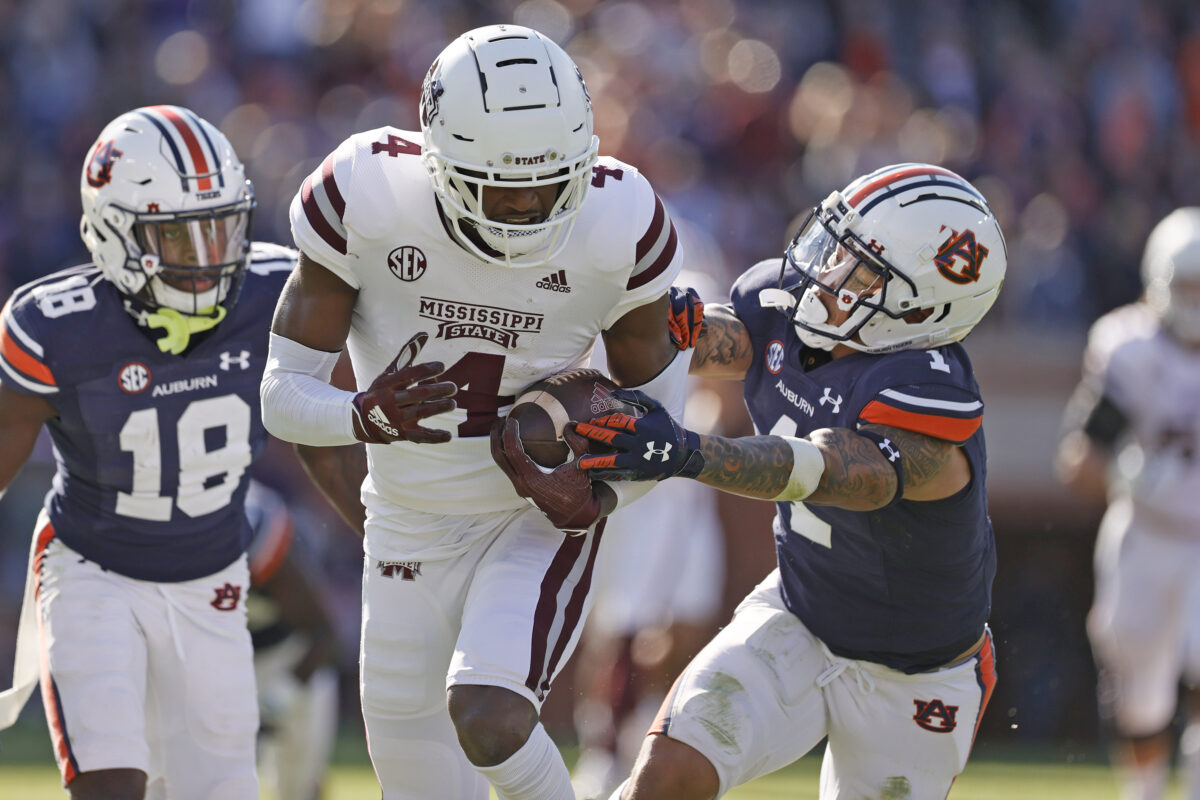 Auburn will face a tough opponent in their first game under interim head coach [autotag]Cadillac Williams[/autotag].

The Tigers are set to face off with the Mississippi State Bulldogs Saturday night in Davis Wade Stadium and are heavy underdogs for the game.

The Bulldogs (5-3, 2-3 SEC) are coming off their bye and are looking to snap a two-game losing streak after falling to Kentucky and Alabama.

Auburn (3-5, 1-4) is in the midst of a four-game losing streak and is looking for their first road win of the season. The Tigers finally moved on from [autotag]Bryan Harsin[/autotag] this week and will look to turn the page with a win Saturday night.

Here are five things to know about the Mississippi State Bulldogs ahead of the game.

Two of Auburn’s guards are among the best in the SEC according to the league’s coaches. 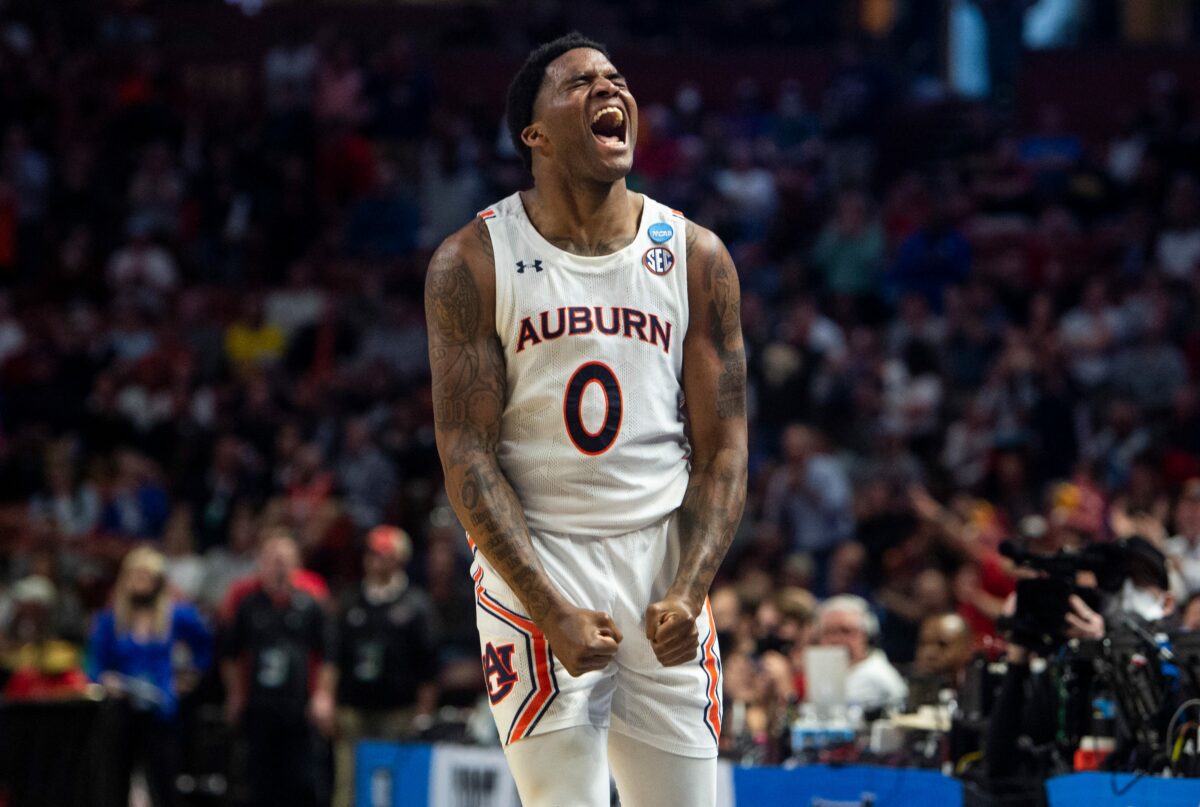 Green scored 12.0 points and averaged 5.06 assists per game. He is entering his second season as a Tiger and was named to the Bob Cousy Award watchlist, which is given to the top point guard in the country.

The fiery Johson averaged 12.3 points per game and is Auburn’s top returning scorer.

Auburn basketball will return to action Wednesday night at 7 p.m. CT  in Neville Arena against the UAH Chargers in an exhibition game. The game will not be televised or streamed but you can listen to the radio call on the Auburn Athletics app, on their website, Facebook page, or Youtube page.

Here are the full teams as voted on by the league’s coaches. 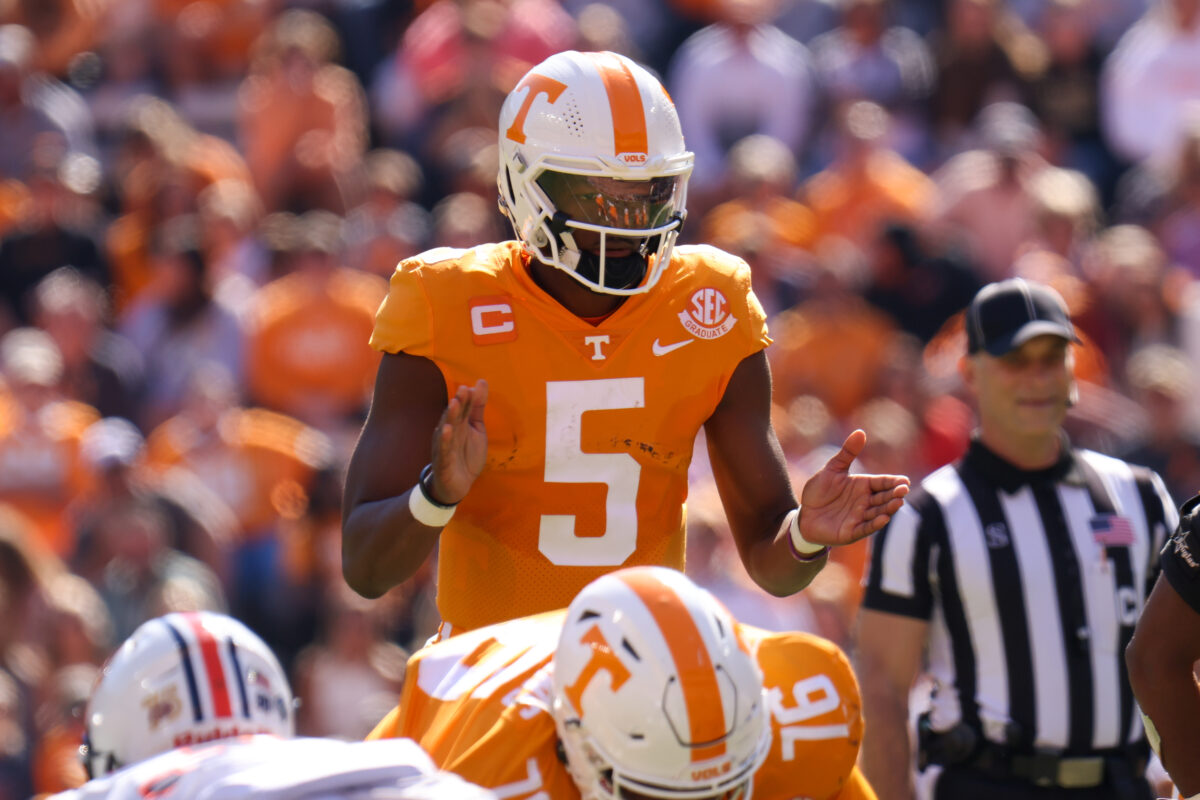 Another week in the SEC football season is down, and it is time to take a look at how it all unfolded.

Many teams had the week off, including Arkansas, Auburn, Georgia, Florida, and Kentucky. However, plenty of football was still played, and there were plenty of storylines to follow.

The week’s premier matchup between LSU and No. 7 Ole Miss turned out to be a dud, as the host Tigers defeated Ole Miss, 45-20. The Rebels jumped out to a 14-3 first quarter lead, but LSU would go on to outscore Ole Miss 42-6 over the final three quarters to solidify the win.

The next storyline to follow involved two SEC quarterbacks. Would Tennessee‘s Hendon Hooker experience a letdown game following a massive win over rival Alabama? How would Alabama‘s Bryce Young bounce back after a deflating loss to Hooker’s squad a week ago? Both would go on to carry their teams to big wins.

Finally, the legend of Shane Beamer continues in South Carolina. The second-year head coach led his team to another win on Saturday, as the Gamecocks knocked off Jimbo Fisher and Texas A&M for the team’s first win over the Aggies in program history.

Pro Football Focus released their grades for each SEC quarterback on Sunday morning How effective was each quarterback in the SEC during their week eight game? Here is a ranking of each quarterback’s performance based on grade

Auburn may not be in action this weekend, but other SEC teams are still set to take the field. 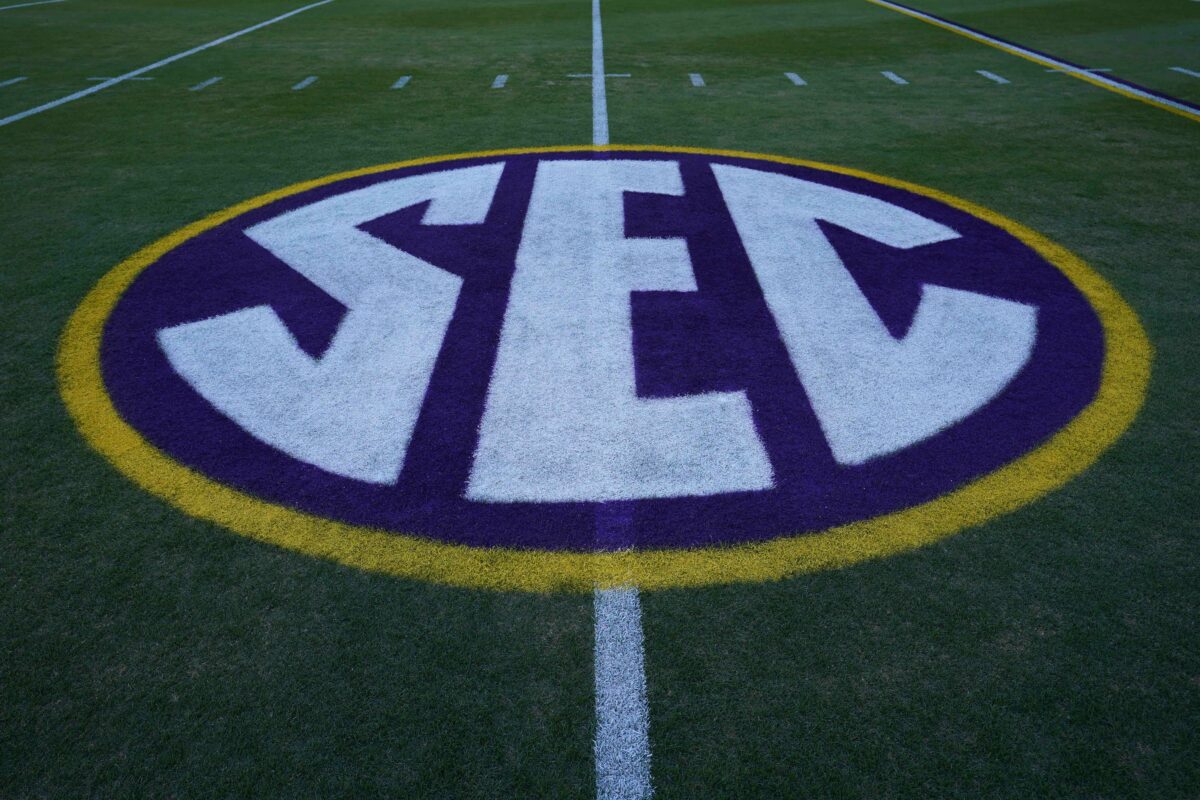 A few SEC teams are on bye this week, but nine of them will still be in action on Sunday. As such, the staff here at Auburn Wire will make our game selections, but we won’t be debating the Tigers’ X-factors or giving you any score predictions until the team plays Arkansas next Saturday. Last week, Contributor River Wells came out on top with a 5-1 record and both Contributor J.D. McCarthy and Regional Editor Patrick Conn placed a solid 3-3. The biggest loser last week was Site Editor Taylor Jones, who turned in a 2-4 record on his picks.

So without further ado, here are the staff’s Week 8 SEC picks for Saturday’s matchups:

Here is the latest Auburn news you may have missed for the Auburn Morning Rush: 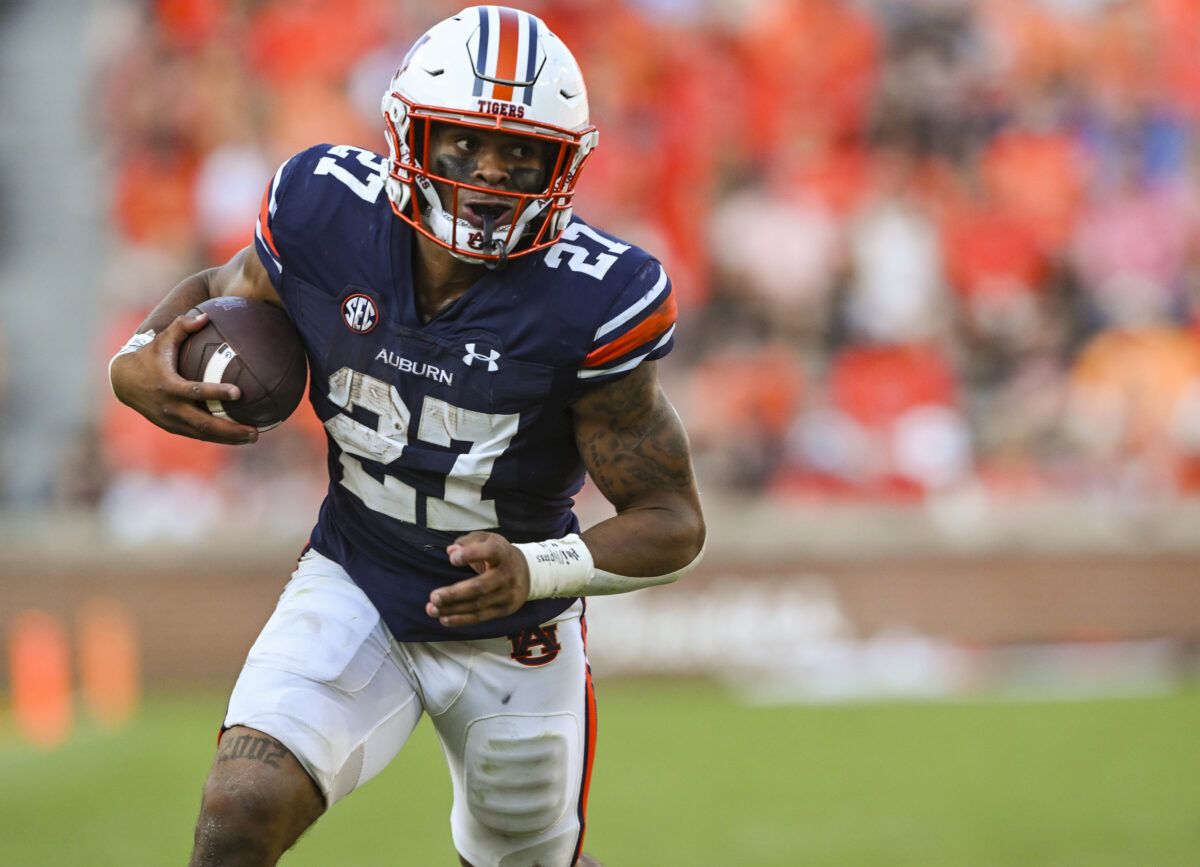 But that isn’t the only Auburn sport being played this fall season. Both the women’s soccer team and Auburn’s women’s golf team deserve some credit for the way those squads have been playing, and on top of that, a former Auburn alum got the job done for his baseball team in the first round of the ALDS between the Yankees and the Guardians on Tuesday night.

Check out the latest Auburn news stories you may not have caught as you ready yourself for your morning commute down below:

Ranking the SEC QBs based on their passing grades from PFF, where is Robby Ashford? 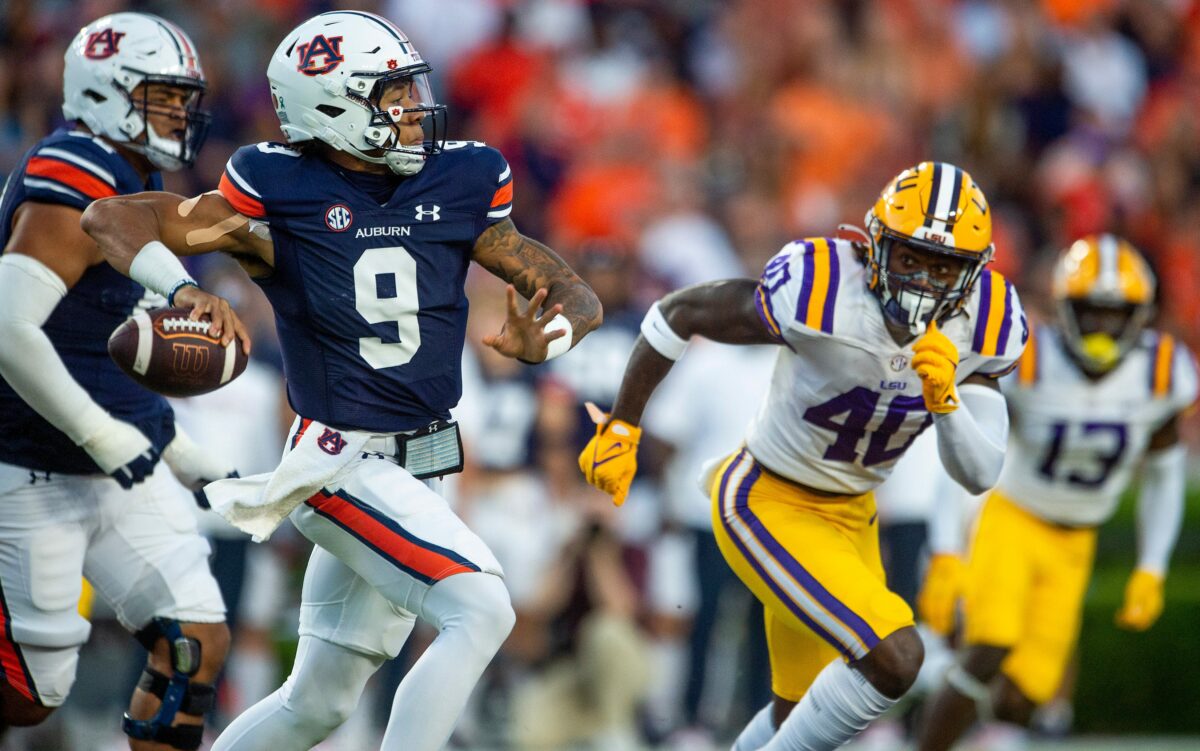 Auburn Tigers quarterback [autotag]Robby Ashford[/autotag] is coming off his best game of the year. He accounted for 356 yards of total offense against the LSU Tigers, 337 of that total came through the air.

Ashford connected on touchdown passes of 18 yards to Camden Brown and 53 yards to Ja’Varrius Johnson. But was it enough to climb up the passer rankings in the SEC?

The clear leader in the SEC clubhouse has been Alabama Crimson Tide quarterback Bryce Young. He is currently 11th in the FBS with 14 touchdown passes. The only SEC passer ahead of Young is Mississippi State’s Will Rogers, who is also the leading passer in yards and yards per game.

Georgia’s Stetson Bennett has been racking up the yards this season, he currently sits second to Rogers in yards and yards per game. The only thing holding the UGA QB down in the rankings are his touchdown totals. Through five games, Bennett has five which is more than Ashford and [autotag]T.J. Finley[/autotag] combined.

Using the passing grades from Pro Football Focus, we have the updated rankings for the signal callers in the SEC.

Checking in on the current and future SEC teams with the top stories on Tuesday. 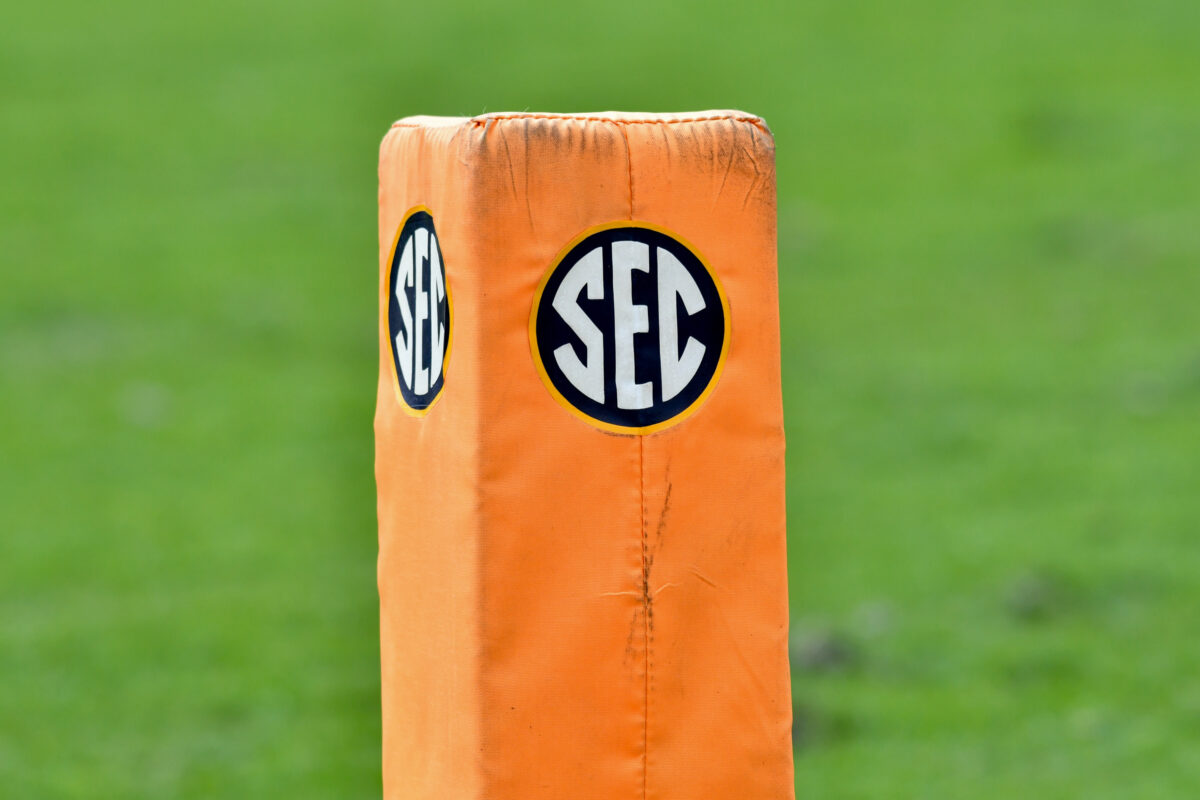 We are approaching the midway point of the 2022 college football season in the SEC. Thus far we have seen the usual suspects standing at the top of the hill with Alabama and Georgia coming into Week 6 with identical 5-0 records.

They have both won their two conference matchups. Not to mention both have survived early season scares. Alabama needed a last-minute field goal to beat Texas in Week 2, while Georgia needed a surge to fend off Missouri on Saturday. This week Alabama takes on Texas A&M, while Georgia and Auburn renew their rivalry game.

Speaking of the Bulldogs, it is Georgia week and the shots have already been fired by UGA Wire.

We check in on the rest of the SEC with this roundup on a Tuesday morning. We will also check on the future conference teams, Oklahoma and Texas.

Previewing Week 4 action around the SEC. 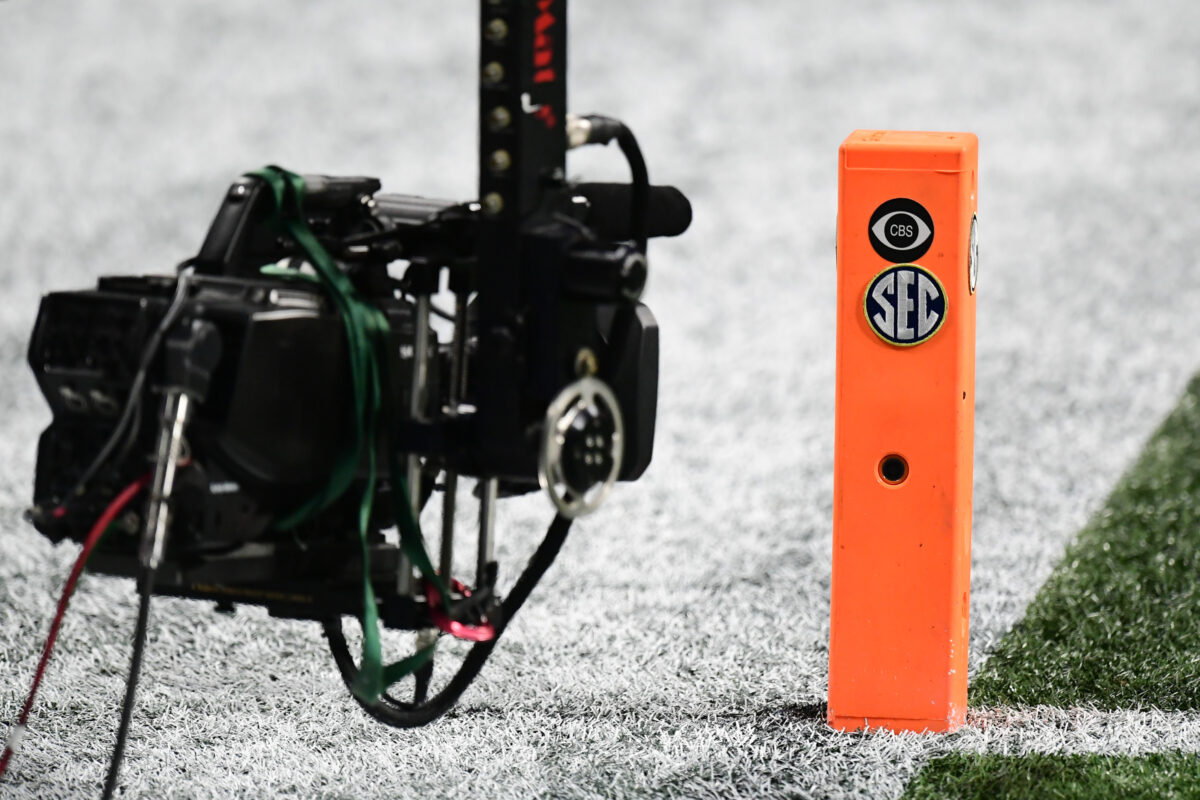 There will be plenty of SEC action this week as all 14 teams will be on the field spanning 10 games. There are four conference games on the docket and it begins at 11:00 a.m. CT when the Missouri Tigers face off with the Auburn Tigers at Jordan-Hare Stadium.

Following that game we have the Tennessee Vols hosting the Florida Gators at 2:30 p.m. CT at Neyland Stadium.  The night caps will feature a Southwest Classic between the Arkansas Razorbacks and Texas A&M Aggies from AT&T Stadium in Arlington, Texas, and Vanderbilt Commodores at Alabama Crimson Tide from Bryant-Denny Stadium.

Outside of those four games, the six nonconfernce tilts should all be in the SEC’s favor. We break down all 10 games with our Week 4 preview. All games are listed in order of kickoff.