The Nittany Lions are searching for their first national championship in men’s volleyball since 2008. 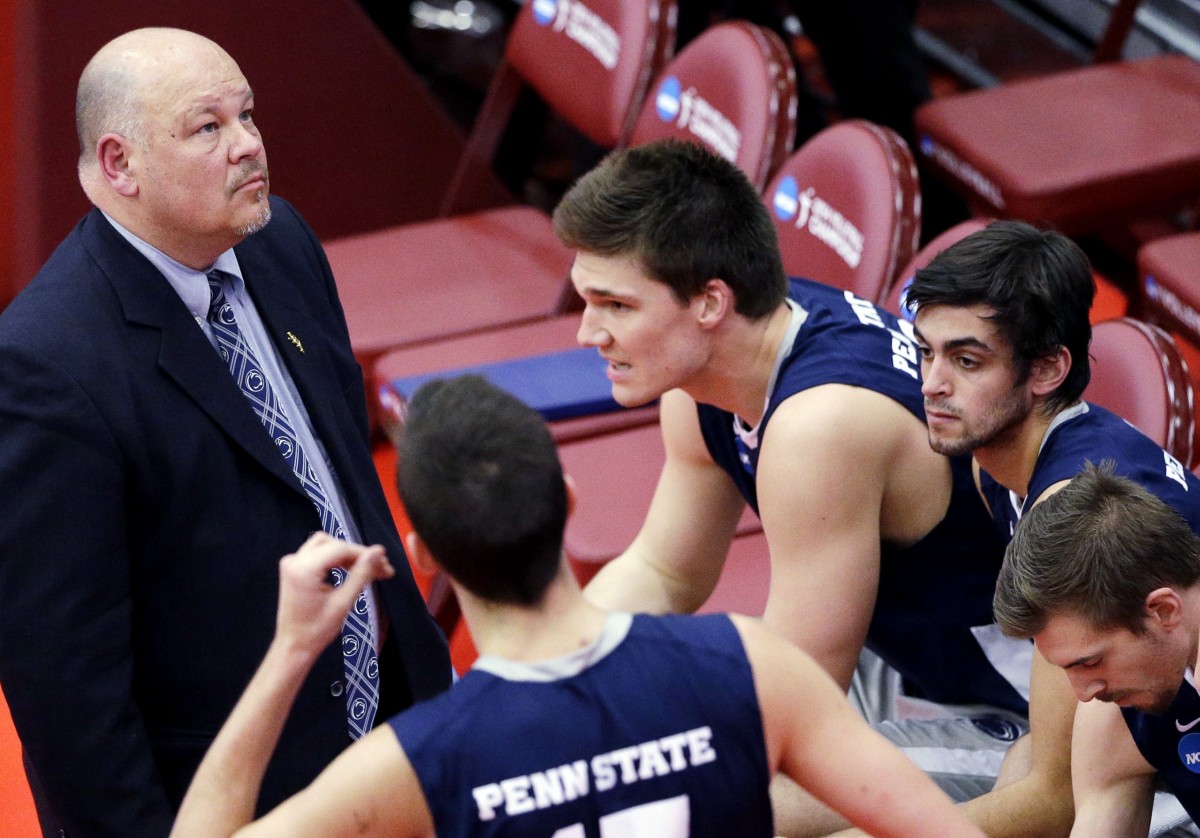 The Penn State men’s volleyball team is officially headed to the NCAA Tournament. The team punched their tournament ticket Saturday evening with a 3-1 victory over George Mason in the EIVA Tournament championship, awarding the Nittany Lions an automatic berth in the NCAA field.

Penn State won the first two sets by identical 25-20 scores, but George Mason pulled through for a 32-30 victory in the third set. That forced Penn State to have to finish off the match in the fourth set, with another 25-20 decision.

This was Penn State’s first conference tournament championship since 2017. Penn State won the EVIA championship every year from 1995 through 2017 with the exception of 1998. Head coach Mark Pavlik has been through it all with the Nittany Lions, and he seemed thrilled with the action in the championship match between his program and George Mason, the No. 13 team in the nation.

“Having been around for four decades of Penn State-George Mason play, this was a match a match that both sets of alums would say, ‘Yep! This is the way its supposed to be,” Pavlik said after the match. “I can’t believe the effort that was put a part by both teams tonight. It was a great match to be a part of.”

Penn State will find out what comes next later today when the NCAA unveiled the NCAA Tournament field for the men’s volleyball bracket. the tournament will be held on the campus of Ohio State. The Buckeyes fell short of the MIVA Tournament championship earlier this month in the quarterfinal round.