Forward Colin Castleton announced on Sunday that he will test the NBA draft waters this year, declaring for it but not hiring an agent. 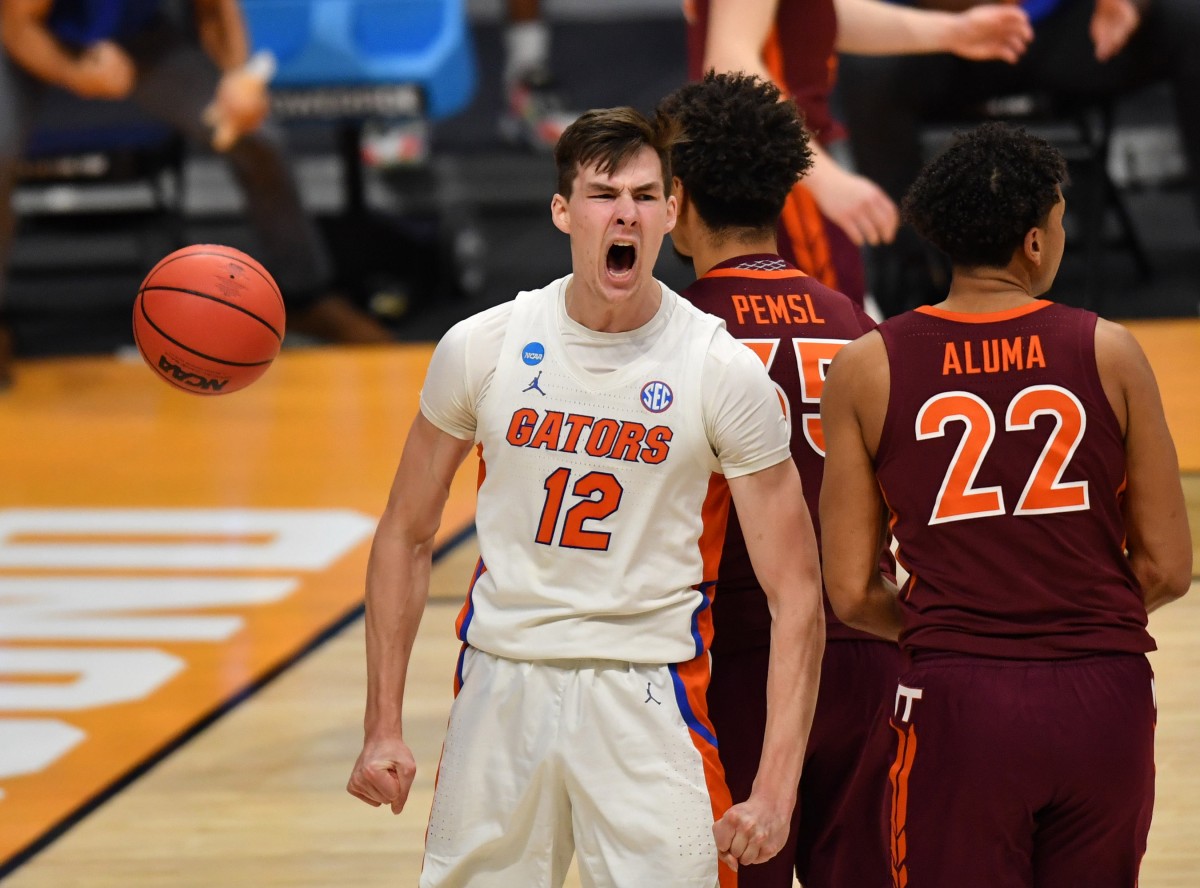 Mike White and his Florida Gators basketball program are in danger of losing another key piece of their rotation from a year ago.

Just days after three players announced they were transferring and talented sophomore Tre Mann declared for the NBA draft, a forward is set to also test the waters. Forward Colin Castleton announced on Sunday that he will test the NBA draft waters this year, declaring for it but not hiring an agent.

The key words in Castleton’s message below are that he’s not hiring an agent which allows him to retain his eligibility. That means he can test the waters by talking to scouts to get a feel for where his draft stock is and return to Florida.

The former Michigan commit transferred to Florida after two years with the Wolverines after finding himself buried on their depth chart. In his lone season so far with Florida, Castelton averaged 12.4 points, 6.4 rebounds and 2.2 blocks per game.

In the NCAA Tournament, Castleton recorded double-doubles in the Gators’ two games including scoring 19 points and grabbing 14 rebounds against Virginia tech.

It would be a little shocking to see him stay in the draft at this point as getting feedback will be key for him. He could take that feedback he learns from teams and try to improve in his senior season in Gainesville.