ACC letdown games – the date on every team’s college football schedule that might be dangerous. 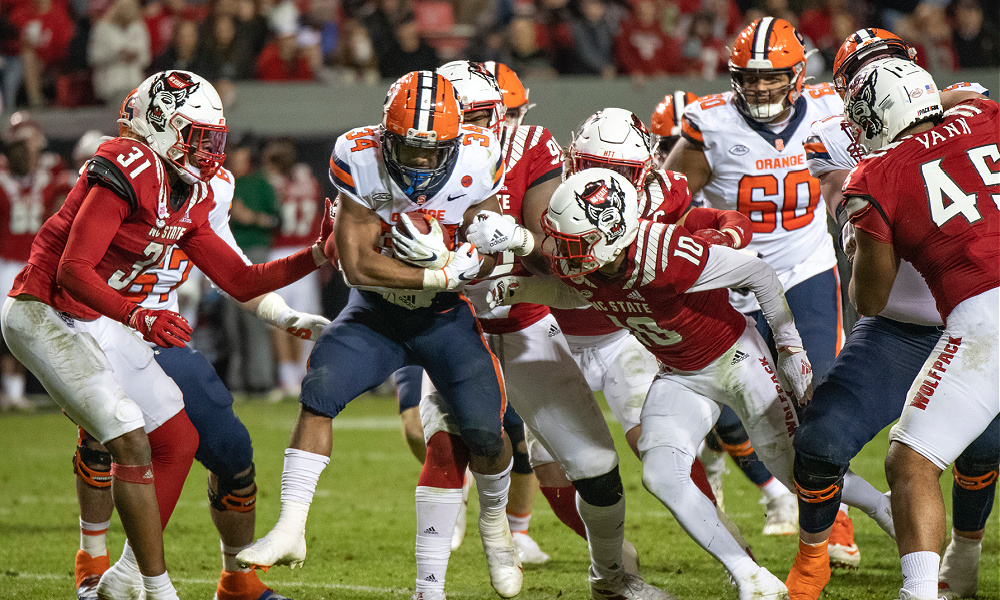 What game on every ACC team’s schedule might cause some trouble? Each team should win these games, but focus, interest, and big games before and/or after could be a problem in these letdown dates.

Miami College Football Preview 2022: Team breakdown, season prediction, keys to the campaign, and what you need to know 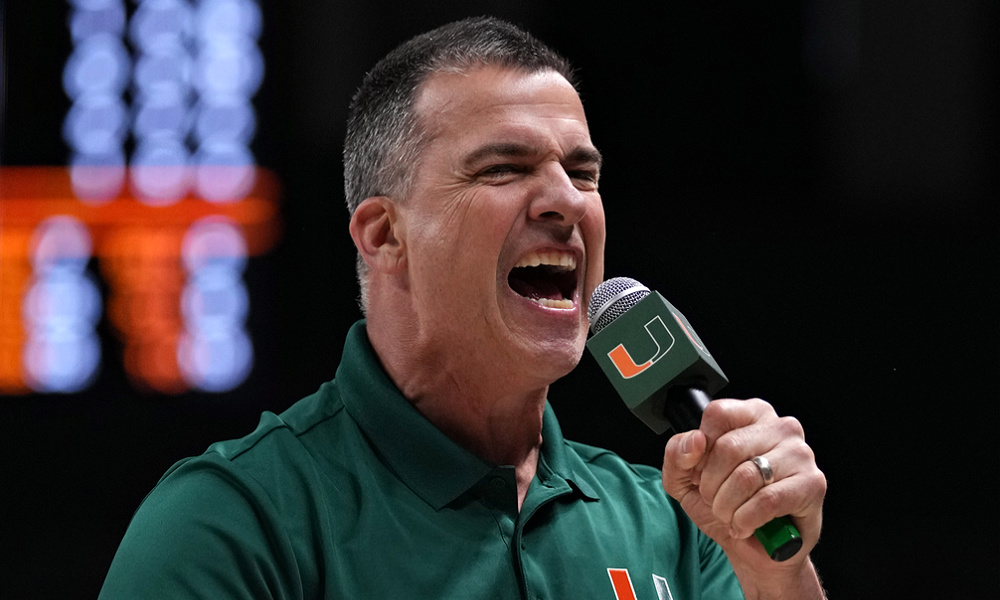 Miami Hurricanes Preview 2022: Previewing, predicting, and looking ahead to the Miami season with what you need to know and keys to the season.

It’s about time these two crazy kids got together.

Mario Cristobal is Miami through and through.

He was born there, he played there, he was a key assistant coach there, and he even got his first head coaching gig there – even if it was a few miles to the left from Coral Gables at FIU.

He was even in the 30 for 30 about the place, and somehow he ended up in the opposite corner of the country to be a part of the resurgence of Oregon.

Even though he was a star recruiter and offensive coordinator, and even though he pulled in two Pac-12 titles and played for a third over the last three seasons, he was still all about the U.

Now the guy who was all but destined to be the head coach and the program is about to try making the place special again.

No, he might not be able to rebuild the mythical fence around the “State of Miami,” and no one will ever create the same magic – even if the wins are there – but there’s no reason the University of Miami should be this mediocre at college football.

It shouldn’t be a big deal that the program went 7-5. On the plus side, it was the way last year’s team was able to close that should bring hope for an instant improvement.

The loss to Alabama was a loss to Alabama, and Michigan State was great from jump, but Miami lost to North Carolina, Virginia, and Florida State by a grand total of eight points – there were some crazy finishes both positive and negative – and now there’s stability, experience, and reasonable expectations for big, giant, national championship-level things in the near future.

For now, ACC Championship-level things would be a start.

If this guy can’t get it done …

The Miami offense has the parts, and it has the offensive coordinator. Josh Gattis is coming in from Michigan, and he’s got a whole lot of work to do.

The Hurricanes have to be stronger for the running game, the turnovers have to stop, and he’s got to turn a potential star of a quarterback into a prime NFL prospect. But first …

The offensive line has to be a LOT better. Enter Mario Cristobal, an O line coach by nature who brought in a few nice parts from the transfer portal – guards Jonathan Denis and Logan Sagapolu from Oregon – to go along with some already strong options.

Zion Nelson has NFL upside at left tackle, Jakai Clark is a solid veteran center, and DJ Scaife can work at either guard or tackle. The starting five will be as strong as it’s been in a while, and the pass protection is about to be a whole lot better.

The running game should be more consistent, too, after averaging just 3.7 yards per carry. Leading rusher Jaylan Knighton ran for 561 yards and eight scores, but Ole Miss transfer Henry Parrish should be the main man for the attack.

Last year was supposed to be about the return of D’Eriq King, and instead it became the Tyler Van Dyke show. He took over for the injured King early on and went off, throwing for close to 3,000 yards with 25 touchdowns and six picks, showing terrific maturity for a freshman and a calm demeanor in the clutch.

Leading receiver Charleston Rambo is a Carolina Panther, but in comes Frank Ladson from Clemson to go along with 33-catch sophomore Key’Shawn Smith and Will Mallory, the best of a loaded tight end group. Van Dyke – with more time to work – will make the receivers even better.

It only seems like Kevin Steele has been the defensive coordinator for 47 Power Five programs. The 64-year-old veteran has been through the SEC wars, worked for a few years at Clemson, was the head coach at Baylor for a while, and has seen just about everything on his way to Coral Gables.

Now he has a defense that’s going through a reboot.

A few starters and key parts from last year are back, but graduation and the transfer portal ripped through the starting 11.

Welcome to the new guys with at least six transfers about to play huge roles for a defense that was shockingly mediocre, couldn’t stop the pass, and desperately needs to make the Turnover Chain matter again.

This group will get into the backfield working around rising sophomore Leonard Taylor, who led the team with 9.5 tackles for loss from his tackle spot.

The back seven isn’t getting as much help as the front four, but there are additions. UCLA’s Caleb Johnson will likely be the team’s leading tackler from his middle linebacker spot, and West Virginia’s Daryl Porter will all but have a corner job locked down on the other side of Tyrique Stevenson.

Leading tackler Corey Flagg is back after making 60 stops, and second-leading tackler Wynmon Steed returns, too. However, those two will have to fight for space in a suddenly crowded linebacking corps.

6-5, 224-pound sophomore James Williams has the upside to be a terror at safety for what’s growing into a relatively deep position.

Who are the top 10 Miami players going into the 2022 college football season? 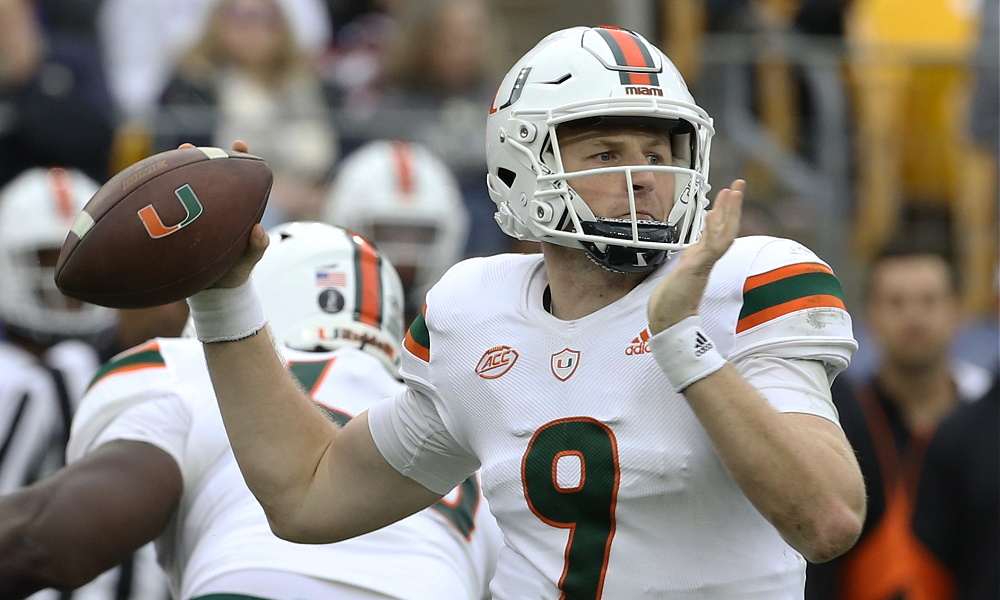 Miami Hurricanes Preview 2022: Who are the top 10 players going into the season?

Who are the ACC’s greatest NFL Draft picks of all-time? Here are the top three best picks from each ACC program. 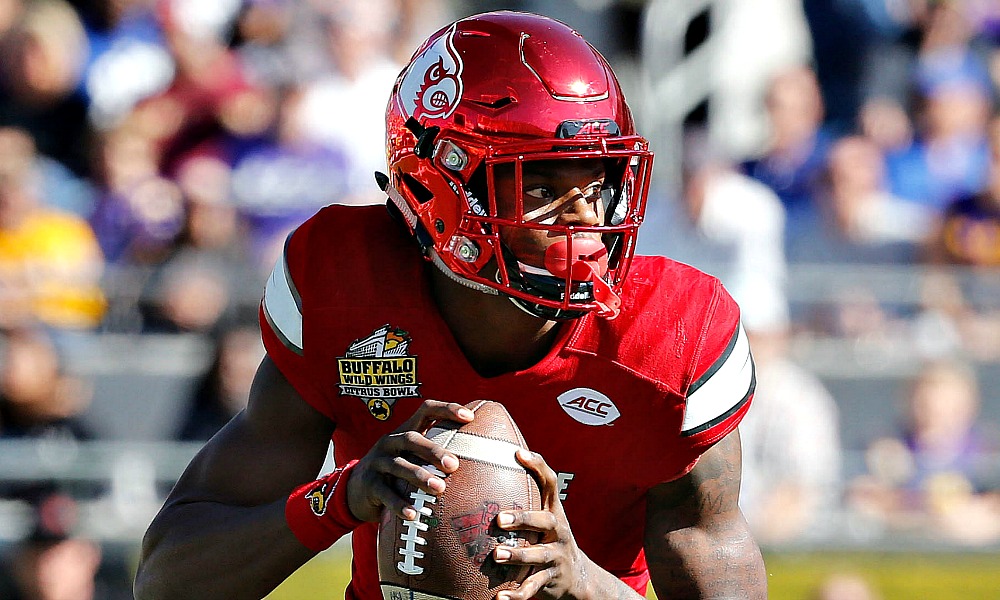 Who are the best NFL Draft picks from every ACC program? Which players turned into the greatest stars at the next level?

The ACC takes a backseat to no one when it comes to NFL draft bragging rights from its current programs.

The bulk players might not be there like it is from the SEC and the Big Ten, but you want high-end talent?

From Dan Marino to Jim Brown, and from Lawrence Taylor to Derrick Brooks to Aaron Donald, there’s a lot for the ACC to chirp about.

This isn’t a list of the top pro players to come from the ACC schools – these are the best draft picks.

Players who had great careers for teams other than the ones that drafted them don’t get enough credit, or aren’t on the list at all.

The goal for any draft pick is to get a player who performs at a high level for a long period of time, so longevity matters over one short burst of greatness. 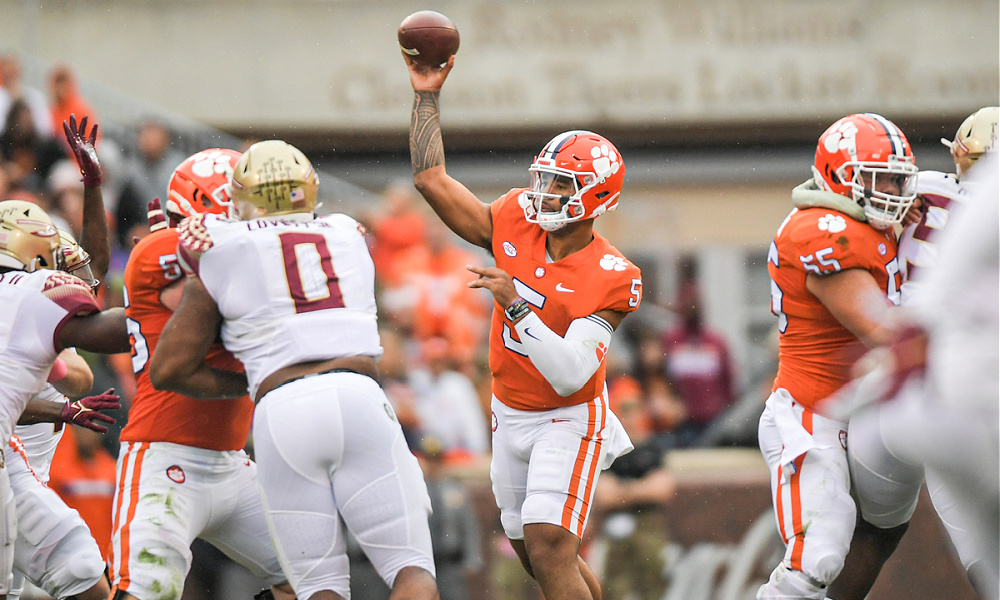 ACC college football rankings and predictions with the realistic best and worst case records and quick analysis – the 2022 spring version.

It’s going to be one of the craziest offseasons yet with the transfer portal, a whole lot of big transitions, and several key teams needing to do a whole lot of work.

Before diving into the nuts and bolts of each team with our team-by-team Preview 2022, here’s the spring version quick look, prediction, and ranking of each ACC team.

Don’t get into any sort of a twist with these ACC rankings – you could take about ten of the teams, mix them up in any order, and you’ll probably be right.

Seriously, if you want to swap 11 and 12 on this with, say, 4 and 5, go for it – that’s how even this league should be. If you thought last year was weird in the conference, just wait.

Kansas vs Miami prediction, NCAA Tournament Elite 8 game preview, how to watch, lines, and why each team might – or might not – win on Sunday 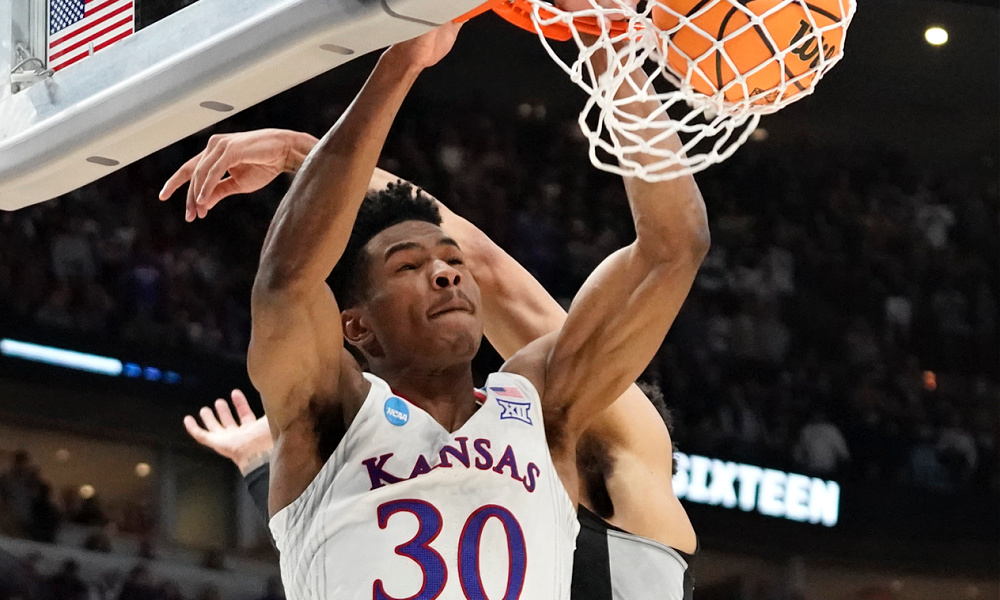 Kansas vs Miami Game Preview, How To Watch

The CFN expert picks and predictions for the Elite 8 NCAA Tournament games. 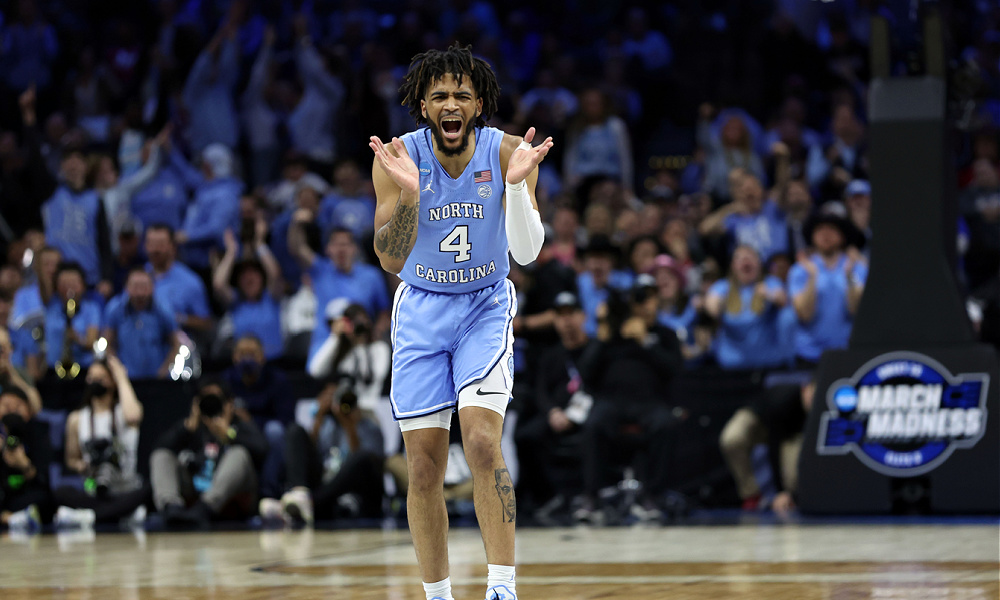 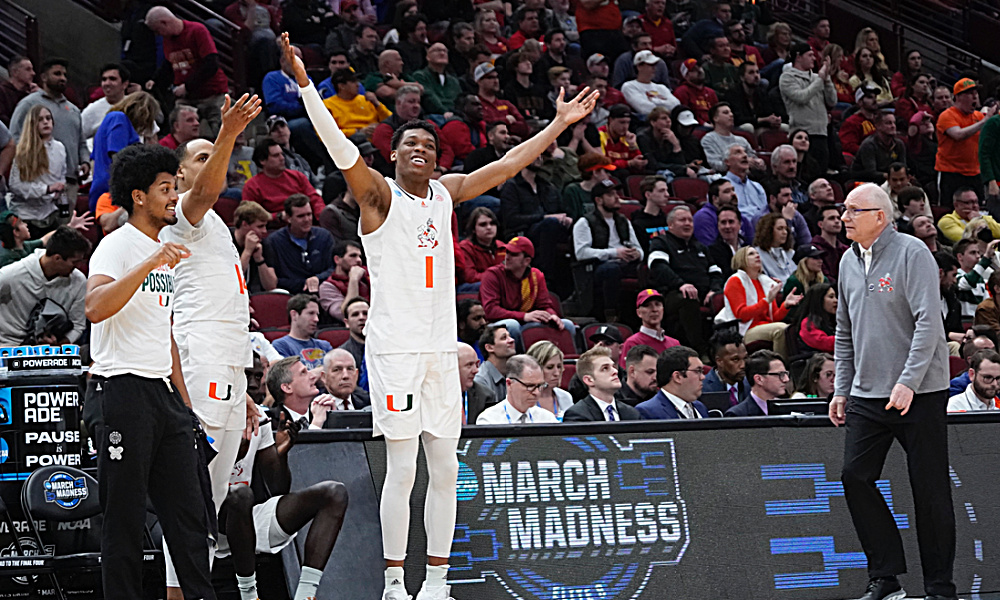 NCAA Tournament Elite 8 schedule, predictions, and game previews with all of the game times, lines, and how to watch

NCAA Tournament predictions, college basketball expert picks for the Sweet 16 games * next to the pick means the team will win, but not cover. Click on each game for the game preview and CFN Prediction NCAA Tournament Sweet 16 Expert Picks Gonzaga … 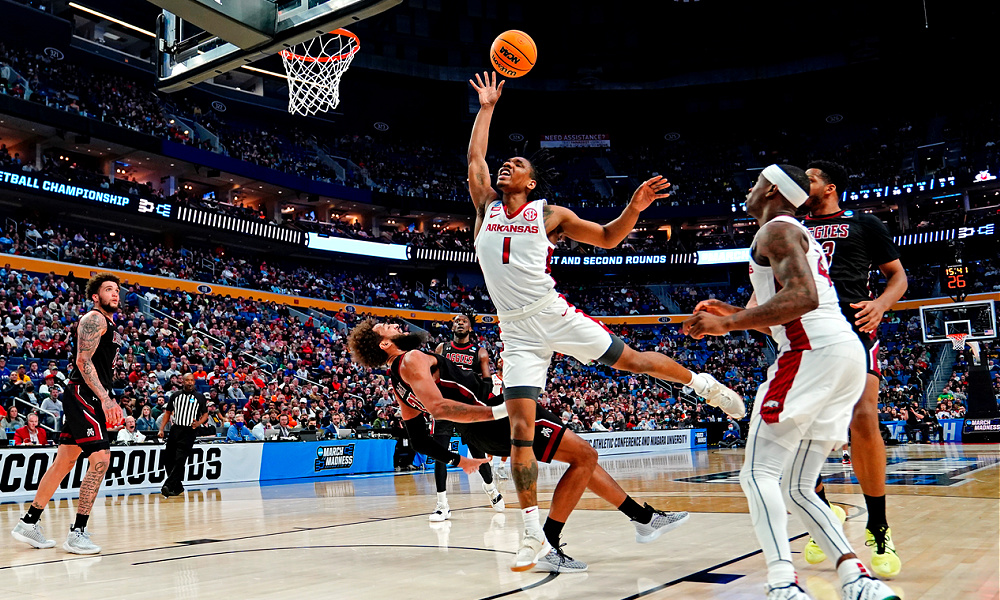 Miami vs Iowa State prediction, NCAA Tournament Sweet 16 game preview, how to watch, lines, and why each team might – or might not – win on Friday 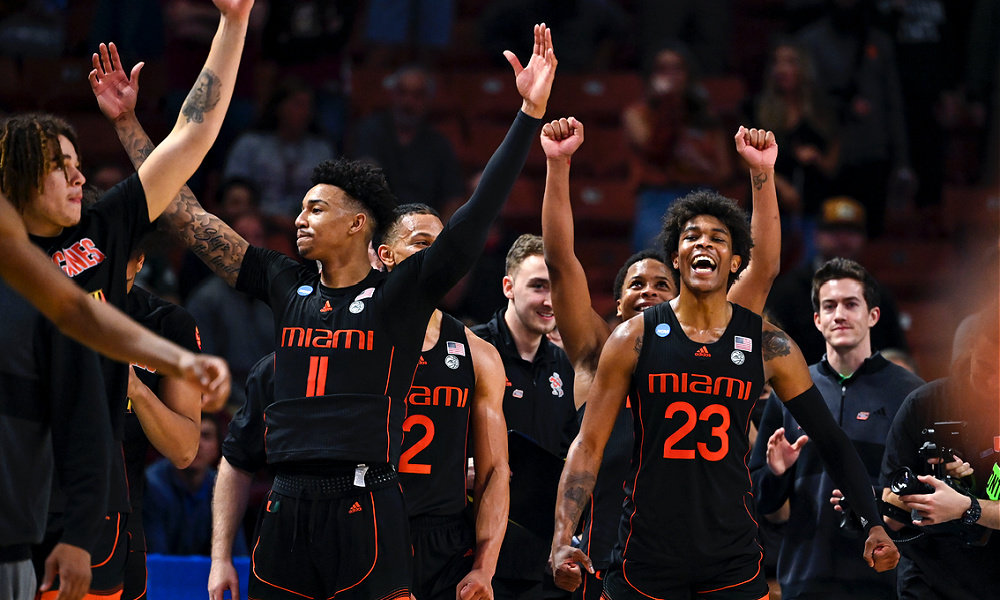 Miami vs Iowa State Game Preview, How To Watch