Vegas oddsmakers have released their win totals for the 2021 season and the Eagles over/under is 6.5 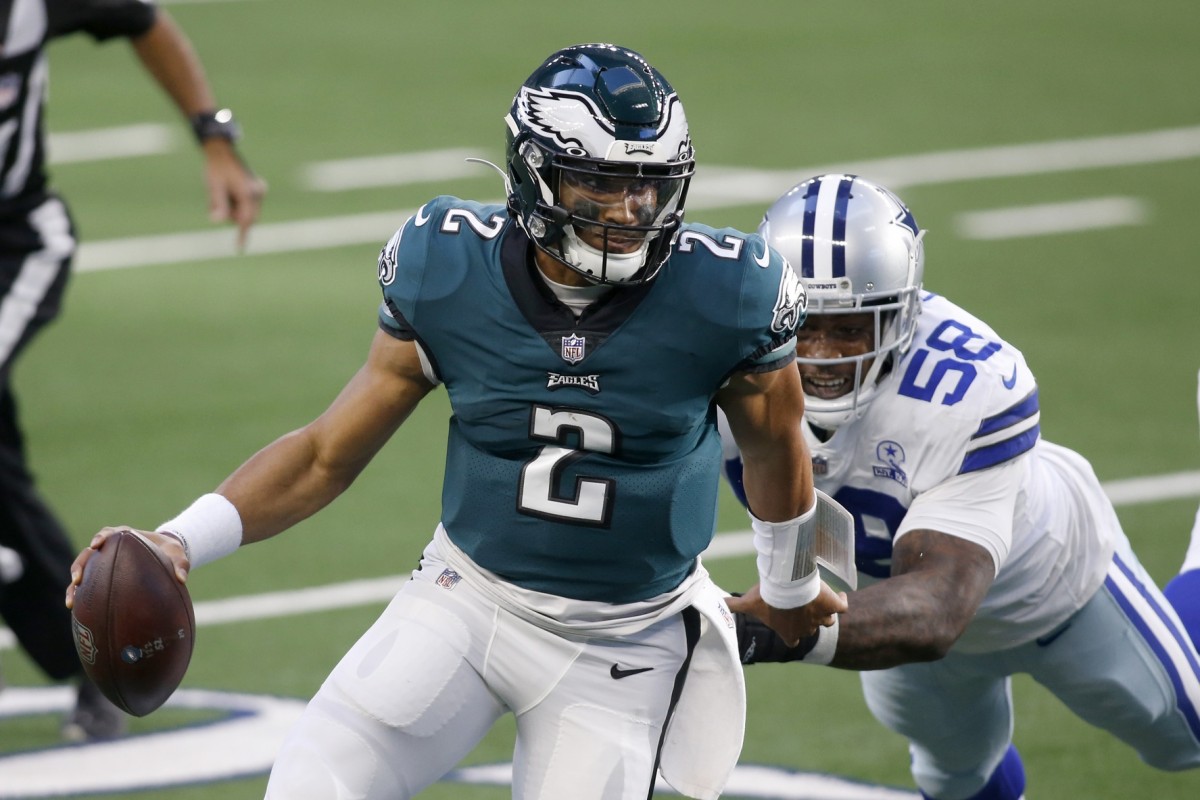 As the Eagles prepare for the NFL draft, experts around the league and Vegas oddsmakers have started to project win totals for all 32 teams.

BetMGM released its initial projected win totals for each team for the coming season and the Eagles have an initial over/under of 6.5.

ESPN looked at all 32 teams over and under, with Tim McManus taking the over for the Birds.

It’s been doom and gloom in Philadelphia after the Eagles’ 4-11-1 campaign in 2020, and rightfully so. Still, there’s reason to believe they can be more competitive this season. Projected starter Jalen Hurts is sure to provide a higher level of play than the departed Carson Wentz did in 2020 and will be operating behind an offensive line that is formidable when healthy. The same can be said for the defensive front, which will be backed by Anthony Harris and Darius Slay in the secondary. Philadelphia will benefit enough from a last-place schedule to climb out of the NFC East basement and hit get eight or nine wins. — Tim McManus

Despite losing to the Buccaneers in Super Bowl LV, the Kansas City Chiefs are projected to have the highest win total in the NFL with 12.

Tampa Bay follows closely behind with 11.5, while the Packers (11), Ravens (11), and Bills (10.5) round out the top five. Four other teams have double-digit win totals, including the Cleveland Browns, Los Angeles Rams, San Francisco 49ers, and Seattle Seahawks.

The Texans have the lowest projected win total with 4.5 along with the Detroit Lions (5.5), New York Jets (6), and Cincinnati Bengals (6.5). 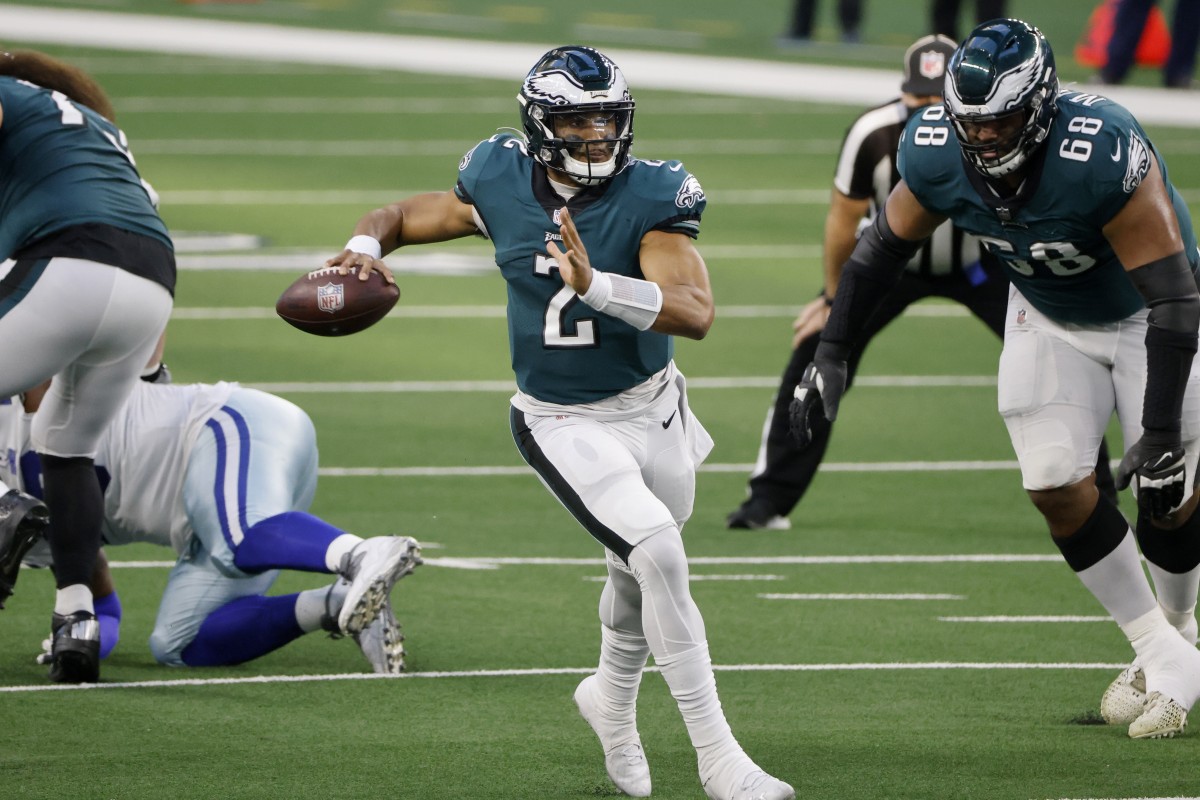 The 2020 NFL season is officially over after Tom Brady and the Buccaneers defeat the Chiefs, 31-9 in Super Bowl 55.

Tom Brady hasn’t even landed at Disney World yet, and BetMGM has already released the early betting odds for Super Bowl LVI at SoFi Stadium in Inglewood, California.

Despite their loss on Sunday, the Chiefs are the favorites to return to the Super Bowl, followed by Aaron Rodgers and the Green Bay Packers. 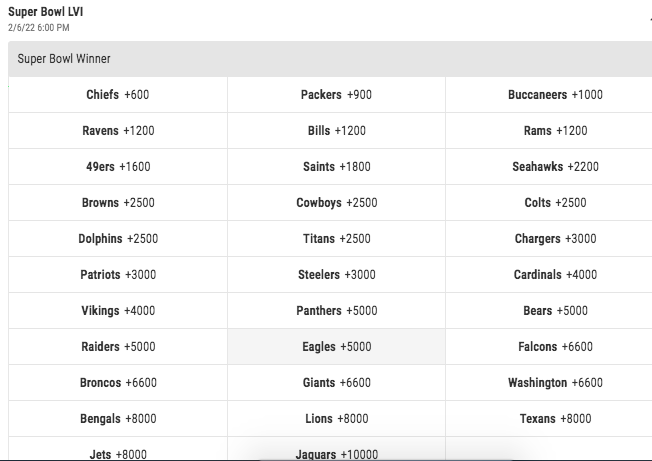 The Eagles, who are likely to have a new franchise quarterback along with debuting a new head coach, have some of the worst odds. 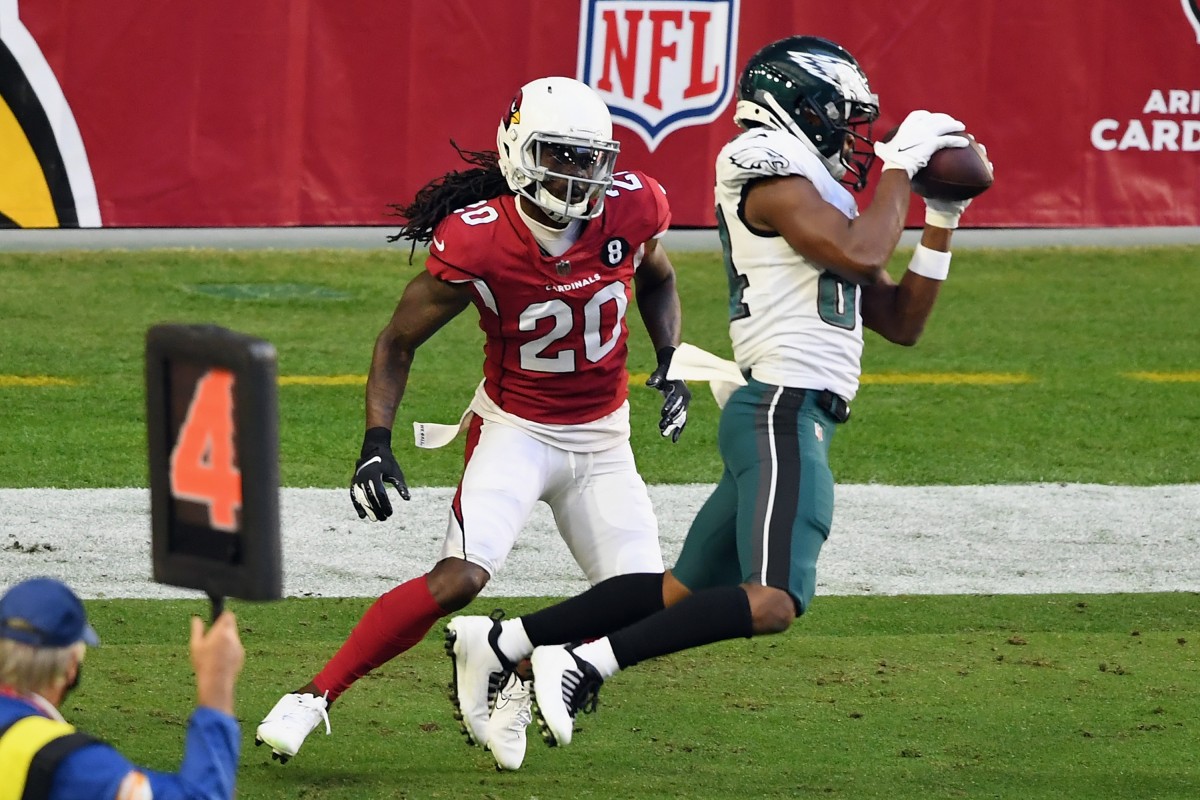 Even after Sunday’s tough road loss to the Arizona Cardinals, the Eagles remain squarely in contention for the NFC East after Washington and New York both suffered defeats on Sunday as well.

Hurts ability to impact both the running and passing game has given the Eagles an eraser for their mistakes upfront and on Sunday, he’ll travel home to the state of Texas, in hopes of giving the Eagles a clean sweep over the Cowboys this season.

If the Eagles can again protect the football and play stout on defense, they should win the game and focus on Washington for all the marbles in Week 17.

The Hurts affect is real and Per BetMGM, the Eagles are opening up as 1.5-point road favorites.

Philadelphia sits 1½ games back of the first-place Washington Football Team with two to play, and they’ll need Washington to lose to Carolina, while also needing the Giants to lose one of the final two games.

With the mobile Hurts in the lineup, the Eagles are averaging 25.0 PPG in his two games, almost four points better than when Carson Wentz is in the lineup.

During their week 8 matchup, the Eagles battered rookie quarterback Ben DiNucci, as Philadelphia secured a 23-9 win while covering the 10.5-point spread.

Eagles open as 7-point home underdogs for Week 14 vs. the Saints 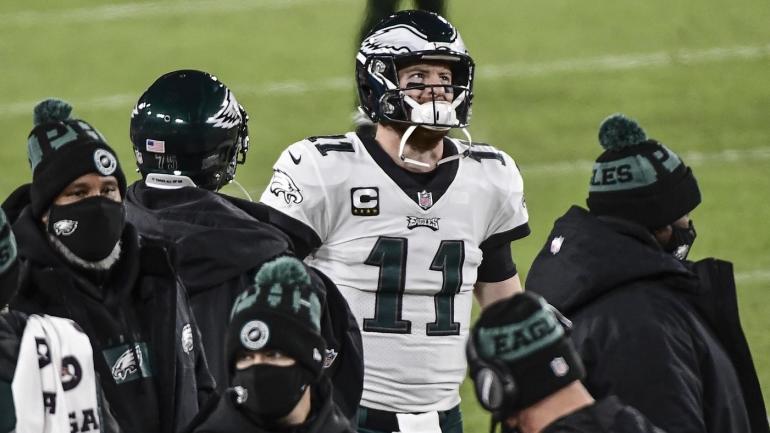 The Saints and Eagles are in similar situations heading into Week 14, with both organizations unsure of who’ll be the starting quarterback.

For New Orleans, the process is extremely positive, with Sean Payton choosing between an almost healthy Drew Brees or the multi-talented Taysom Hill.

For Philadelphia, the Eagles are engulfed in a quarterback controversy after Carson Wentz was benched in the third quarter of Sunday’s loss to the Packers.

Per BetMGM, the Eagles are opening up as 7-point home underdogs. 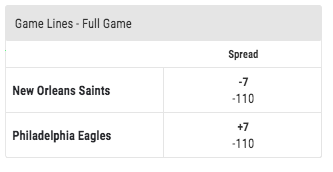 The Eagles are reeling as Doug Pederson won’t commit to Carson Wentz going forward and it appears Jalen Hurts will make his first NFL start against the NFL’s most dominant defense.

The Eagles averaged more yards per pass attempt with Hurts in the game and his ability to escape the pressure should be the ultimate reason for the rookie getting his first start. 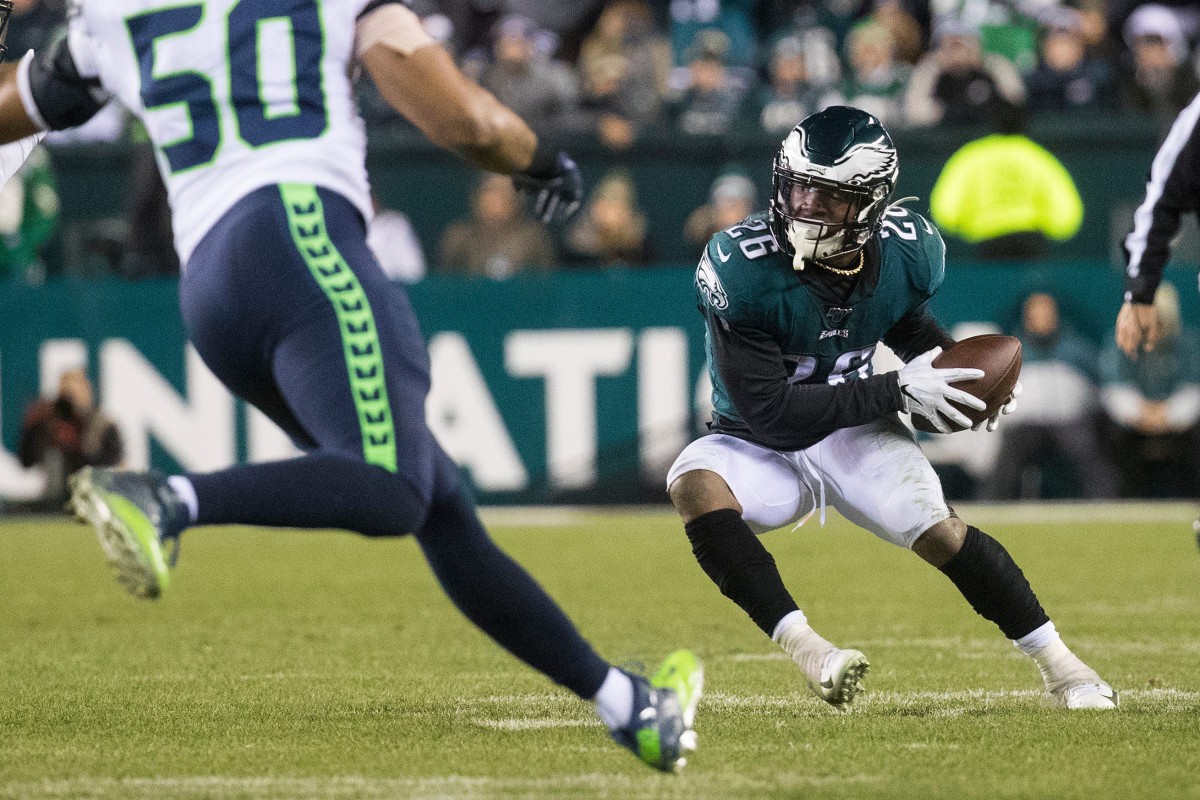 The Philadelphia Eagles are set to finish the 2020 NFL season with six straight games against NFC foes with the Seattle Seahawks first up on Monday Night Football.

The two teams have met five times since Doug Pederson took over as coach of the Eagles with Pete Carroll and the Seahawks winning all five matchups. Monday’s matchup will be the third time the two teams have met in the last year in a half, with Seattle taking both meetings, 17-9.

The latter meeting was Carson Wentz’s first playoff game and it ended with the Eagles star being forced out with a concussion.

The Eagles 3-6-1 are still in first place in the NFC East until Thursday’s Thanksgiving Day matchup between Dallas and Washington, but a win over the Seahawks on Monday night would put the Birds backup one half a game in the division entering Week 13.

The Eagles are home underdogs according to BETMGM, with the visiting Seahawks getting the 5-point advantage on the road. 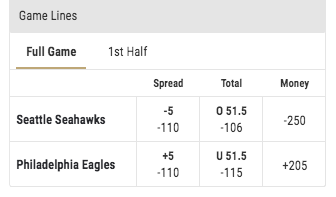 Eagles quarterback Carson Wentz threw for 235 yards, 2 touchdowns, and two interceptions in the loss, one a 50-yard pick-six.

Wentz was also sacked 5 times and has been sacked an NFL-high 40 times heading into Monday night’s matchup. 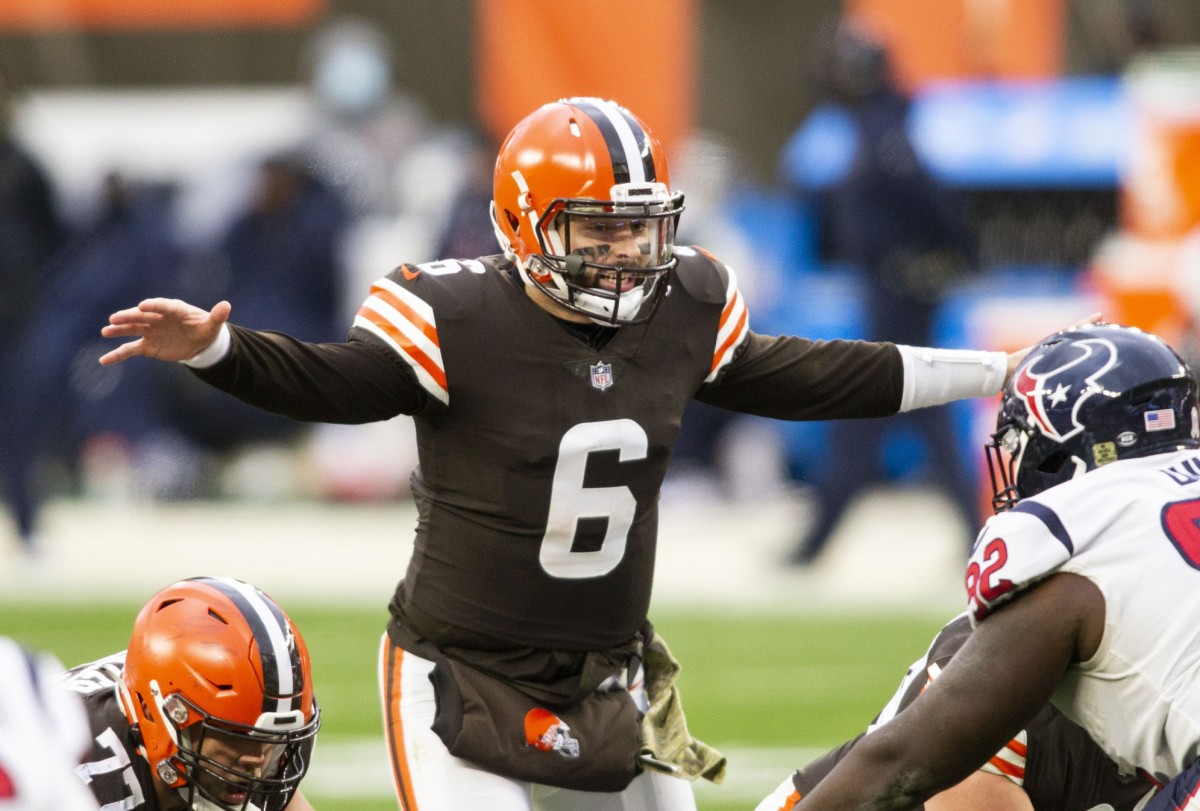 The Cleveland Browns (6-3) host the Eagles (3-5-1) Sunday at FirstEnergy Stadium in the first of five games against some of the NFL’s elite teams, including four NFC powers.

The Eagles are early -3.5 road underdogs according to BetMGM.

The Eagles are coming off a division loss on the road 27-17 to the New York Giants in Week 10.

Wentz completed 21 of 37 passes with just 208 yards and no touchdowns. 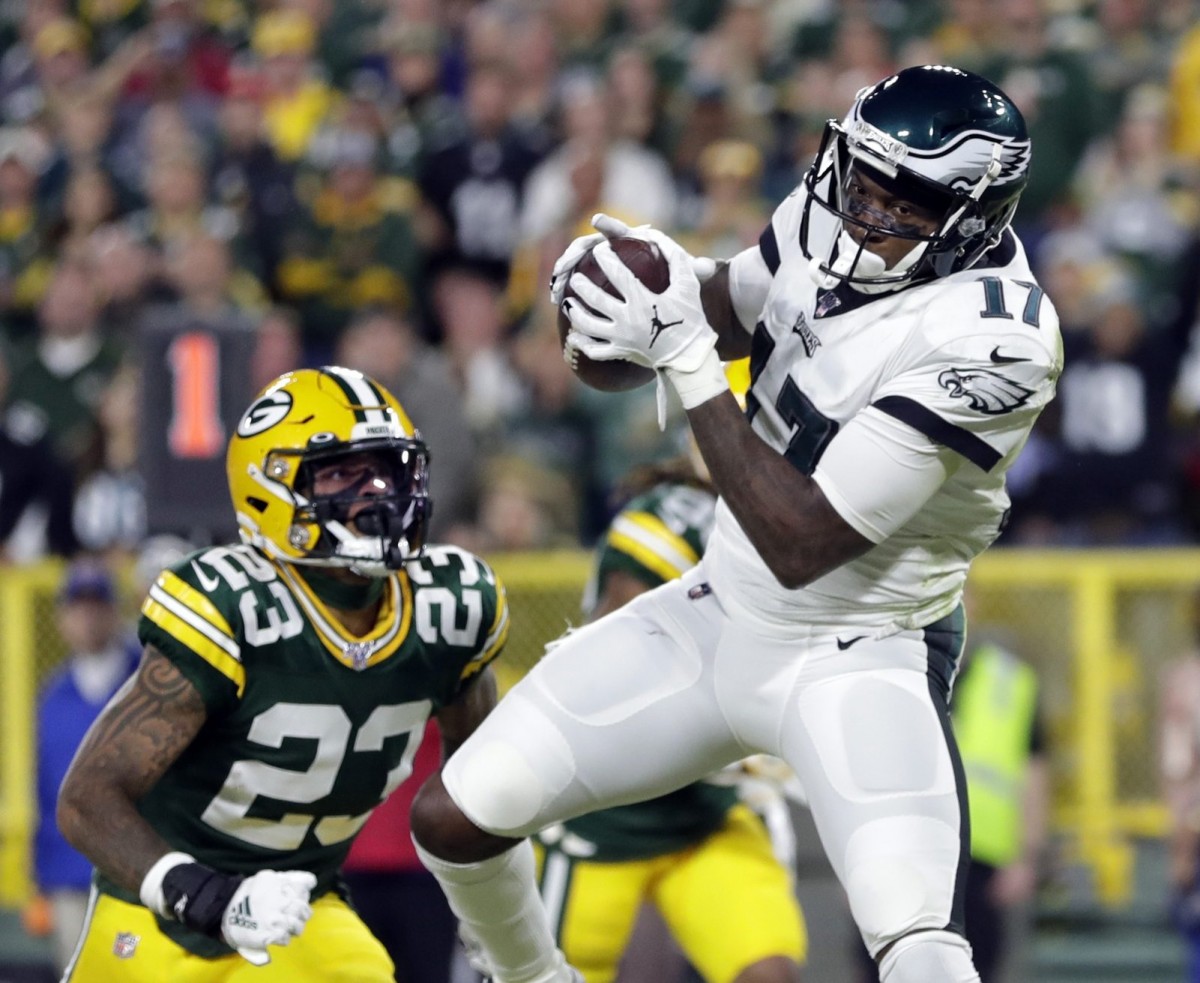 The Eagles provided updates on two more injured players when head coach Doug Pederson addressed the status of Alshon Jeffery (calf) and Miles Sanders (knee). Both players are listed as day to day, with no clear outlook for Sunday night as of now.

As far as Jason Peters and where he may play, non-committal. Complimented Jordan Mailata and how he’s played at LT. #Eagles

Jeffery has been cleared from his Lisfranc injury, but he suffered a calf injury and was ruled out for the Thursday night win over the New York Giants.

Sanders suffered a knee injury in the Eagles loss to the Ravens and missed the Giants game, but could be available for Dallas if he’s able to practice on Thursday or Friday.

Eagles open as 6-point favorites for Week 7 matchup vs. the Giants 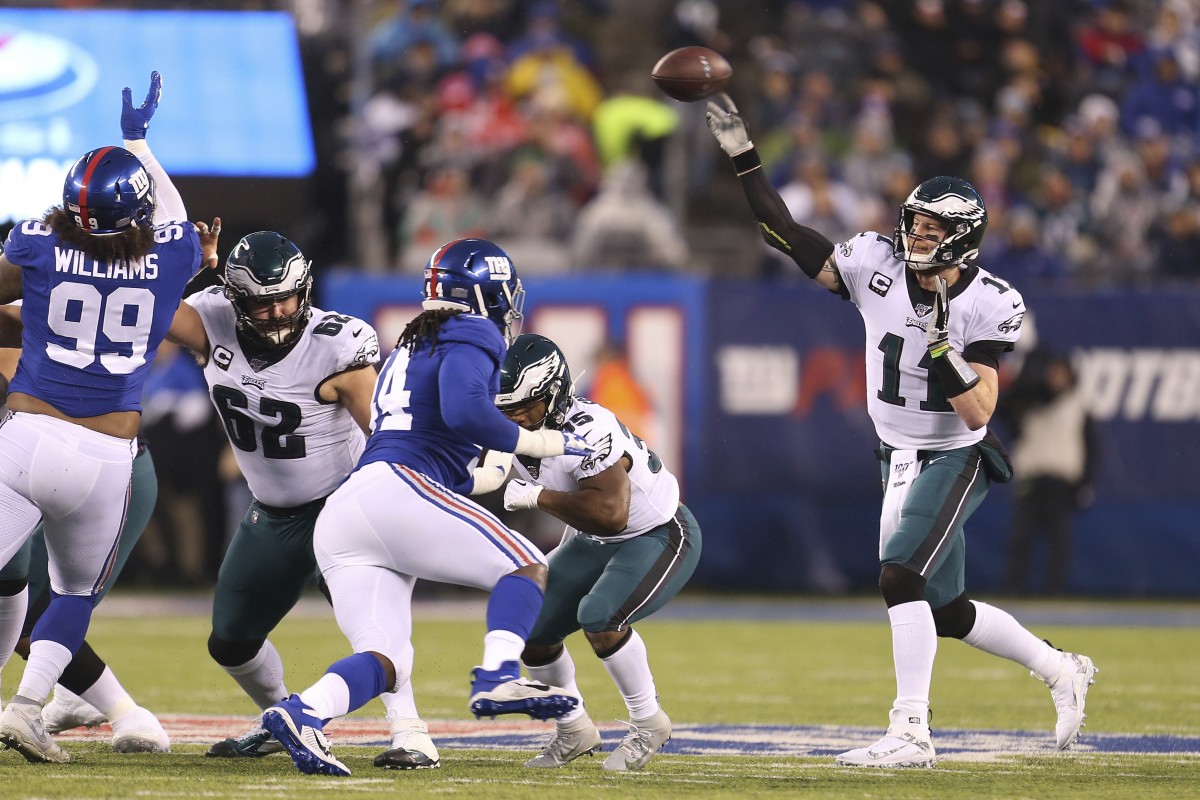 The Philadelphia Eagles badly need a win and the remedy could come in a Week 7 matchup against the New York Giants at home on Thursday Night Football.

DeSean Jackson, who was out Sunday against Baltimore due to a hamstring injury, is expected to return for Thursday night’s game and could help alleviate some of Philadelphia’s downfield passing woes.

Eagles open as 4.5-point favorites in Week 1 vs Redskins 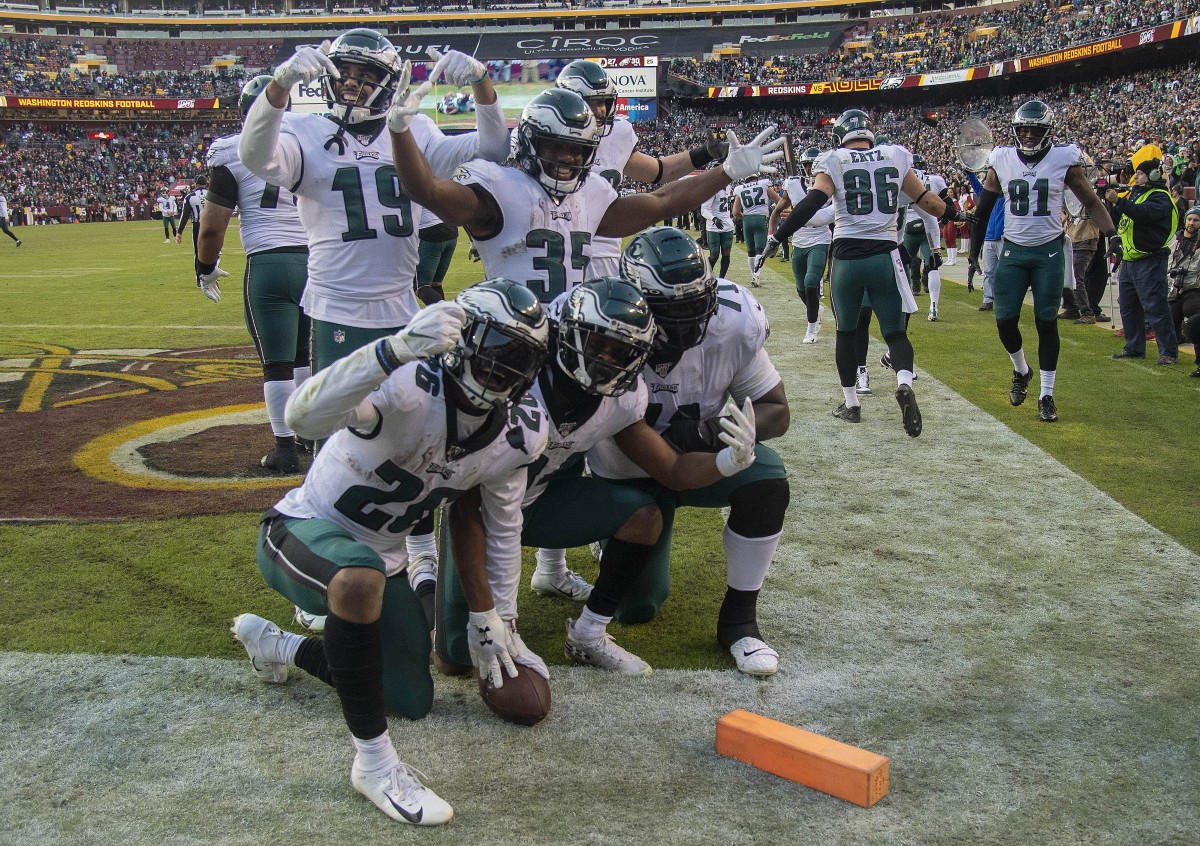 The 2020 NFL schedule is out and the Eagles will rekindle their heated rivalry with the Washington Redskins in the season opener for the second-straight season.

Both teams will look drastically different, with the Redskins replacing GM Bruce Allen and replacing him with a decision-maker and head coach, Ron Rivera.

The Redskins offer a new face in the rivalry with the addition of Ohio State game wrecker Chase Young with the No. 2 overall pick.

He’ll get an early opportunity to test his skills against Lane Johnson, Andre Dillard, and maybe even Jason Peters.

The defending NFC East champions will get the benefit of the doubt entering the ballgame and according to odds from BetMGM the Eagles are early 4.5-point road favorites over the host Redskins.

The Redskins will return Dwayne Haskins at quarterback and the uber-talented Terry McLaurin at wide receiver. 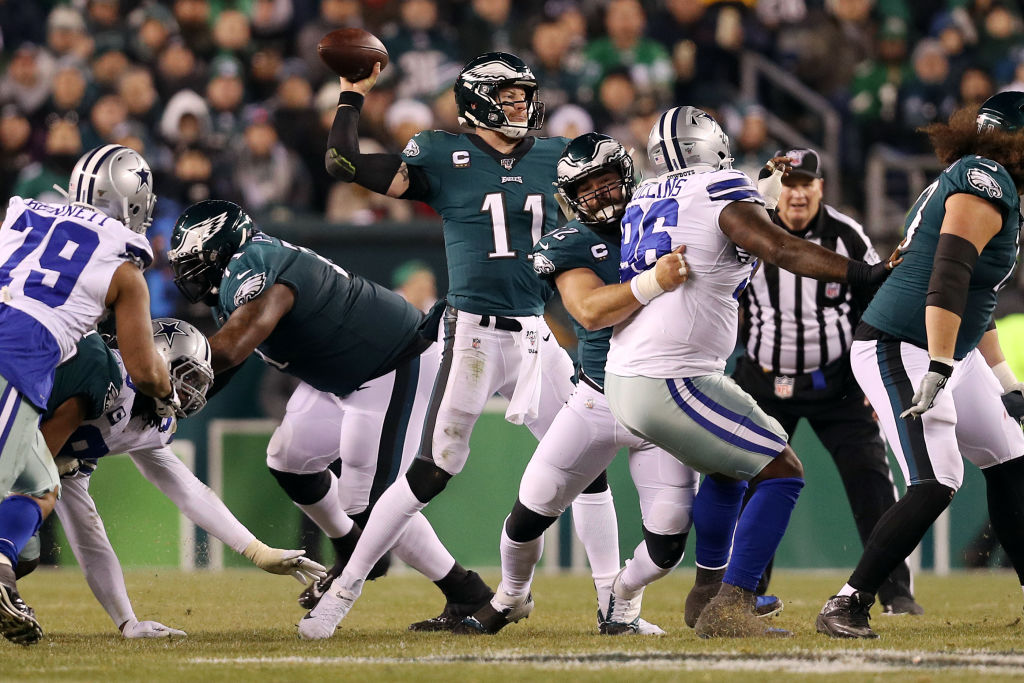 The Philadelphia Eagles were rumored to be enthralled with CeeDee Lamb and after watching him fall to the Dallas Cowboys, it could cost them the NFC East.

The Eagles were the early odds on favorite to repeat as division champions after the Suoer Bowl 54 win by Andy Reid and the Chiefs.

Now after a draft that saw the Cowboys land Lamb and a boatload of other impressive picks, BETMGM has changed the odds on favorite to win the division at this time. 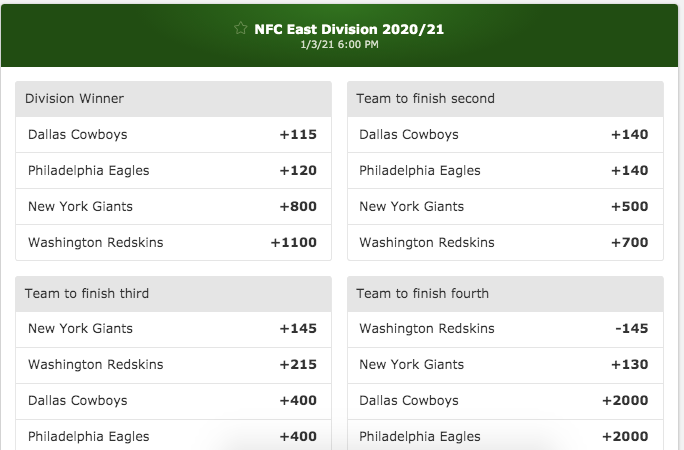 Every team in the division got better, with the Redskins and their fans excited about the addition of Ohio State star Chase Young.

Dallas added Lamb and talented cornerback Trevon Diggs in the second round.