With Jacob Young putting a cap on Oregon’s incredibly successful transfer period, the Ducks have now moved up to No. 11 in the 2021-22 rankings. 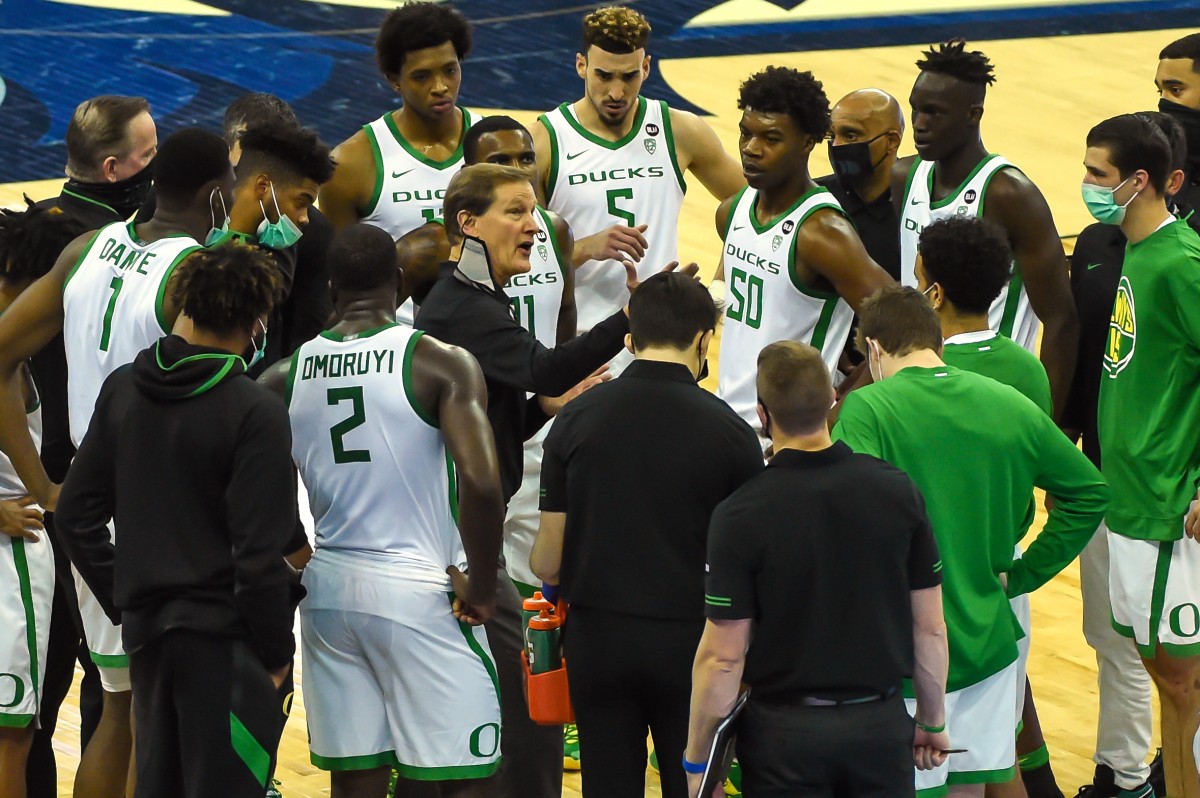 Putting much weight on a pre-season top-25 poll is risky business. For starters, it is called a ‘Way-too-early’ poll, and there are a handful of iterations of them throughout the offseason. This isn’t the first version we have seen from ESPN this year, and it won’t be the last, either.

However, when the Oregon Ducks make as significant of a move as they’ve done, it’s worth taking note of. With the home runs that they keep hitting in the transfer portal, Dana Altman and the Ducks have risen in the polls once again, now sitting at No. 11 in the nation, according to ESPN.

It shouldn’t come as a surprise, but Dana Altman has reshaped the Ducks’ roster this offseason via the transfer portal. The most recent addition, Rutgers transfer Jacob Young, pushes Oregon up a few spots in the top 25. Young, the younger brother of former Oregon guard Joseph Young, is a very good scorer who can shoot it from the perimeter. He had the best offensive season of his career last season, averaging 14.1 points and 3.4 assists while shooting 36.9% from 3-point range as a senior. Oregon needed some more perimeter scoring after the departures of Chris Duarte and LJ Figueroa, and Young should be able to fill that role. He will join returnee Will Richardson and Oklahoma transfer De’Vion Harmon in a versatile backcourt group, while Eric Williams and Quincy Guerrier should shoulder most of the scoring load in the frontcourt. Altman could trot out a lineup with the aforementioned five players, but he can also use one as a sixth man and then start top-10 recruit Nate Bittle, N’Faly Dante or Franck Kepnang down low.

In the last version of the pre-season rankings, Oregon sat at No. 15 in the nation, so the addition of Young to the backcourt provides a significant boost. Despite that, the Ducks are still the second-highest ranked team in the Pac-12, with the UCLA Bruins sitting at No. 3 in the nation after their trip to the Final Four a few months back.

While the rest of the college basketball landscape continues to be settled, we will see if Oregon can continue to move up in the rankings at all. For now, though, it’s clear that they should be one of the perennial powers in the nation next year, with high hopes for March.