The best holiday gift ideas for any Pittsburgh Steelers fan in your life. 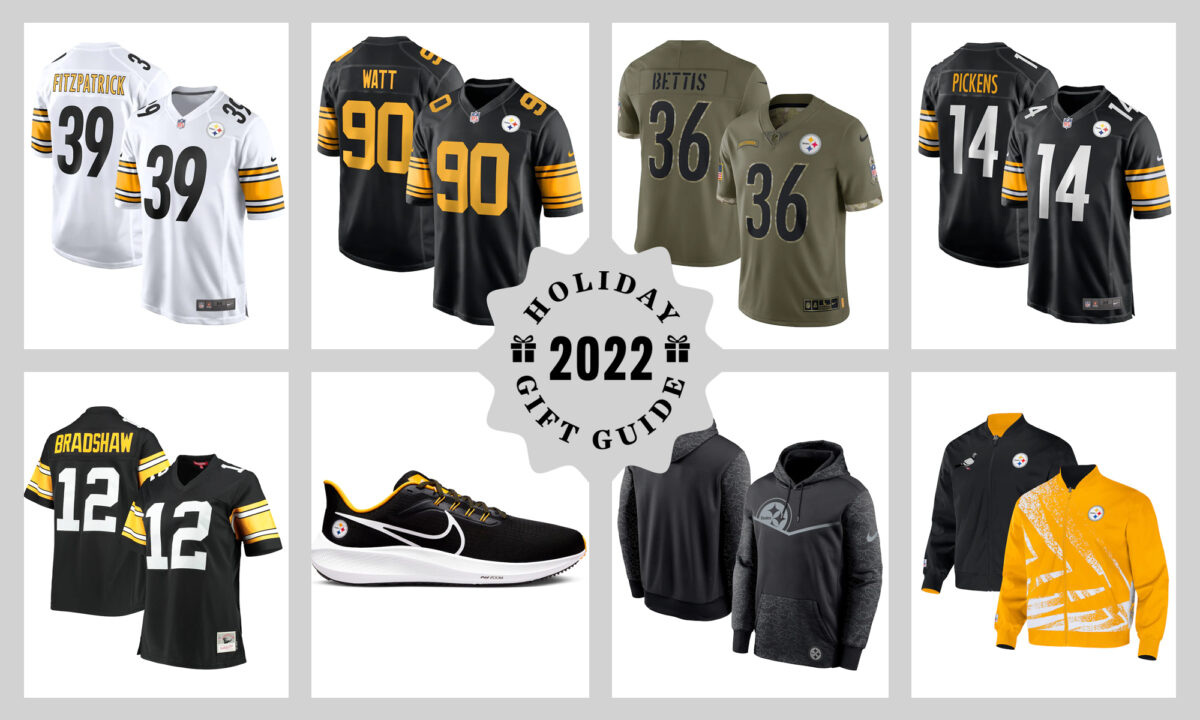 Pittsburgh is off to an up-and-down start this season, but Steelers Wire is here to give you a reason to celebrate this holiday season.

Whether you’re all in on the 2022-23 playoff push or just love to reminisce about the days of Terry Bradshaw, Franco Harris or Troy Polamalu, we’ve got you covered with our list of best Steelers.

Fanatics is offering 30% off all orders on Cyber Monday, so take at least 30% off the prices in the list below and get the perfect gift for the Steelers fan in your life.

A prominent player with his leg wrapped in ice has a tendency to turn some heads, and it did at Pittsburgh Steelers practice on Monday. 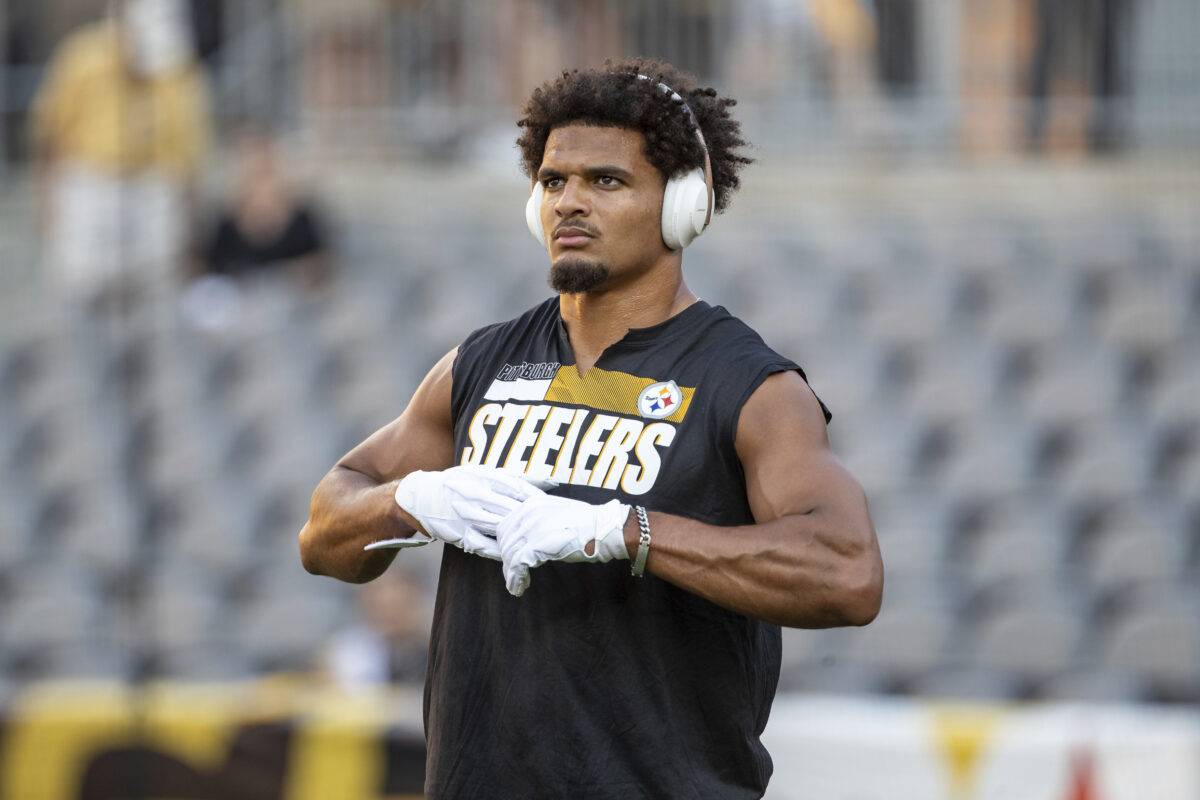 A prominent player with his leg wrapped in ice has a tendency to turn some heads, and it did at Pittsburgh Steelers practice on Monday.

Steelers safety Minkah Fitzpatrick was spotted with an ice-wrapped leg but head coach Mike Tomlin says there’s nothing to fear.

In the Steelers’ third preseason game on Saturday, Fitzpatrick played in 22 snaps.

There’s nothing to see here. Move along.

Minkah Fitzpatrick didn’t practice today and had a leg wrapped with ice at one point, but coach Mike Tomlin said he’s fine.

One year ago, the Pittsburgh Steelers made a blockbuster trade that brought their defense back to life. 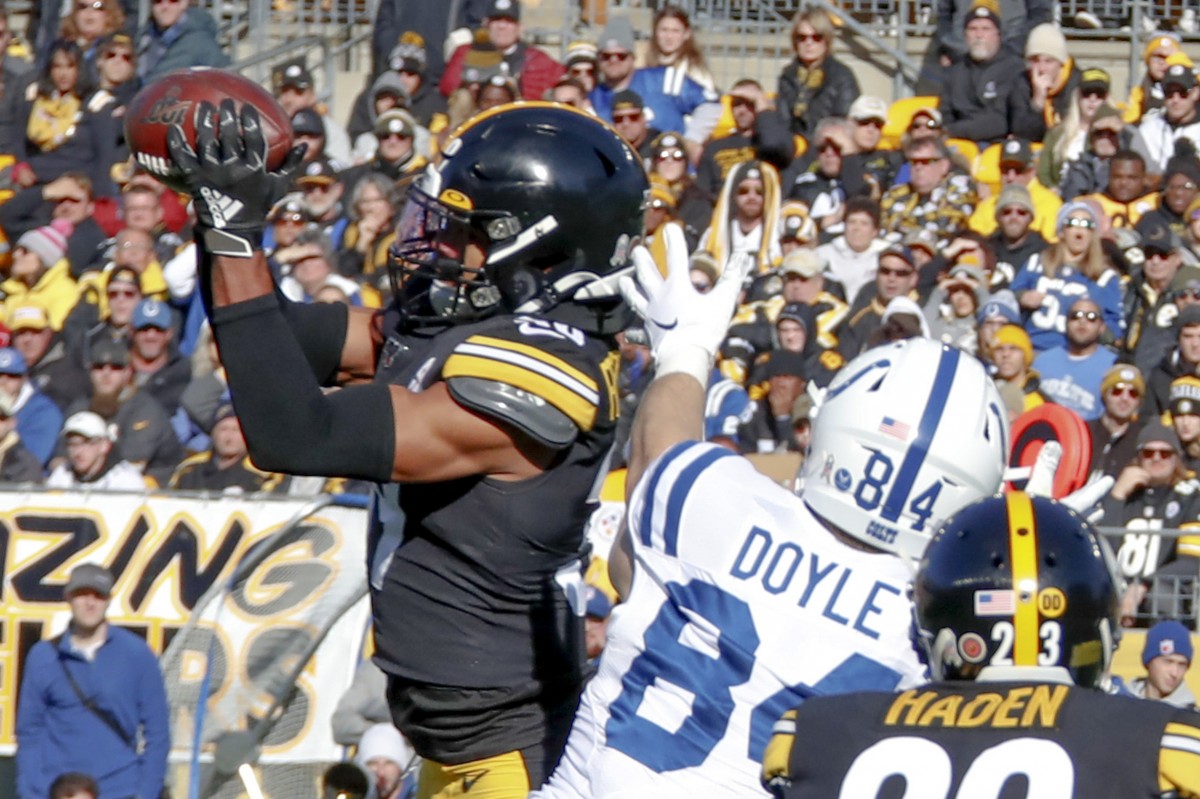 The Steelers defense played terribly in early 2019. They allowed 640 passing yards and surrendered 61 points to the opposition in the first two weeks. While Devin Bush and Mark Barron recovered two fumbles, the turnover ratio was nothing compared to what was coming.

One year ago, in an un-Steeler like move, Pittsburgh made a bold statement in the form of a trade with the Miami Dolphins. They sent a 2020 first and fifth-round to Miami in exchange for Fitzpatrick and a fourth-rounder (guard Kevin Dotson).

As a result of the blockbuster trade, the Steelers still have a sixth-rounder in 2021, and the Dolphins a seventh.

Early on, there were questions about whether Pittsburgh gave up too much. They were 0-2 when they acquired Fitzpatrick and didn’t get their first win until Week 4. Initially, it appeared the Steelers might be parting with a high first-round draft pick. As it turned out at the season’s end, it was No. 18.

In hindsight, Pittsburgh easily won that trade — especially considering all the big names traded for first-rounders this summer.

Upon Fitzpatrick’s arrival, the defense came to life. Despite having just landed in Pittsburgh days earlier, he made immediate contributions in the Steelers Week 3 matchup versus the undefeated San Fransisco 49ers. Minkah picked off Jimmy Garoppolo, forced a fumble, and notched four tackles.

The week after he twice intercepted his former team, Fitzpatrick took an interception 96 yards for the second-longest pick-six in franchise history.

By the end of the season, Fitzpatrick ranked fourth in the league with five interceptions (two for touchdowns) and third with 130 interception return yards. Four of those interceptions came at Heinz Field. He logged 43 tackles and two forced fumbles. Of Minkah’s three fumble recoveries, two were taken a total of 79 yards, and one went for a score.

The All-Pro joined T.J. Watt and Cam Heyward as Steelers defensive reps in the 2020 Pro Bowl.

While we await Fitz’s 2020 highlight reel, here are his 2019 highlights compiled by the Steelers for your viewing pleasure.